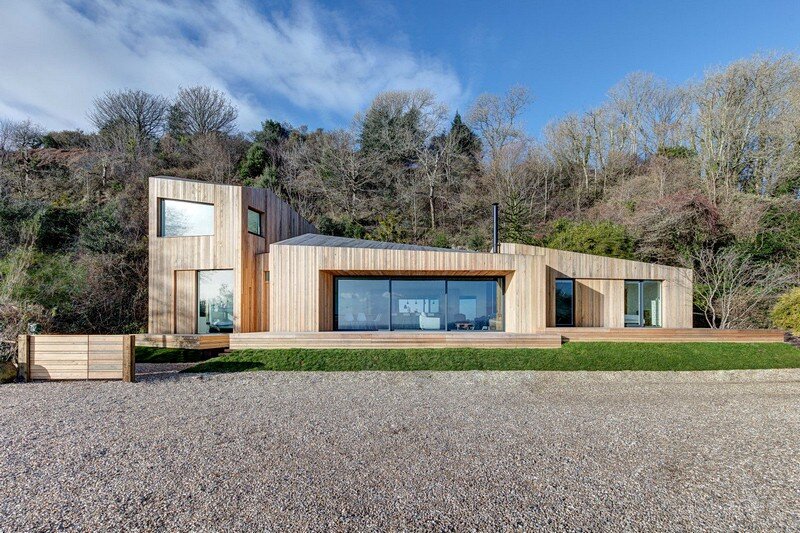 AR Design Studio was approached by the clients who were looking to extend their holiday home on a cliff top on the South Coast. Half way through the planning process, the existing house catastrophically broke in half one night during a landslip.

AR Design Studio was then tasked with designing a completely new home – The Crow’s Nest; the idea of movement and fracturing formed the backbone of the concept. Working closely with engineers Eckersley O’Callaghan, an imaginative structural solution was proposed to prevent future failure. A concrete slab was built into the ground, a series of strategically placed dwarf walls were then built on top of it.  A floating structural frame was then laid on top of the walls to act as an adjustable raft in case of future movement. Beneath the frame, there are specific places for mechanical jacks to be positioned so that the house can be securely releveled. 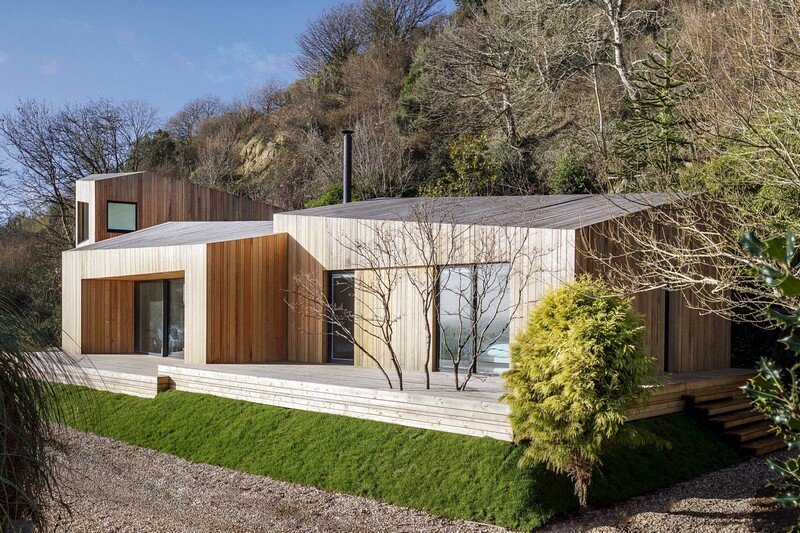 The design concept starts as a traditional cabin-like-form that then splits, twists and rotates, resulting in four pods. The outcome is a beautifully haphazard rough-sawn larch clad house that silhouettes against the wooded backdrop. The clearly defined entrance pod, the smallest of the four, guides you through the hallway into the central pod; the main living space comprising of kitchen, dining and living room. The extensive sliding glass draws one into the stunning coastline setting, with uninterrupted views of the English Channel beyond a floating timber deck. The tower pod houses the large open plan master suite, situated on the first floor above a children’s bedroom, utility room and shower room on the ground floor. The right-hand pod, at the opposite end of the house, consists of the guest quarters; a bedroom, two bunk rooms, and a bathroom. This entire section of the house can be closed off when not required. 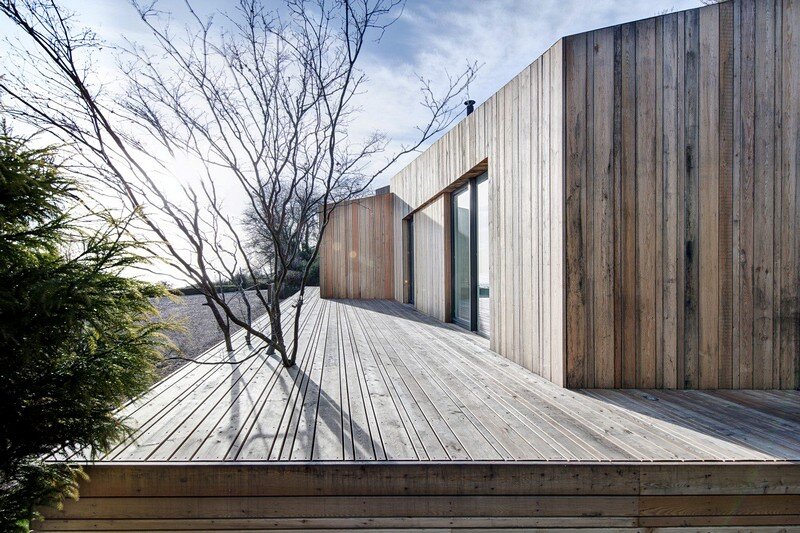 The result is a playful and calm space for the owners to enjoy weekends with family and friends whilst taking in the spectacular and isolated location in which it sits. 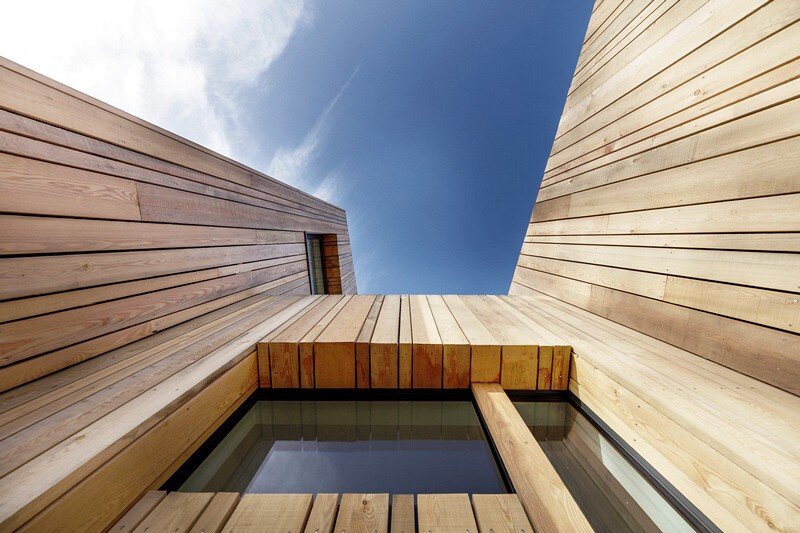 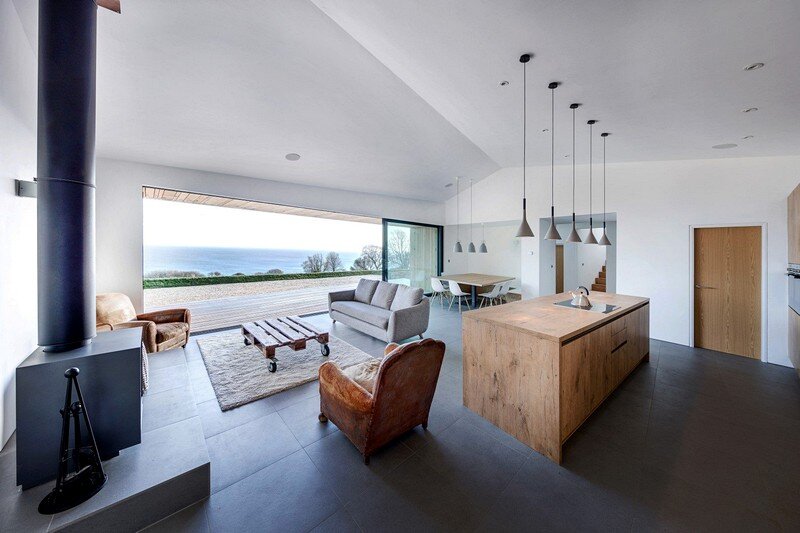 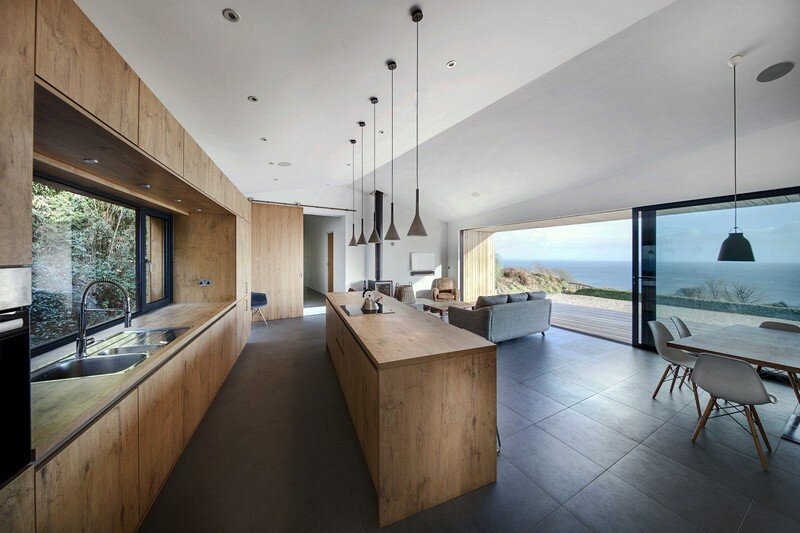 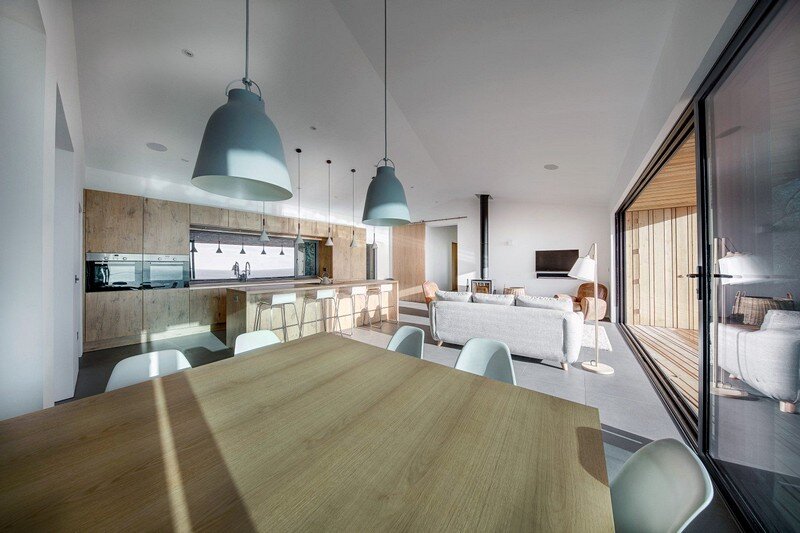 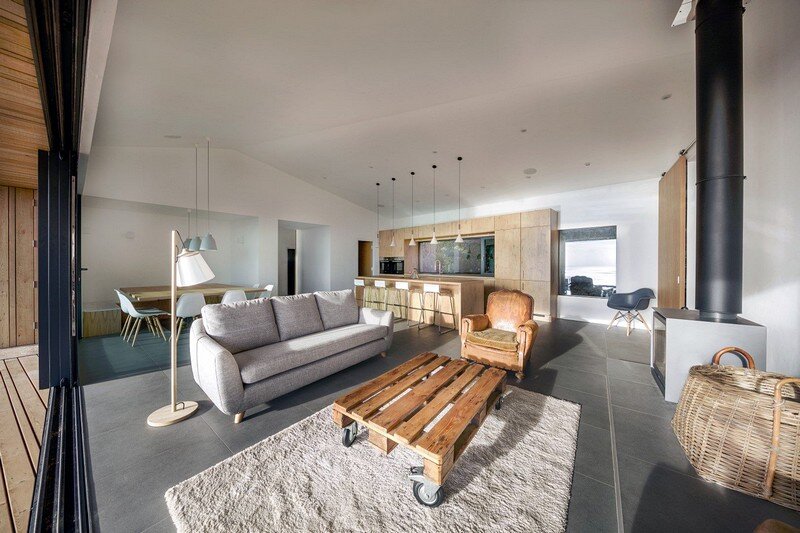 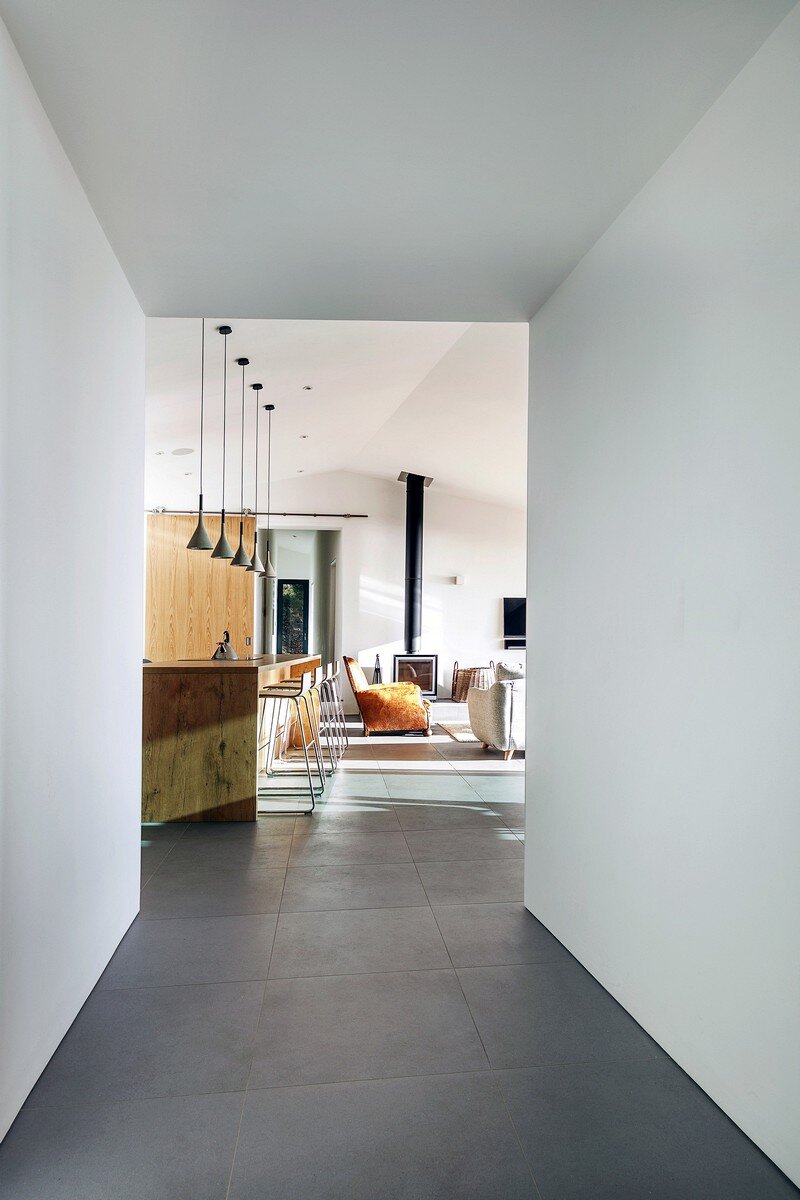 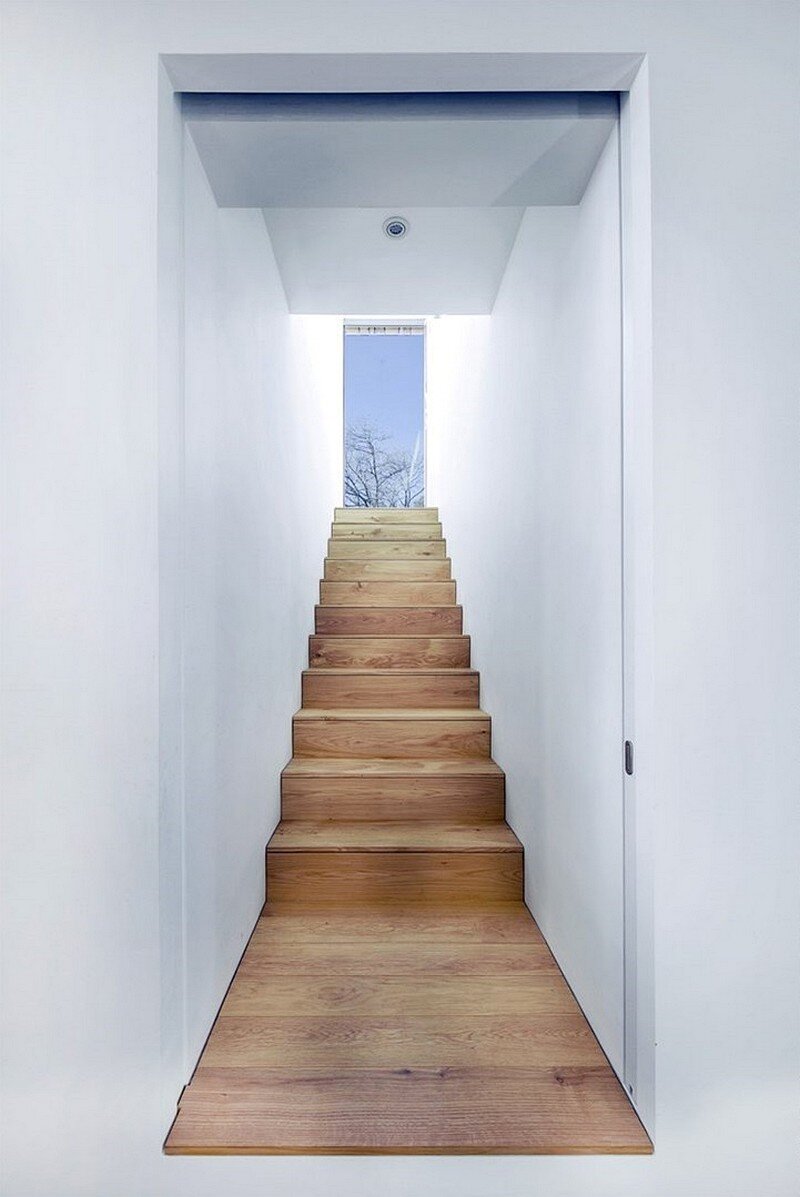 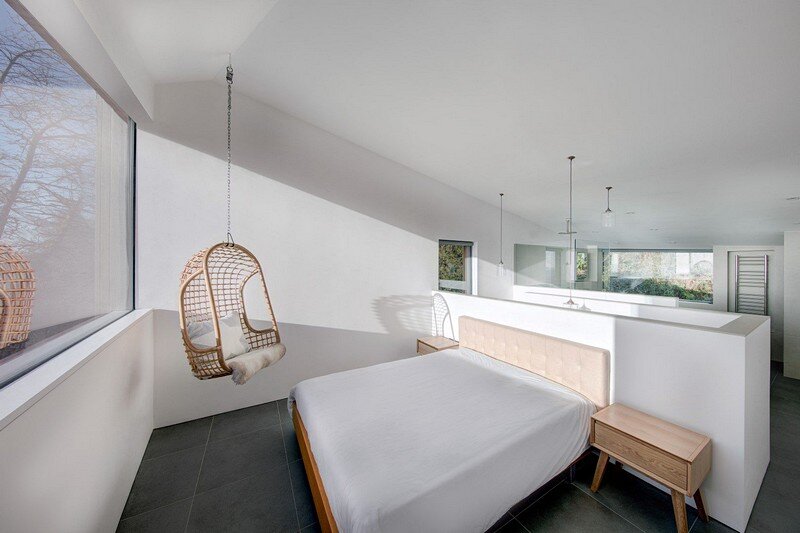 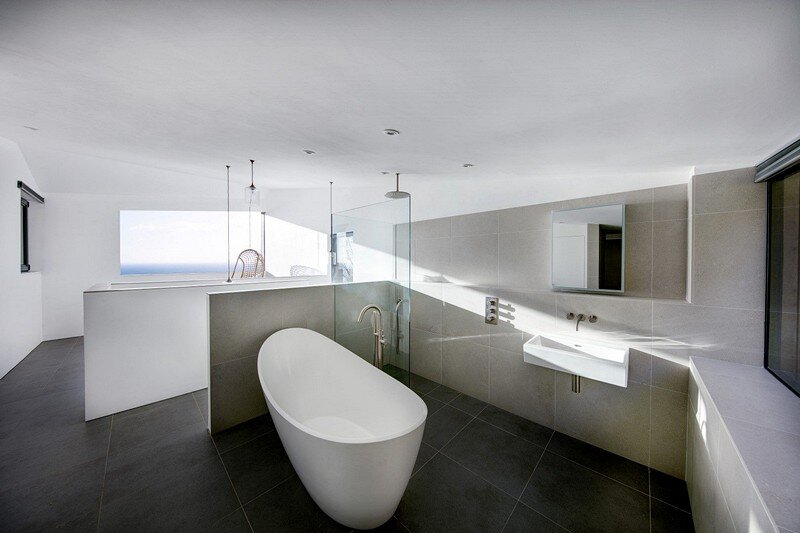 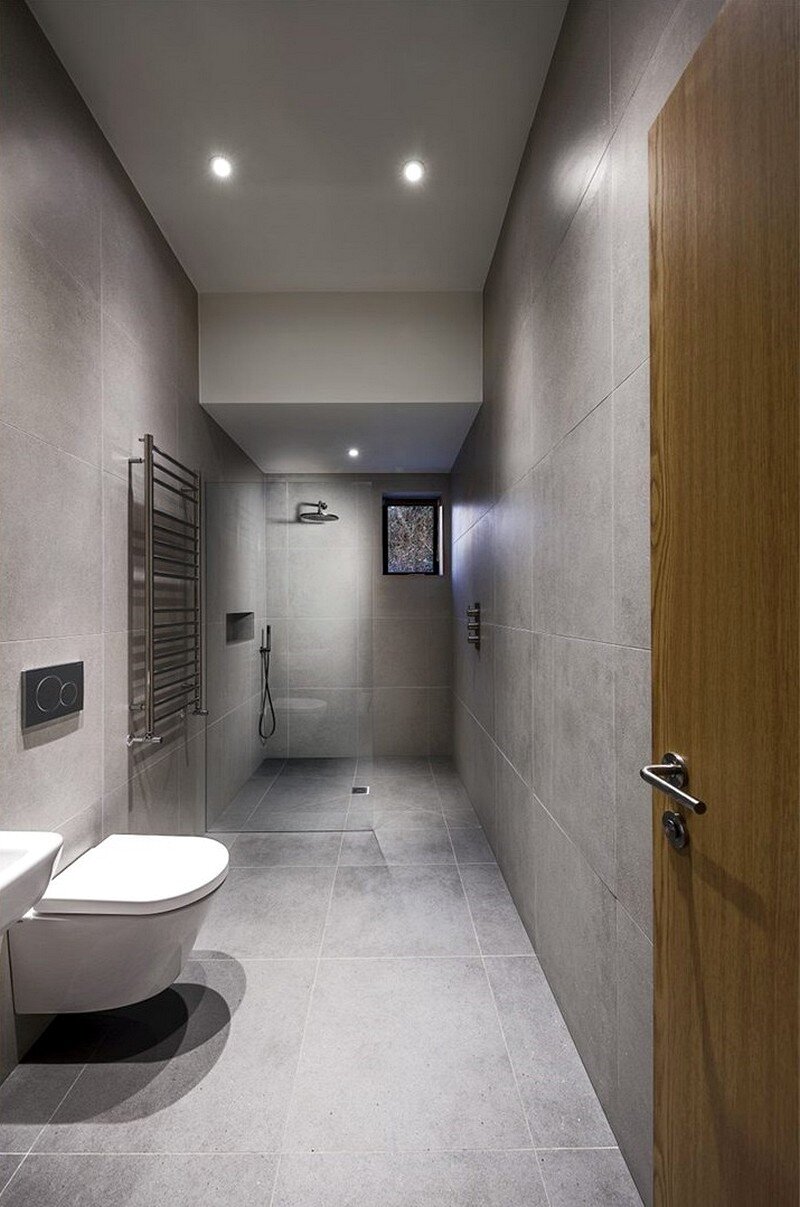 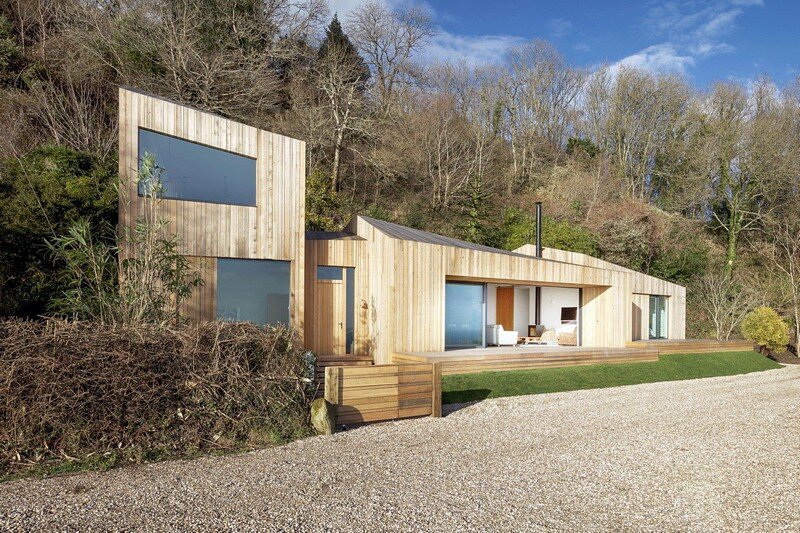 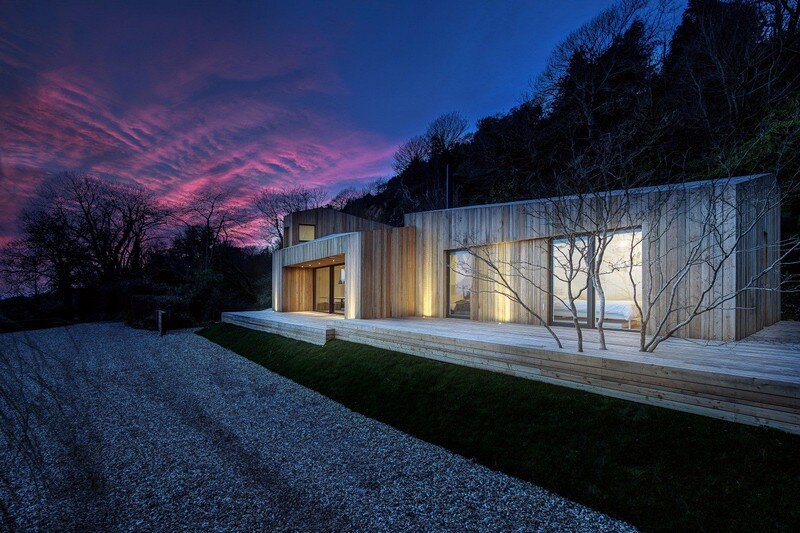 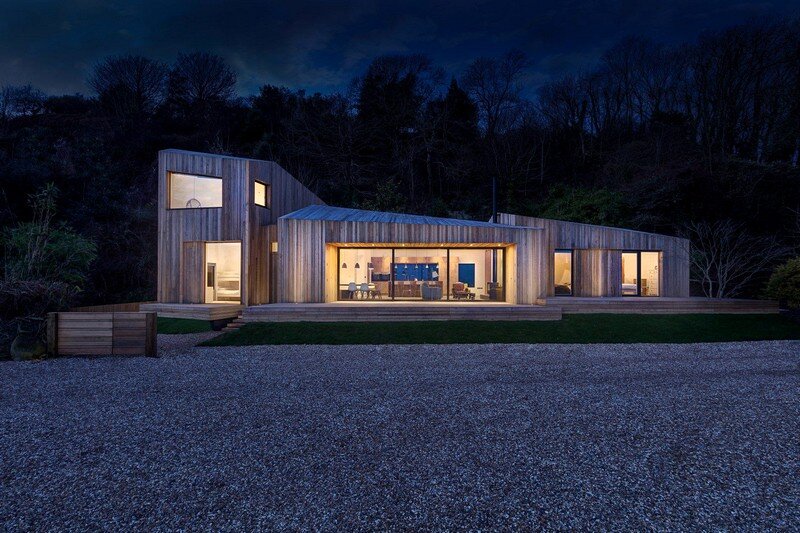