Thoreau Cabin was rebuilt recently by Dutch architects from CC-Studio.

Description by CC-Studio: As part of the 5900 acre Noorderpark just north of the city of Utrecht the shelter serves as dry and warm refuge from the wet Dutch climate for the group of volunteers who help maintain the estate and doubles as a storing place for the necessary gardening tools and maintenance equipment. 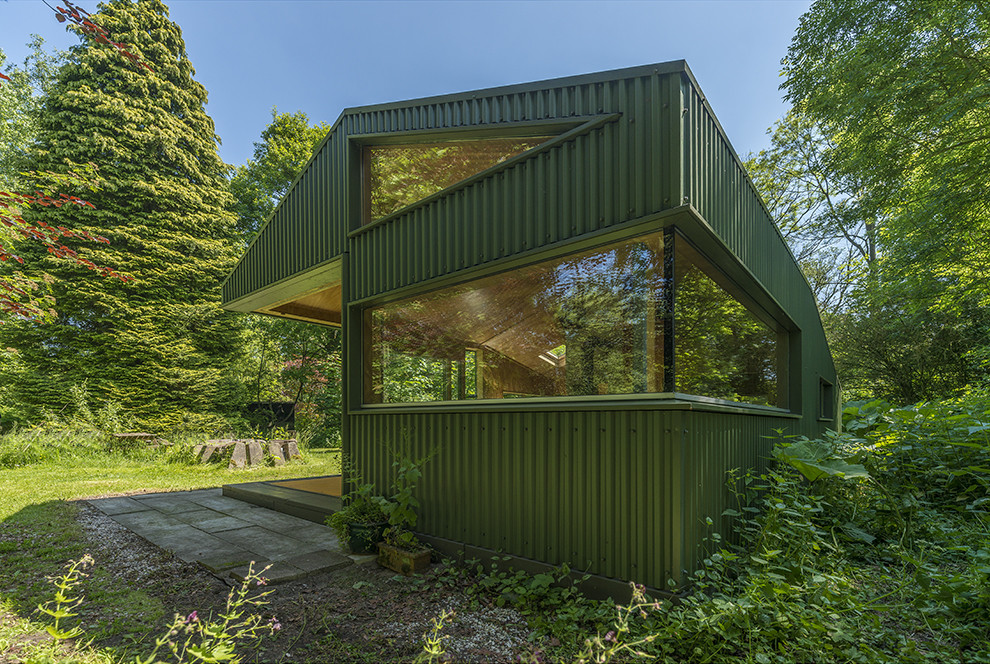 Well hidden in its lush green surrounding and encroaching foliage, rich of flora and fauna, the Thoreau Cabin has been molded so that the lower part and roof that face the incoming path only reveal its presence at the last moment. In the opposite direction two very large sliding doors open up the entire corner of the building so that it’s interior becomes part of the open space around it; a little green meadow where sheep graze to keep the young trees at bay. 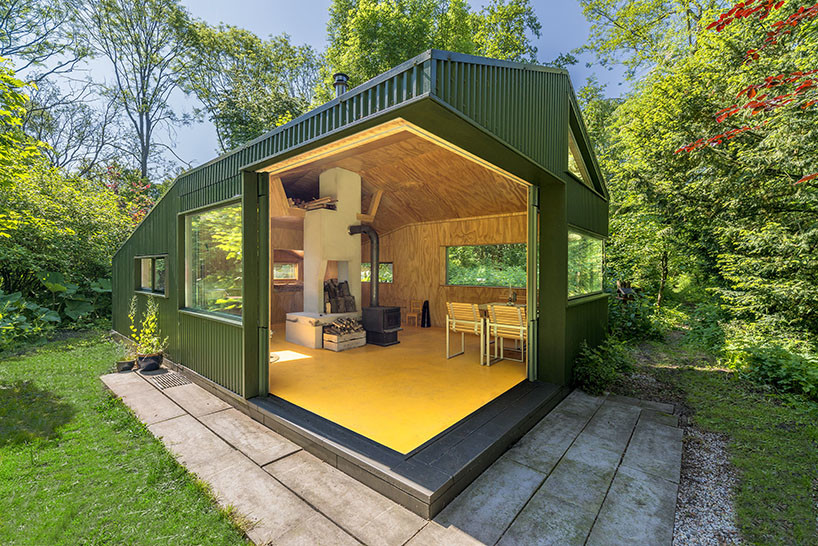 The 35 m2 hide out, built originally in 1966, needed no permit to be renovated if replaced by a new structure with similar seize and function. It has neither running water nor electricity. Local wood is used to fire up the cooking facility and the fireplace. 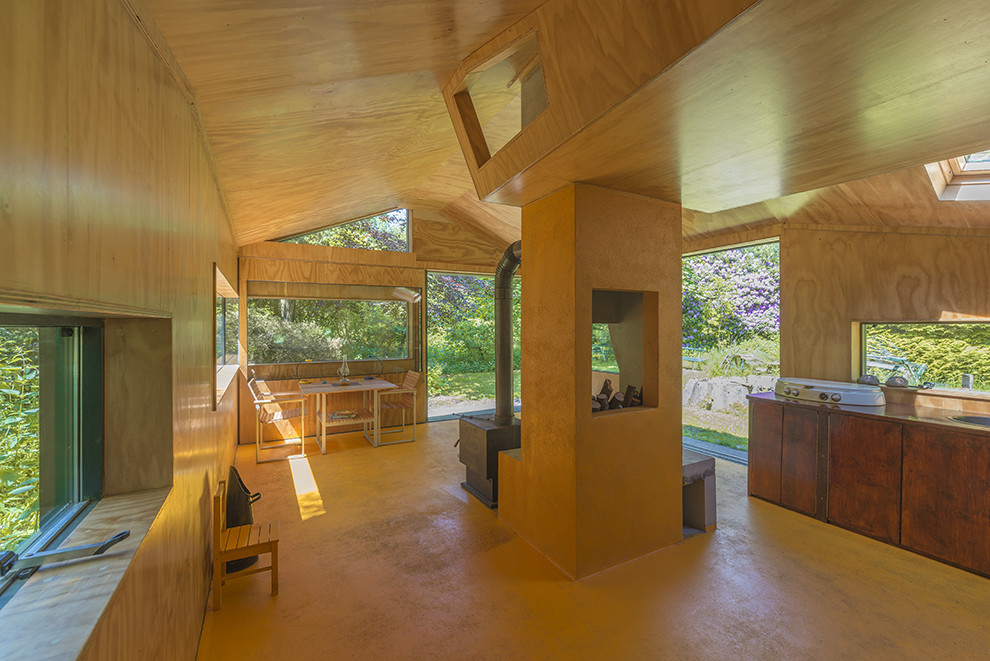 The layout consists of a small storage, a washroom with washbasin, and a larger general space that includes the stove and chimney sculpture. Together they form a tree like roof support structure that is covered by a green aluminum envelope creating a protective yet open canopy that blends into its natural surroundings. The architecture of the barn has the same simplicity as the surrounding land. 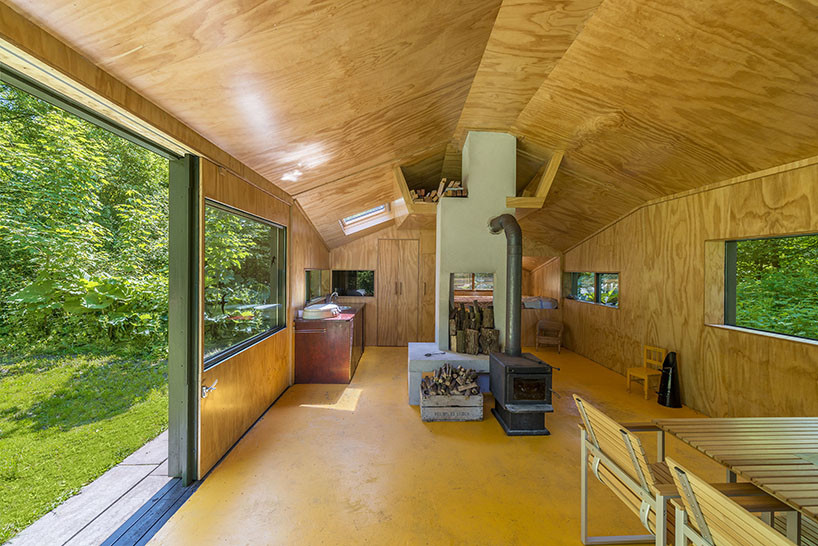 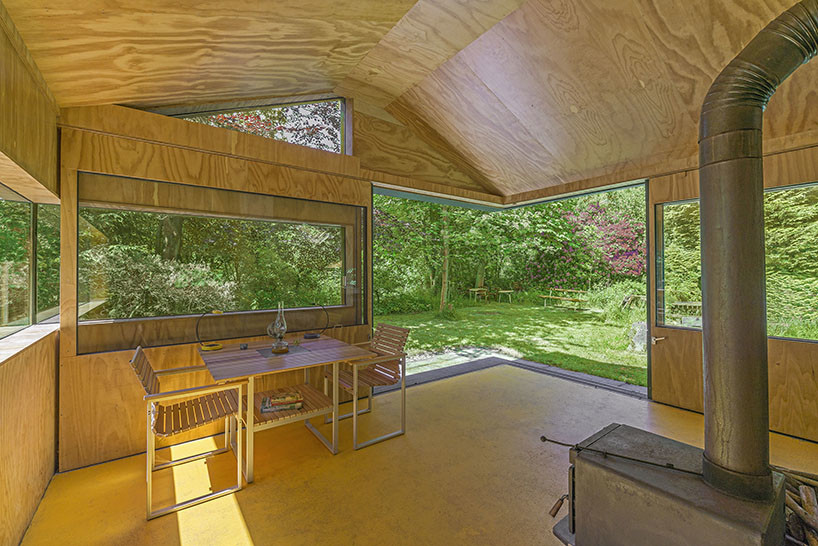 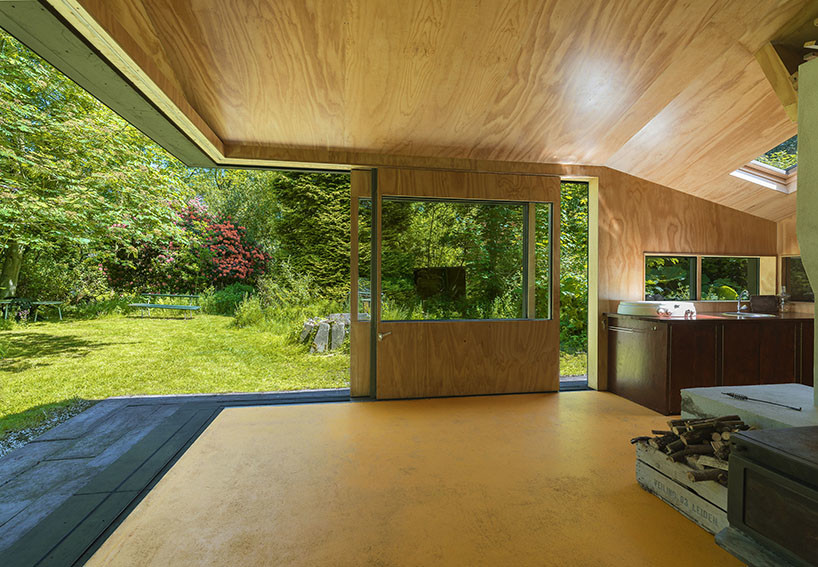 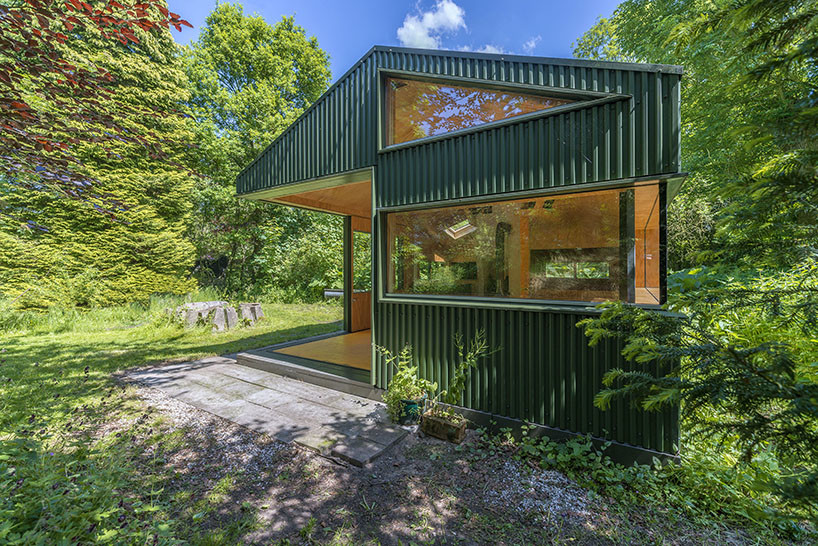 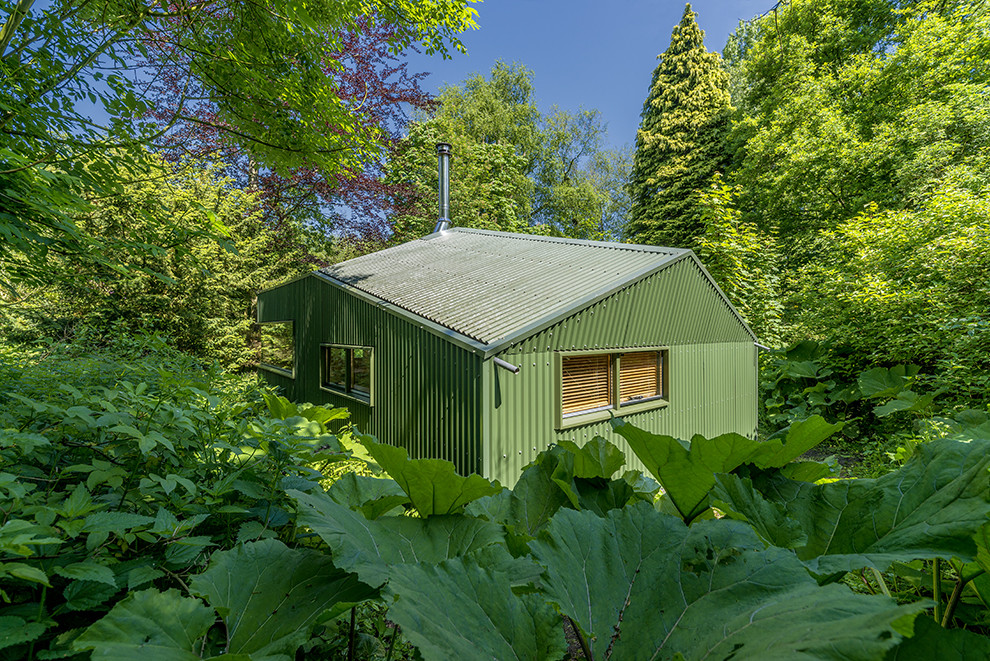 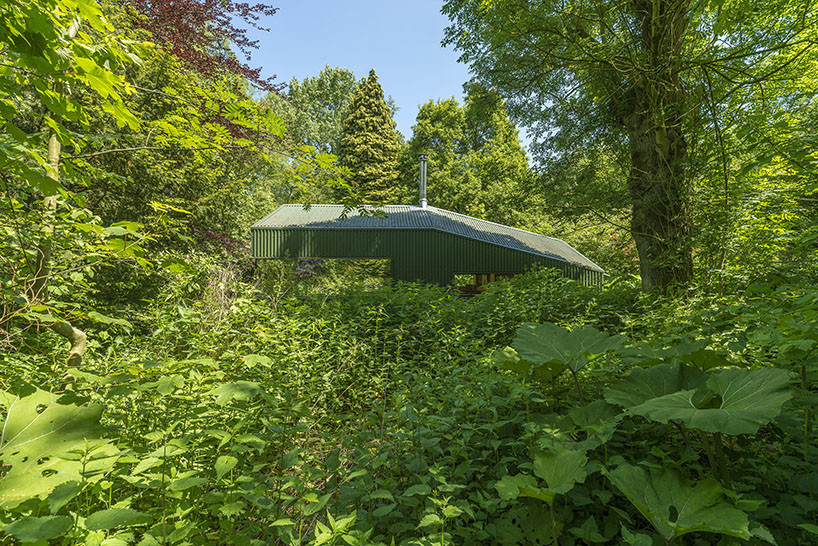 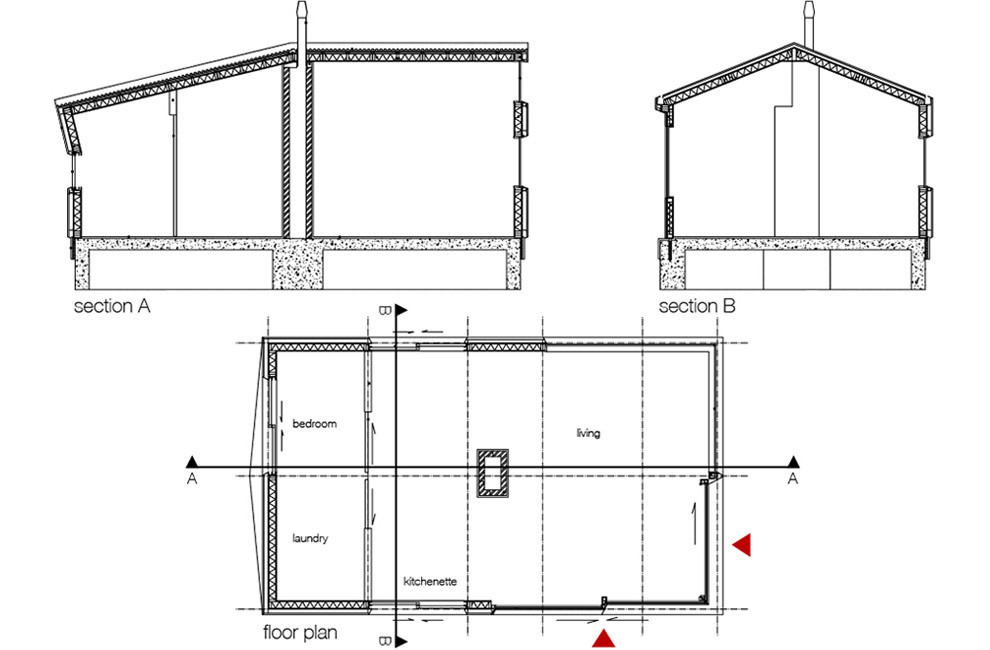 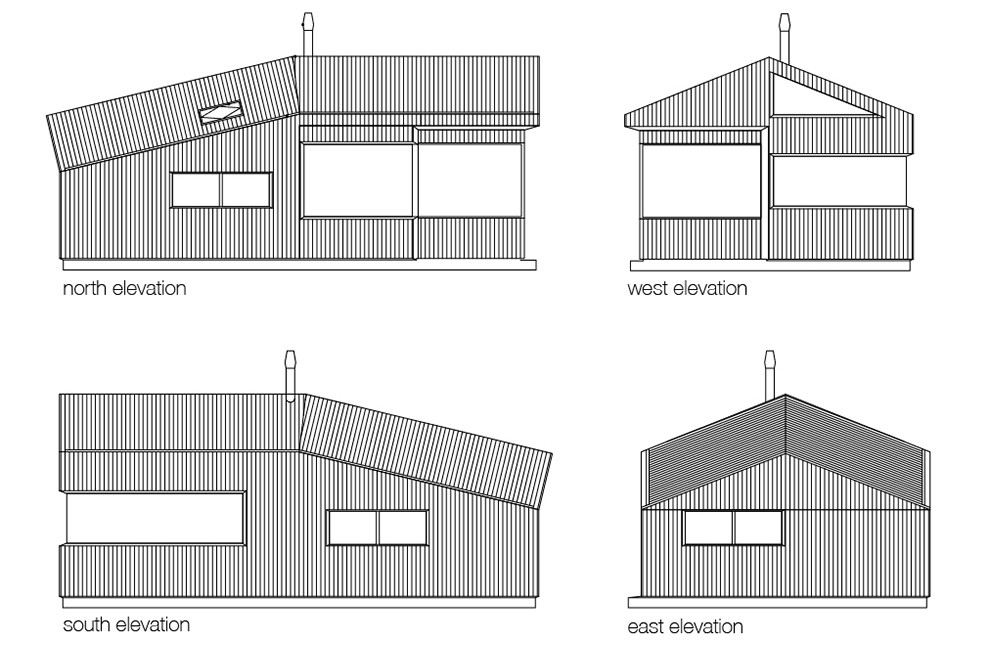 Scaffolding Structure – The Stairs to Kriterion in Rotterdam

The House of Artist Casper Faassen by Jeroen van Zwetselaar 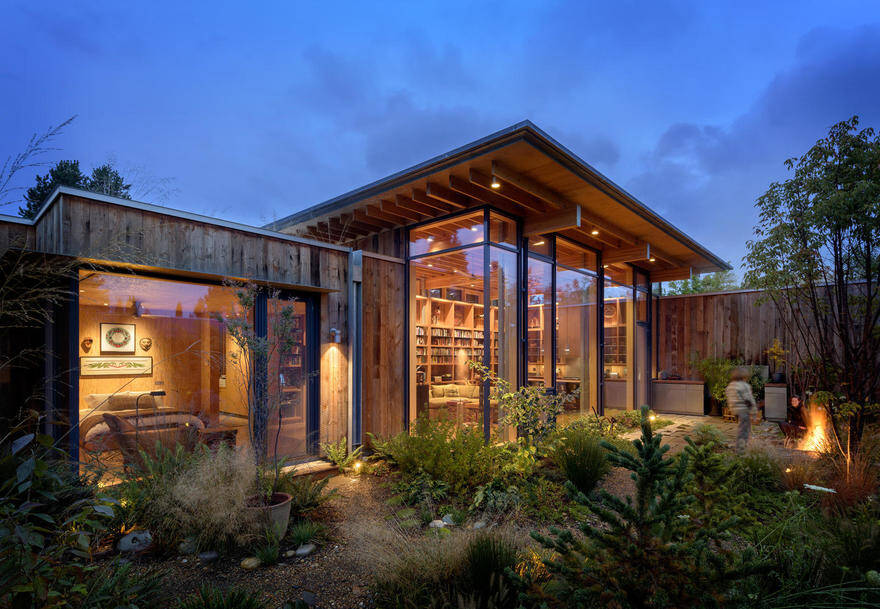 October 23, 2018
Located in one of Seattle’s most established residential areas, City Cabin’s design answers the client’s desire for a private urban retreat that would connect her to nature. Siting the 2,400-square-foot house on the northwest corner of the lot maximizes garden areas on the south and east sides.