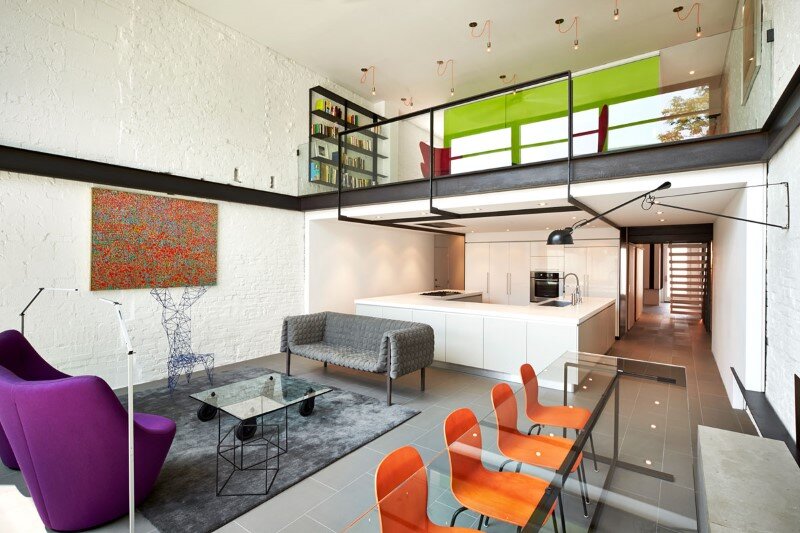 Salt and Pepper House is located in Washington and was designed by KUBE Architecture.

Description by Kube: The Owners of this home love to cook, and their first requirement was a “cook’s kitchen” as the centerpiece of the house. In addition, they have a strong color preference for black and white. Thus the concept of “salt and pepper” was developed as an inspiration for the design palette. The Owners are also art collectors, so the display of art in the house was another critical component. White walls with black framing elements became a logical extension of the concept. 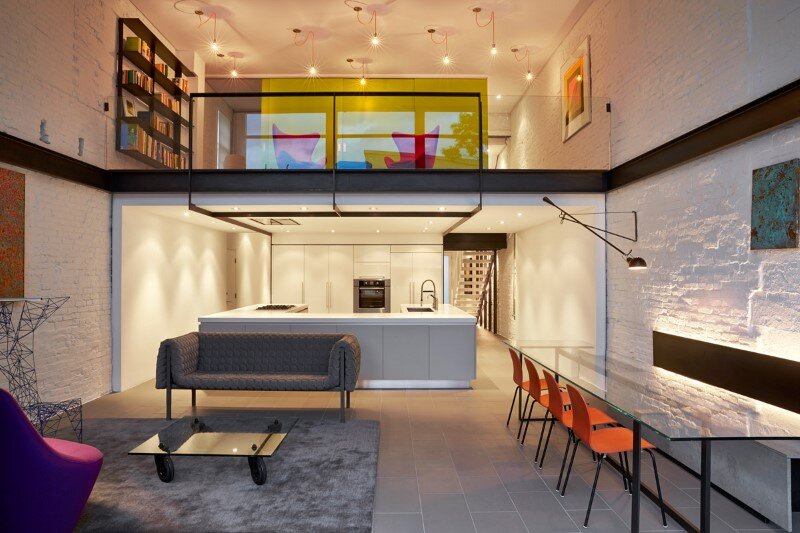 The Owners were also looking for a place of calm and relaxation, with the flexibility to transform into an entertainment space for their many gatherings. The need to open up the traditional walled-in rowhouse became apparent. The rear second floor was removed to allow for a double-height wall of windows and sliding doors which connects the 2-story living space to the new rear garden. As a gesture to the Owners’ love of art, steel was used as both a structural and decorative element in the house and garden. “Pops” of color sprinkled in to add some spice to the composition. Visit KUBE Architecture. 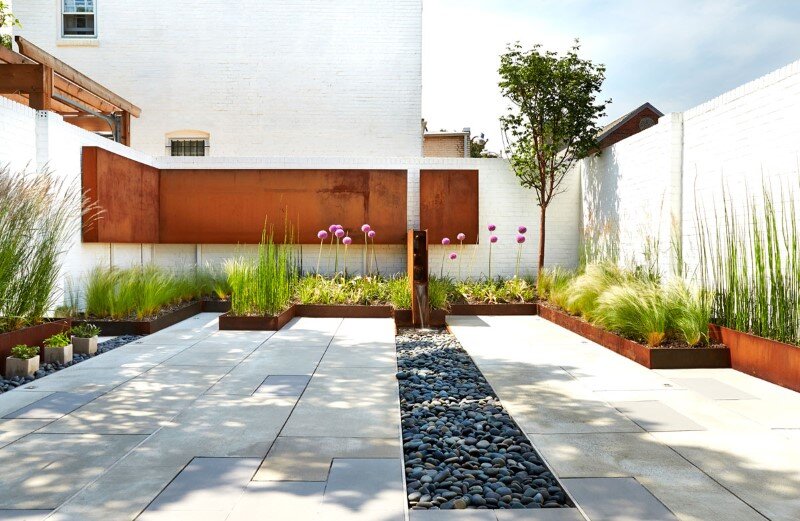 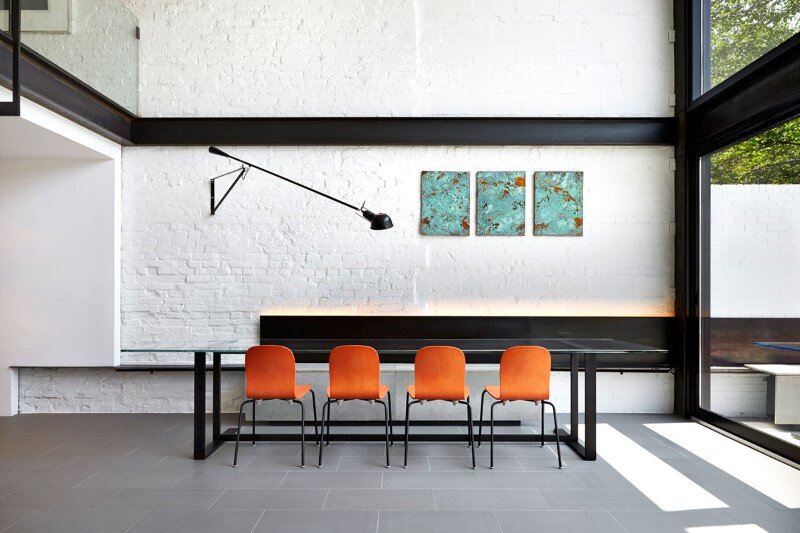 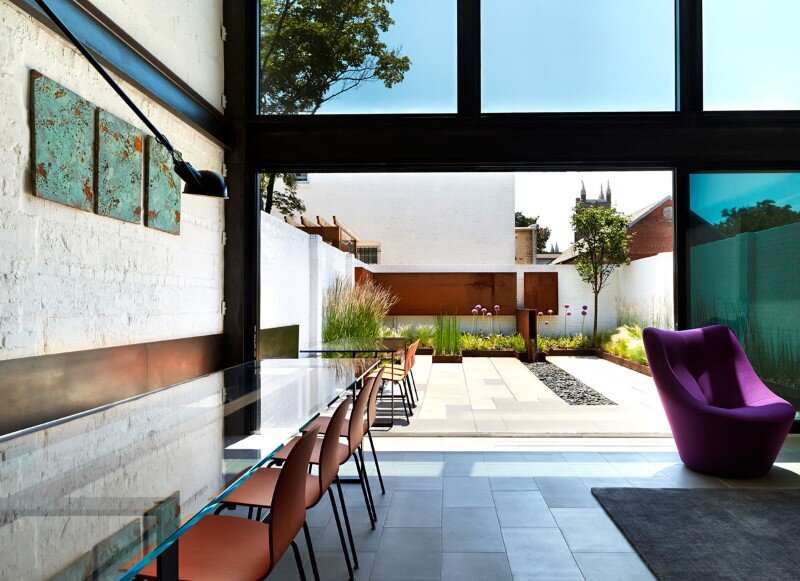 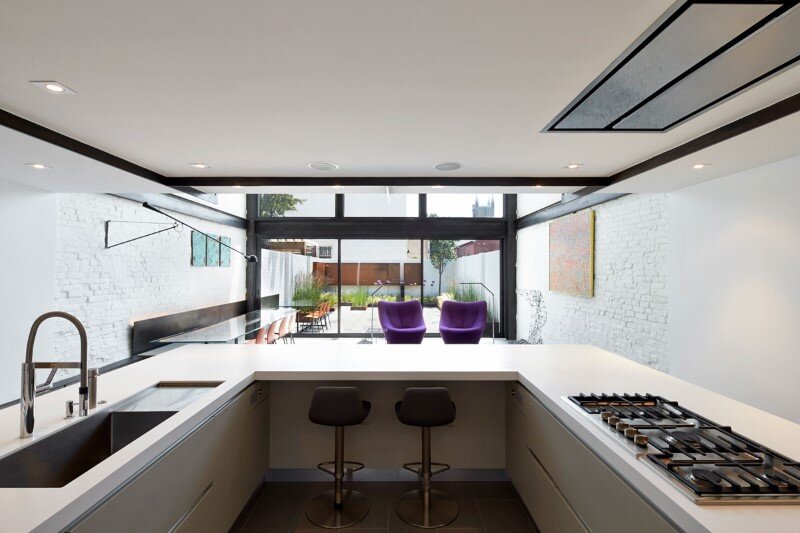 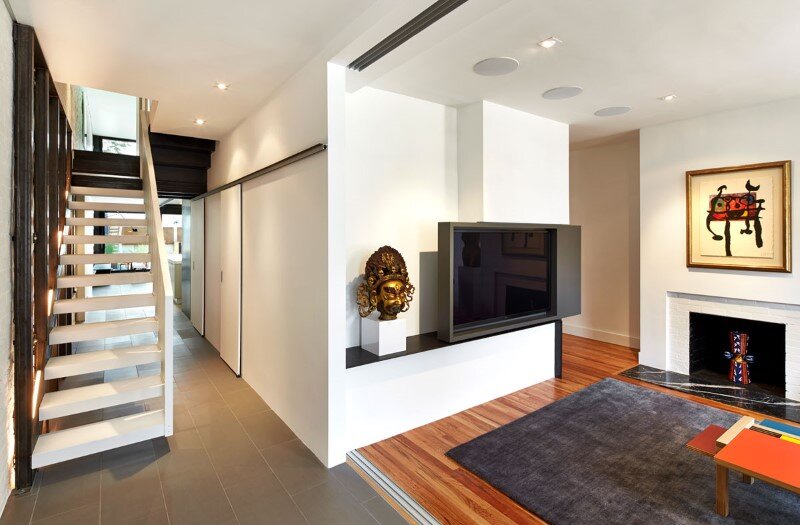 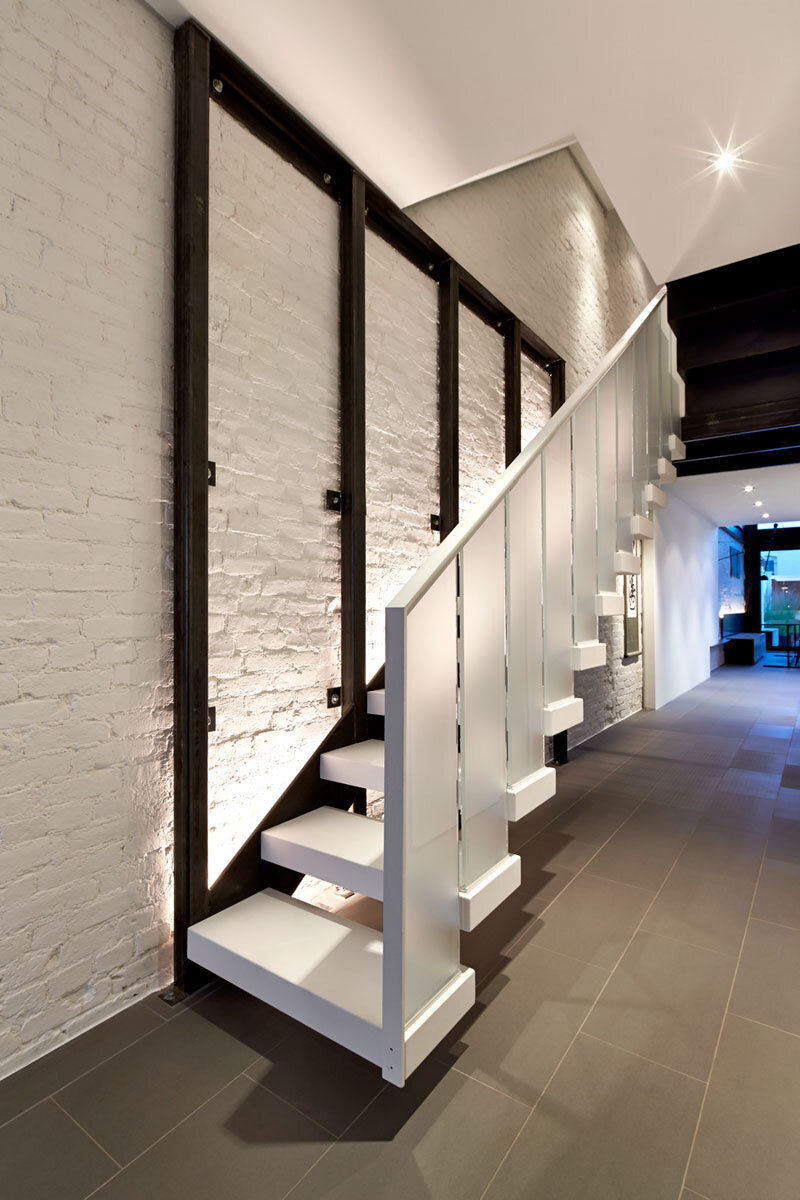 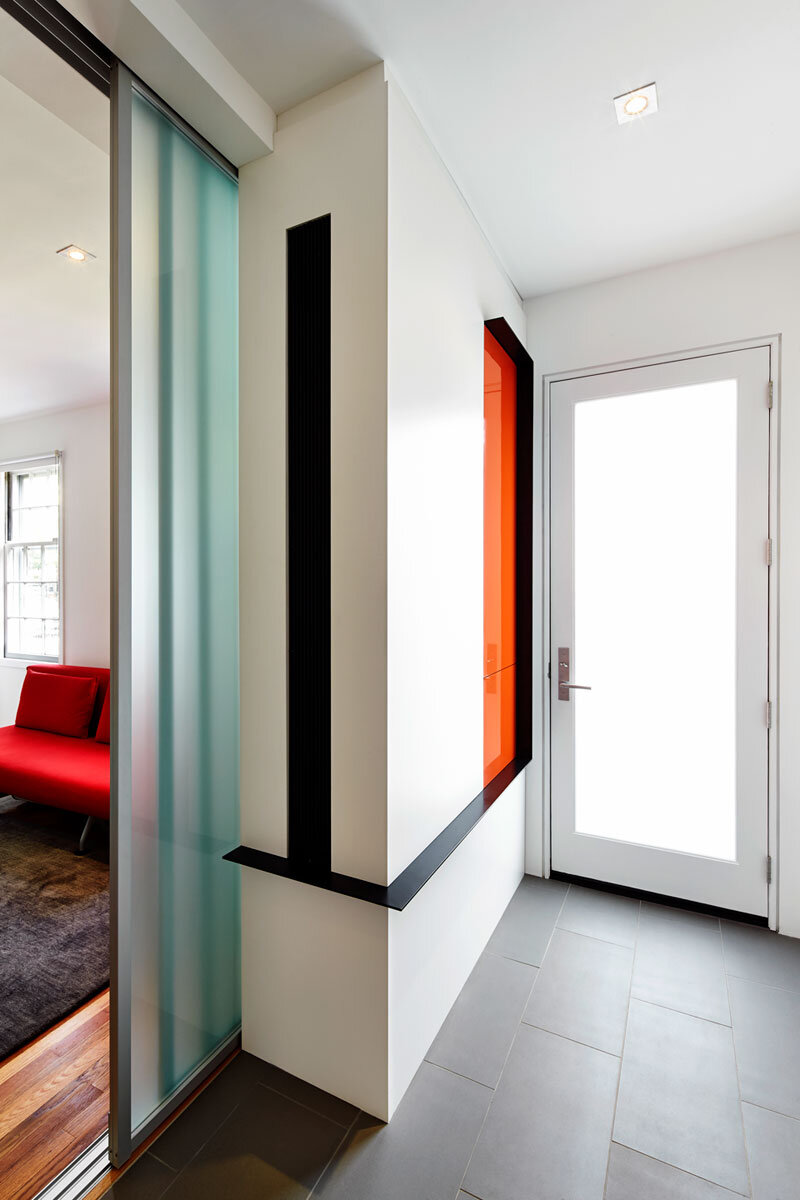 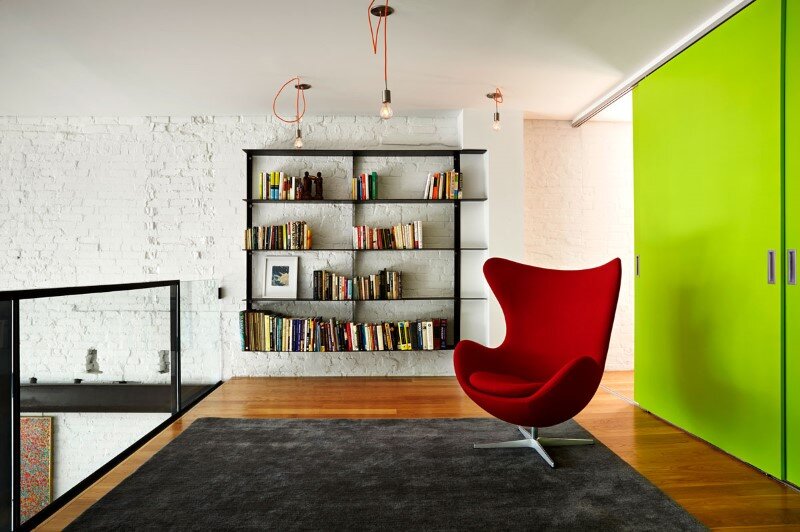 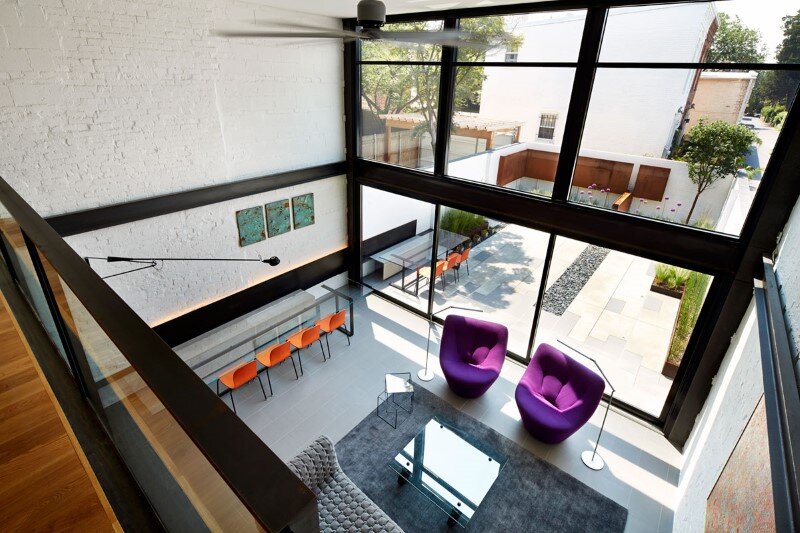 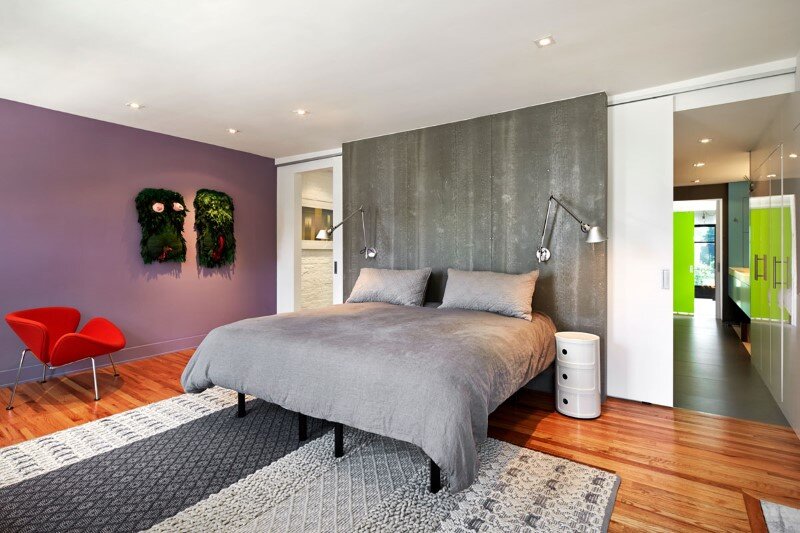 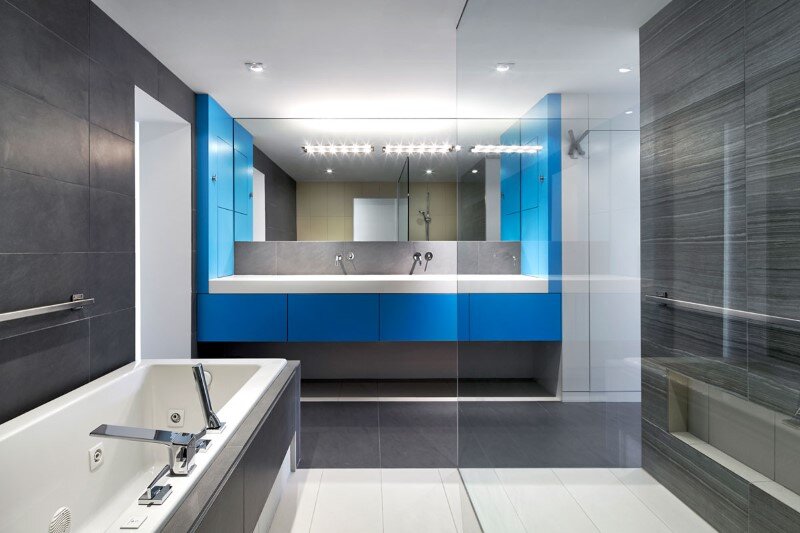 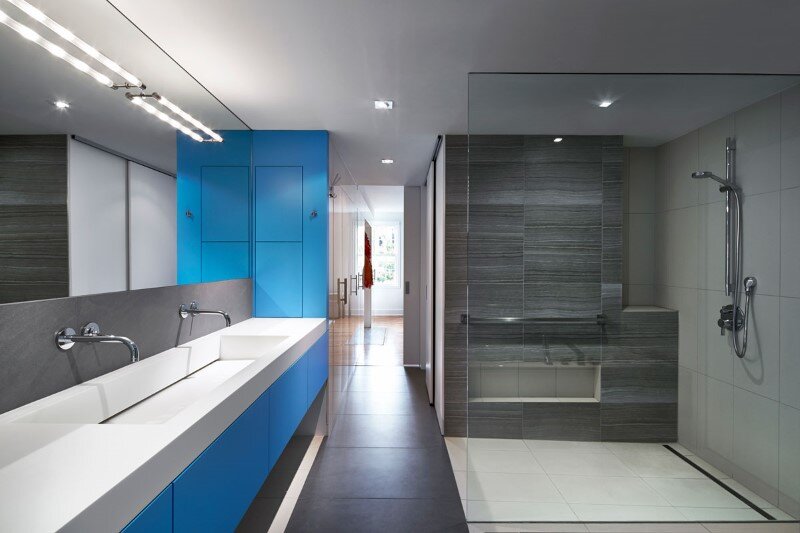 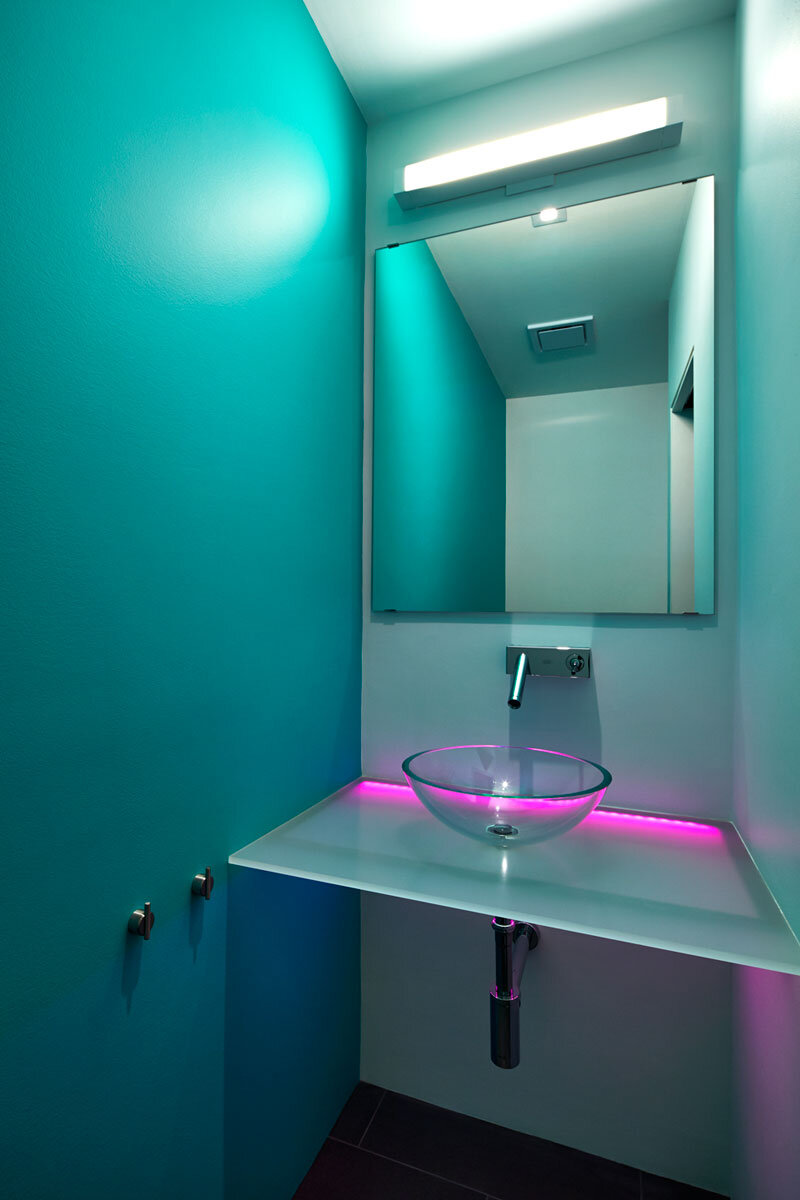 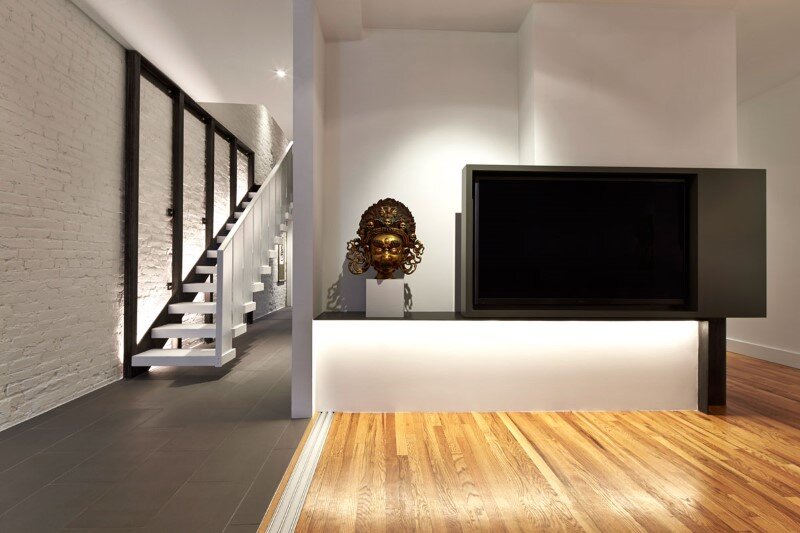 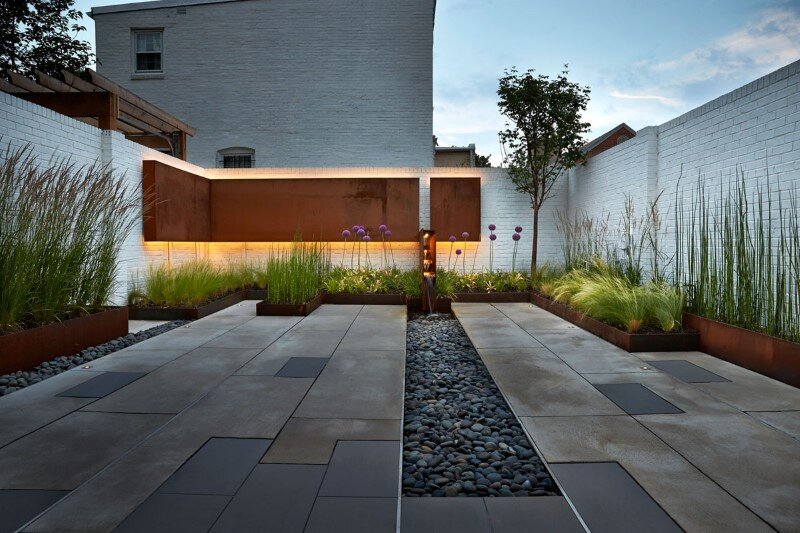 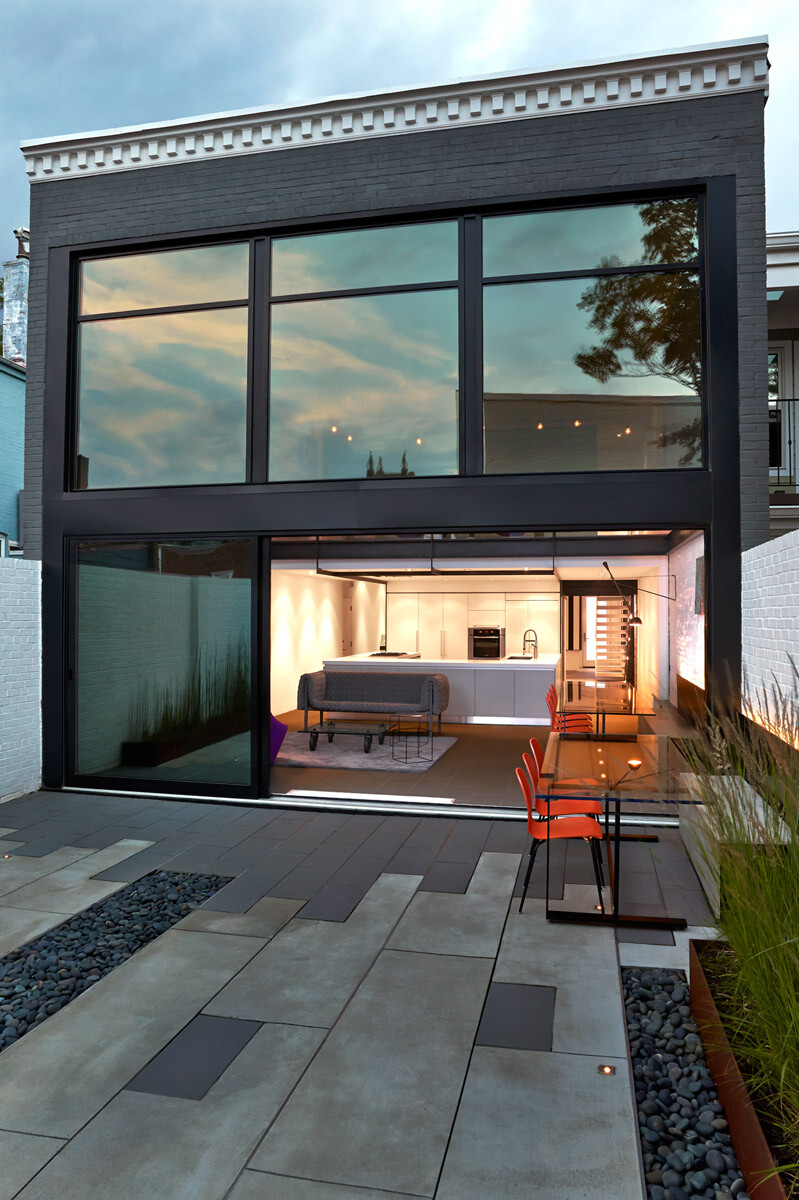 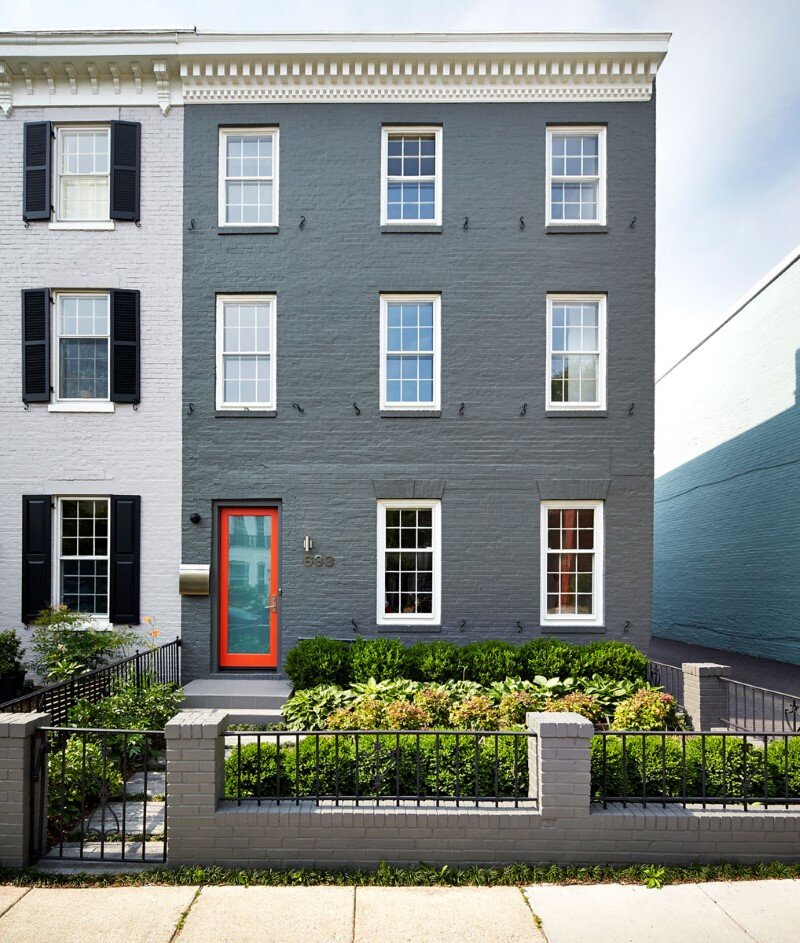