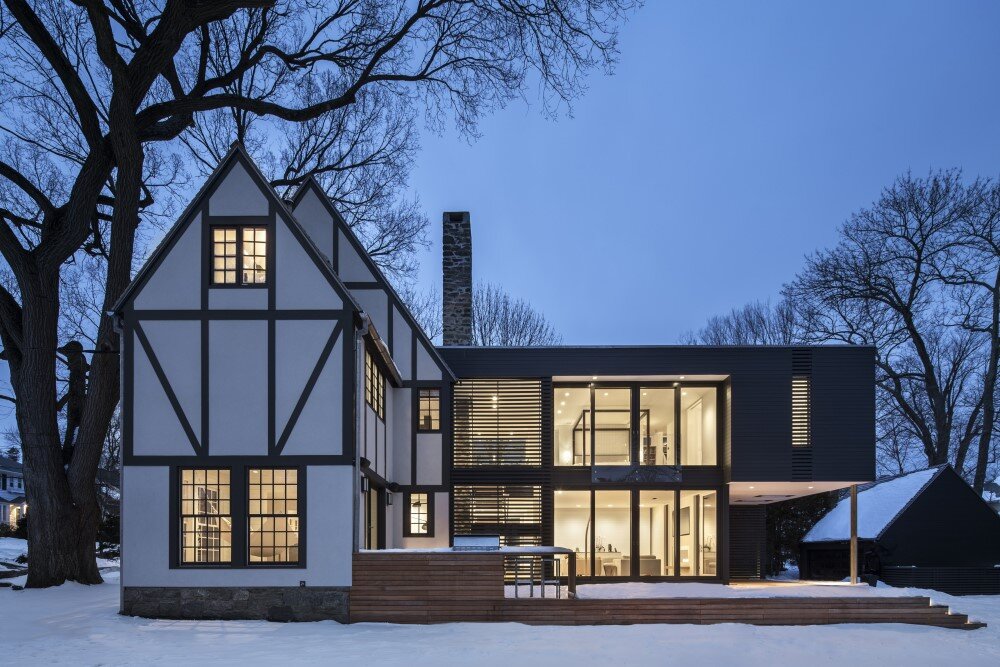 The restoration project and spatial extension of this Tudor-style residence from Rye, New York, was developed by Joeb Moore & Partners Architects. The addition responds to the key parameters of the existent house and it tries to maximize the use of the habitable site. Also, it was taken into account the preserving of the nature and history of the house in its context of neighborhood. 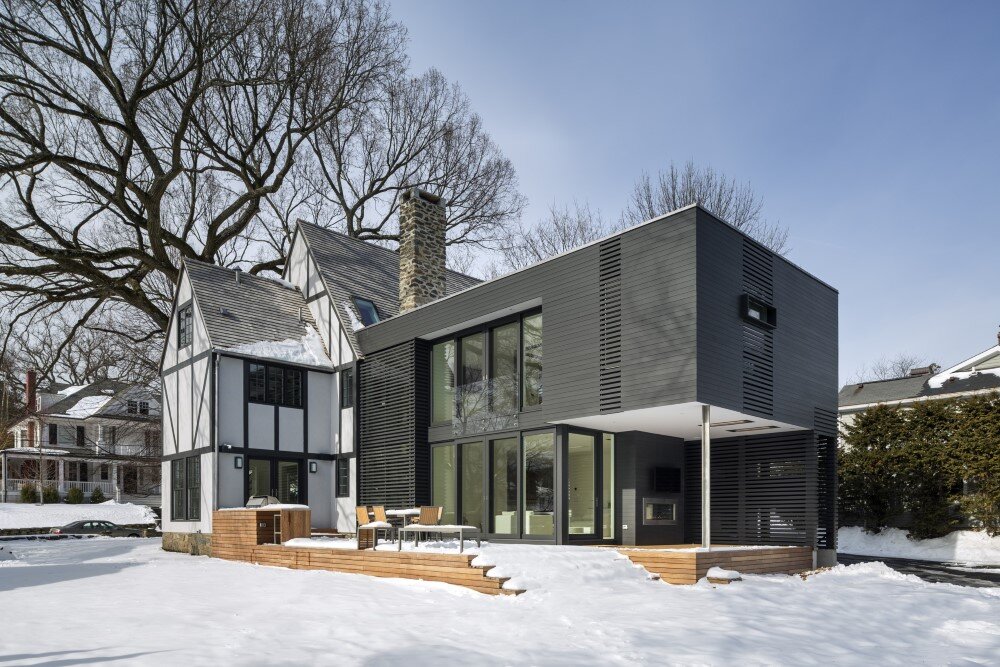 The addition of a simple rectangular building body is designed to contrast and compliment the original Tudor House. A glass stairway in makes the transition between Tudor house and the new rectangular body, emphasizing the contrast between the old stone wall and new white wall. The new body of the house is covered in black cedar plank, being compatible from this point of view with the old house which has in turn black cedar beams. The rectangular shape is extended with a spacious terrace equipped with fireplace and a small kitchen. The unified design of the new residence provides a symbiotic relationship between traditional and modern, between old and new. 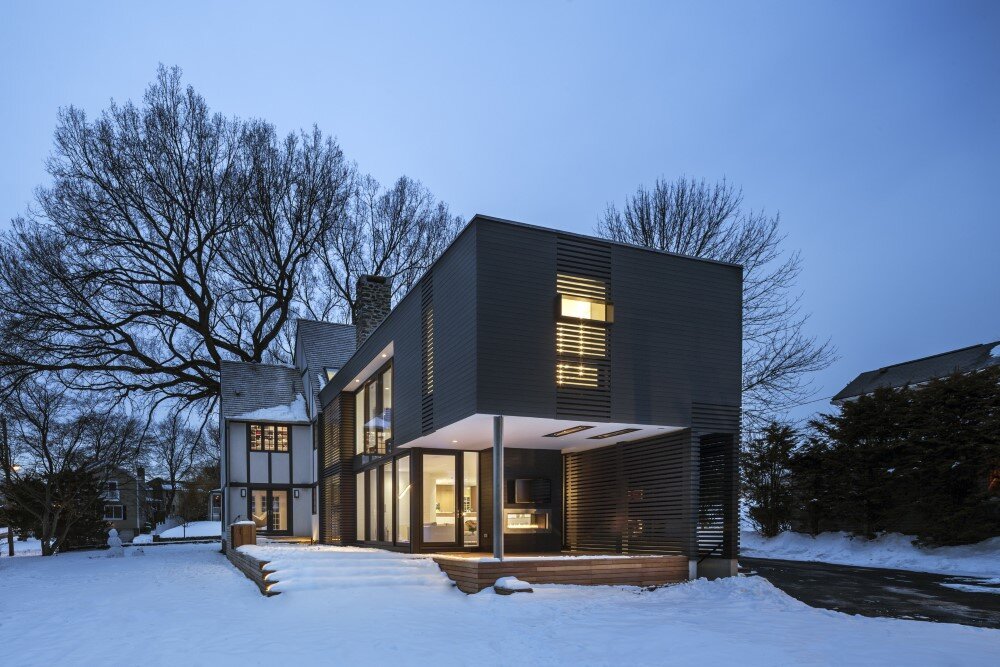 The addition is wrapped in a dark, charcoal-stained cedar skin, mimicking the colors found on the existing façade. The wood timber transforms into wood skin that wraps the new addition in a moiré enclosure system that reinterprets the white stucco and dark wood timber of the New England Tudor Style. The skin striates to reveal a glass enclosure and allows light into the interior rooms. The perceptual effect of oscillations between exterior monolithic form (platonic box) and wood siding/planking as an abstract striation allows the addition to move back and forth between autonomous/porous and related to its progenitor (the existing house). By carving into the rectangular box, we define the key spatial concept for the new house, which include the addition of a family and mudroom on the first floor, as well as a master bedroom suite on the second floor. The glass stairwell built between the existing house and the addition creates a transitional “white space,” allowing natural light to filter through to the rooms on each side. The new wood, steel, and glass stair was hung from the existing house’s chimney, which creates a sectional void, offering moments of visual and spatial connectivity within and beyond to the landscape. Through a series of elegant yet poignant disjunctions between light and space, the design is unified in a symbiotic relationship between old and new. 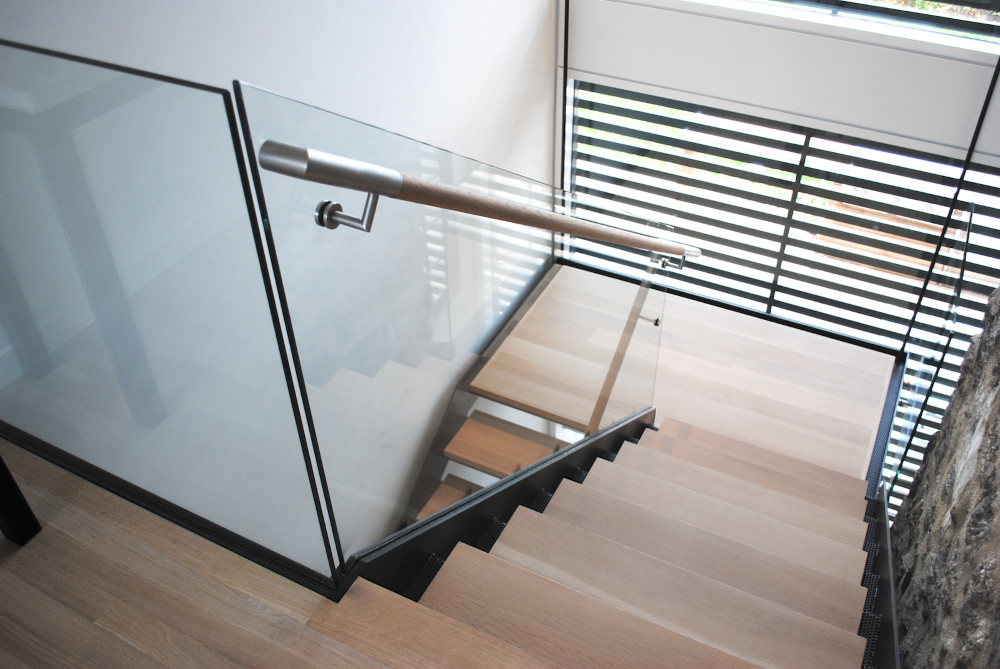 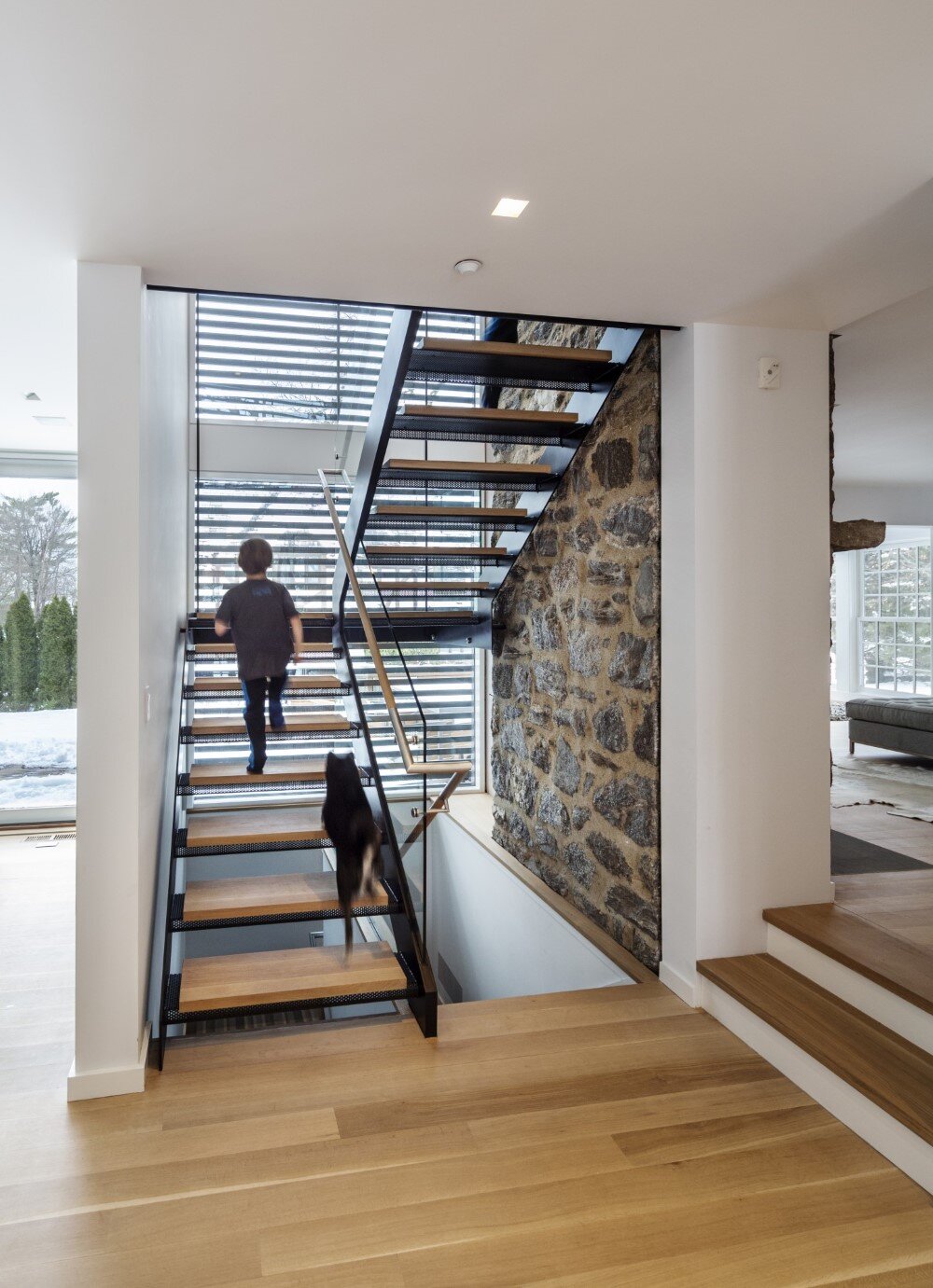 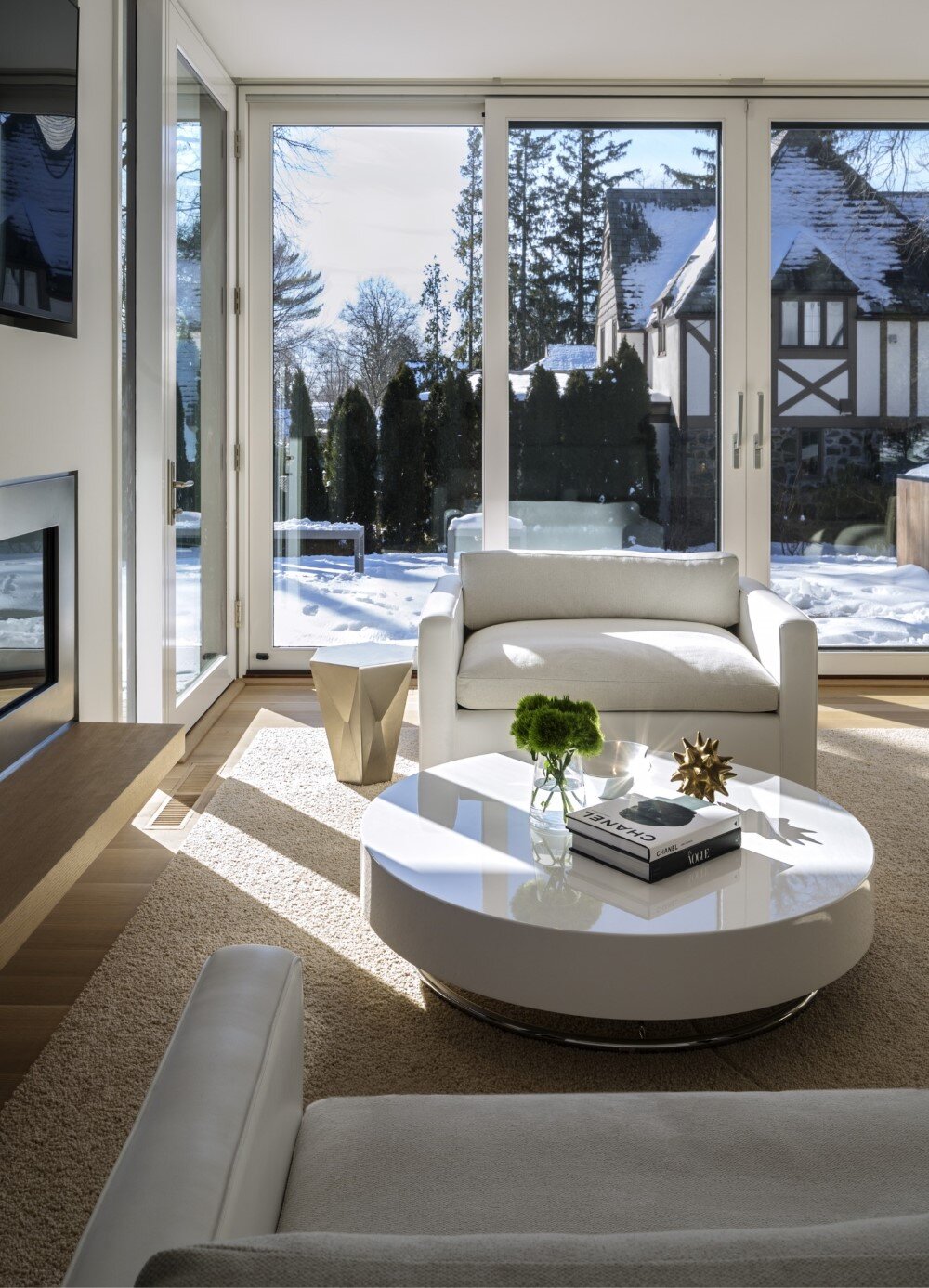 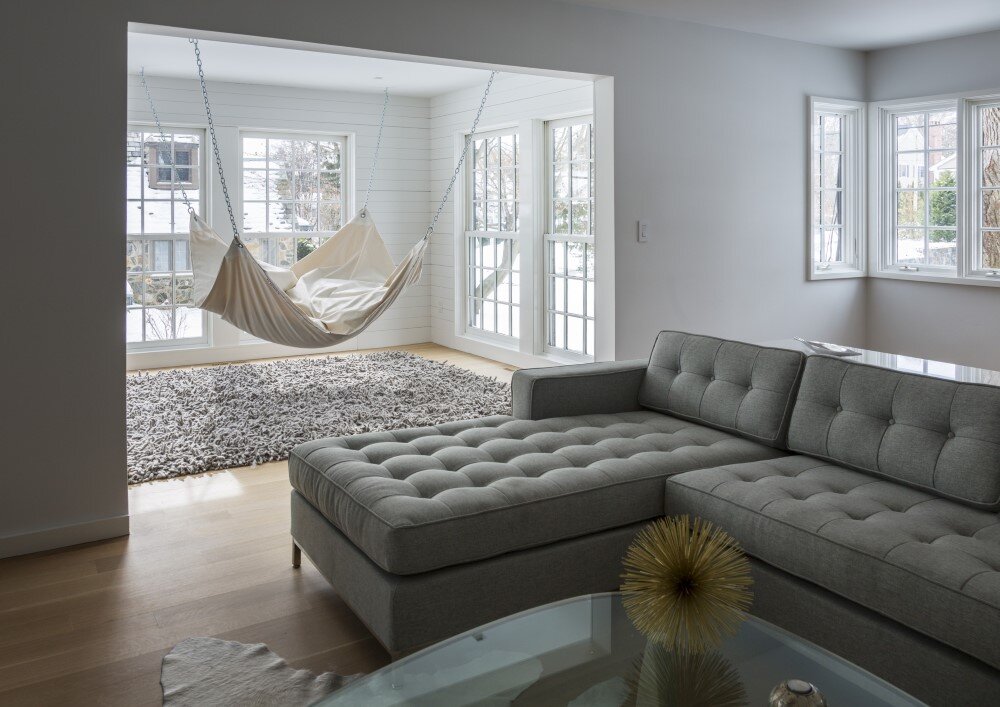 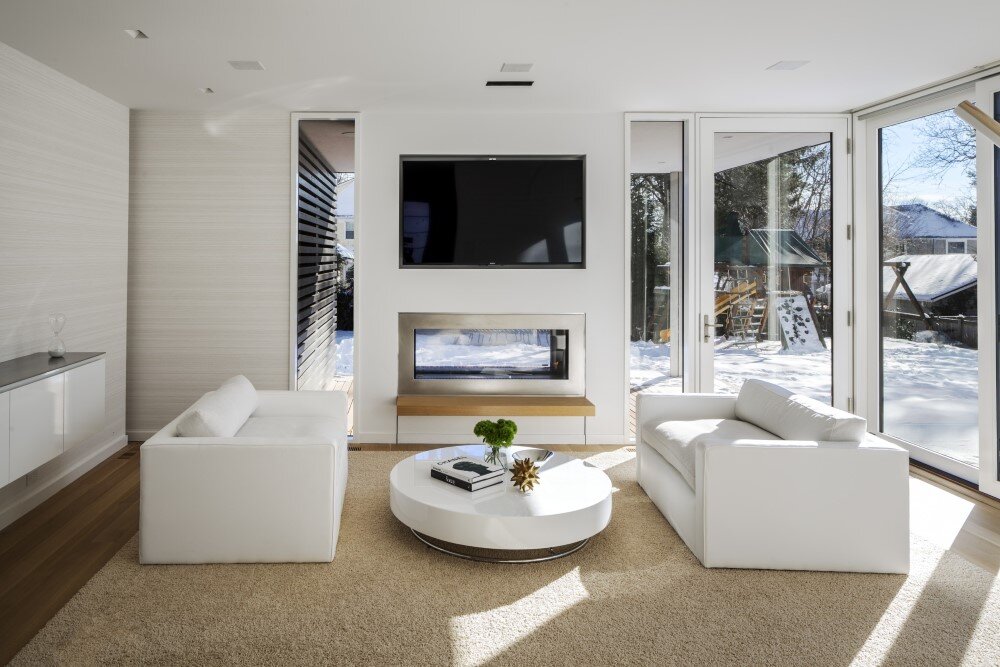 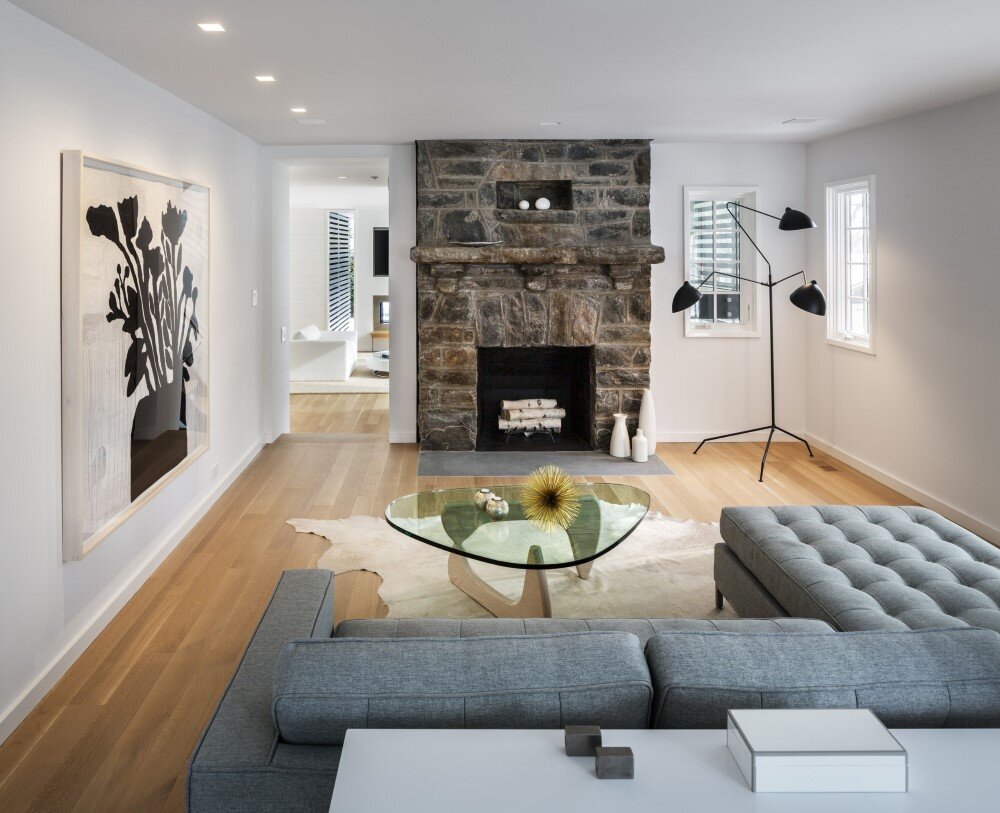 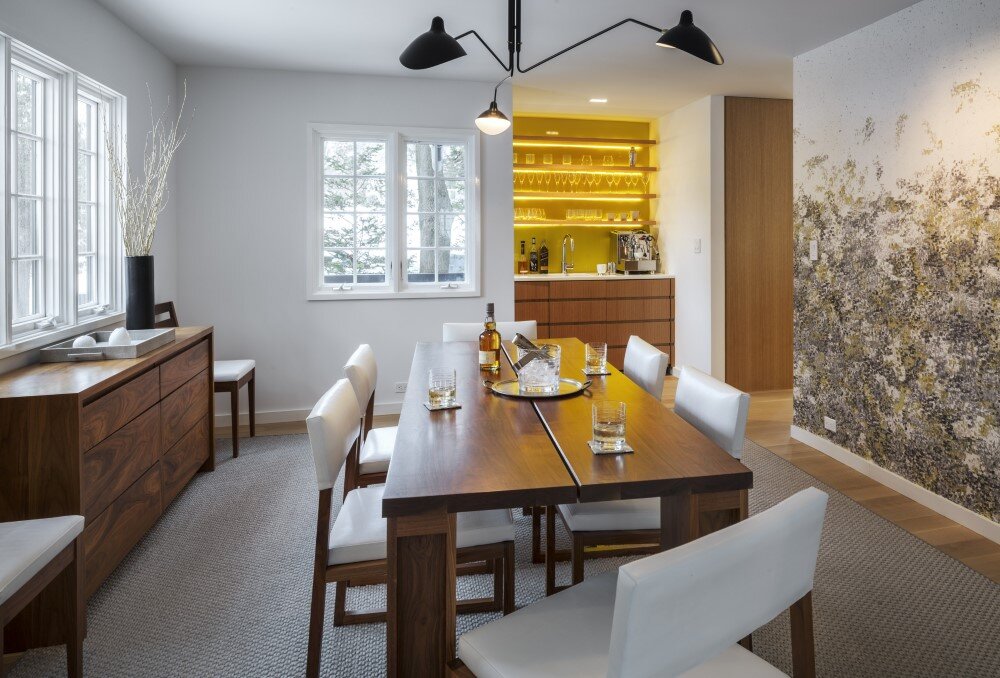 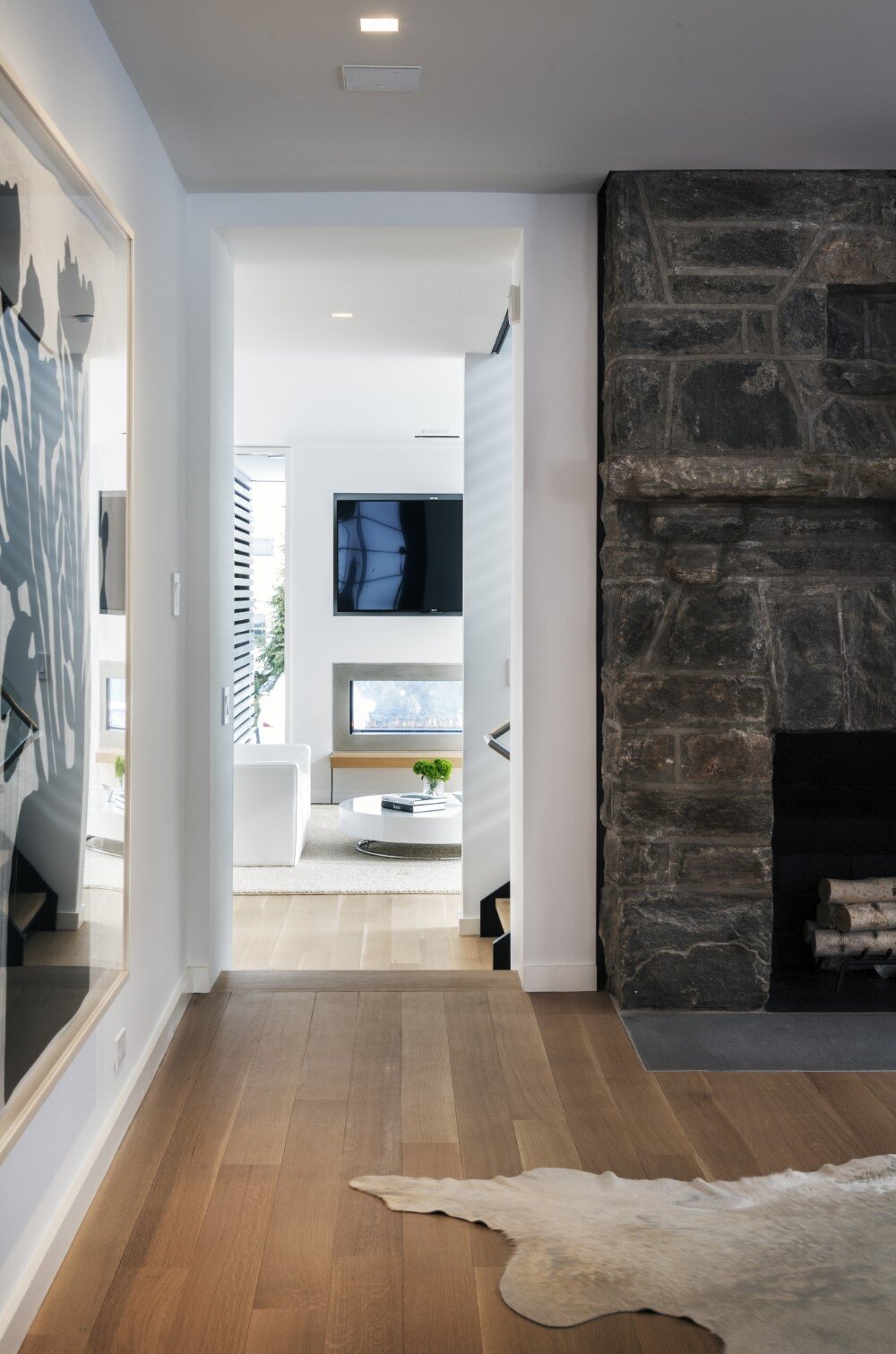 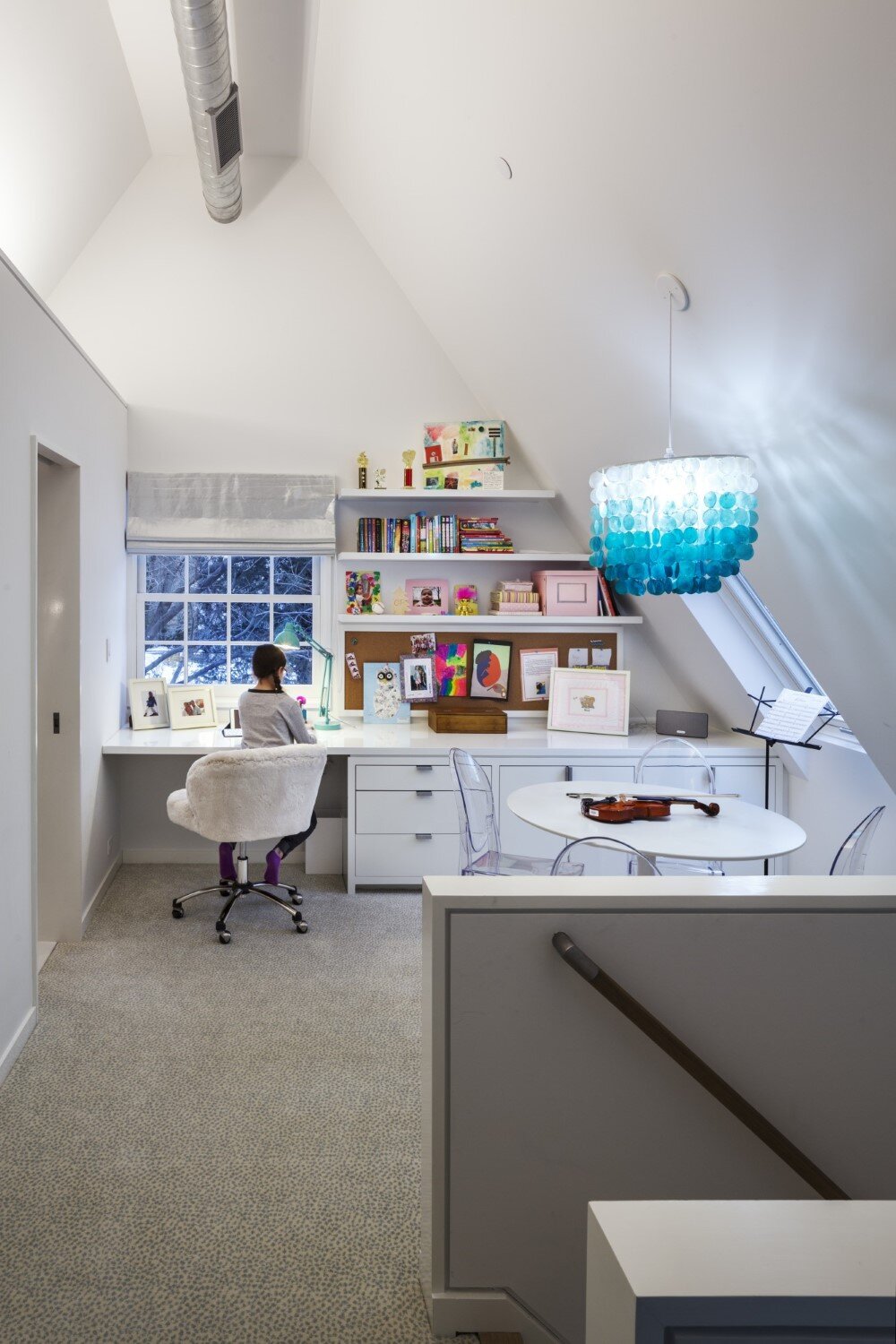 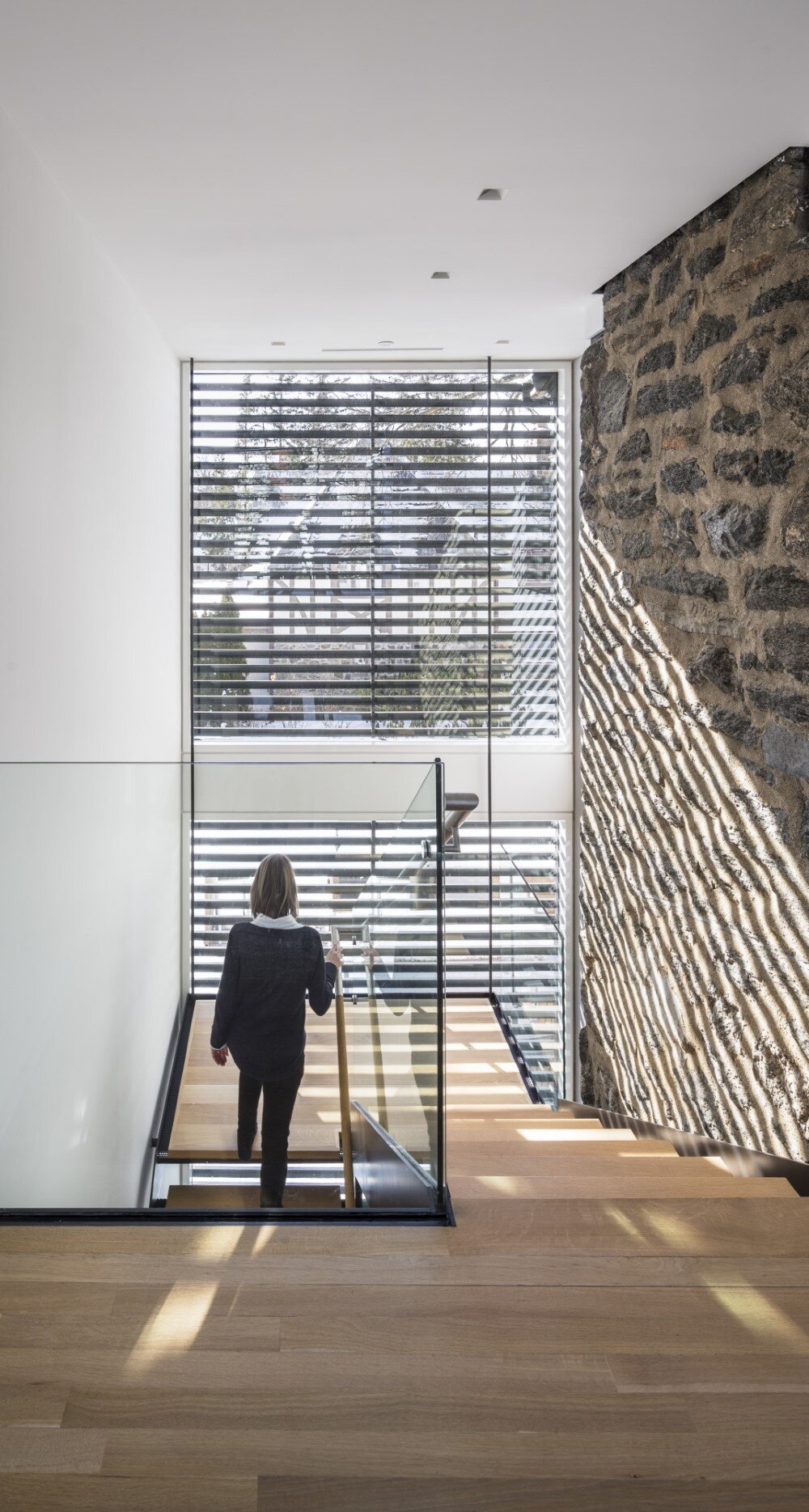 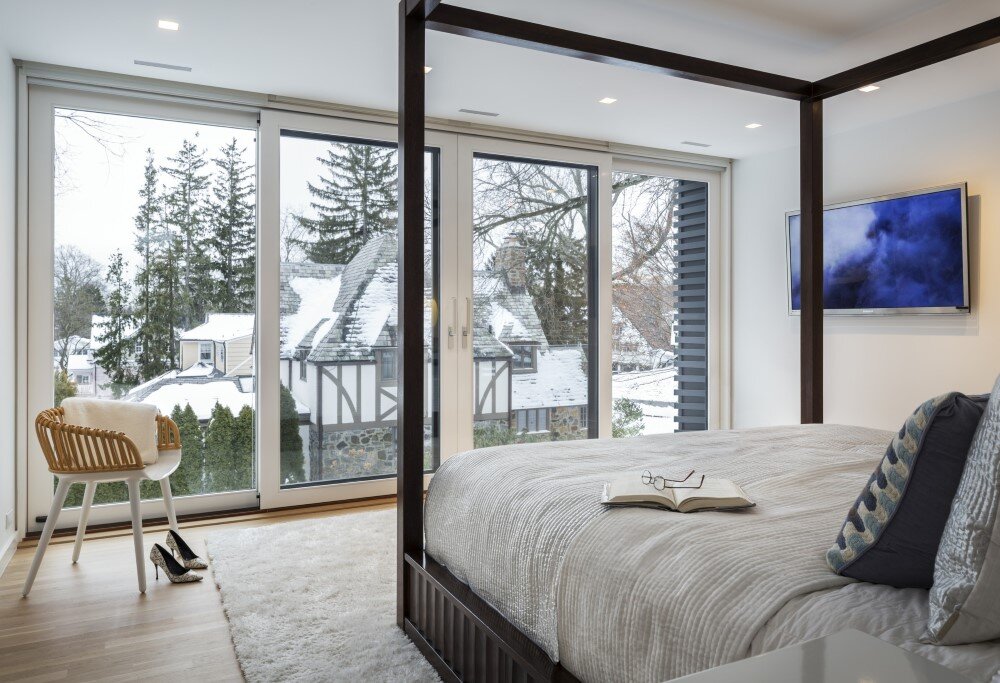 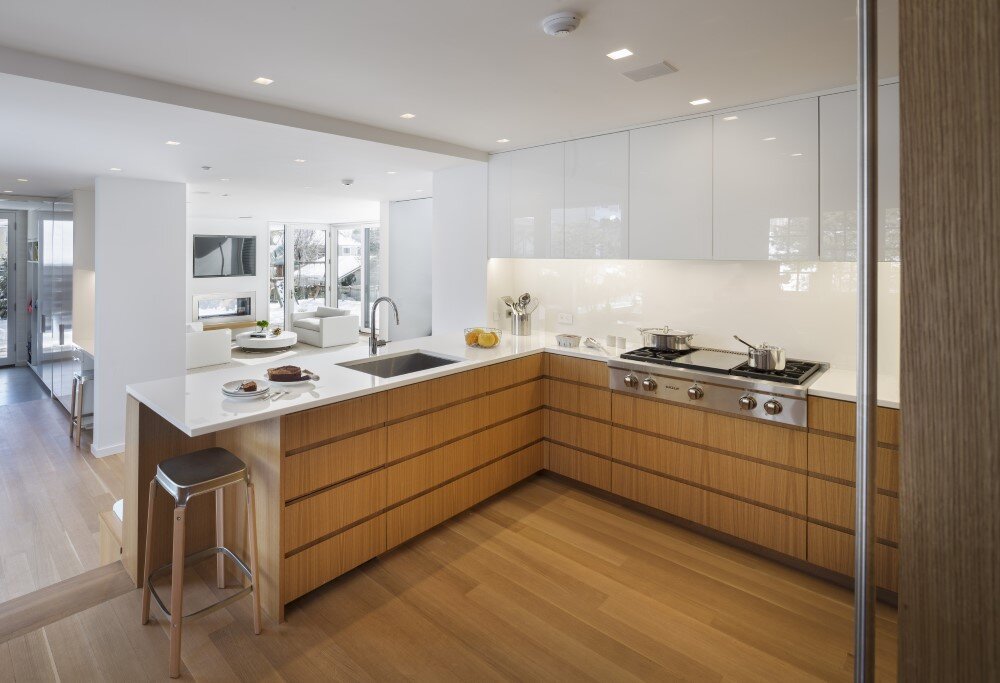 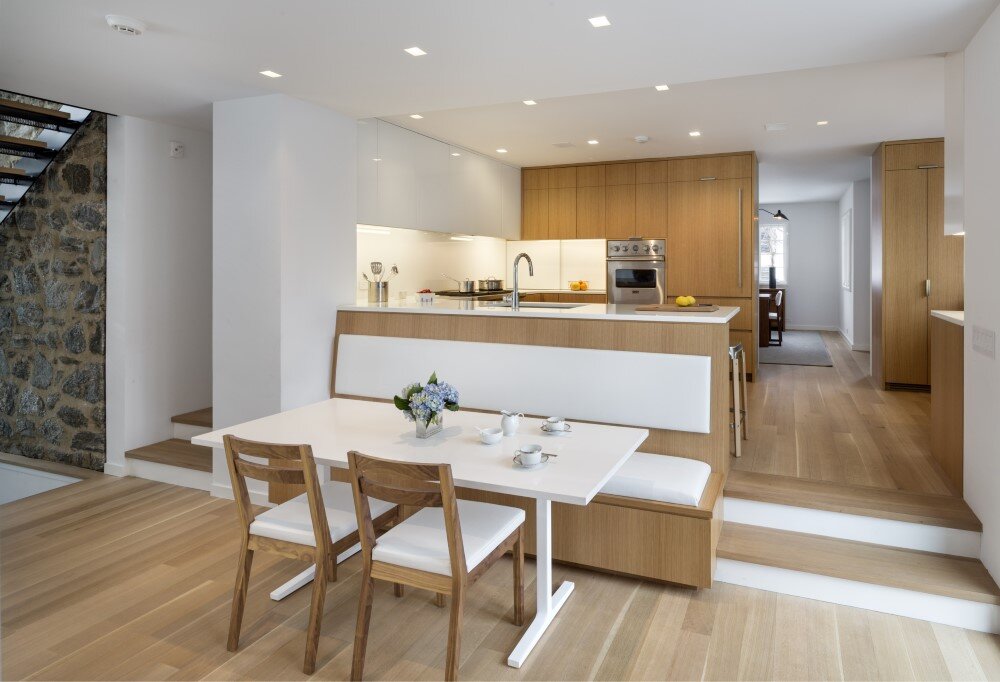 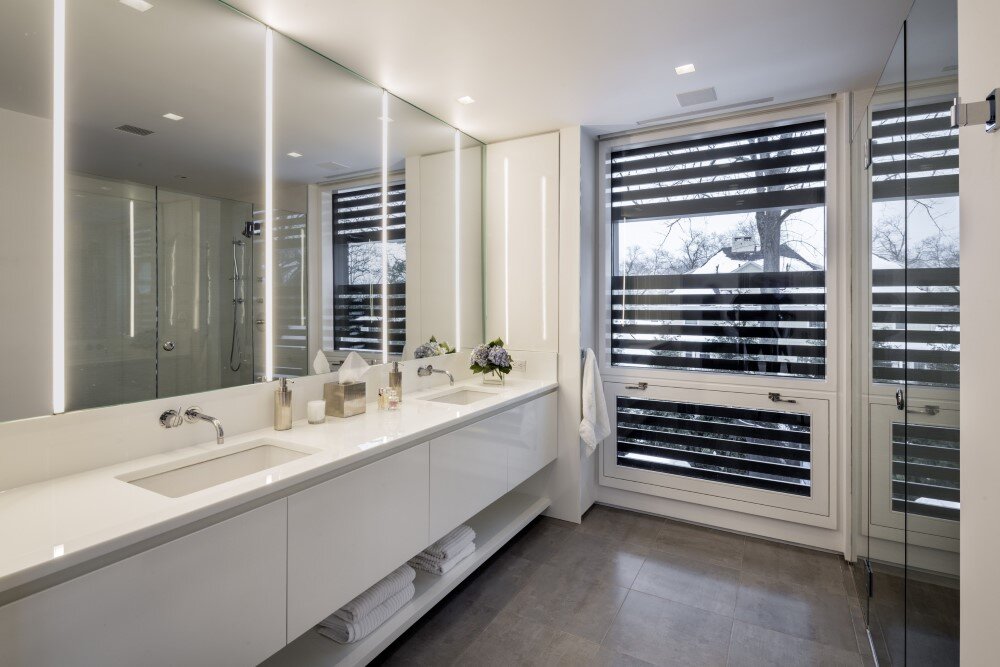 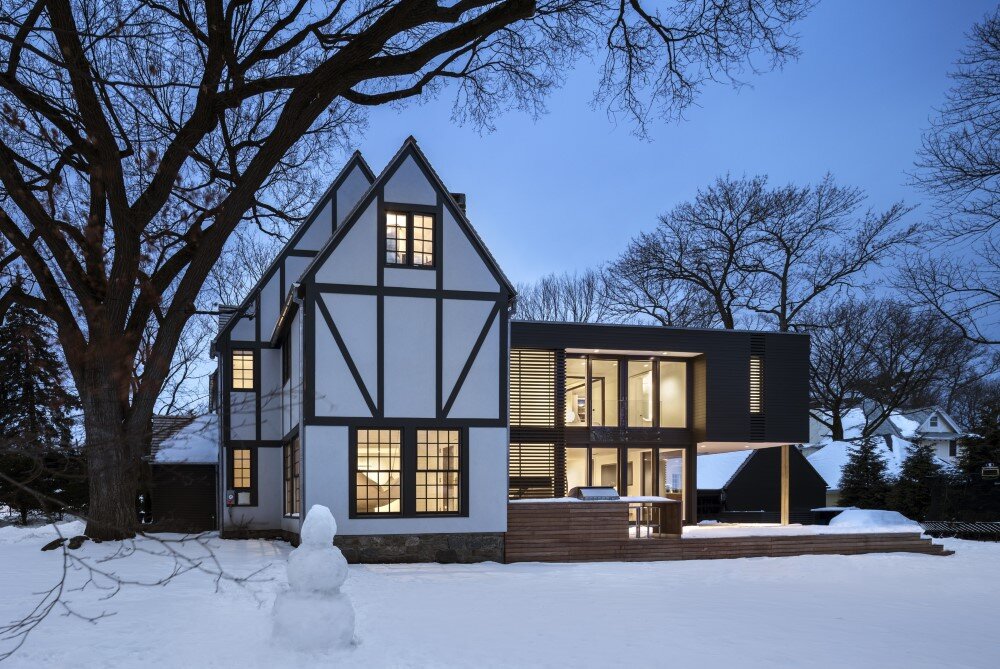 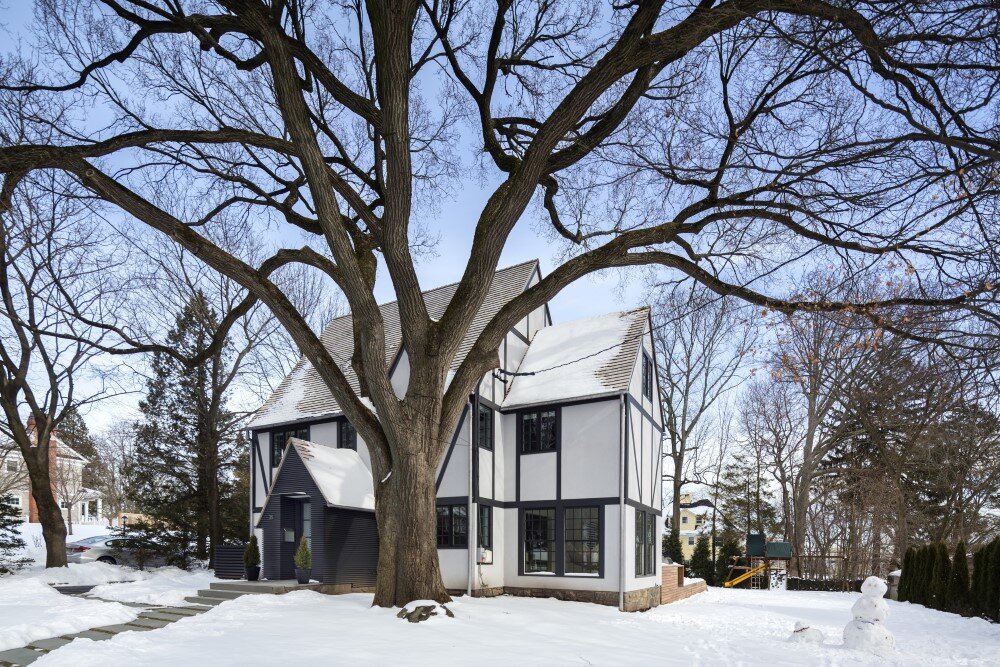 How to Stay Compliant with Listed Building Architecture

Architectural Project for Open Space and a Beautiful View

Prague Brutally Beautiful: Exceptional Buildings Constructed in Prague Between 1969 and 1989

Renovation for a Co-Living in the Tetuan Neighborhood, Madrid

Writer’s Cottage in suburban residential area of the Oslo city

Winery and Tasting Room Designed by goCstudio in Lyle, Washington

Contemporary Patio for Festive Gatherings with Friends and for Family Relaxation