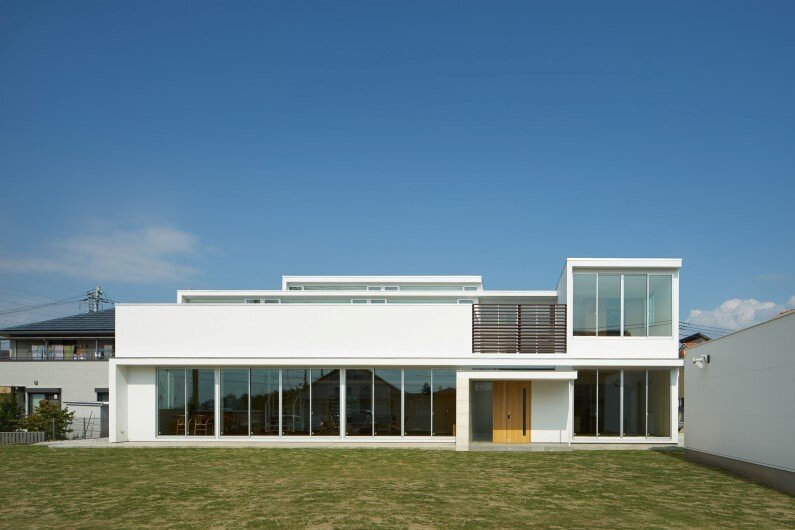 House in Kai is a project completed in 2014 by Tokyo-based studio Mamm Design.

The architect’s description: The only strong request from client was that all rooms should be oriented to the south. Kai-city, where they have harsh winter, is in Kofu basin, which is located in central part of Japan. We realized that people who lives in the area has incomparably more longing than we have in Tokyo. According to site regulations, it is possible to stack all rooms simply vertically and build a 3-story house. But we think it is not a good solution, since it will weaken relations among family who occupies each floor, though the family has two small children. And it must be a coercive volume compared with surrounding two-story houses. 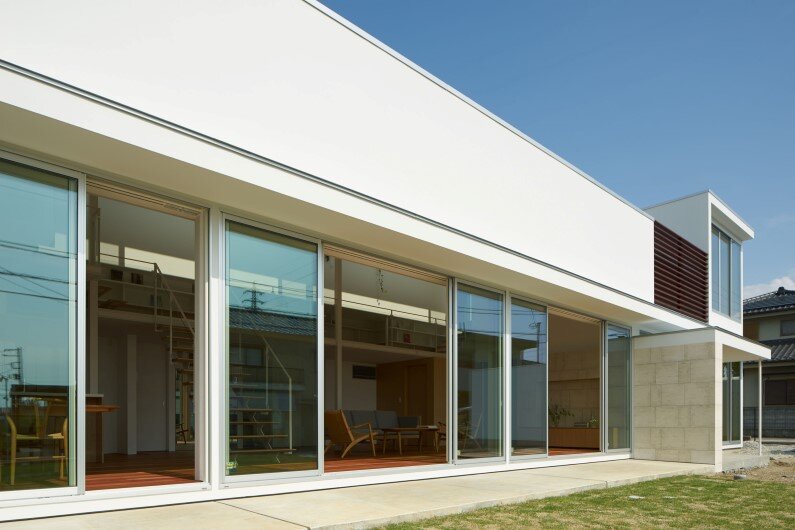 Thus, we designed the volume as a terraced shape in which all rooms face south though the floors still keep horizontally connections. The volume consists of, from lower level, a living room connecting with front yard, a gallery / refreshing space, and bedrooms. The higher is the more private space. Spaces under the terraced volume are used for back-of-house such as bathroom, toilet and storages. 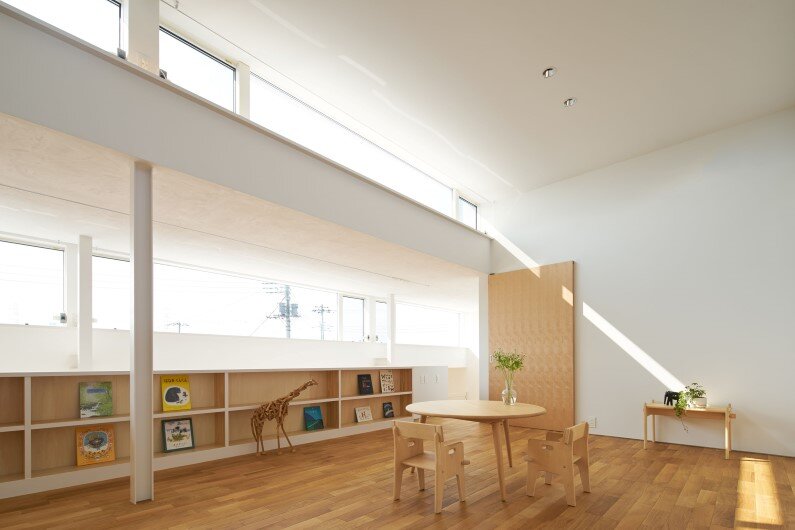 Our attempt here is not to separate the house into only living room and bedrooms but also to create intermediate spaces where each member of the family enjoy his/her own time and, at the same time, also feel other members’ atmosphere. We think it enables for the young family’s life to be diverse and rich. Such space in this house is gallery/refreshing space. We, very consciously, designed the space wider than ordinary corridor to be used for the intermediate space. To emphasize the intent, we designed shelves in zigzag shape to make small dens for children, and steps to be a bench etc. 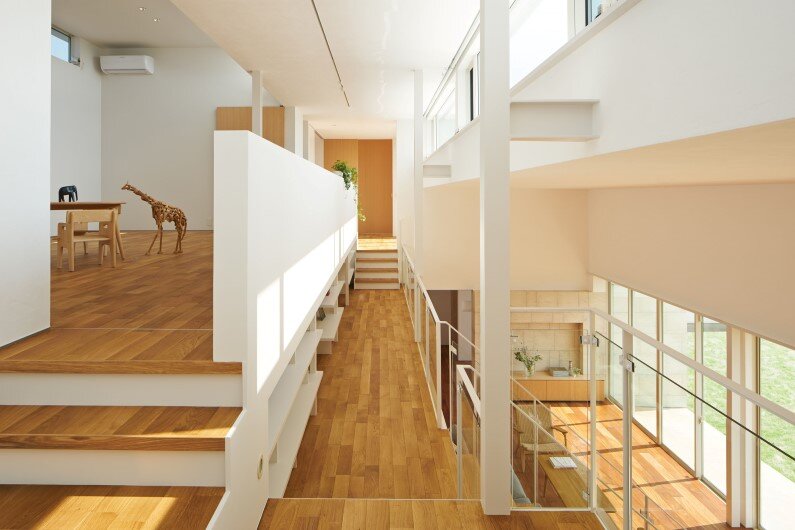 The gallery, also connecting with hobby room and terrace, plays a role as a street where all activities in the house/of the family flow in. Structurally, we stuck to keeping dimension of columns in 100x100mm, though the house has some wide spans. The dimension is almost equal to traditional wooden timber columns which we are very familiar with, in single house. To achieve it, we use solid 100x100mm steel columns where it is required. Photo: DAICI ANO 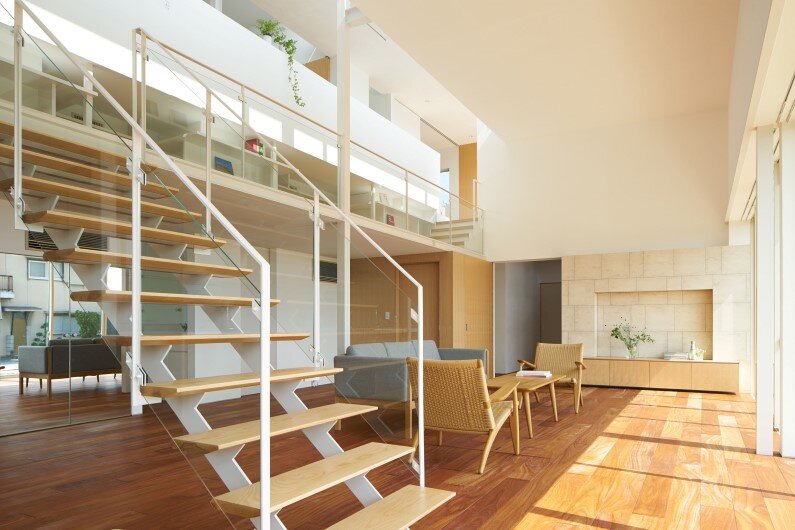 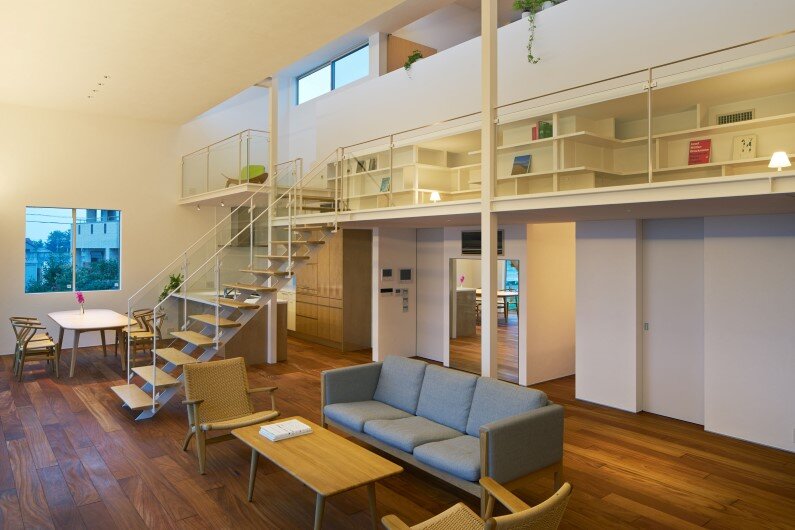 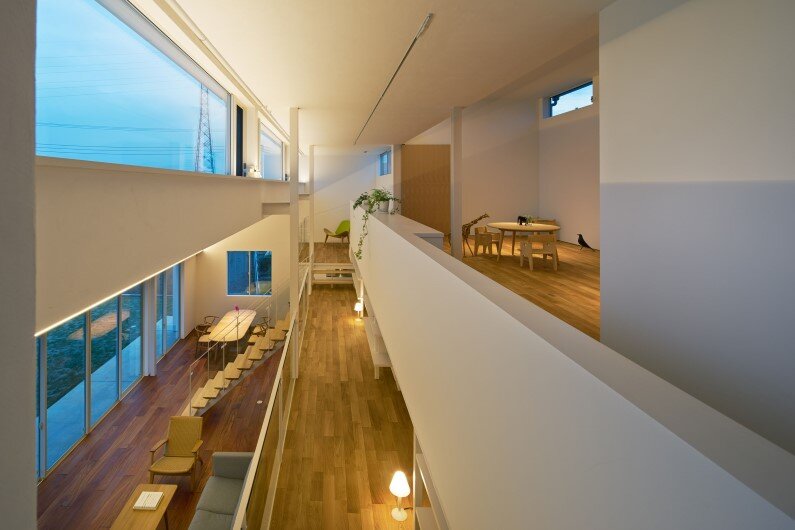 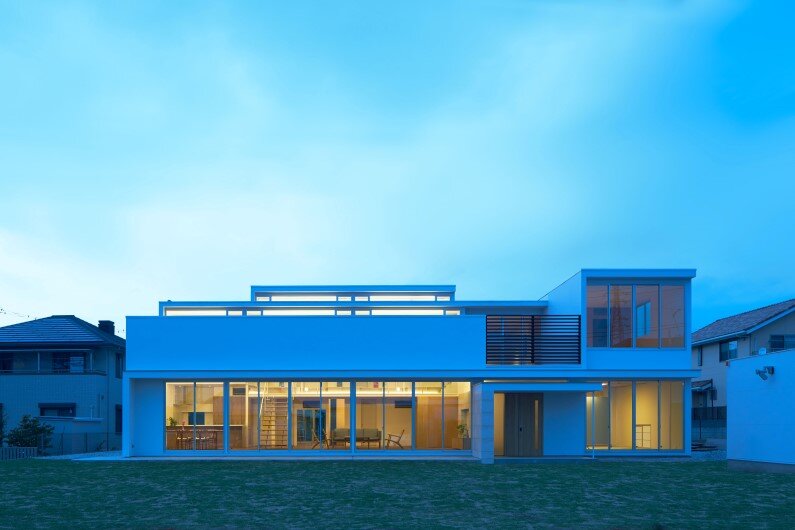