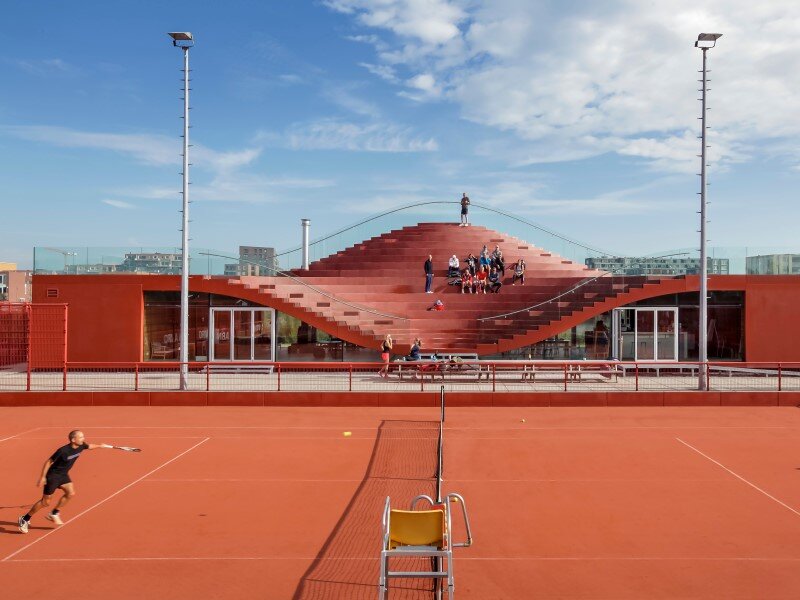 MVRDV in collaboration with Studio Bouwhaven designed a club house for IJburg Tennis Club, Amsterdam, which provides both a viewing platform and a club overlooking the water.

Description by MVRDV: IJburg is a new district to the east of Amsterdam. On its six artificial islands, 18,000 homes will be eventually be built for 45,000 residents. At present, the district holds just 16,000 of these inhabitants. There are many initiatives to attract people to the area, such as the beach at Blijburg aan Zee, and the newly formed IJburg Tennis Club itself. The tennis club, currently with 1100 members, has 10 clay courts and a tennis school. The new club house will be the centre of the club’s activities. The zoning for the area allowed space for a tennis club, but a building could not be built quickly enough, and so the courts were made and a temporary facility installed. 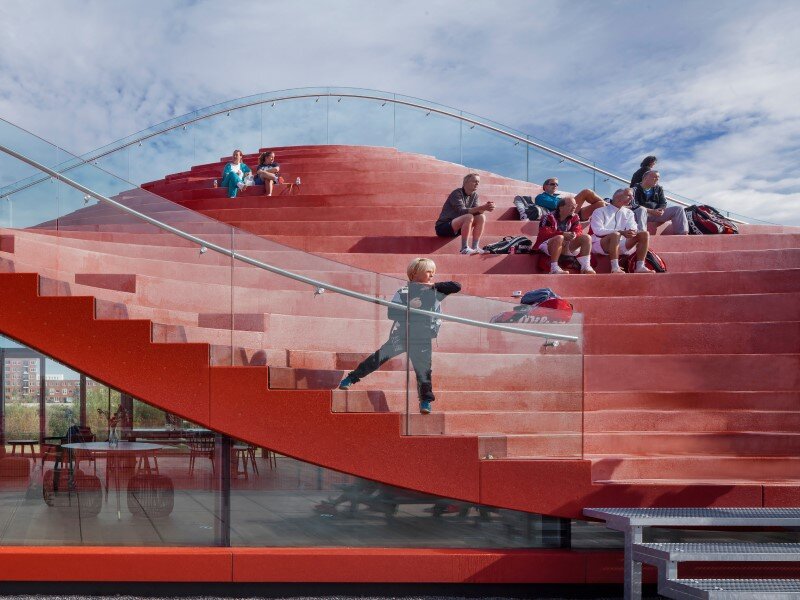 MVRDV’s design will now fill this gap with an iconically functional building which provides both a viewing platform and a club overlooking the water. The aim of the club is to be as accessible as possible, meaning that it is open to the public, free of charge, 365 days a year. Not a private club, but a meeting place for young and old, where you can grab a coffee and a healthy snack, or meet with friends, or even just check your emails. MVRDV’s challenge was to create a building that works as a central gathering for the area. A living room for IJburg, where the building becomes a part of the community like piece of street furniture. 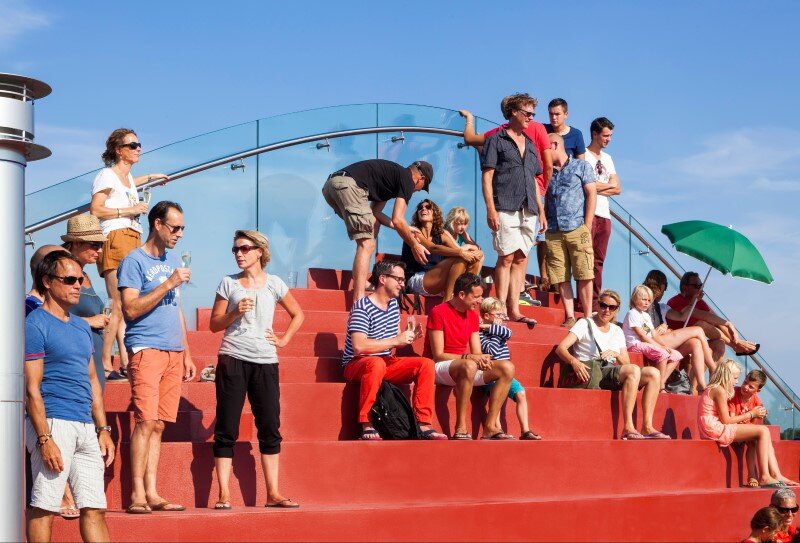 The club house is a long open volume with services on either side such as dressing rooms, a kitchen, storage and toilets. The main space is multifunctional, so it can be used for the club’s many events. The roof dips down towards the south side and is raised towards the north up to a height of seven metres, creating an informal tribune for the club.  The wide glass front to the north side allows extensive natural lighting and provides a view out over the waters of the IJ-lake. 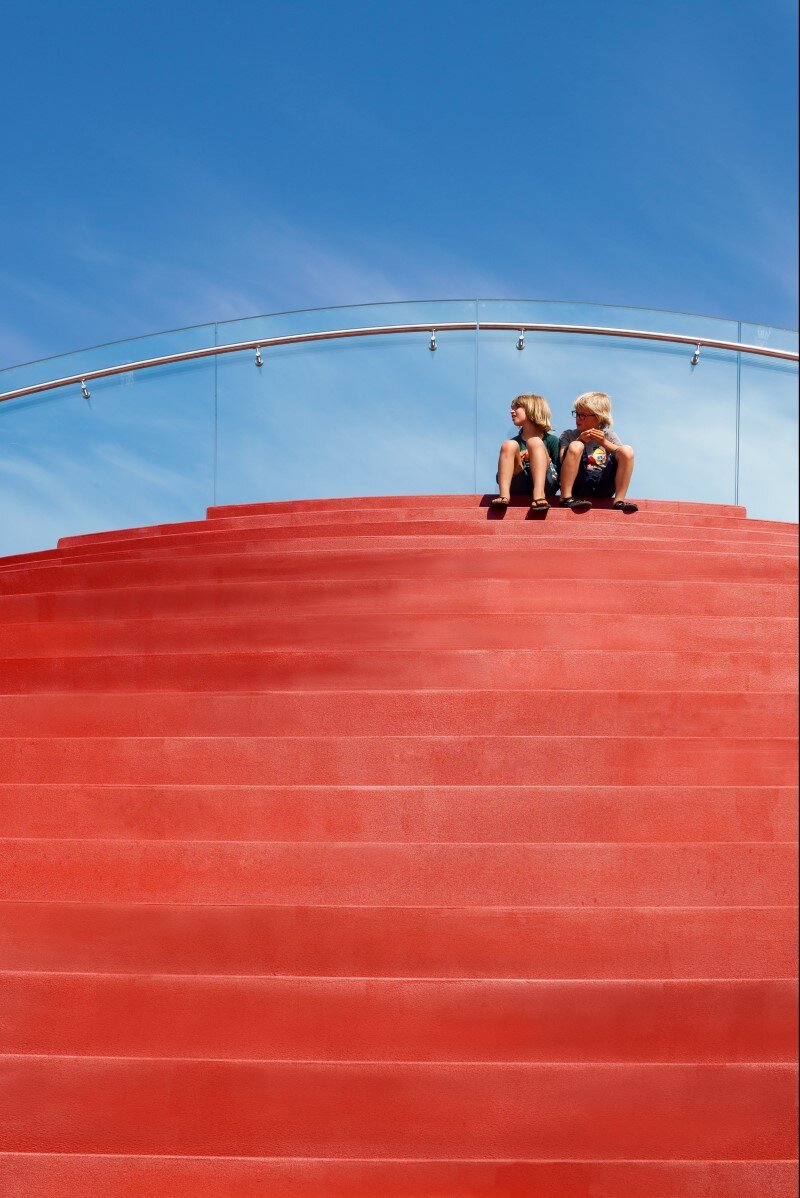 Inside the club house, the concrete construction is clad with FSC-certified wood, with the outside fully sealed with an EPDM polymer hotspray in the same colour and texture as the clay tennis courts. The reduced glass surface to the south helps to cool the building. The thermal mass characteristics of the materialisation in concrete and wood are used to reach a high degree of energy efficiency. The building will be heated with district heating made efficient by a heat exchange system. In summer there will be natural ventilation, adding to the ambitious sustainability profile of the structure. 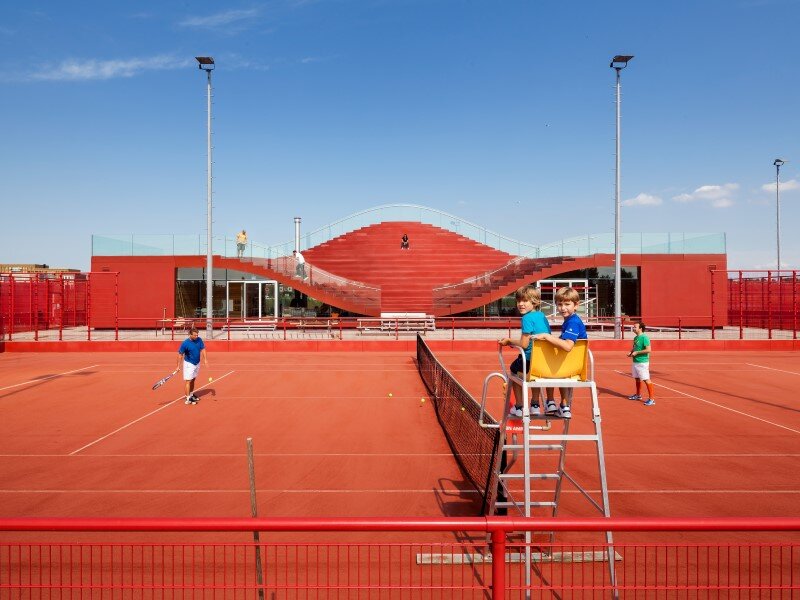 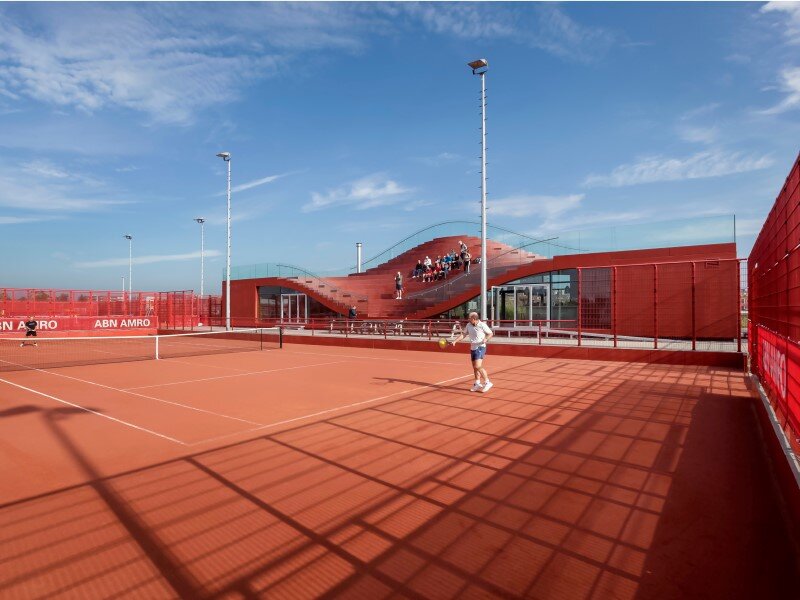 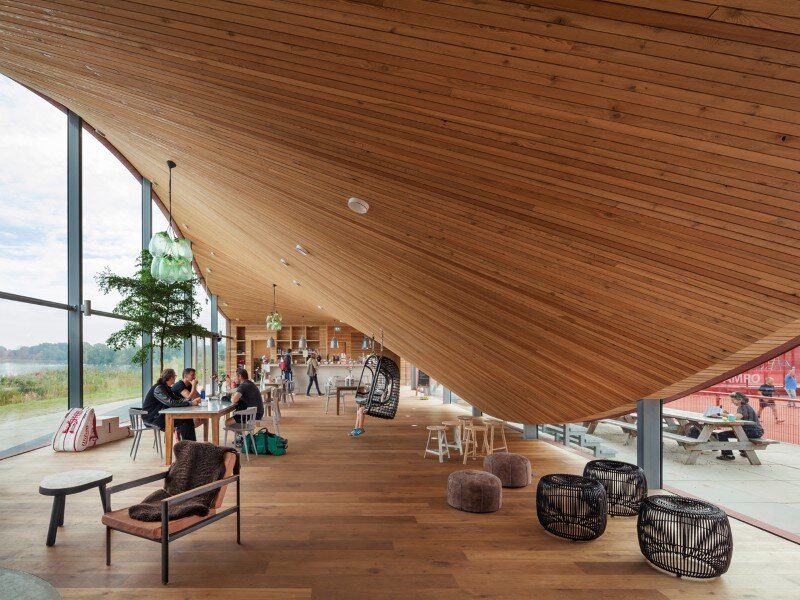 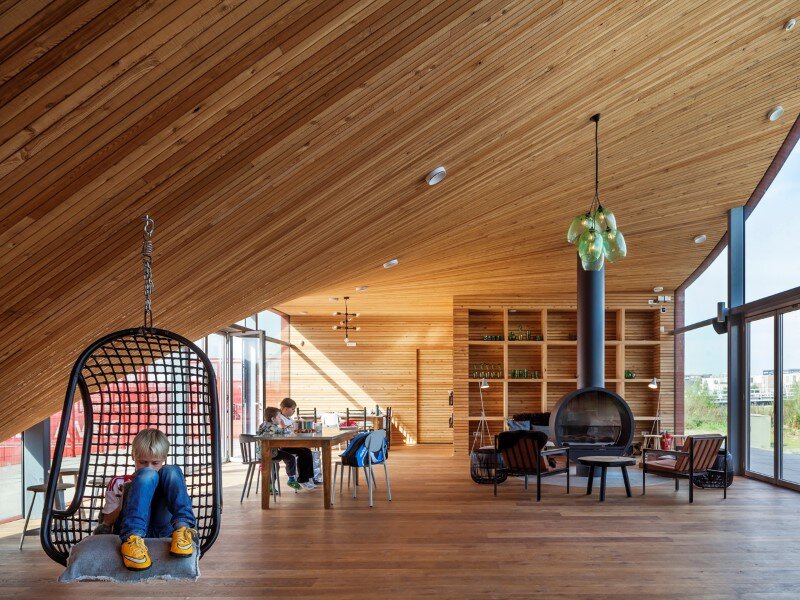 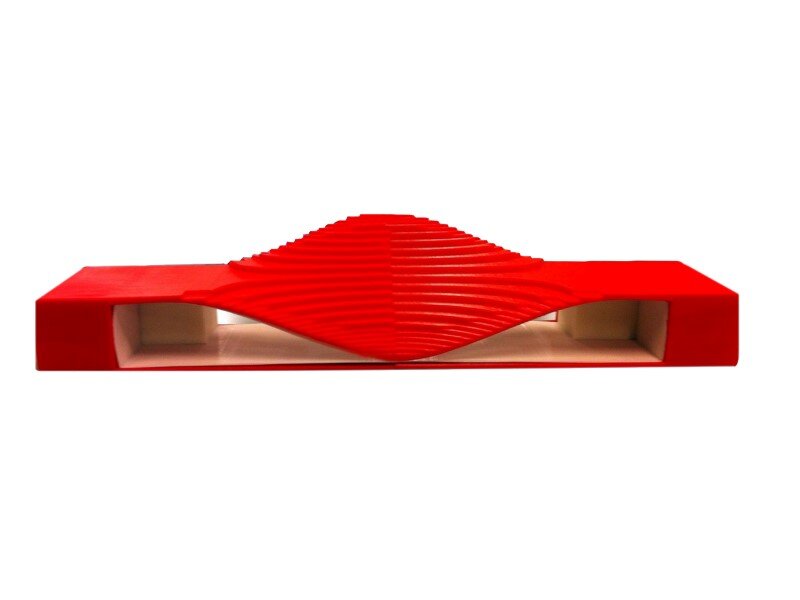 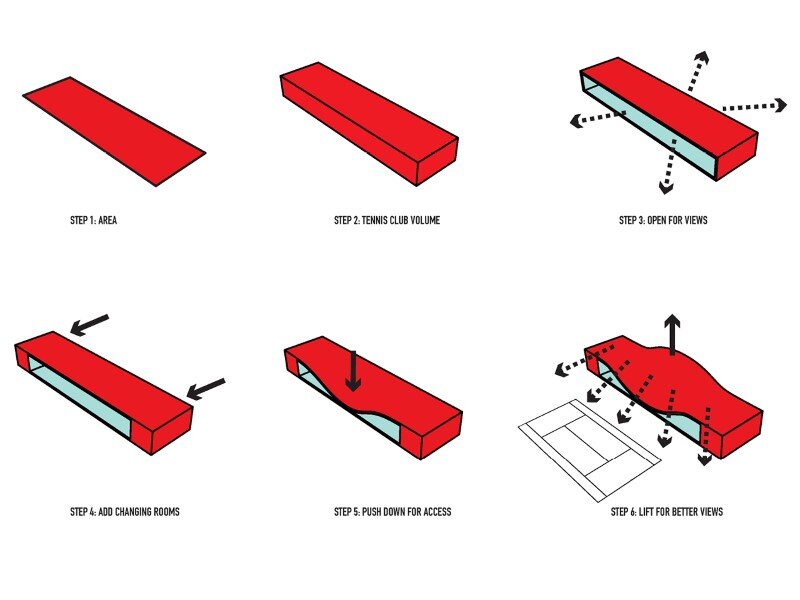