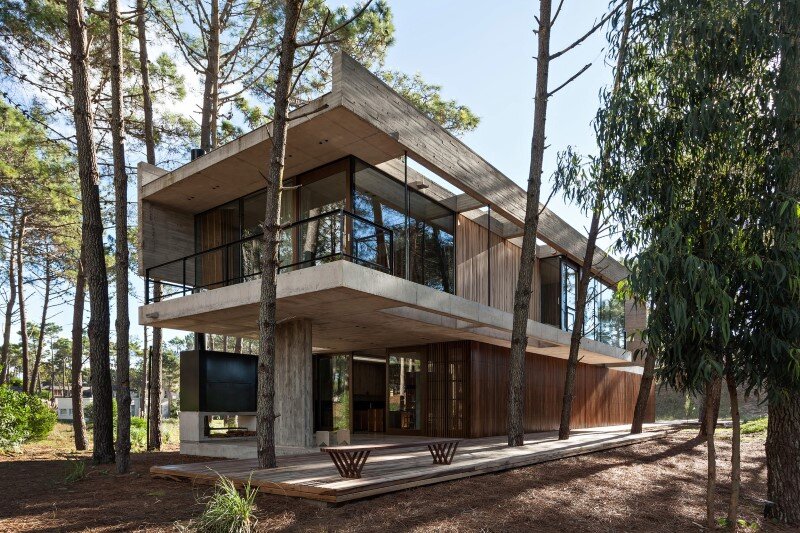 Buenos Aires – based ATV Arquitectos has designed Marino Pinamar, a family home located in the forests of Pinamar (Buenos Aires Province, Argentina). In this project the architects have used concrete and wood for the structure of the house and interior partitions.

Description by ATV Arquitectos: The Project is immersed among the woods in Pinamar. Respecting its environment and taking advantage of the views, the house tries to preserve and adopt its surroundings. Focusing on the material-structure matters, the project looks into the concrete-wood matching, suggesting concrete as the material which defines the space-tectonic structure of the project. 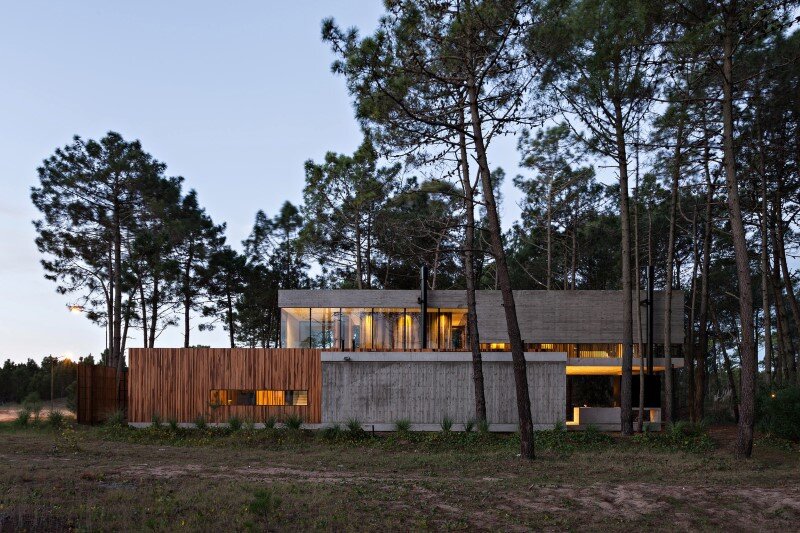 Three supporting partitions, lying linearly with each other, support the slab floors which in turn hang from the superior beams. The structure, with its dimension and texture differences, defines the space and at the same time limits and maximizes the open plant in the public sector. This gives rise to the phenomenon of a space completely ethereal in terms of limits; given that the whole joinery can be opened completely thus building a continuous semi-covered area. The forest is the house’s limit. 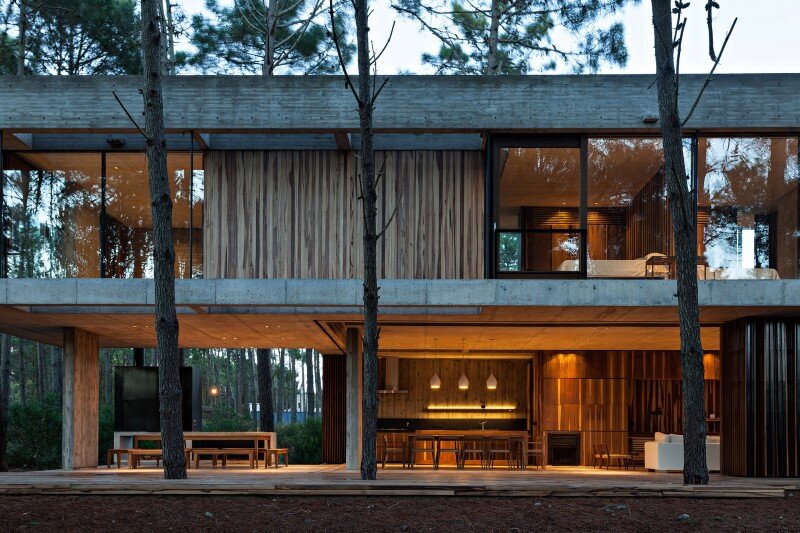 On the other hand, wood is the material used to create all the volumes and partitions and it is the element which defines the possible limits which might arise from this environment. These limits are blurred, manipulated. They can be sifted, closed, moved, separated, and so defining relations with the environment. 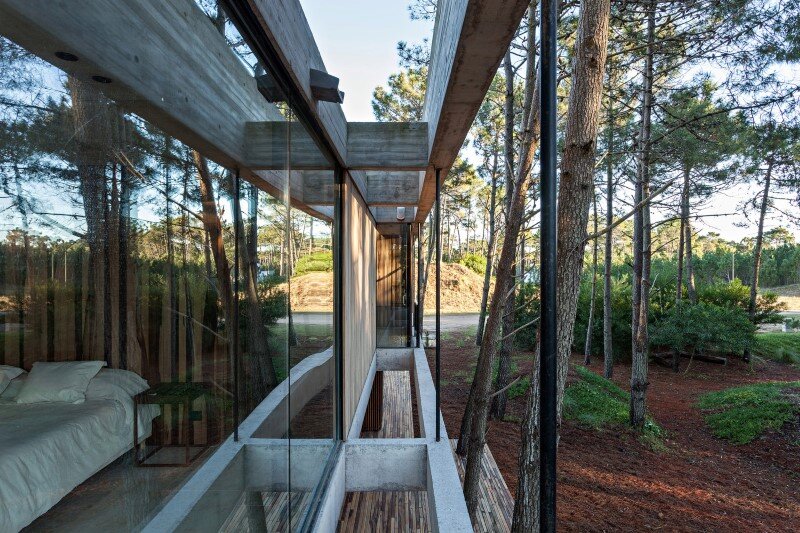 The house functionally sets the access from a patio appendicular to the terrace, which suggests continuity of the street expansions. This patio divides the studio sector and the public space, made up of a living and dining room, kitchen and grill sector. On the first floor the bedrooms are spatially defined by the location of the wet areas and the wooden partitions. At the same time, this level has access to an observatory deck overlooking the forest. 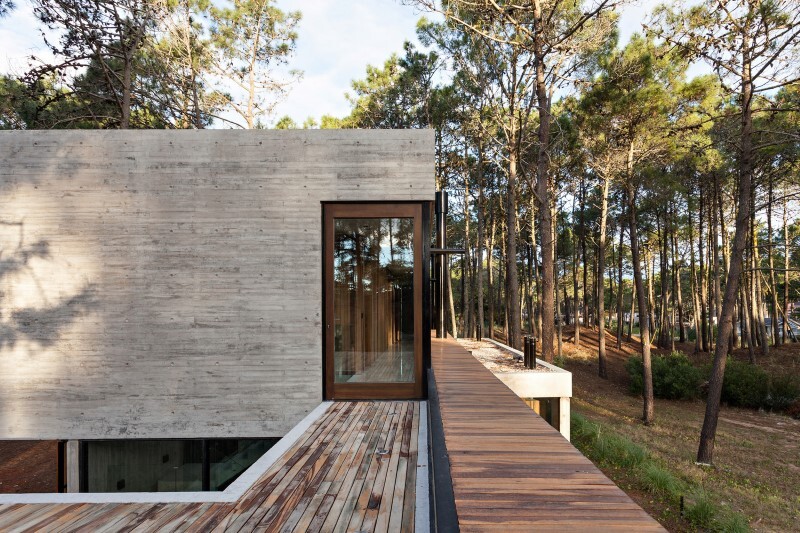 The transition from the public to the private space is made through a vertical circulation which takes the subject through different sensations as regards light and visuals. At the same time, a piece totally made of wood goes all over the project, fitting into the concrete structure and relating the different levels with storage places and overhead lightning depending on the conditions. 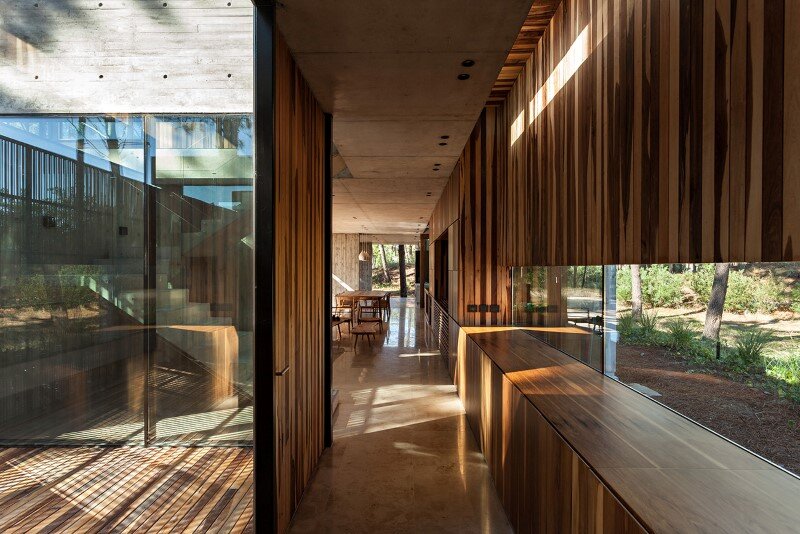 Almost as if it were a negative, the project looks into the phenomenical and material relation which arises between the downstairs world (public) and the upstairs world (private). From the concrete textures to the wooden joineries (closing downstairs in the exterior and upstairs in the interior) the project presents this counterpoint, emphasizing the difference between the supported and the supporting, as a tree expressing the elements which shelter the protected space. 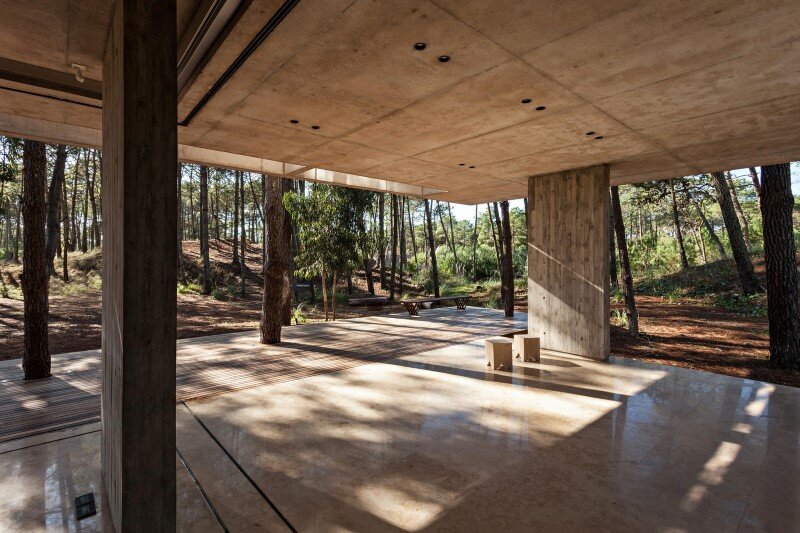 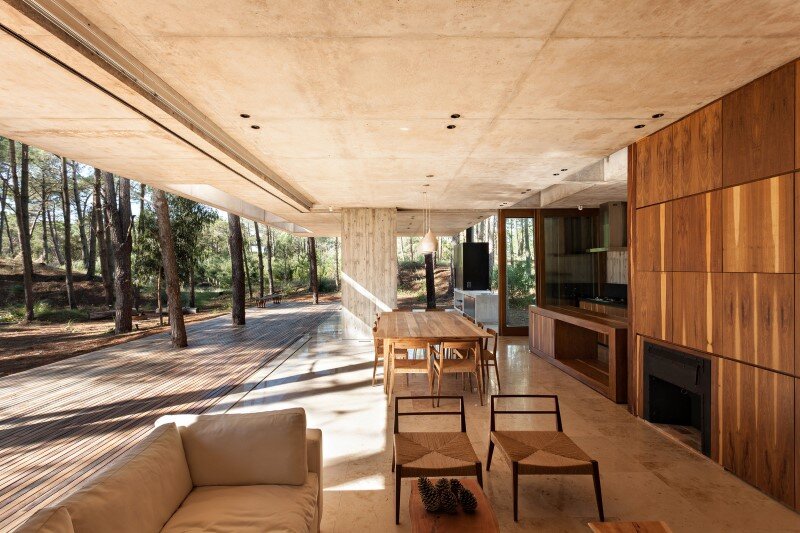 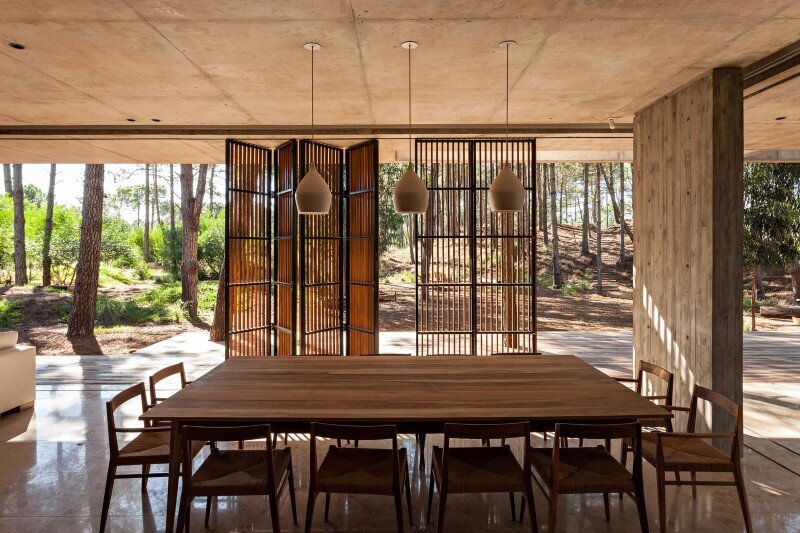 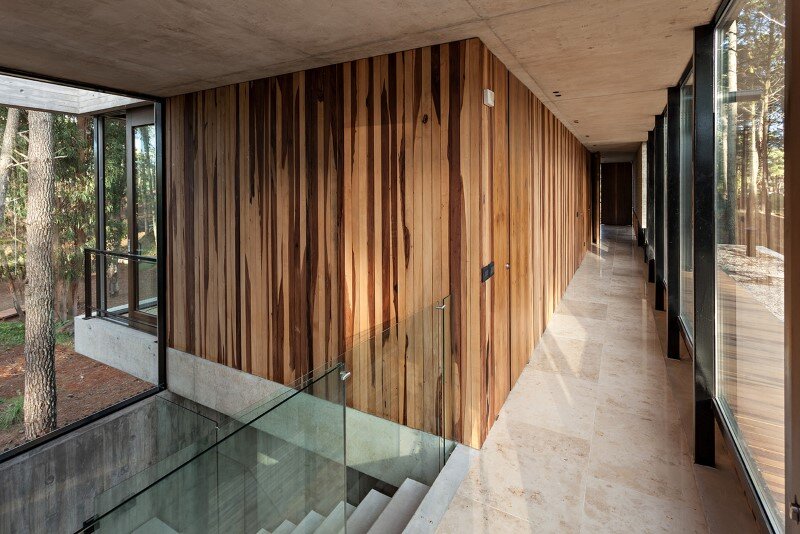 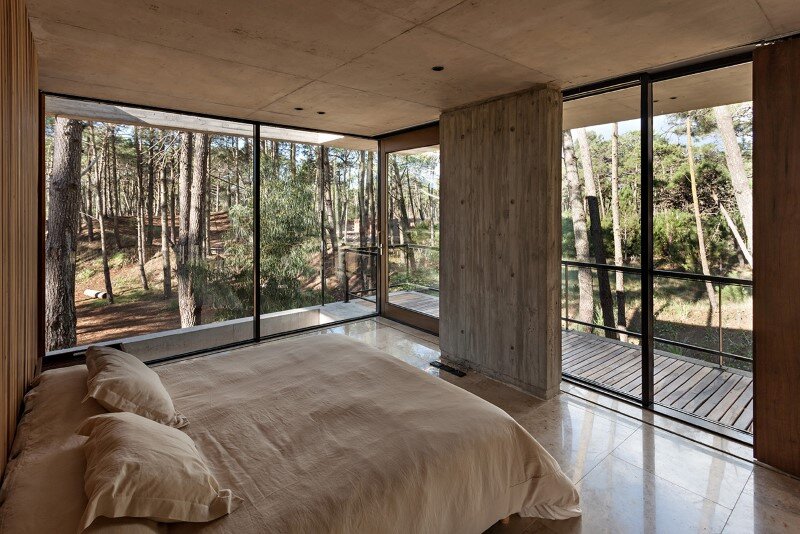 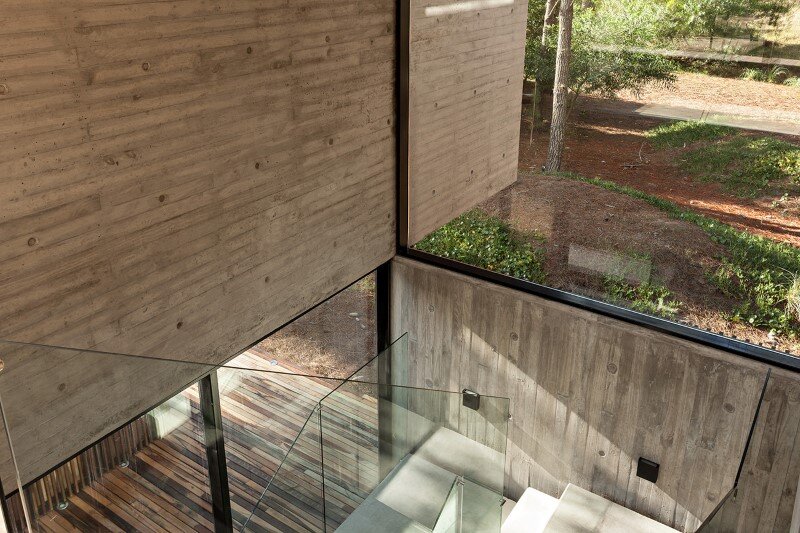 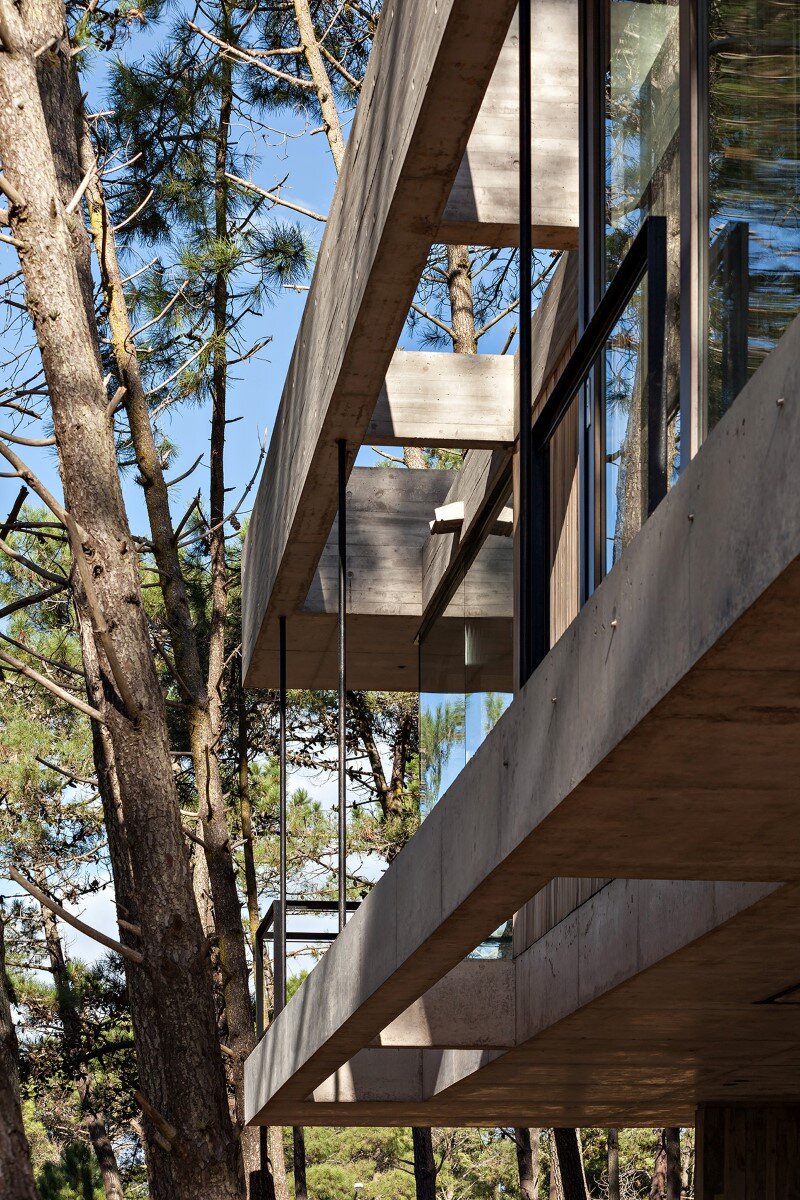 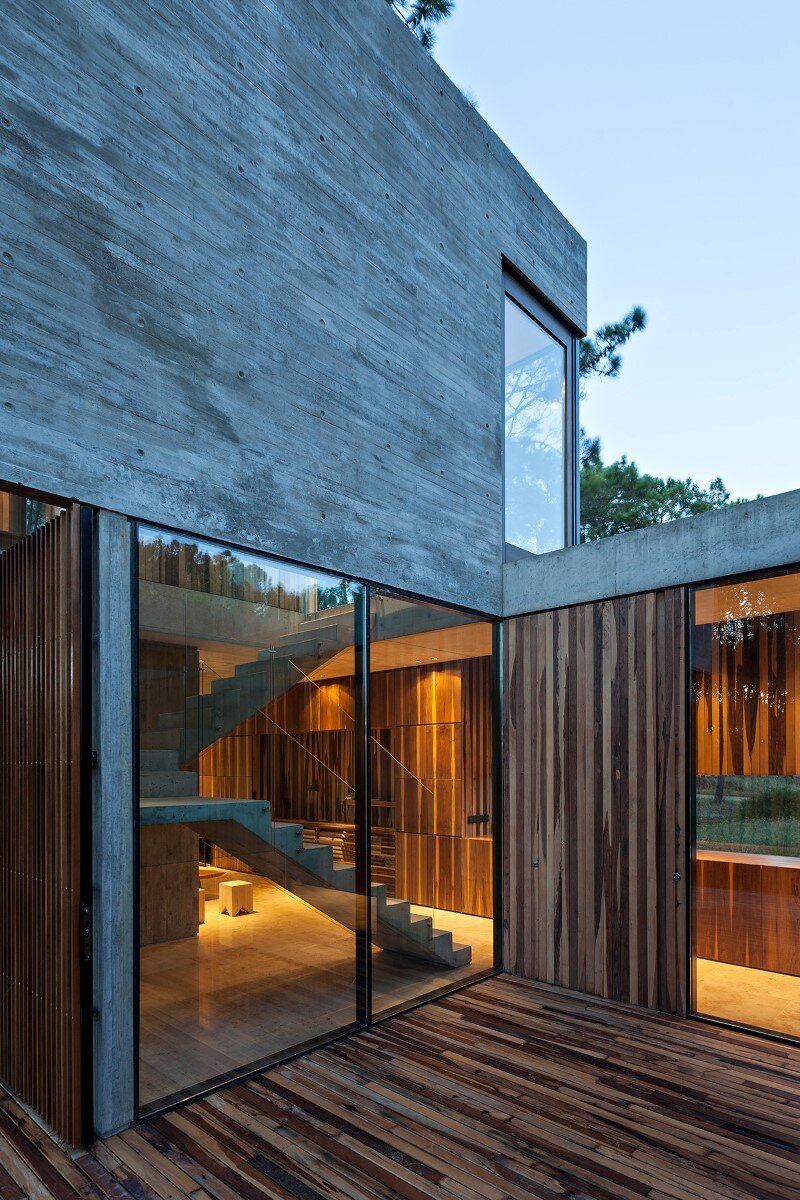 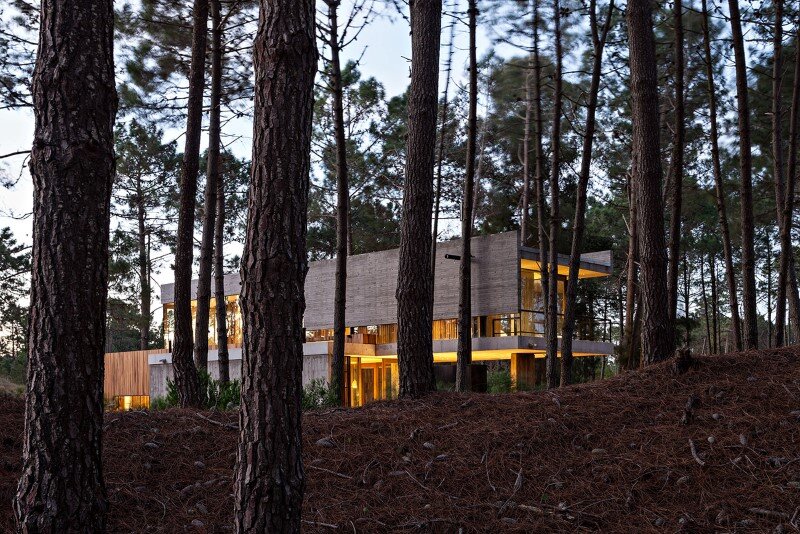 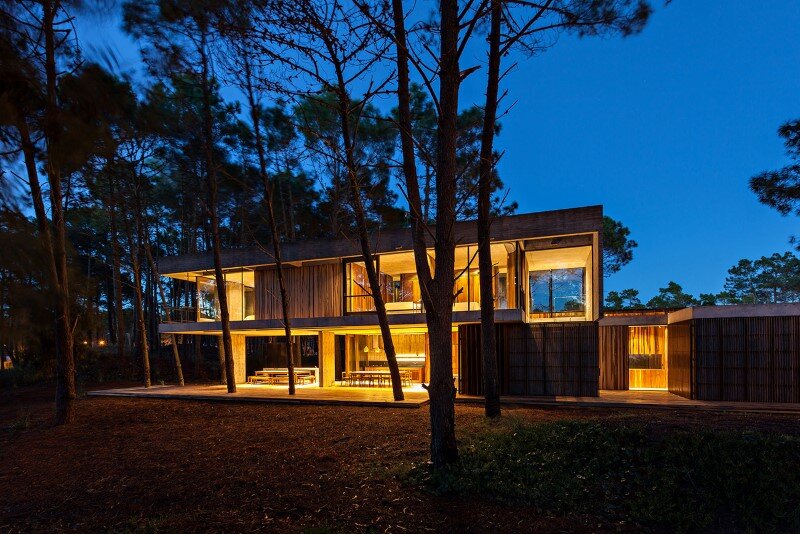 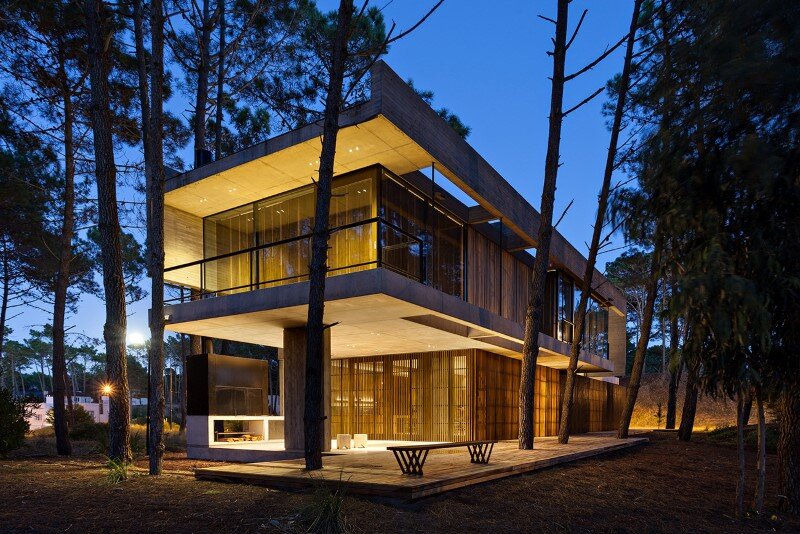 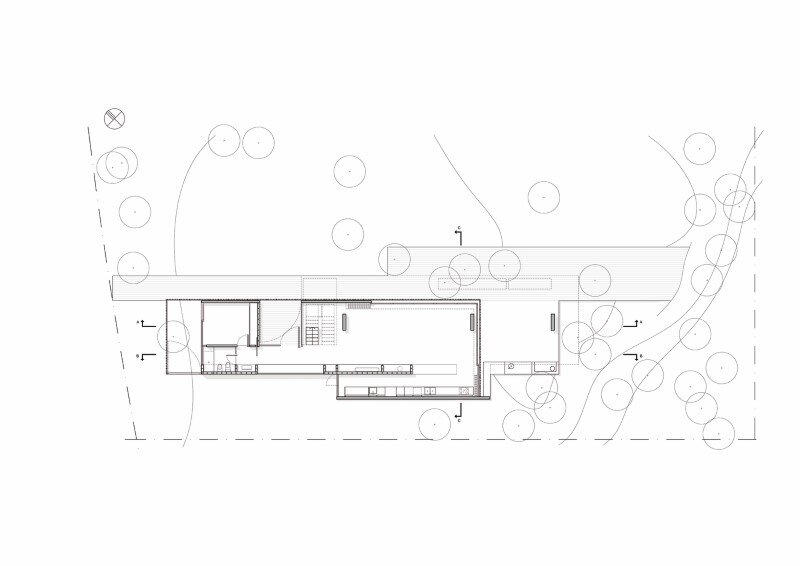