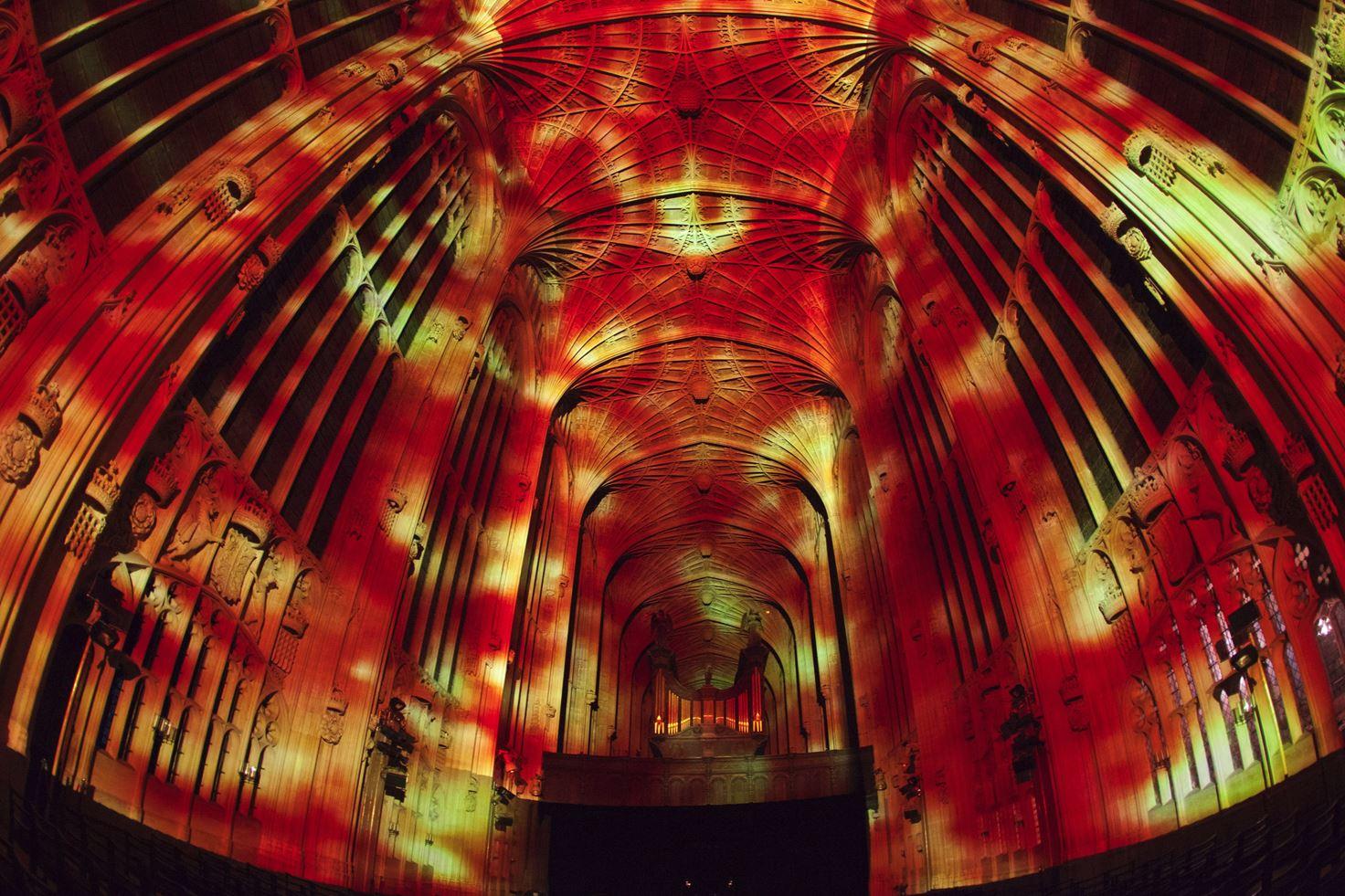 At the occasion of a fundraising campaign organized by the University of Cambridge in King’s College Chapel on 17th October 2015, Artichoke invited the artist Miguel Chevalier to create a series of immersive projections to accompany the speeches of renowned professors and alumni including Sir Ian McKellen, Professor Chistopher Dobson, Professor Carol Brayne and Sir David Attenborough, and concluded by an unannounced appearance by the world-famous physicist Stephen Hawking, known for his work on black holes.

This was the first time that the University of Cambridge had invited an artist to make a work of art in the Chapel. For the event, Miguel Chevalier imagines a number of different graphic universes, which are generated in real time and use their own “digital” language to illustrate and interpret a wide variety of subjects including Academic Excellence, Health, Africa, Biology, Neurosciences, Physics, Biotechnologies… 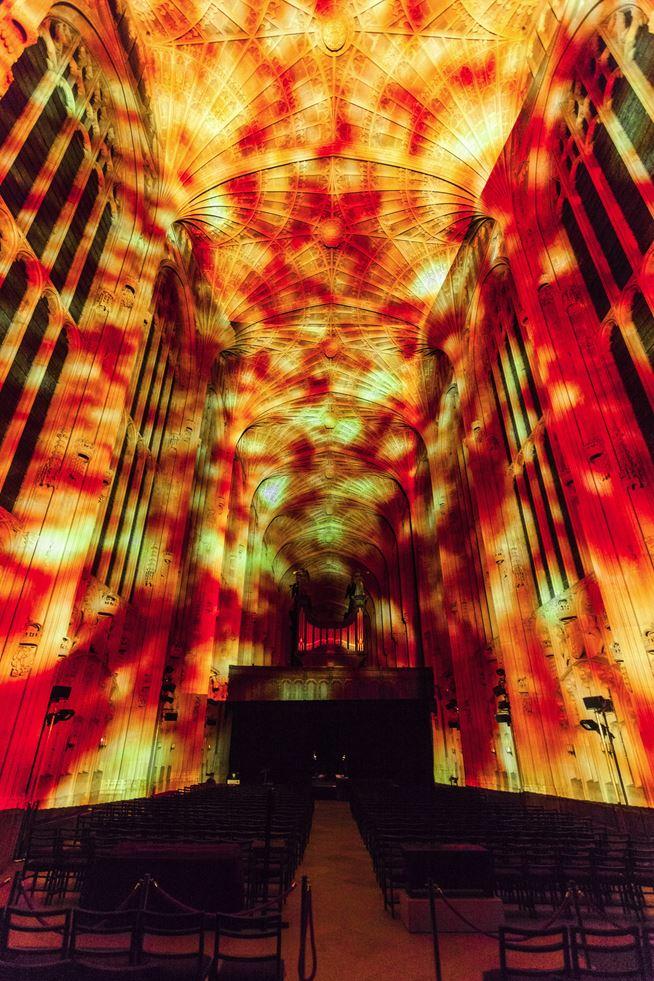 We discover colourful living universe constantly renewed. Everything floats, branches out, appears and disappears, always turning into something else. Colored lines of light sketch out mental landscapes before our very eyes. 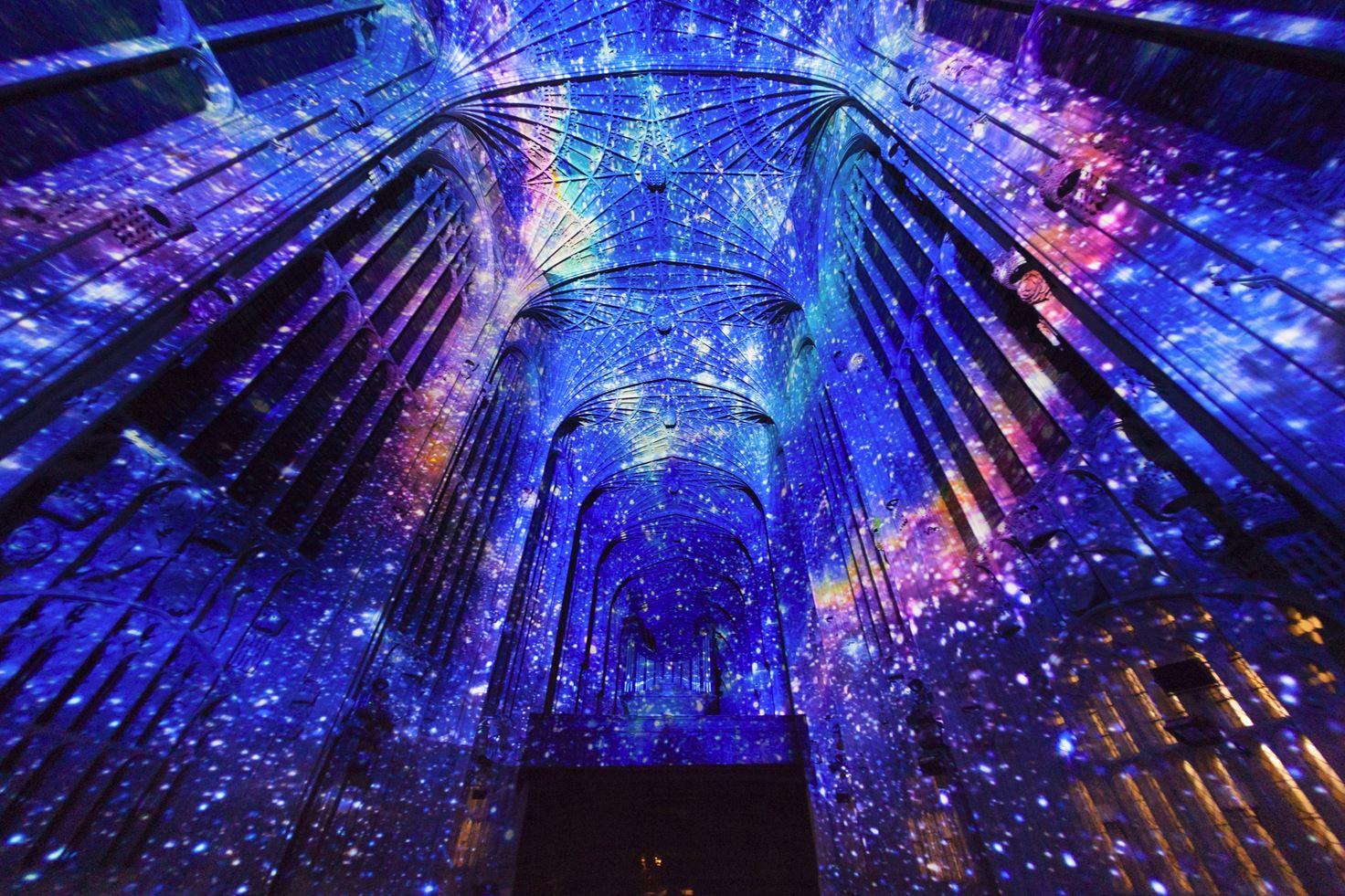 To illustrate Stephen Hawking’s research about black holes, Miguel Chevalier imagines an immersive environment made up of thousands of constellations that plunge the guests into the mystery of the universe. In the same spirit, each of the projections entices the audience into a magical and poetic atmosphere where science meets spirituality. 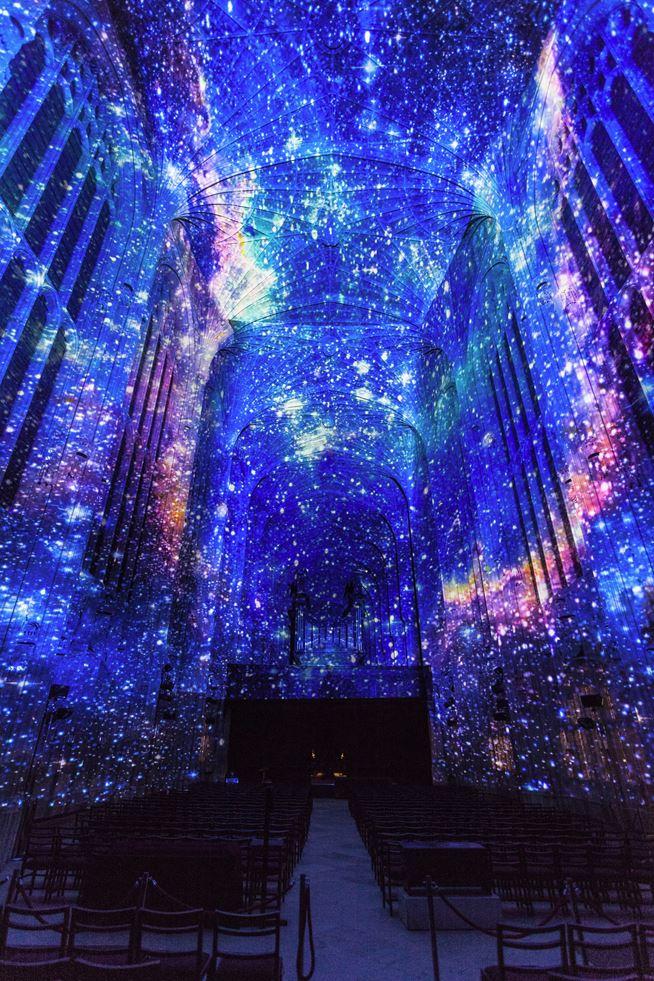 The site-specific installation highlights the architecture of the 16th century Chapel through light and highlights the high technicality of the cathedral’s fan vaults, one of the finest examples of late Perpendicular Gothic English architecture. The soft light and the wealth of colours from the digital installation is in resonance also with the light from the stained glass windows. The installation gives the building life before our eyes, creating an unprecedented visual experience. 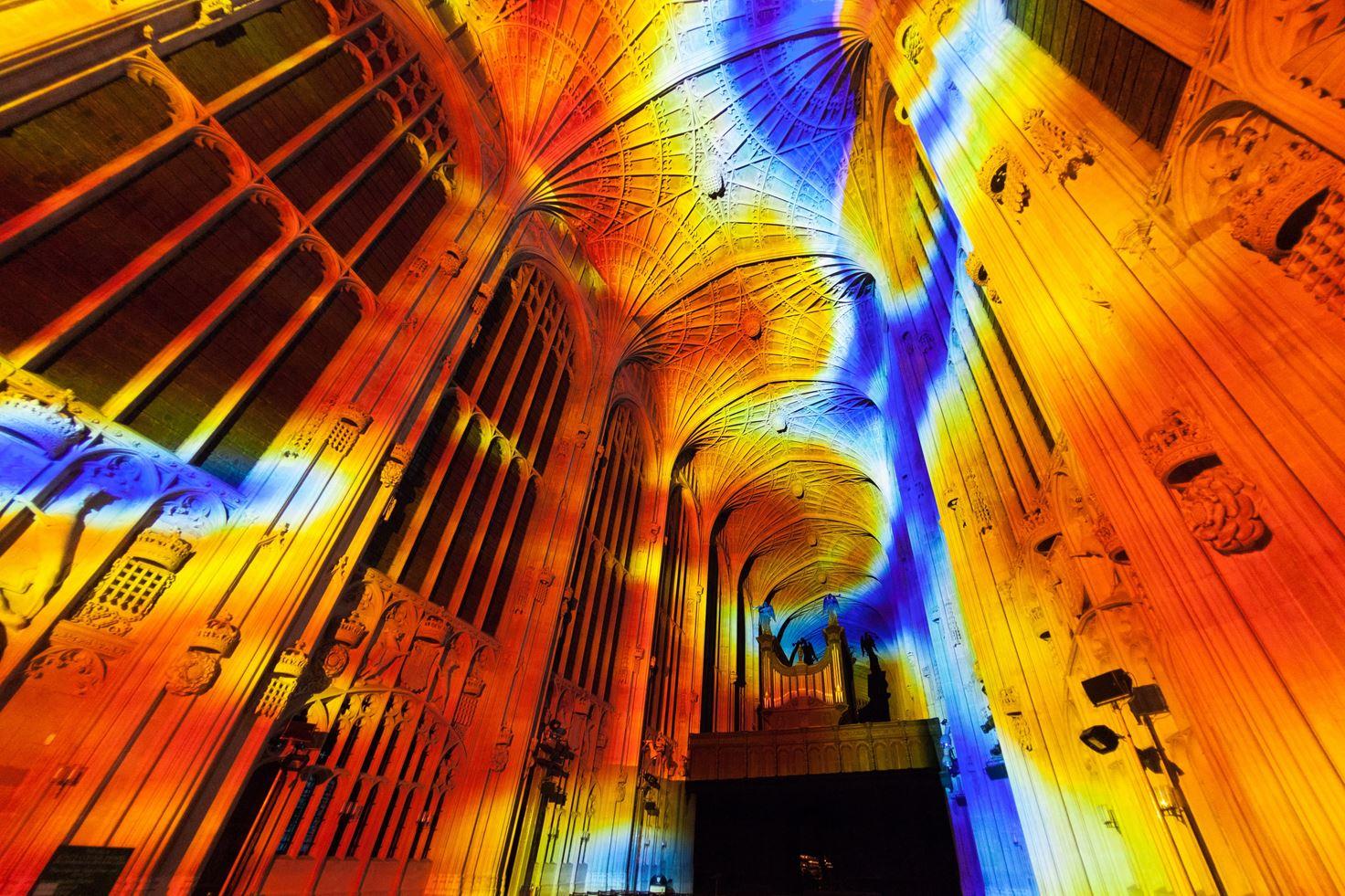 This digital installation is a celebration of the open-mindedness and the highness of research of Cambridge University. 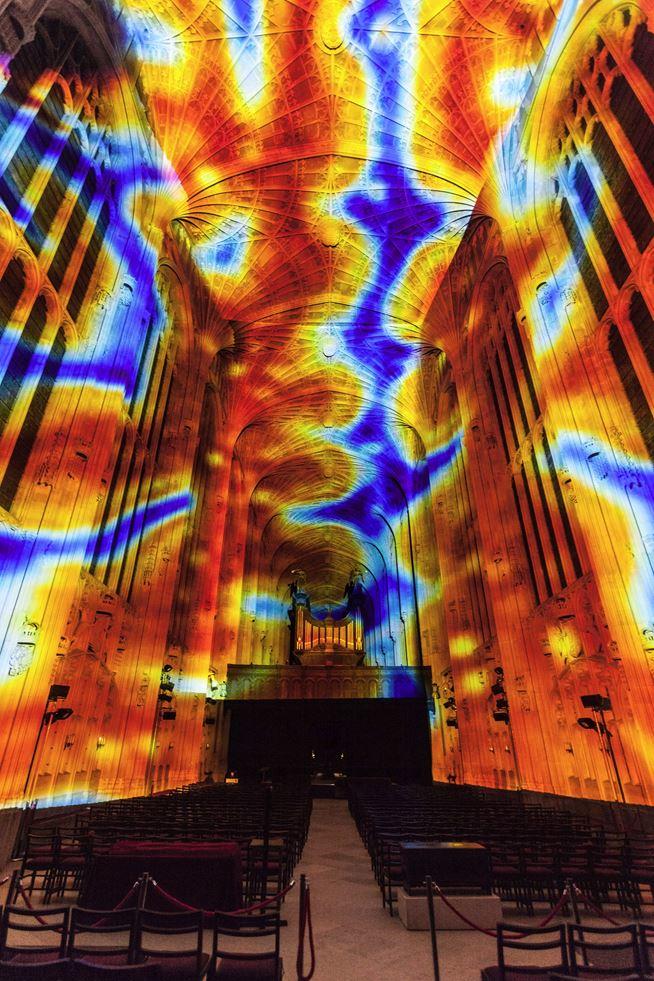 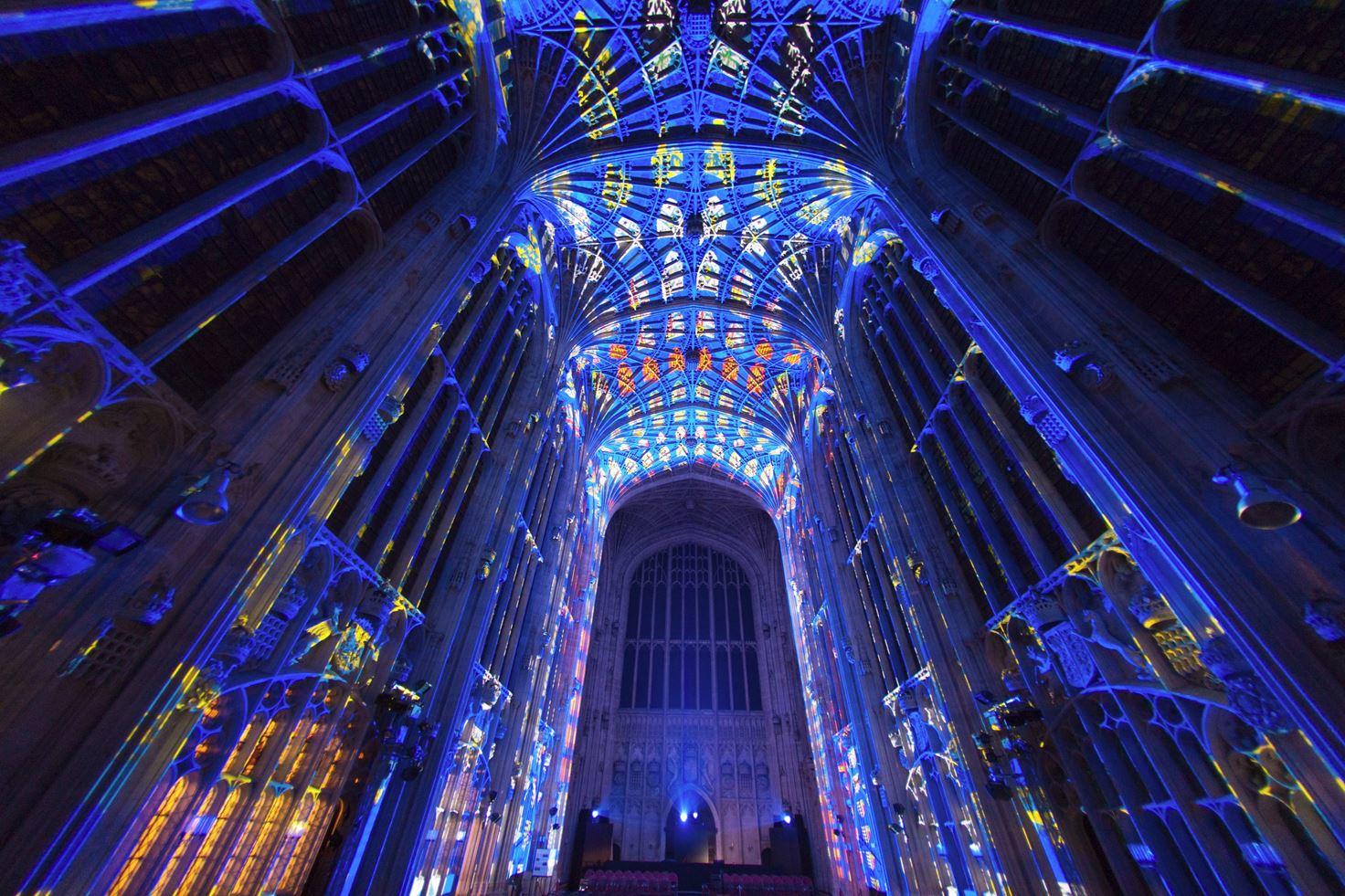 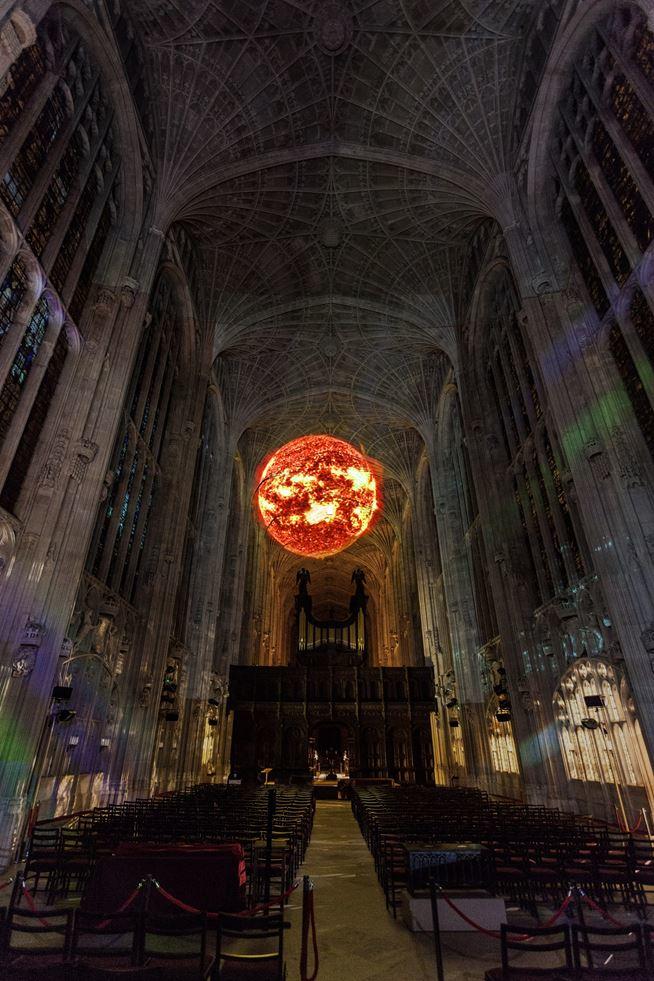 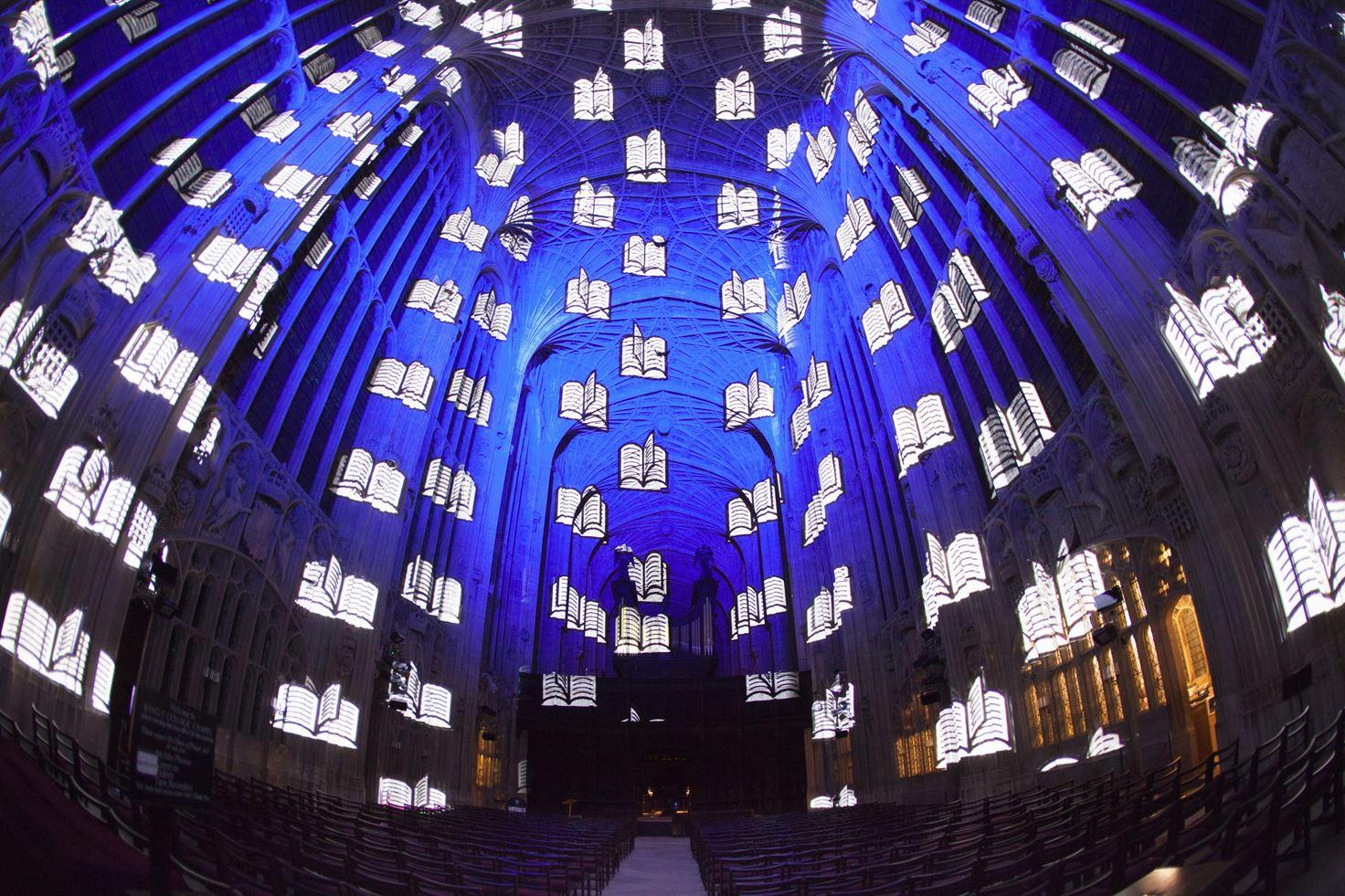 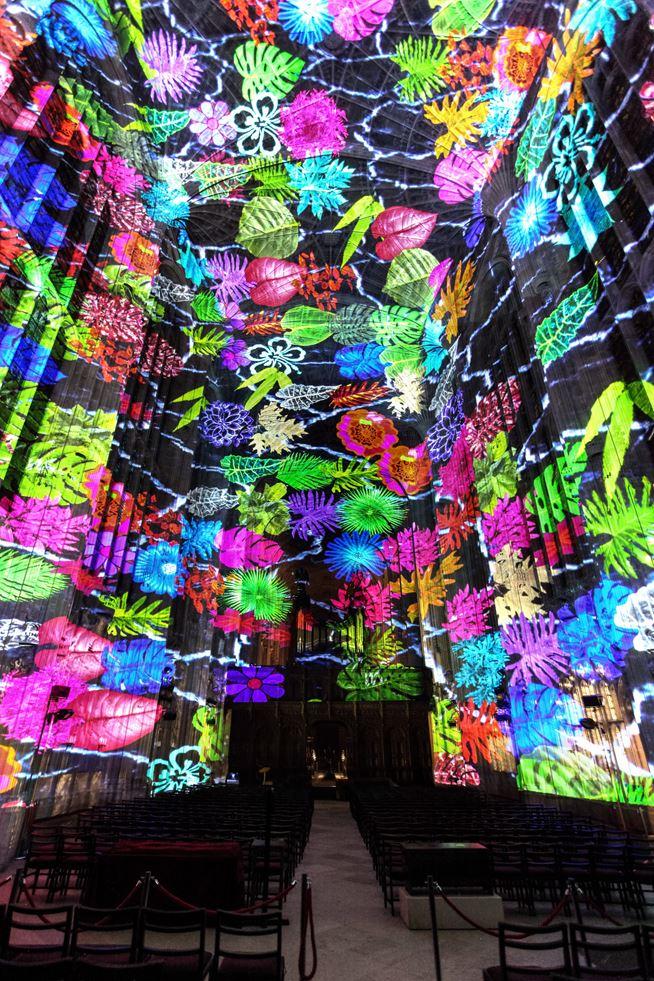 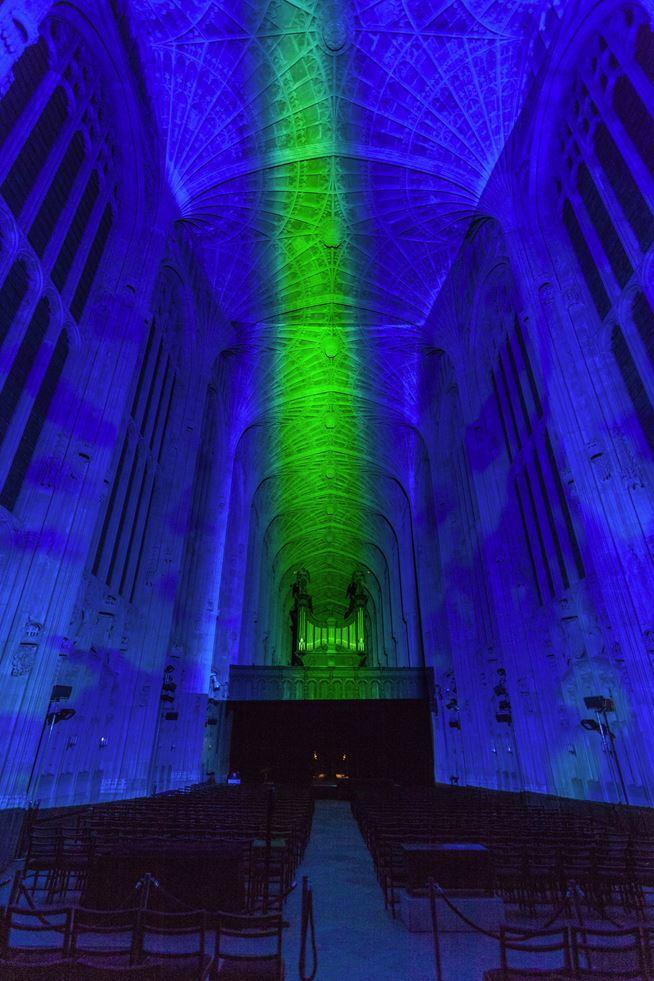 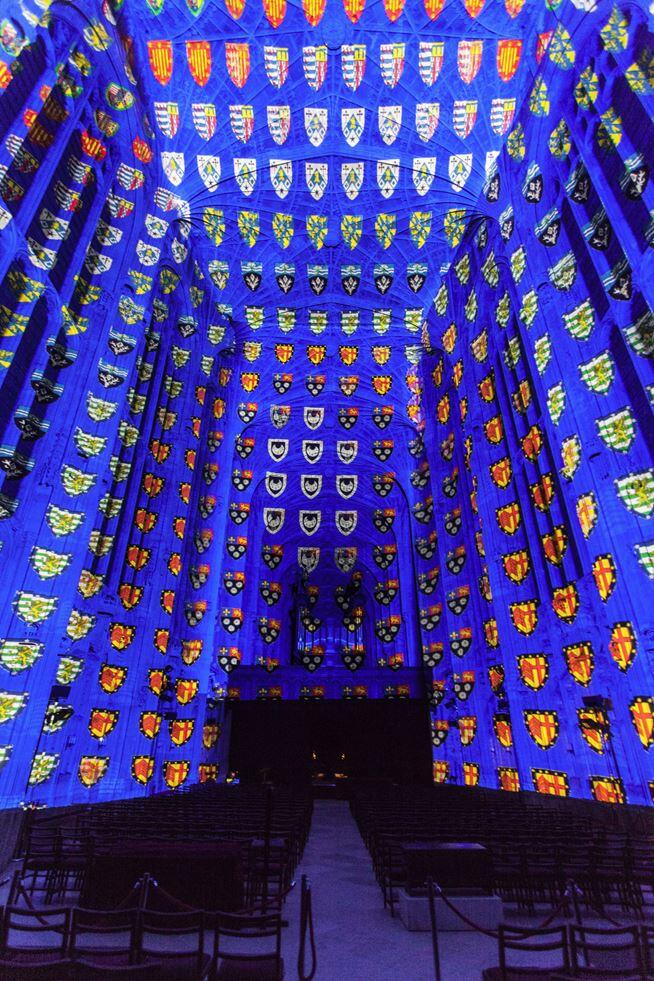