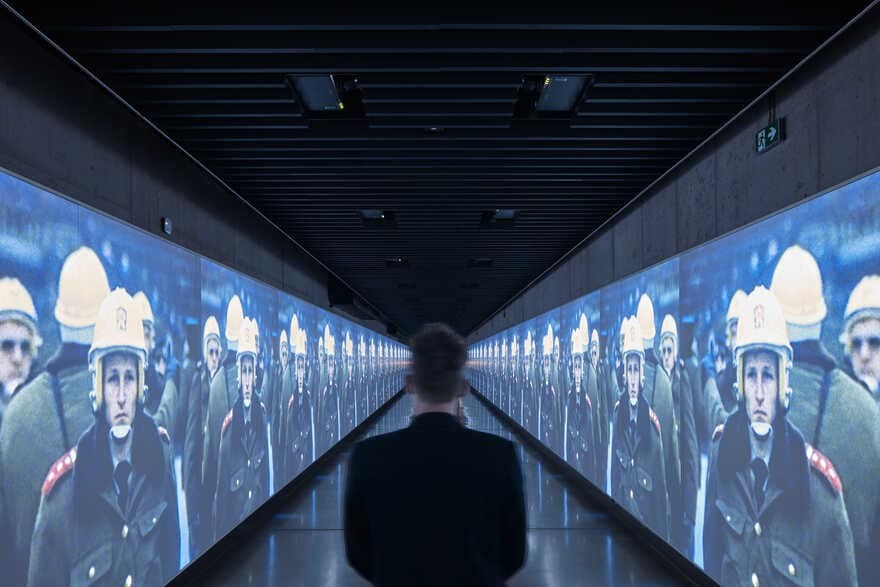 Multimedia exhibition in the corridor between historical and new building of the National Museum in Prague.
The corridor is a raw concrete shell connecting places, transferring information, and organizing people. A cast of free underground volume in between the city’s infrastructure. We have inserted three bodies with a length of 56 meters into it, which creates space for time transmission. 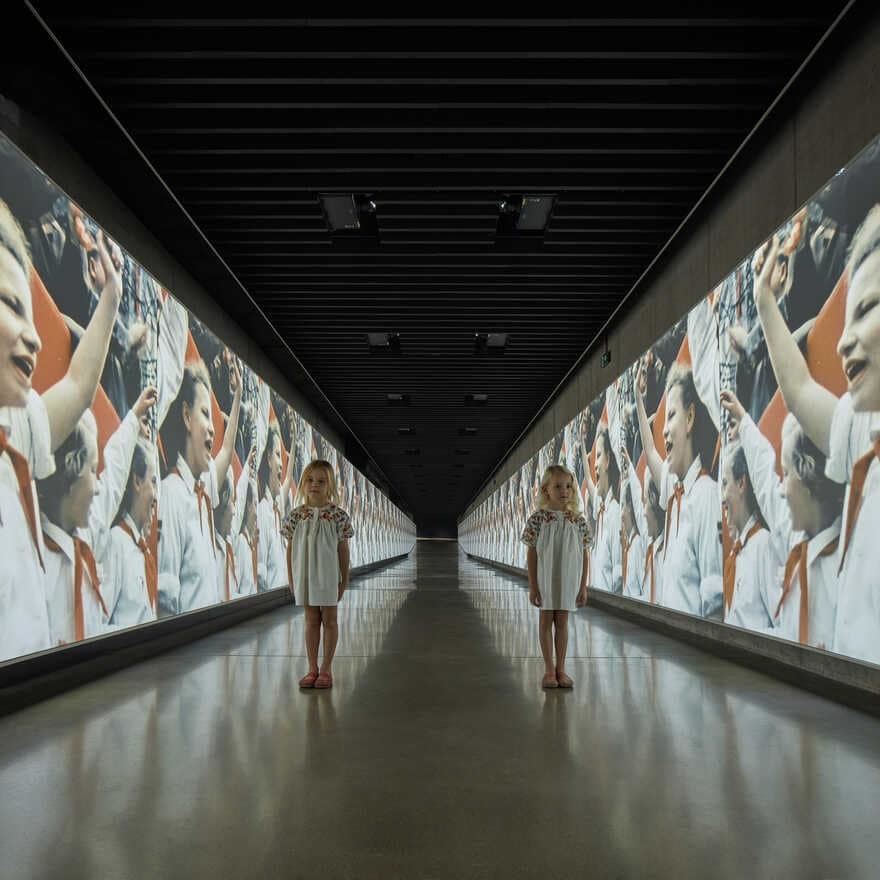 Wenceslas Square. Key public space in the Czech Republic. The venue of the most important events. The crossroads of the history of our nation. We present our history on the footprint of one century and the story of the architectural development of the two 720 meters long facades of the square.

To be sufficiently authentic, the most modern audio-visual technologies had to be combined with respectable technical parameters. The 56 meters long corridor is covered on both sides with a continuous projection with an area of almost 270 m2, projected by a total of 38 laser projectors with ultra-short mirror lenses. 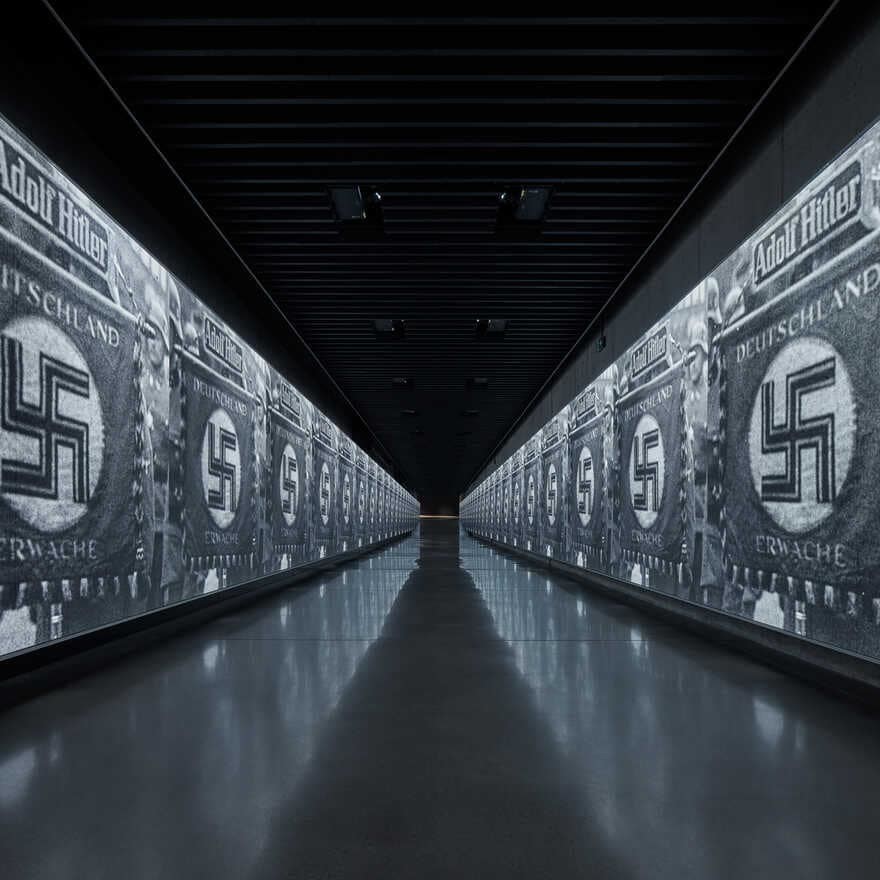 Moments of the birth of a big city
The original Gothic square with Renaissance and Baroque houses was transformed into a generous boulevard during the 19th and 20th centuries. It became the center of modern Prague. The houses are witnesses of this transformation, reflecting the ambitions and style of their time.

Changes of the 60 buildings of today’s square are processed in a time-lapse animation. One second of animation is one real year. In the years 1860–1939, 66 changes occurred, in the years 1939–2019 only fourteen. 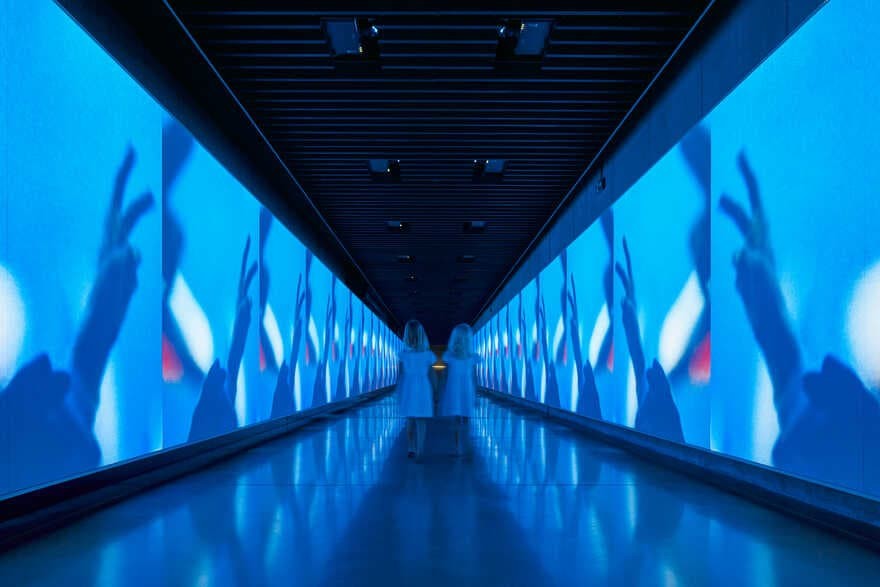 In 1875, trees were planted. Subsequently, however, they were cut down and then replanted. The gas candelabra were replaced by the Křižík lamp on the eve of the electrification. These were later replaced again, this time by neon facades. The darkness of the war bombing turned into the illumination of communist banners and then into the current smog of the LED night. While in the 1930s the windows of residential houses shone with life, they remain dark today and only shop windows are lighted up.

In the prologue of the film, the visitor can see what was in the area of Wenceslas Square during the Paleozoic seas or at the very beginning of the universe. 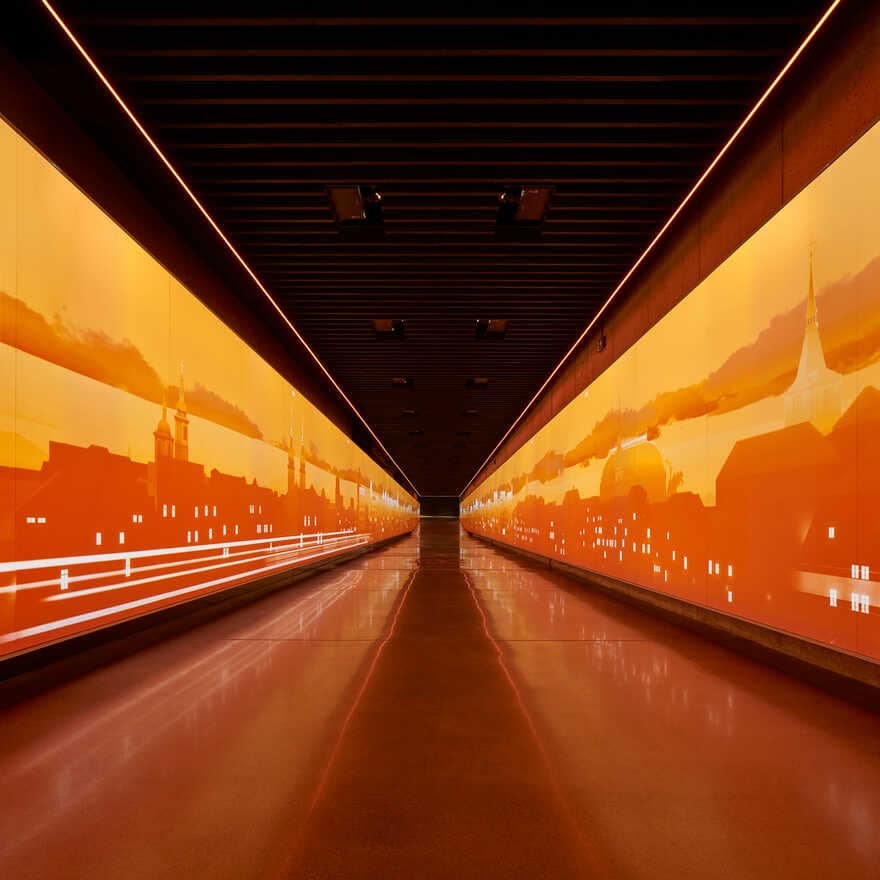 Moments of 20th – century history
In this part, we bring the visitor from the turn of the millennium to the euphoria of the revolution of 1989. Then he finds himself in the middle of emptied rituals of normalization. Another turning point is the occupation of 1968. In the 1950s, the public space is full of celebrations of communist totalitarianism. Shortly before the onset of communism, people stand in the square and forcefully express loyalty under Nazi rule. Everything is preceded by sincere faith in the Czechoslovak Republic after 1918. 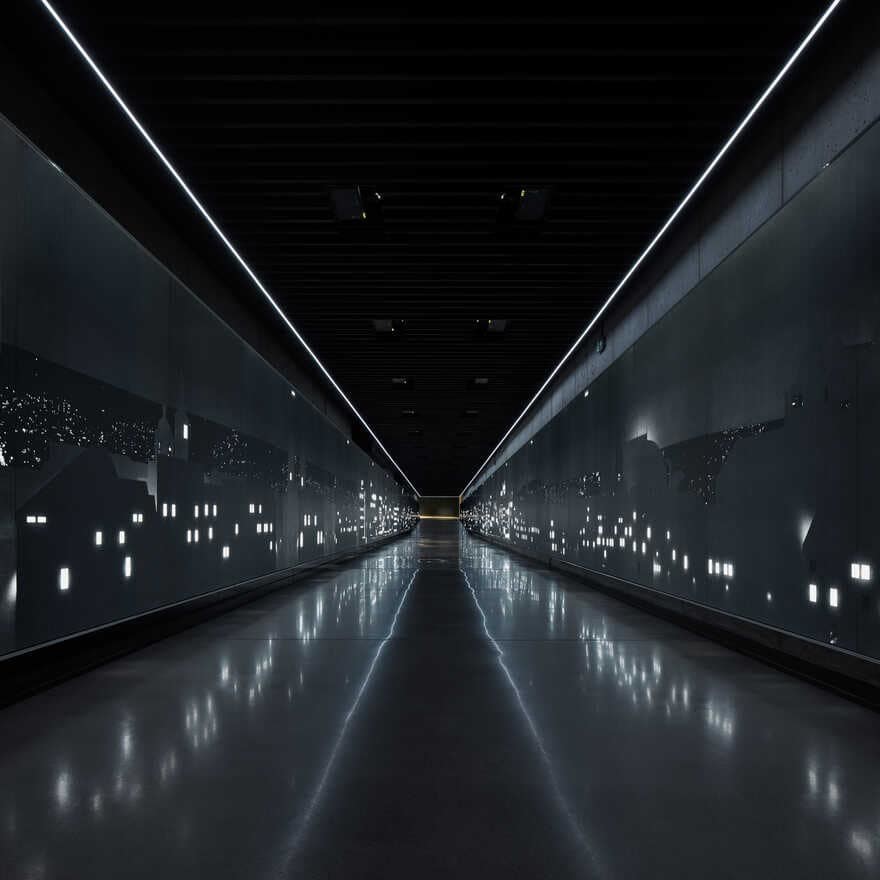 The materials filmed on Wenceslas Square are presented as museum exhibits.
Each of the topics is represented by eight situations that are repeated across all events. They are divided into two categories: action and reaction. The action consists of shots of the symbol, driving forces, and situations. The reaction contains shots of individuals and the crowd.

With its resolution, this project represents the largest continuous projection in Europe, but at the same time, it is exceptional on a global scale. 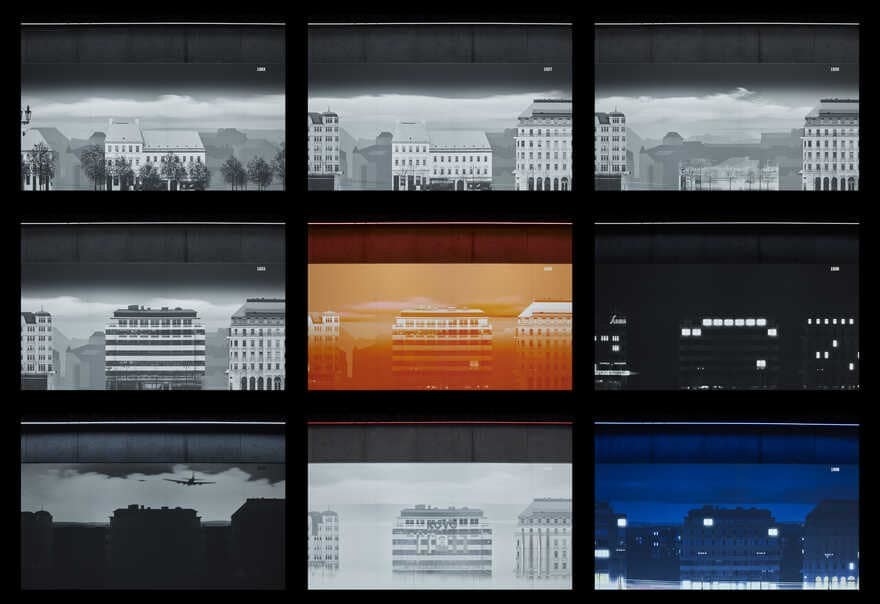 Loom on the Moon
At Loom on the Moon, we believe that your fantasies can become a reality. That is why we created a passionate group of dedicated animation specialists who can breathe life into your stories, fantasies and dreams, no matter how big or small.

Pink Productions
Is a Prague-based production company. Its main focus lies in producing documentary and fiction films as well as photo and TV commercial campaigns. 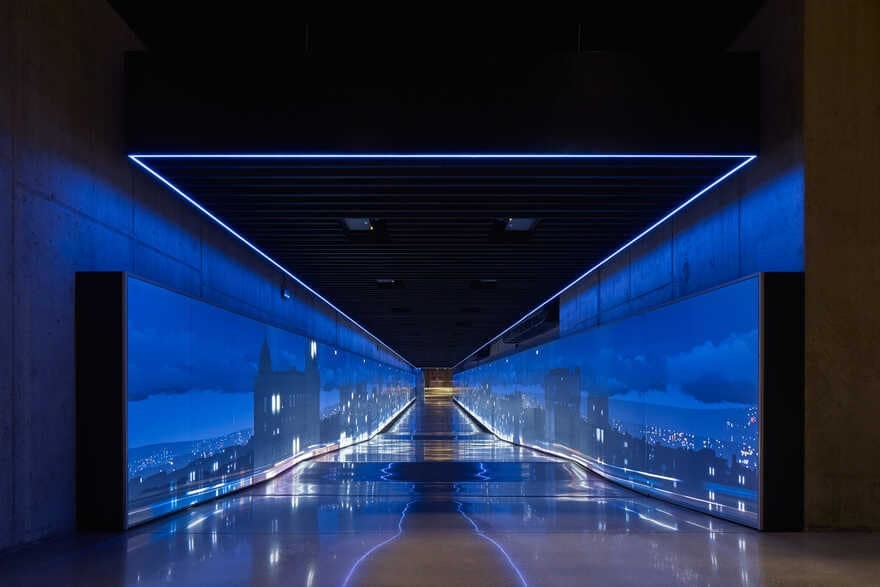 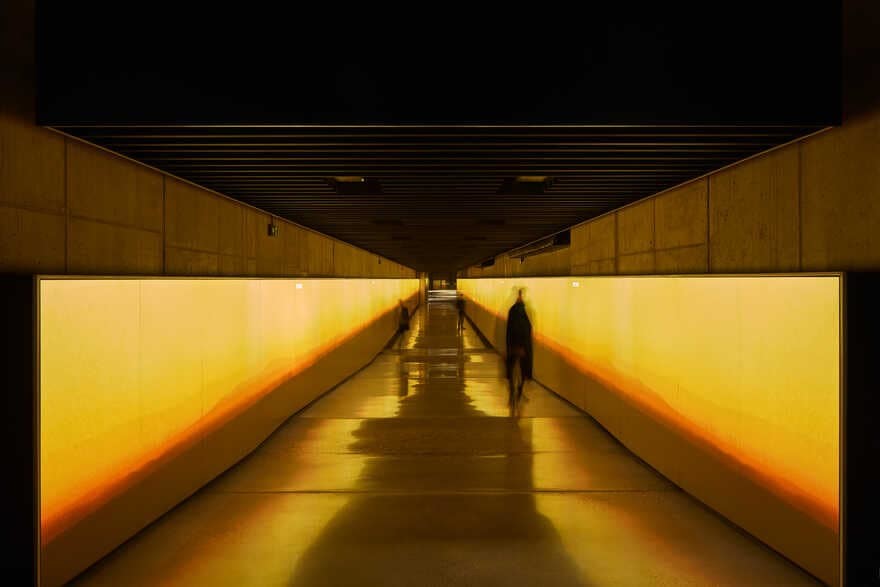 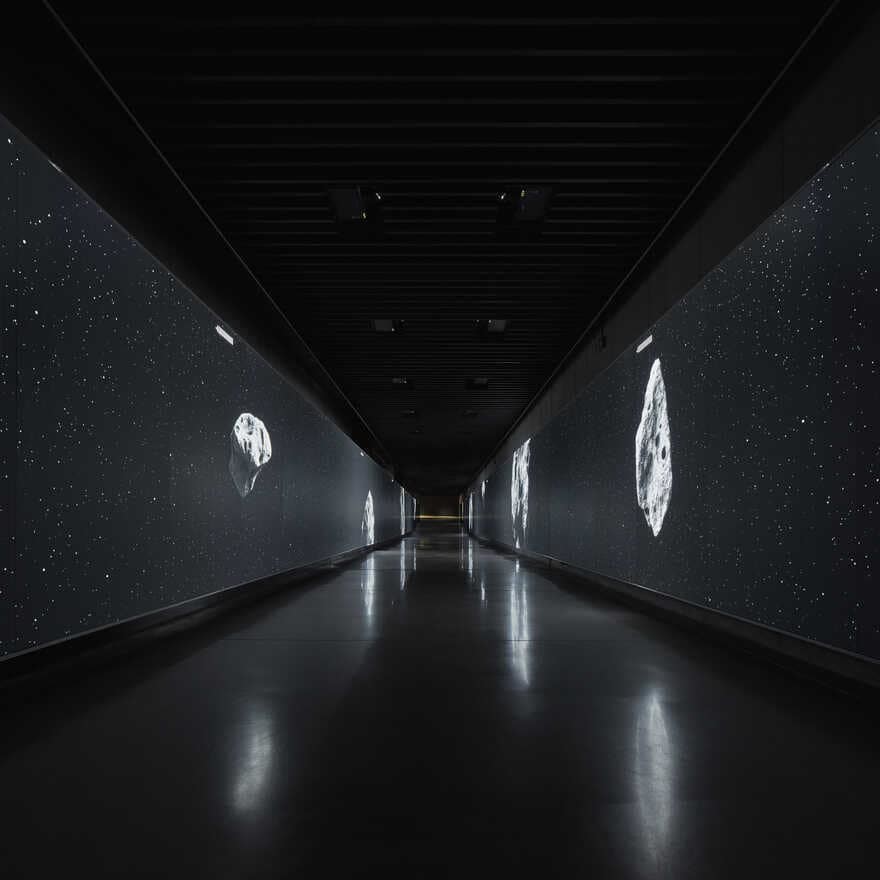 The Vortex House Has Folded Walls That Suggest Motion and Centrifugation

Vortex house combines familiar regular forms with more dynamic elements that suggest motion and spinning. The new walls are folded and pinched as necessary to make space, as if the entire surface of the new interior is made of a single sheet of folded paper.
Read more

Set within an Art Deco building in Woollahra, the brief for the K Apartment was to be a reflection of the way the young professional couple would like to live their lives - open spaces that were generous and filled with light.
Read more

The new technologies and modern materials have allowed to the Nuvist designers to try to materialize the concept of elegance, make it tangible and...
Read more

Shiraiwa house is located in north of Hamamatsu city in Japan, and it is surrounded by mandarin plantation on mountain which is feature of the area. Its interior space are equally divided into two different sections, Indoor and semi-outdoor space,
Read more
Contemporary Houses

Chef Condo in Bangkok by Fattstudio

A Concrete Vacation Home as Minimal as a Gallery

This concrete vacation house is located on the banks of the river Hvítá, a two-hour drive east from Reykjavik. The site is a moss-covered hilly area with views over a quiet bend in the glacial river in the spring; the river floats icebergs from the glacier through the nearby bend in the river, toward the sea some 100 kilometers away.
Read more
Contemporary Houses

Located in the leafy suburb of Hawthorn East, Open house is an renovation and addition to an existing brick bungalow. The existing house was in great condition, however the rear lean to extension completed in the 1970s has become an awkward living area with a poor connection to the garden.
Read more
Renovation Projects

Chalet Concept is an old stone cottage renovated by DGA-Architectes. Built with stones from the 16th century chalet Concept is the oldest house in the...
Read more
Atelier Andy Carson

This new pavilion-like house designed by Atelier Andy Carson is a sanctuary from its harsh surrounds, perched on a sprawling coastal site overlooking Werri Beach, New South Wales. Green pastures and paddocks running dairy cows line this 150-acre property on one side, rugged coastal cliffs and ocean on the other.
Read more