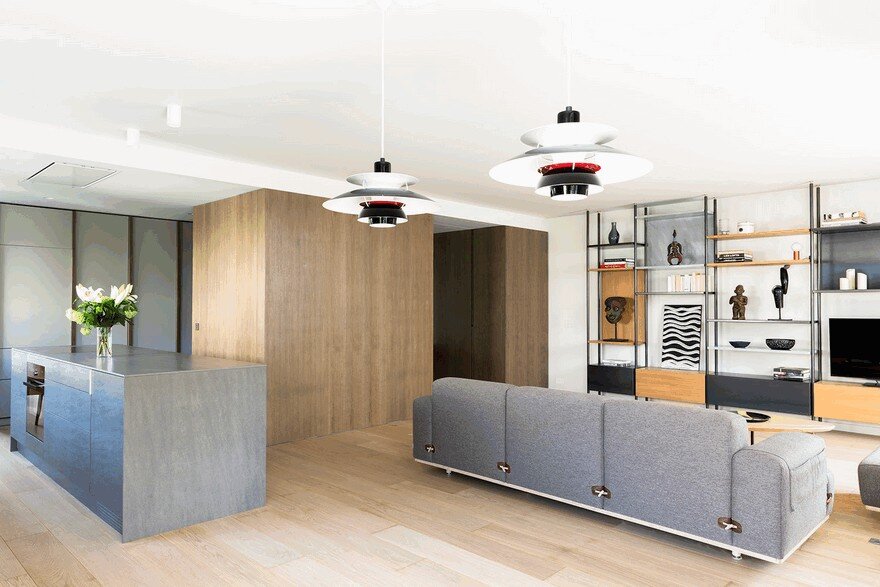 This project deals with the interior refurbishment of an apartment aiming to redefine its spaces according the new owners needs. The apartment has an area of 165 m2 and is located in Neuilly-sur-Seine, Paris. 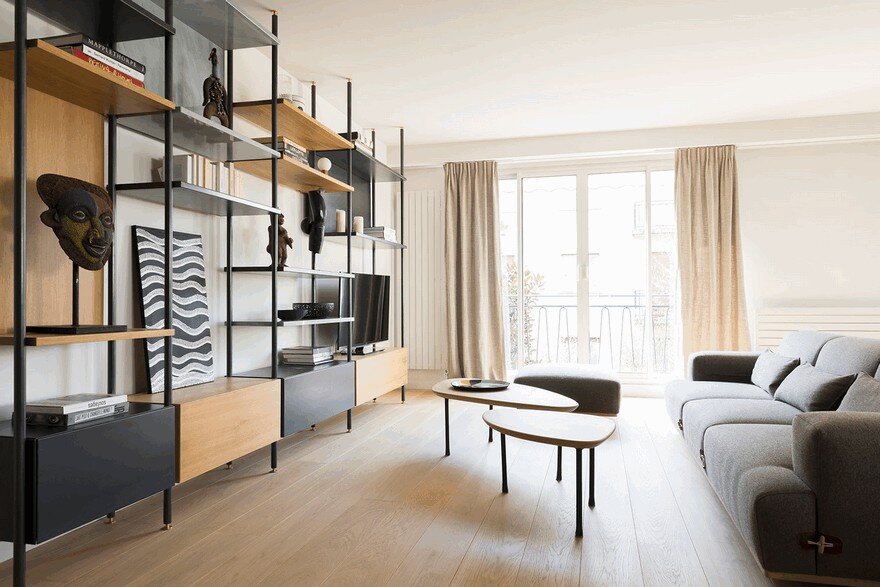 The original apartment had a classical and fragmented distribution with a very generous entry space separating the night spaces from the day spaces. In addition, the large living-room was well located in relation to the façade openings and the course of the sun; however, the kitchen appeared to be separated from the other spaces with an access from the entry. 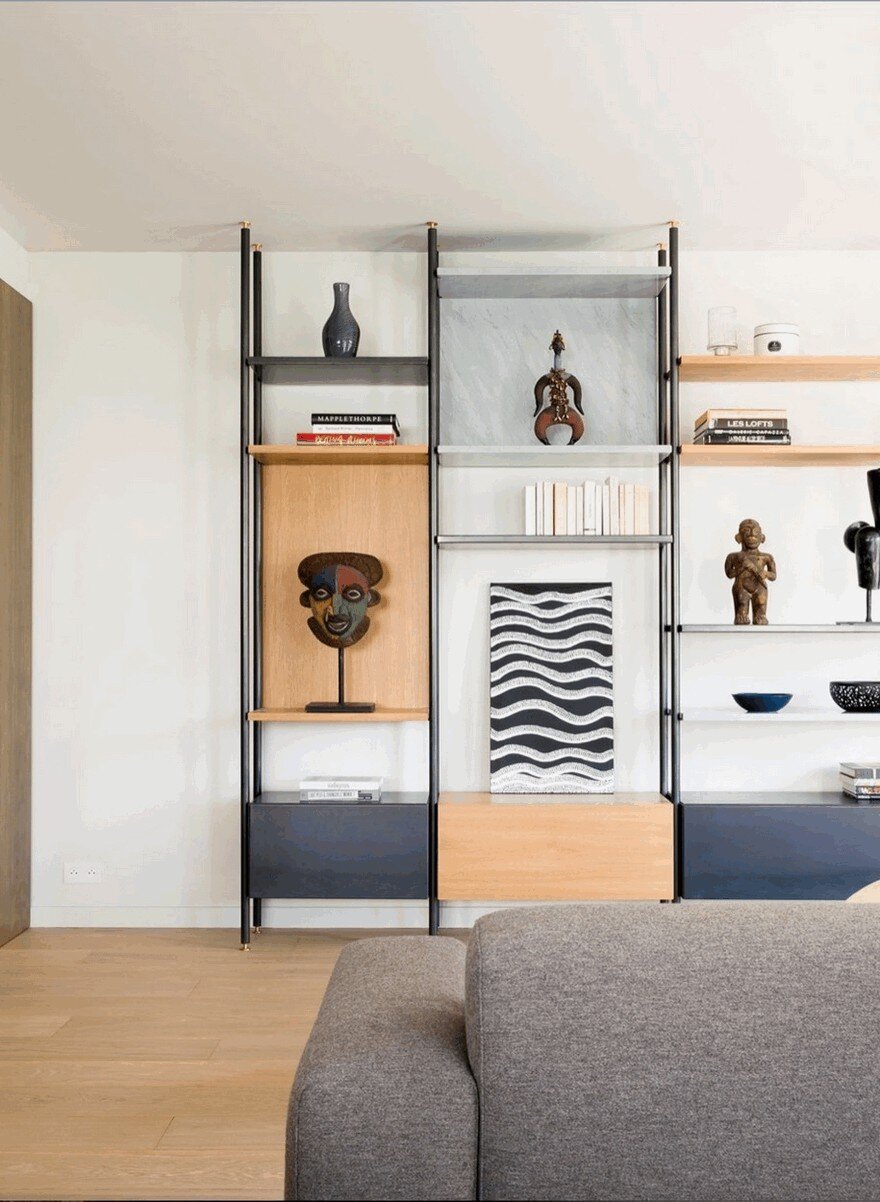 First, the distribution space, in front of the entry, was replaced by a structural communicating space. This guiding axis improved spatial perception of the entrance, generating better perspectives, a better lighting and a better connection with the outdoors. To do so, this space became more than a simple distribution by also considering functional parts. Then, the kitchen moved to a new position, closer to the living-room, changing its nature in an open kitchen. Now the living-room is no longer closed but is expanding itself thanks to the spatial continuity developed as we get closer to the façade. 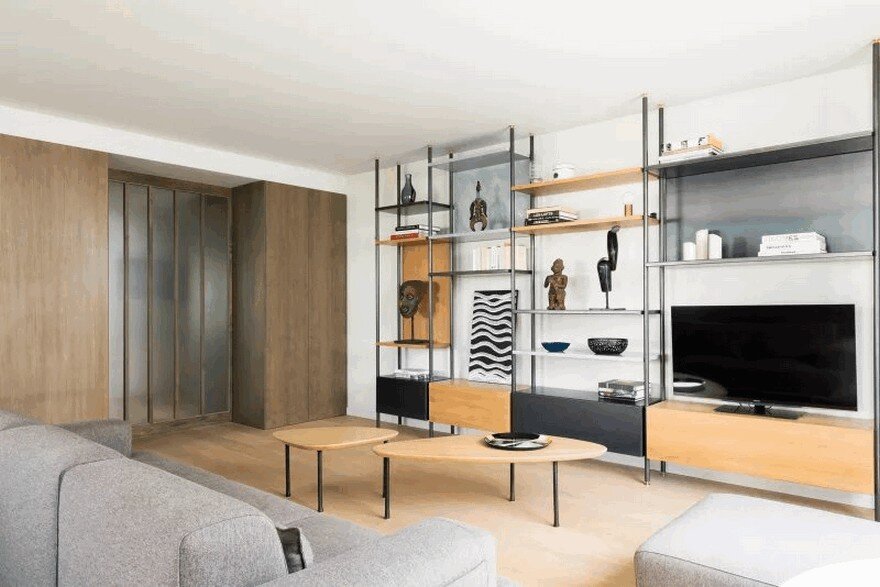 Finally, the bedrooms, facing the north, were all located on the right side of the axis; the master bedroom was designed in more generous dimensions and includes a bathroom and a dressing room. 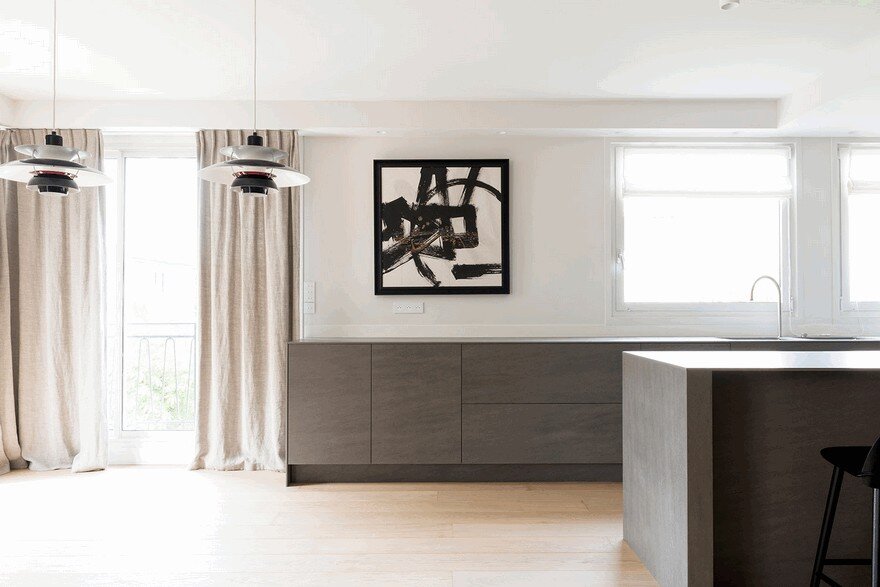 Besides, this new composition brought clarity to the apartment, improved its functions and its flexibility, but above all, established a better relationship between the different spaces, multiplying the sensation of magnitude with visual perspectives connecting all the façades. 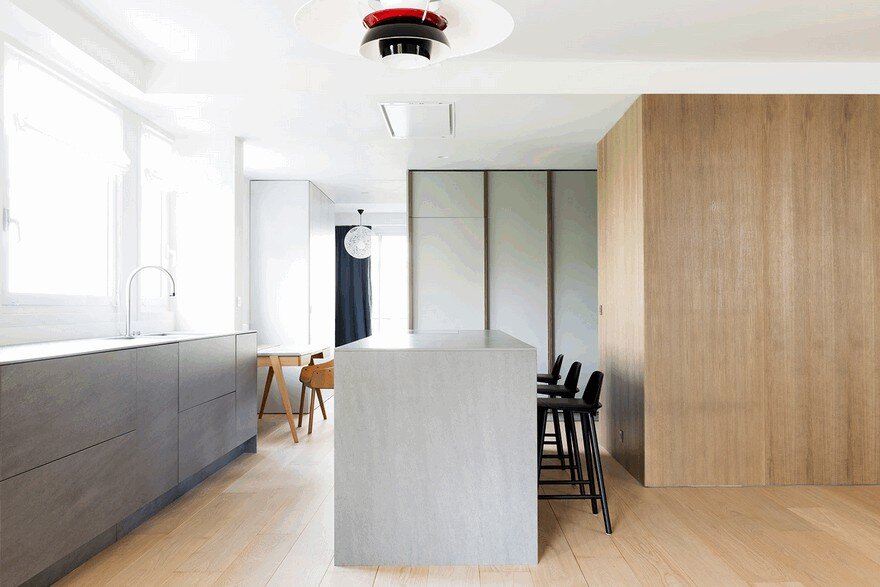 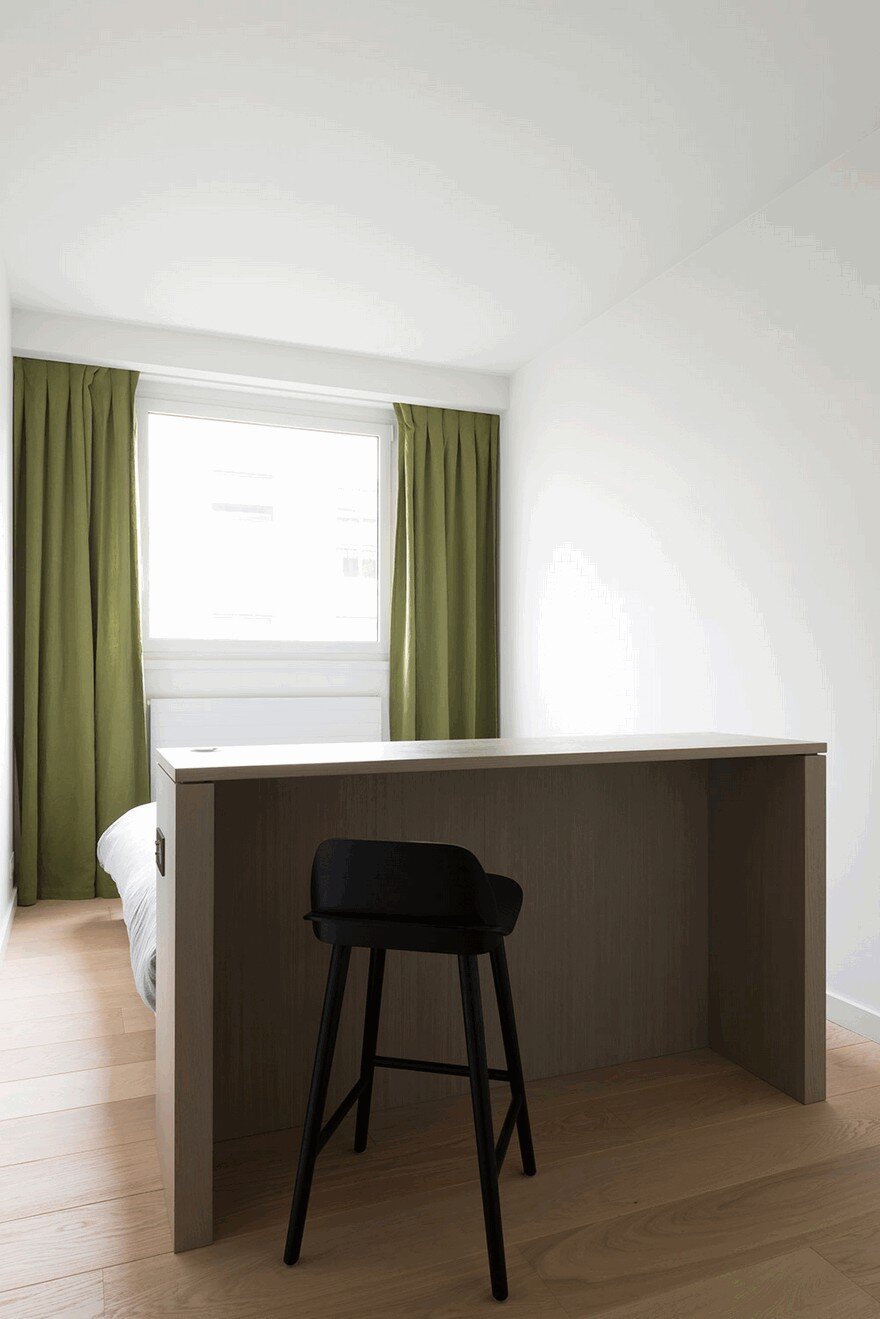 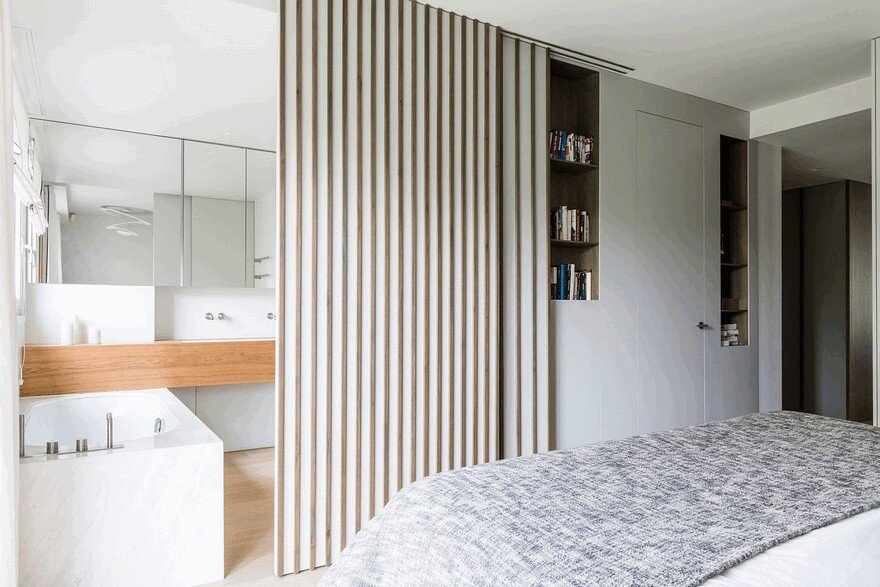 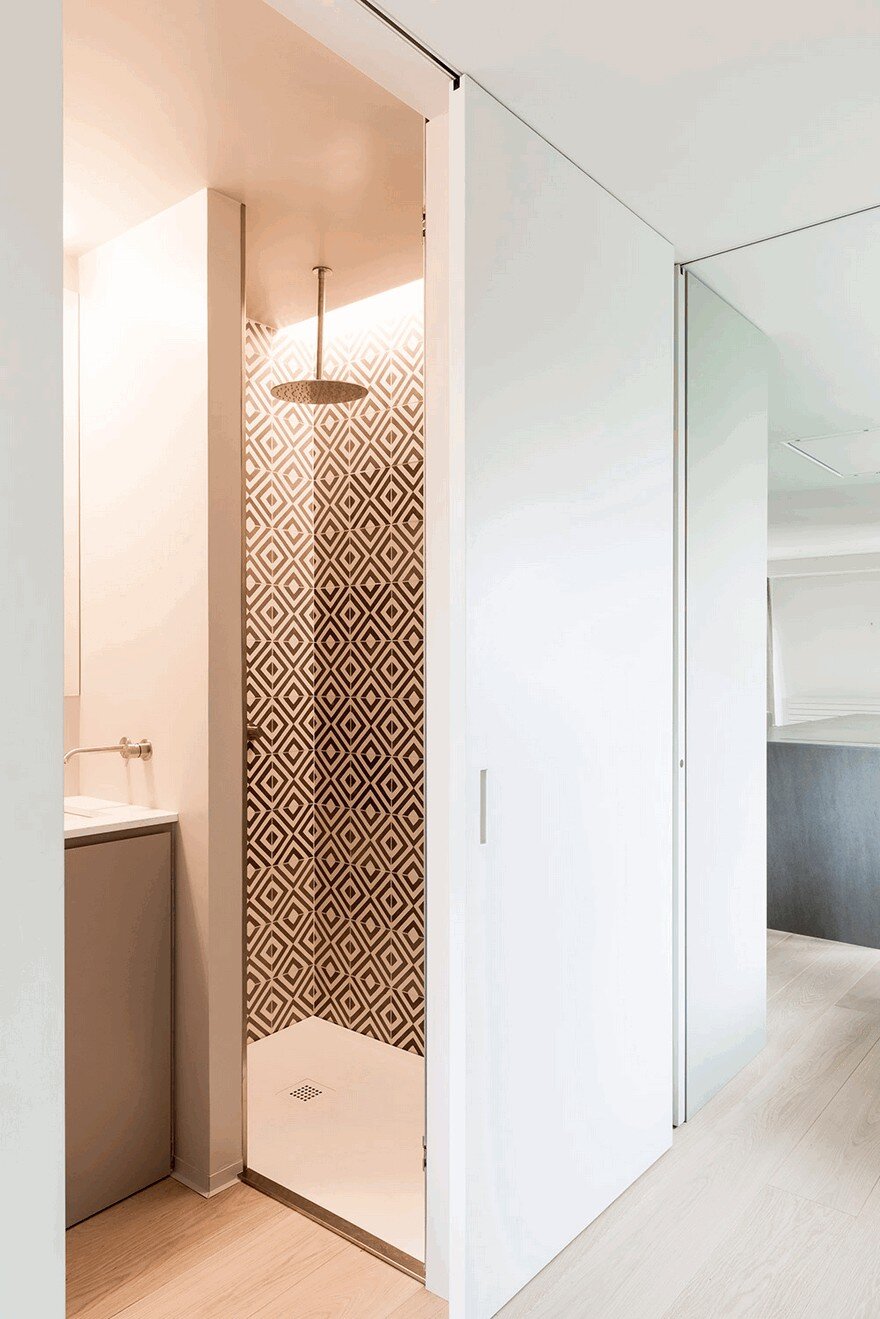 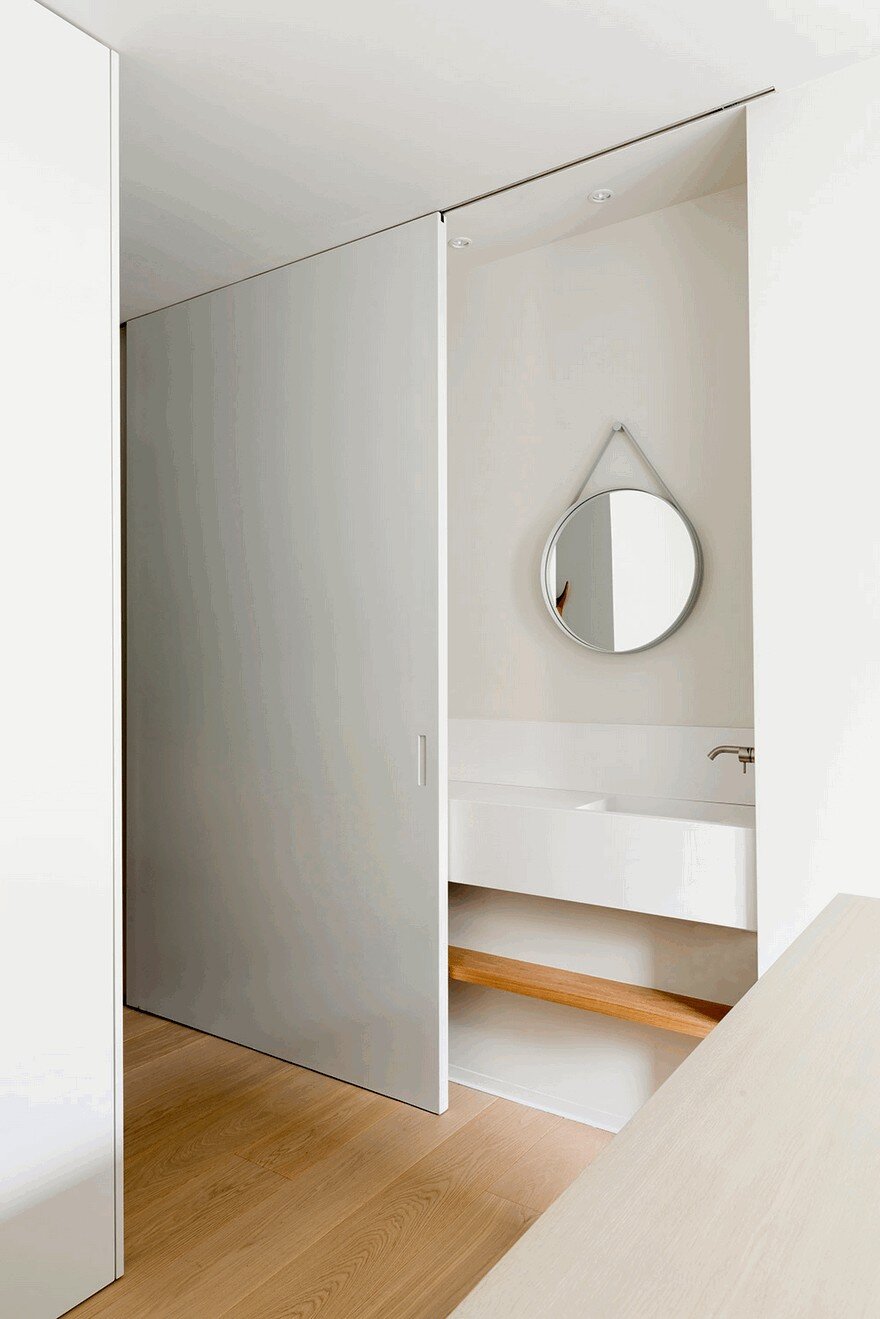 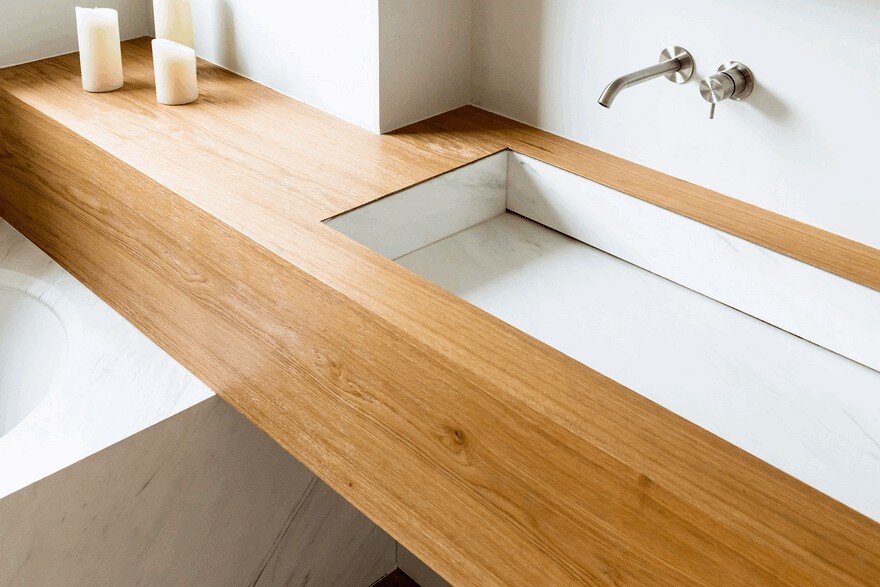 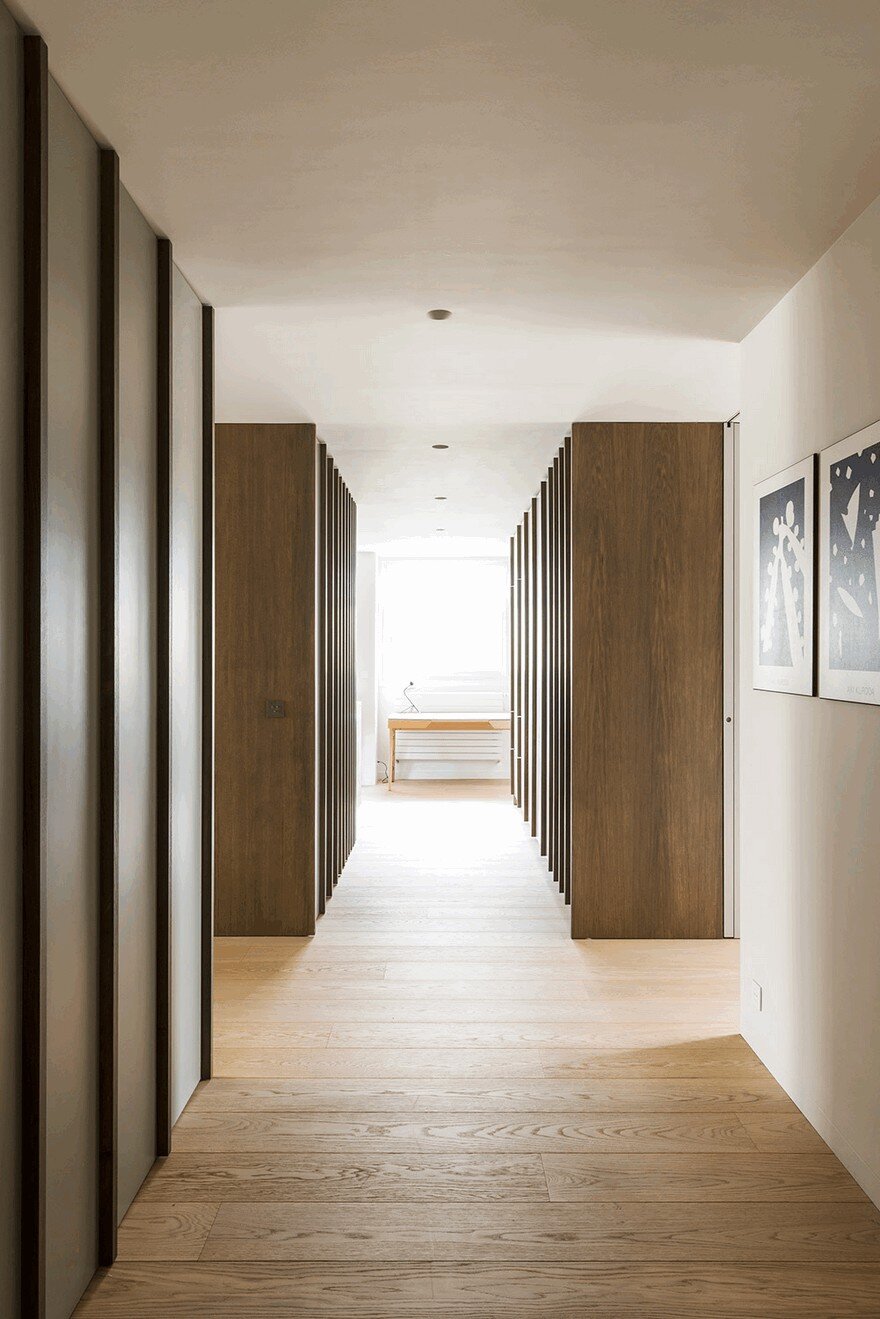 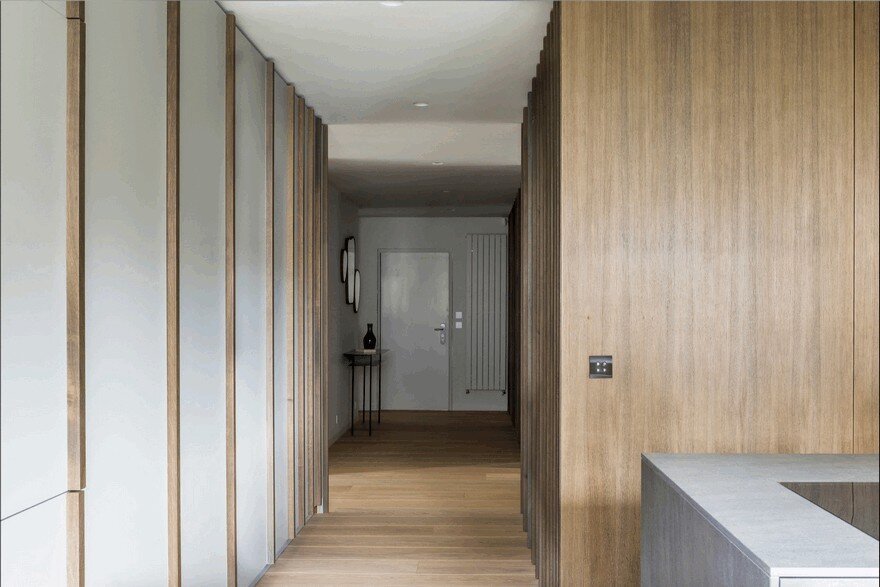