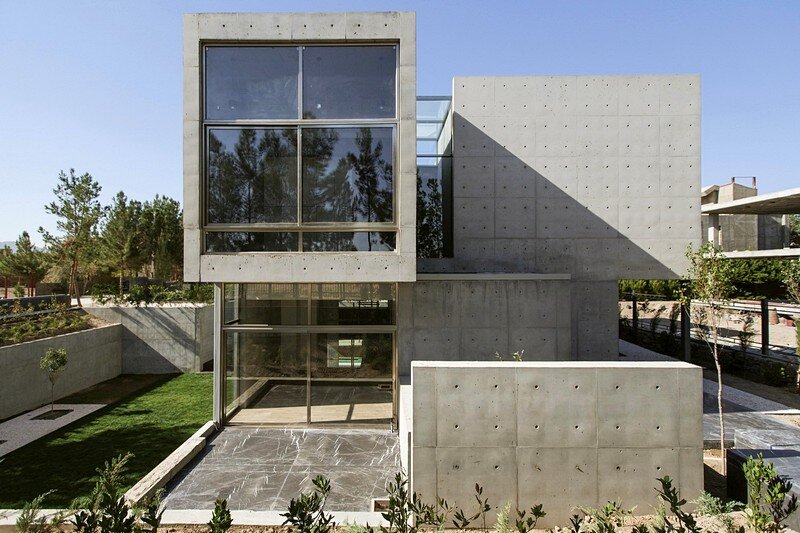 Tehran-based Bracket Design Studio has completed the Isfahan House in 2016 for a young family.

Project description: Isfahan, at all times, has been a garden city, however, nowadays only a few gardens have survived. During the development of the city, beautiful gardens have turned into the streets or highways of the neighborhood. Nevertheless, in Isfahan, gardens and green zones are still alive and living in them of still flowing for the city habitants. In this change, population escape from the cities and migration to the city skirt and the border towns grows day by day. The client of this project which has been located in one of the border towns of Isfahan had decided to live in the garden as well. 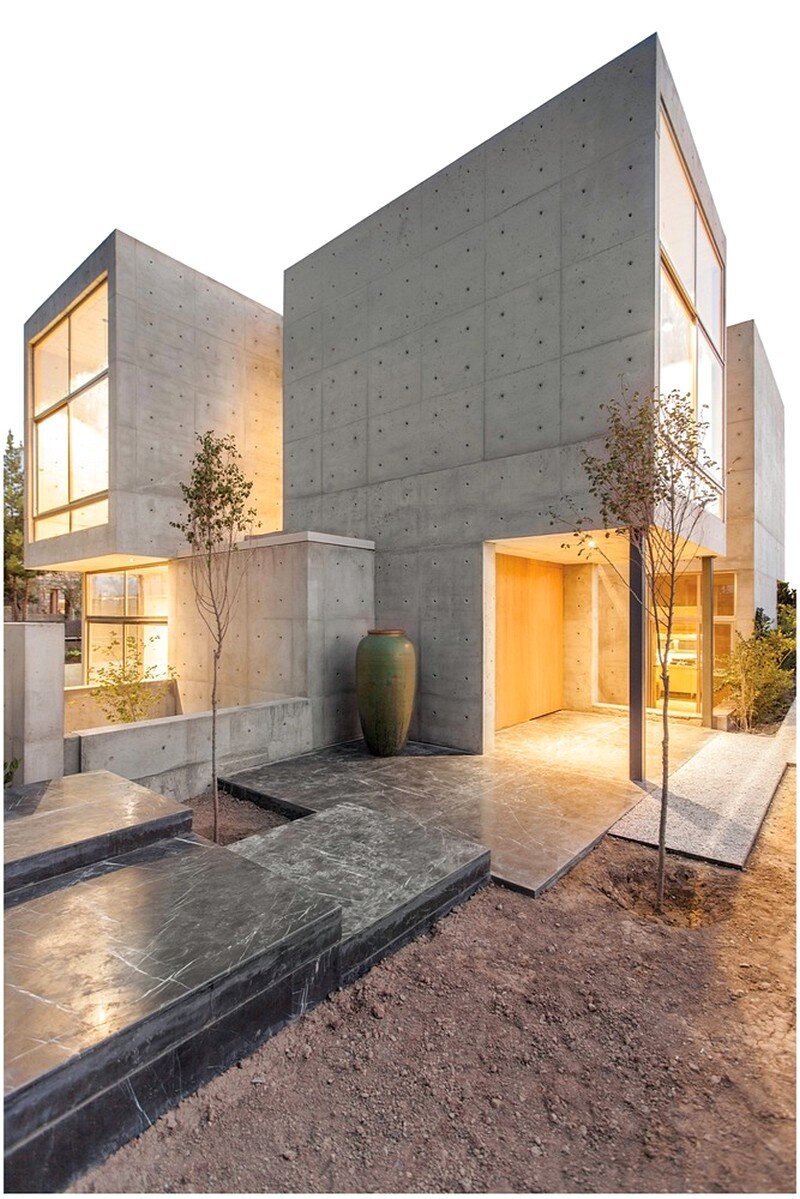 Cities, nowadays, have been changed into noisy places, while, then urban landscape is constantly yelling of restlessness and uncertainty, a plain mansion has been constructed between the garden, which provides a room for silence and listening to the sounds of nature. Considering the regulations of building in these cities which has been strictly written to organize the settlement systems while they are naturalist to some extent. These rules and conditions in many cases could restrict the designers, but in this scheme these limitations, pretext design of the project. height limits up to 8 m about 15% occupancy permit in the north part of the land did not meet the need of client for more than 450 sqm gross floor area, which leads the design to have the third floor below ground level, Moreover, based on same regulations, blocks should be divided by hedge, short walls and fence from the Street and their neighbors which causes them to be seen from the cells around. 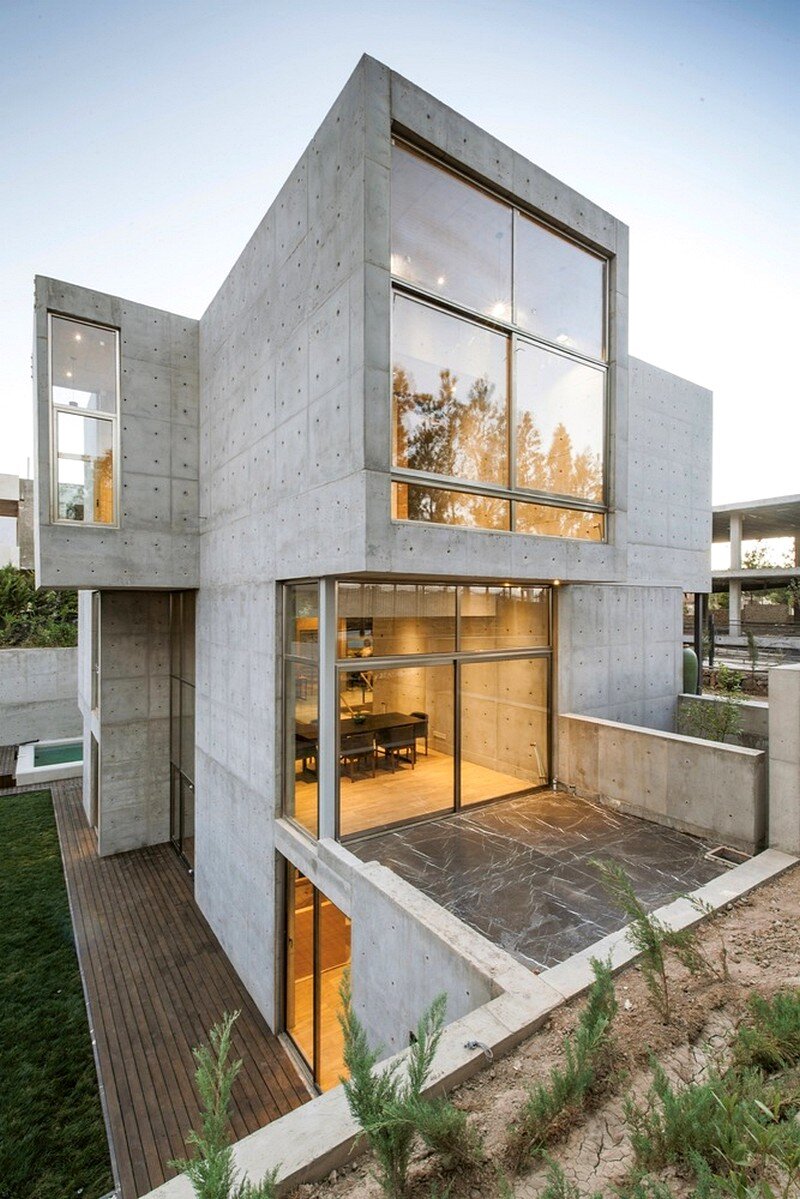 In the original idea, our land is divided into two parts, one of which is below ground level of the street and the other is like a sunken courtyard. With this approach that we stylized, private spaces, the pool and the courtyard of the house remains protected and unseen, as well as, sunken courtyard helps to provide comfort zone in the house by softening warm and arid desert air in the summer. 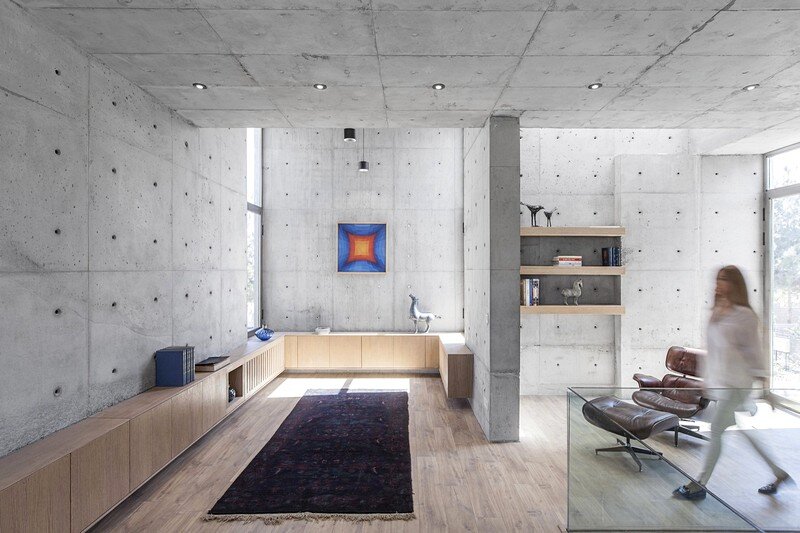 Building designing is consisted of three east-west wall rows and four north-south wall rows, in which, creative openings have been placed in order to have different vertical views from different levels and frame the most beautiful landscapes. And the combination of these walls and openings create the building structure and the main facade of the building. 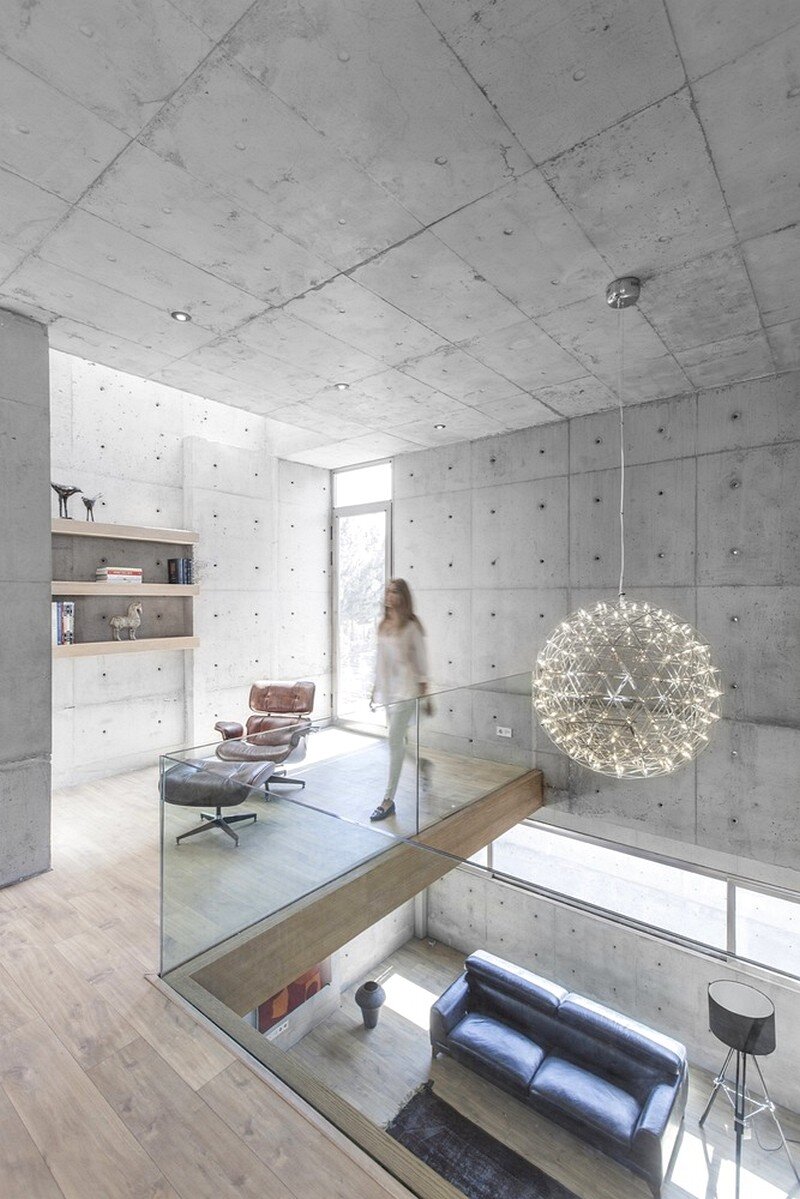 On the other side, main structure of the house including the load-bearing surrounding walls of the sunken courtyard and everything else in this designing is attain by a module arrangement which is a one in one meter concrete wall. The combination of height of these walls, and inner connections, protrusion and troughs in volume as well as doors and windows shaped the project. 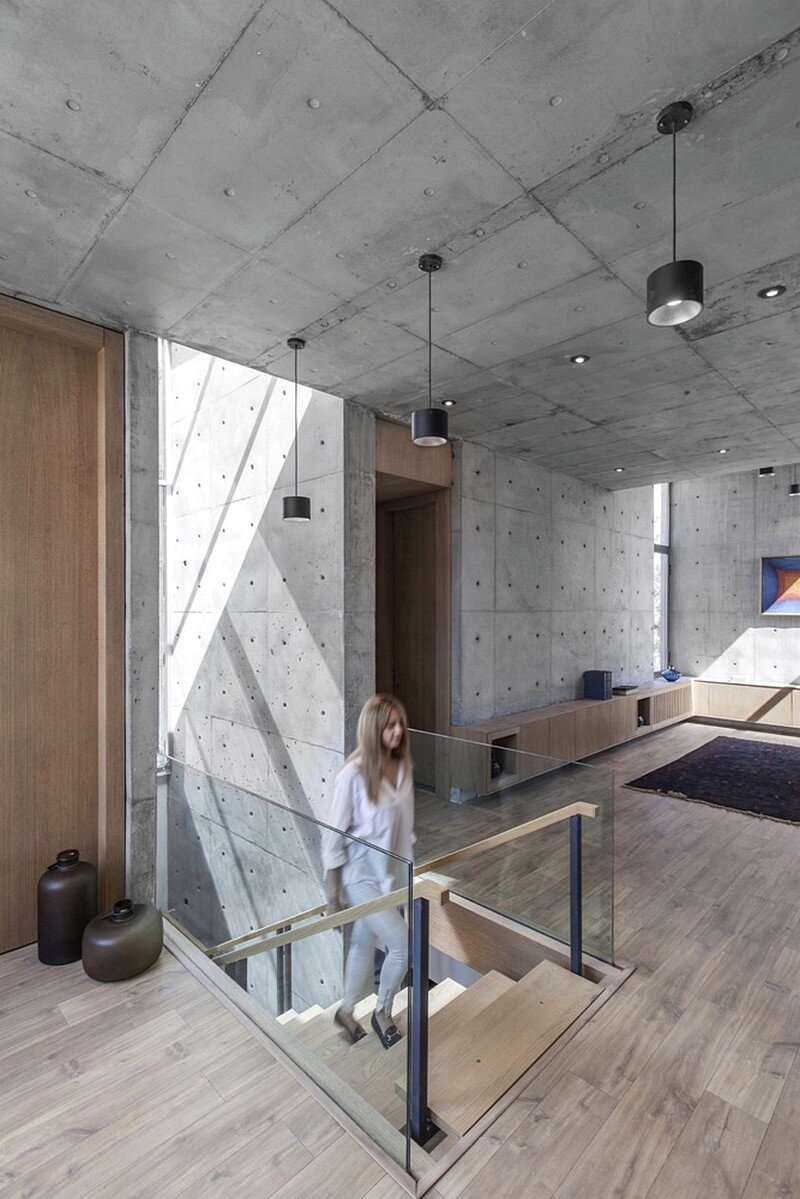 The result of this design is a building which hug the residents in its arms and reminds them the nature constantly with the most beautiful compositions. Among the green bed of the project, green materials of the building could show off anything, from a simple clay object to an exquisite handmade carpet which makes this house unforgettable. Consequently, parties and happy memories in Isfahan house for all friends and family will live forever. 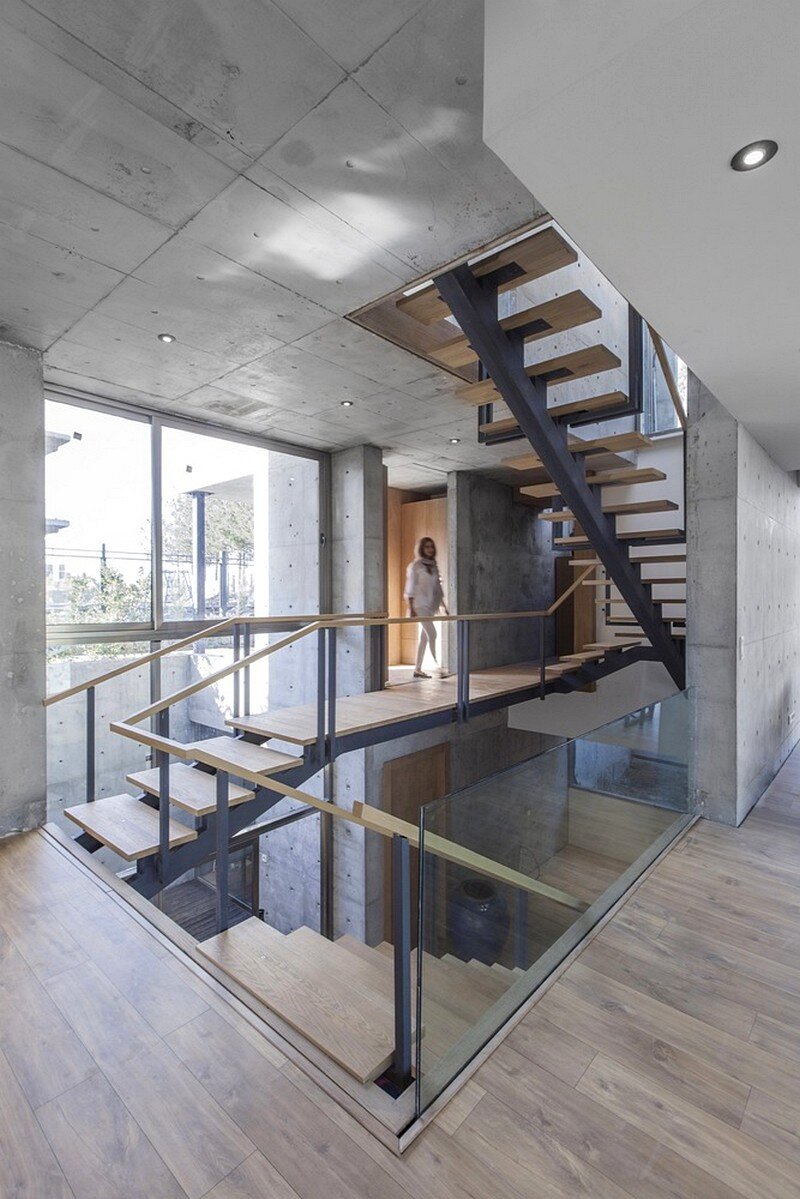 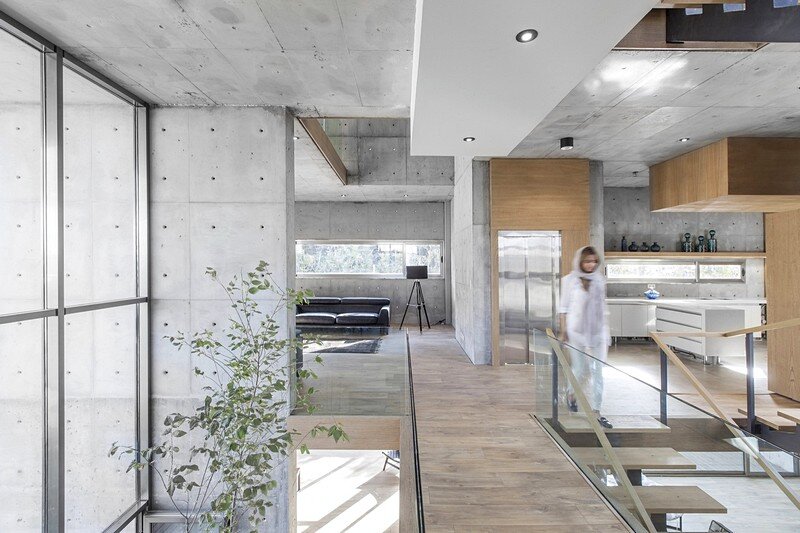 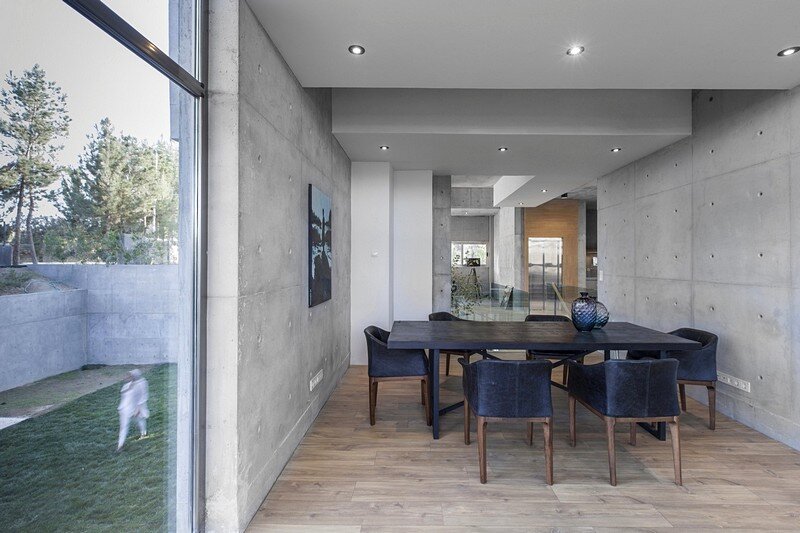 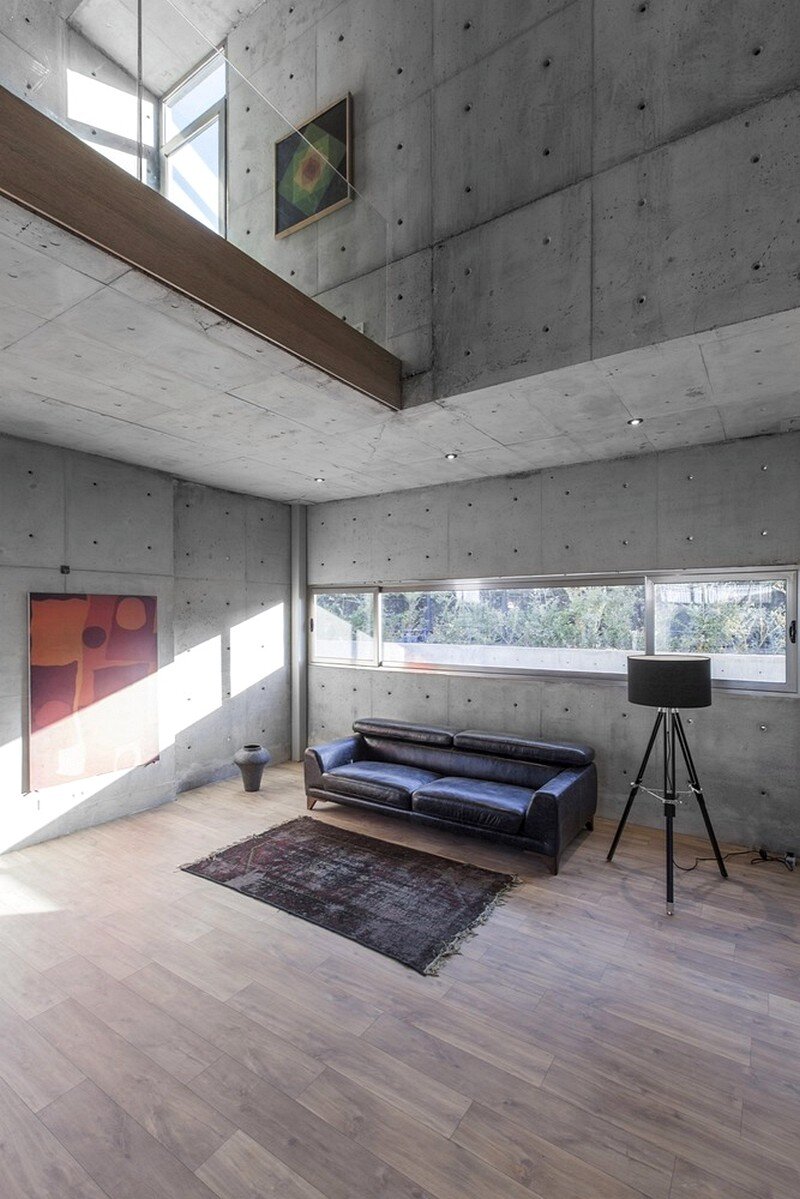 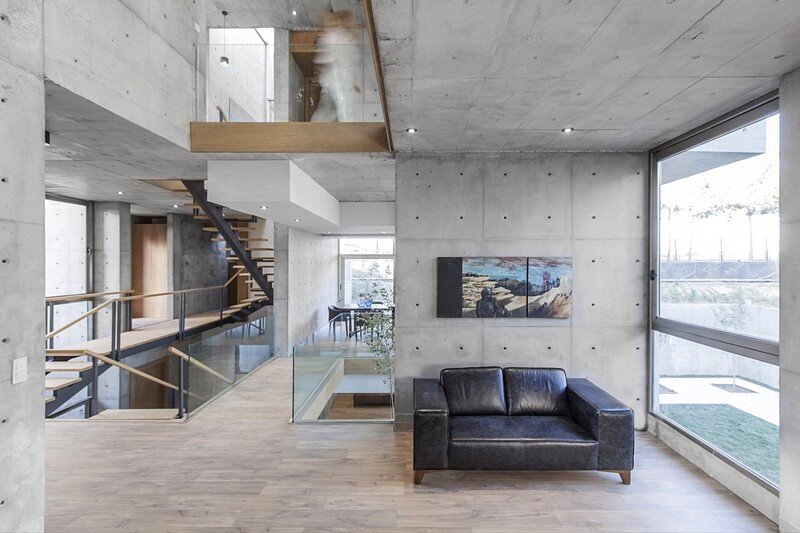 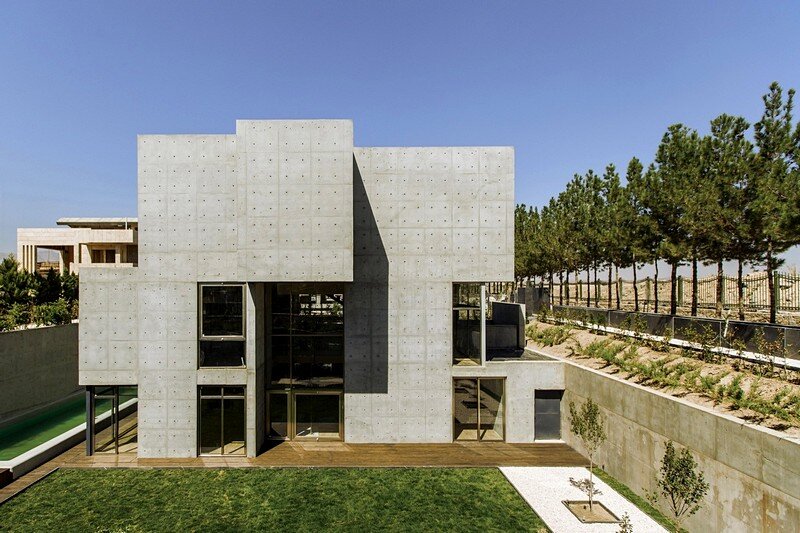 Modular House on the Shores of Port Phillip Bay