Bates Masi + Architects LLC, a full-service architectural firm with roots in New York City and the East End of Long Island for over 50 years, responds to each project with extensive research in related architectural fields, material, craft and environment for unique solutions as varied as the individuals or groups for whom they are designed. The focus is neither the size nor the type of project but the opportunity to enrich lives and enhance the environment. The attention to all elements of design has been a constant in the firm’s philosophy. Projects include urban and suburban residences, schools, offices, hotels, restaurants, retail and furniture in the United States, Central America and the Caribbean. The firm has received 183 design awards since 2003 and has been featured in national and international publications including The New York Times, New York Magazine, Architectural Digest, Interior Design, Architectural Record, Metropolitan Home, and Dwell. Residential Architect Magazine selected Bates Masi one of their 50 Architect’s We Love. In 2013, Bates Masi was inducted into the Interior Design Hall of Fame. Bespoke Home, the first monograph of the firm’s work, with introduction by Paul Goldberger is available in bookstores now.

Harry Bates, a resident of East Hampton, received a Bachelor of Architecture from North Carolina State University. After ten years with Skidmore, Owings & Merrill, he was in private practice in New York City for 17 years before moving the firm to Southampton on the East End in 1980. Our offices have recently relocated to a new office building of our own design in East Hampton. 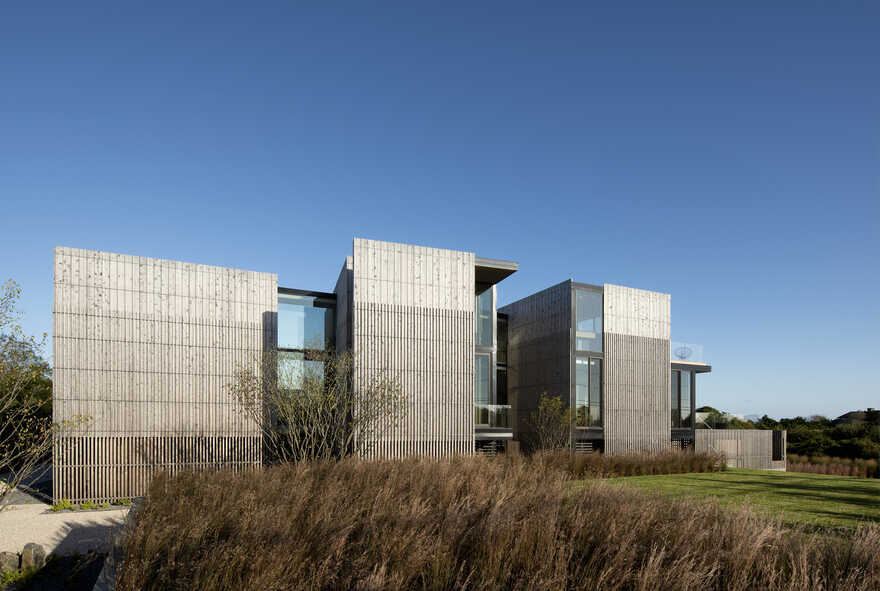 Too often the architectural response to flood-prone sites is to distort conventional designs and methods to meet the flood protection requirements, masking the issue at best. In contrast, the design for this property overlooking a coastal pond and the ocean beyond celebrates the periodically rising water levels. 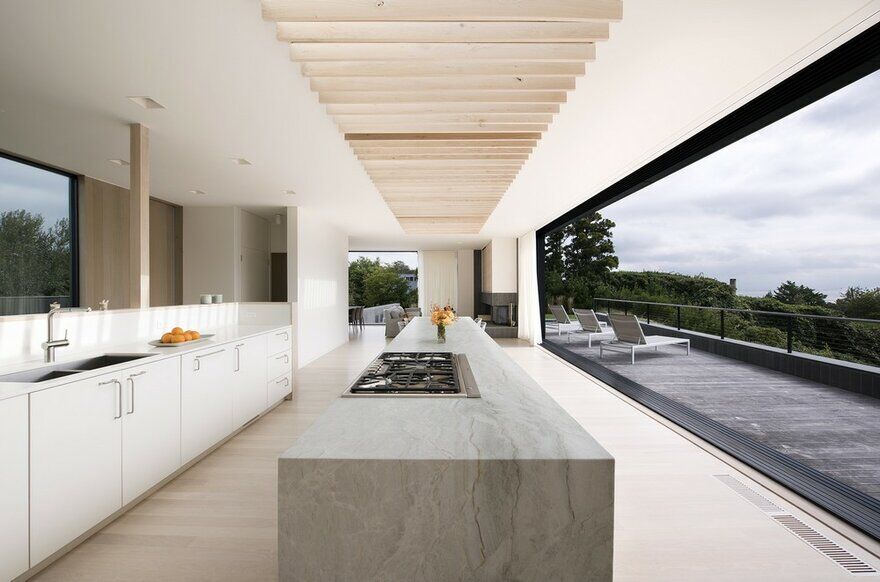 Hither Hills House by Bates Masi Architects is a seaside home that provides owners a weekend respite from the city by optimizing its ties to the land and nature. Located in a postwar planned beach community with small lots plotted irrespective of the steep topography … 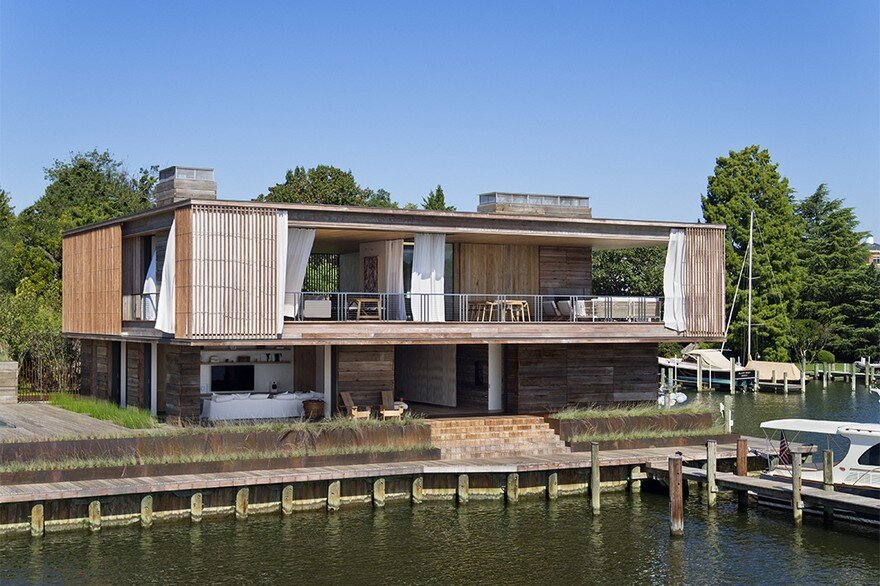 An active family with a love of boating wanted a home on Chesapeake Bay, surrounded by the maritime charm of Annapolis harbor. These traditional materials, layered with modern insulation, glazing, and building systems create a high-performance structure, contributing to the LEED Certification of the Acton Cove house. 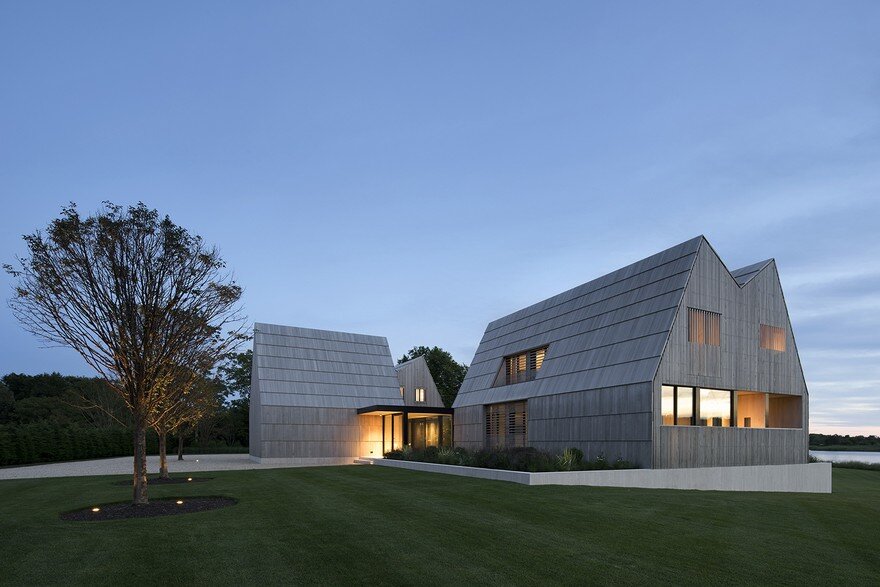 A couple with property on a cove overlooking the ocean asked for a house that would be comfortable for just the two of them the majority of the time. However, with their love of entertaining, the Georgica Cove house had to grow on busy weekends to accommodate their children, grandchildren, and guests. 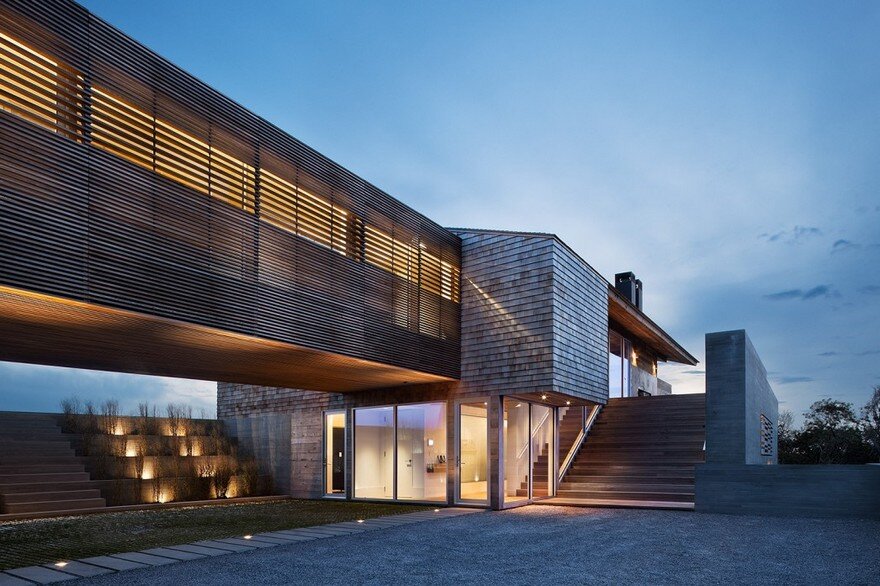 Montauk, NY, resembles many other small seaside communities. However, it possesses unique characteristics that imprint lasting memories. The weather is unpredictable with banks of heavy fog and gusty winds. 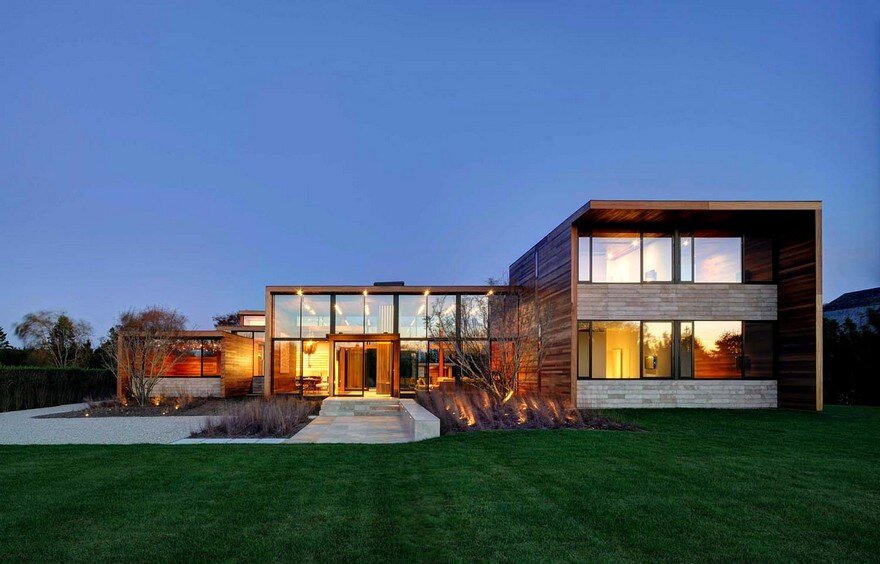 Making the first step inside the house, one is immediately impressed by the luxurious mahogany interior design of the Sam’s Creek Residence. With a limited material palate, travertine is used as flooring for the terraces and as cladding on portions of the open-ended boxes.