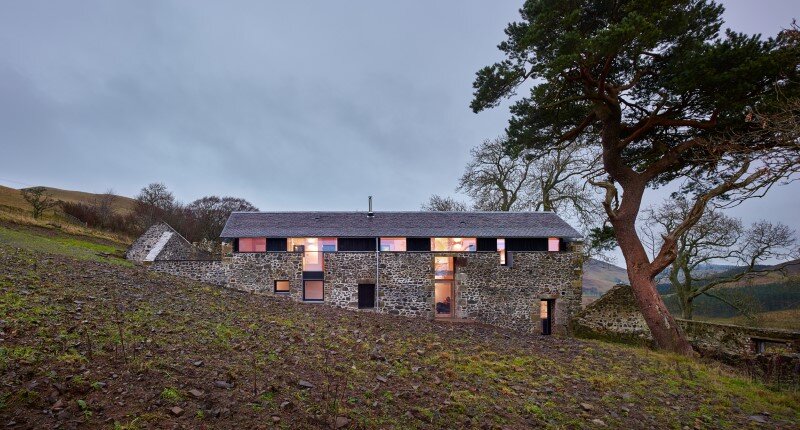 A old mill conversion designed by WT Architecture, in the shell of a former threshing mill in the Scottish Borders. New openings through the existing walls are kept to a minimum, with a new independent structure slotting within the consolidated walls.The house was completed in 2014.

Description by WT Architecture: The Mill sits amongst a collection of disused farm buildings that nestle into a steep hill over looking a valley in the Scottish Borders. Although near to towns, the location is remarkably remote with open views east and west up the valley. The brief was to convert the mill building to create a modern, rural holiday home that retained much of its historic character. 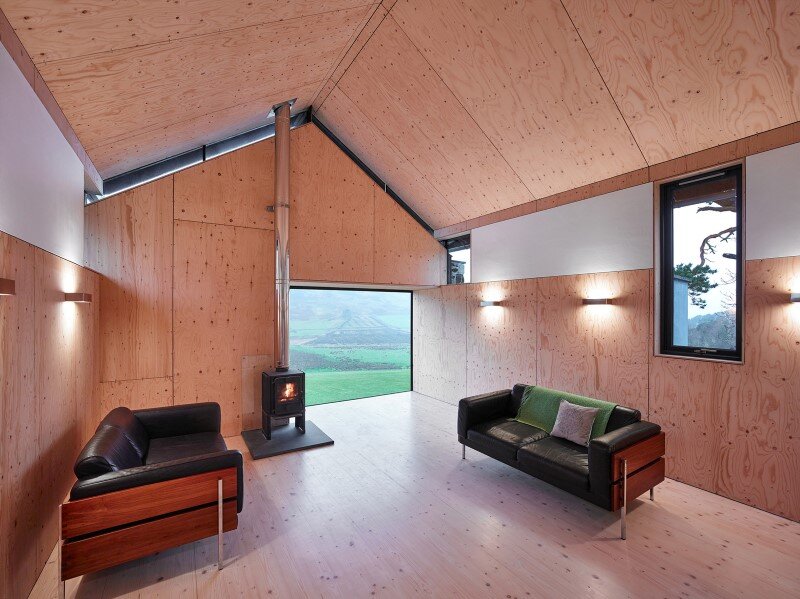 Spaces were to be simple, utilitarian and durable, with views framed in all directions. Bedrooms could be small but living space was to be maximised. Although open plan living was desirable, kitchen, dining and living spaces were to have their own identities. The mill’s distinctive long form emerging out of the hillside gives it a striking yet exposed position on the site and supported an architectural solution contained within the original walls. The original roof and floors were beyond repair, so a new insulated timber building was slotted within the existing structure. 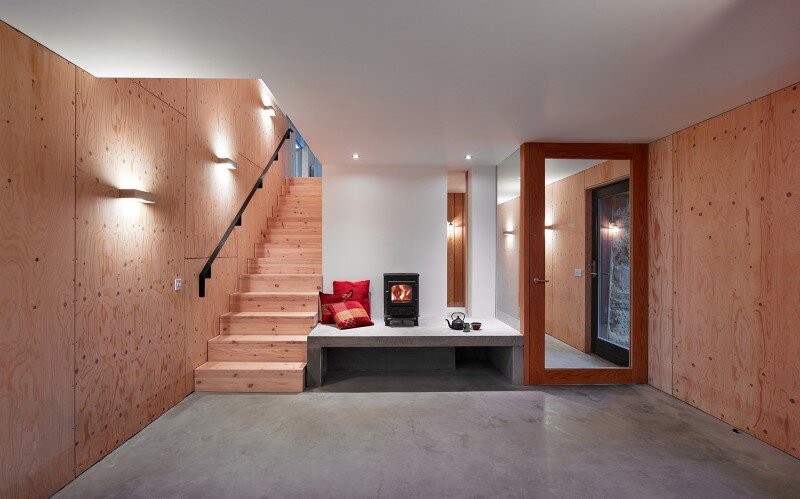 The length and orientation of the original stone walls of the mill building allowed this new structure to push up above the top of the walls to form a largely glazed clerestory. Light can spill down from this into lower spaces, and wider panoramic views can be appreciated. The long cross section of the site allows for enjoyment of the vertical journey through the building, and half level changes between living spaces articulate otherwise open plan living, kitchen and dining spaces. 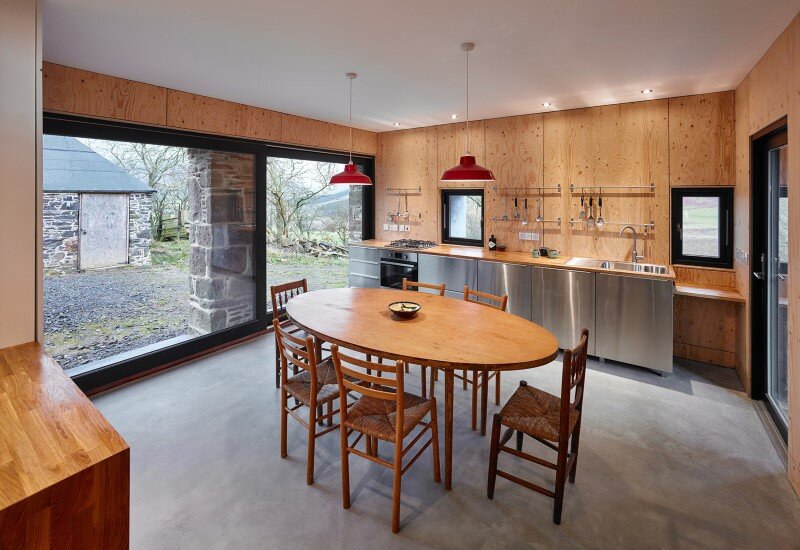 The original front door is reused, entering into a boot room lined in larch. This opens on to a dining-hall with glimpses into the main living spaces beyond. Steps lead down a half level to the kitchen, which opens out to a wild garden space through large doors in an opening that originally allowed cart access. The main living space is half a level up from the dining-hall, with a new window pushed in to the thickness of the wall, acting as a viewing point for the valley below. An accessible bathroom, utility and bedroom are tucked in to the partially underground north end of the building. On the upper floor there are three bedrooms, two accessed from the west stair and one from the east stair, allowing a double height space between to give light to the ground floor. 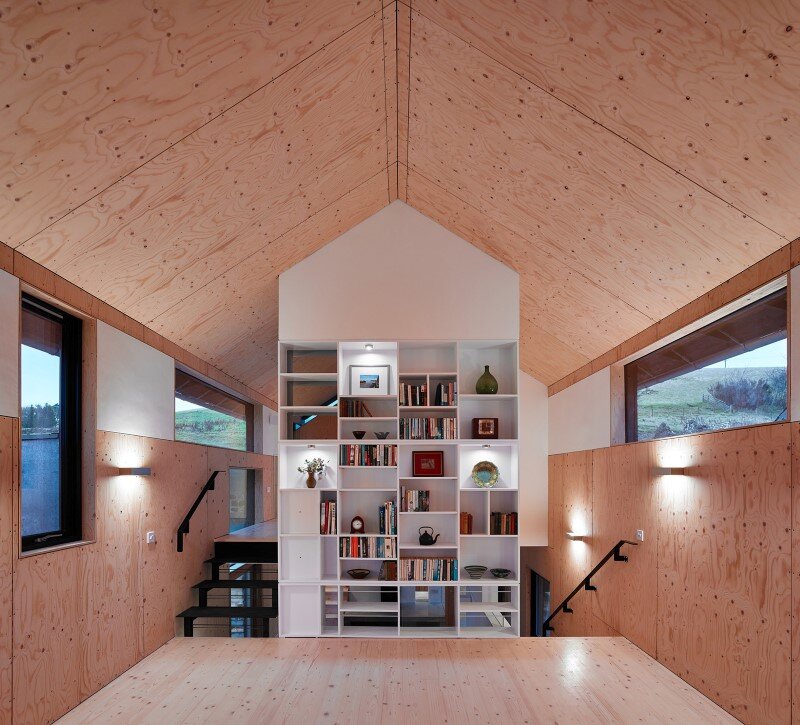 The original walls were consolidated and repaired using stone from the site, and re-pointed with lime mortar. Any new openings in the stonework were edged in galvanised steel and the new timber structure clad in black stained timber as subservient to the original walls. Internally the walls are clad in construction grade spruce plywood, with a more pristine plastered core. Floors are pine boards and polished concrete. Photographs: Andrew Lee 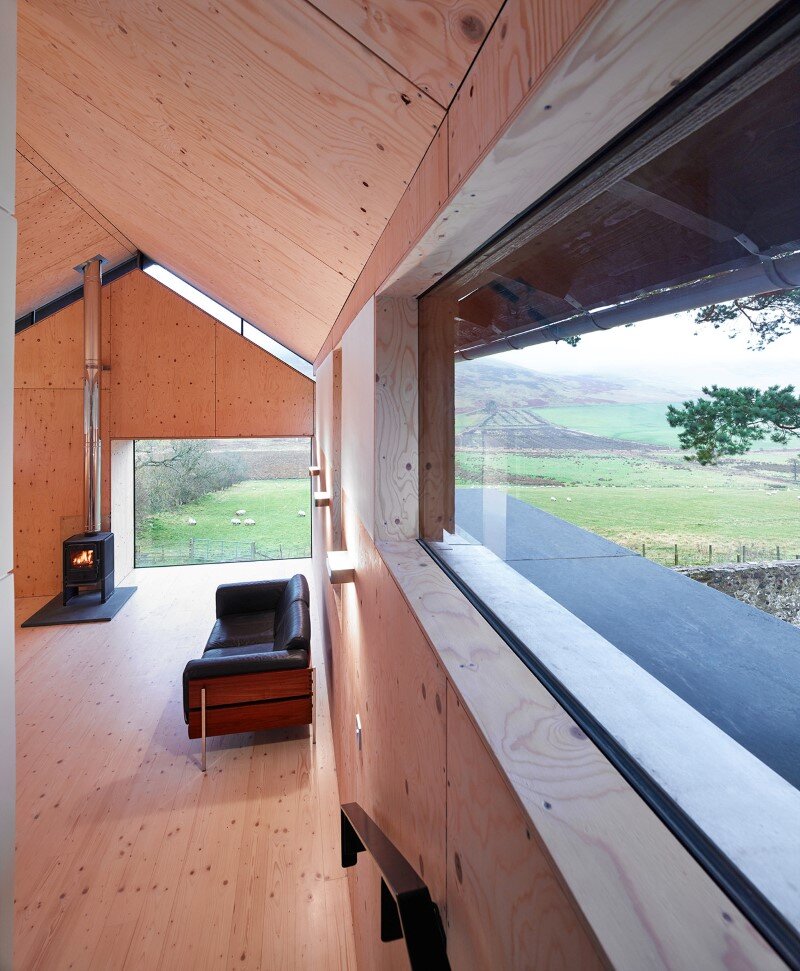 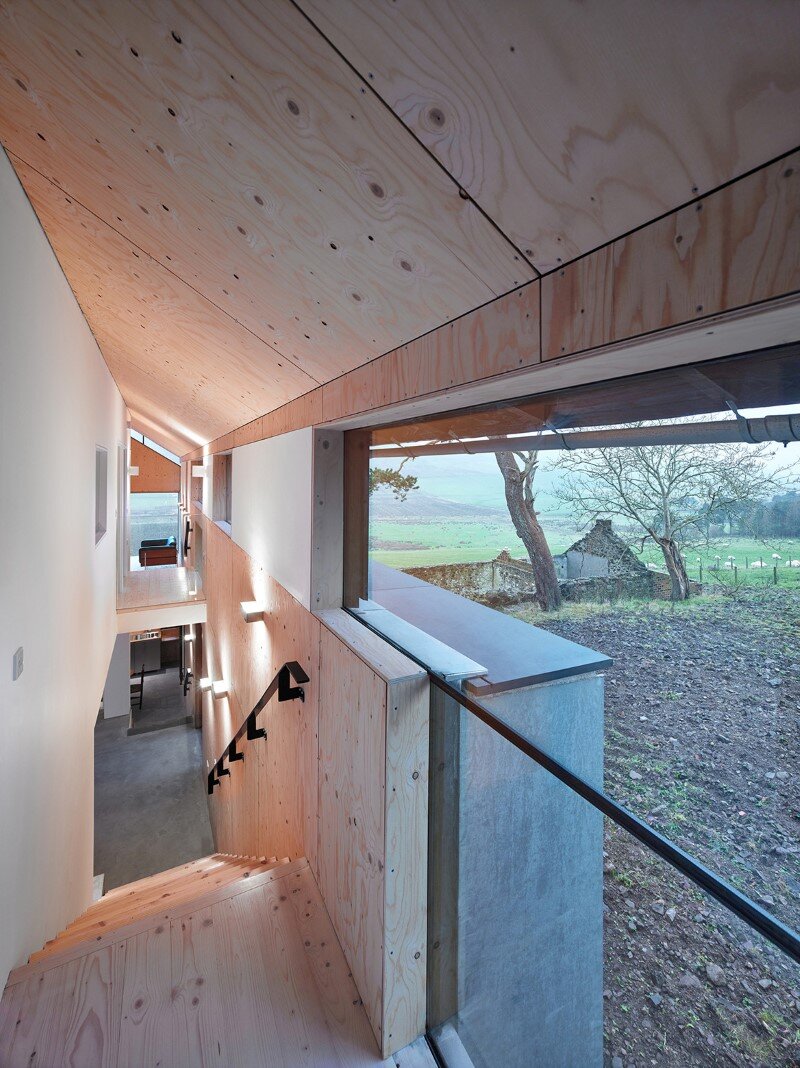 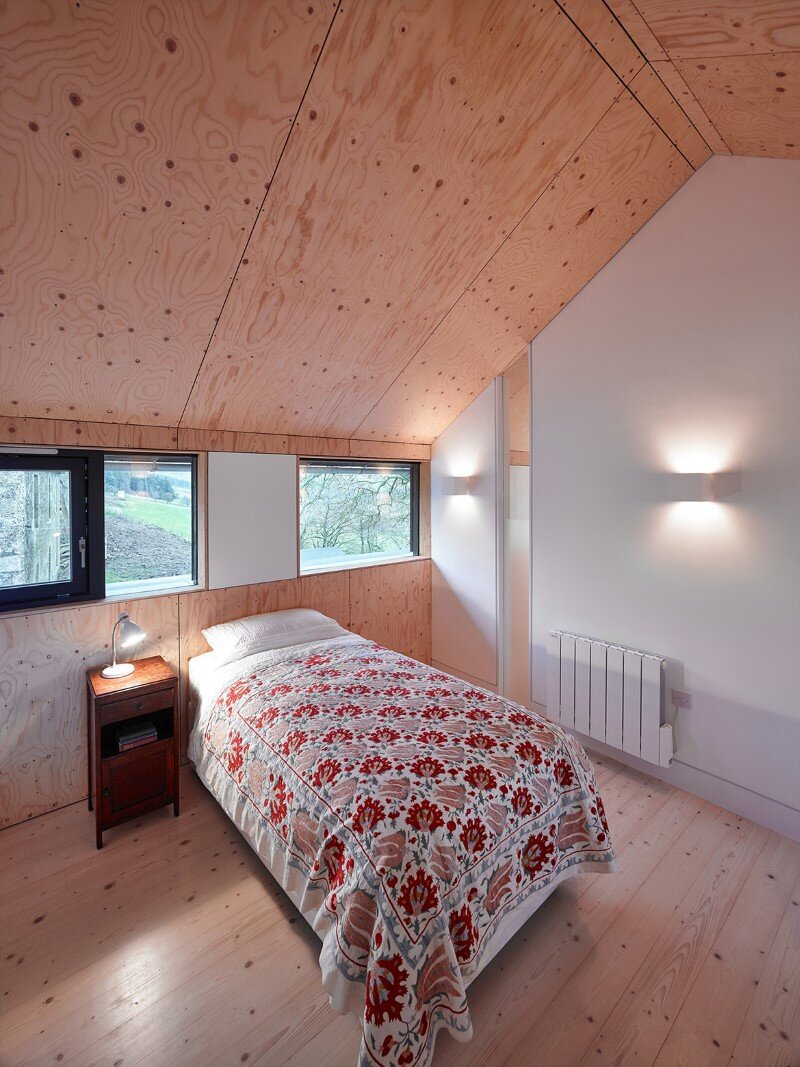 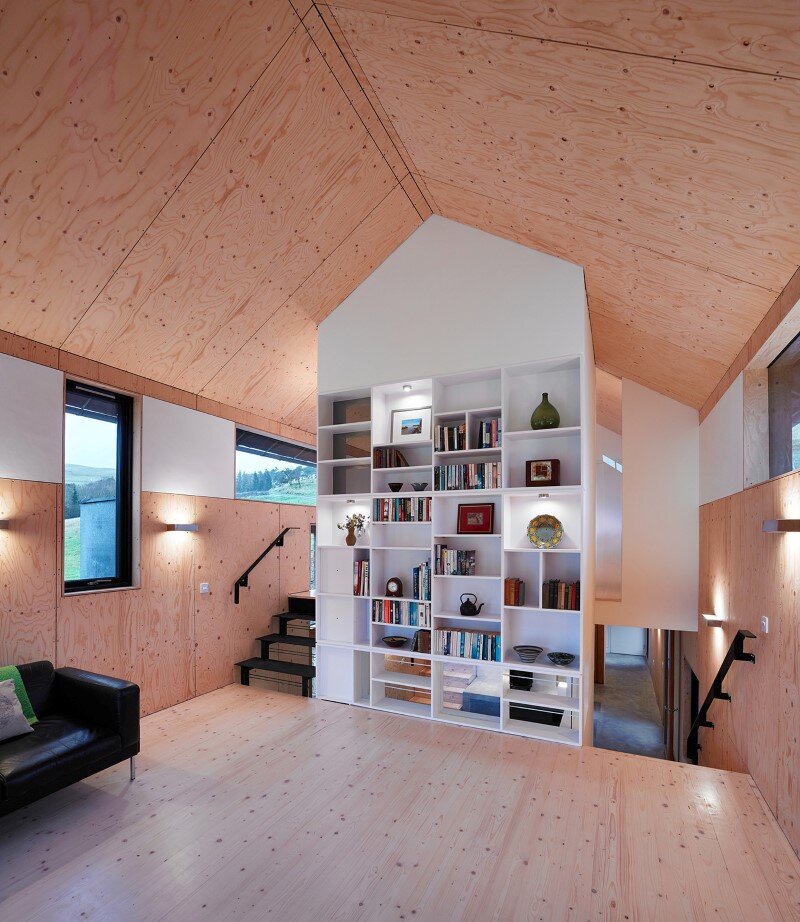 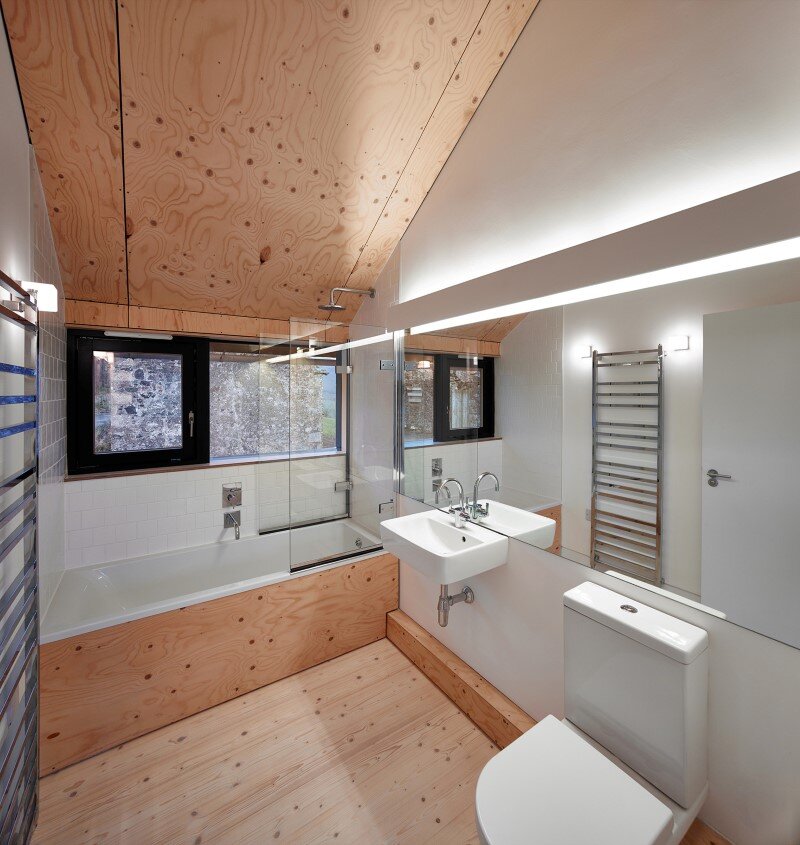 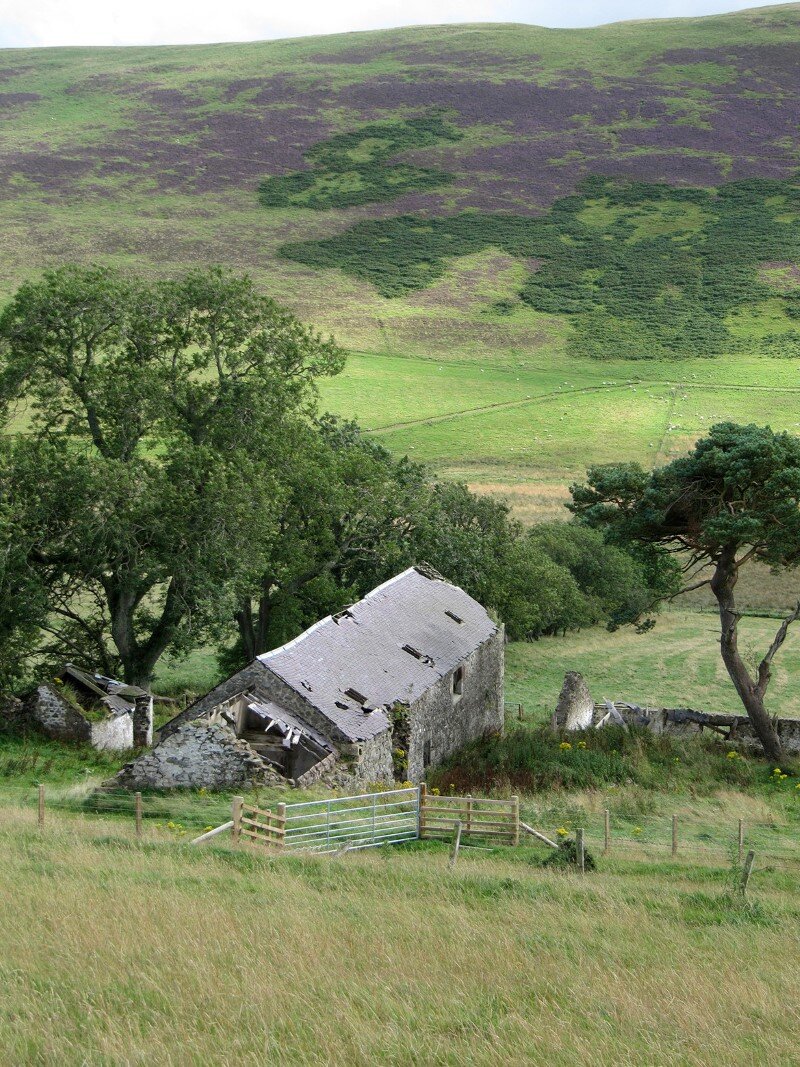 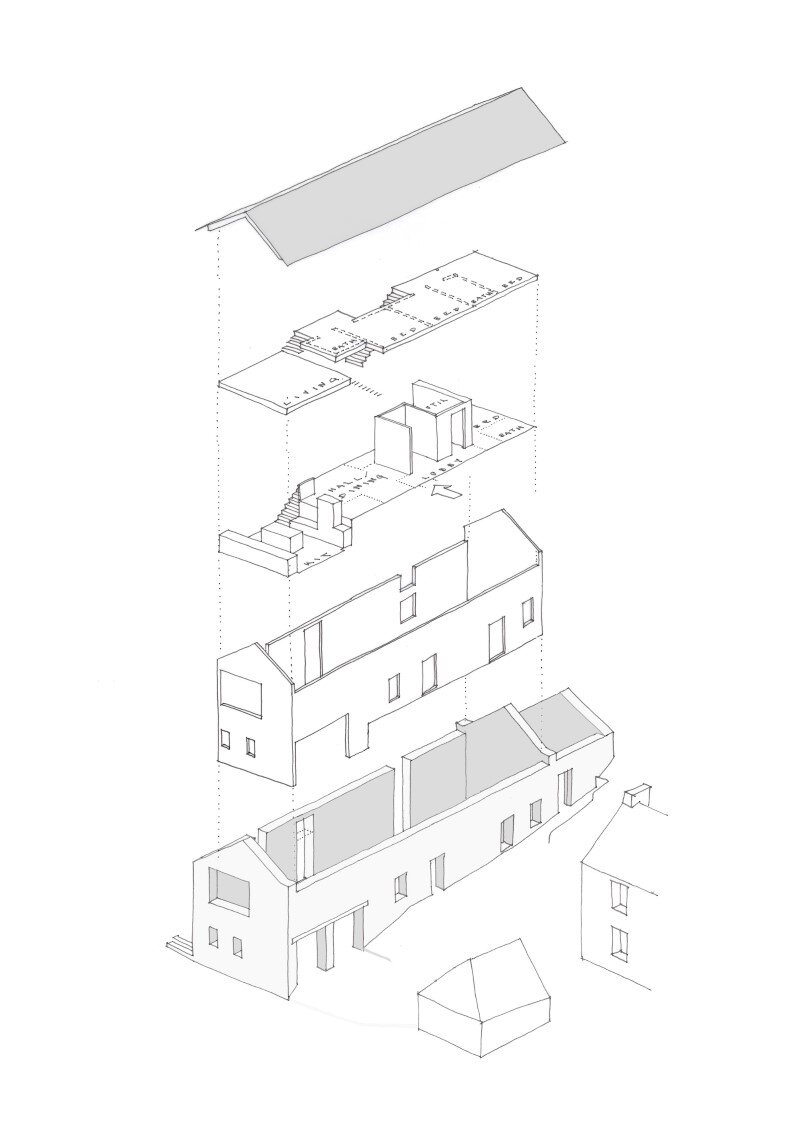