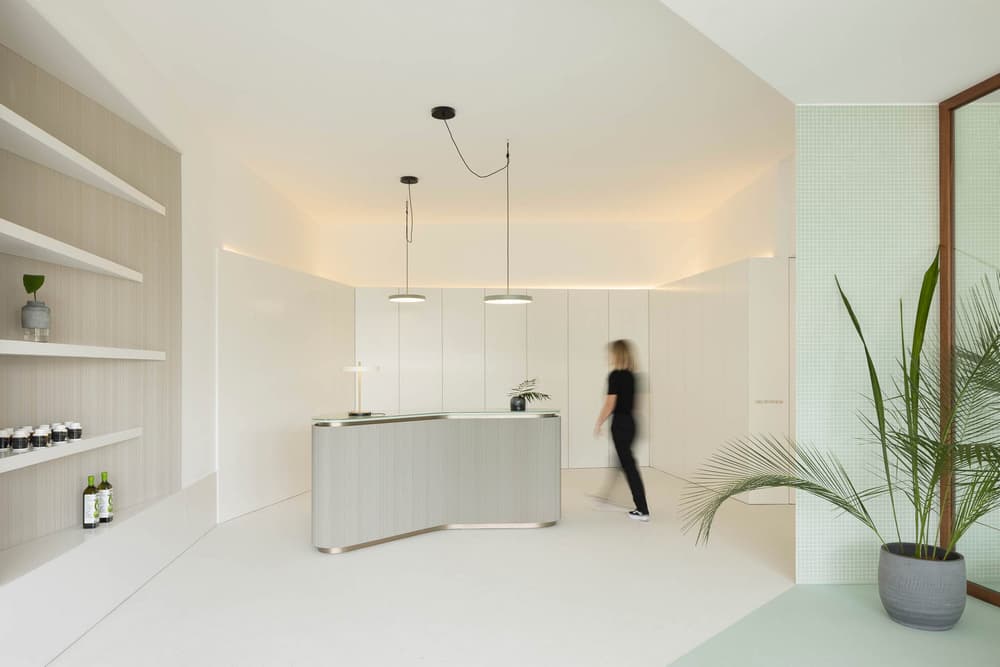 Think Health by BOX arquitectos is a therapy and nutritional guidance space, under a concept of naturist approach focused on the public that seeks their well-being.

The space forms naturally this concept through the shape, or absence of it, creating an unic moment, open and dynamic, where the few constructive elements captivate us to disconcerting but formalizing perspectives of the space. 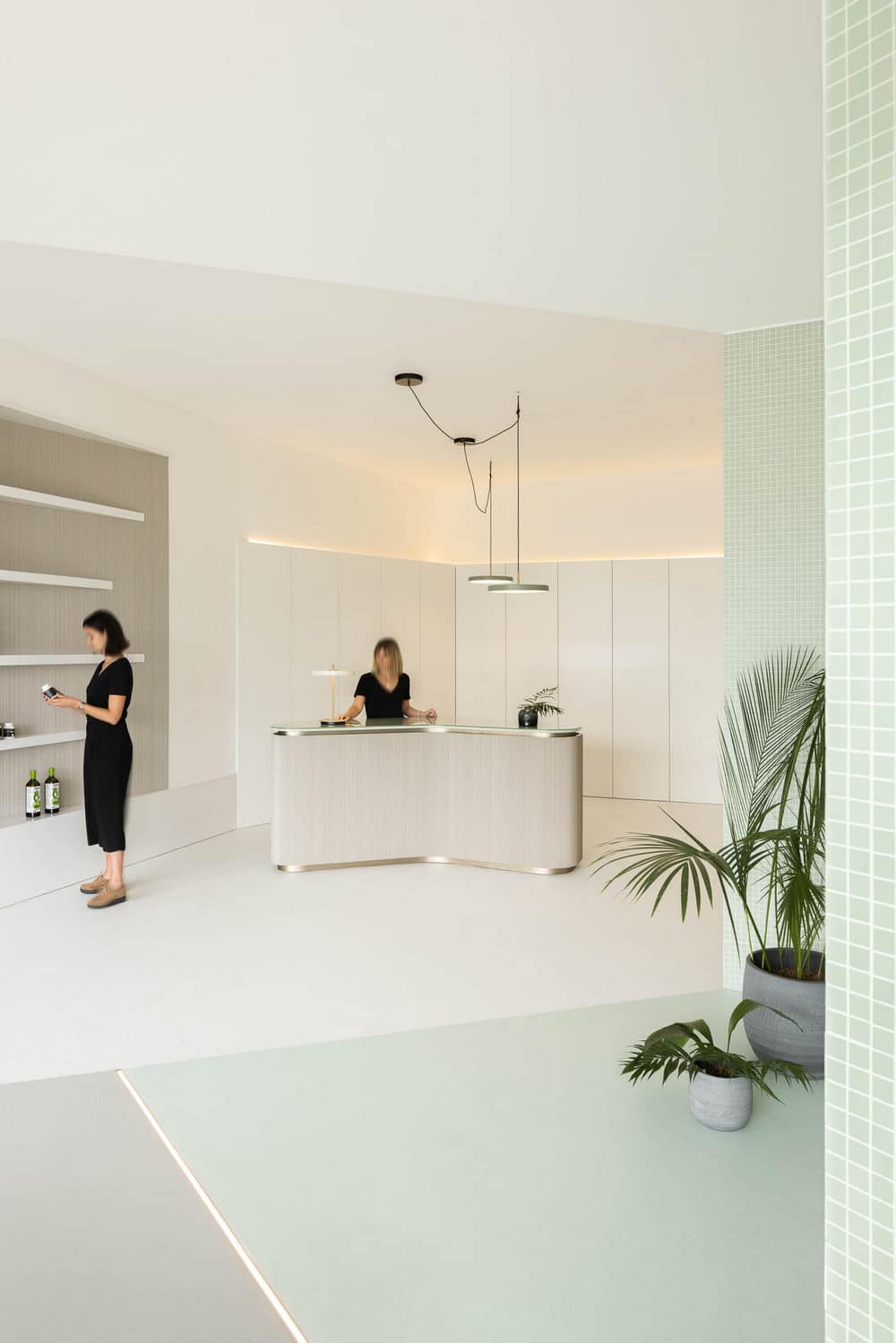 Assuming transparency as if the space was a single one, where everything can be seen and understood, as if it was an oasis, reinforcing the idea of “seeing and being seen”. The color
translates the concept and looks to inspire a peaceful and natural vegetation environment.

The space is composed of a treatment room, an office and a common area that is characterized by its calm and welcoming environment where permanece is in itself contemplative and seductive. 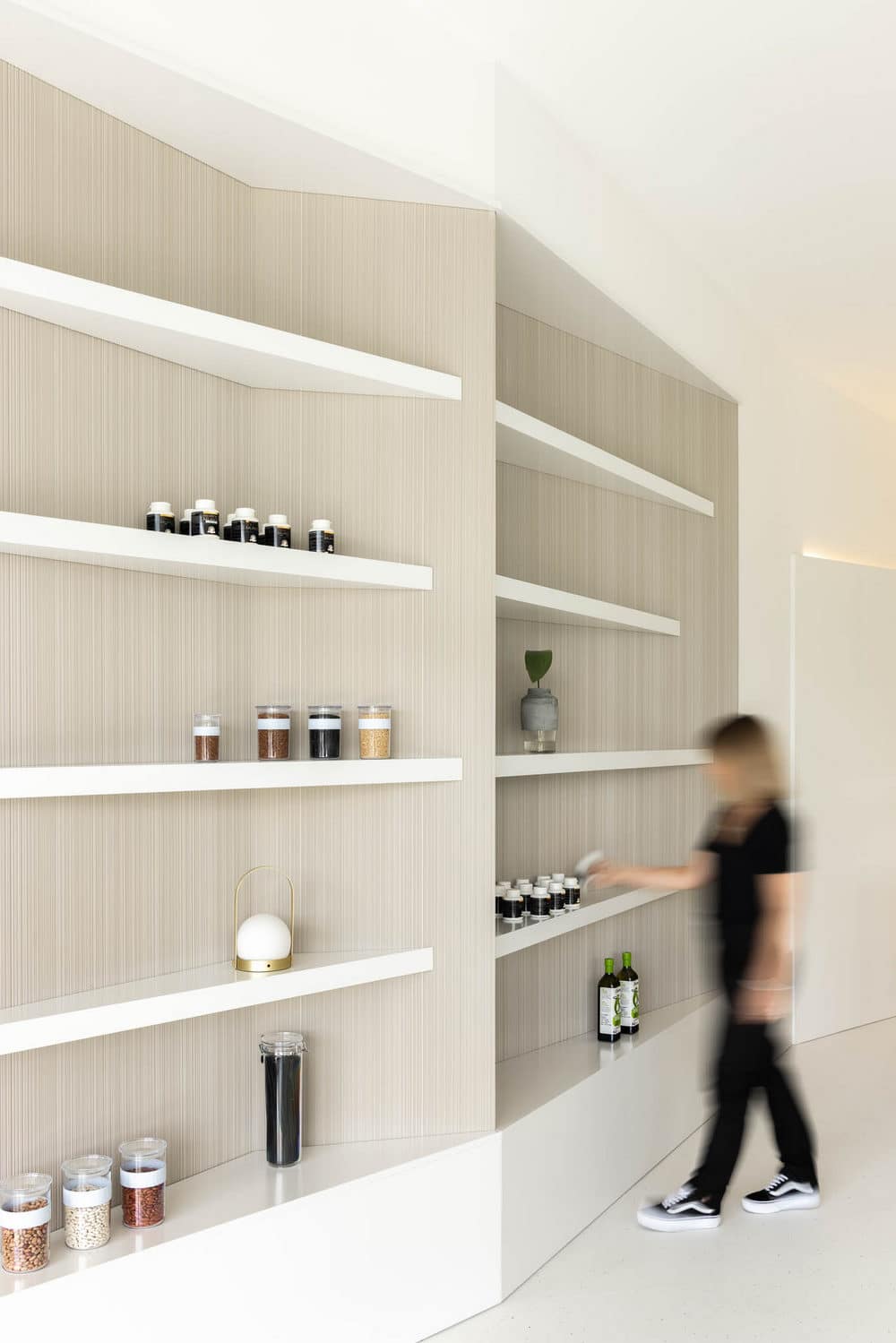 Located in a consolidated and not so interesting urban center, Think Health naturopathy  takes on an attitude to inspire its surroundings, by showing itself to the outside with the same intensity as the dialogue established with itself. 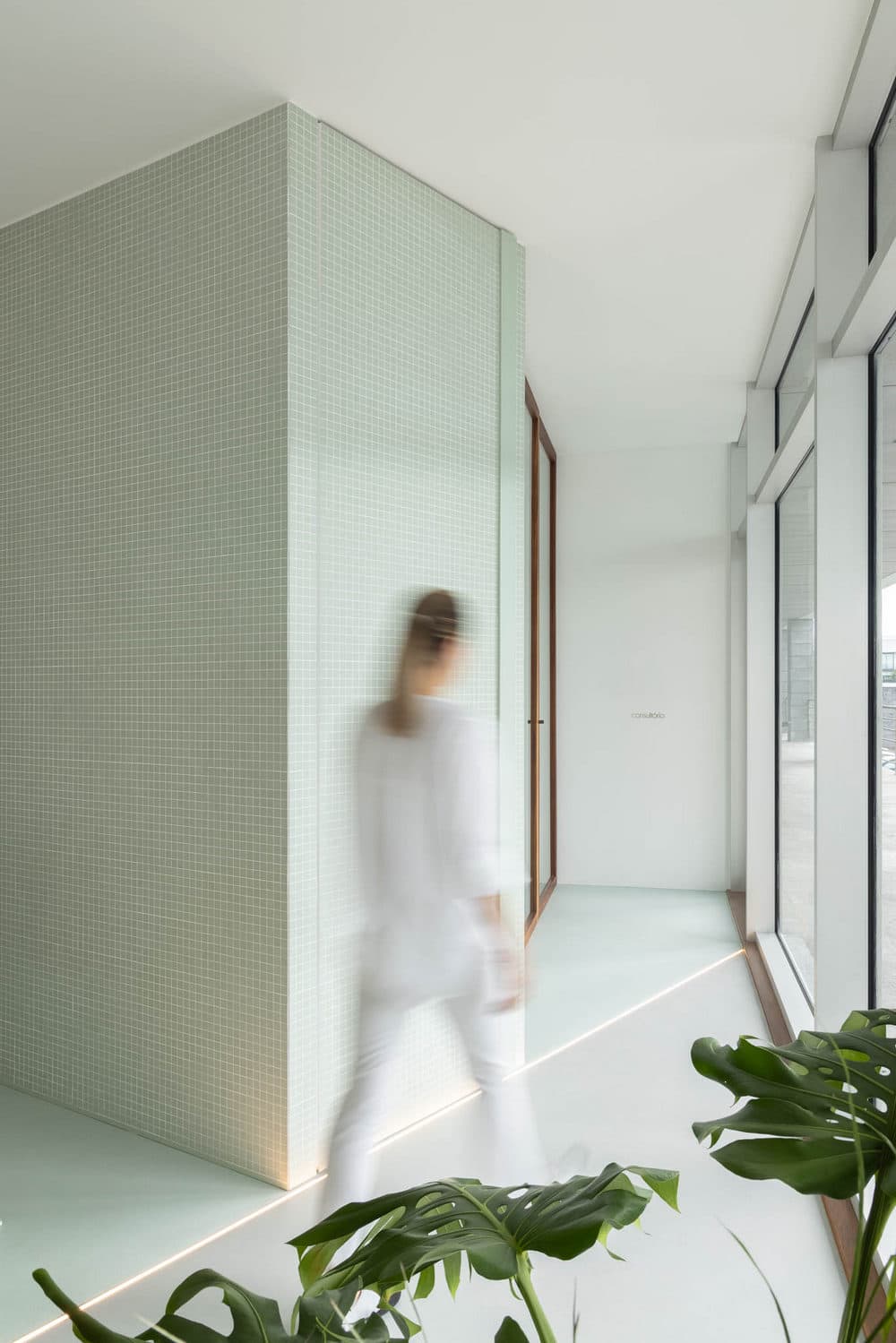 This way, the intention is created in a way where the inside and outside boundaries are lost, in order to expand the space to and from the urban space. 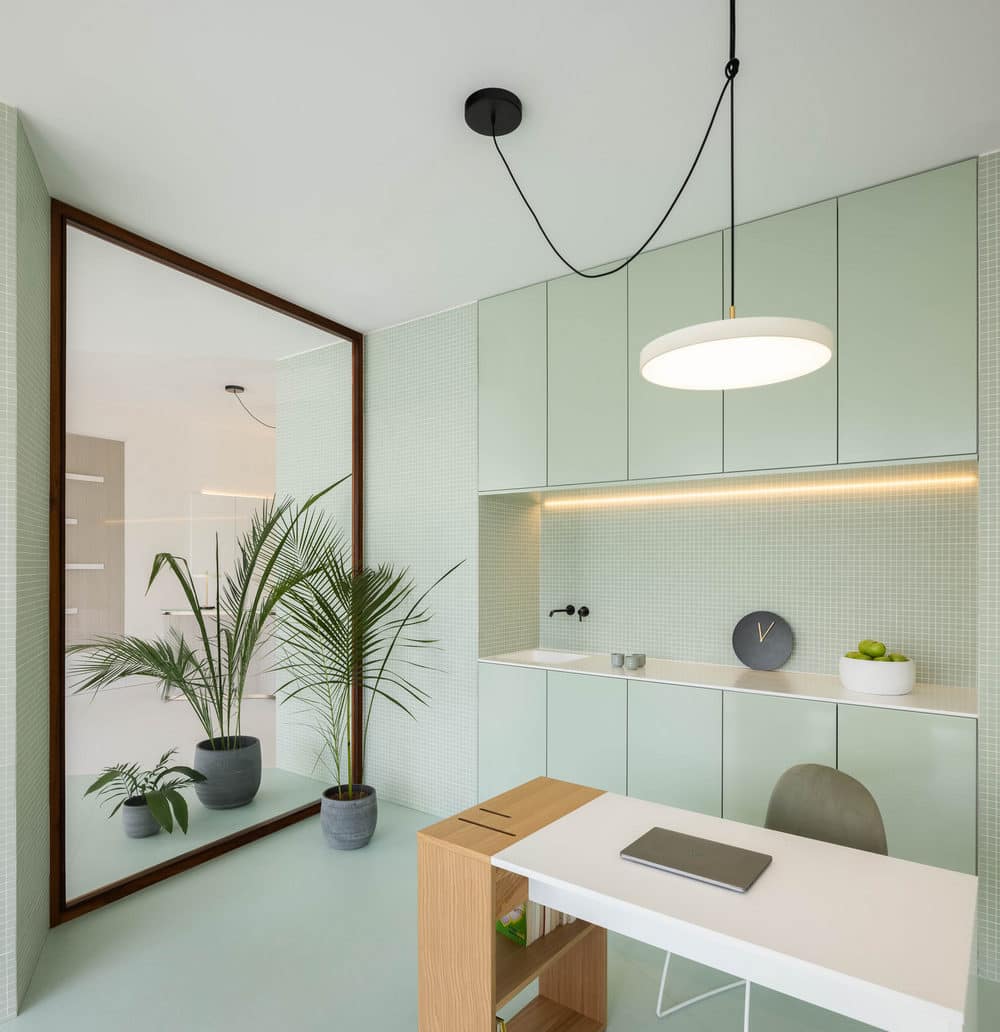 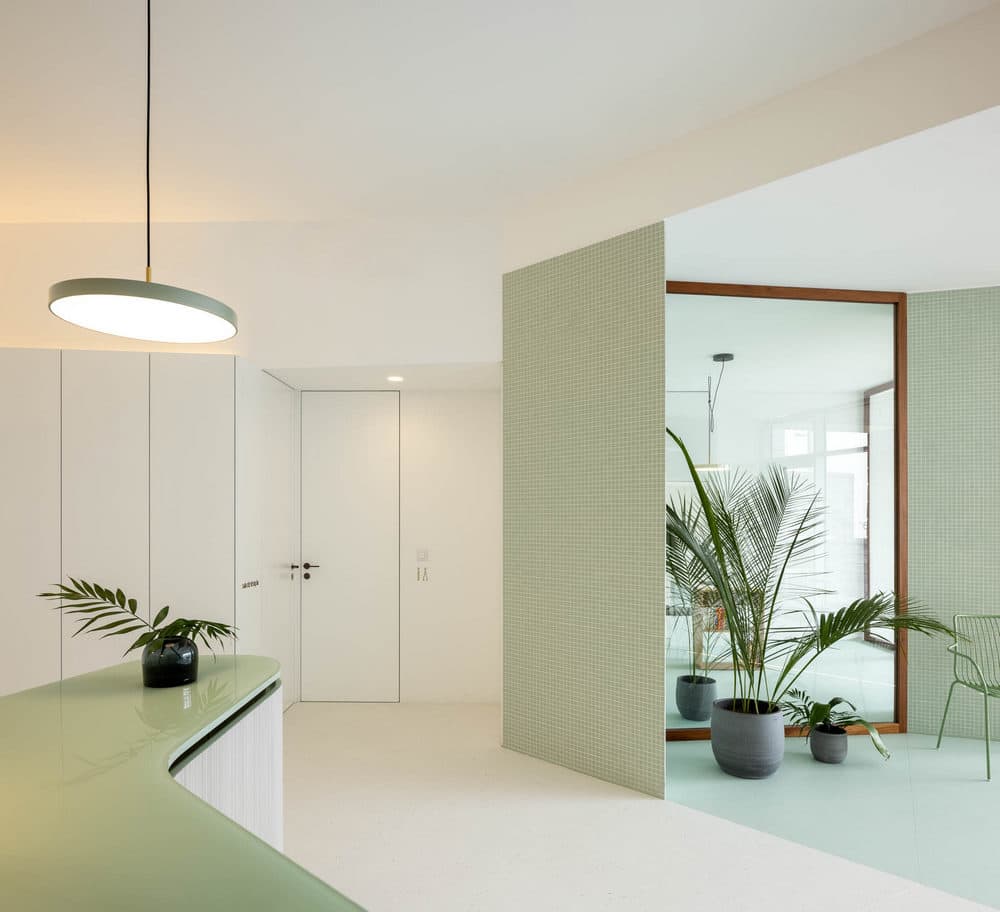 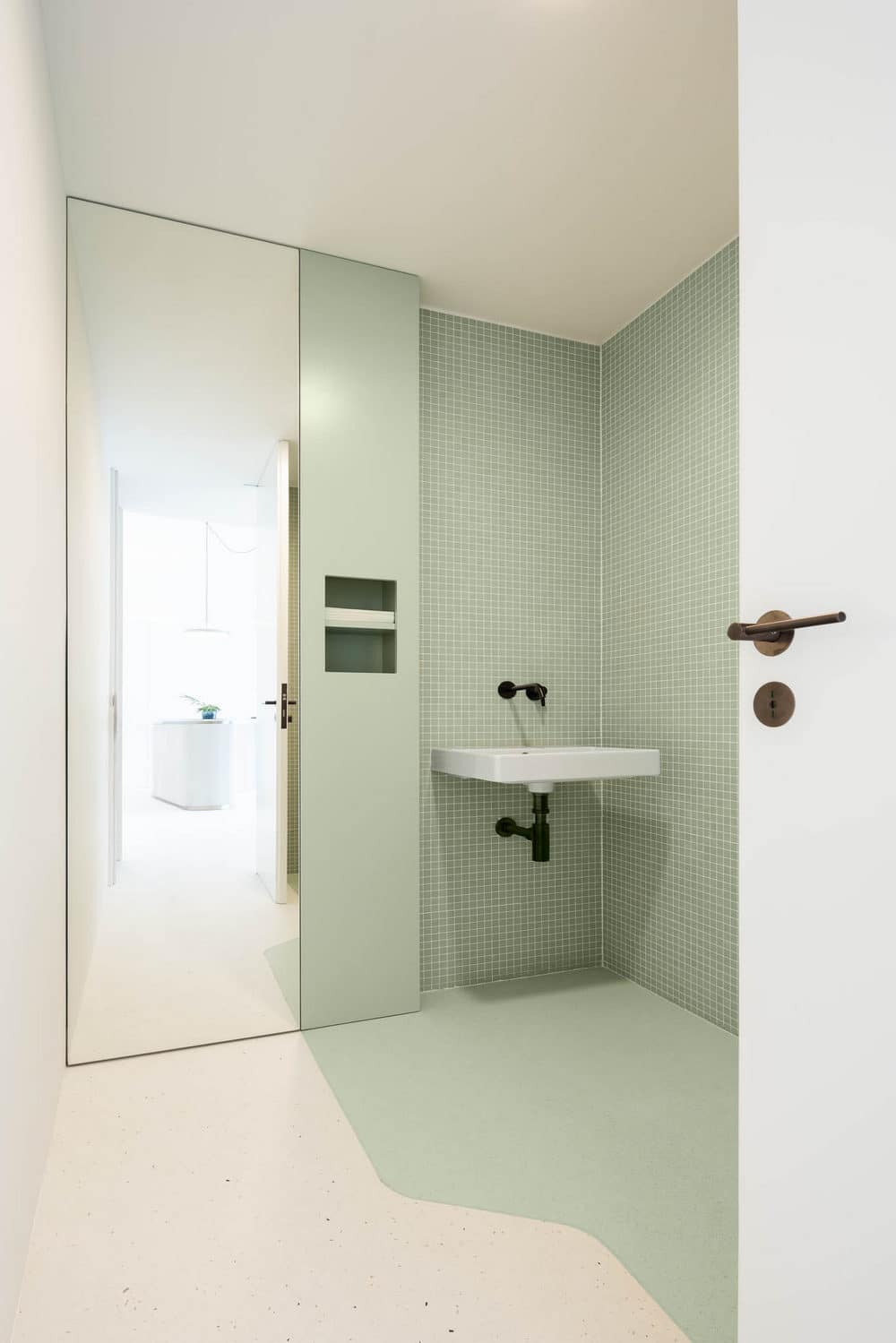 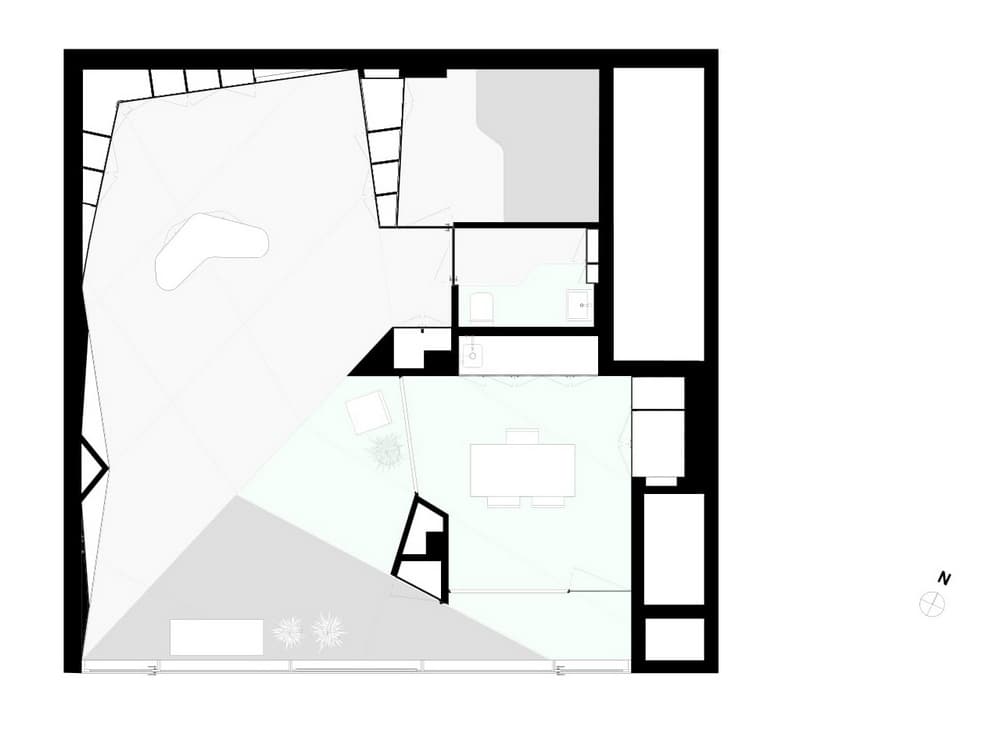 Rehabilitation and Expansion of a House in the Historic Center of Leiria, Portugal

Modern House Inside a Ruin – Rehabilitation Project by Tiago Sousa