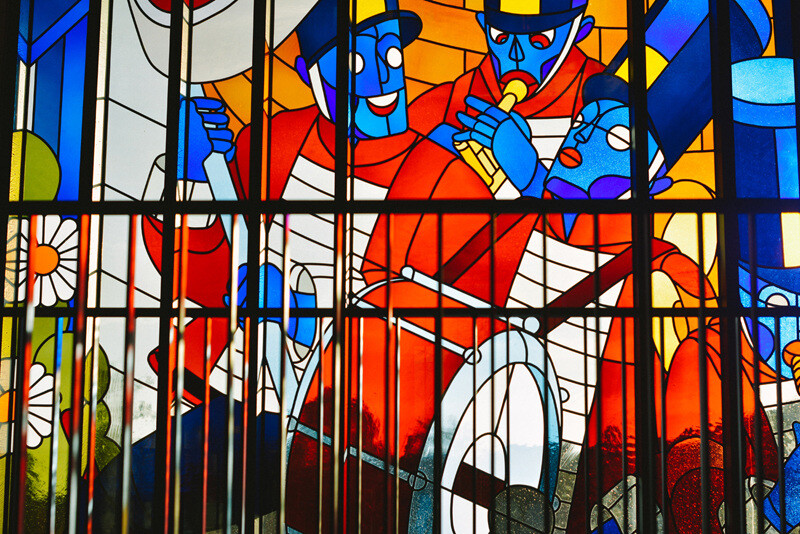 Two stained glass facades reaching up to 60 feet / 18 meters for a new residential project in Amsterdam by housing corporation Ymere. The complex is designed by Heren 5 Architects, the stained glass is fabricated by Atelier Schmit and the project has been realized with the support of the AFK.

The stained glass windows show the history of the area where the housing complex is situated. The design of both windows (with a factory chimney as their centerpoint) references the old Oostergasfabriek (a 19th century gas factory) which was a prominent feature in this part of Amsterdam. After the factory lost it’s function in the beginning of the twentieth century, the area was used for different purposes. 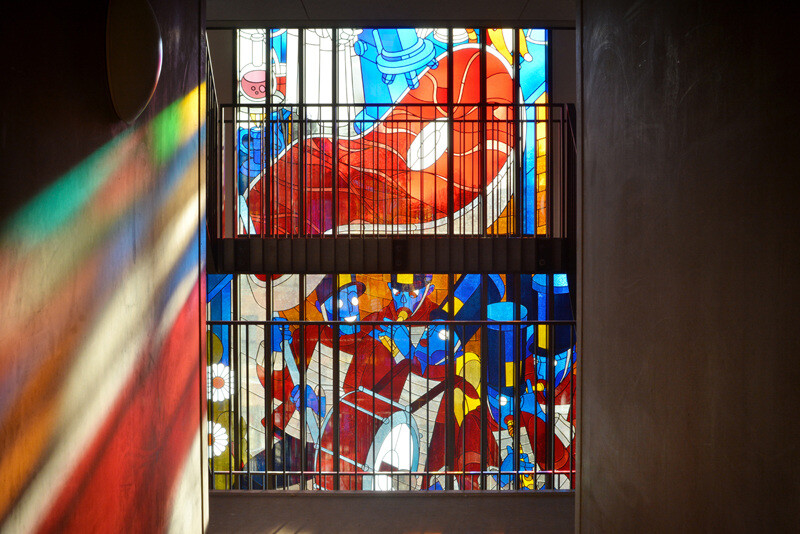 In the stained glass window on the front we see references to the extraction of gas from coal, one of the old gas holders which transforms into the Sportfondsenbad swimming pool, a former animal shelter, a manoeuvre by British fighter planes during WW2, the Don Bosco School, Cobra artist Anton Rooskens who taught metalworking at that school and small references to an old milk and paint factory. 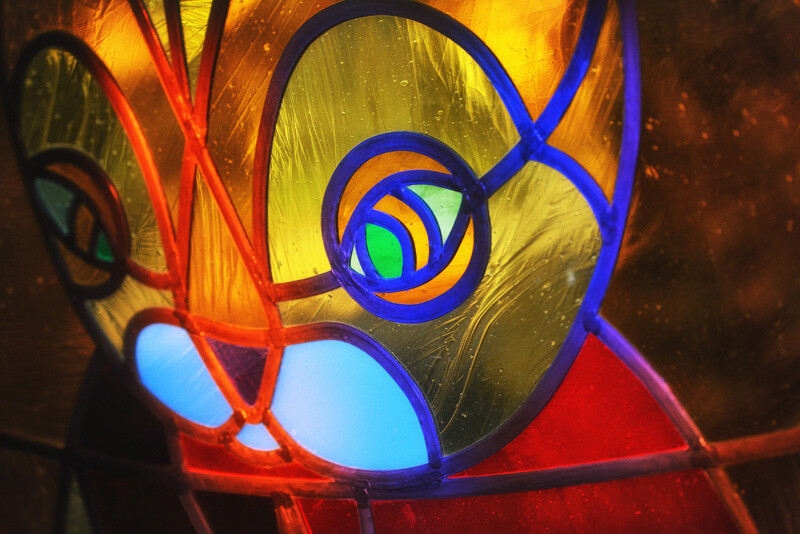 The window at the rear tells personal stories associated with the location. Public bathing for factory workers of the gas factory, garden allotments which were extensively used after WW2 to grow fruits and vegetables, the musicians of the Red Fanfare who rehearsed there, the laboratory of Professor Ernst Laqueur who did research on beef and discovered estrogen, a discovery of a hidden treasure in the former synagog on the Linnaeusstraat and Korfball club Victoria. Text via Stefan Glerum 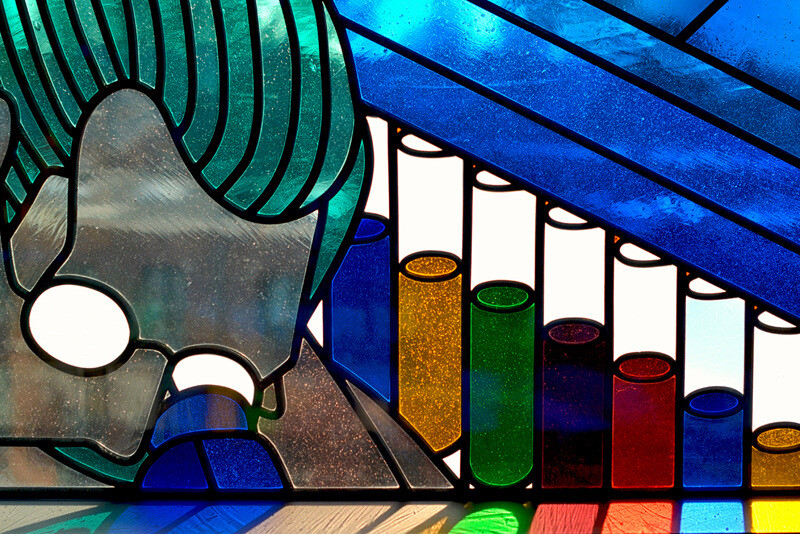 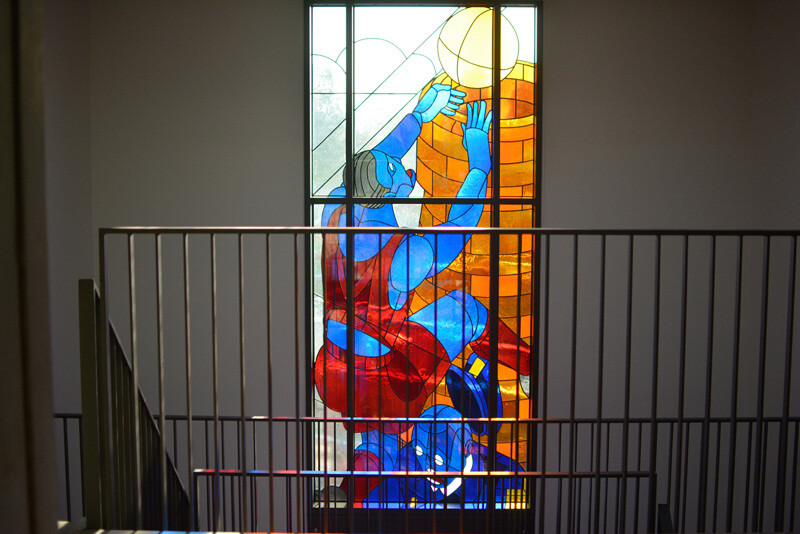 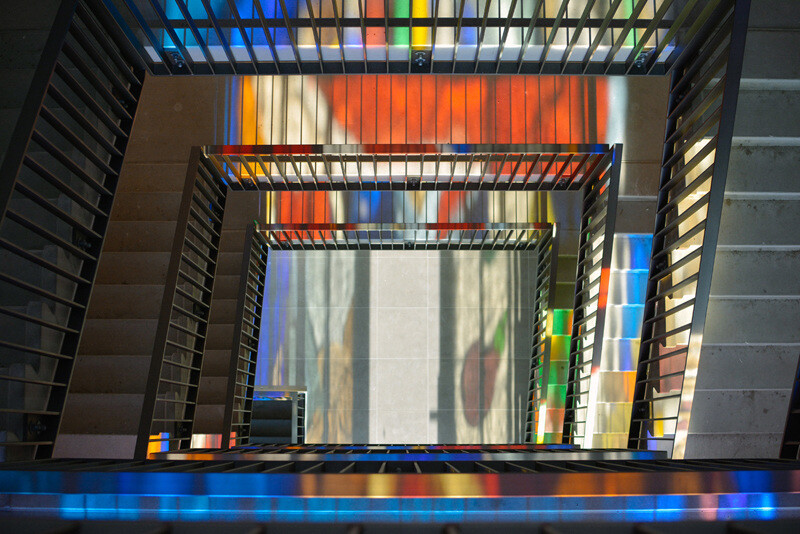 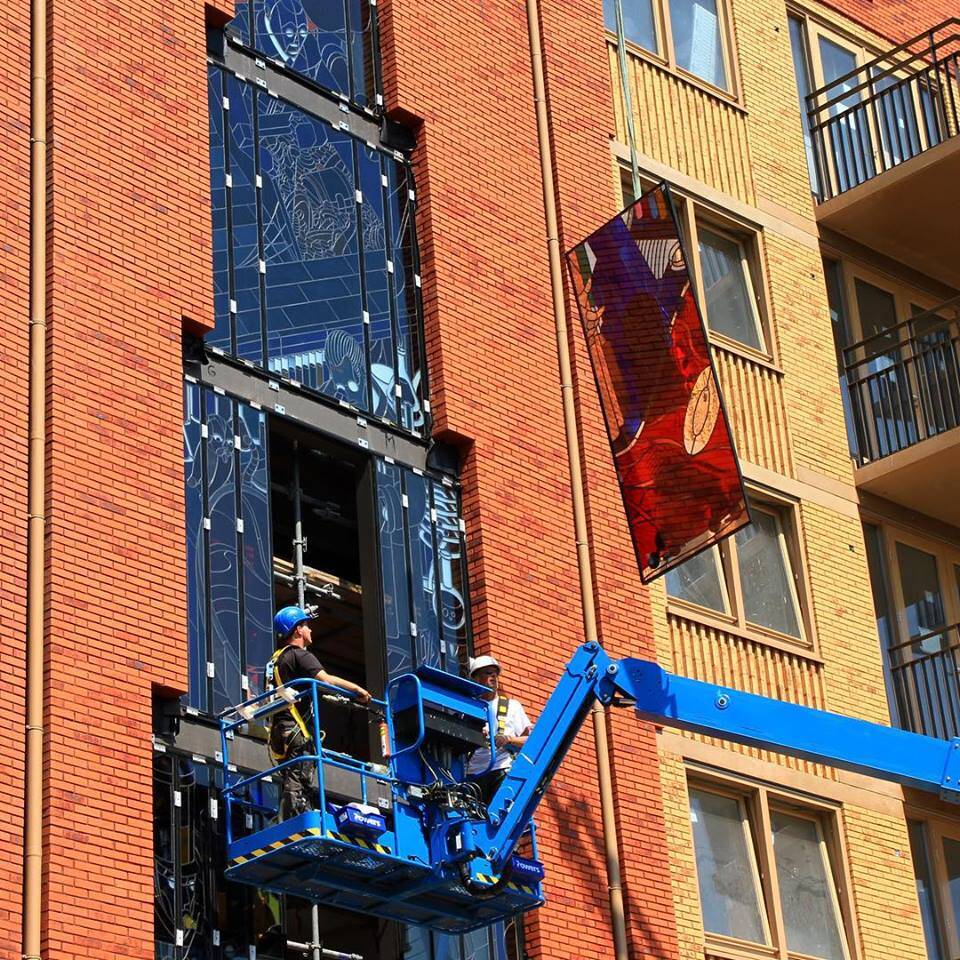 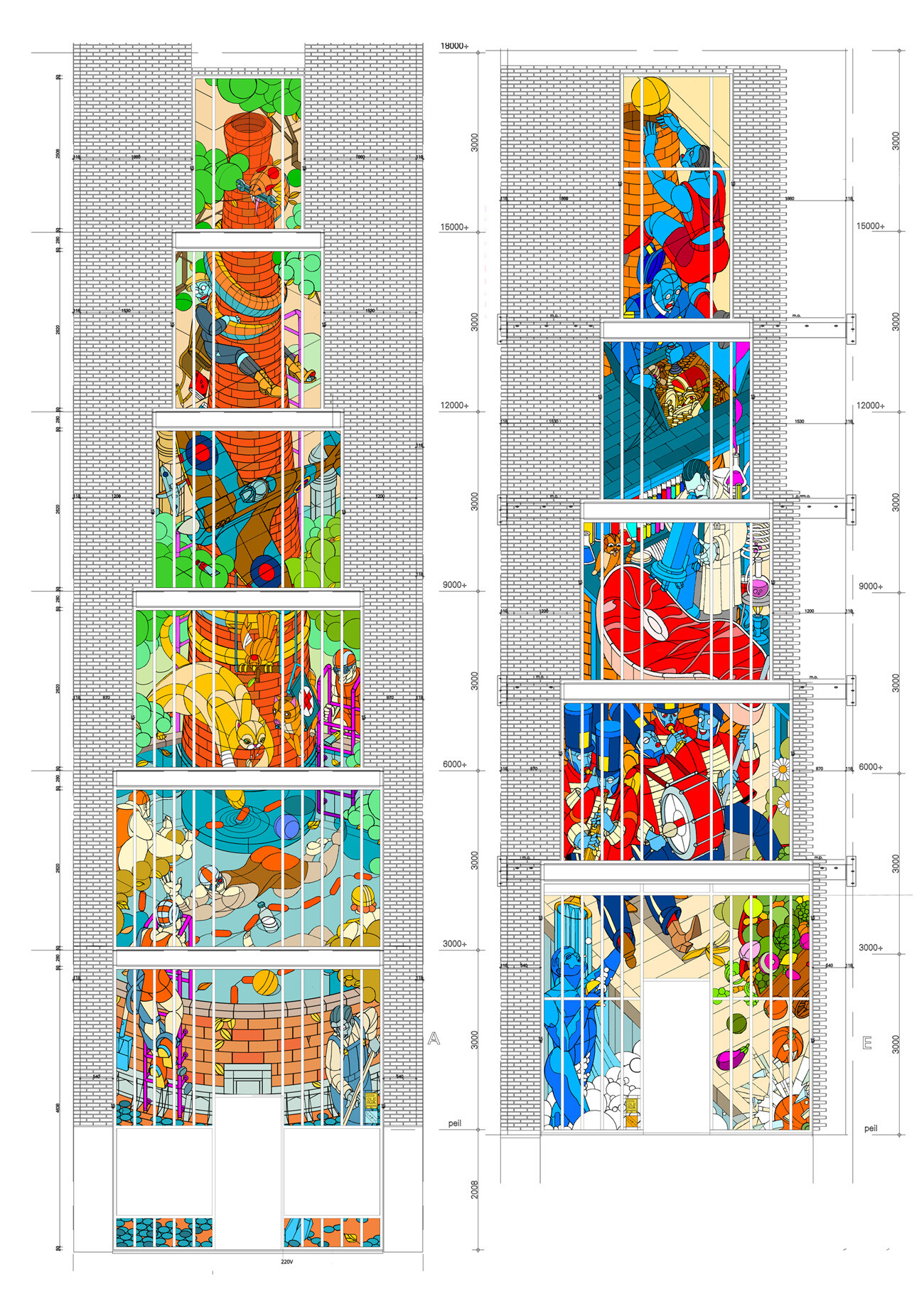