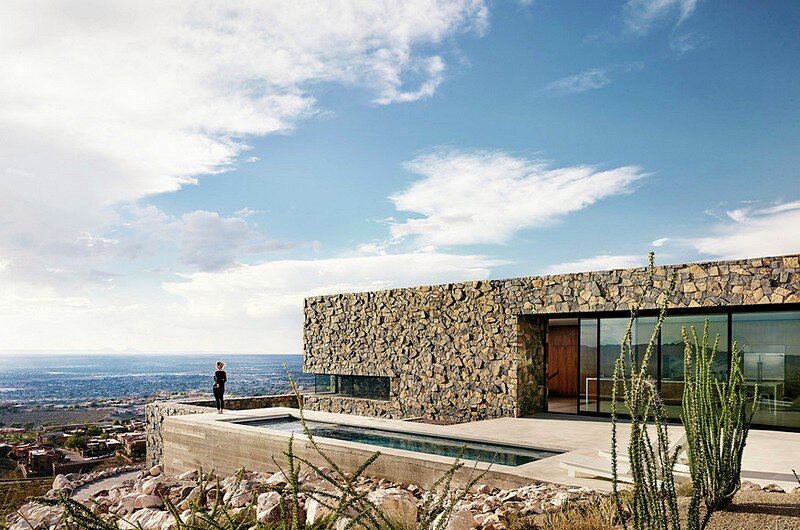 The Franklin Mountains are the southernmost expression of the Rio Grande rift, an uplift of Precambrian rock that runs from Colorado down through New Mexico. Eight-hundred feet above El Paso, Texas, on the side of the mountain range from which it takes its name, the Franklin Mountain House is a natural retreat in sight of an urban core.

Tucson–based architectural firm Hazelbaker Rush took advantage of the steeply sloping site to connect the 5,400-square-foot, three-bedroom house to the outdoors on each of its three levels, be it via wide windows that frame sweeping views, an expansive patio with an outdoor dining area and a pool, or balconies. The terraced site also hosts a garden of native plants and herbs that enrich the landscape—and serve as a private farmers market of sorts for the residents. 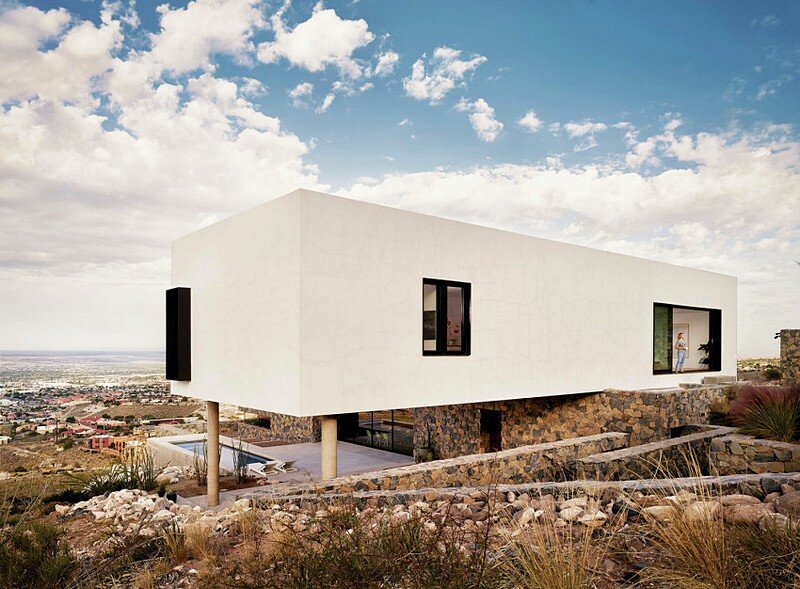 The severity of the slope allows the three story home to maintain a direct connection to the exterior at each level. The utilitarian spaces are on the first level with the entertaining functions of the living, kitchen, and dining on the second, and the more private bedroom and family play areas on the third level. The mountain peaks to the east delay the first rays of sun until very late in the morning.  To the south the slope drops off quickly into a deep arroyo where, in the early mornings and late afternoons golden eagles and red tailed hawks ride the thermal currents up into the canyons above in search of their next meal.  Often the kids wake up to see deer and rabbits grazing at the newly planted flora along the south patio, sometimes finding evidence of the local ring-tailed cat.  Each night as the sun begins to dip below the horizon the sky catches fire and the outdoor living room becomes the best place to watch the sky fade from red to orange to deep indigo as the city lights of Juarez come on and illuminate the valley to the south. 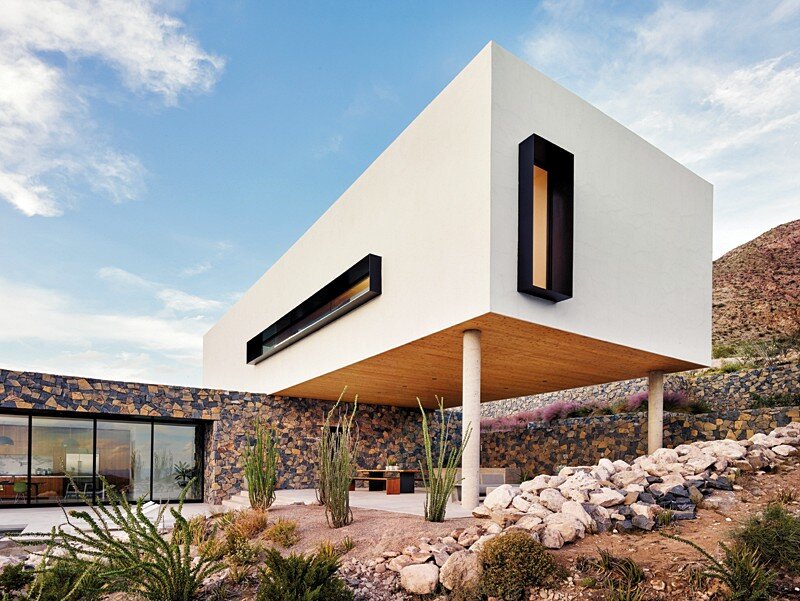 Near the top of the site there is an abandoned quartz mine. The angular quartz crystals that scatter the eastern part of the site – beautiful, foreign objects among the weathered grey stones and lechuguilla – became an inspiration for the massing of the Franklin Mountain House. A traditional white lime stucco volume houses the bedrooms and private area of the family and balances on a stereotomic mass rendered in local basalt grey stone using the rubble wall style visible all around town that closely matches the surrounding environment and is so of the place that from a distance the lower floors nearly disappear and the white bedroom mass appears to float in the landscape. 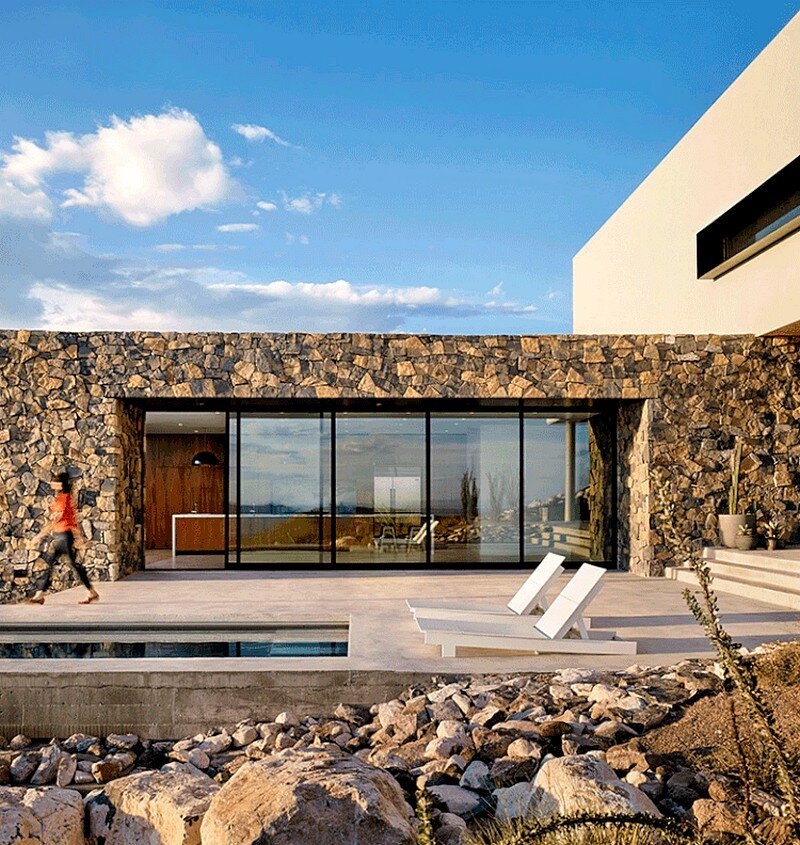 Materials inside and out are inspired by or directly related to the vernacular craft of El Paso; stone masonry, smooth troweled stucco, steel work related to the railroad, and leather goods related to the cowboy history of the city. At the moments where one directly engages the building the door handles and cabinet pulls are fashioned in black steel with a small offering of leather to soften and warm the cold edges. Natural, honest, somewhat conventional materials are used in slightly unconventional ways to clearly convey a refinement of the vernacular craft. Photo by Casey Dunn Photography 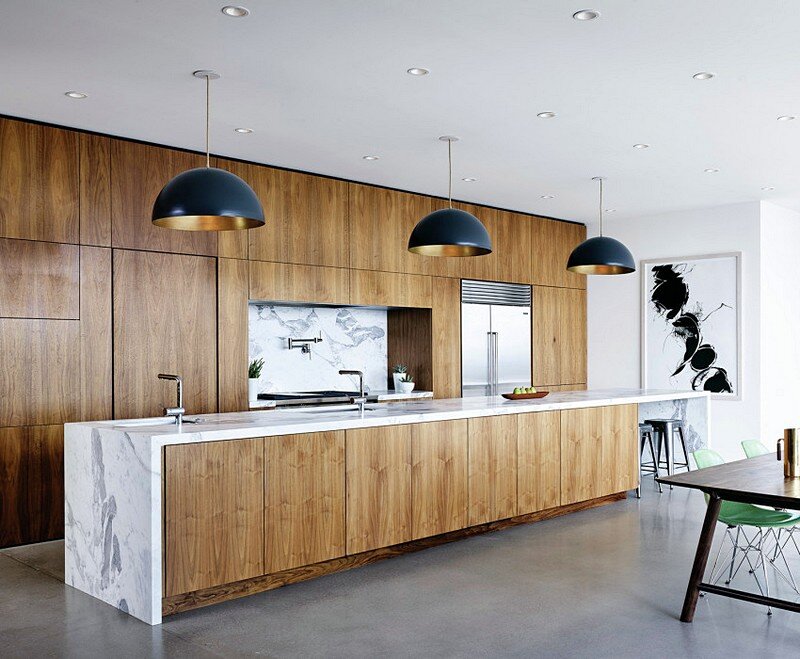 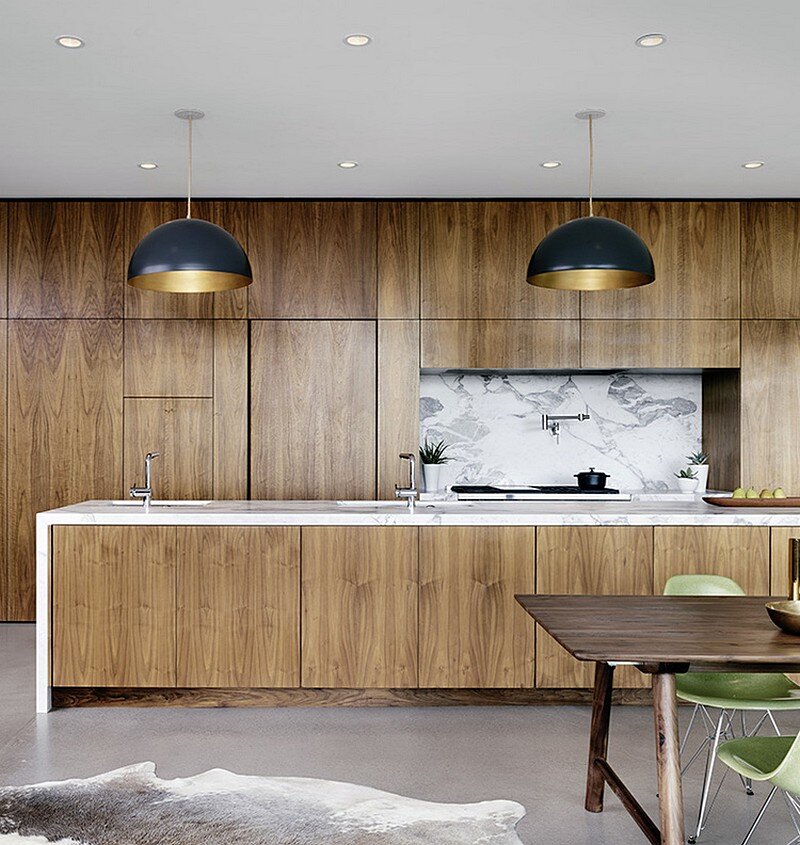 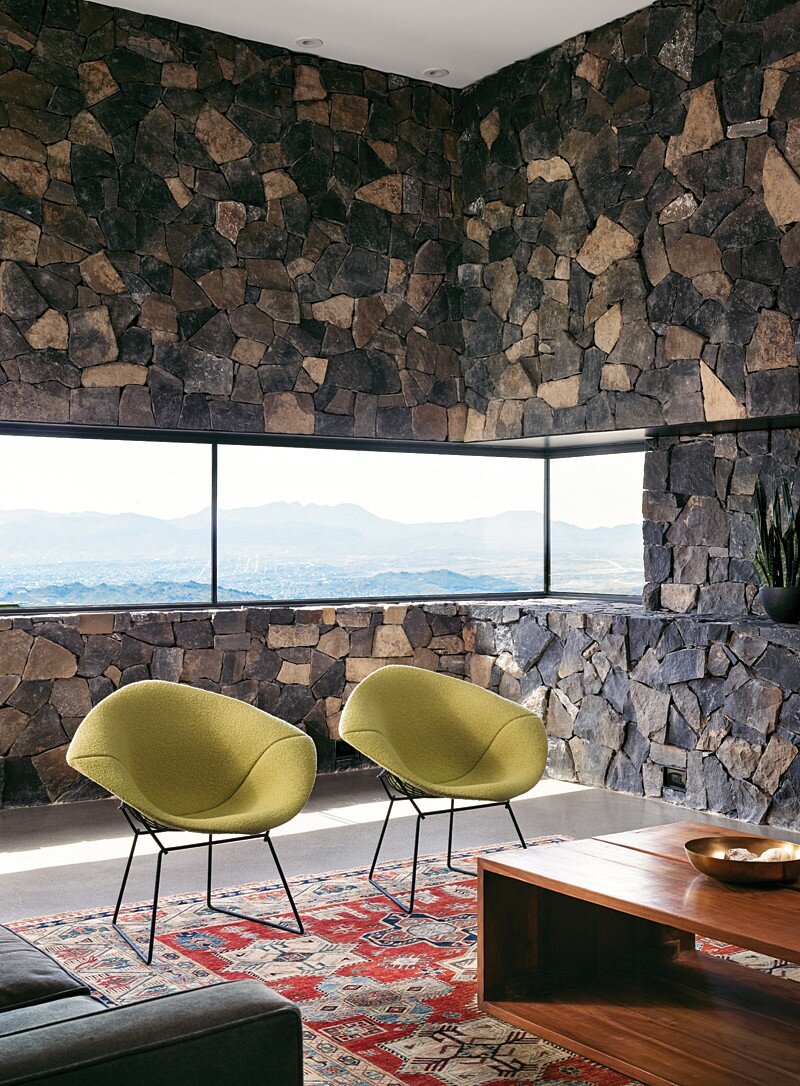 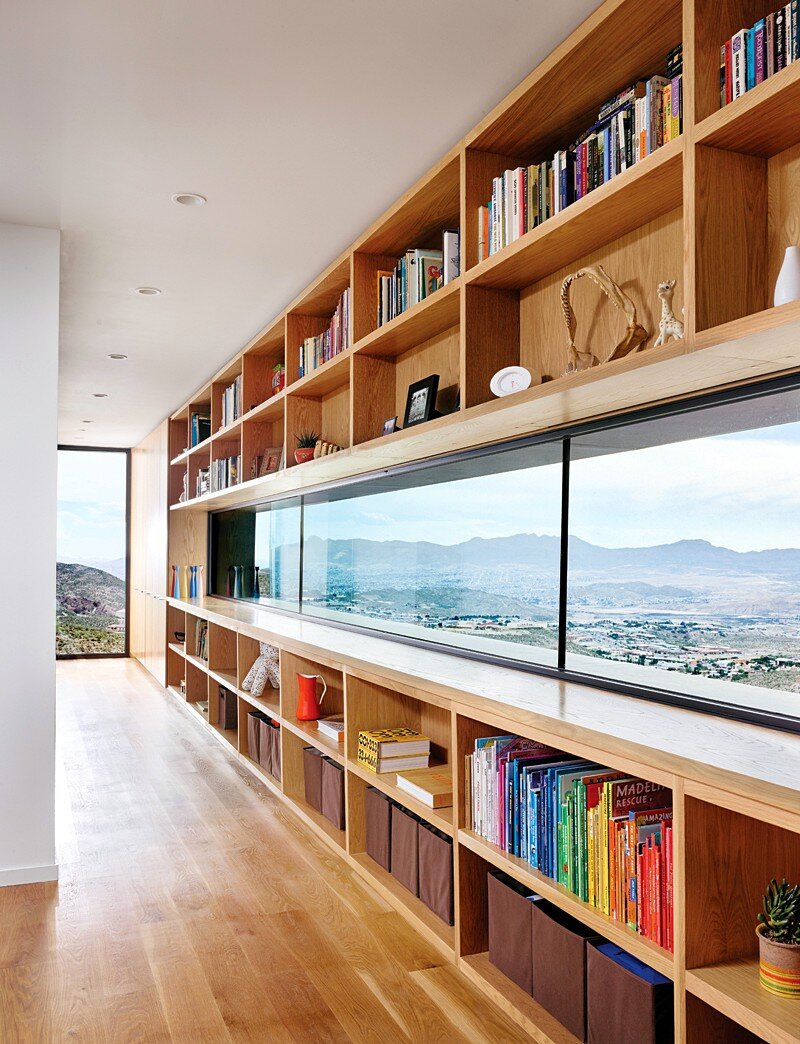 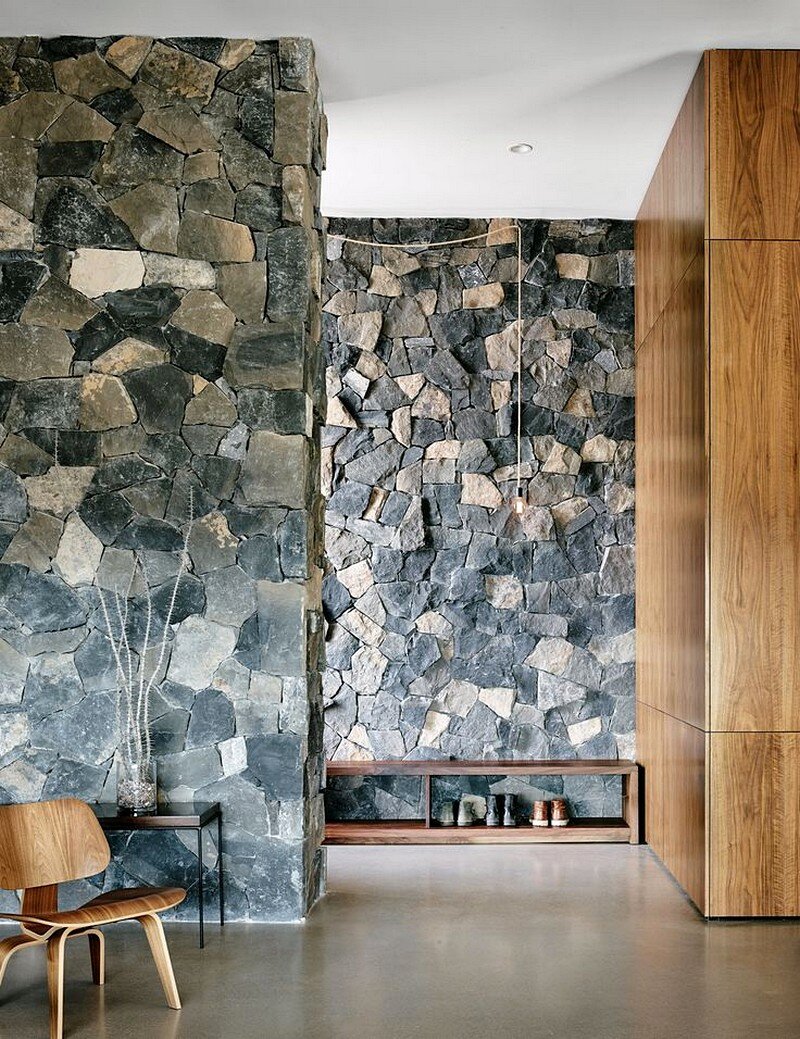 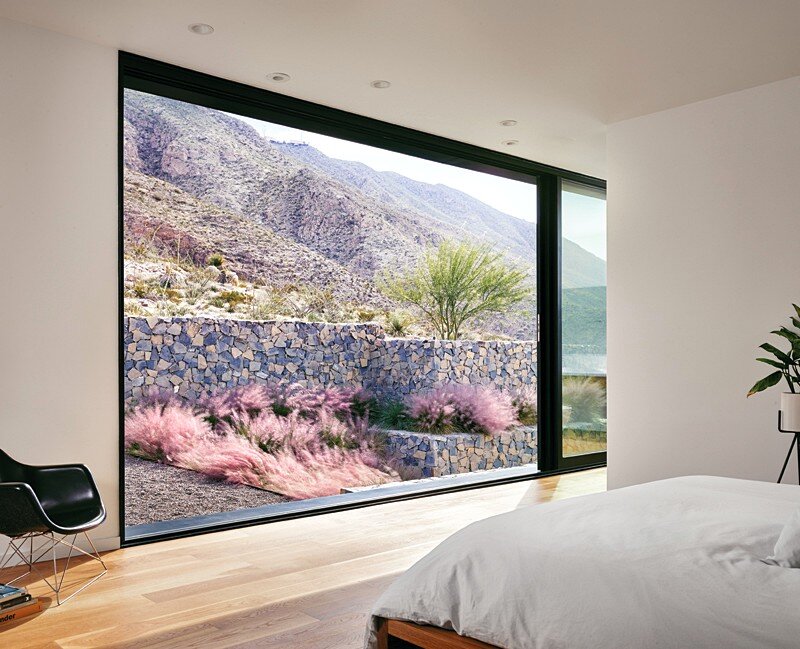 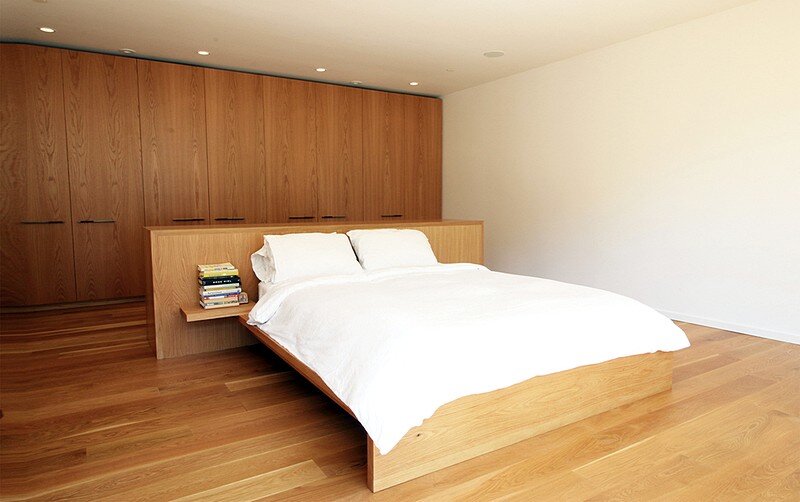 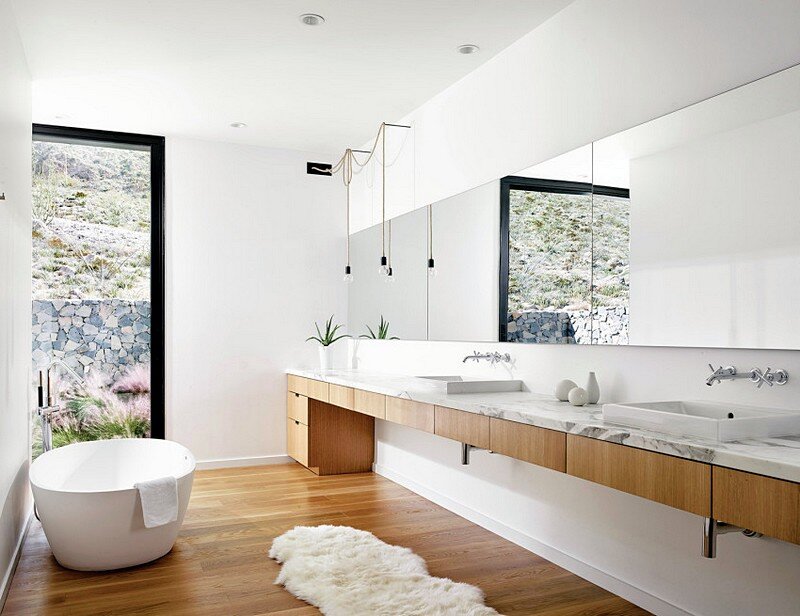 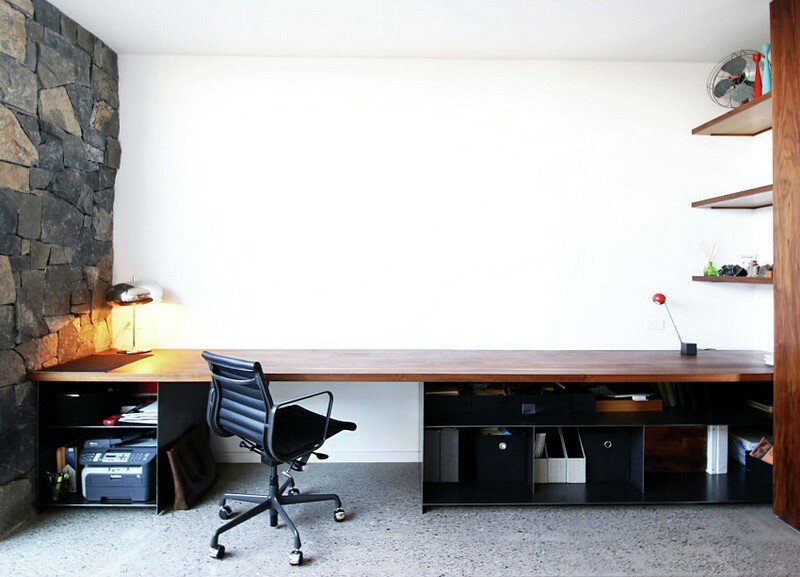 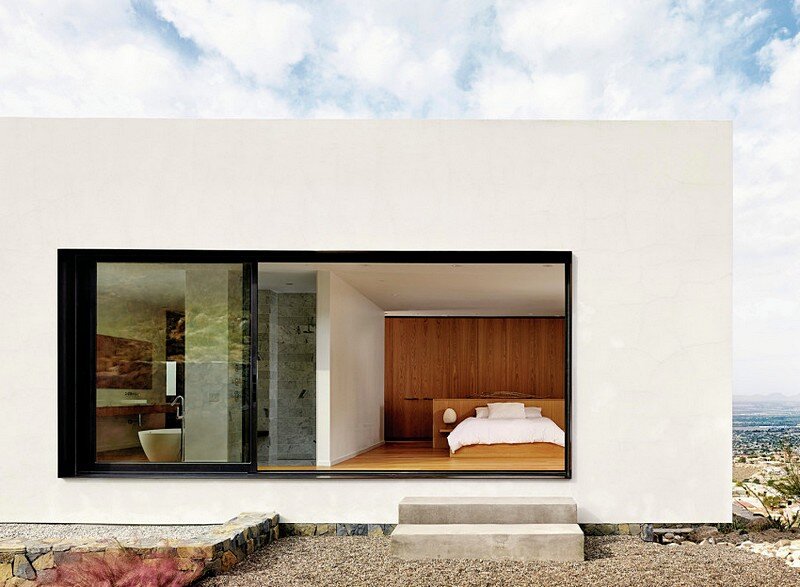 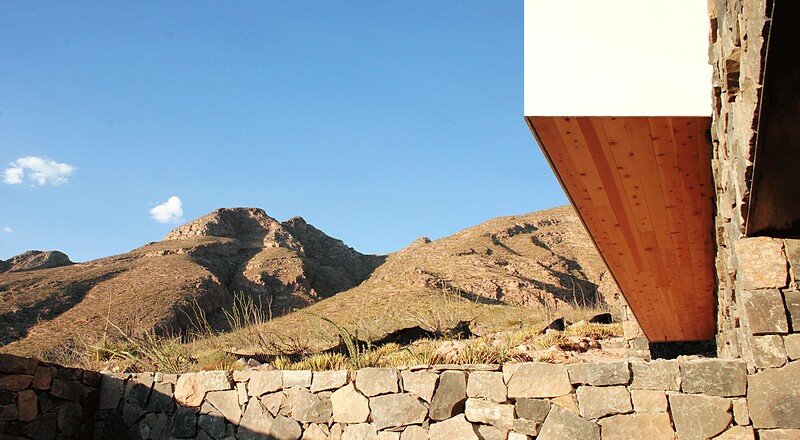 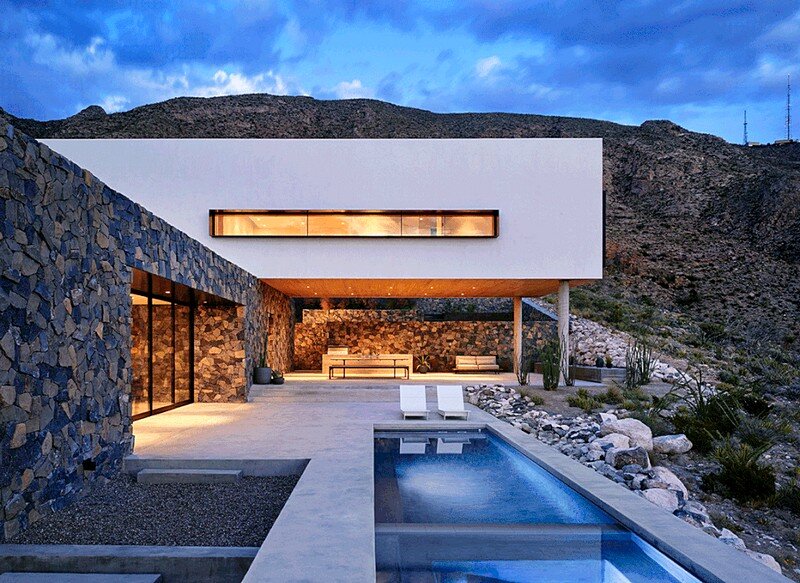 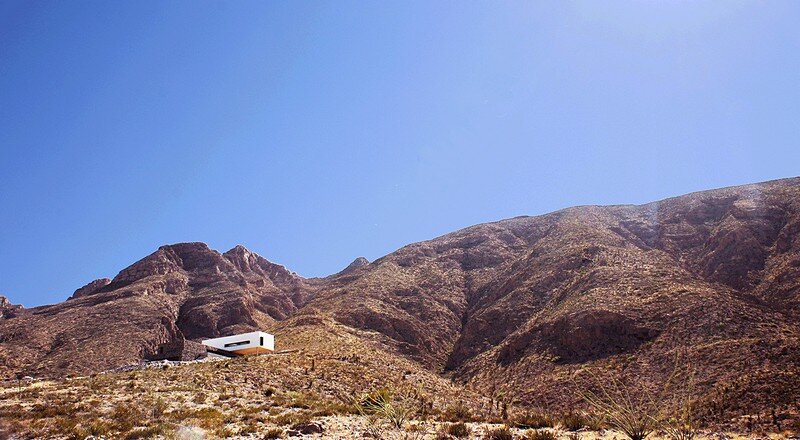 Diamond Residence – a Playful and Harmonious Home on the Normandy Coast

A Montreal Concrete House Gets a Contemporary Update