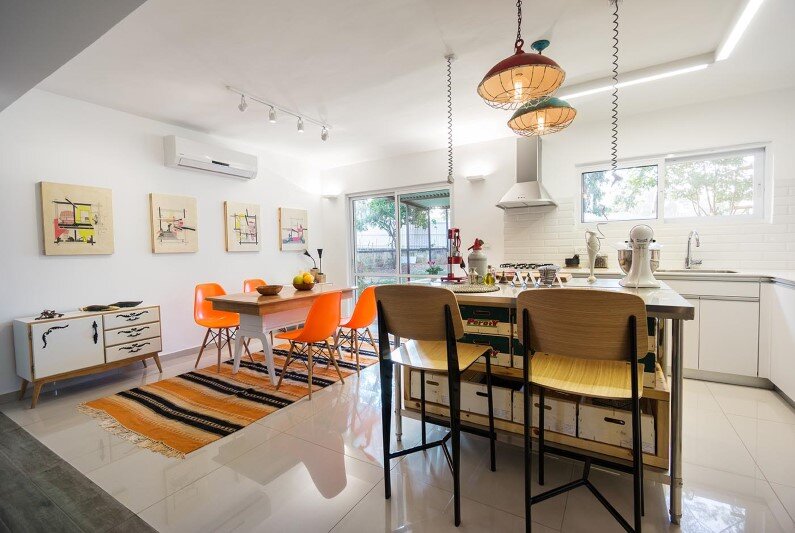 A House in a Moshav Redesigned by Rotem Guy Interior Design 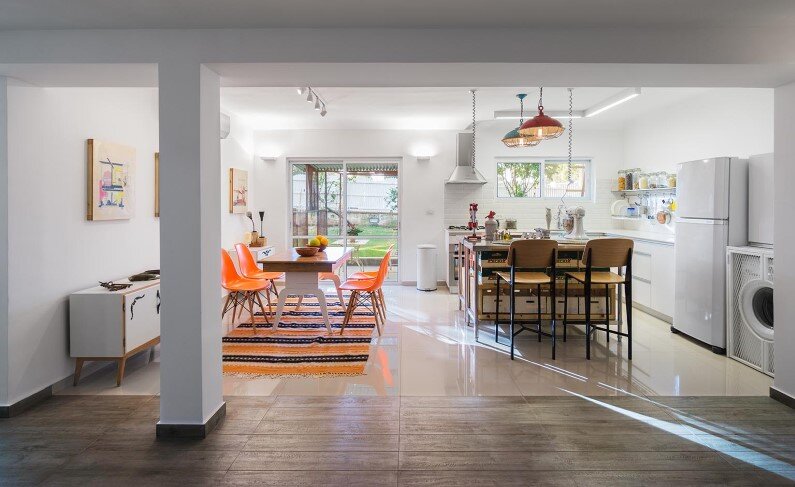 ” House in a Moshav ” was built in 1951 for a Jewish immigrants family from Libya. It started as a small unit, typical for the houses built by Jewish Agency in those years, and it was extended as the family was growing. During the renovation process, Rotem Guy, the designer, kept the representative central elements of the house and arranged a new interior, tailored to suit its new owners – a designer and a chef. The kitchen, dining room and the bedroom were arranged in the oldest part of the residence, inherited from the original home.

The entrance hallway, added later to the building, sets itself apart with a gray hone “carpet”. The other wing of the house was destined for the living room, distinguishing itself with the rooftop beams, which are preserved and exposed as a reference to the historical value of the household. 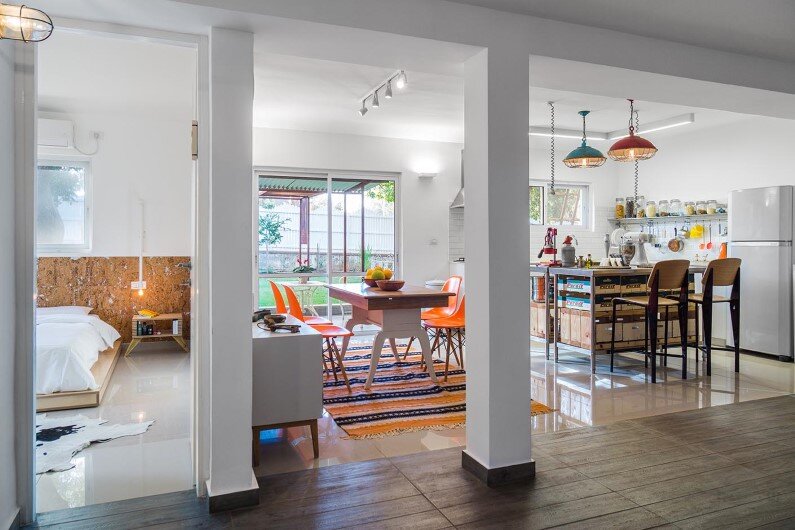 As the walls and the ceiling were exposed, a unique visual form was created which led to a clear deliberation as to the proceedings of building the house. The oldest part, which belonged to the first unit, contains the kitchen, dining area and bedroom. The room at the entrance, which was a later addition, is now singled out by a “carpet” of grey floor tiles. On the other end of the house which contains the living room, wooden roof beams belonging to the original house had been exposed and preserved, as well as the old book-shelves, which were an important core of the original house. 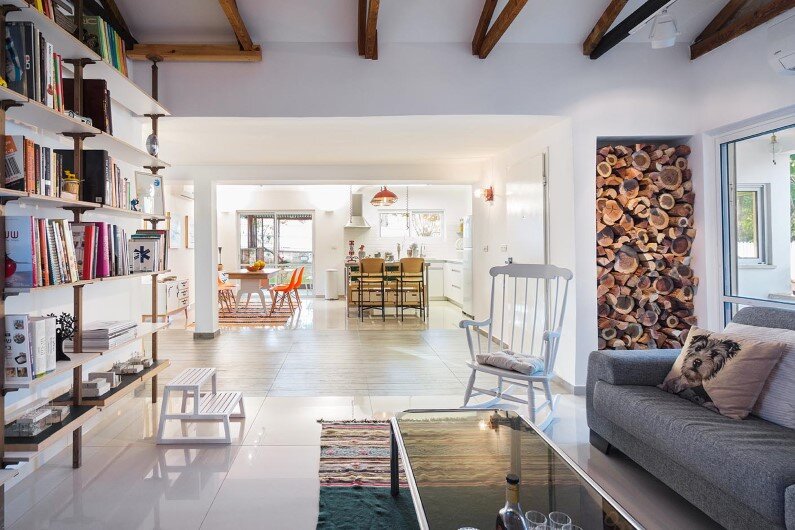 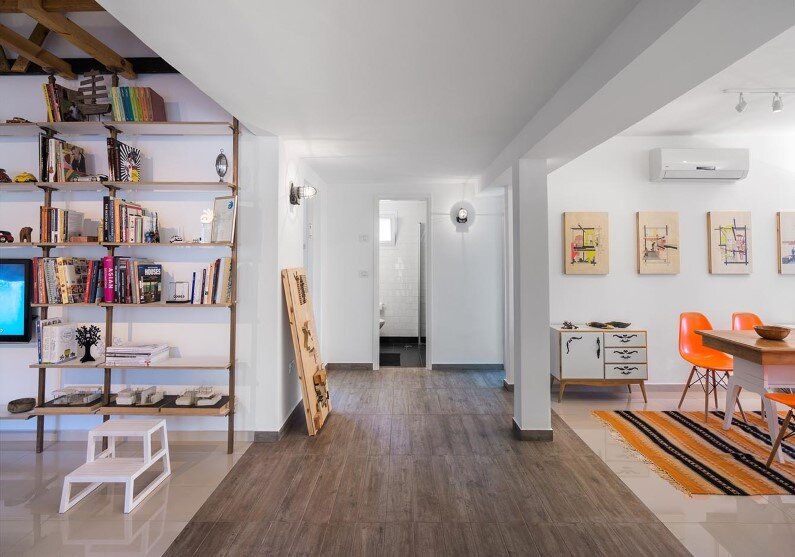 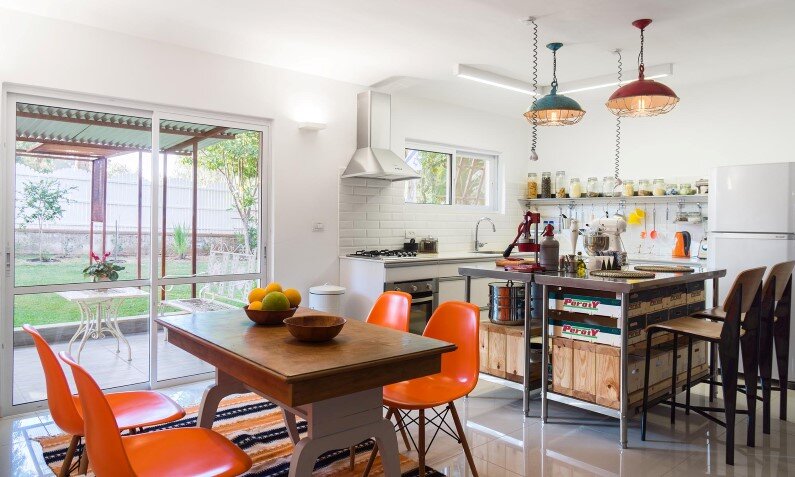 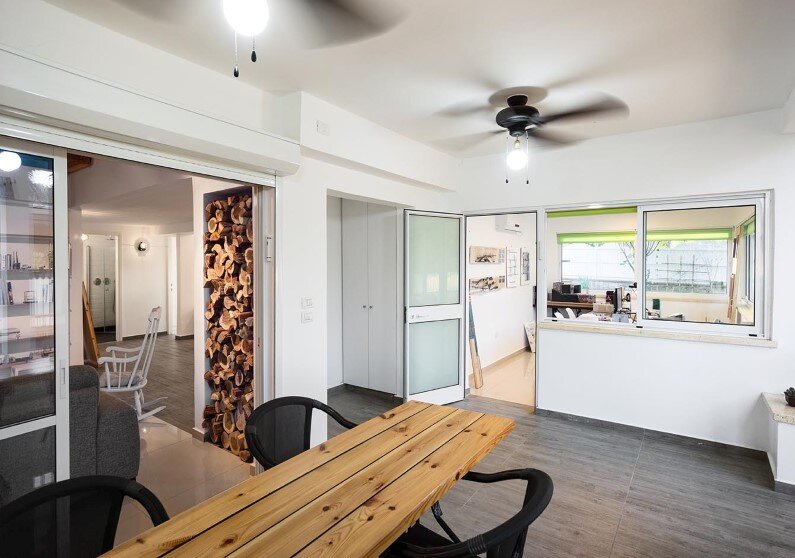 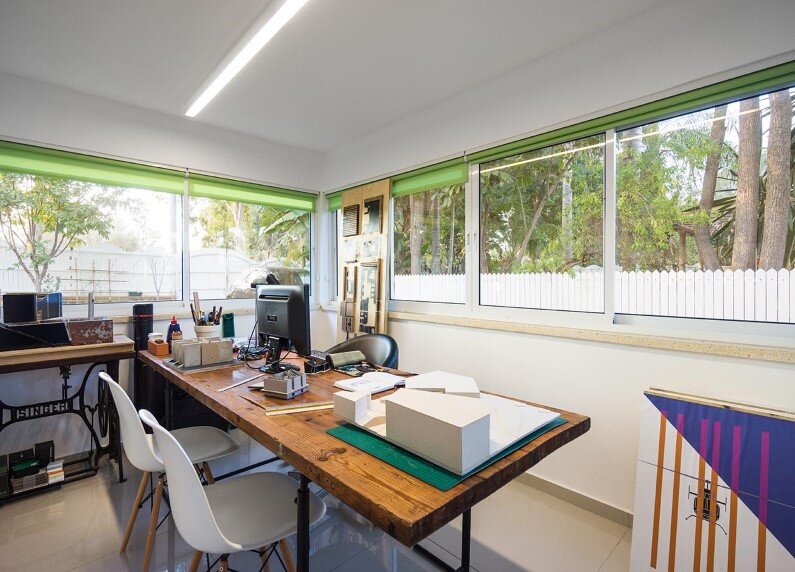 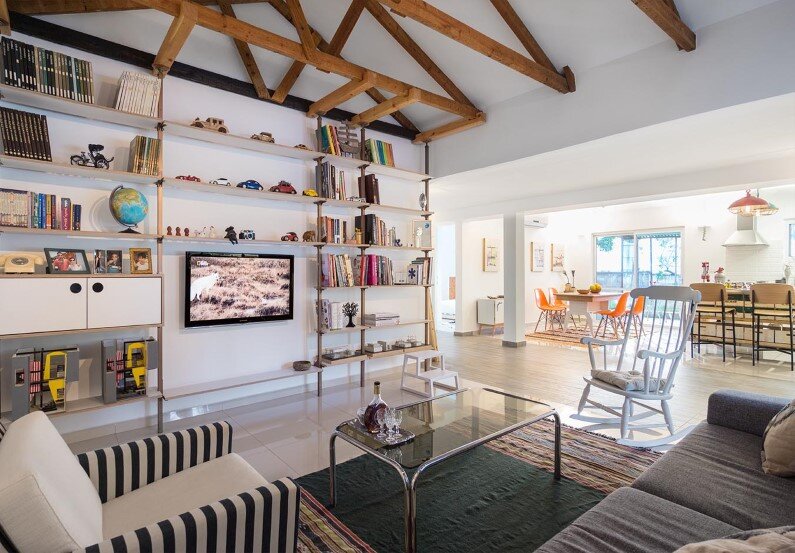 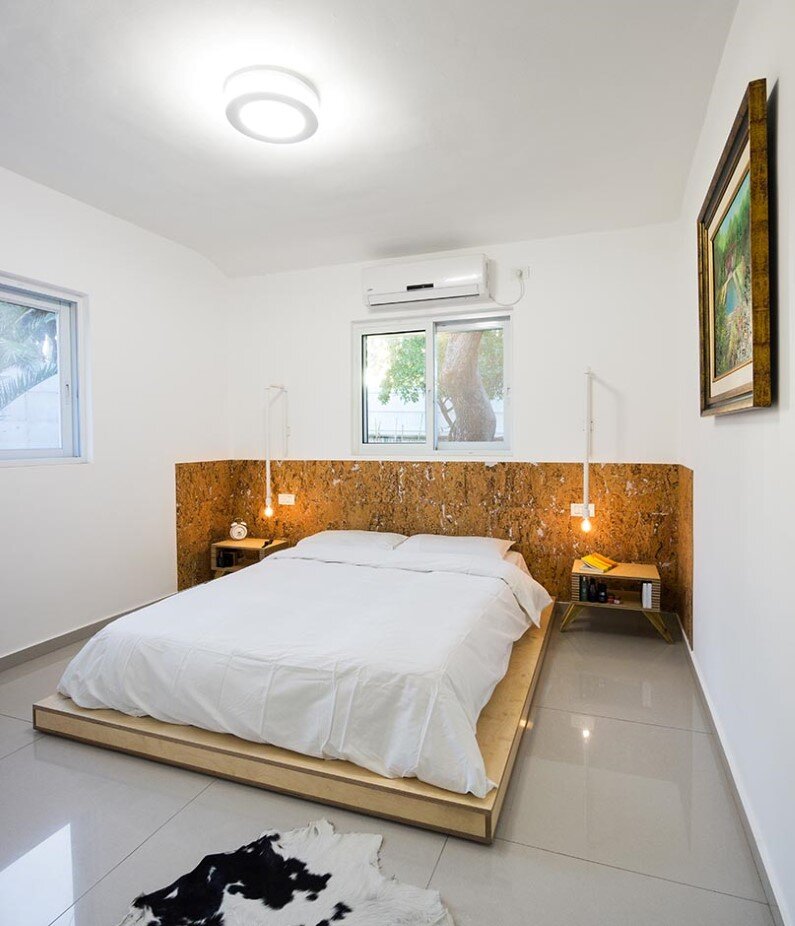 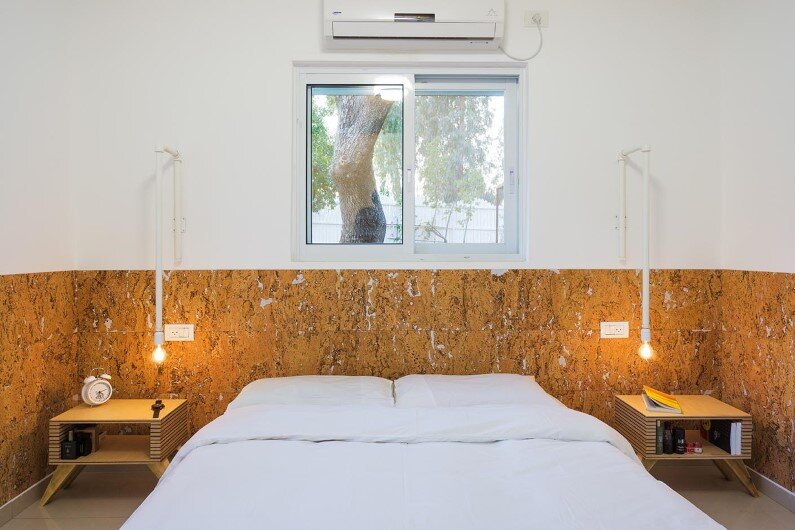 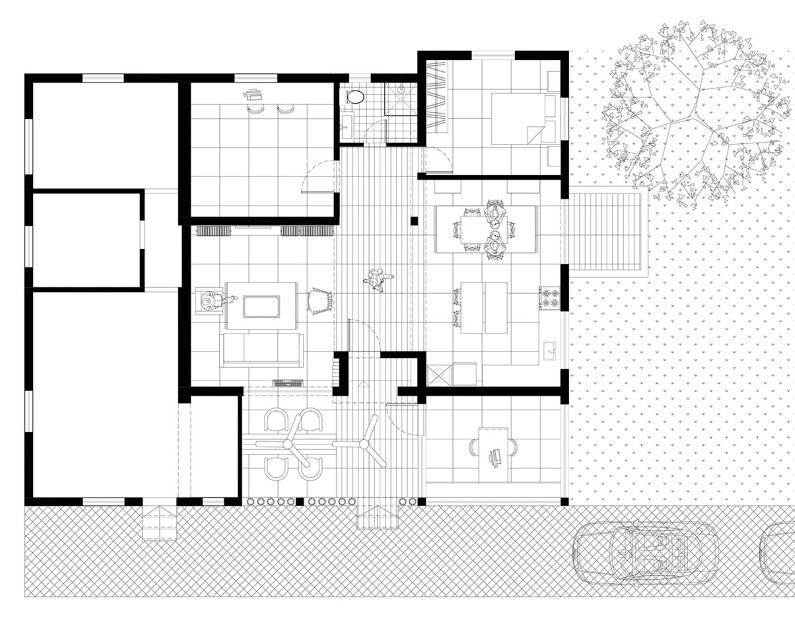 Edgars Creek House is all about a connection to nature. This home is about the country and the landscape in which it exists, and offers a way to live as part of that system rather than trying to preside over it.
Read more
a25architetti

From an Old Workplace to a Modern Living Space: Montevecchia House

The house was made out of a warehouse and a barn, inside an apartment building in Montevecchia, in northern Brianza, Italy.
Read more
Contemporary Houses

Art Barn House is designed for the purpose of gathering, discussion and displaying contemporary mixed media art forms. The owners use the residence for engagement with the art community and raising awareness of the arts ...
Read more 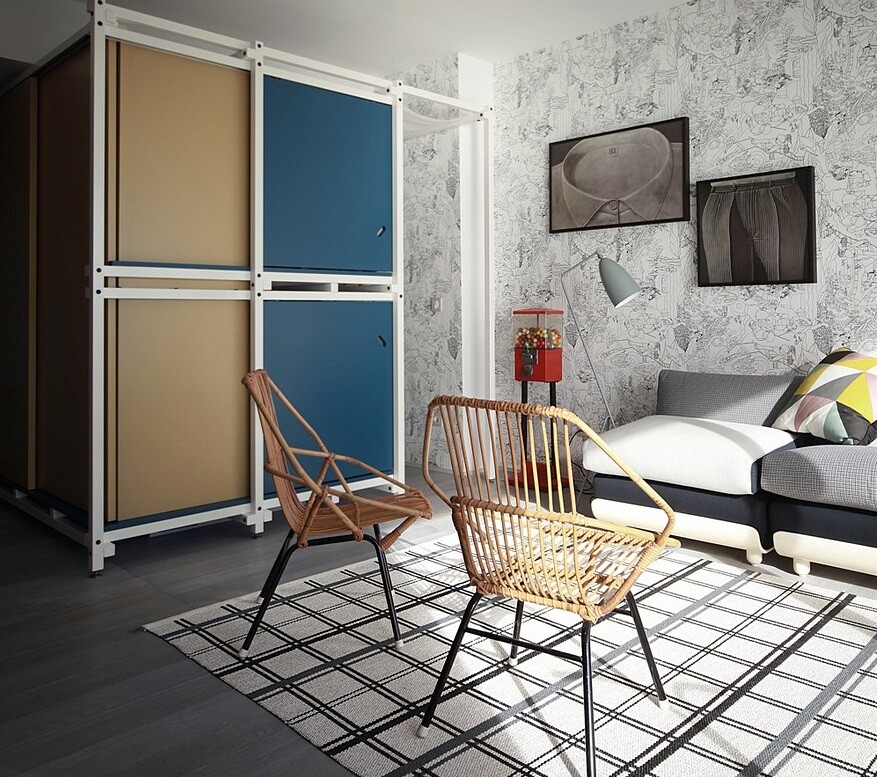 April 30, 2017
The project for a small holiday apartment in Juan les Pins designed by UdA Architects, developed by Andrea Marcante and Adelaide Testa tackles the...

Stella House – optimal use of space by using a motorized...

Ex-House: Away from the City Noise, by GarcíaGermán Arquitectos