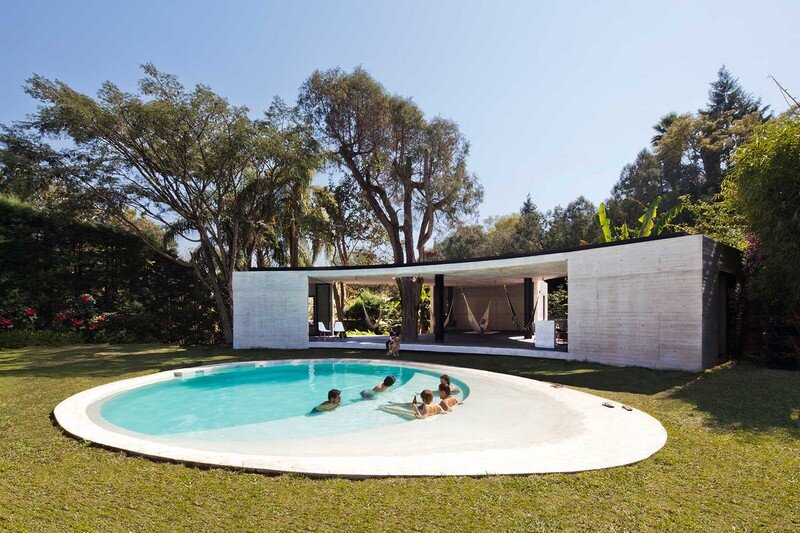 Tepoztlan Lounge is a vacation house designed by Cadaval & Solà-Morales. The studio was founded in New York City in 2003 and moved to both Barcelona & Mexico City in 2005.

Project description: Tepoztlan is a small town nestled between rocky cliffs located to the South of Mexico City – 50 kilometers away from the vibrant metropolis. With its well preserved historic center and wild countryside, Tepoztlan is a town of legends and deep cultural roots that has been appreciated by writers, poets, artists and musicians over many decades, turning it into their hometown or weekend retreat. Located in this incredible context and surrounded by an astonishing landscape, the Tepoztlan Lounge is the first building completed of a larger project that includes a series of bungalows of different sizes and designs, which can be rented by years, months or days. The lounge is set to be a central communal space for leisure in nature, and is located in the perimeter of a stunning lawn. 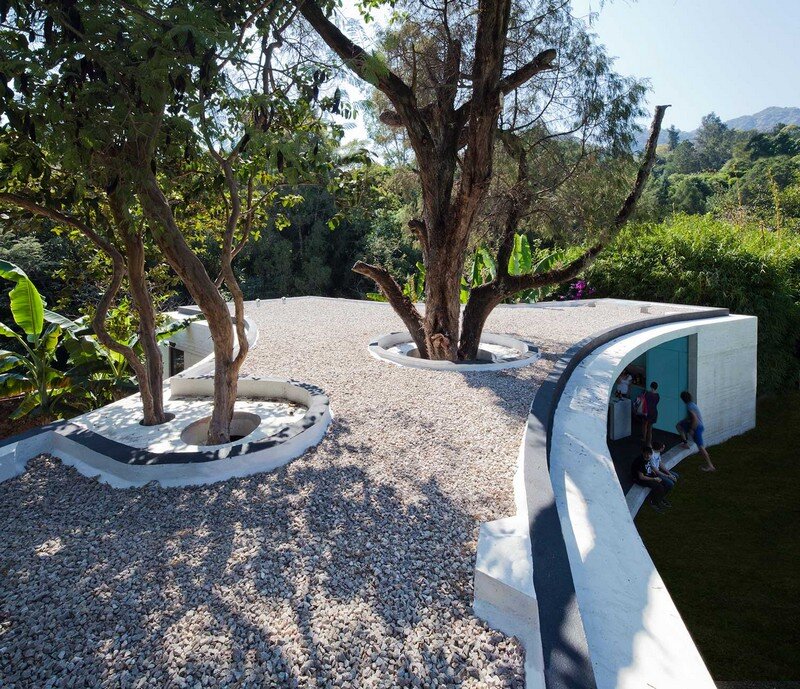 The harmony of the project is dependent on the ability to maintain the carefully manicured lawn while celebrating the character of the wild nature surrounding this central space. The project is a balance between interior and exterior, a construction of an in-between condition, an inhabitable threshold, which becomes the main space of the project; the limits between the open and the contained space merge to produce a single architectural entity. 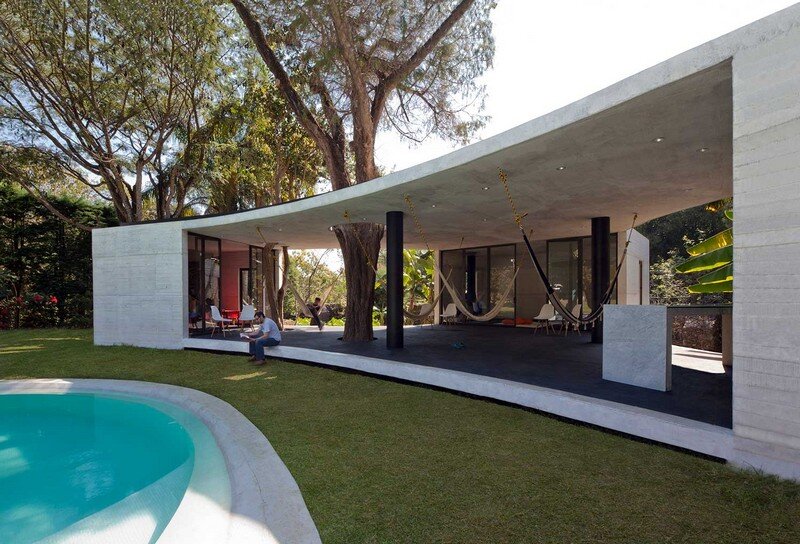 The design establishes three separate living quarters designed in accordance to the three intended uses of the space. Each is a set space defined by its use, but also by a very clear and simple architectural container. The first holds an open bar with a kitchenette, together with restrooms and dressing rooms; the second is a play area for children that can also be used as a reading room when temperatures drop at night; and finally the largest container is the living area – an enclosed, tempered and comfortable space for conversation, TV, etc. It is the desire to give continuity between these three separate areas which creates meaning within the project – a continuous space in full contact with the nature but protected from its inclemency is set up not only to expand the enclosed uses, but also to allow new activities to arise. 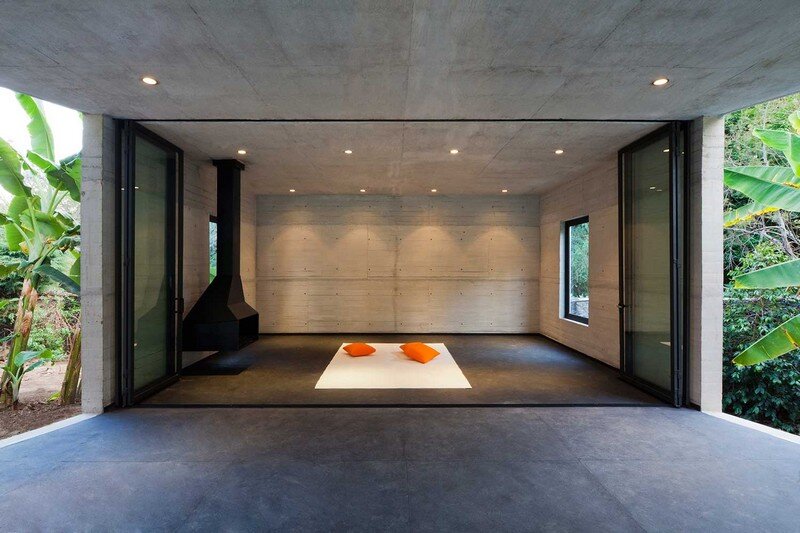 It is through the definition of this central space, through the definition of its shape, that the contiguous courtyards are defined. These are as essential to the project as the built architecture, and allow it to be perceived as a whole, single spatial experience. While the three built containers give continuity to the central space by means of their use and space, the adjacent patios qualify it, while providing diversity and idiosyncrasy to open space. The design of the swimming pool is part of this same intervention, and responds to the desire to characterize the spaces. Its formalization resonates with the layout of the lounge, while incorporating by its nature the possibility of a multiplicity of ways of using water. 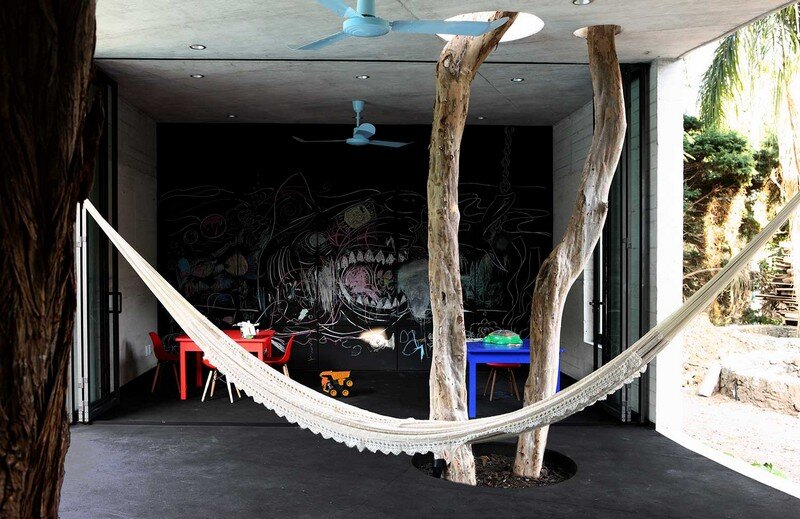 The building acts as a plinth valuing the views of the mountains. It must be respectful to the existing context, and understands that the natural habitat is the real protagonist. Two impressive trees that are in place are incorporated within the layout of the lounge, as if they were part of the program itself. The Tepoztlan Lounge is constructed in concrete not just because it is an inexpensive and practical material in Mexico and to minimize its maintenance, but also to expose its structural simplicity and neutrality towards the astonishing nature. 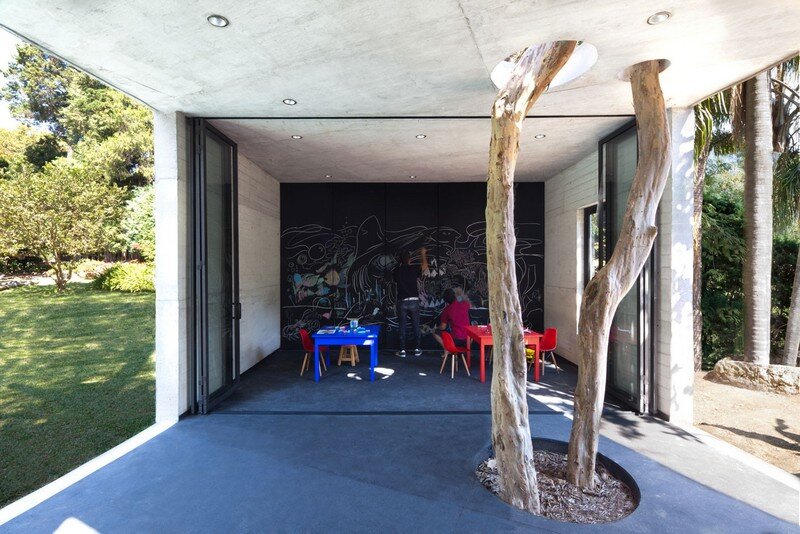 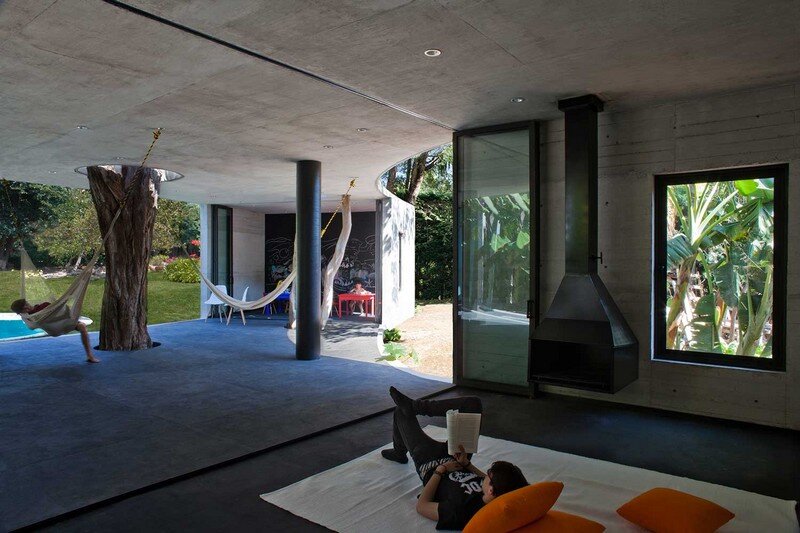 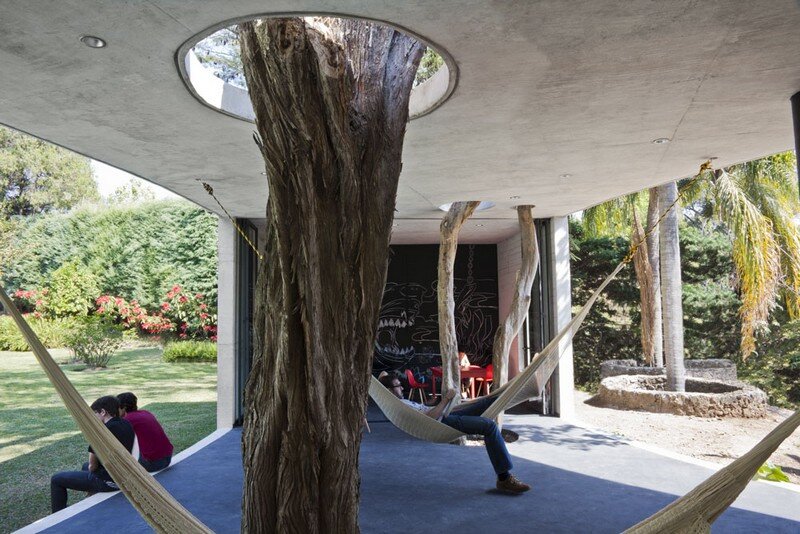 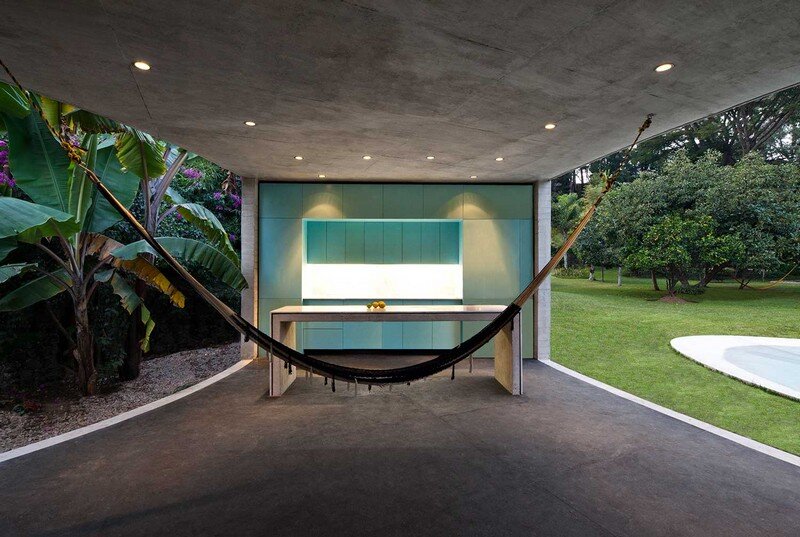 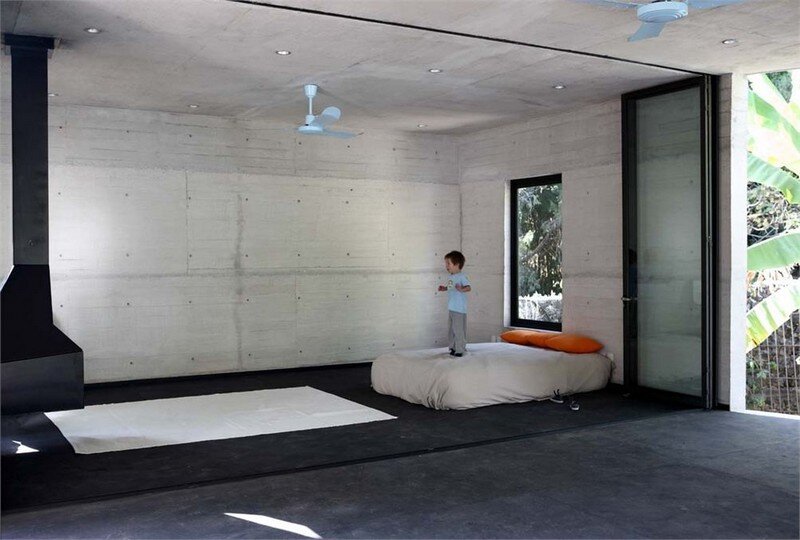 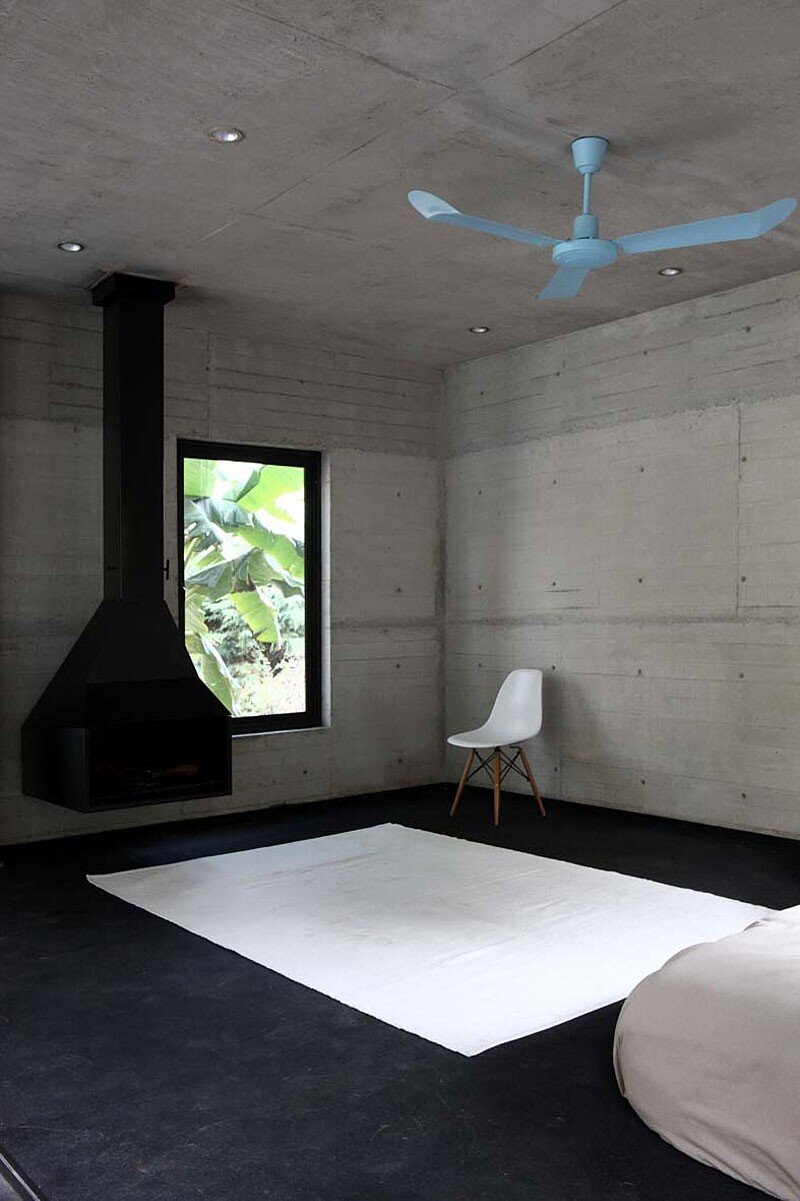 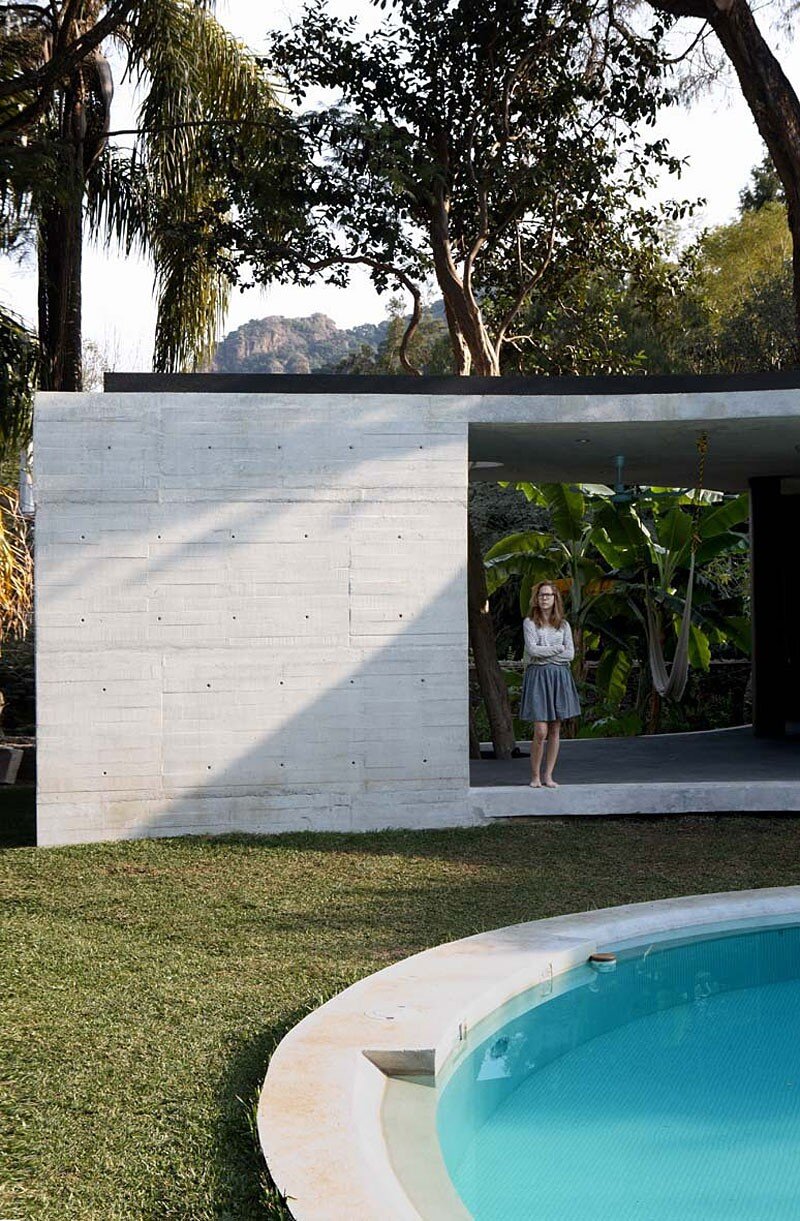 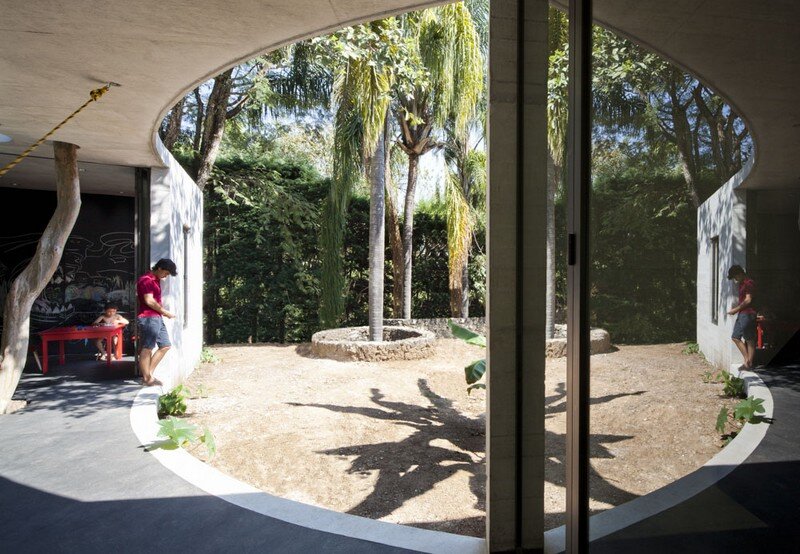 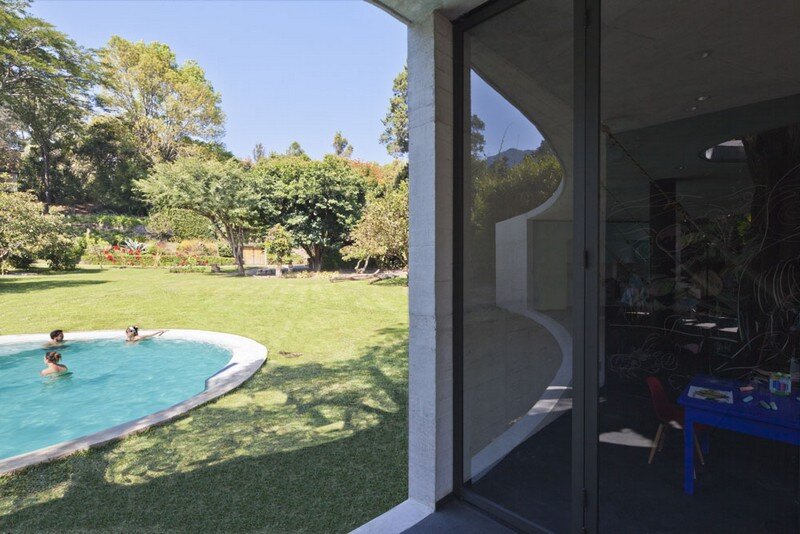 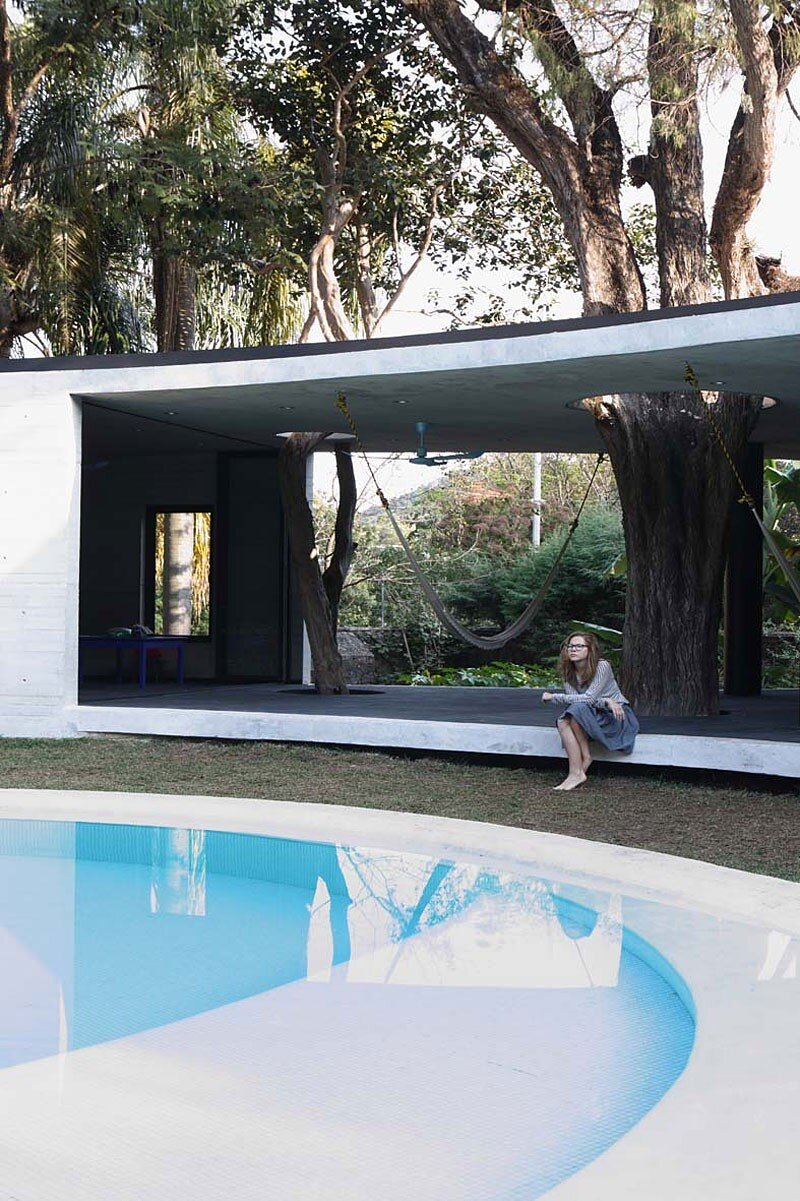 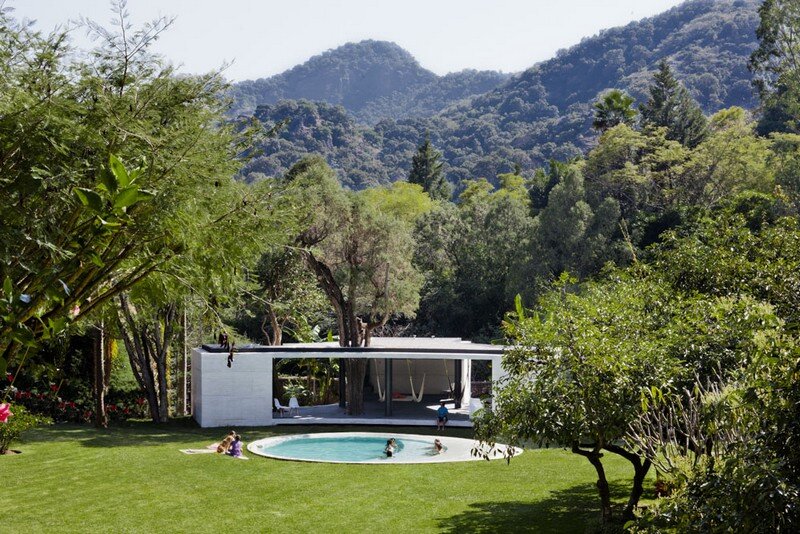 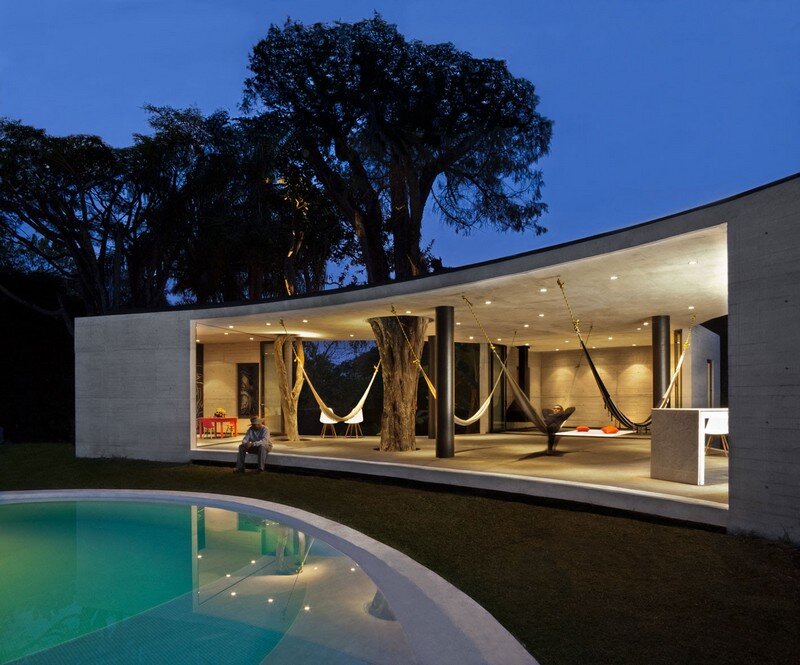 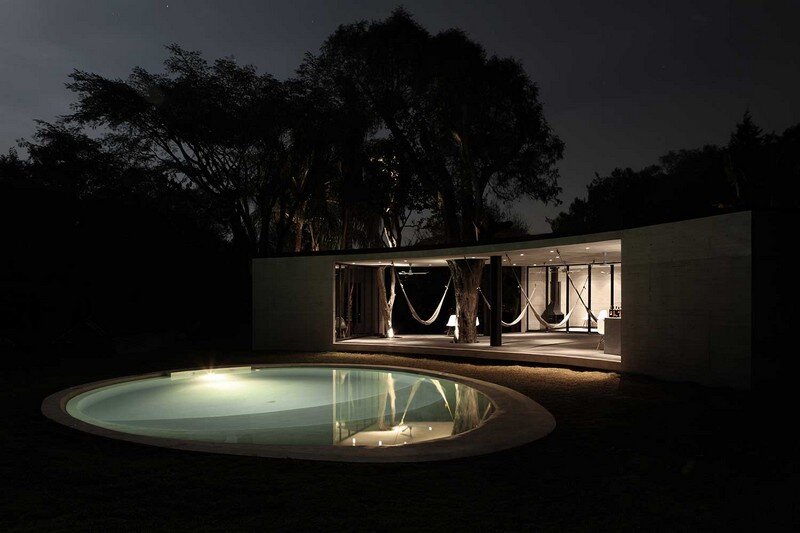 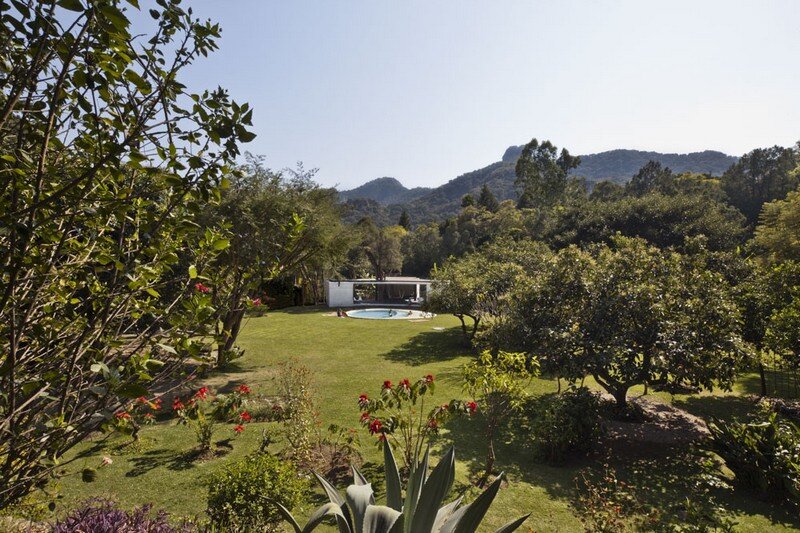 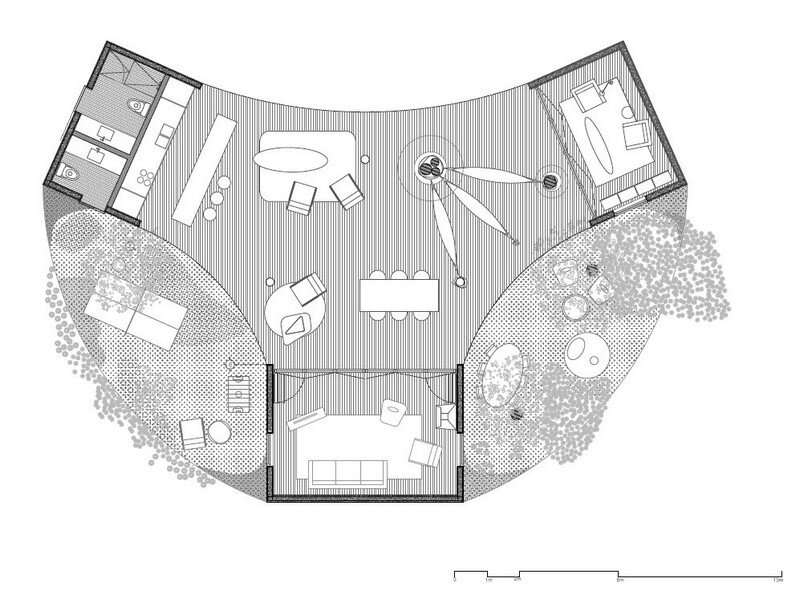 Michael Thomas Host, founder of Mth Woodworks in Vancouver, is the son of a forest ranger and he is a passionate man of wood...
Read more

Modern Parisian Apartment with a Mini Vertical Garden in the Kitchen

SABO Project recently completed this modern Parisian apartment. The property has an area of 72 square meters and is located in Montmartre, Paris. Description by...
Read more

Minimalist Interior Designed by ZOOI for a Young Family

To implement this project the studio ZOOI merged three apartments to create River Stone. As a result, this minimalist interior designed for a young family, occupies a half-floor of 300 square meters.
Read more

The concept of Poisson Blanc Chalet results from the rugged topography of its site, a sloping terrain on which the project is anchored in the bedrock, revealing an angular and monolithic architecture.
Read more

How warm and cosy can an apartment be arranged that is almost entirely made of wood and plywood? I think the answer is provided...
Read more
Contemporary Houses

This new house in a dense, beachside suburb required clever management of privacy and views. The Coogee Beachside house, for a young family, was to be robust, liveable and light filled but with a layering of spaces that provided flexibility, separation and privacy.
Read more
Contemporary Houses

When this Semi-detached Victorian Terrace project first came into our office the renovation was for a young professional, the house was tiny, in disrepair, dark with almost no outdoor area. The brief was fairly typical;
Read more
Contemporary Houses

Modern Weekend Retreat with a Privileged Connection to the Environment

The long cherished wish of a private painting workshop became reality in the backyard. An unsightly shed grew to a light studio with attic. The side walls of the barn remained as witnesses for those who couldn’t believe this would be possible.
Read more