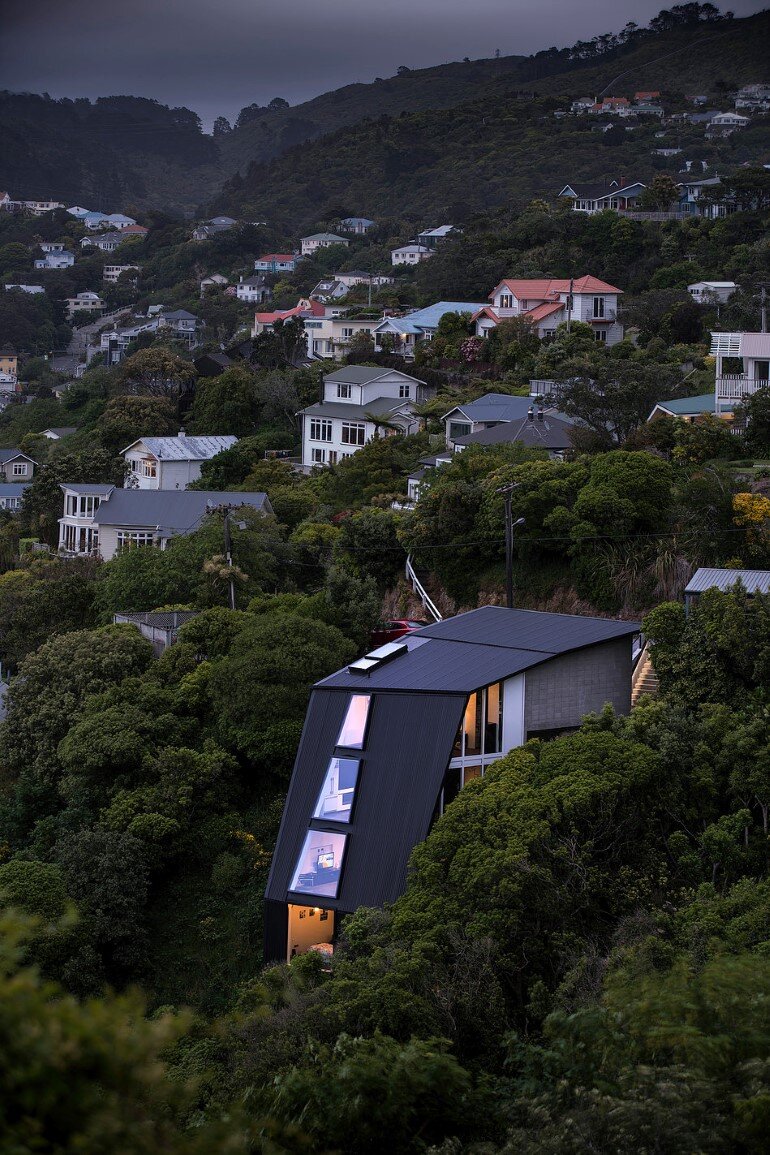 45 Degree House is a house with an interesting architecture designed by New Zealand studio BBC Architects.

This house takes advantage of the extreme topography Wellington is famous for, and could be seen as a precedent for building on the many unused plots of land close to the city centre. The unrestricted views over Wellington harbour and proximity to the Central Business District made it an ideal location to build, but the steep inhospitable section (consistent 45-55 degree slope) offered no building platform to work from. No known housing typology was going to work here, and the brief became to invent one. The design process needed to leave the studio early, and involved collaboration between engineer, builder and architect to work through the site’s challenges. 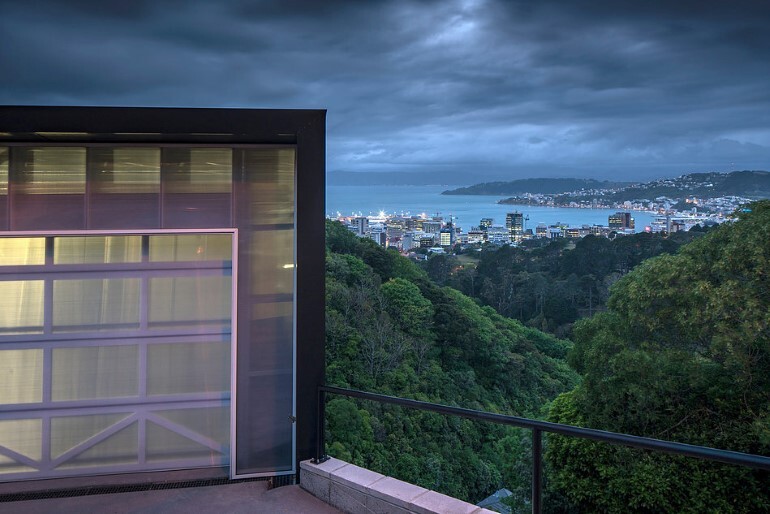 The solution was to hang the 4-storey house off a vertical 12 metre block wall anchored to the land. “We effectively tipped the house on its side, with exposed vertical foundations towards the cliff, and wrapped the downhill wall with a roof, and this gave opportunity for the architecture to follow; the hallway became a lift, the skylights became view-windows, and the open-plan living through the two middle levels is vertically – not horizontally – connected.”

Formally the house embraces its site; the hanging house form is wrapped with a folded 15 to 77 degree roof that accentuates the slope, while also exposing the interior at each of the four levels out to the view through floor-to-ceiling skylights. This structure is grounded 17 metres below the road on a small foundation, that then extends vertically 12 metres to connect with the suspended garage slab above. The garage is enclosed in concrete and colorsteel, but its door and the house entry are carved into this, and clad in translucent material.

Cladding selection like this highlights public and private spaces within the building, separating and contrasting solid block-work and windowless facades facing south and the street, with void spaces about the entrance and the transparency of the windows and white surface on the elevations facing north. The net-enclosed entrance stairwell and glazed north elevation exposes the inhabitant to the harshness of the slope while successfully transitioning the exterior to the interior. 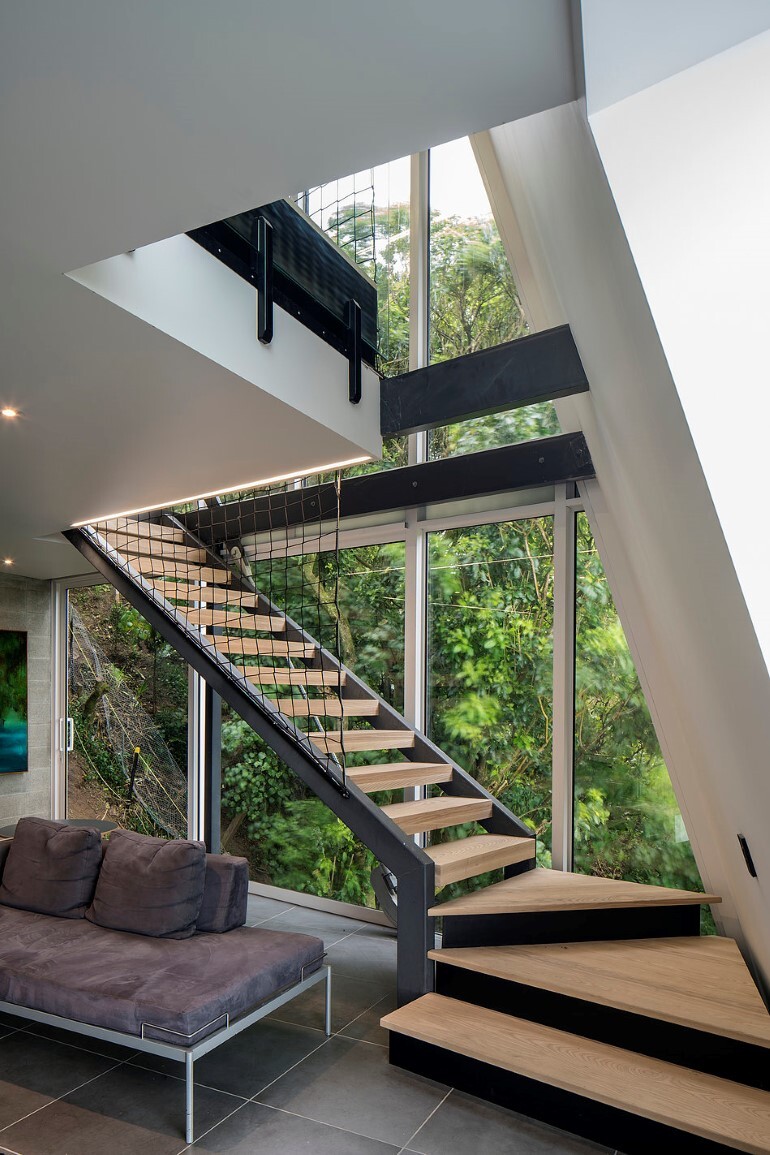 The translucent surface on the garage allows the building to express itself to the street where otherwise it would not, due to the majority of its mass located below street level. The north elevation also opens to a fully mature native Mahoe forest at the fringe of the site that can be experienced all the way from canopy to undergrowth depending on which level viewed from, where it is not uncommon to see kereru, tui and even noisy kaka. A muted black and white colour palette inside allows theses surrounds to stand out while not competing with the ever-present angles and interconnecting spaces the architecture imbues. 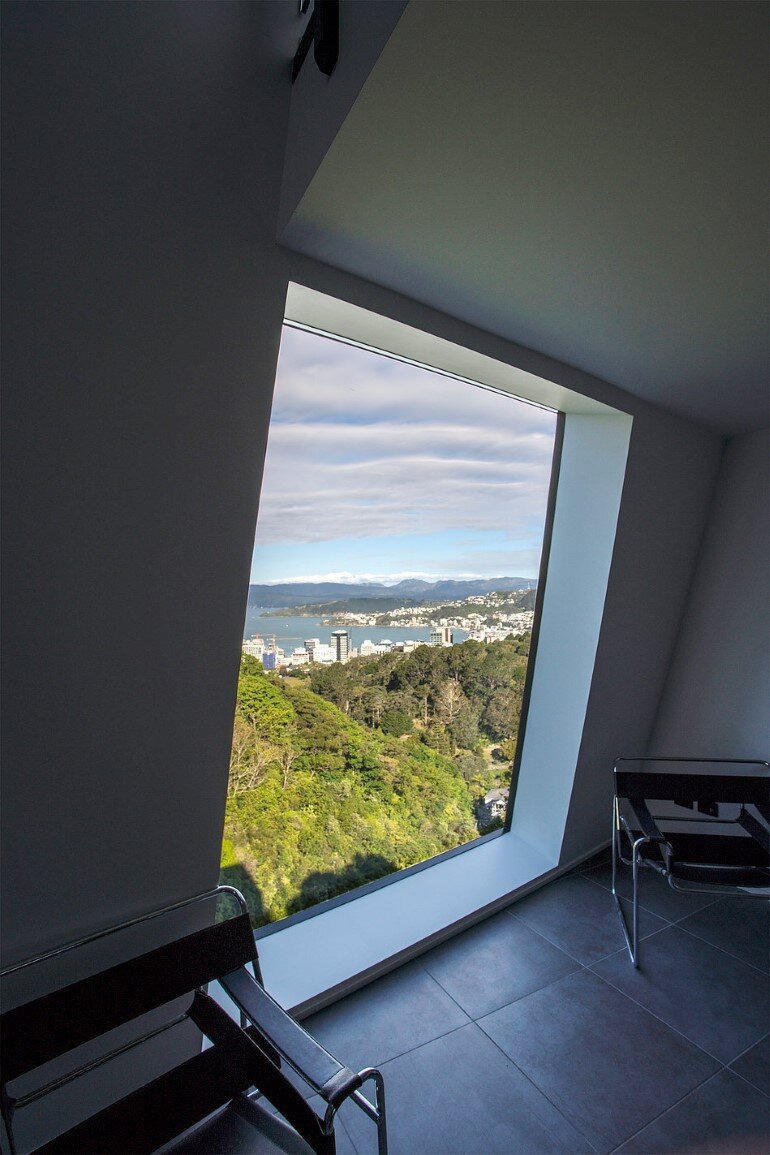 The 45 Degree House project creates an exciting, elegant yet functional architecture that works as a prototype solution for sites with extreme topography, and for this reason was included in the first season of Grand Designs New Zealand that aired on TV3 in late 2015. 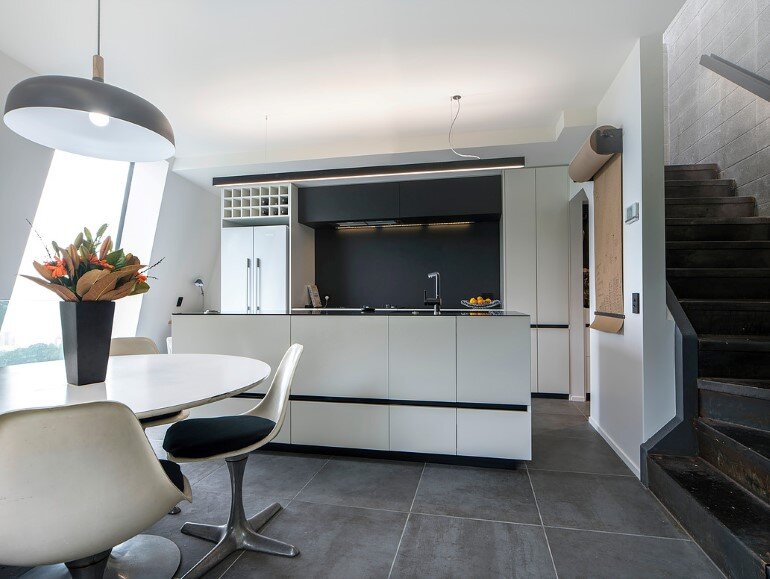 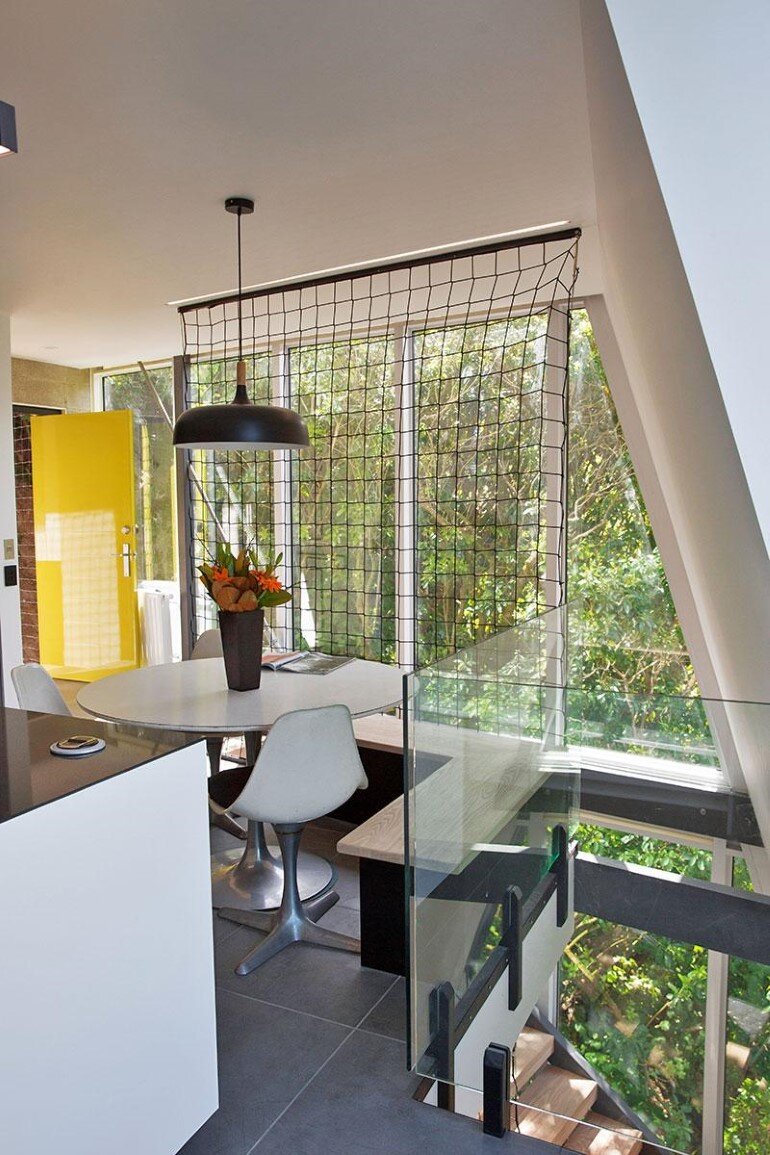 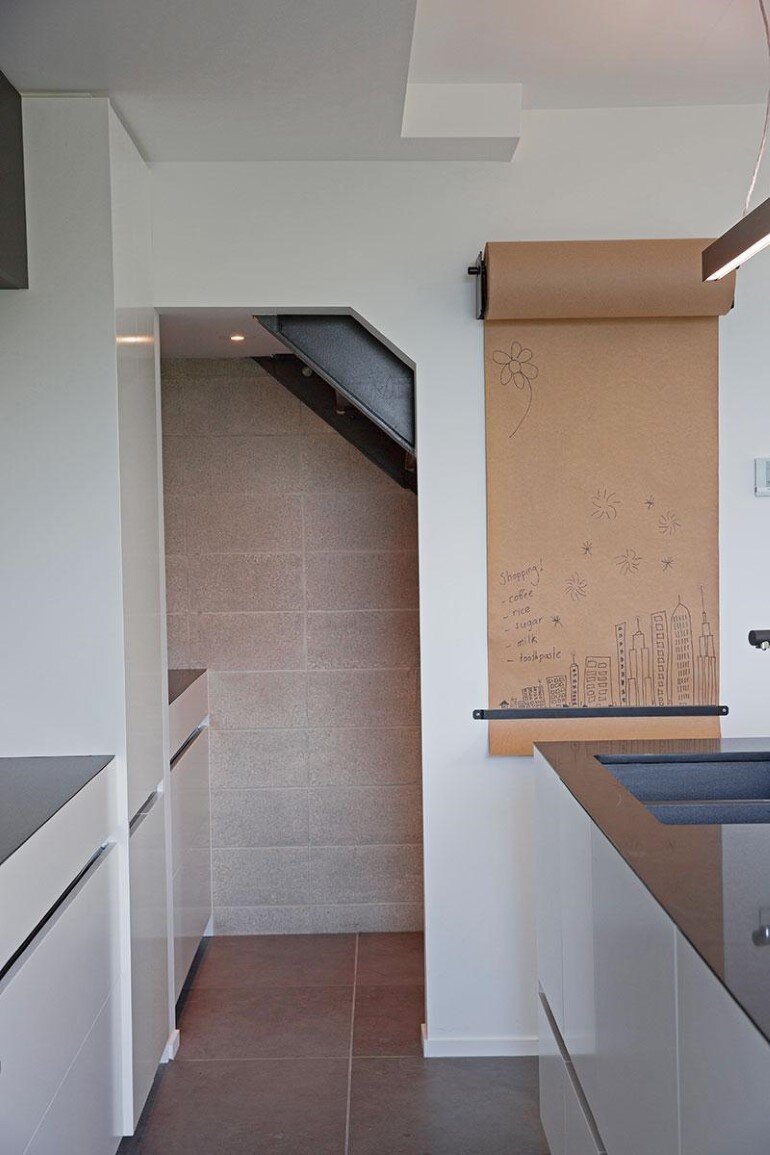 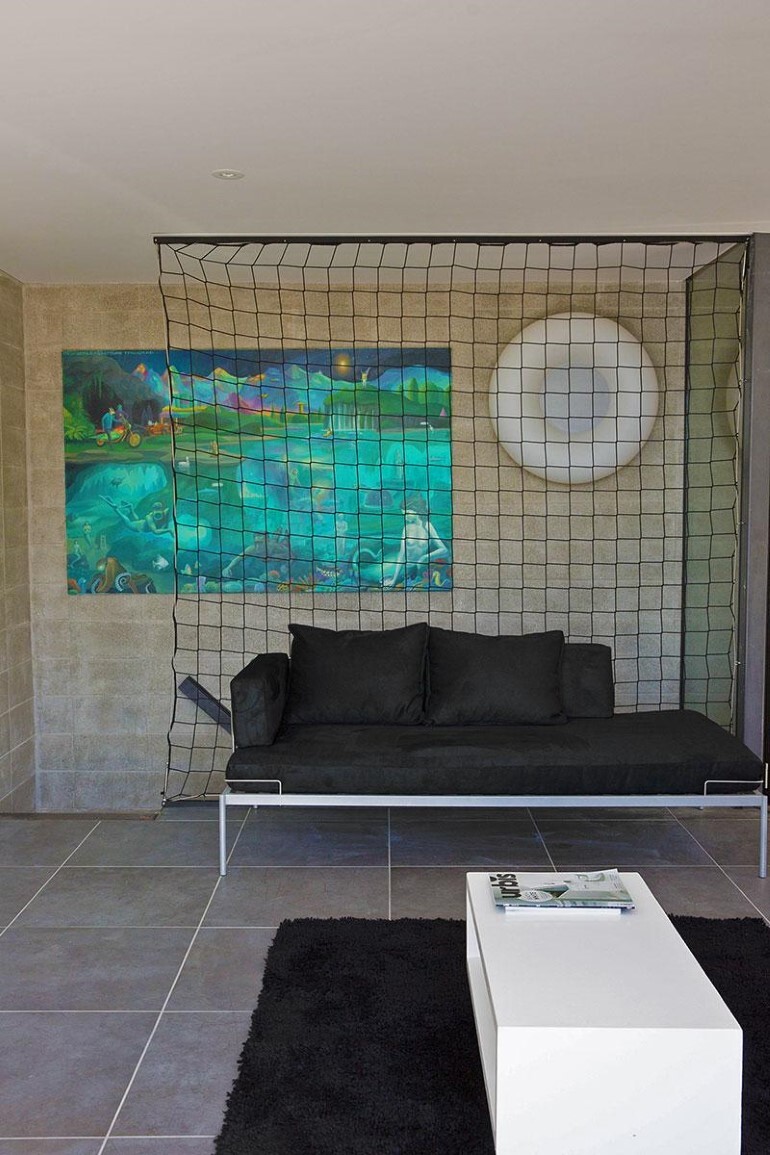 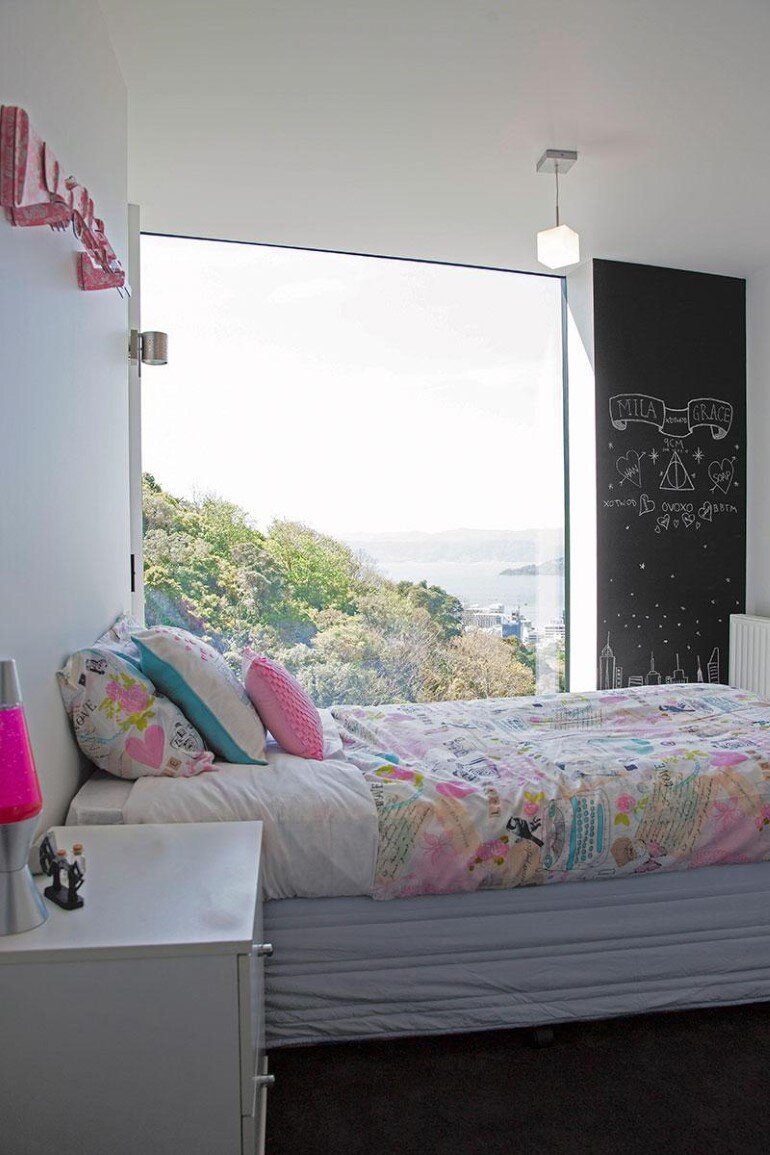 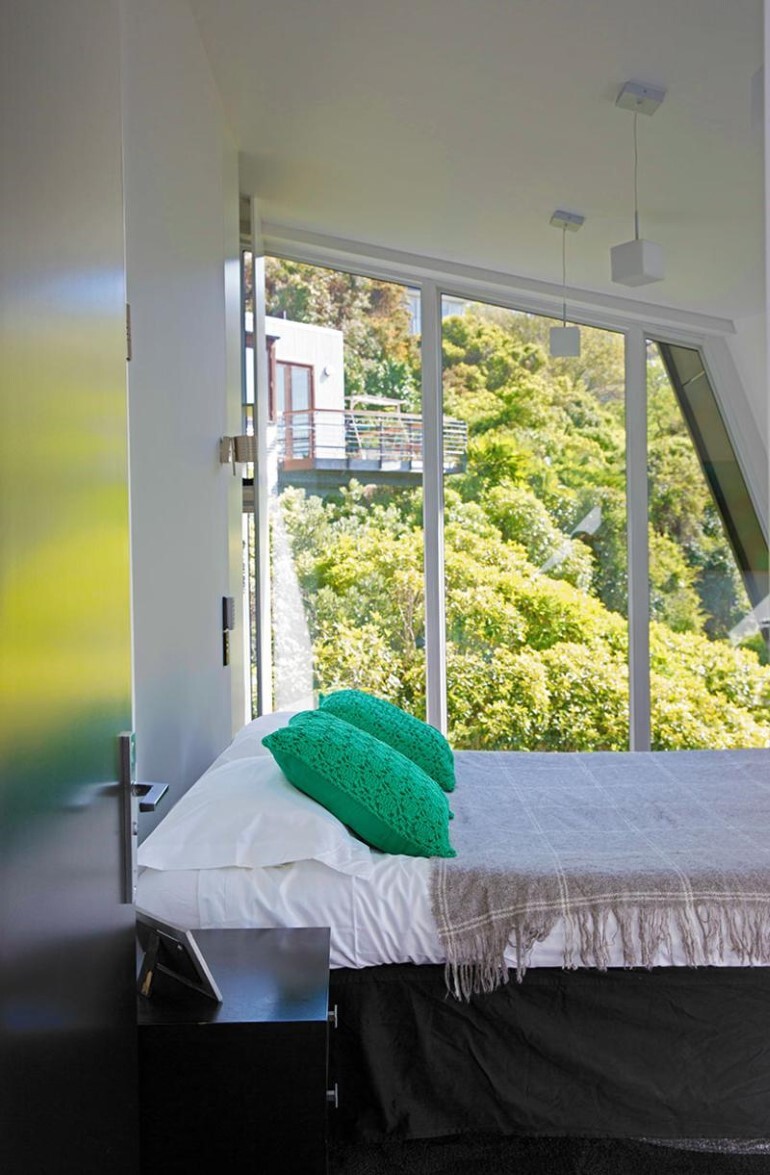 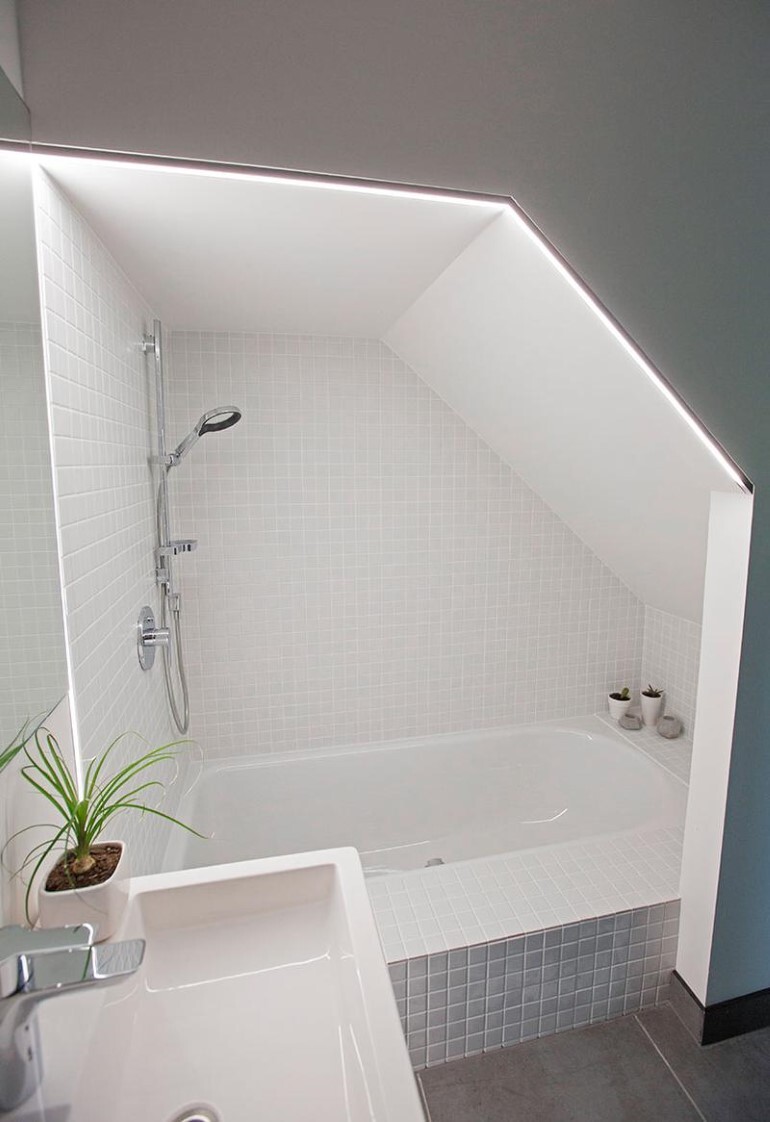 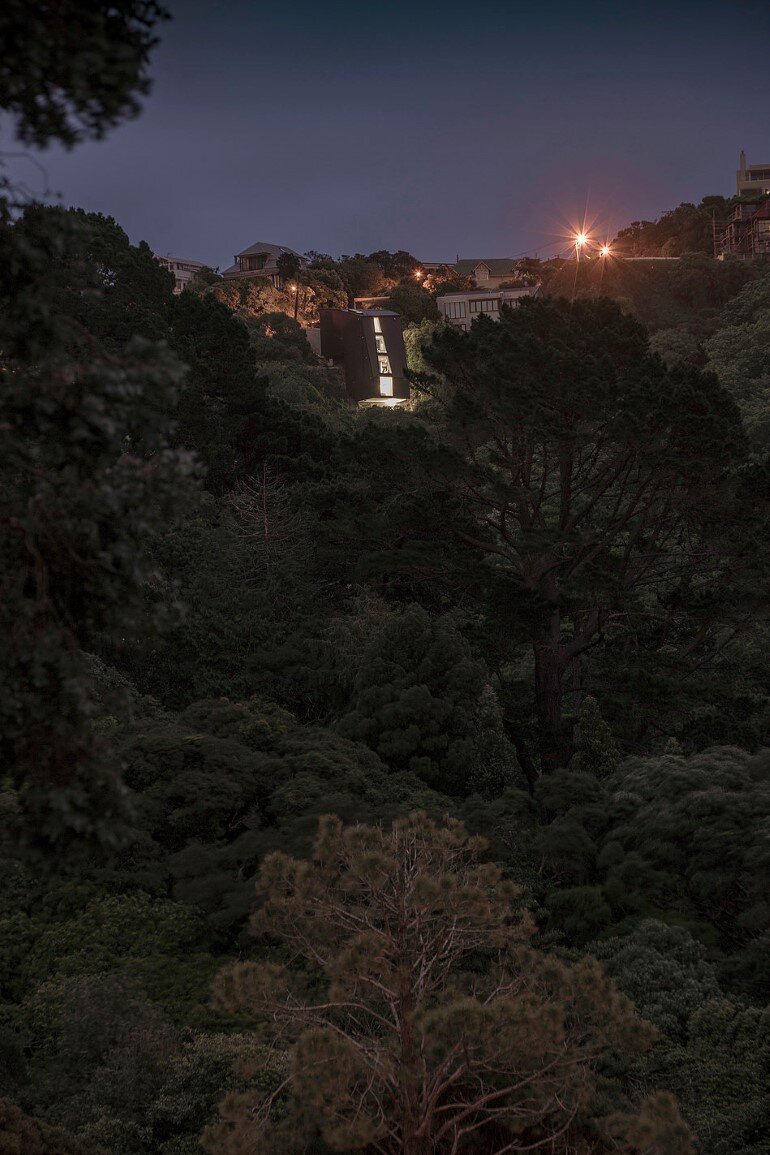