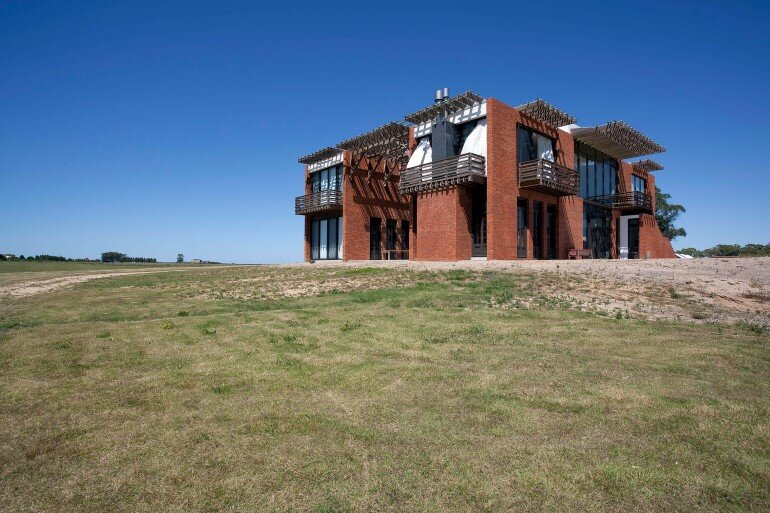 Description by Candida Tabet: We were confronted to a cultural-social equation: we, Brazilians, São Paulo based architects, got a commission from an American couple living in New York to design a holiday house in José Ignacio, Uruguay. 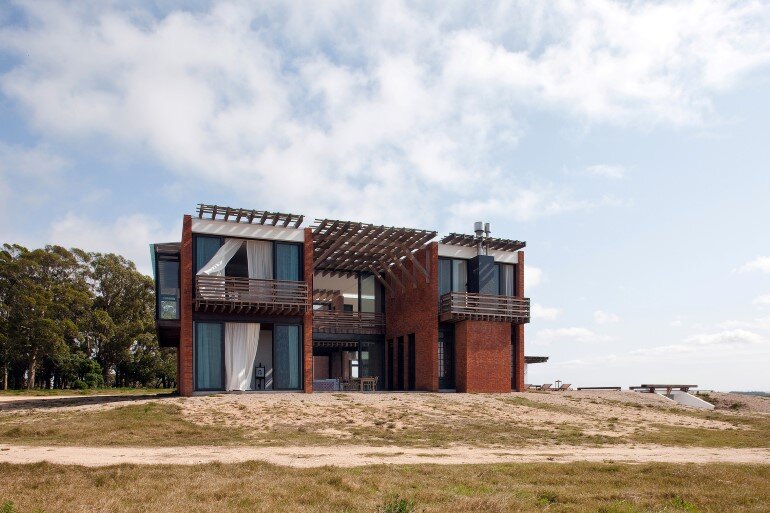 Starting point was to research the local constructions with the intention to capture common, regional traces. We found a strong contemporaneity, were unusual volumes slip into the landscape. We were delighted with the legacy of Eladio Dieste (an Uruguayan engineer by formation, architect honoris causa) and his mastering of brickwork, a material highly popular and widely used in the past. 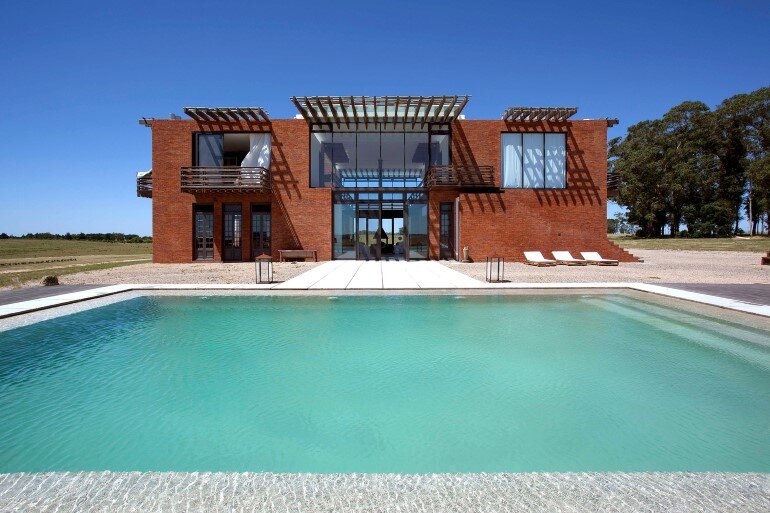 We also observed our clients, Anne, French-American, determined, enthusiastic, beautiful, great cook, attentive and caring mother of Julian and Max (14 and 15), and Bill, her husband. In our short encounters she expressed her interest in graphic motifs, which led us to splash outdoor spaces with pergolas that, with the movement of the sun, would draw over the large walls an ever-changing graphic design in the form of light and shadow. To the attentive mother who our client showed to be, observer of all movements, we provided a plan with minimum compartments, where the circulation through a walkway that runs along the house exposes their passers. 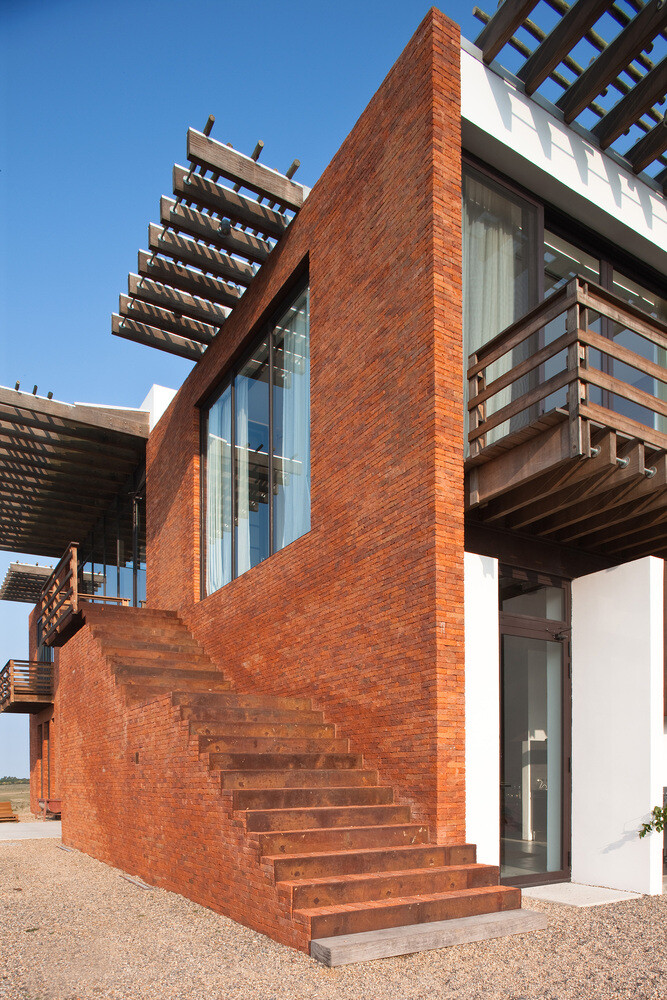 Metal inserts support this walkway, a large cantilever ring that surrounds and connects internally the central area, the living room, to the suites upstairs. The architecture transits individual structural solutions with varied materials. Brick volumes define the four main functional areas that result as a kitchen / dining room / suites. The enormous perpendicular volumes, designed towards the outside and with a single, very high coverage, define the living areas. The rooms and balconies are linked by two axes, transverse and longitudinal. The kitchen is huge, a playground for her owner, and probably future treat for the family´s guests. 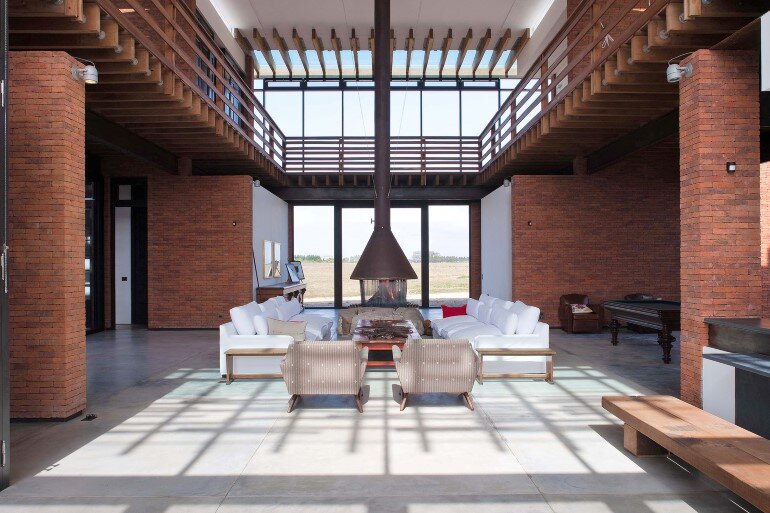 In the decision of the primary cladding, we chose to honor Eladio Dieste and dressed up the house with bricks, which accumulated in a large cube resulted antagonistic, a monolithic mosaic, homogenized by the monumental scale of the walls. 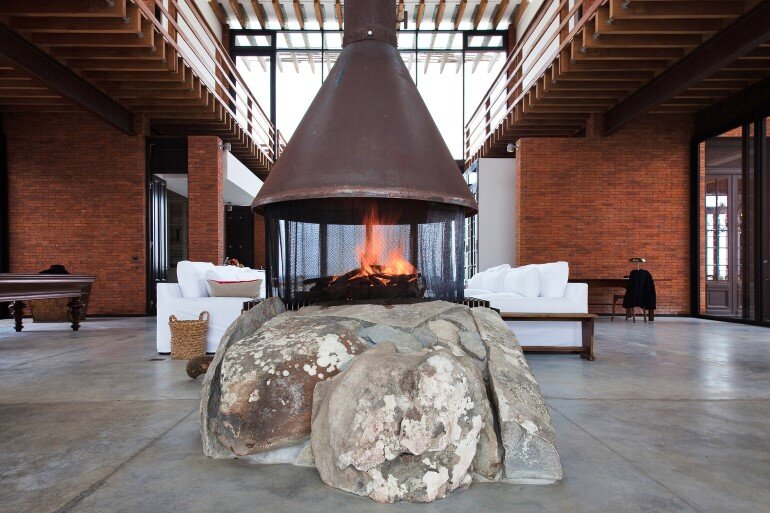 The wooden pergolas and terraces that shape the facades explore the cantilevered solutions, except the large span of the west façade, defined by consoles, a more primitive technique. 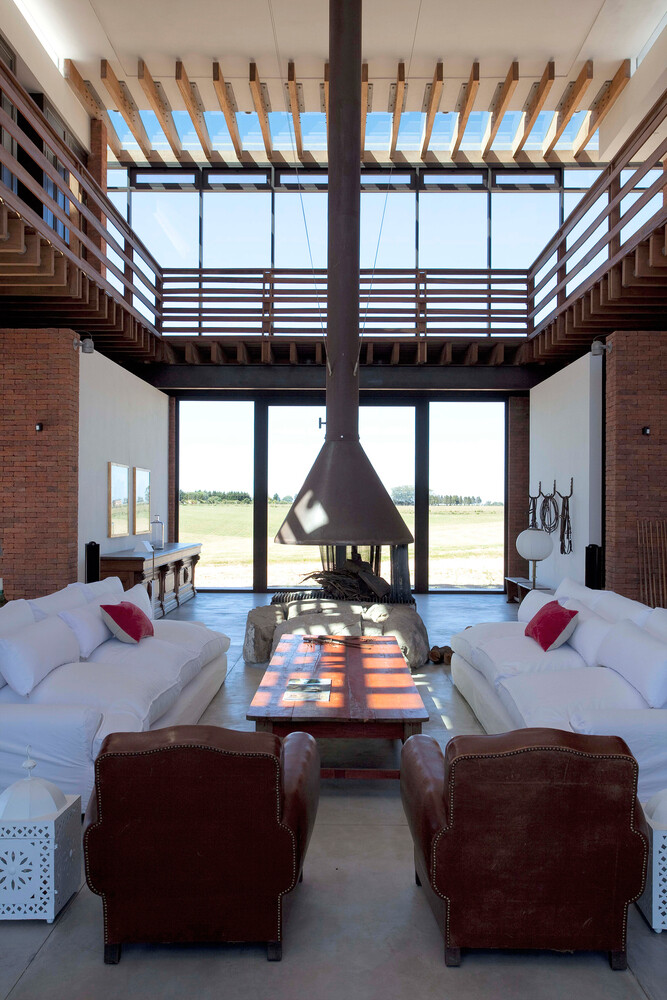 The encounter of sky and prairie, blue against green, is seen through wide and tall openings directed to the outside, framing within this large voids the typical landscape of the Pampas. 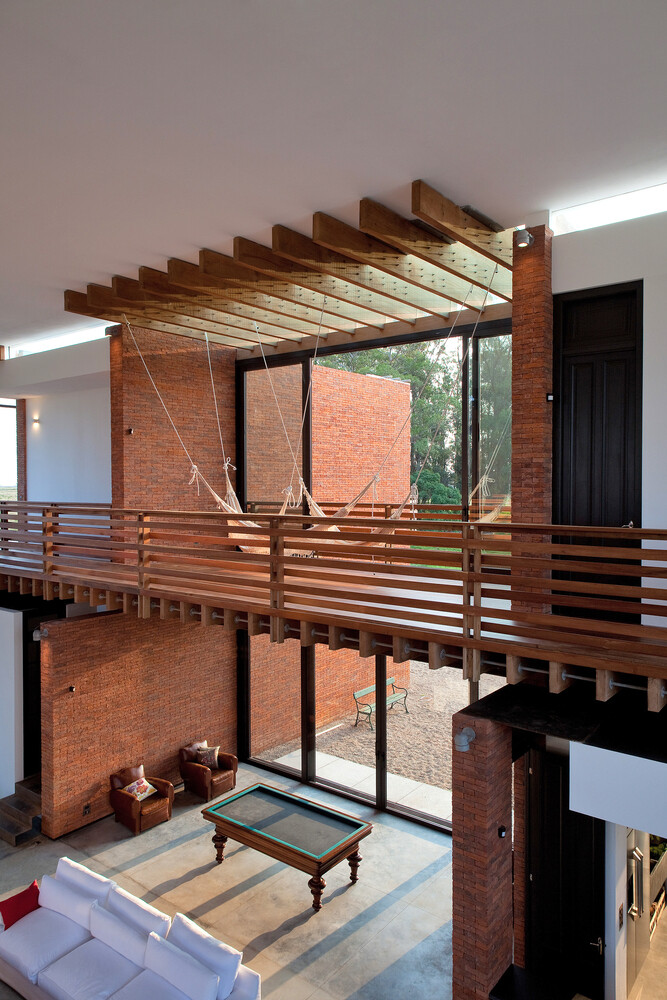 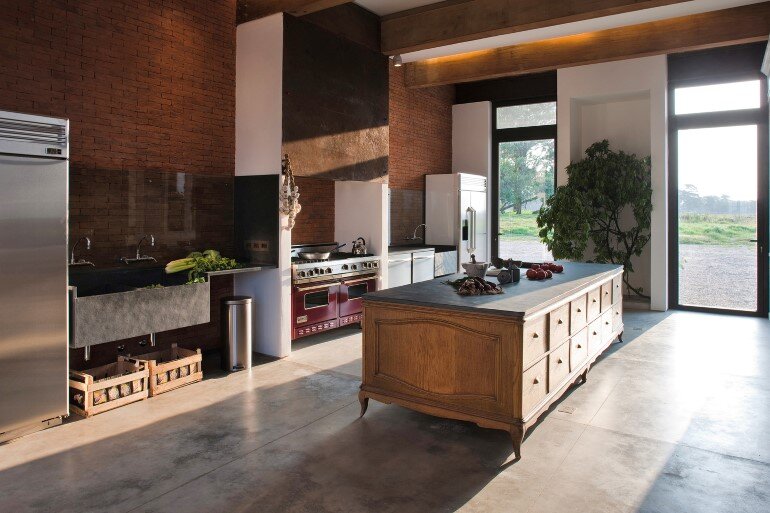 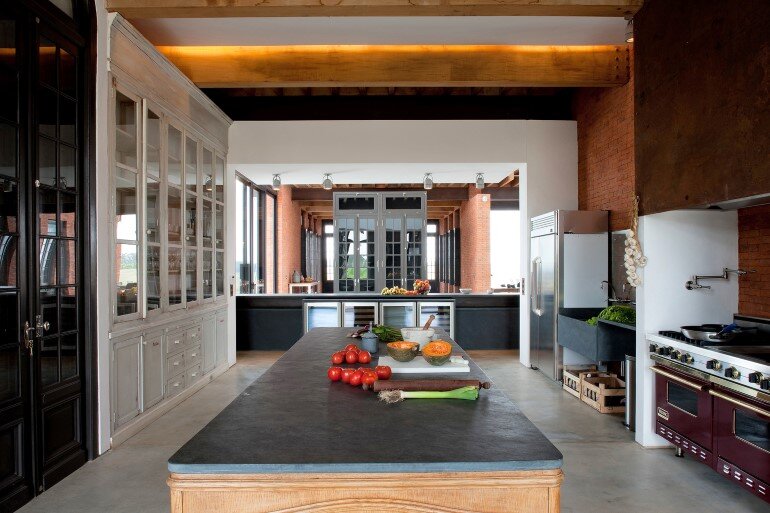 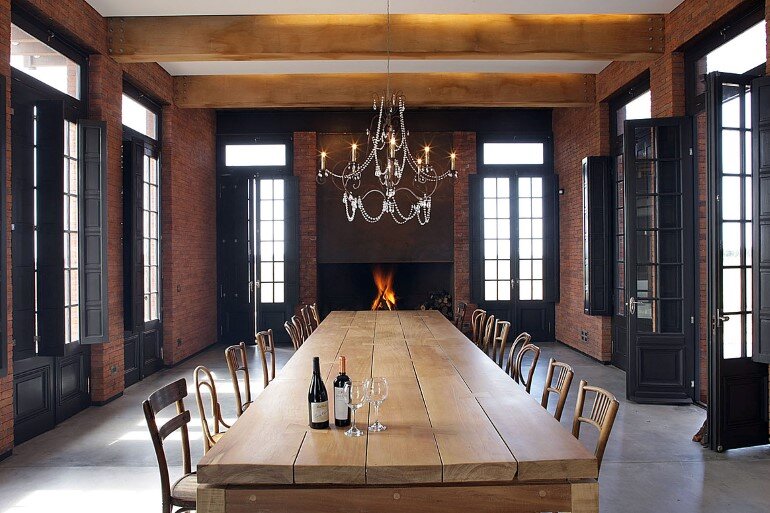 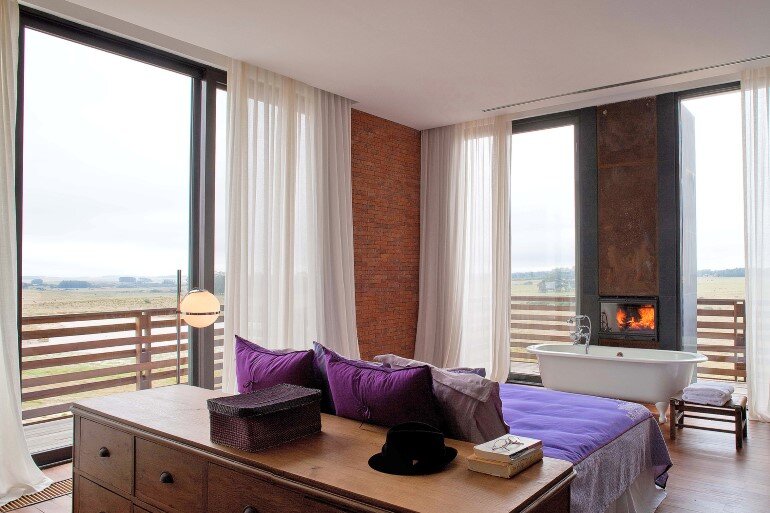 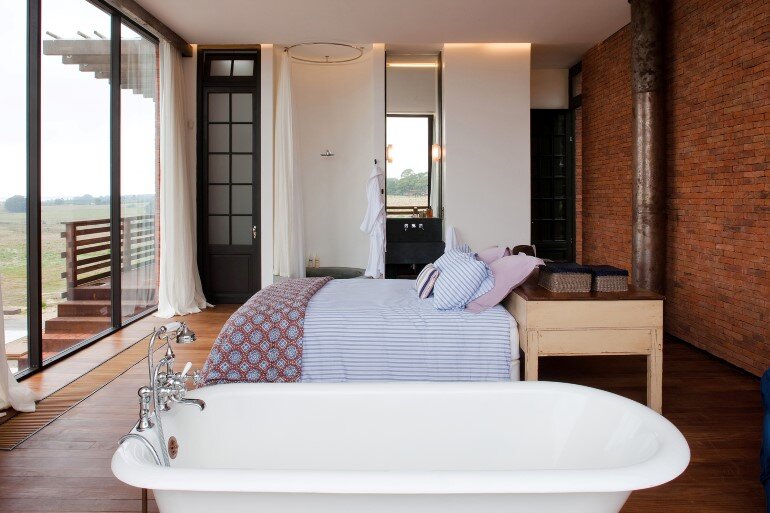 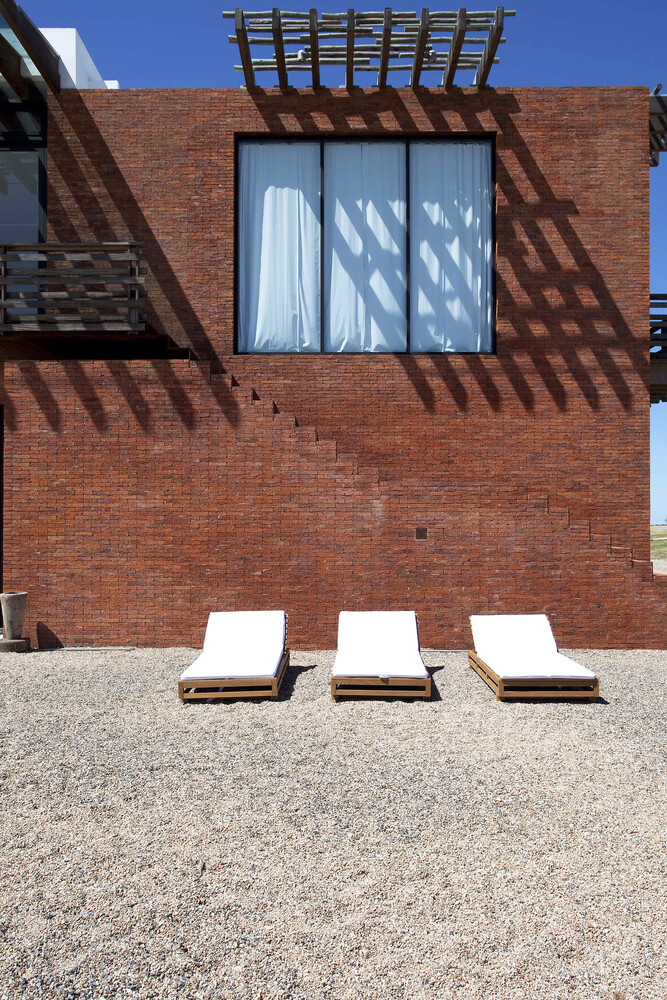 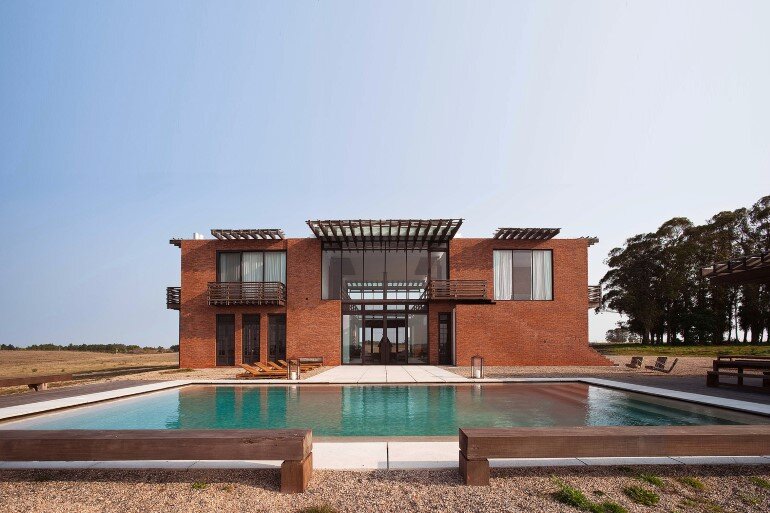 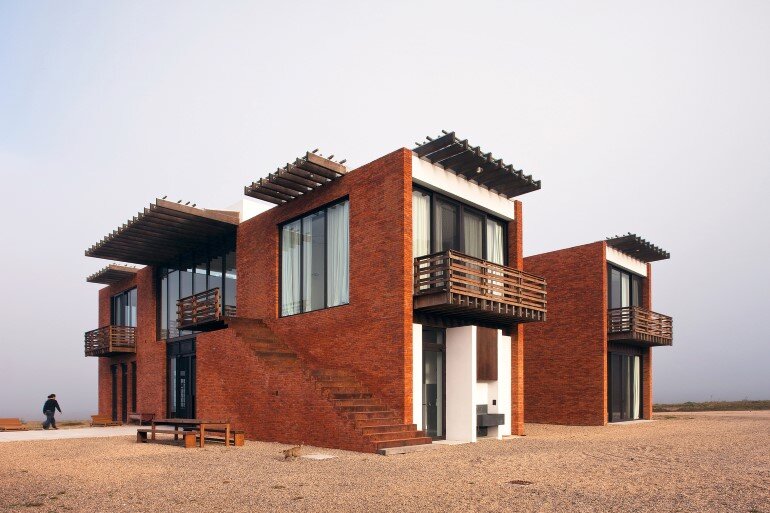