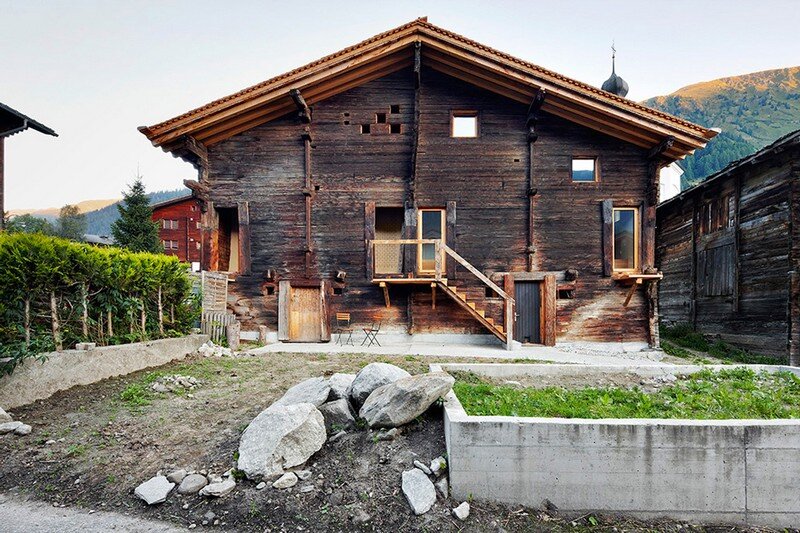 The 100-year-old ” Casa C ” is located in the center of Reckingen, facing the church. Reckingen is a typical settlement in this mountain valley. Camponovo Architekten Baumgartner have converted this old farm building into a holiday home.

Description by Camponovo Architekten Baumgartner: Houses and barns are divided in separate units. The small-scaled barns form a landscape of close-standing, dark wooden buildings with narrow alleys in between. There are only few stone buildings, among them, the white plastered baroque church. The churches scale is enormous, compared to the wooden barns. 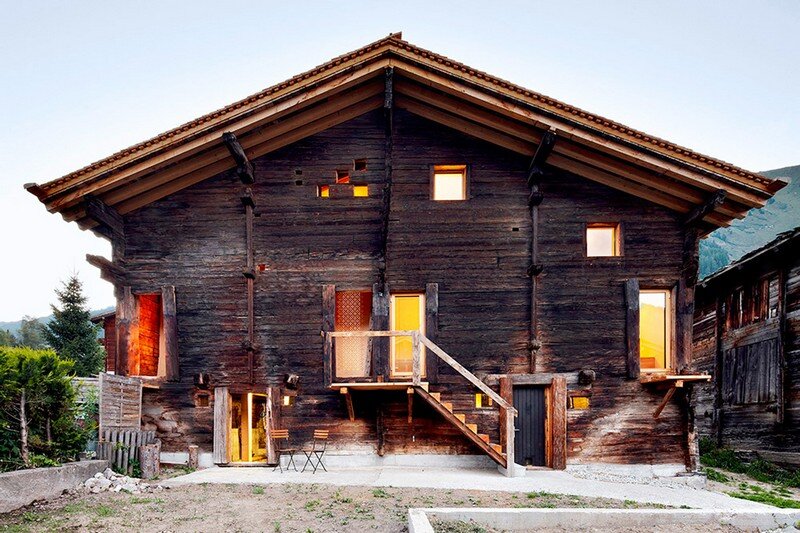 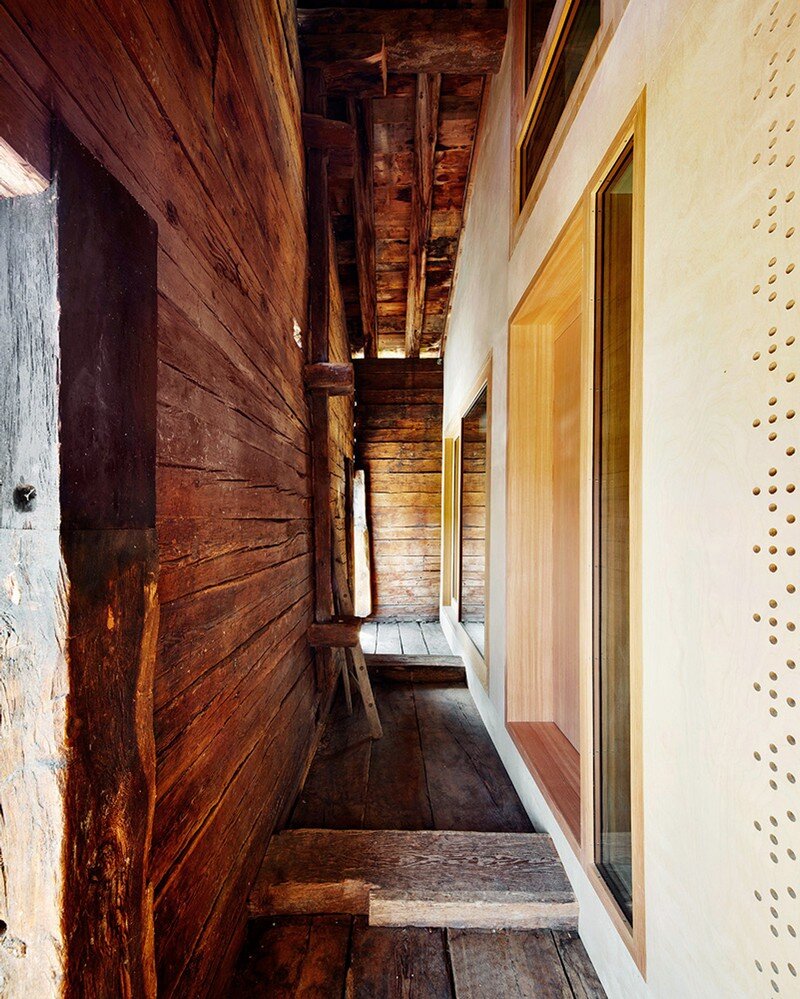 Due to new animal protection laws, the owner had to permanently close the barn. Tearing down the barn to build a new construction was not possible because it is part of the historic village center and a protected monument. Therefore, the task was to convert the barn without destroying its outer facade. 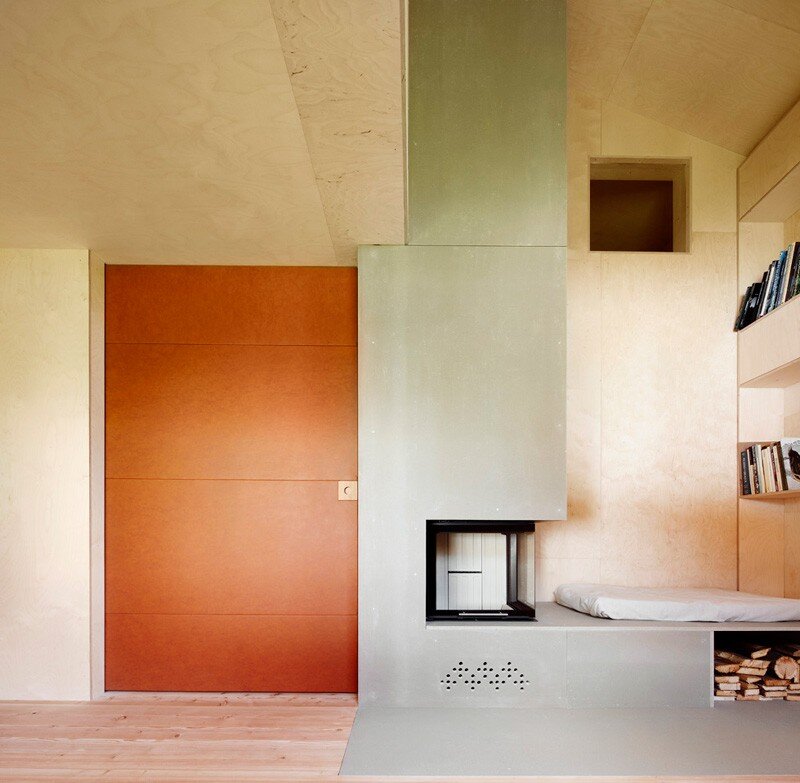 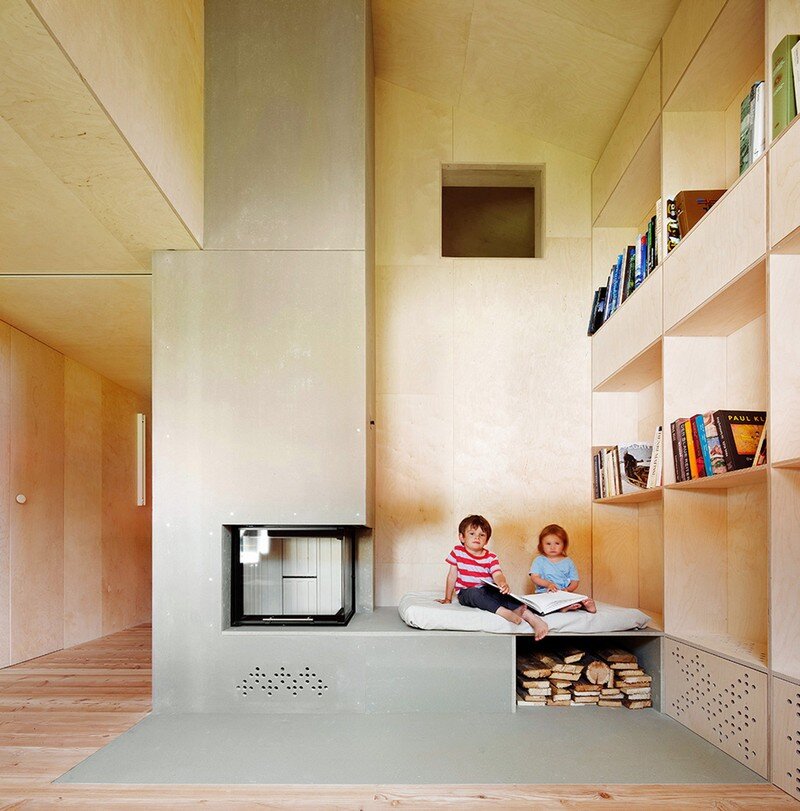 The new weekend house was conceived as a building inside the hay lofts. The inner facade is twice detaches from its outer shell. Thus, two non-heated alcoves are developed, one in each hay loft, exposing the original height and wood-structure of the space. 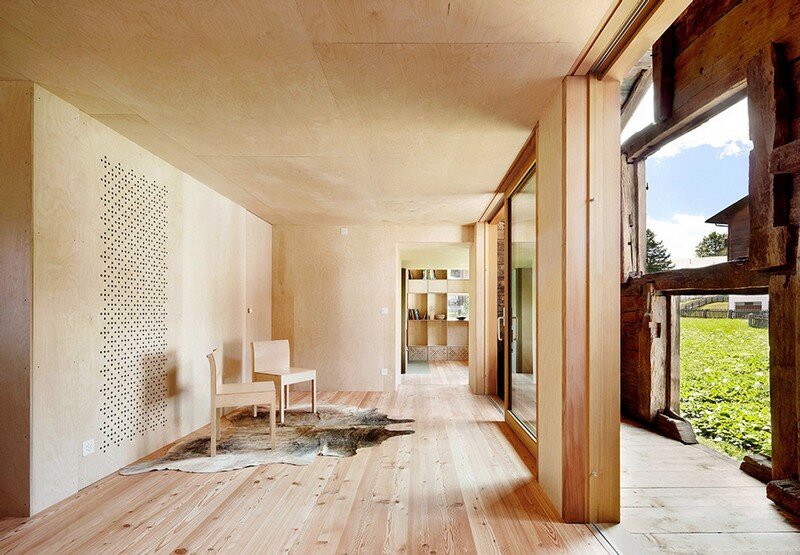 One of them serves as an entrance space, the other is in front of the living room and can be used as a Loggia. The inner facades were generously glazed to visually enlarge the living room to the exterior facades and to create a connection between the old and the new elements. 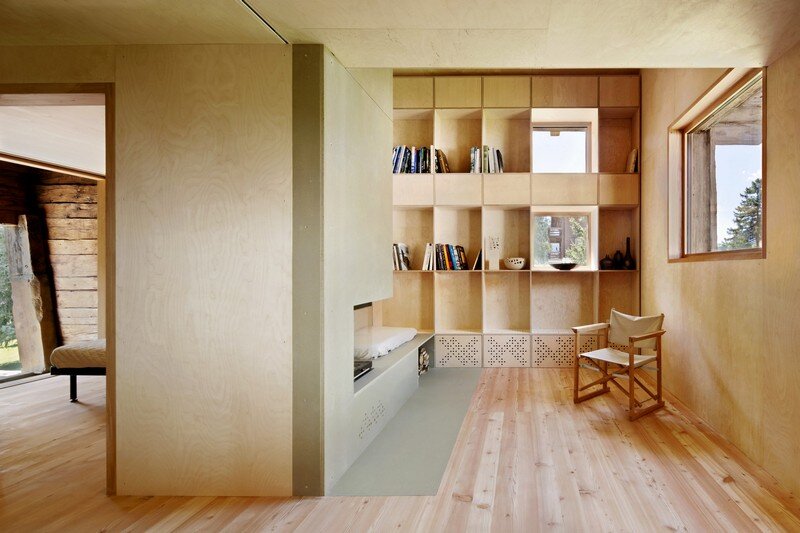 The open stairs, in former times used to bring the hay from above to the barn below, serves today as the entrance stair for the house. 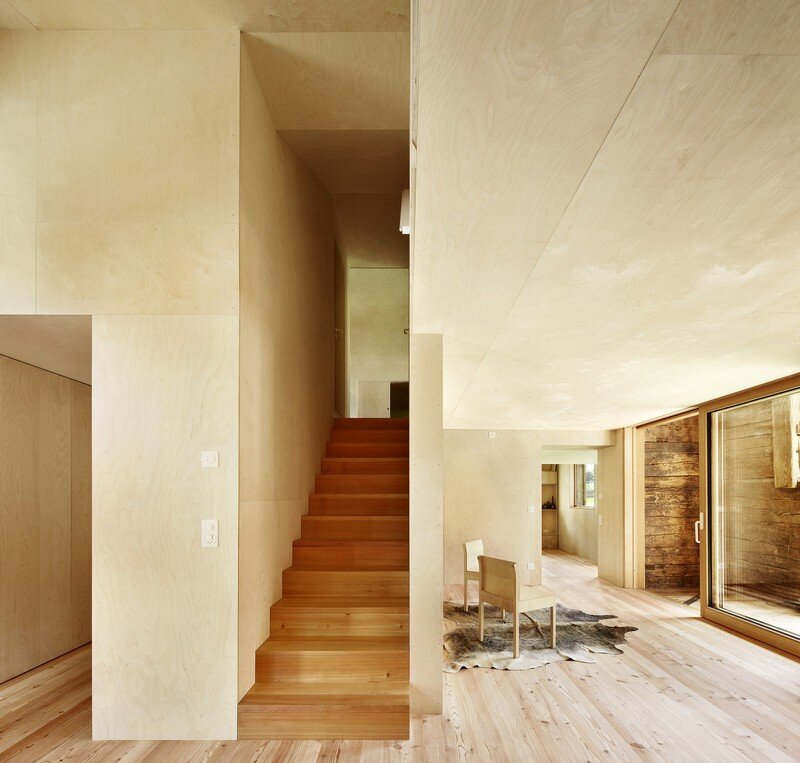 The holiday unit consists of a undulating living space and small kept private rooms. The historic wall, in the middle of the house, is twice removed. A spiral path rises through rooms with different size, hight and orientation and connects the two floors. This area offers great views of the mountains. The sleeping rooms are joined as niches to the living space. Finally, the doors and the cupboards are integrated into the walls. 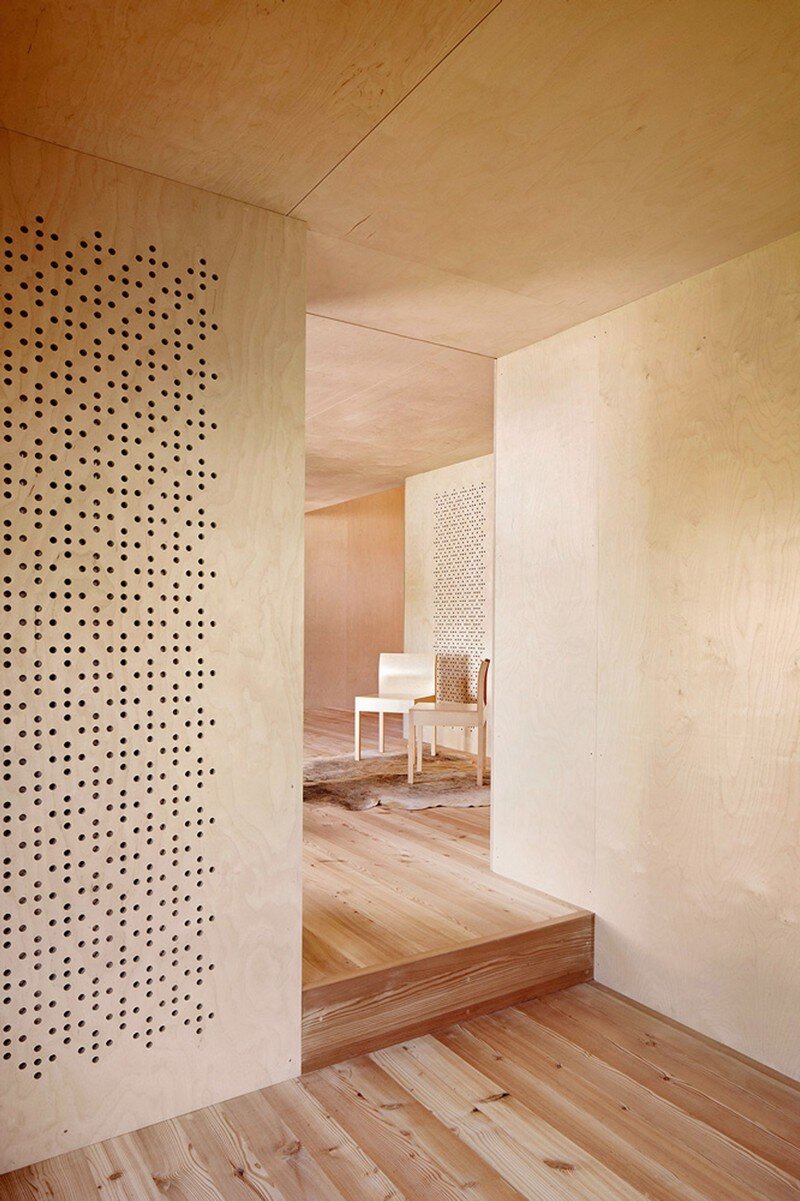 The construction consists entirely of wood. The floor is made of native larch, the walls and ceilings are made of a high quality birch inlay, which contrasts the dark old wood oft he “log house“ facade. The roof is newly covered with larch shingles. All the surfaces are untreated and exposed to natural deterioration. 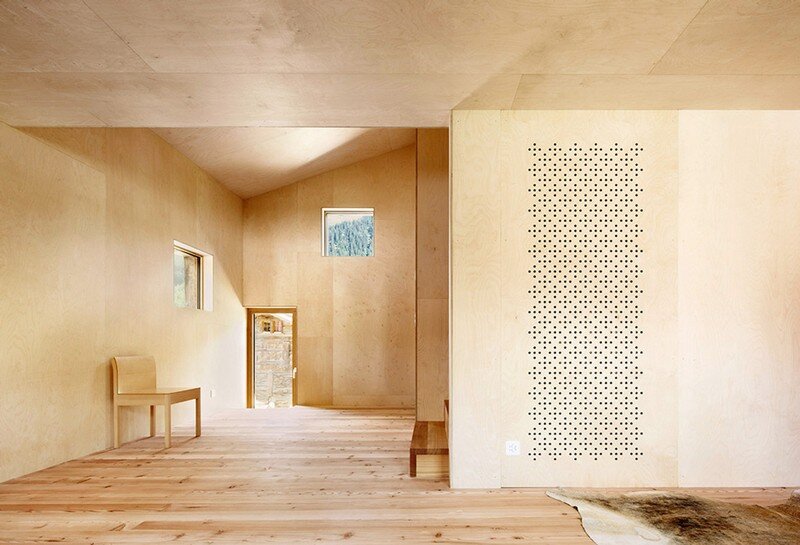 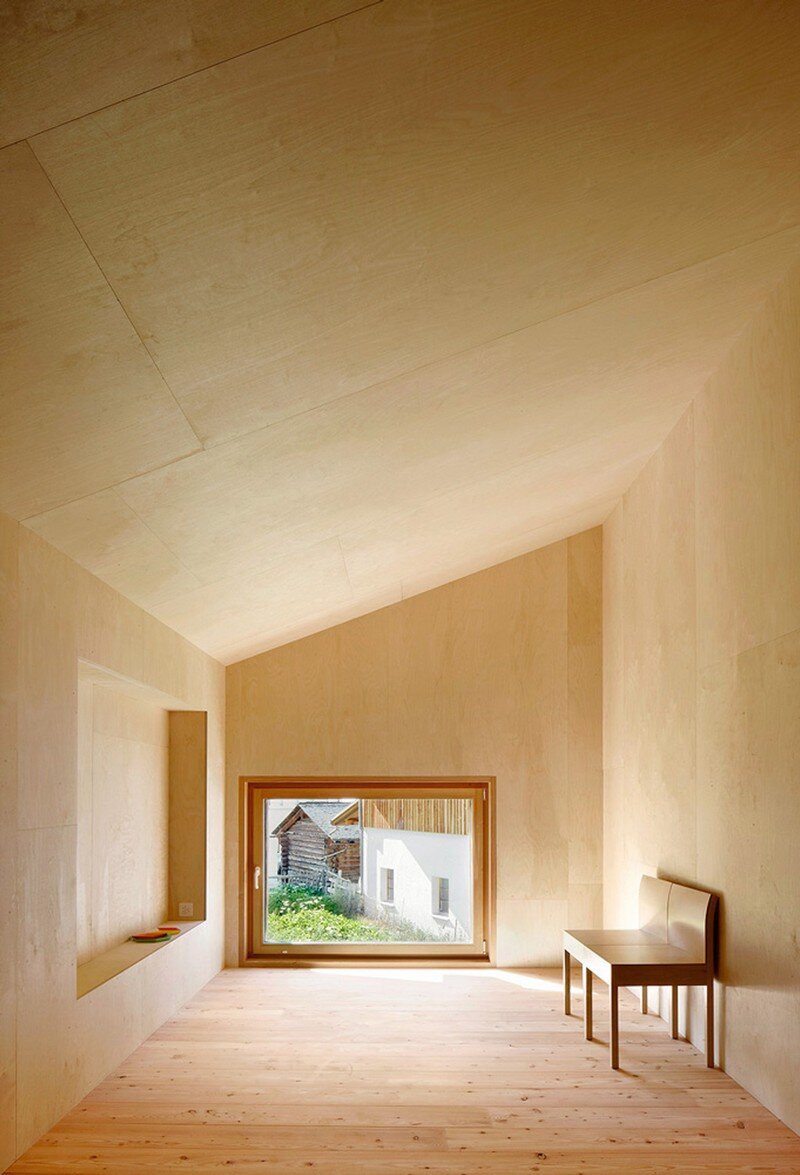 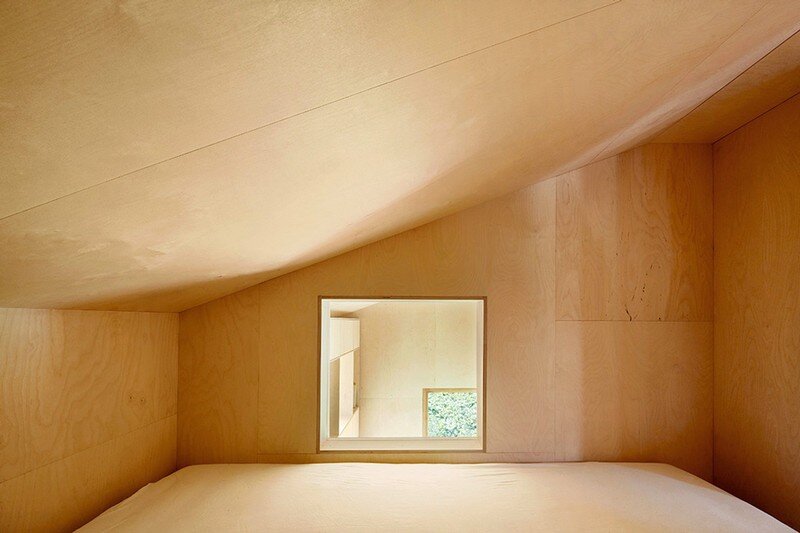 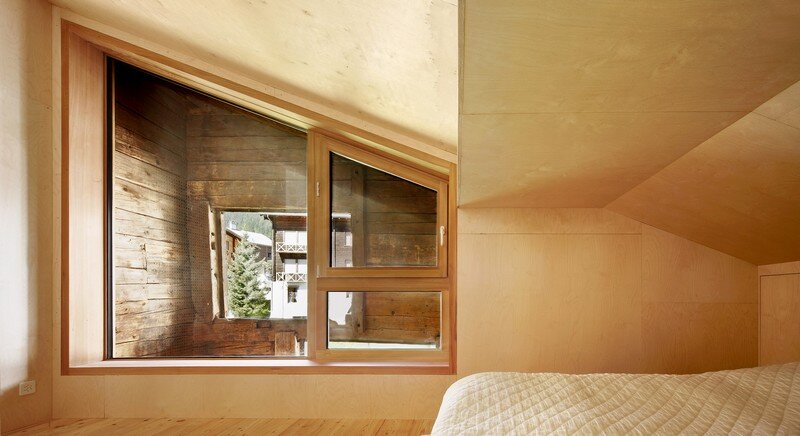 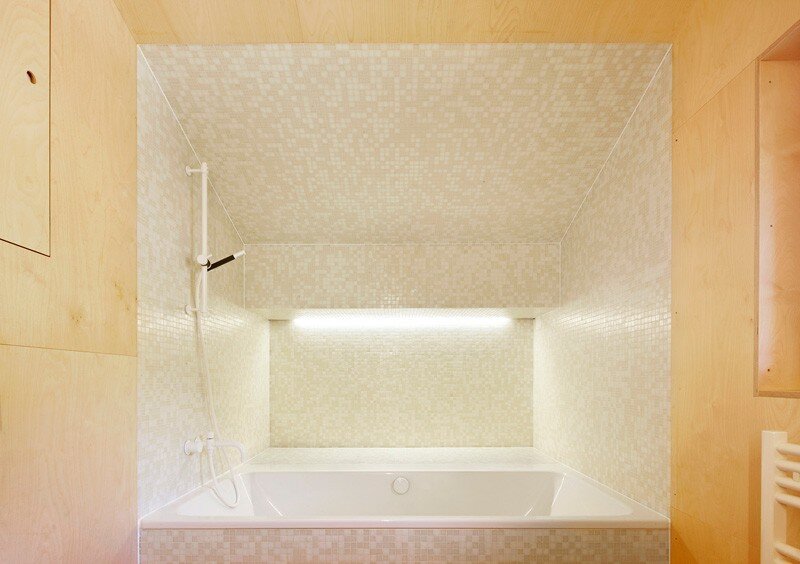 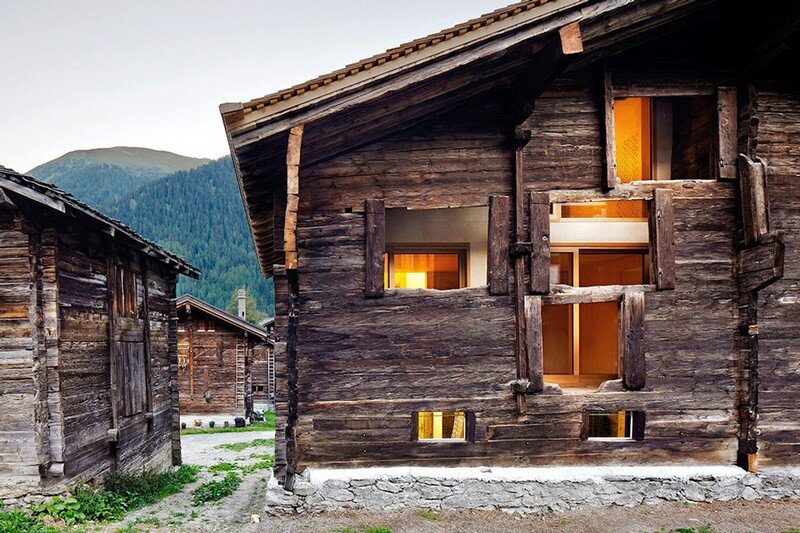 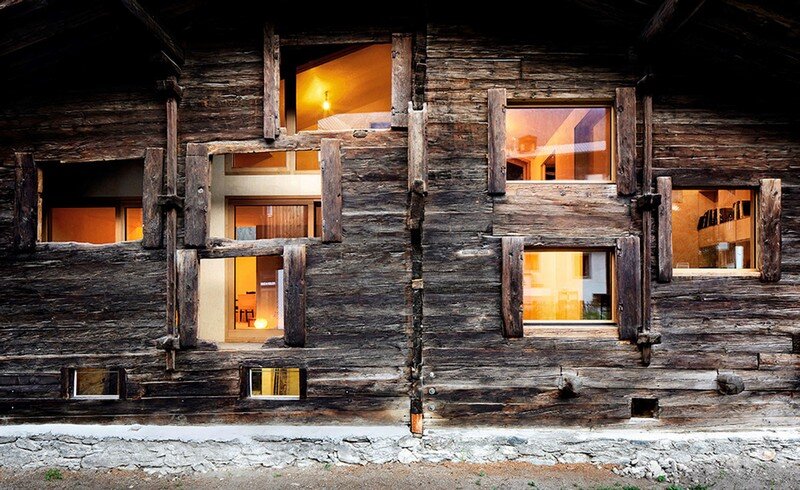 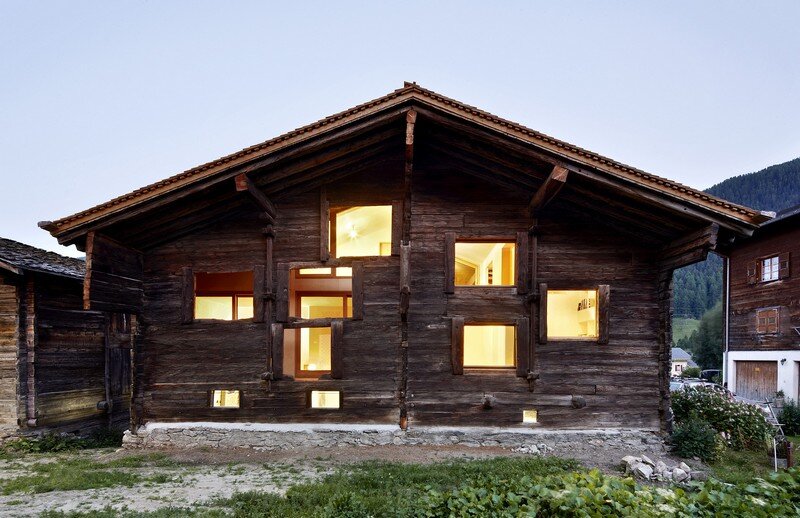