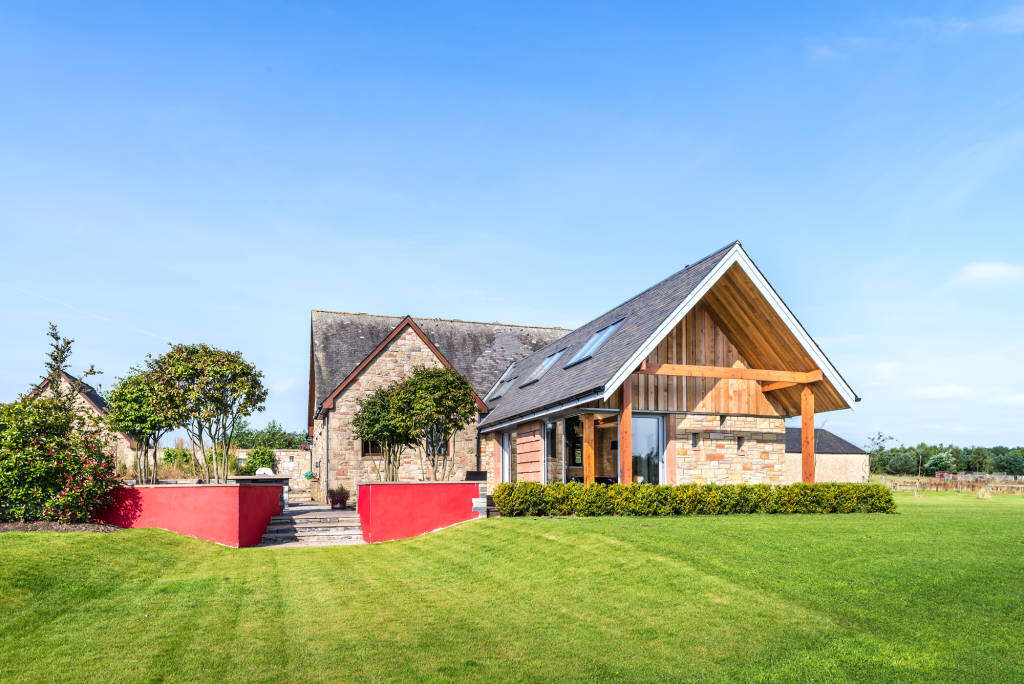 This project is for a 60 square metre high quality garden room extension to the rear of a twelve year old property in East Whitburn, West Lothian. Graphite Studio also remodelled three of the existing bedrooms and a living room in the rest of the property. 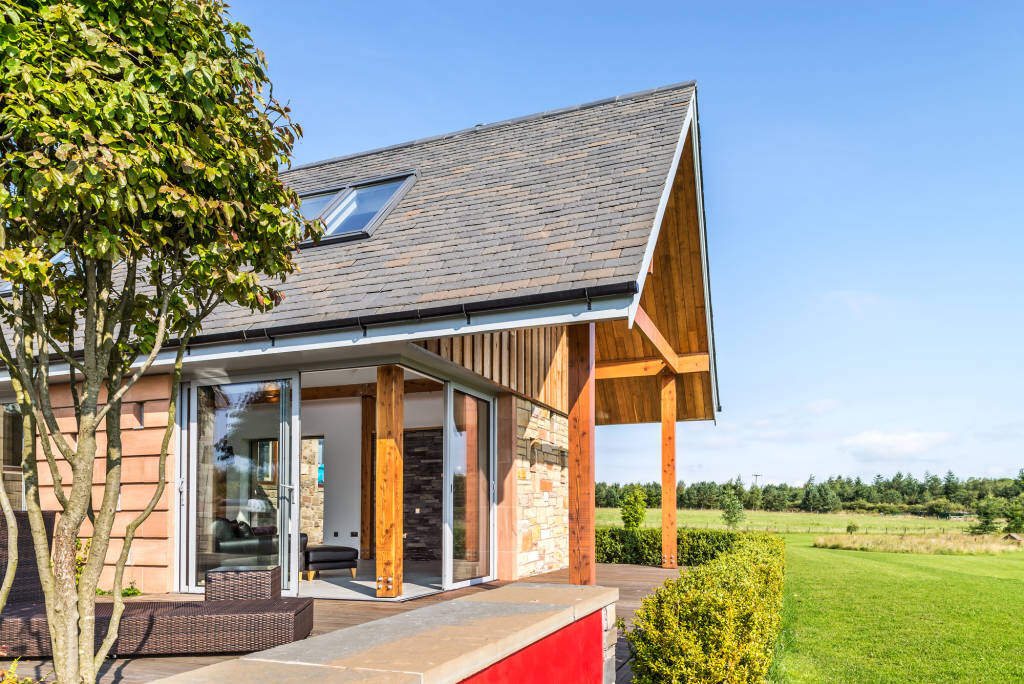 The tall garden room is a single space open up to the apex of the roof. It has a direct relationship with the very large south-facing back garden and high quality landscaping beside the extension. Sliding doors with flush thresholds provide direct access onto the hardwood decked area which has a barbecue area, hot tub and fire pit. The doors on the corner slide open to expose the load-bearing timber post. 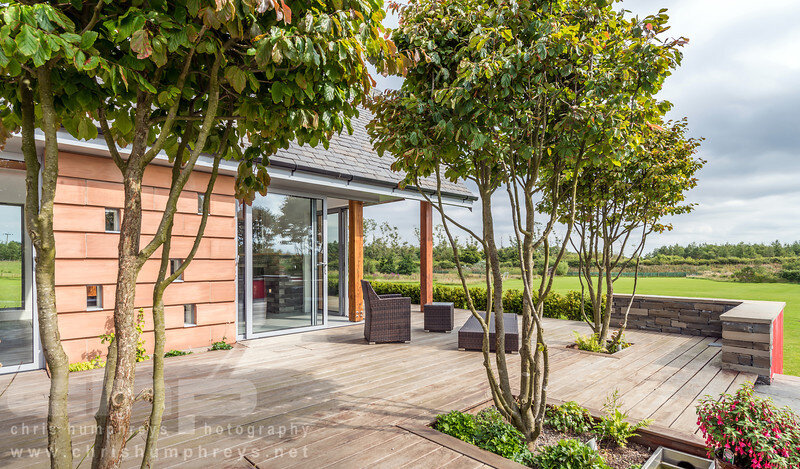 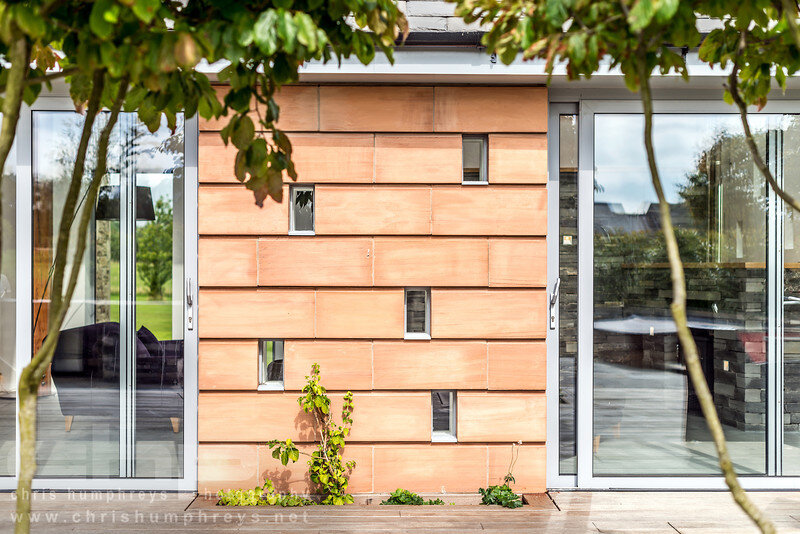 As the douglas fir frame dries out, gradually splits and shakes appear in the timber, which are natural and do not reduce the structural strength. Dimmable Talo wall lights by Artemide were fixed to the douglas fir beams and colour changing LEDs were concealed in linear pockets behind the beams. 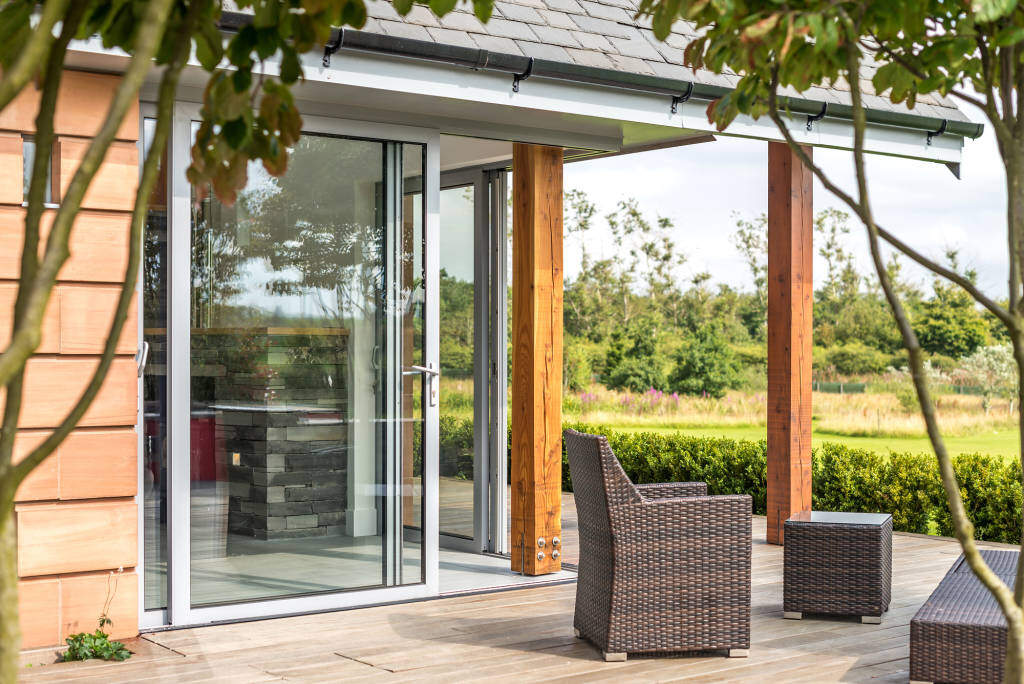 Internally the flooring is maple at a higher level beside the existing living and dining rooms with three steps down to the main part of the garden room, which is floored in pietra serena grey limestone (the same flooring is used in Apple stores throughout Europe). Motorised sliding frameless glass doors with motion sensor opening mechanisms provide access between the existing property and the extension.

The Garden Room Extension has a Lutron system controlled by an iPad, which interlinks 6 mood lighting circuits and the audio and TV system. Audio speakers are flush mounted in the ceiling of the extension. 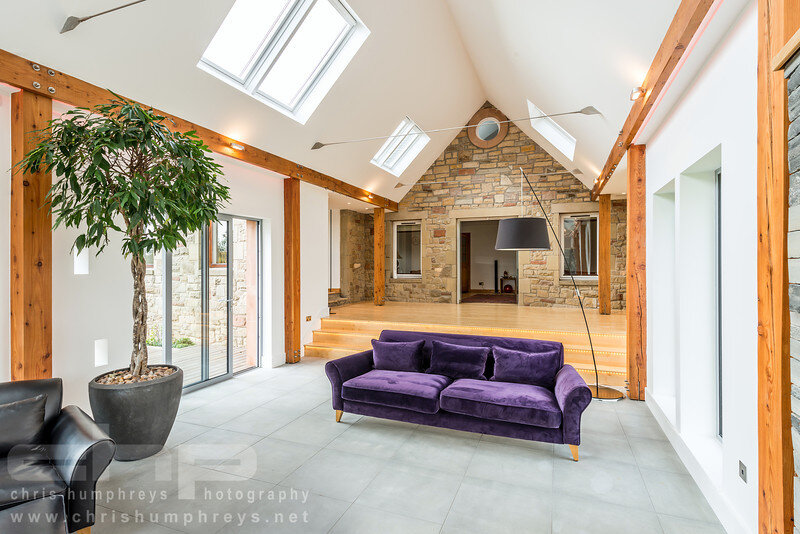 A solid fuel burning stove is set into an angled Caithness stone-clad wall, and the same stone returns along part of the side wall internally, with small square light fittings set flush with the stone. A television on a motorised cradle rises up out of the area behind the stove at the touch of a button on a remote control. 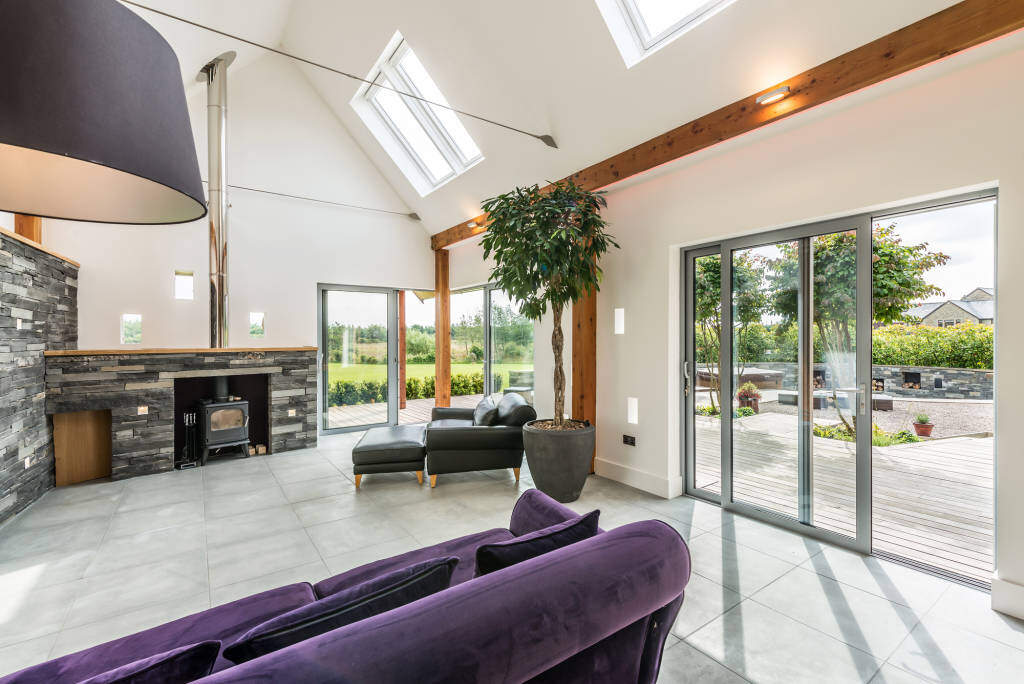 An existing dormer window to the first floor bathroom was removed, as the roof of the extension was high enough to built in front of the space previously occupied by the dormer. A small circular internal window was added at high level to provide an unusual view from the bathroom into the garden room below. 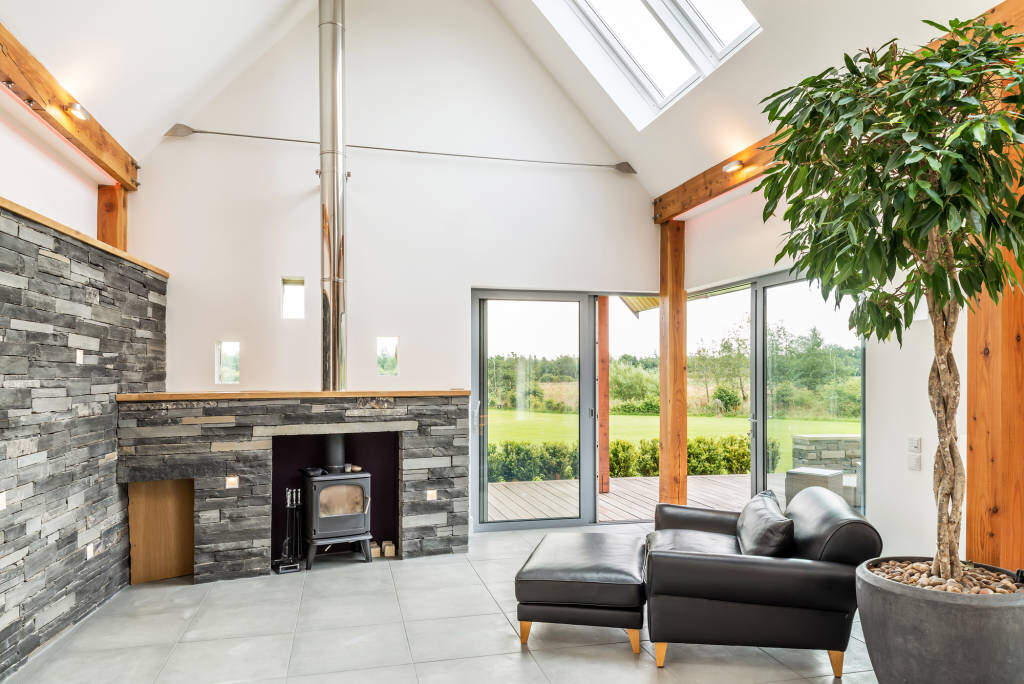 The project also involved installing energy efficient measures including a biomass boiler (which burns wood pellets), evacuated tube solar panels for water heating and a large photovoltaic installation which generates electricity for sale back to the grid. 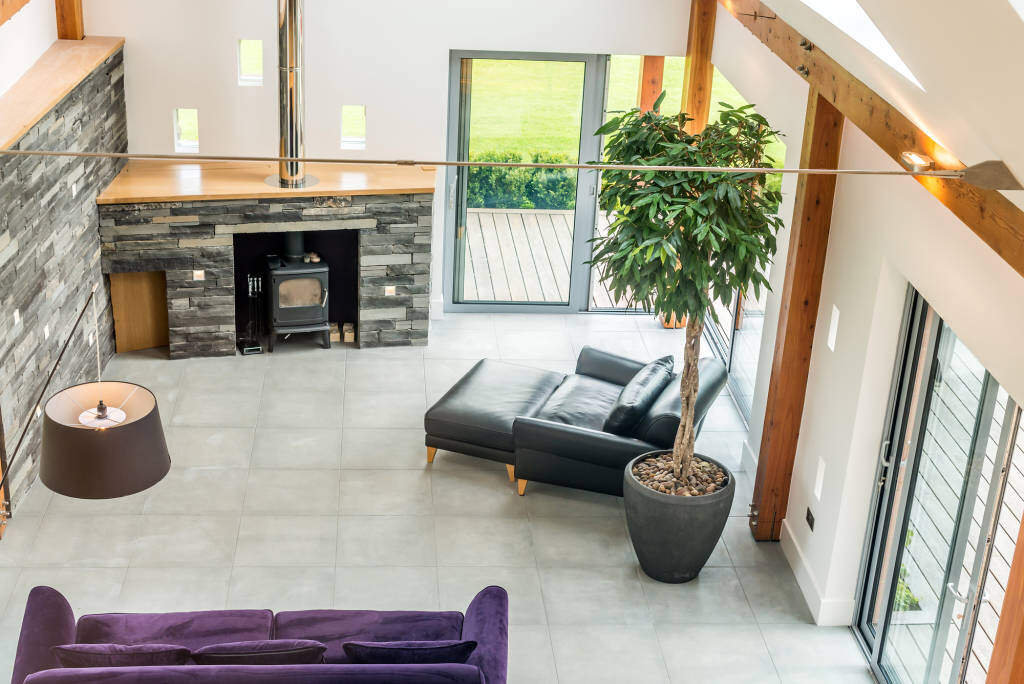 Two bedrooms were refurbished for teenagers, one of which included a light wall with colour changing LED lighting strips concealed behind triple wall opal polycarbonate sheeting. 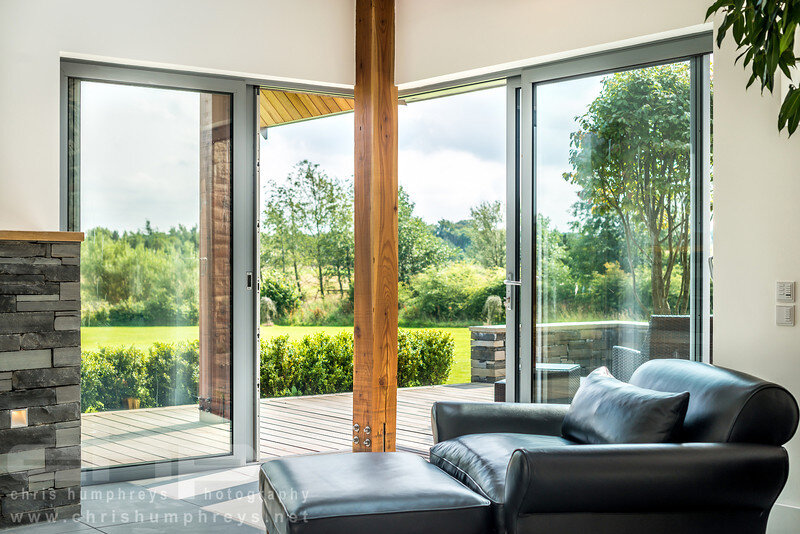 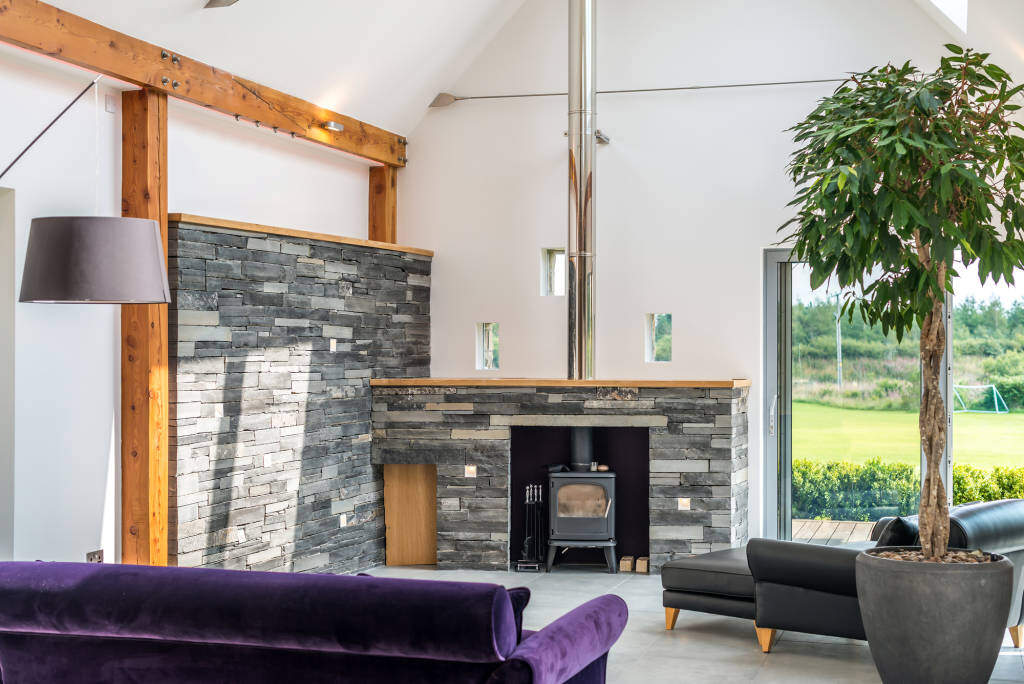 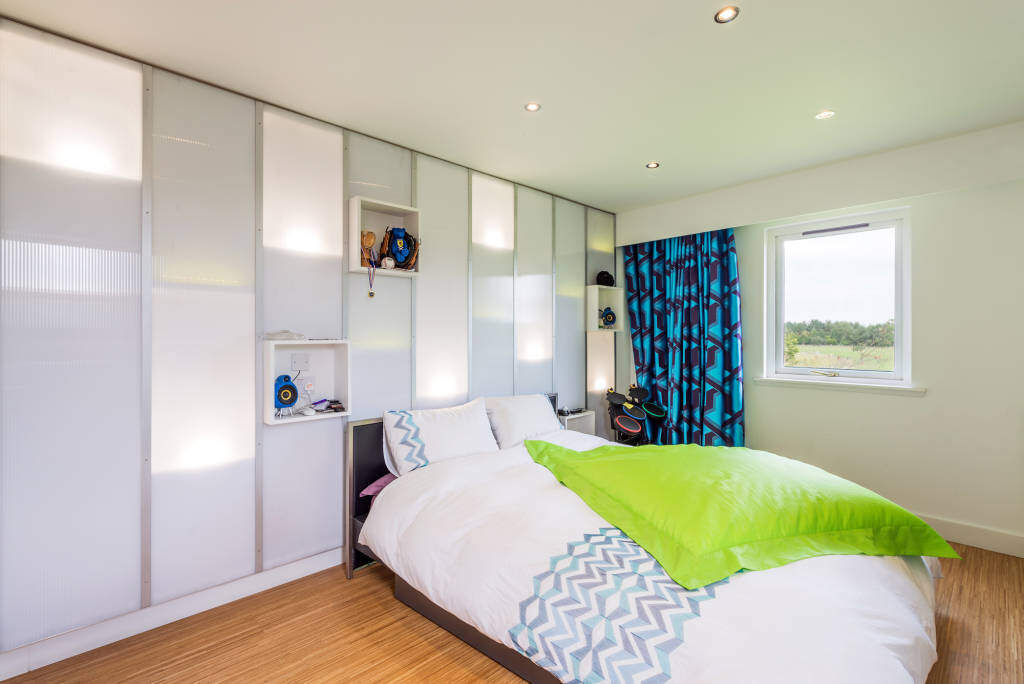 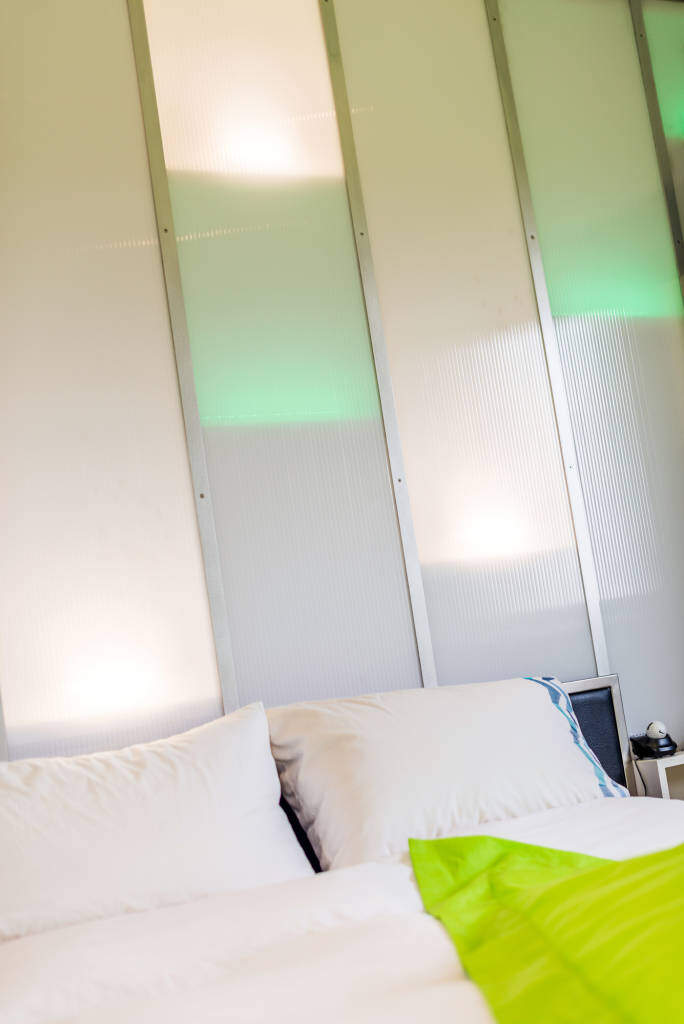 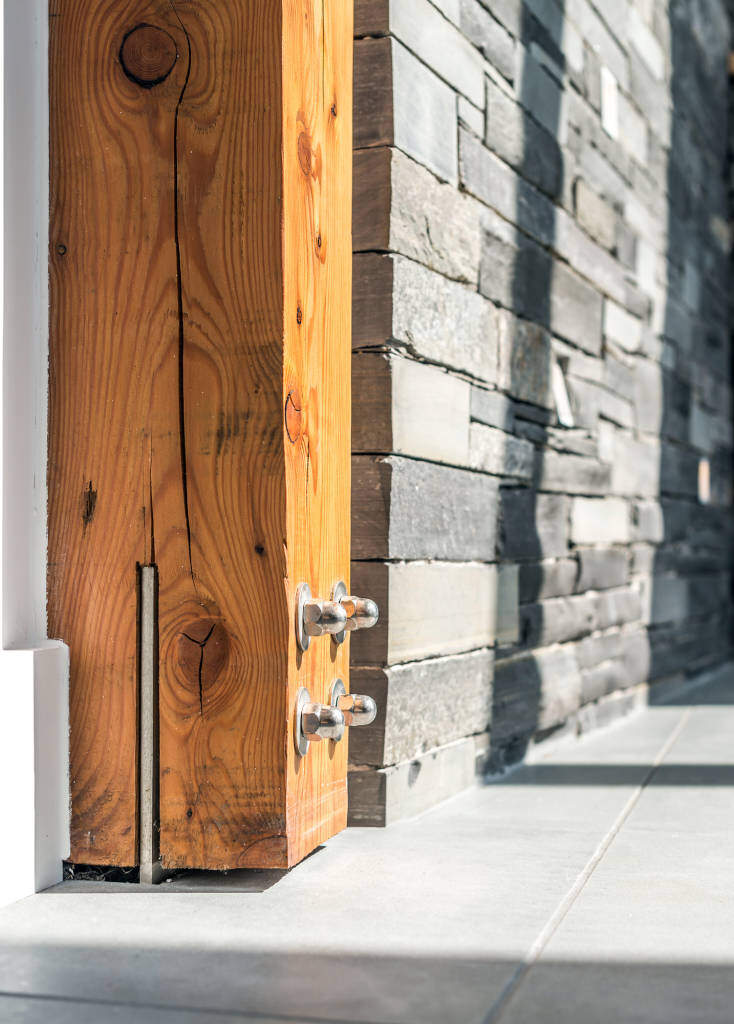