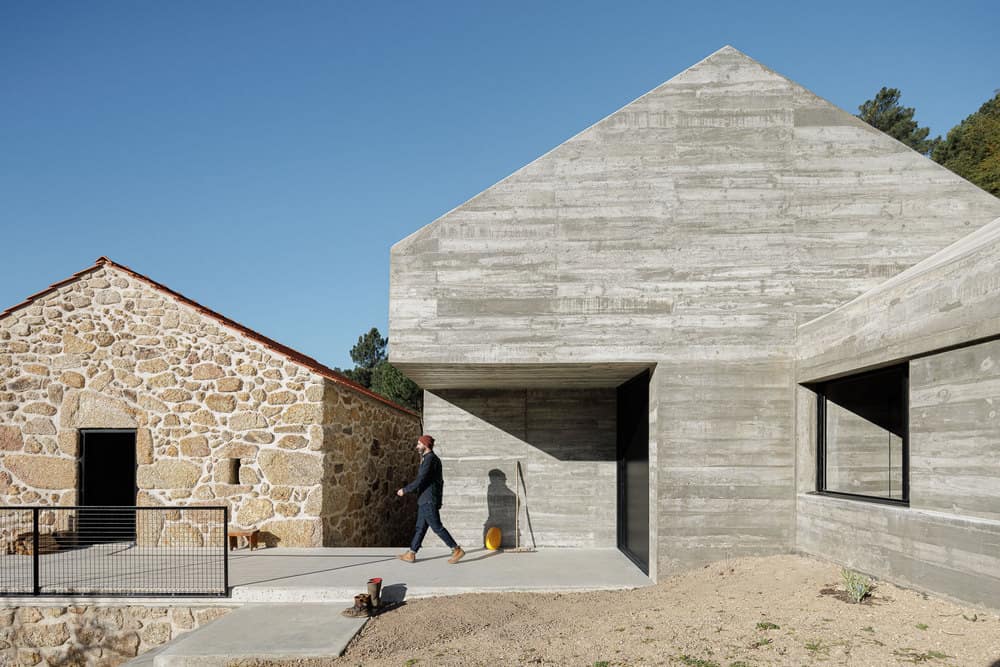 Situated in a natural shelter of a valley at the foot of the Serra da Estrela, close to the parish of Gonçalo, in a place also known locally by the name of Mora, this agricultural property has approximately 18ha of area, and is surrounded by a dense pine tree forest. 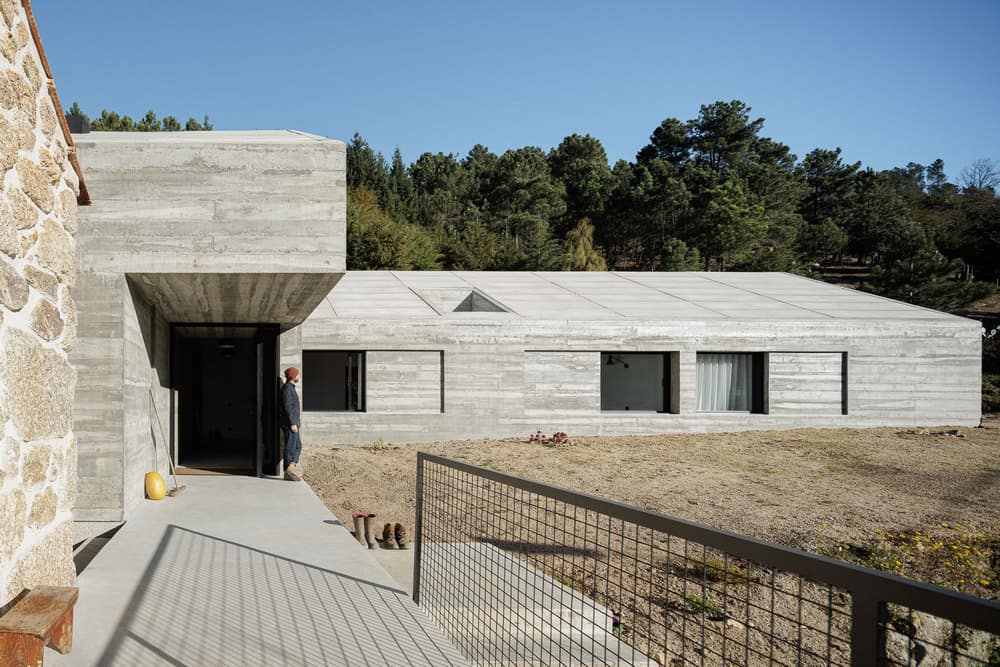 The property has been well preserved over the years thanks to its agricultural activities. At its centre stands a modest pre-existence of granite built in the mid-twentieth century, from where the new project started. In order not to disrupt the farm activities, we decided to split the old from the new when designing the house. The final outcome, with the extension of the existing house, resulted from a compromise between the owners wishes and the existing features and morphology of the land, characterized by the existence of several terraces. 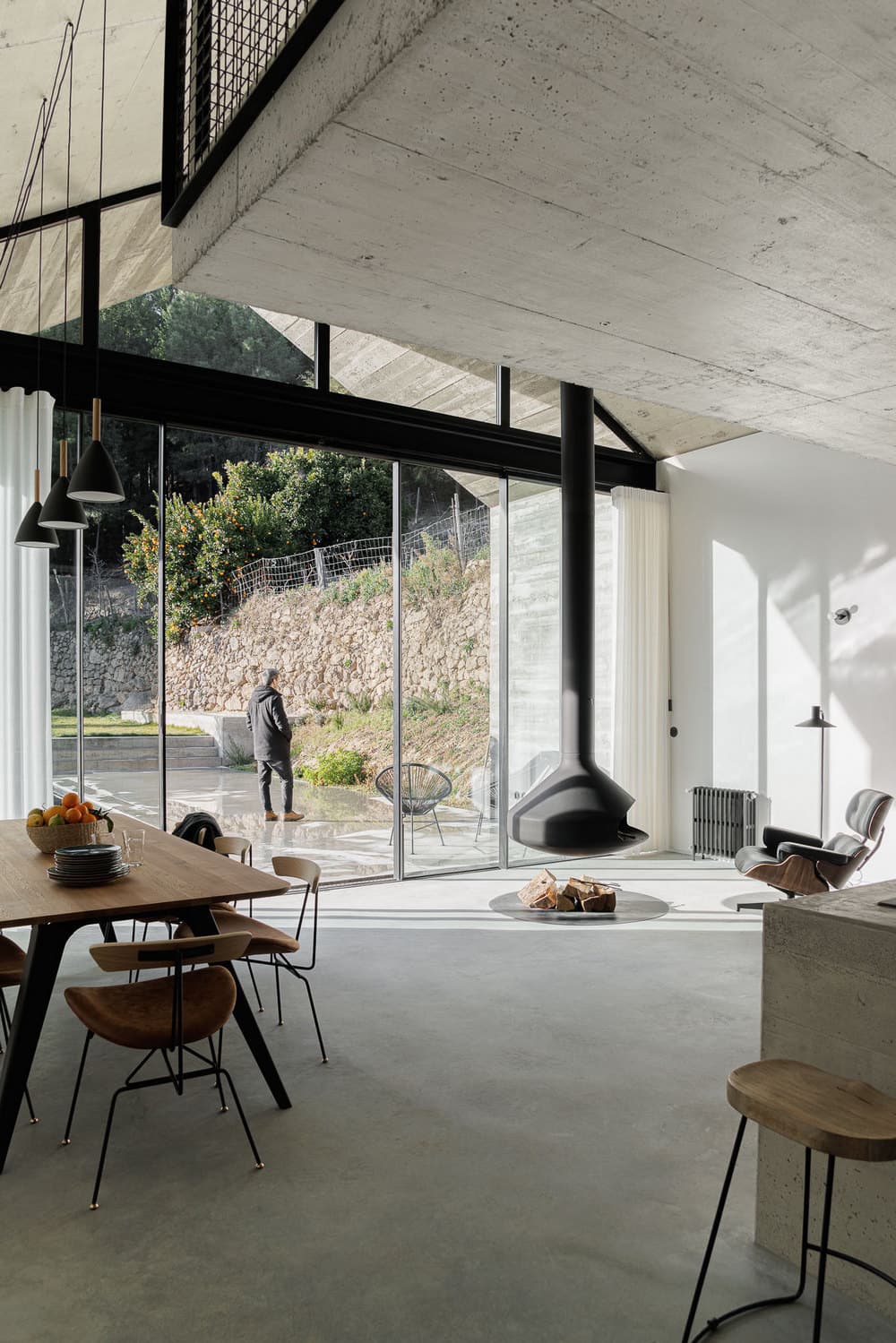 In a natural way, two new volumes of concrete were created and implanted in an existing terrace, closely linked to the granite pre-existence, allowing for a natural and fluid development of the local farm. 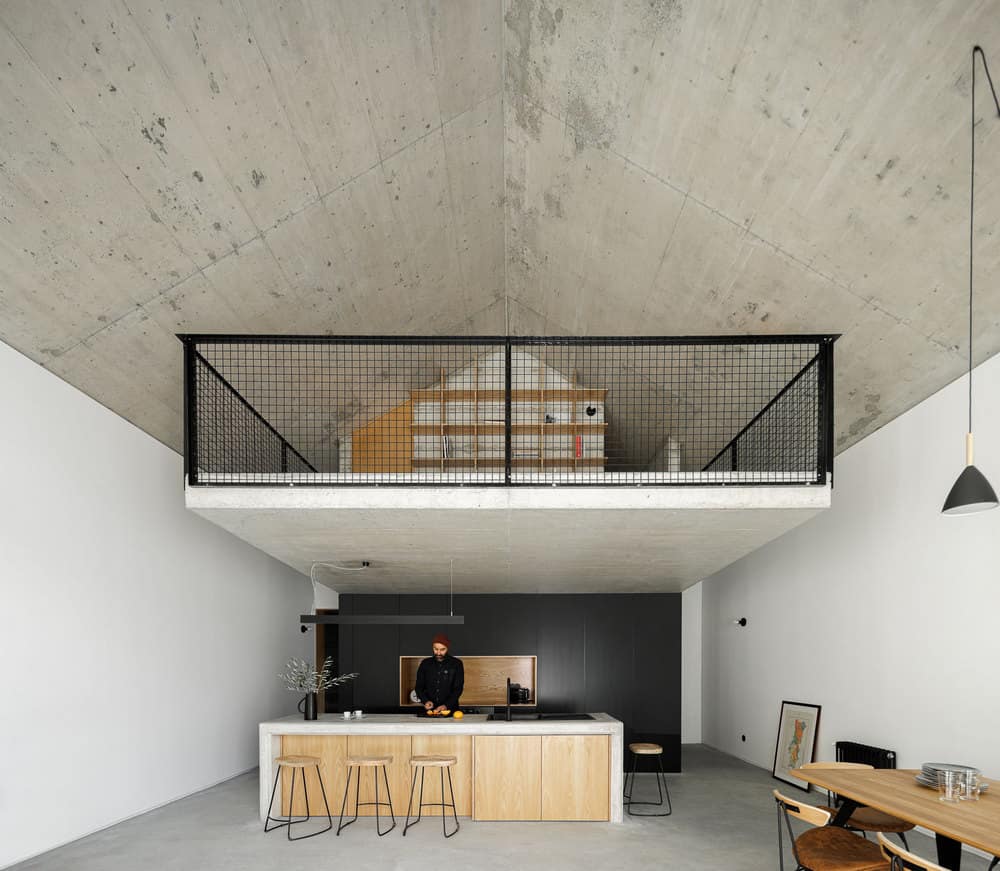 The name NaMora has a double meaning in Portuguese. It refers to the location of the project, where “Na Mora” would translate into “In Mora” (Mora being the place where the property lies), but “namora” in Portuguese means literally “flirt” or “date”. Thus, in a place named Mora, the House NaMora was born, where the concrete volumes forming the new part of the house formally “flirt” with the existing granite body, in total harmony with the existing surroundings. 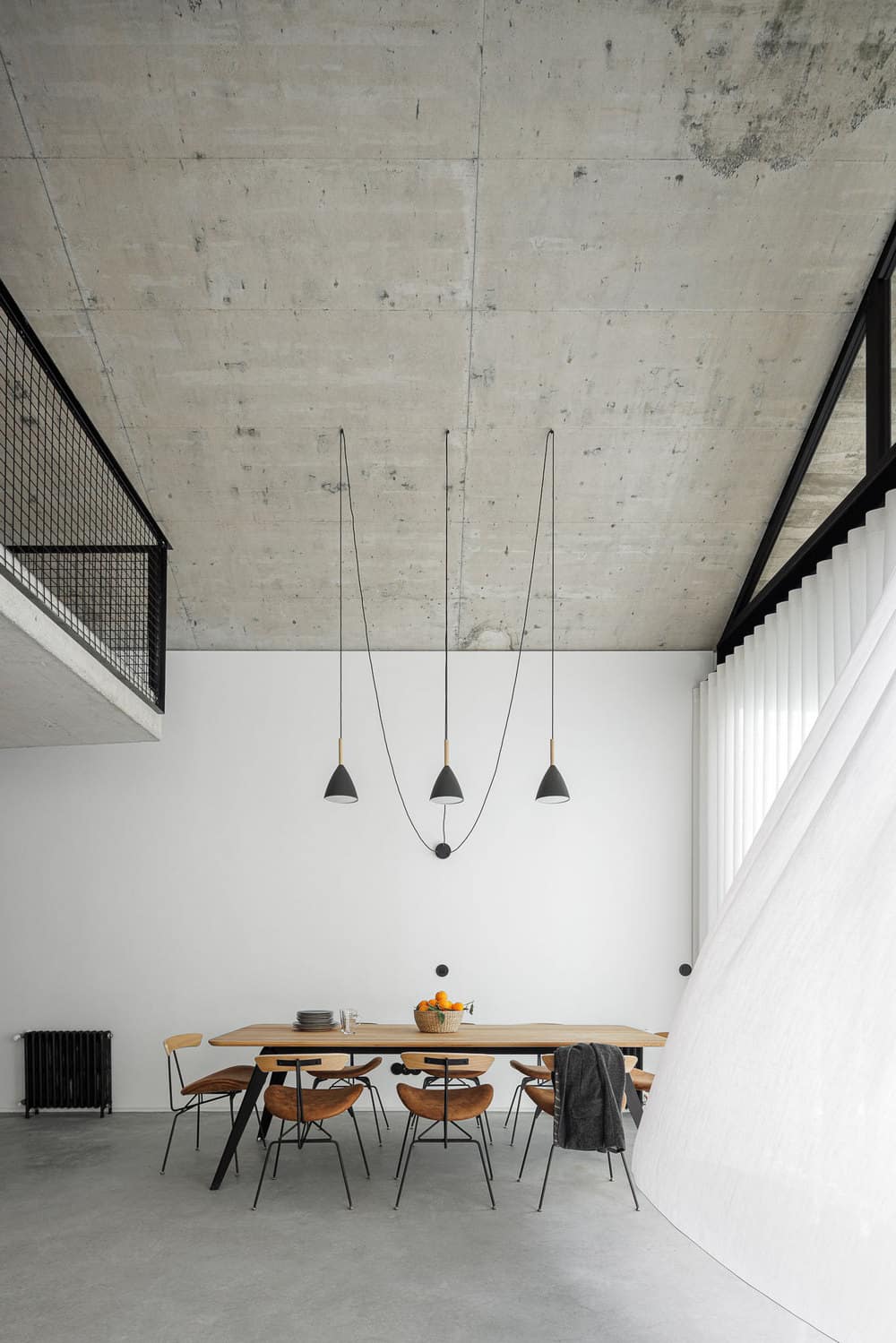 The project was clearly divided into two distinct yet complementary elements: the storage, technical area, functional sanitary installations and kitchen are located in the pre-existence and fully dedicated to the farm’s activities, whereas the living room, bedrooms, suite and outdoor leisure space are part of the new section of the house. 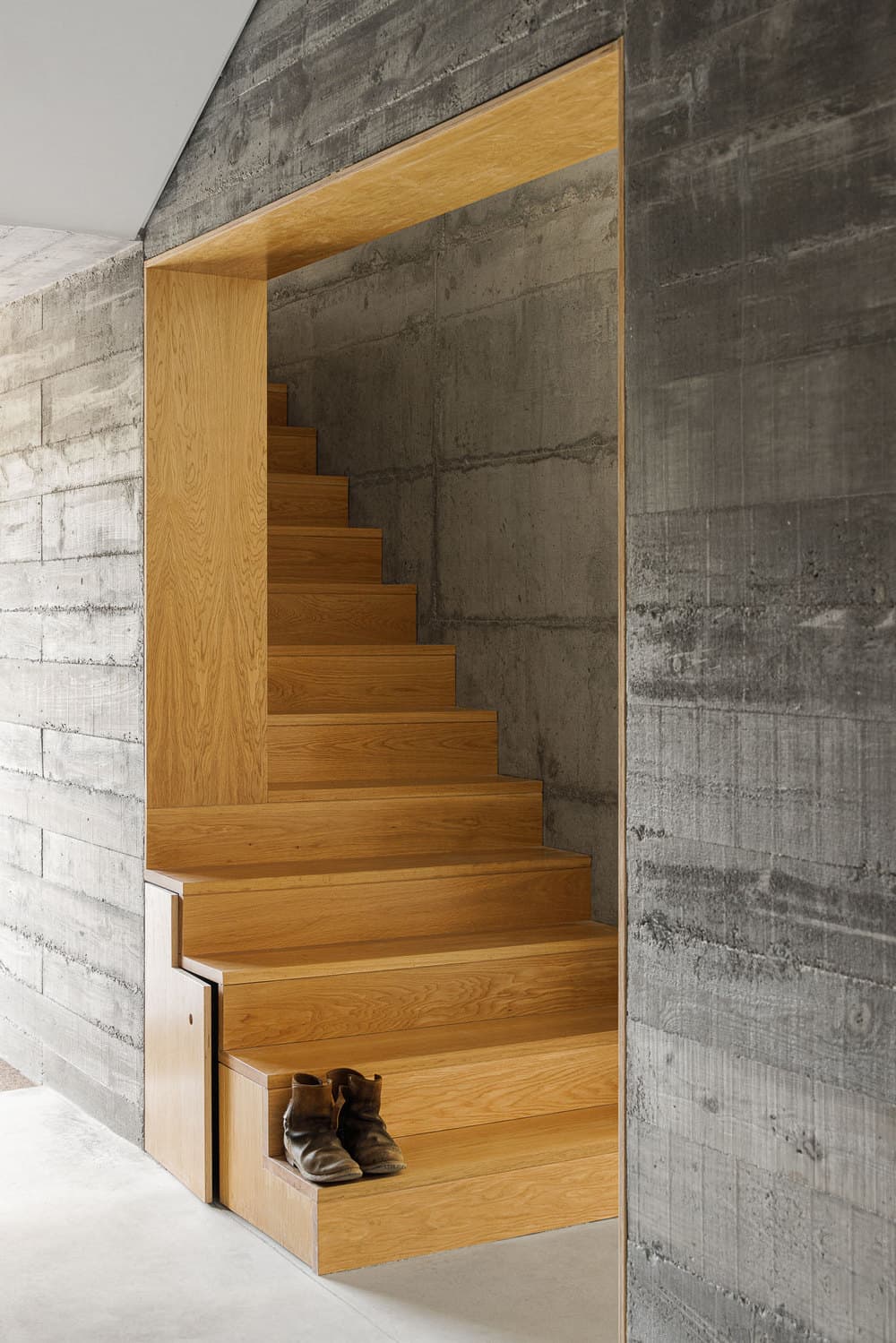 Inside, we sought the neutrality given by the simplicity and purity of the materials and by the illusion of the absence of detail. The idea of interiority translates into openings towards landscapes, frames and courtyards strategically located. 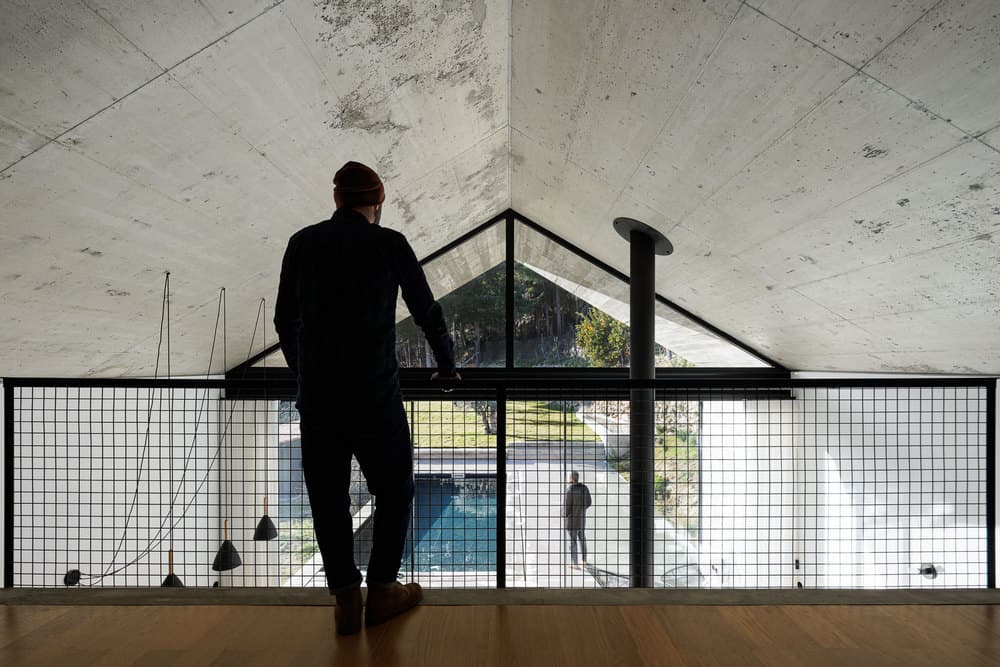 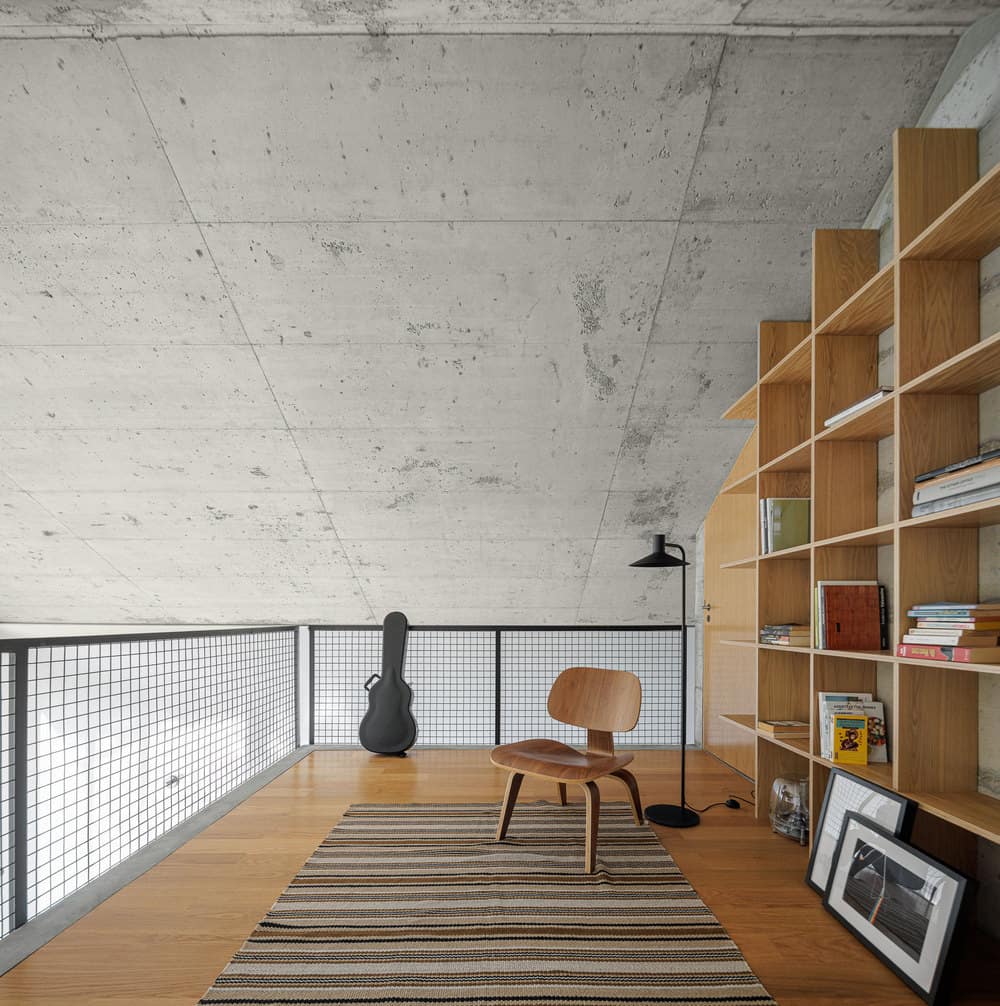 The scale of the intervention and the natural identity of the site were always taken into consideration when choosing the construction approach and materials: stone, concrete, steel and wood. Inside, the white and the comfort of the wood balance with the raw and austere presence of the concrete. Outside, stone and concrete are carved in the same way, in a reinterpretation of the vernacular architecture of this region.
In memory of Mr. António da Costa Gonçalves who passed away during the process. 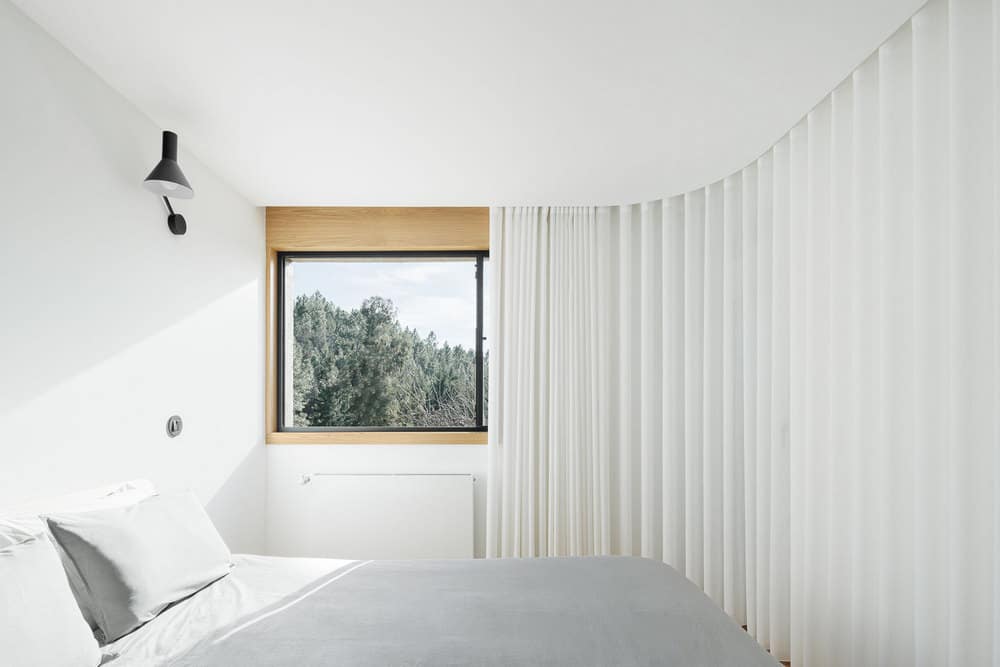 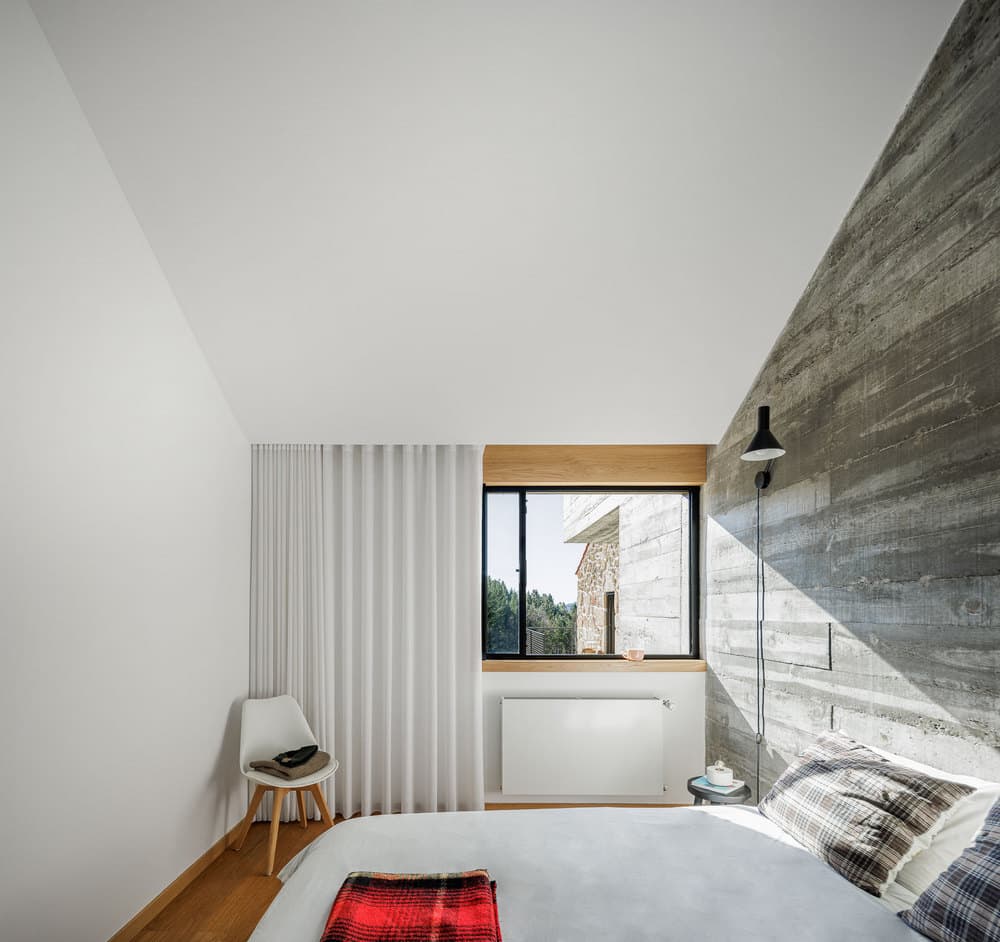 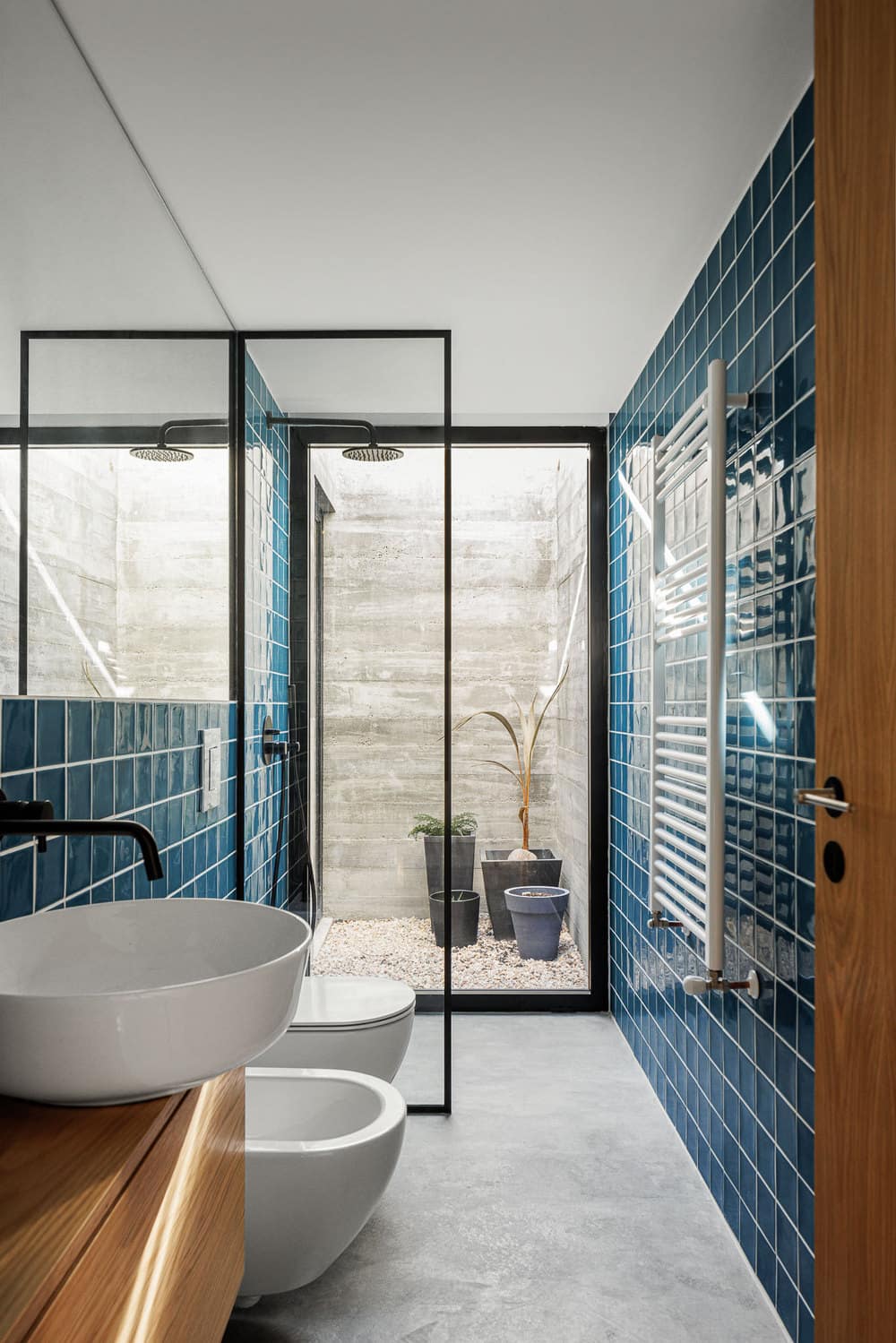 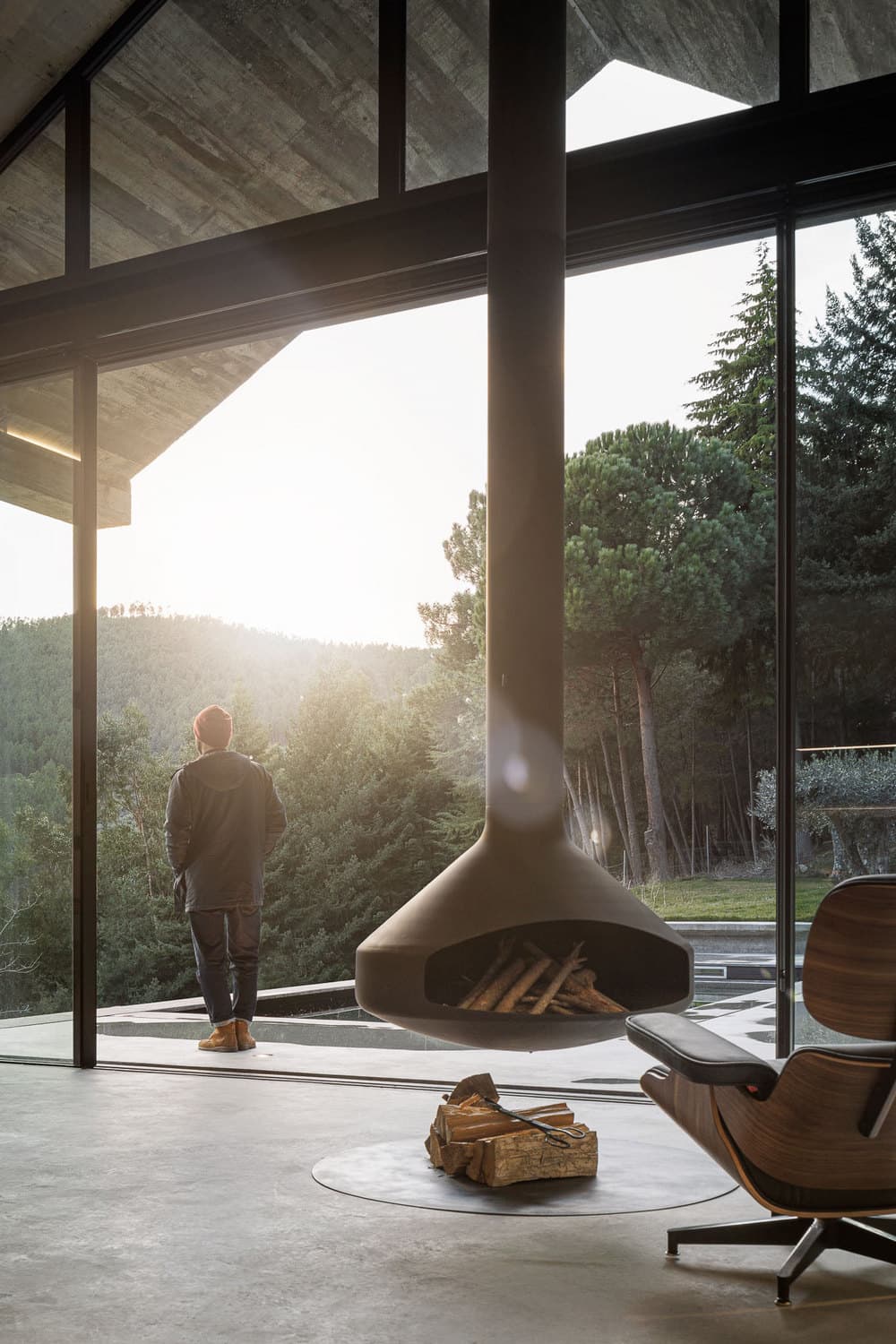 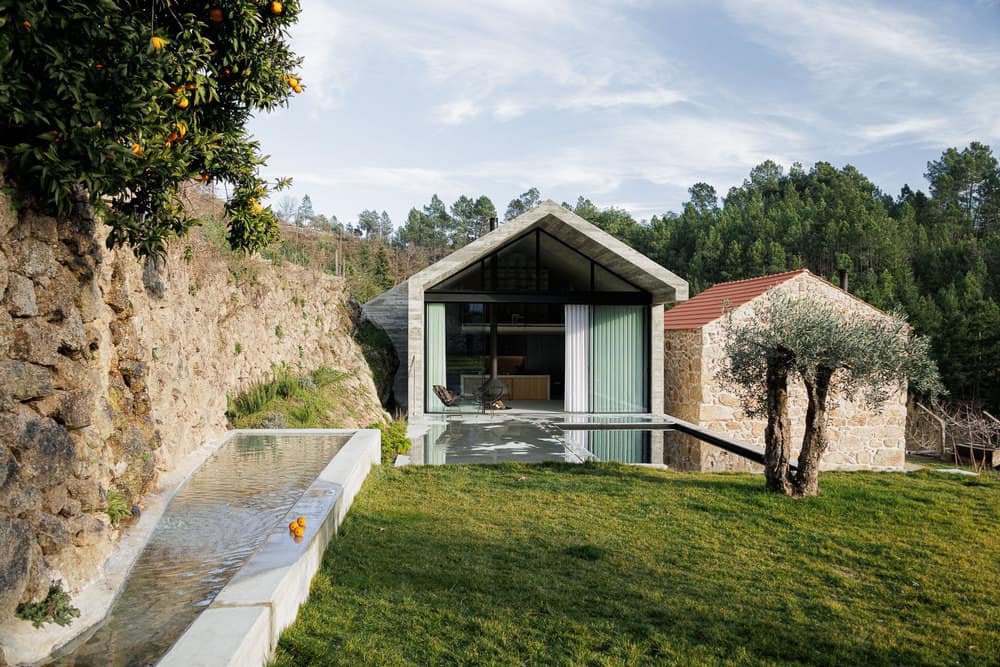 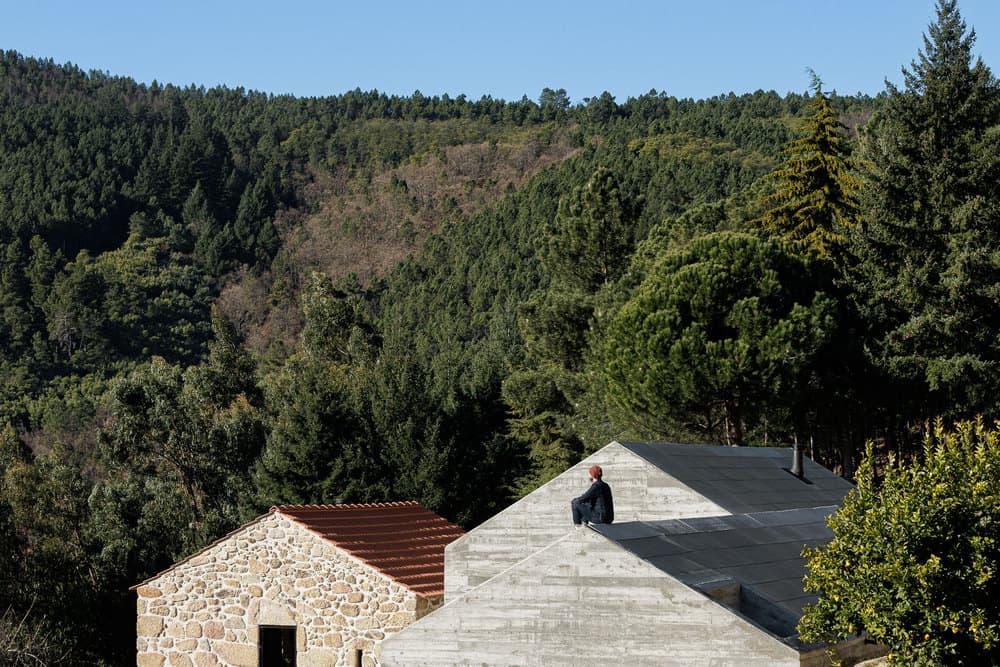 Brooklyn Townhouse Extension and Renovation in Williamsburg by Agencie

St Kilda Gable End House is the latest project by MRTN Architects in Melbourne, Australia. The house was built in the 80s and has...
Read more
Houses

The clients required a functional, single level home, engaged with the surrounding landscape. Approach to design was informed by the local vernacular architecture of rural sheds and barns ...
Read more
Houses

Woven House is the pure distillation of what a house is—every detail emphasizes the basic elements and forms of a familiar residential structure while creating a cohesive design that celebrates the modern home.
Read more
Apartments

“Waiting for a Hero” Apartment by Elena Erashevich

The starting point for the creation of the design project was the bronze sculpture “Waiting for a Hero”. She became the very first purchase of the owner in a new apartment.
Read more
Rafael Soldi Photography

Mercer Modern is a midcentury home located on a hillside on a 15,539 SF lot in Mercer Island, WA overlooking Lake Washington. The original house had great bones but was disconnected from the outdoors.
Read more