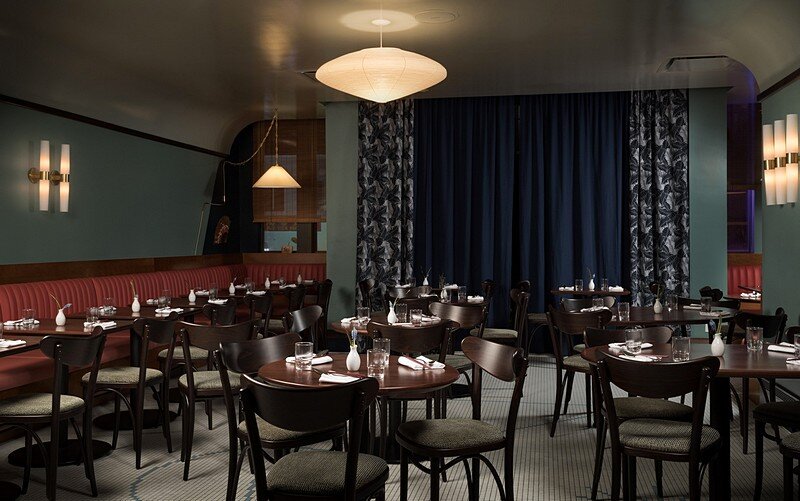 Tucked into the upper story of a delightfully faded building in Chinatown, Kissa Tanto is a little jewel designed by Ste. Marie, an internationally engaged, Vancouver-based commercial design studio.

Project description: A Japanese-Italian restaurant in Chinatown modelled after the jazu kissa of Japan. Inspired by the vanishing jazz cafés of the 1960s to which a distinct sub-culture of jazz record-loving, whiskey-sipping youth would escape, Kissa Tanto strives to transport guests to a different time and place. 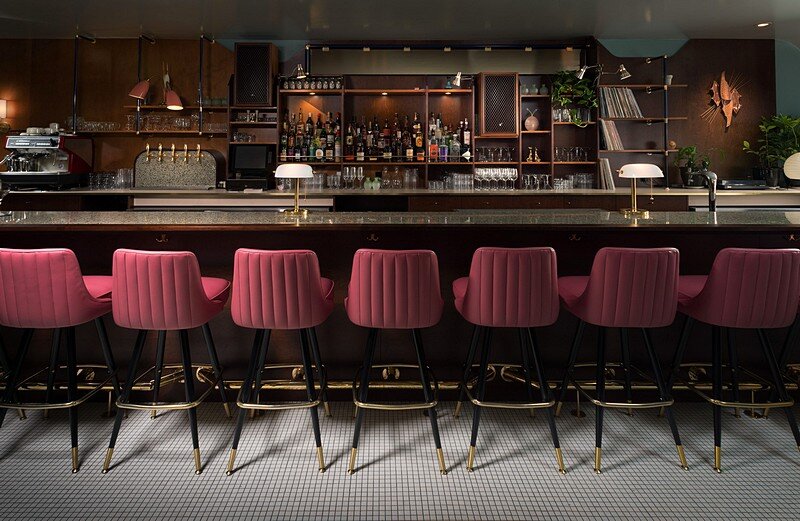 Taking advantage of the second-storey location, we used the faded Chinatown entryway to foster a feeling of departure and discovery, where guests would ascend the long staircase to stumble upon a dark, eccentric space, seemingly lost in time. 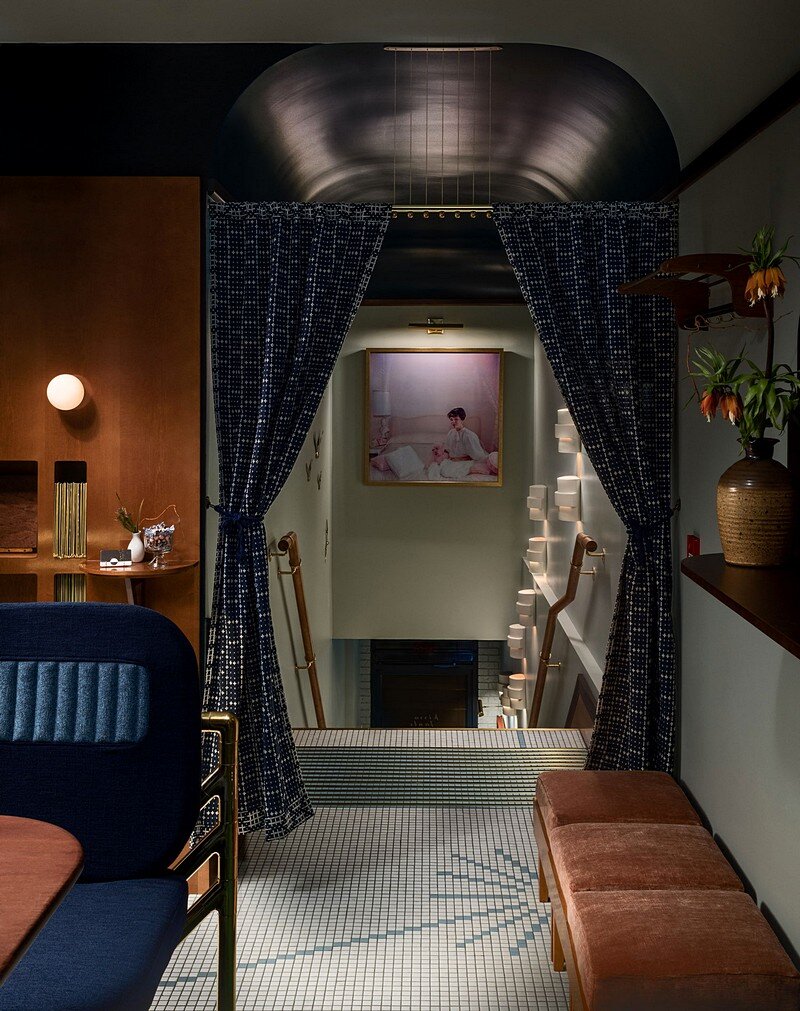 Central to the concept was that it be equal parts bar and restaurant while doming the low, high gloss ceiling and bringing the lights onto the wall at eye level helped to evoke a parlor feel. 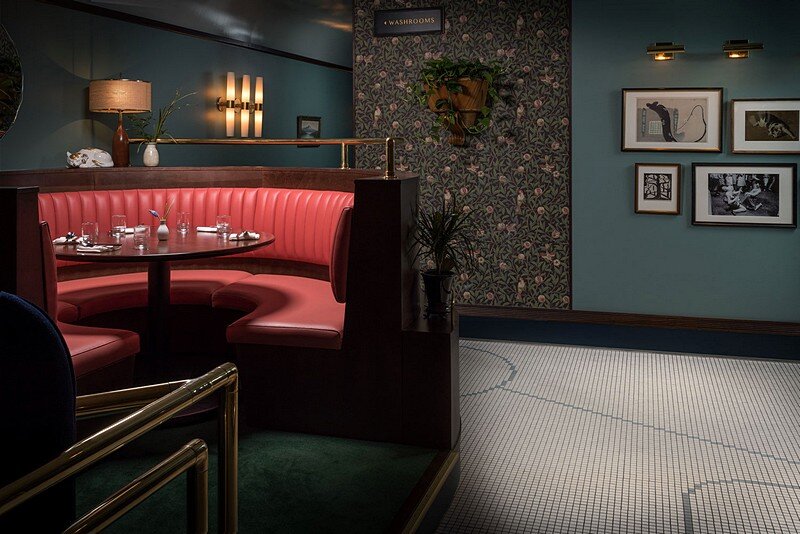 Pink vinyl banquettes, tilework based off Haruki Murakami book covers, typographic art taken from a Kenji Miyazawa poem, and touches of Italian modernist Gio Ponti all coalesce in a social hangout that’s romantic, interesting—perhaps even a bit strange—but wholly singular: a direct counterpoint to the fast-casual, light and airy restaurants that currently dominate the Pacific Northwest. 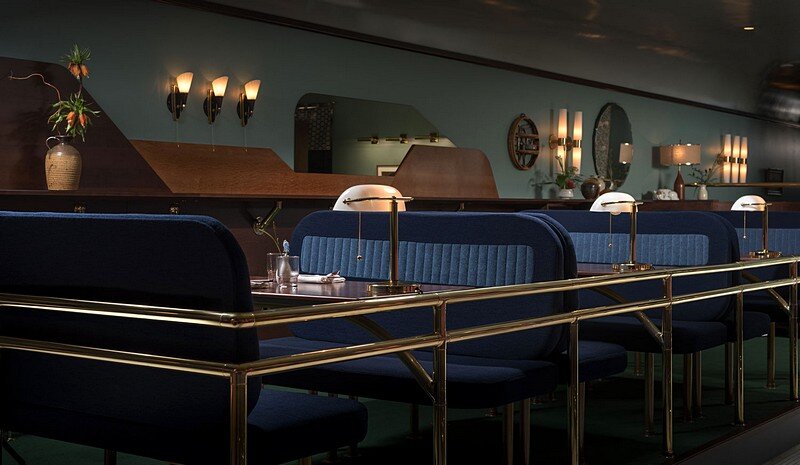 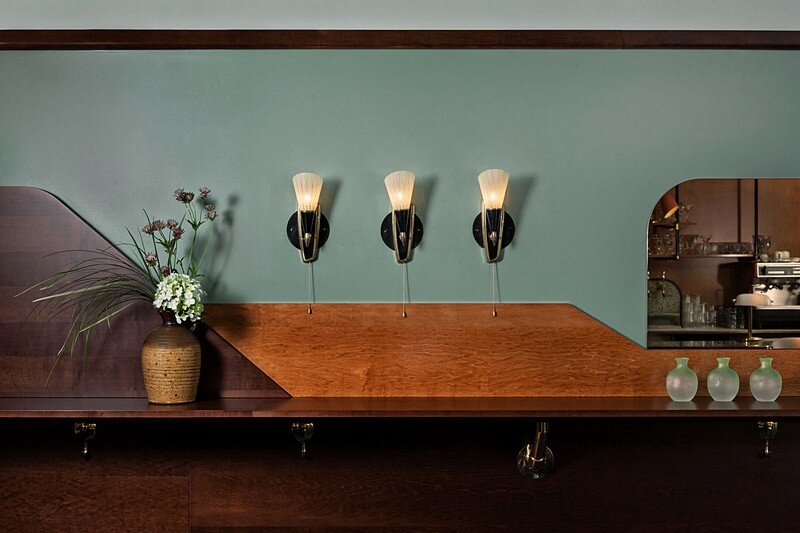 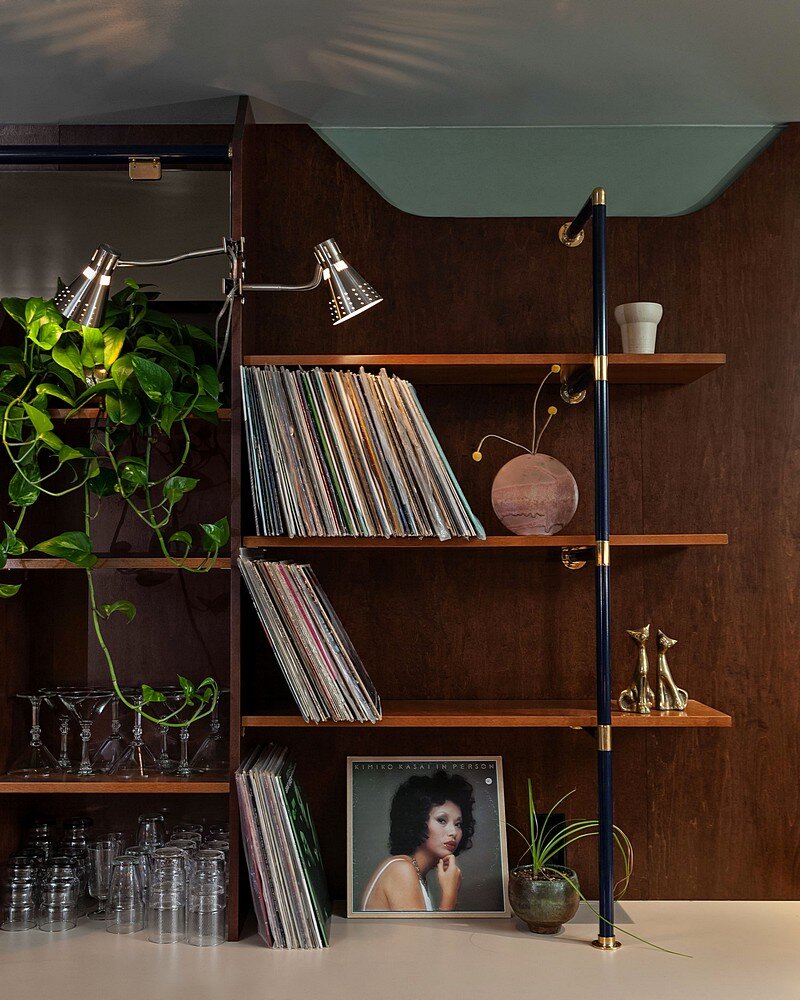 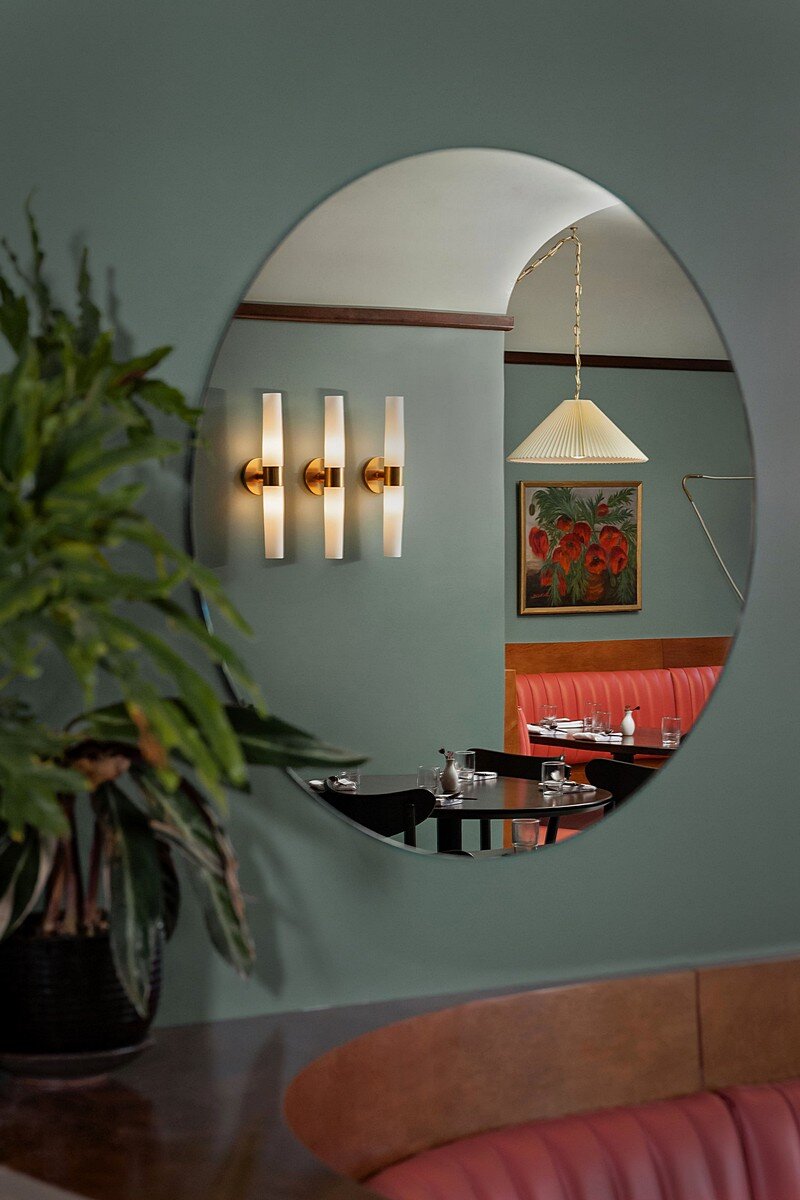 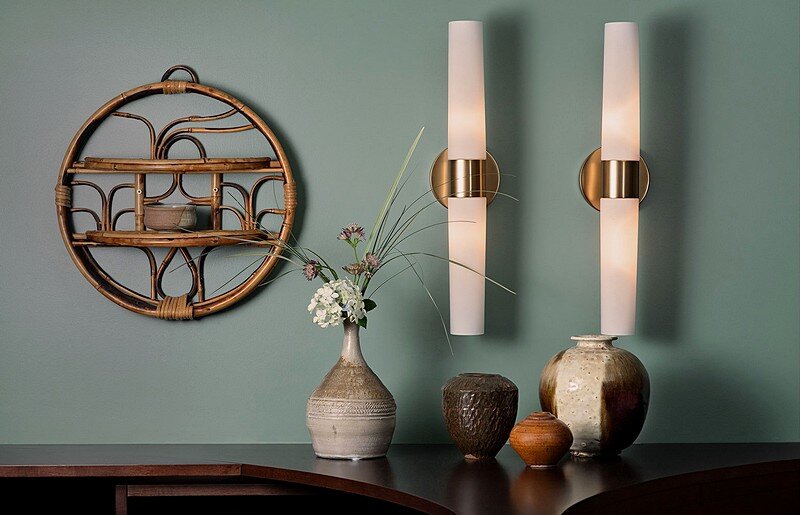 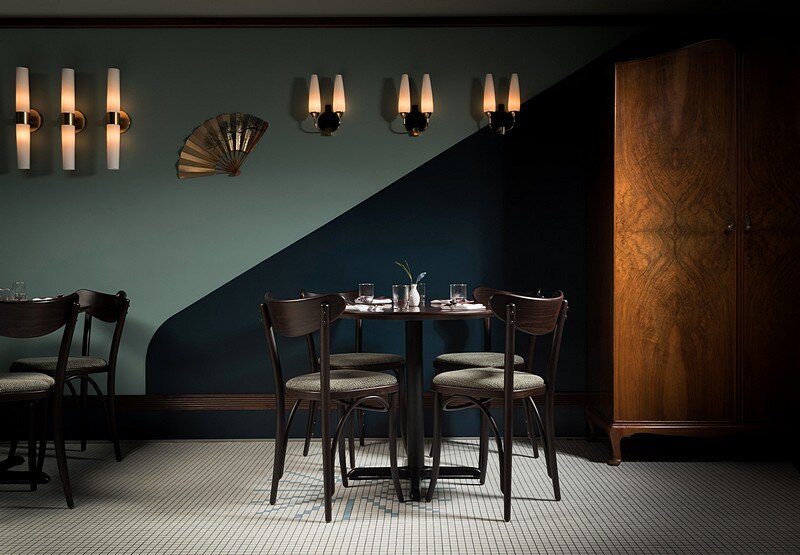