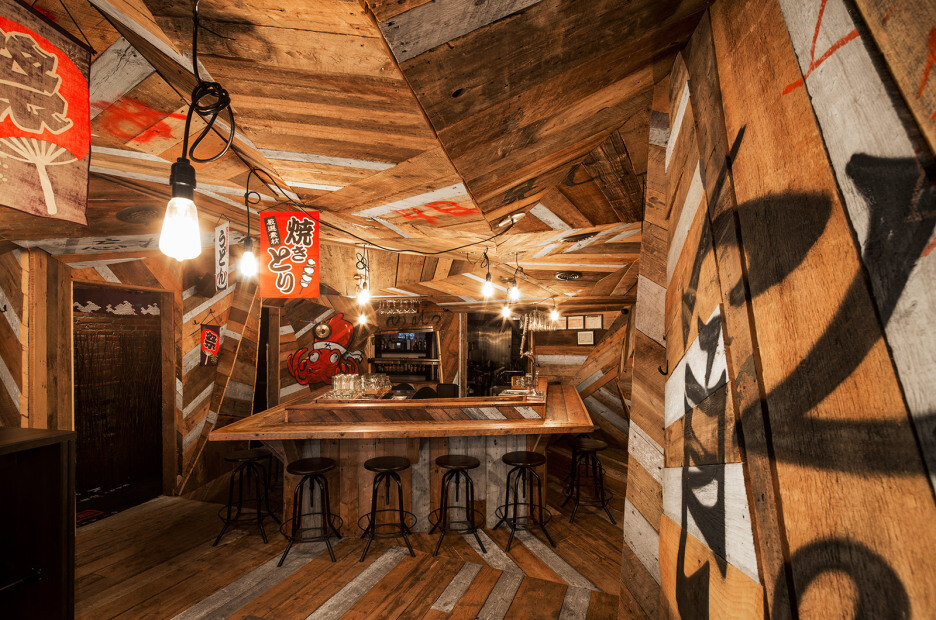 After a previous successful collaboration, the team from Izakaya Kinoya appealed once again at the designer Jean de Lessard to achieve a unique concept for their Japanese restaurant located on Saint-Denis Street, Montreal. The new design of the restaurant is a bold concept that will surprise you and cause at the first sight, a strong reaction. With an informal atmosphere, with elements of street art, Kinoya Izakaya is an asymmetric space that seems to be in contrast. With strange corners, the design focuses on chaos and the notion of confinement.

The place looks torn from the real world, giving you a feeling of “underground”. This wild universe with a strangely muted urban atmosphere makes the relationships between people change encouraging the realization of a symbiosis. Jean de Lessard chose to use wood because of its acoustic properties, of the atmosphere it produces but also because it allows precise cuts and a relatively fast assembly. Pine spruce obtained by the decommission of an old barn was used. Photos: Adrien Williams 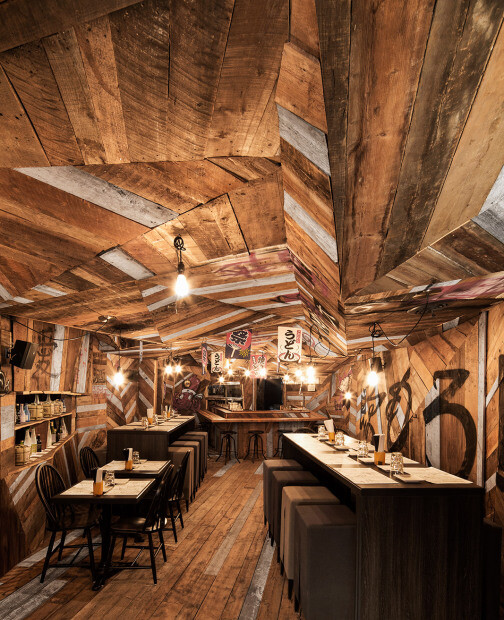 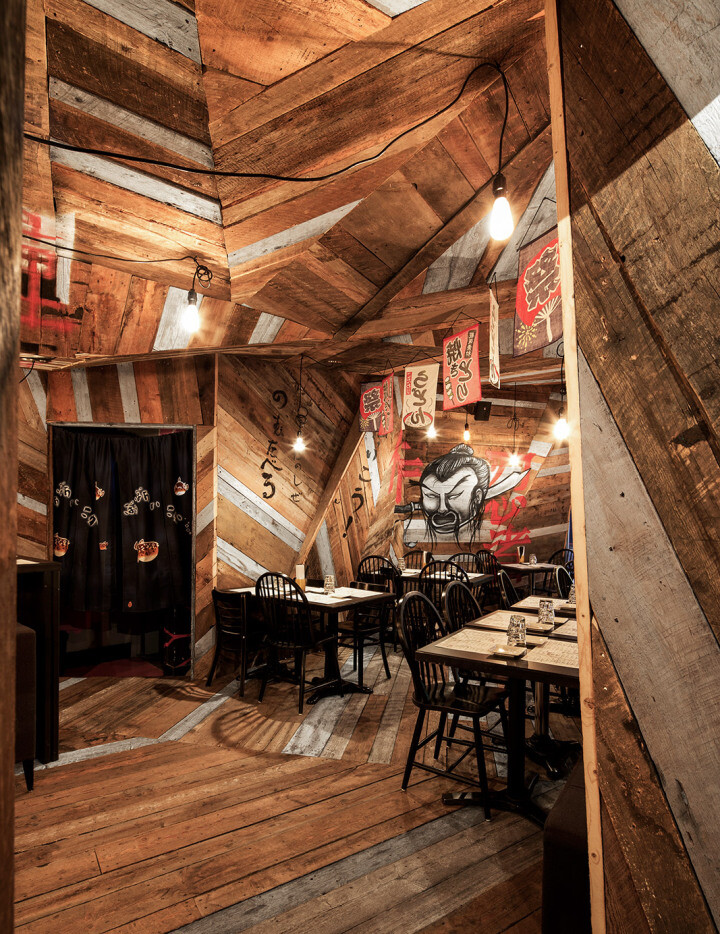 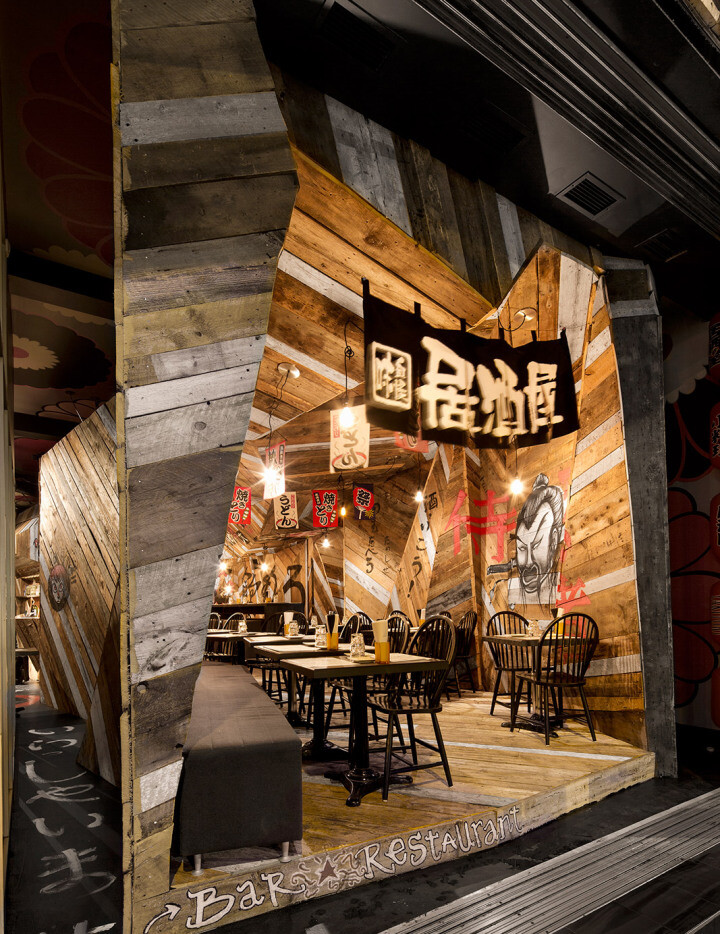 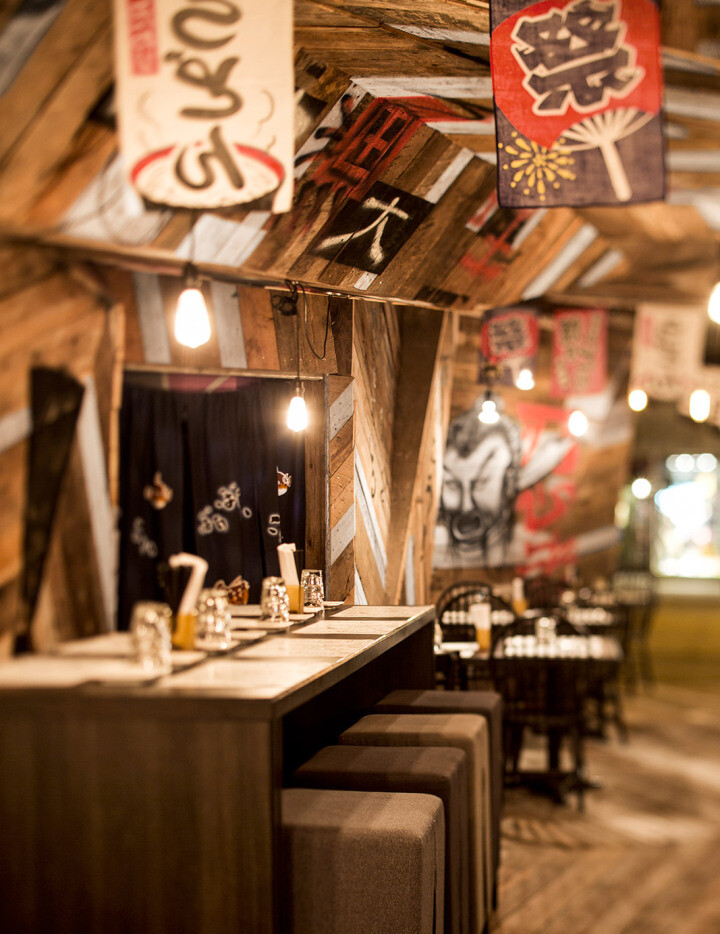 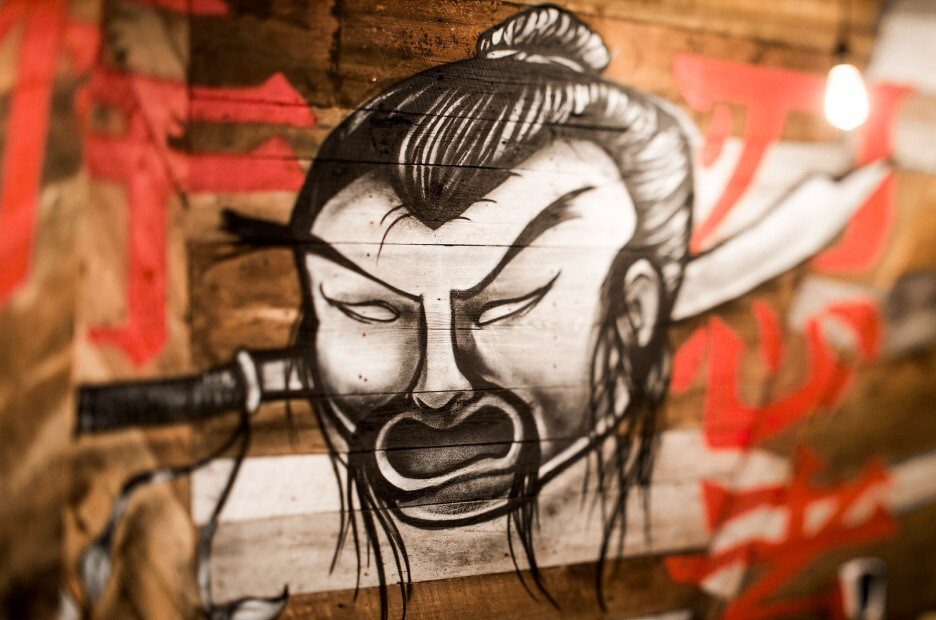 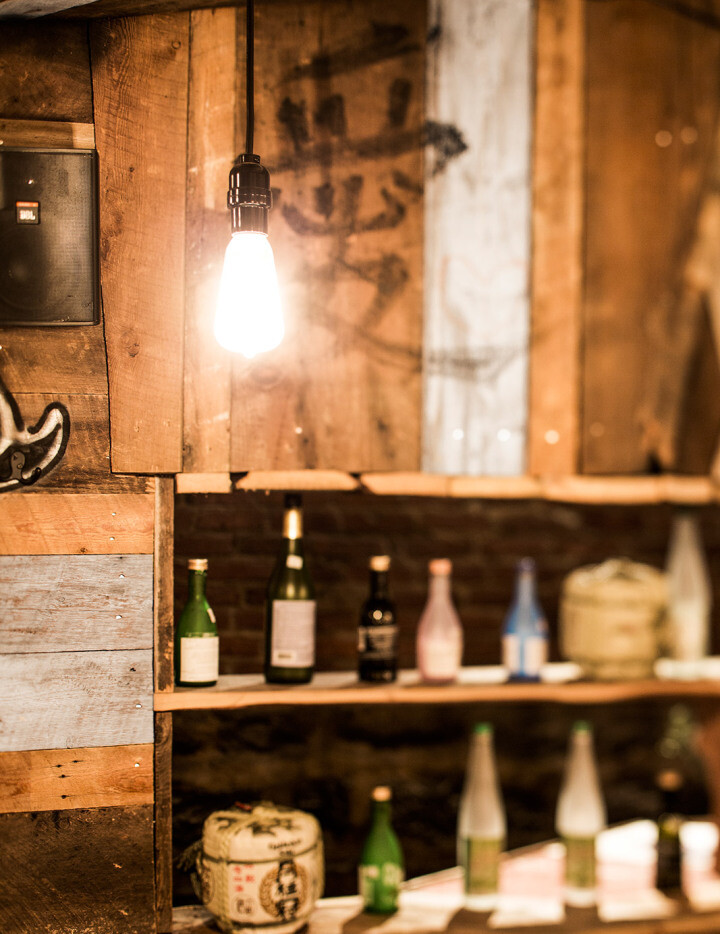 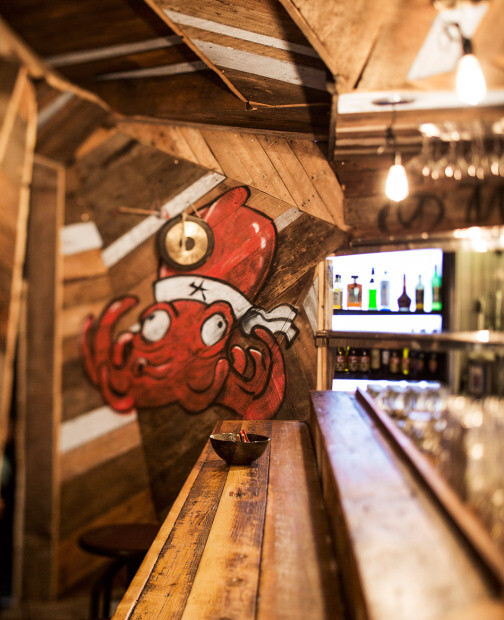