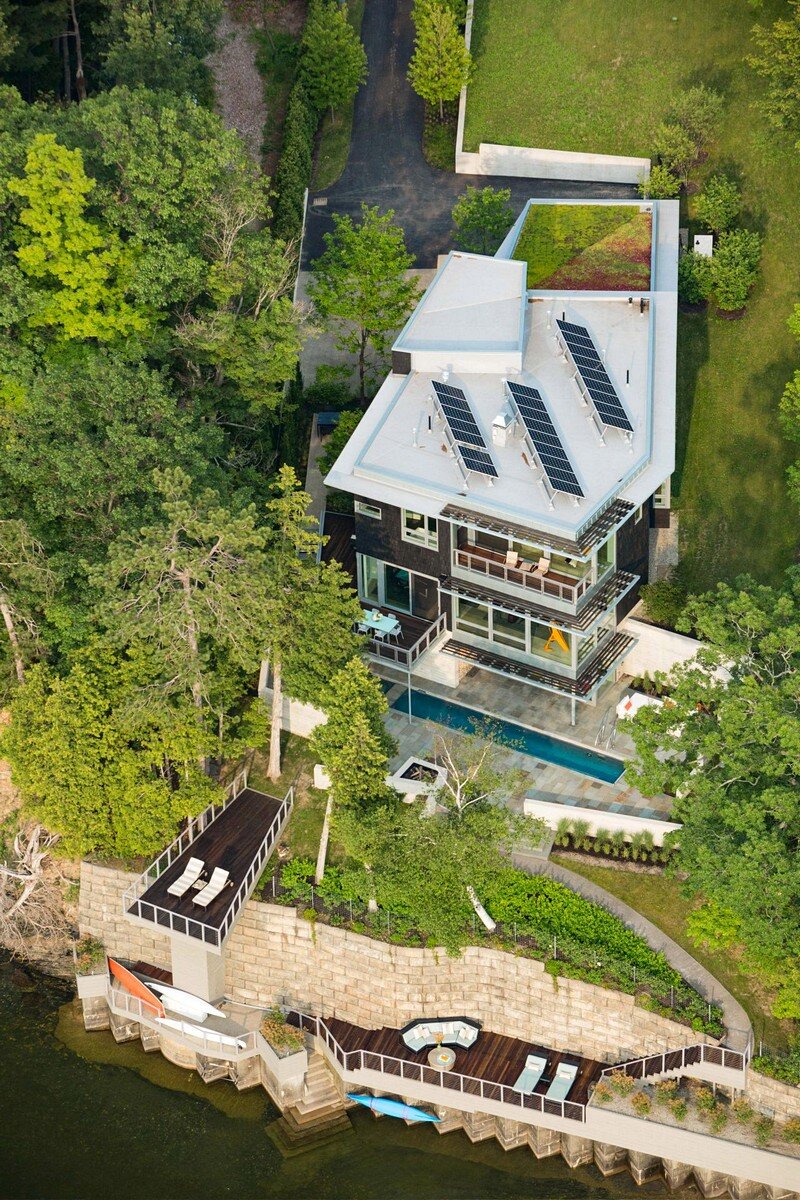 Lake Edge House is positioned on a slender parcel of land alongside Lake Champlain. The architecture and site design address the idea of edge and emergence. This northern Vermont residence was recently completed by TruexCullins Architecture, a interior design and architecture studio based in Burlington, Vermont.

The natural undulations of the land flow by the southeastern edge of the house, appearing almost to leap on to the adjacent rooftop in the form of a green roof garden. The presence of the water’s edge became a feature that “pulled” the structure from the earth, so as to hover on, and engage that edge. That natural tension, between the earth and the water, served to inform the physical manifestation of the design. 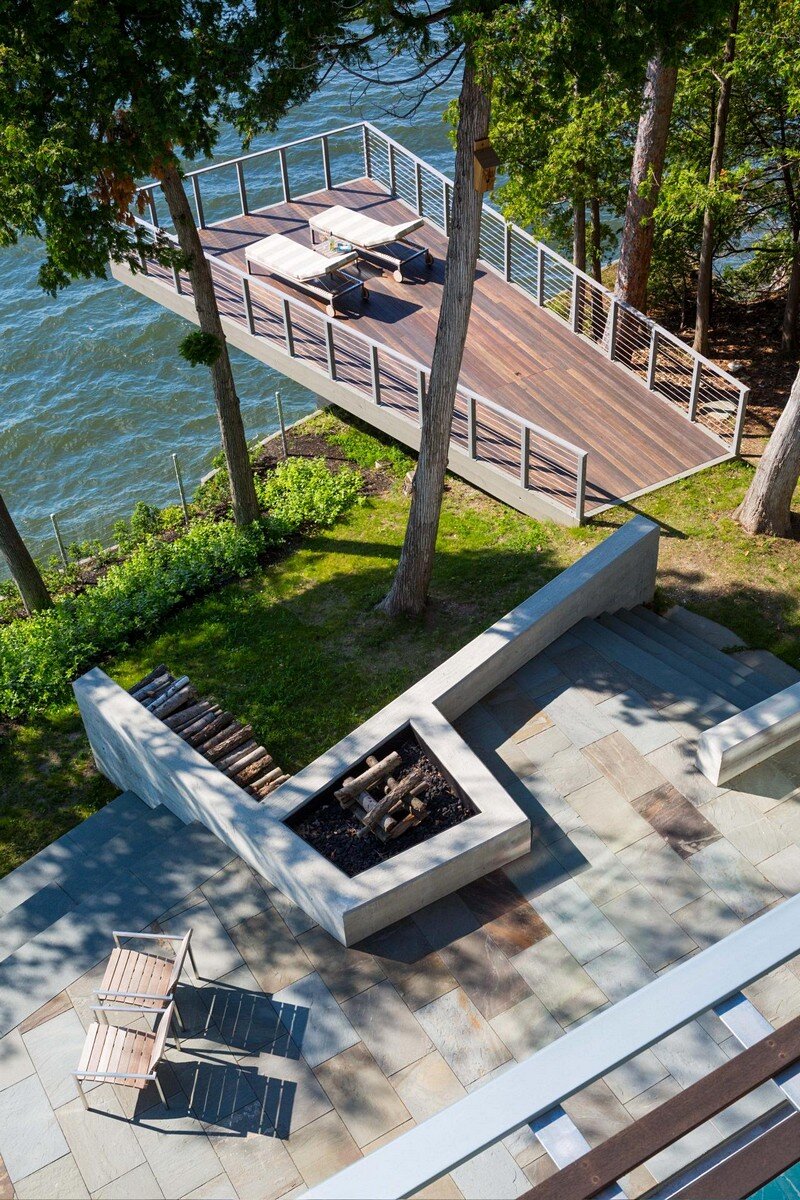 The notion of a structure emerging or growing from its surroundings is a central premise of the project. The counterpoint to this emergence is the full realization of the livable parts of the house by the edge of the water. Here one finds the major living spaces of the house, here the house is light and transparent, and here the house is open to sky, the distant landscape and the water. 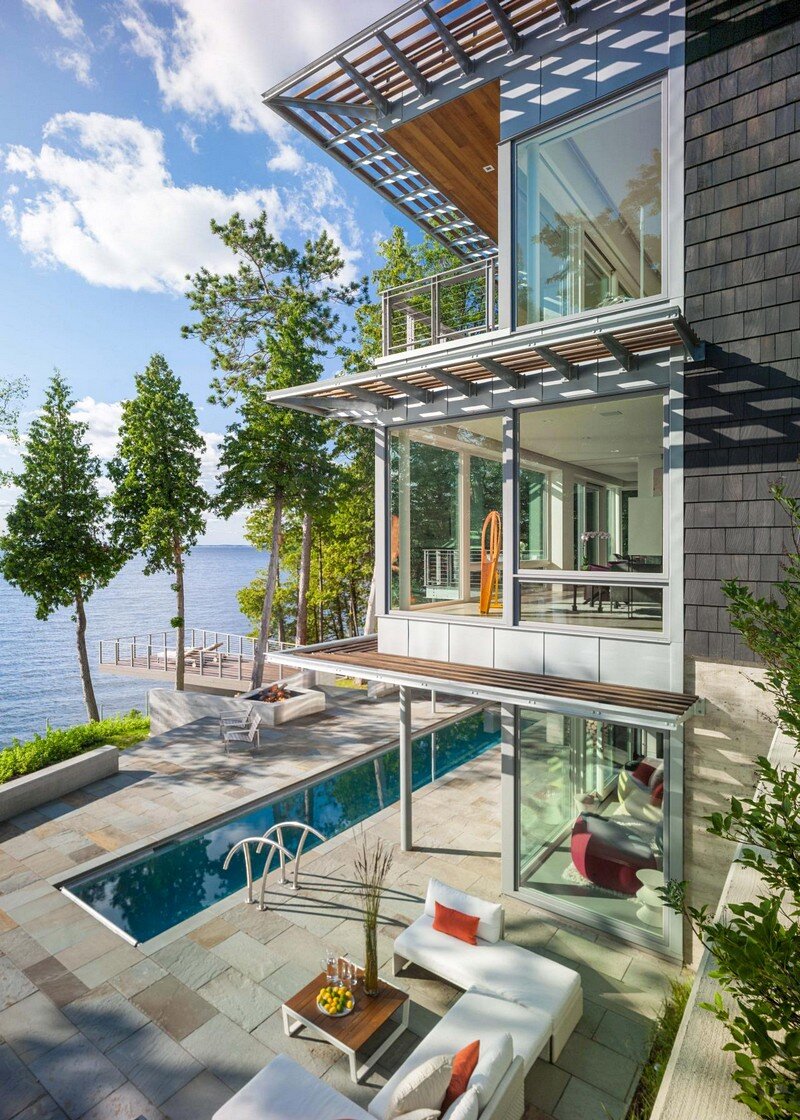 This modern and meticulously detailed new residence called for a landscape with the same modern aesthetic and attention to detail. A very narrow, long site, bounded on the lake front by an existing sea wall, required the creation of a sequence of outdoor rooms stepping down from an autocourt and front entry to a bluestone terrace with pool, spa, and fire pit overlooking the lake, and then to a lakeside deck at the base of the sea wall, built over an existing concrete structure. 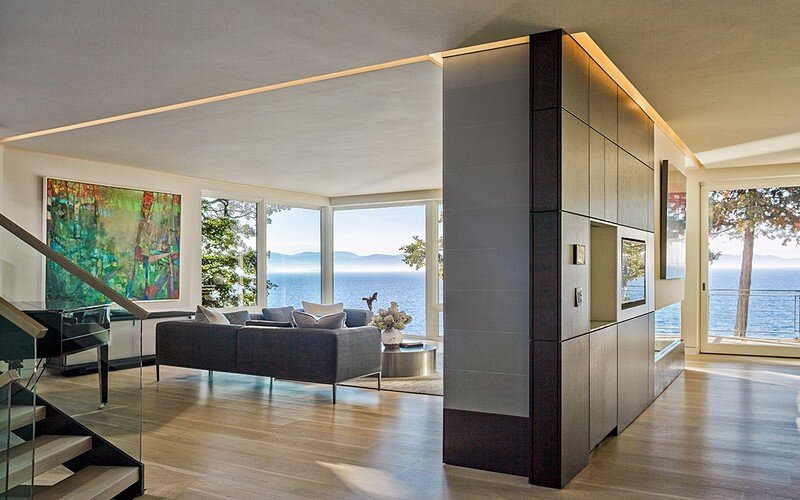 An understated yet rich materials palette, consisting of board-formed and exposed aggregate concrete and natural-cleft bluestone, derives its lines from the asymmetrical massing of the architecture, and is offset against simple, linear plantings of native trees, shrubs, and ornamental grasses. A green roof on the garage can be viewed from a second floor guest room and art studio. 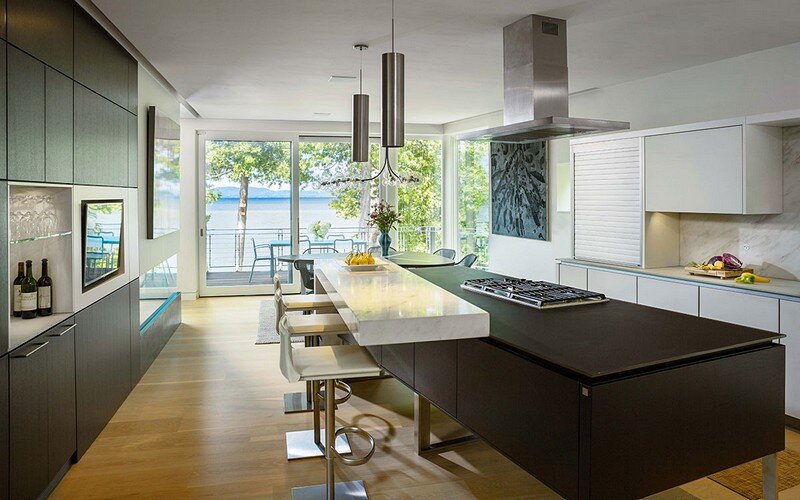 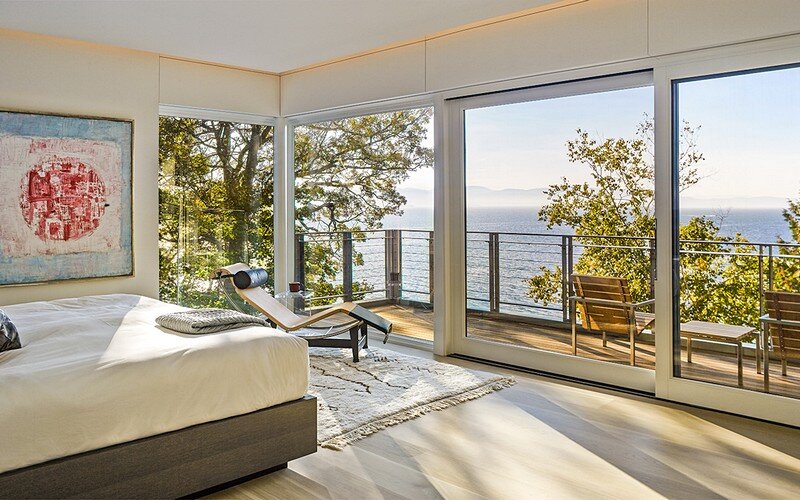 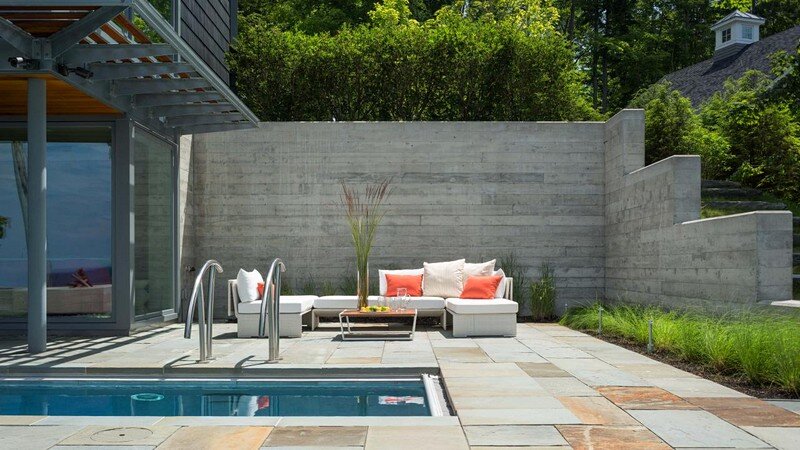 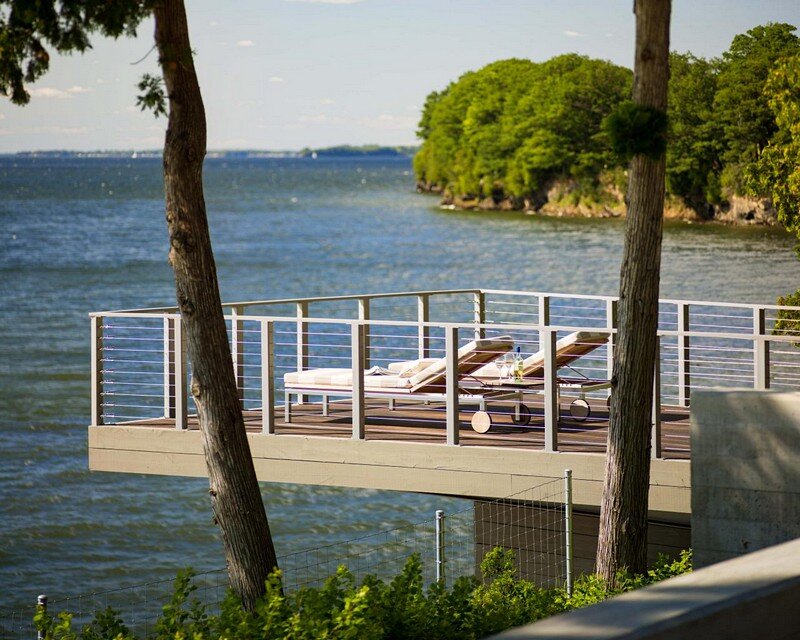 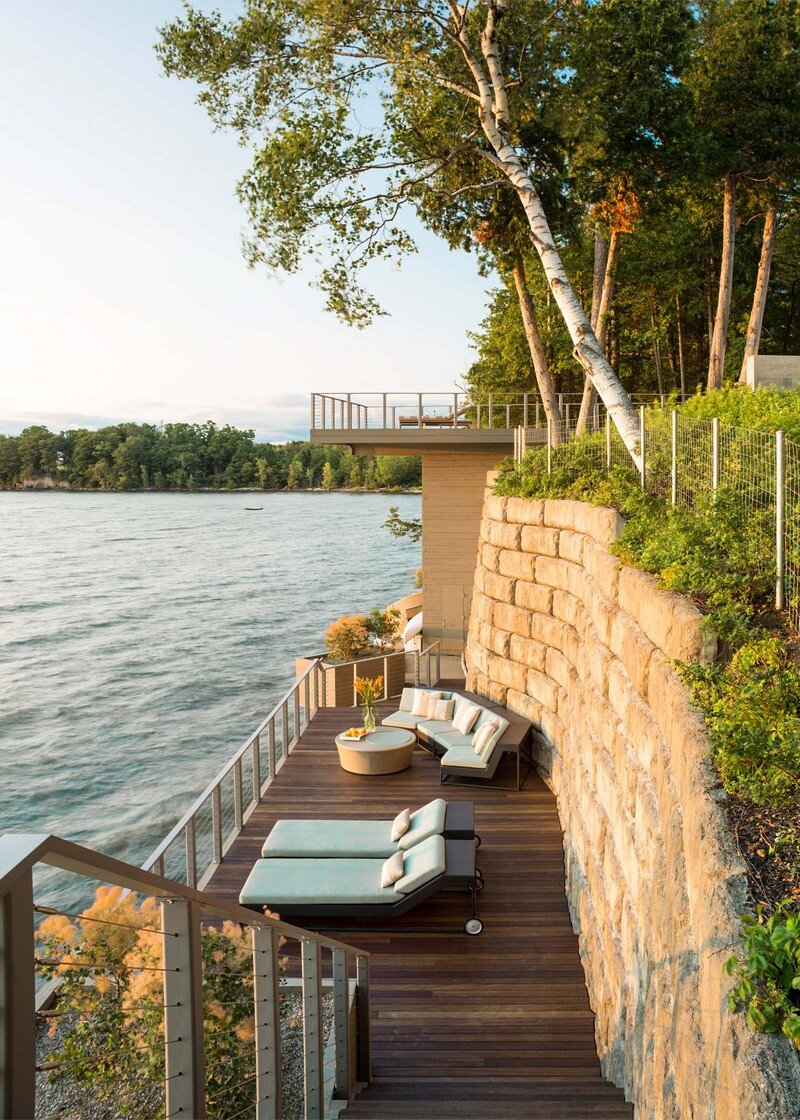 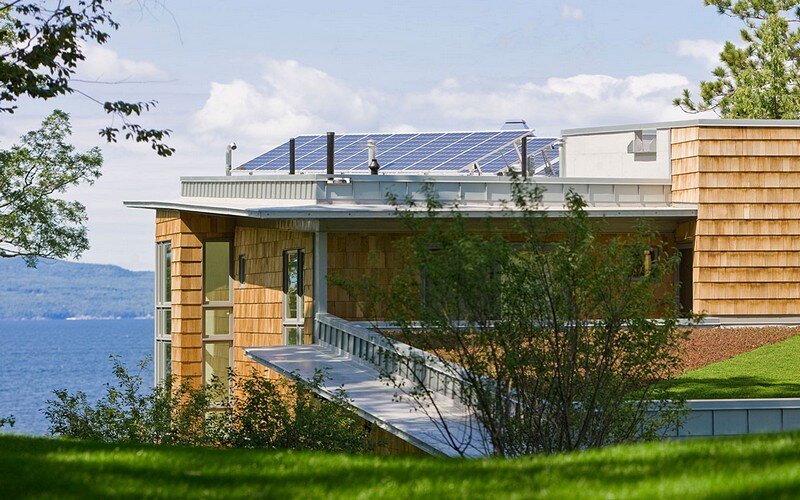 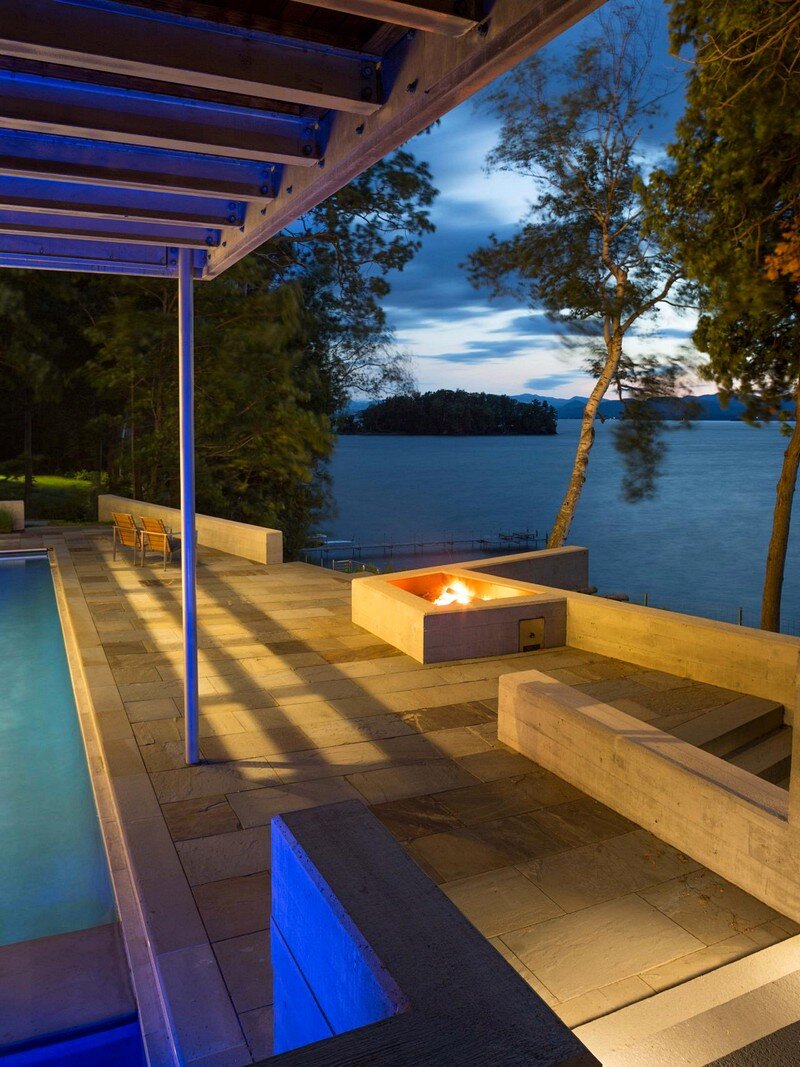 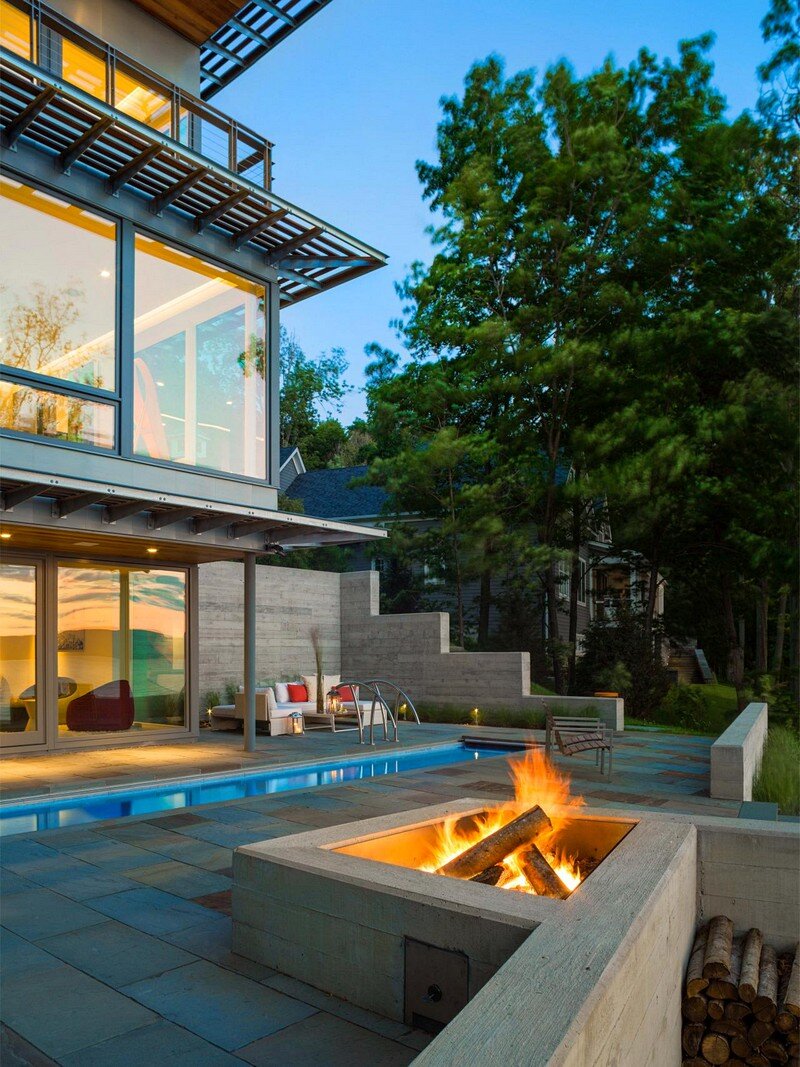 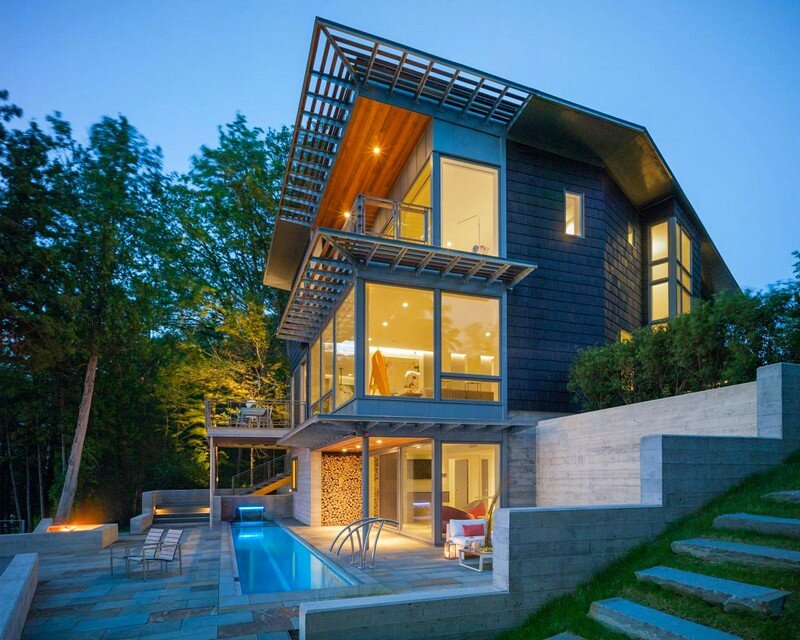