Nook Architects is the result of teamwork of those of us who met in an architecture studio designed by the great, exiled architect Josep Lluís Sert. We slowly fled from a photogenic double-height space towards a nook where ideas went to seek refuge between the heat of the only radiator, effort, work interrupted by laughs, various soundtracks, personal anecdotes, and wit to achieve the best results with minimum sacrifice. Nook is the beginning of a different concept of Barcelona architects that do not want to be exiled.
http://www.nookarchitects.com/ 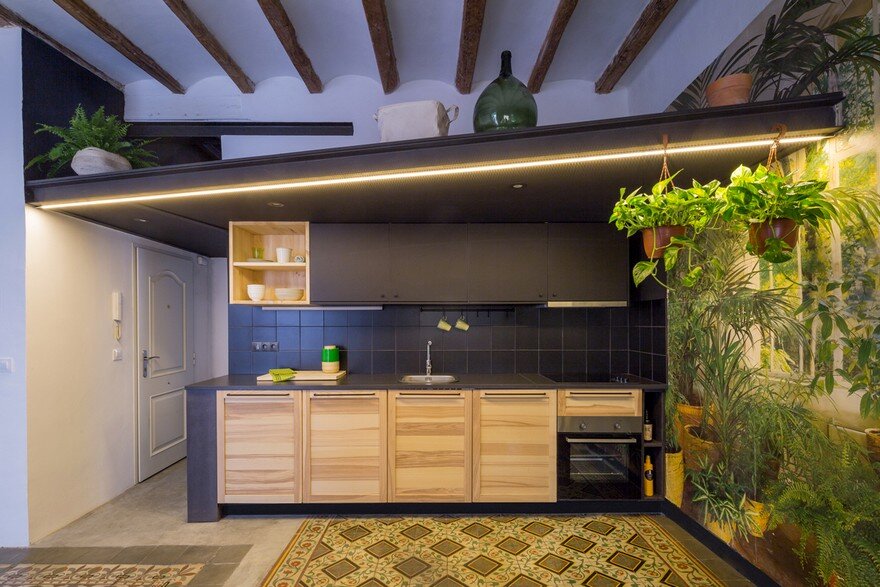 With the experience of the previous projects in mind, this time we decided to do away with anything that we considered to be superfluous, leaving us with a clean, structural enclosure and granting a greater degree of freedom. 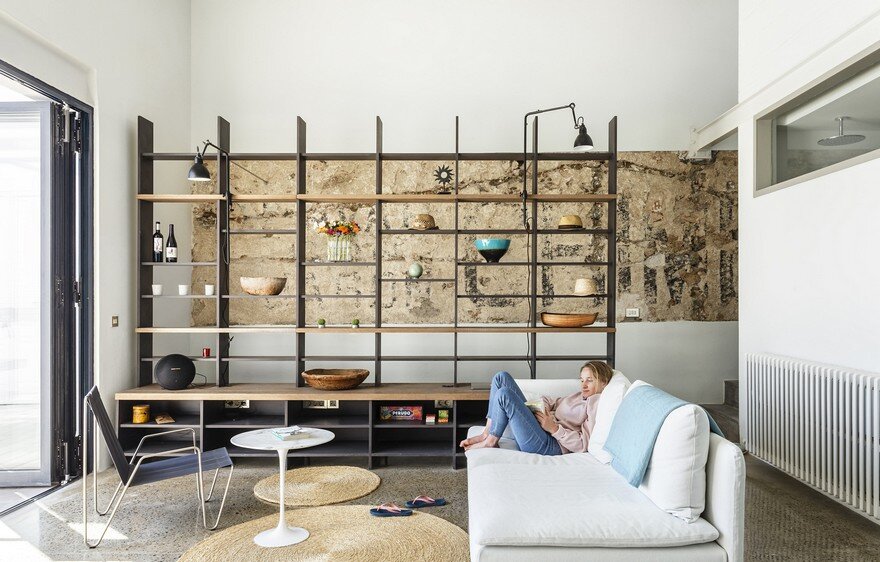 Bordering the Mediterranean Sea, the Camí de Ronda is a historical coast path that connects the villages and beaches of the Costa Brava. Along the way, we find this house, part of a protected complex, in an unbeatable location. 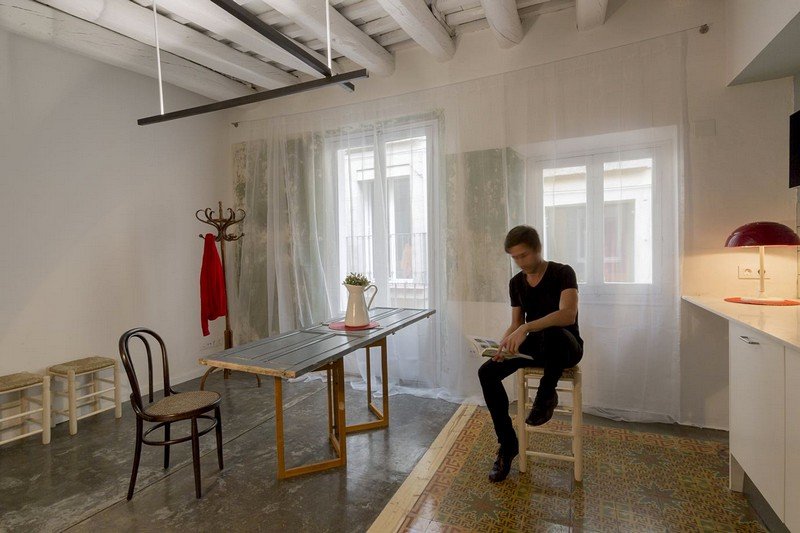 Spanish architects Nook have renovated Roc Cube, a small apartment in Barcelona’s gothic quarter, leaving decorative floor tiles in place to reveal the original layout of the flat From the architect: With Roc Cube we reached the end of a cycle, the renovation of three, very similar, but different apartments on a single building in […] 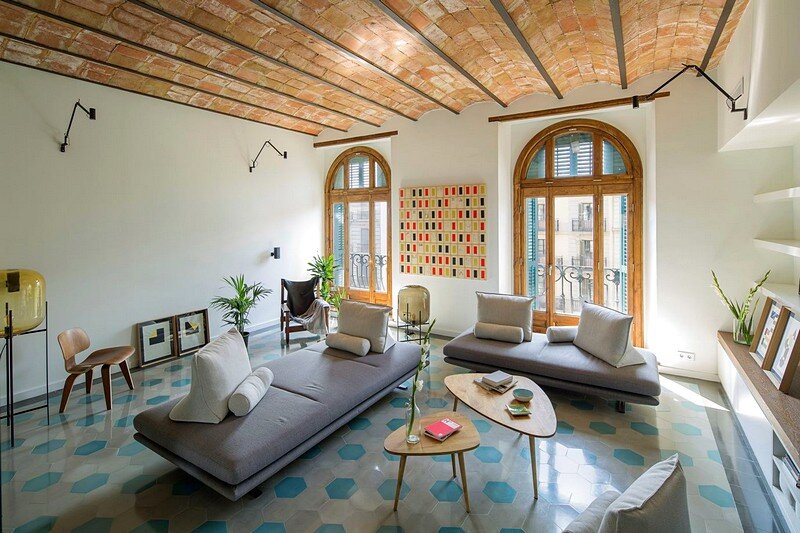 House of Mirrors was completed in 2016 by Nook Architects for a family in Barcelona. The projects we have done so far have had very centric locations within the city of Barcelona: Ciutat Vella, Eixample, Gràcia, Poble Nou… This time, however, it was at the centre of it all. Located in Plaça Catalunya, the first […] 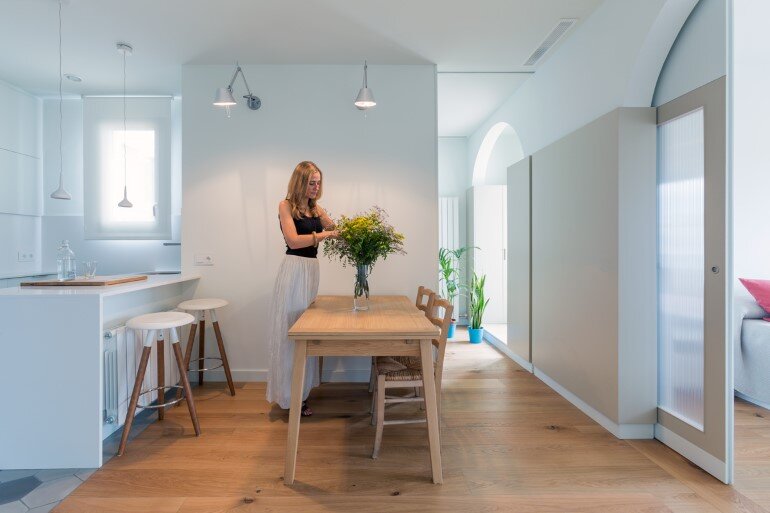 Flatmate Dwelling is a project conceived by Nook Architects and Gustavo Cela in Eixample Dret district, Barcelona. Following the years after the civil war, the economic perils did not allow the city to expand and yet Barcelona experienced a considerable increase of population. Barcelona’s industrial past allowed it to recover slightly quicker than the rural, more […] 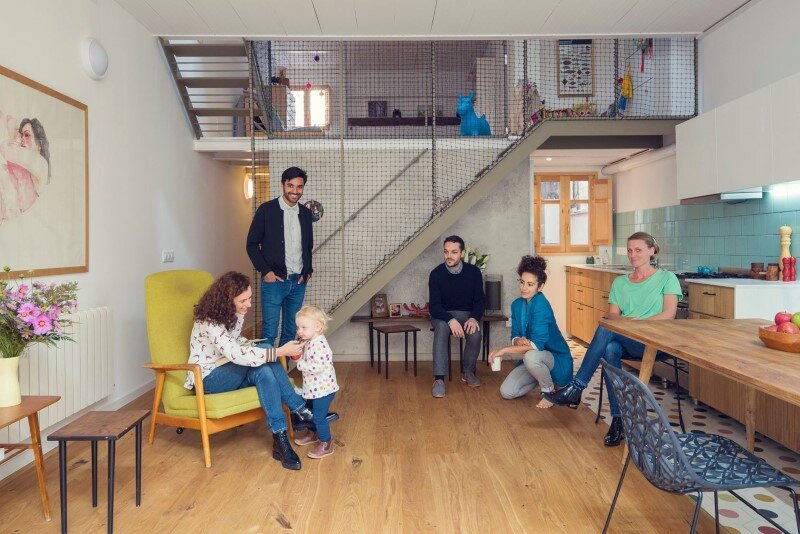 Nook Architects recently have completed Juno’s House, a custom house for a young family in Barcelona, Spain. Description by Nook: Our clients purchased a row house with the intention of doing a modest refurbishment: to renovate the kitchen, opening it to the living room, adding a new bathroom and give the whole a fresher look. […]