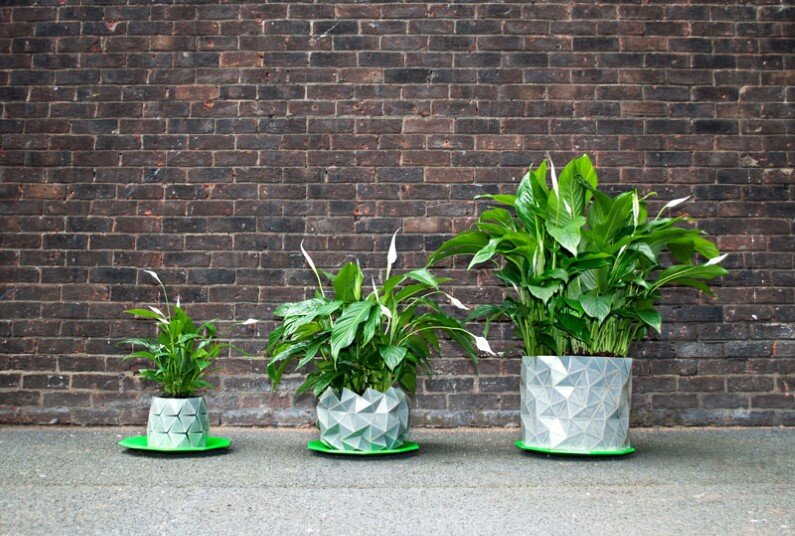 Ayaskan Studio has designed an original origami-pot that adapts to plant growth. Studio Ayaskan was formed by Bike and Begum Ayaskan, a twin designer duo based in London and Istanbul.

The designer’s presentation: GROWTH, with its origami-based geometry, transforms and grows with the plant, as the plant itself unfolds over time.The life cycle of a plant is a transformation, from an early seed to its full grown size; the blooming of a flower, the unfolding of a leaf, the branching of the roots. This process is what GROWTH aims to capture within a plant pot.

Growth arose from a contemplation over the relationship between nature and the manufactured object and finding a way to merge the two together. As a result Growth, through it’s carefully calculated origami pattern, mimics nature’s ability to grow and transform by unfolding over time, bringing these qualities to the manufactured object 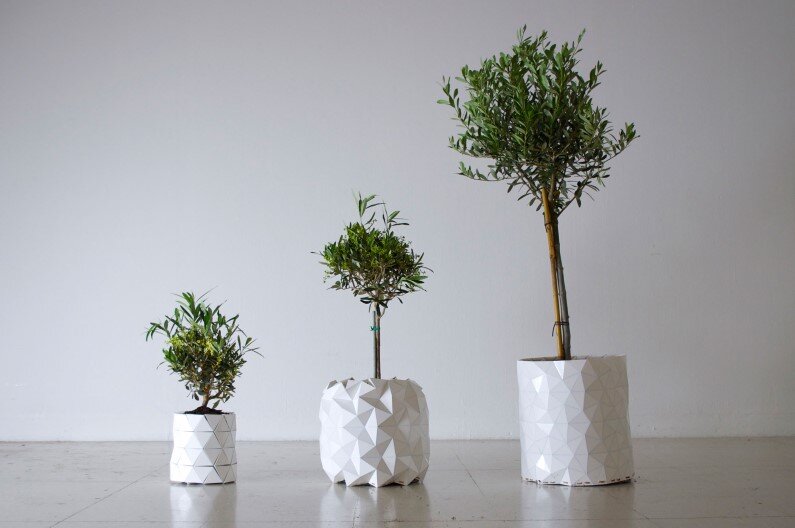 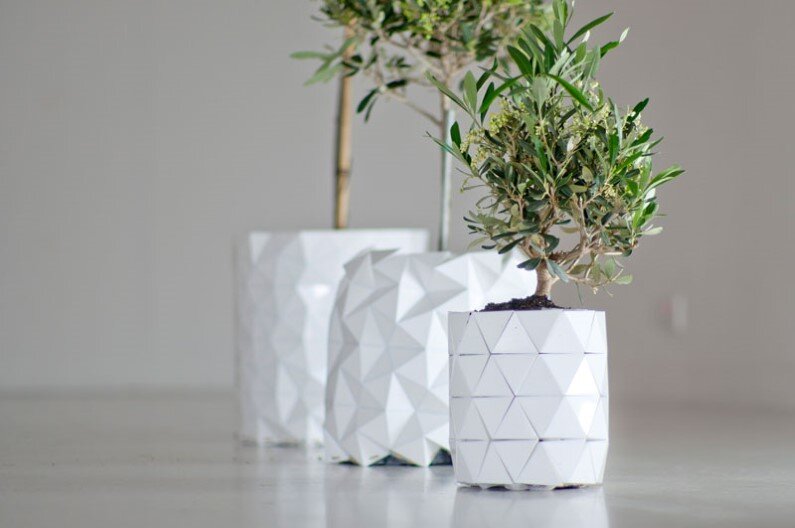 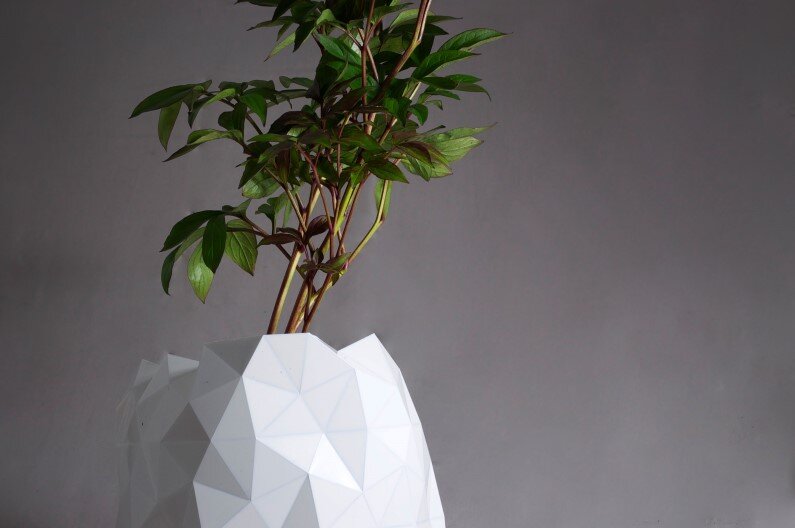