Moxon Architects has transformed a Victorian townhouse in Islington into a bright, contemporary living space for its private client. Her dream was a series of minimalist open spaces for living, entertaining, and enjoying her garden.

The design solution enhances openness and connectivity to improve accommodation and creates a home that caters better to modern family living. The design approach was to improve the existing accommodation while preserving and enhancing the building’s character both internally and externally. The architects reconfigured the entire building, maintaining the overall hierarchy of entertaining spaces at the bottom with private spaces above.

Creating a living space that opened onto the rear garden was the starting point of the design. Having grown up in a warm climate, the client specifically chose this property for its south-facing rear garden. With this orientation, Moxon was able to create a sun trapping sunken garden of light, self-finished materials. The core functions of the Rydon Street house: cooking, eating, and relaxing are thus bookended by external spaces that provide a gradually changing stream of natural light throughout the day.

Situated within the Arlington Square Conservation Area, the existing Rydon Street House was a tall yet narrow four-storey (including lower ground floor) Victorian terraced house with a cellular layout. The original building layout was disconnected from the rear garden, the property’s strongest attribute for the client, whom Moxon had worked with a decade earlier.

In order to maximise the potential of the tight plot, the entire lowest level was excavated, and an existing recessed patio was lowered further, creating an efficient yet generous, full-width living space with a kitchen and dining area that opens out into a sunken garden.

In keeping with the client’s aesthetic preferences, visually clean materials were chosen throughout the house. A crisp palette including white concrete bricks, a white resin floor, oak, Corian and marble serves as the backdrop to her collection of art and modern furniture and lighting.

Existing period features in the entrance hall, upper ground floor and stairway have been retained and refurbished while new elements are distinctly modest and contemporary. This contrast places emphasis on the building’s heritage and key features such as window surrounds, stair balustrading skirtings and cornicing remain dominant.

A pared-back material palette, large glazing, and carefully integrated storage and amenities introduce a sense of openness and calmness to the scheme. The light-filled living space is complimented by a kitchen, dining table, floating sideboards and under stair storage, all intricately crafted by Jack Trench. 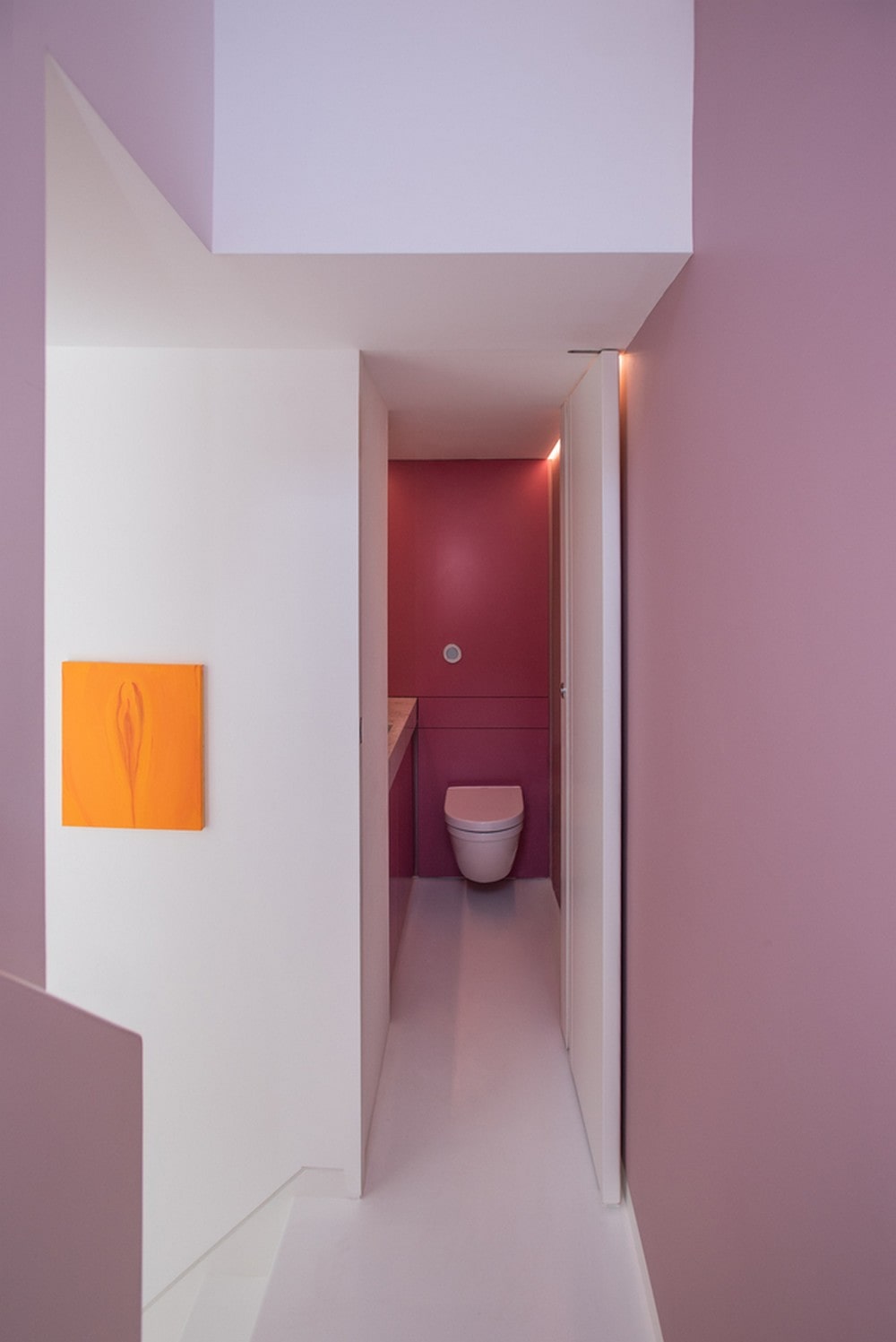 An exception to the minimal aesthetic is the refurbished front sitting room with its original shutters, historic fireplace, cornice, and ceiling rose. Plush furnishings and deep blue walls complete the space as a counterpoint to the other rooms in the home. 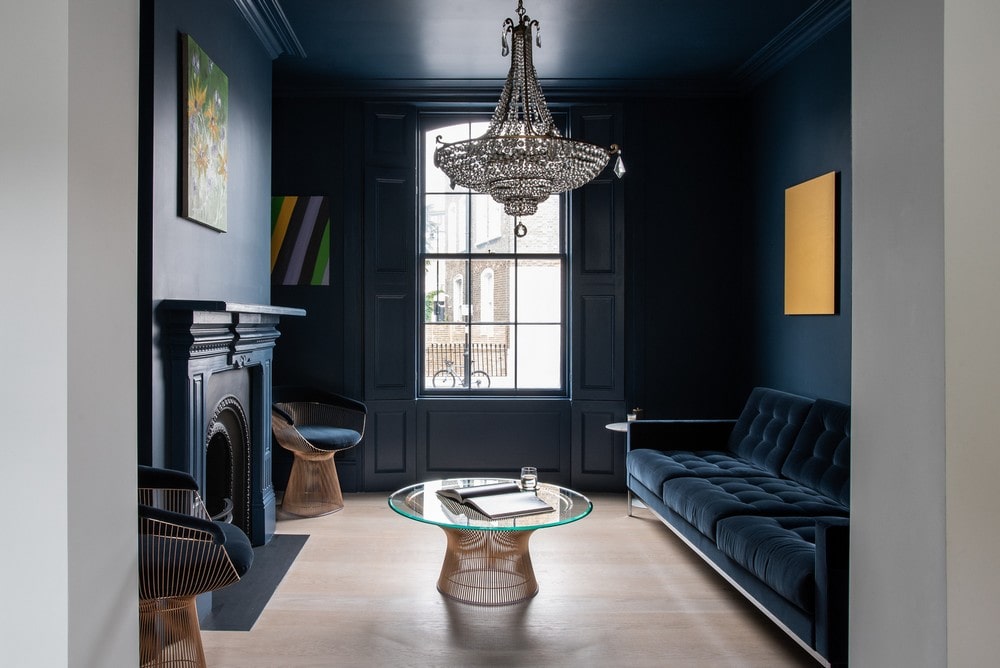 Creating generous, unfussy spaces was the most important aspect of the design. Making the most of the house’s narrow width was a challenge that resulted in a hardworking and highly efficient plan. While the primary rooms were extended to their maximum proportions, secondary supporting functions were inserted into the resulting gaps like pieces of an interlocking puzzle. The result is a range of spaces varying in scale, that all feel as though they’ve settled into their rightful places. 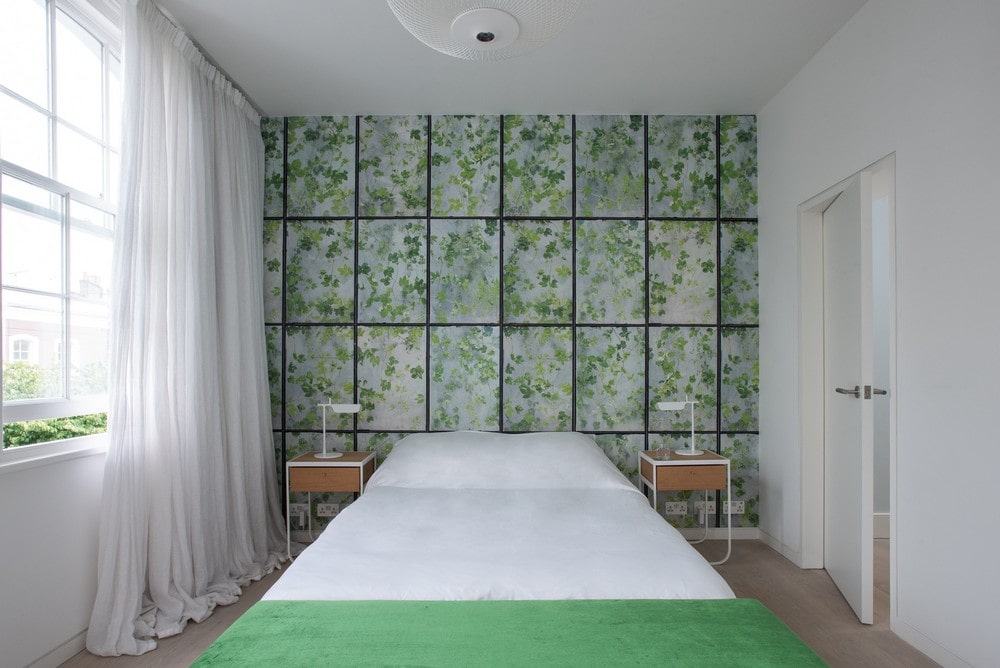 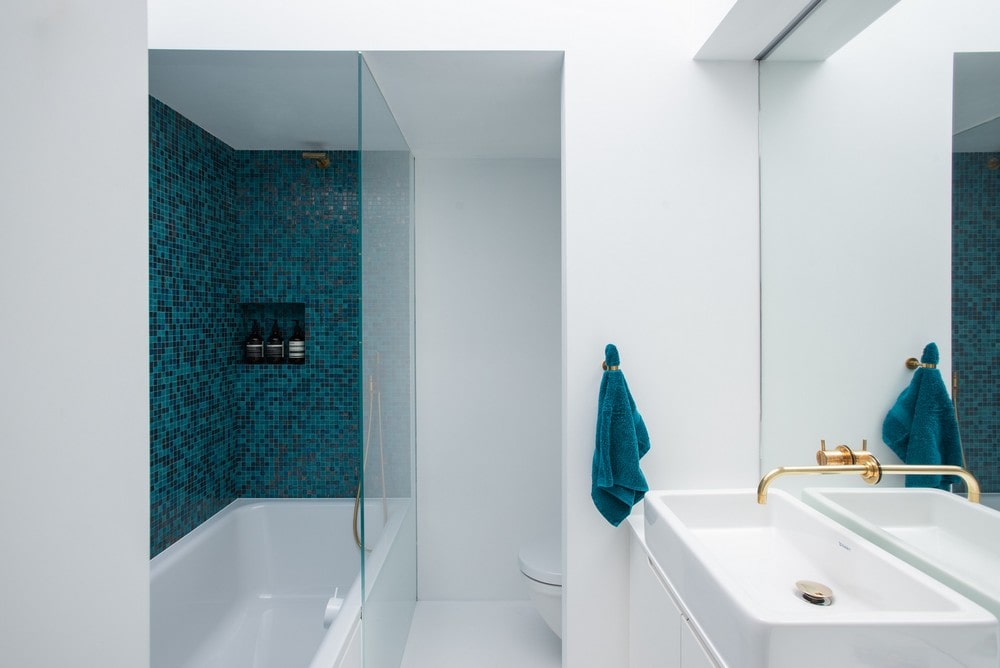 7 Things to Consider when Building a New Area at Home

A Contemporary Home Addition with a Glass Floor

Jaffa Apartment, a Collection of 300-year-old Spaces Built Around a Central Patio

In the design of the Jaffa apartment, an engineering effort was invested to connect the spaces in scope to create a flow between them.
Read more
Lighting Design

The Light Sculpture Forms in Nature – a Fascinating World of Roots

There is a real fascination for roots. They are the metaphor for our origins, where we come from and where go, and a link...
Read more
Product Design

ONYX sofa is 3 meters long and it was made from carbon and Volvic volcanic lava stone by Pierre Gimbergues for Peugeot Design Lab. Volvic is a small locality in the department of Puy-de-Dome, France, known for its mineral waters.
Read more
Apartments

Restaurant and Hotel in Pottery Factory Montalván in Triana, Seville

The project began with a detailed research of the property. As a result of it, all the pottery that was left on the old Montalván Factory’ shelves (today Restaurant and hotel) has been recycled to create a unique contemporary architecture ...
Read more

The Modern Transformation of a Historic Mansion in Århus, Denmark

Medieval House Gets a Contemporary Renovation in Catalonia

Victorian Style House in Melbourne Gets an Elegant Refresh

Taking Down the Walls – A Project by Studio Dulu