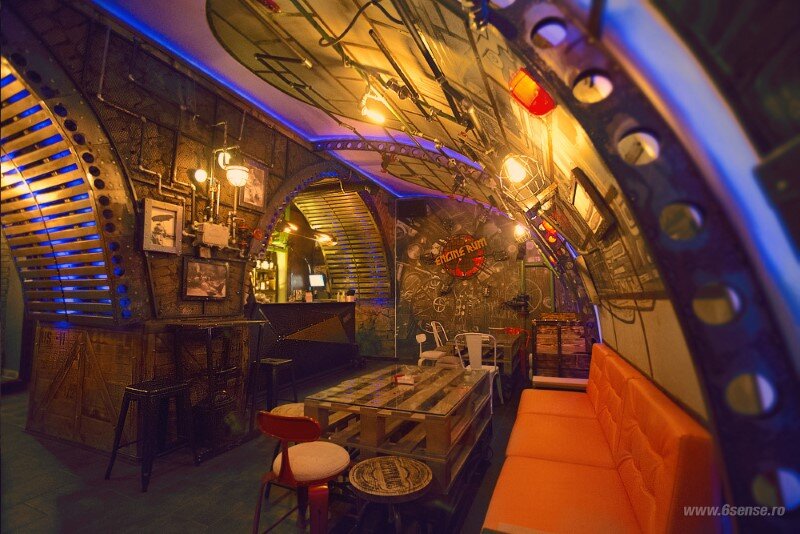 Description by 6th Sense: We are embarking on a new project. The initiative comes from a former client, the same one we succesfully collaborated with in creating Joben Bistro. This time, we are to recreate the interior design of the space of the former club The One. 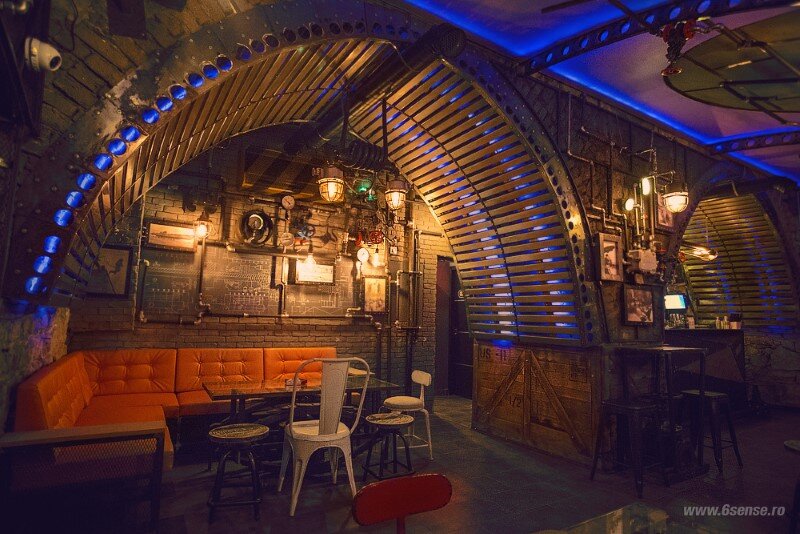 2014 – 6th Sense Interiors come up with the idea of a themed pub meant to faithfully render the interior of a submarine. The vault shaped ceiling as well as the wagon shaped space divided in two different rooms seem perfect for this kind of design. “Submarine”, in its final form, will have a large and small room, each with its own bar according to their size, together with a small booth. 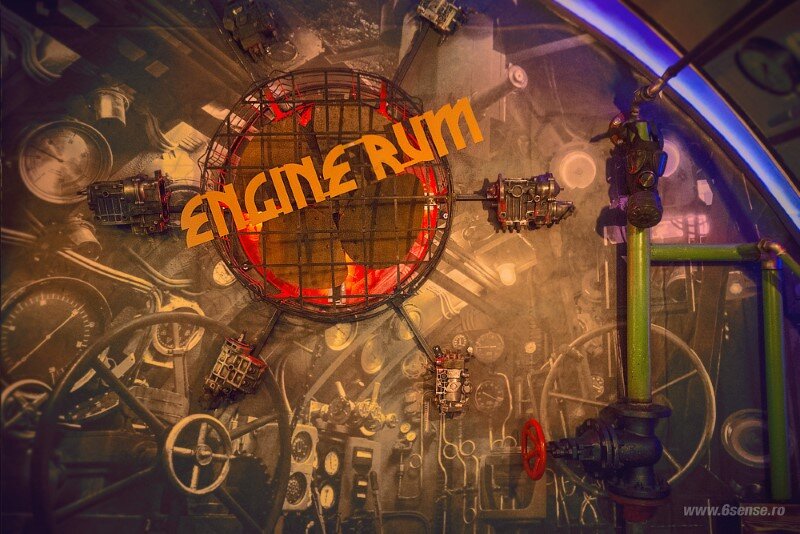 According to the concept idea, the design was supposed to include several details that are commonly found inside any submarine: control panels, periscopes, visible pipes, bolted metal doors, torpedoes, radars, maps. “Submarine” includes two serving bars that have the shape of a submarine made of metal, an antiaircraft booth for the DJ desk, and mobile torpedoes moving on the ceiling. The small room is called the Engine room, because of the big propeller powered by engines. 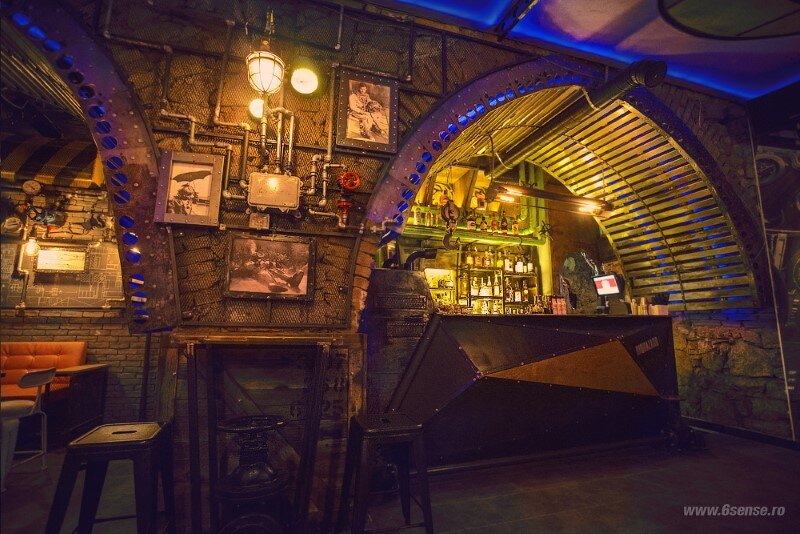 Spring 2014 – We create concept sketches and the image documentary. We offer additional advice and assistance. It all ends suddenly. The Submarine project and its original concept design created by 6sense is taken over by Nado. The execution of the metal structures is done by Elderom. The pub is designed in industrial style with steampunk features. 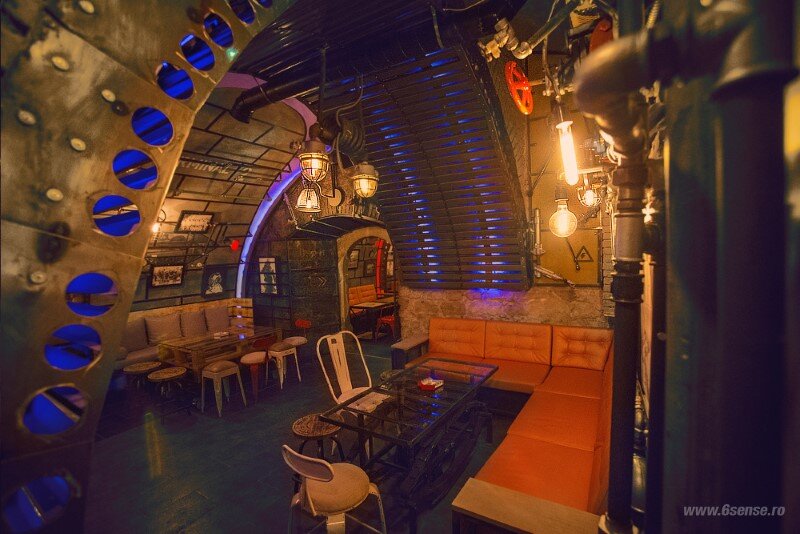 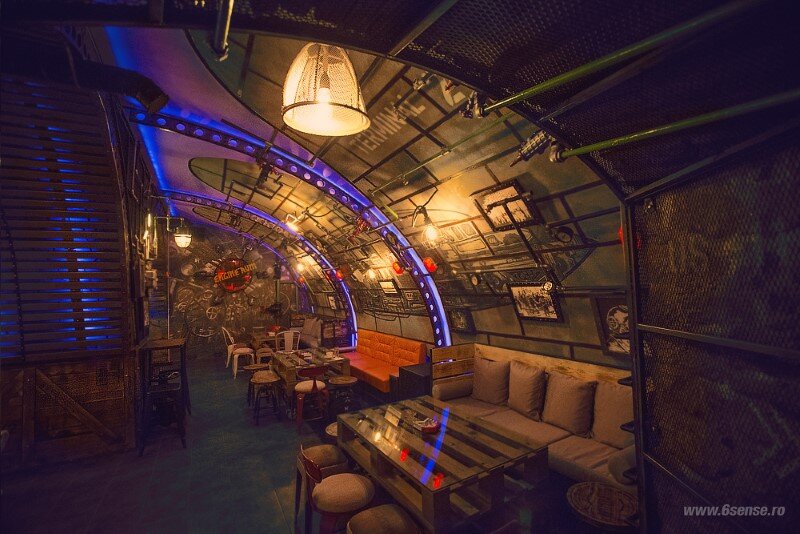 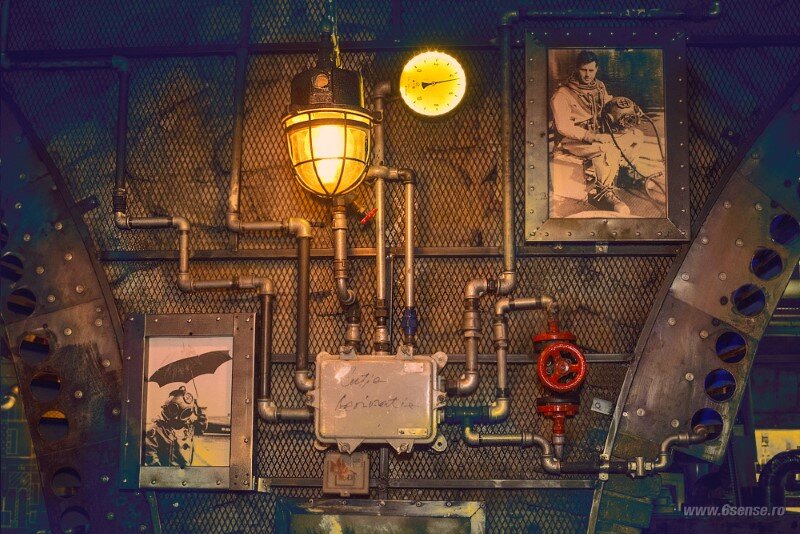 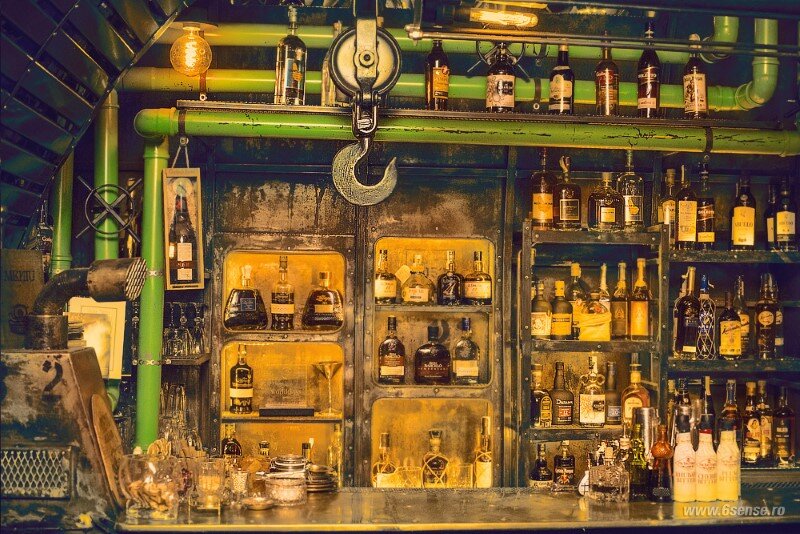 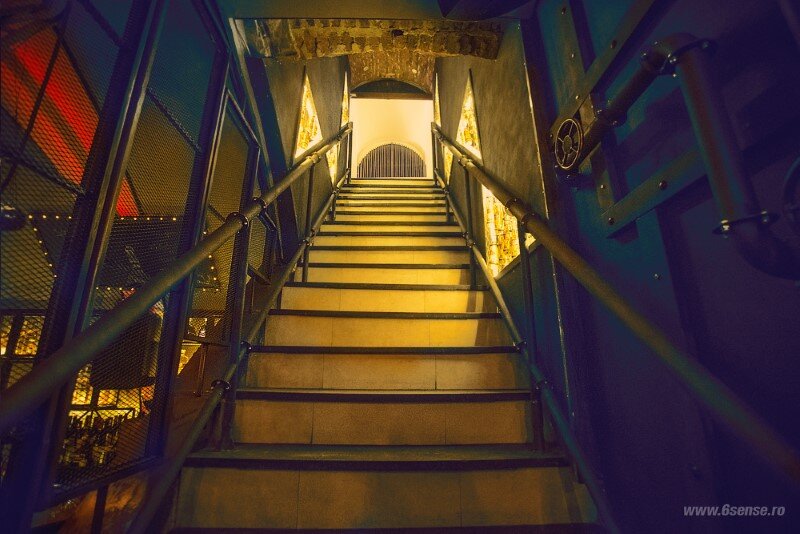 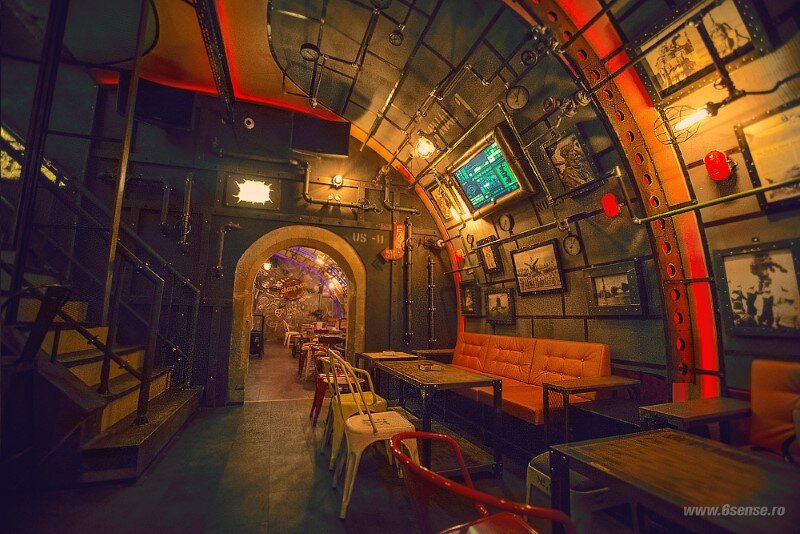 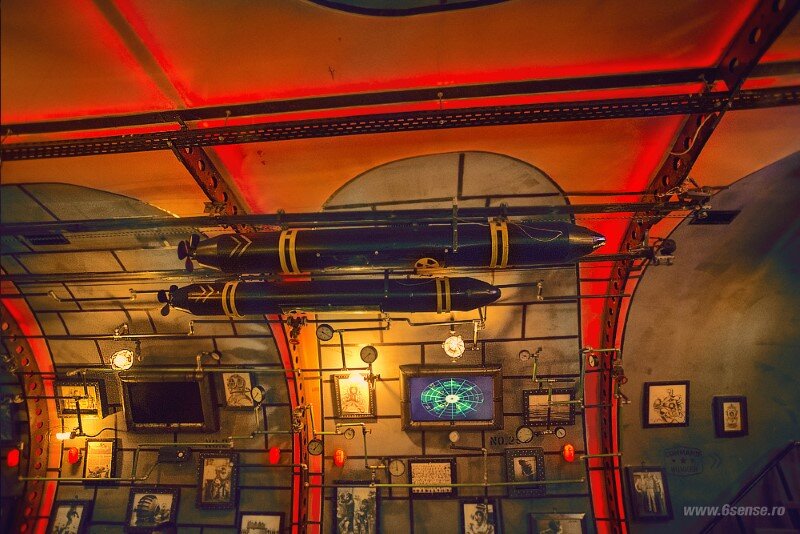 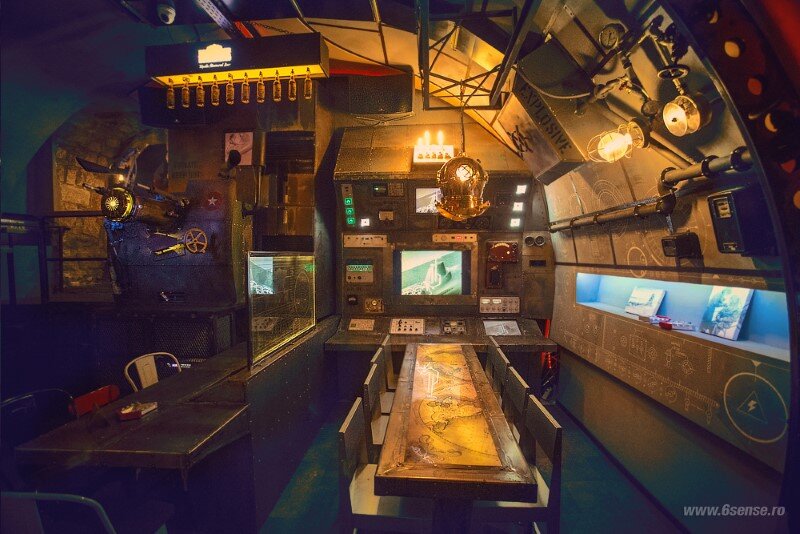 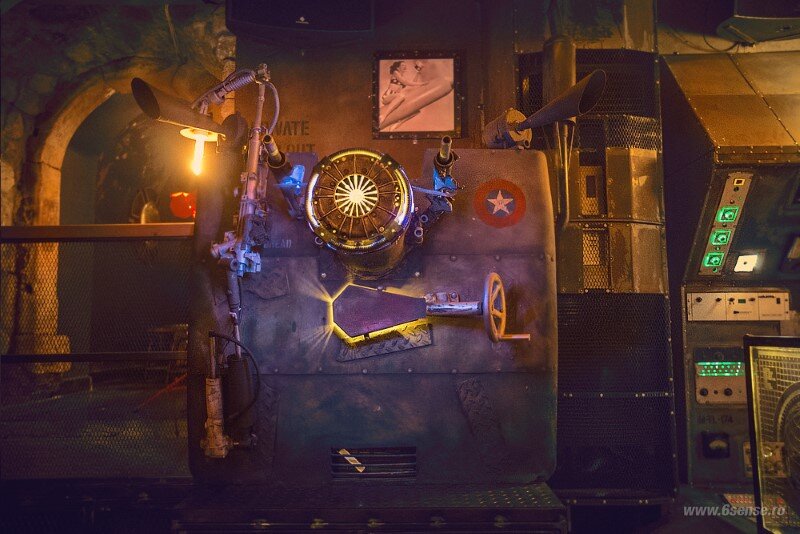 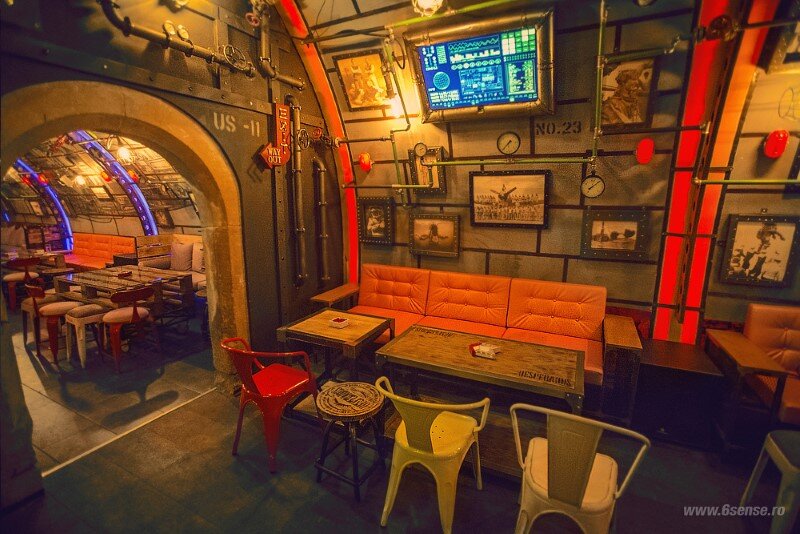 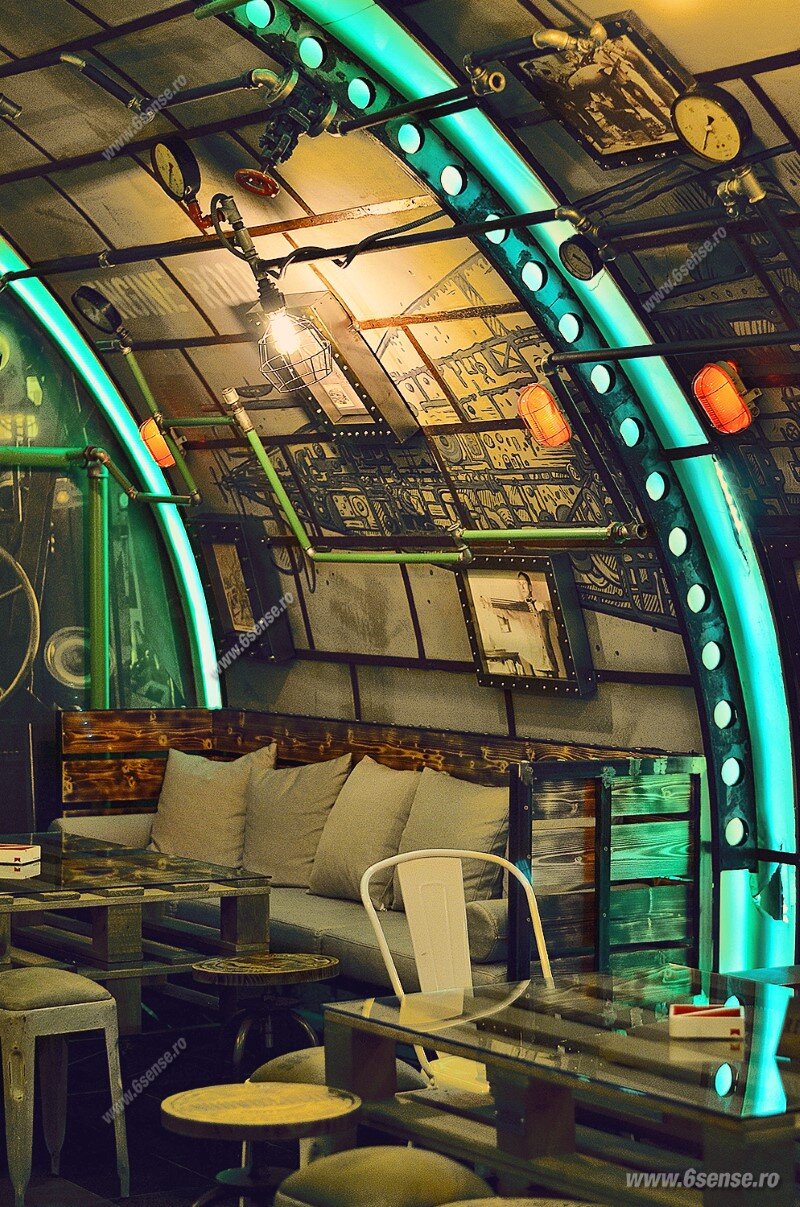 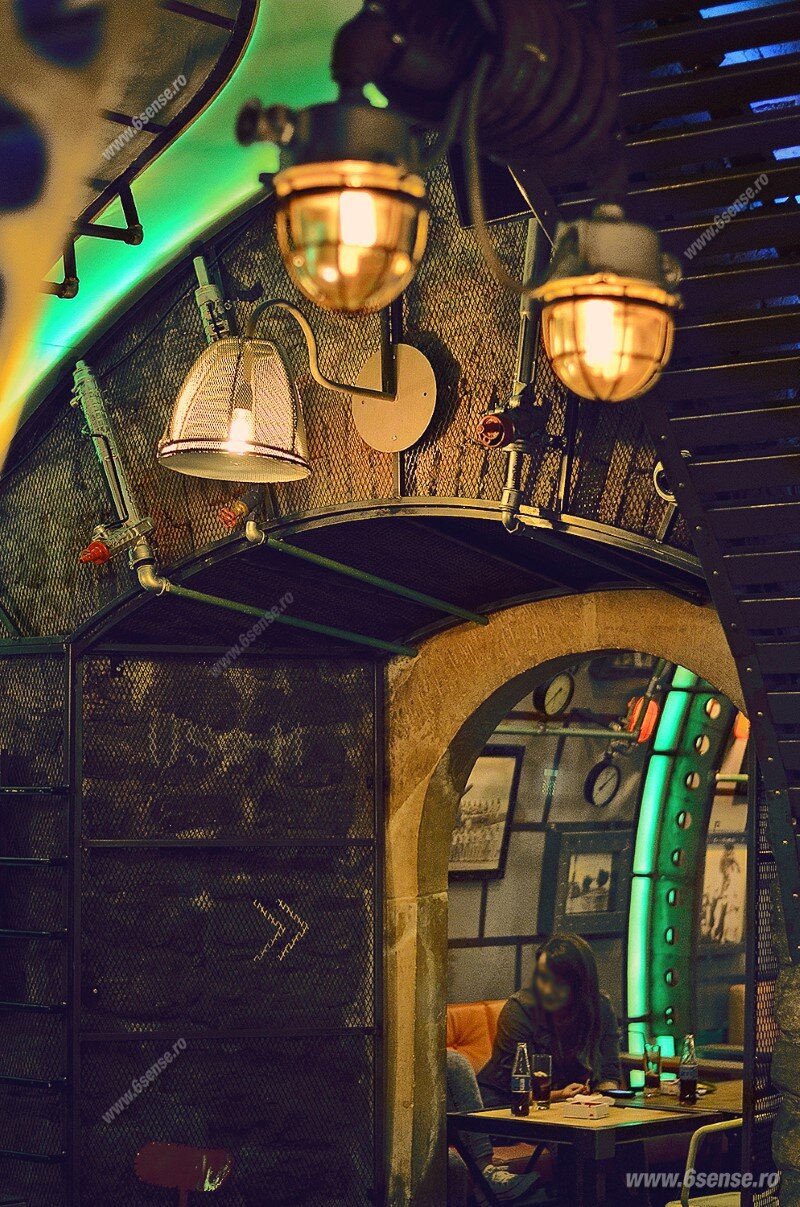 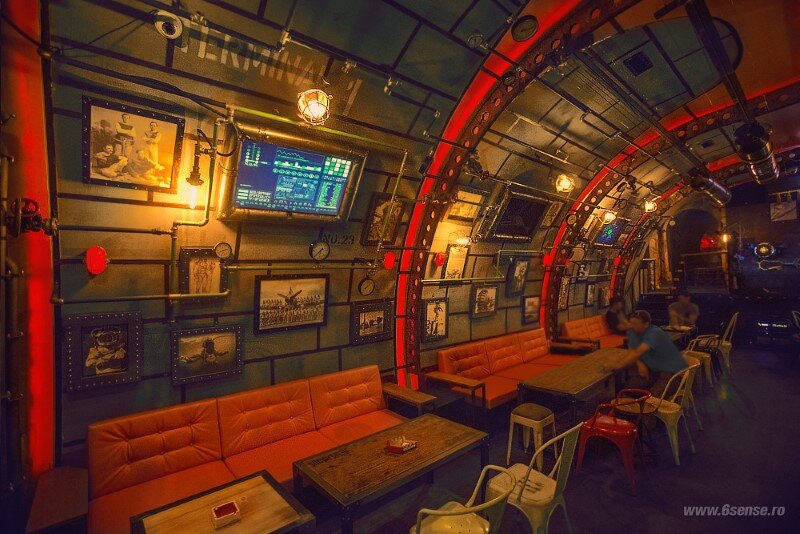 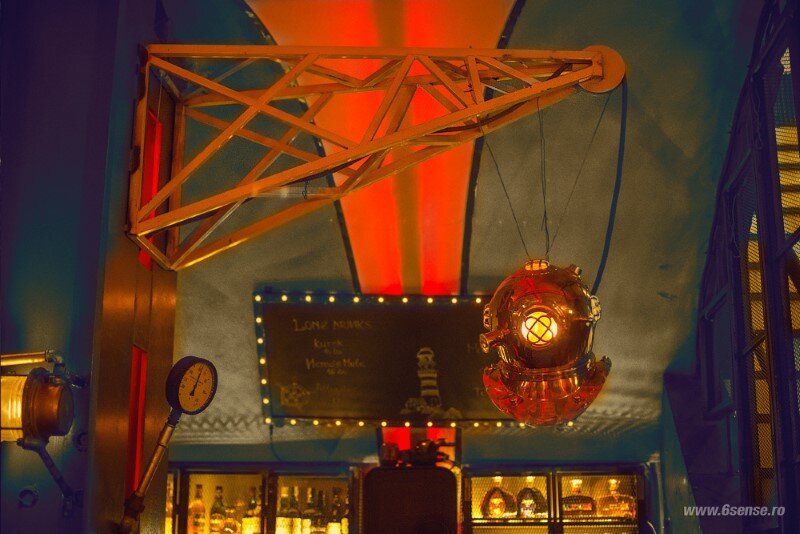 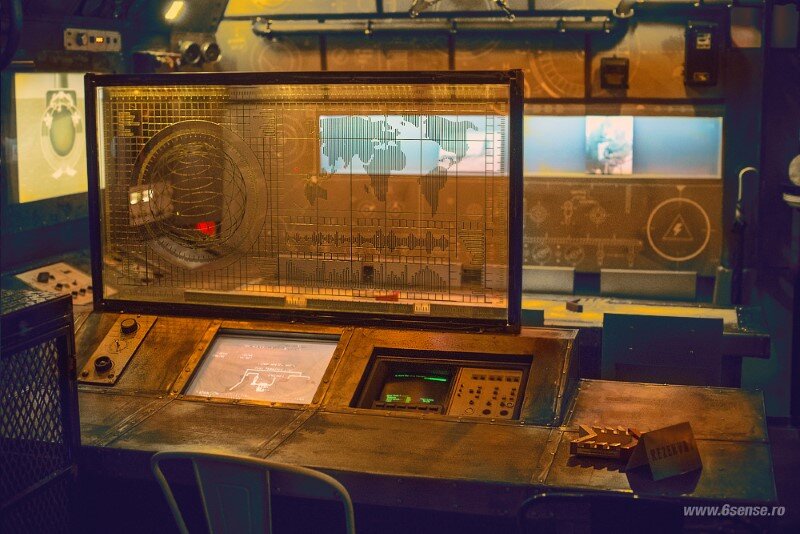 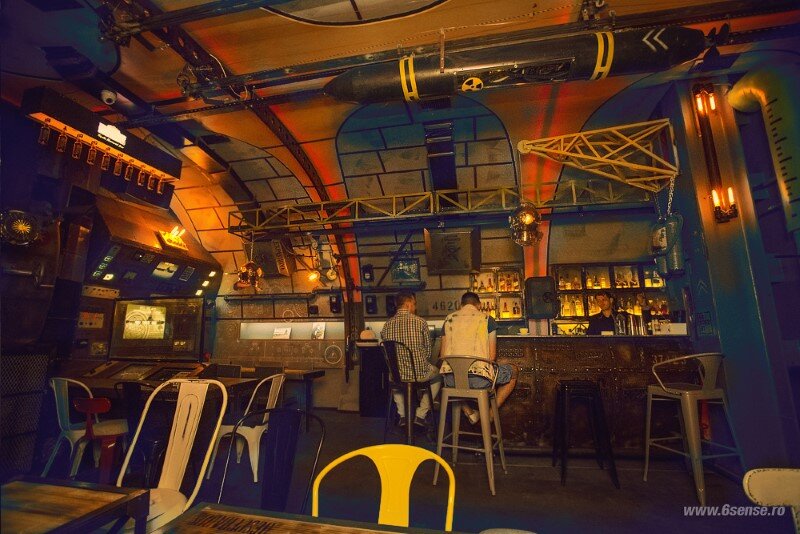 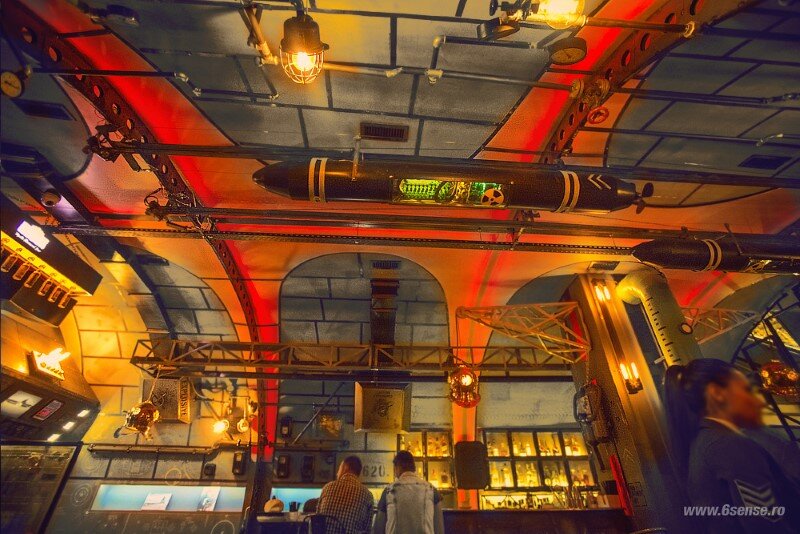 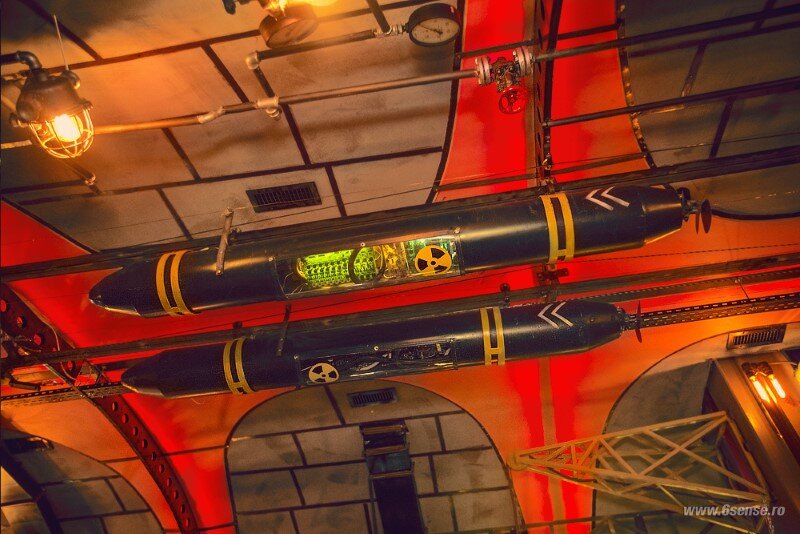