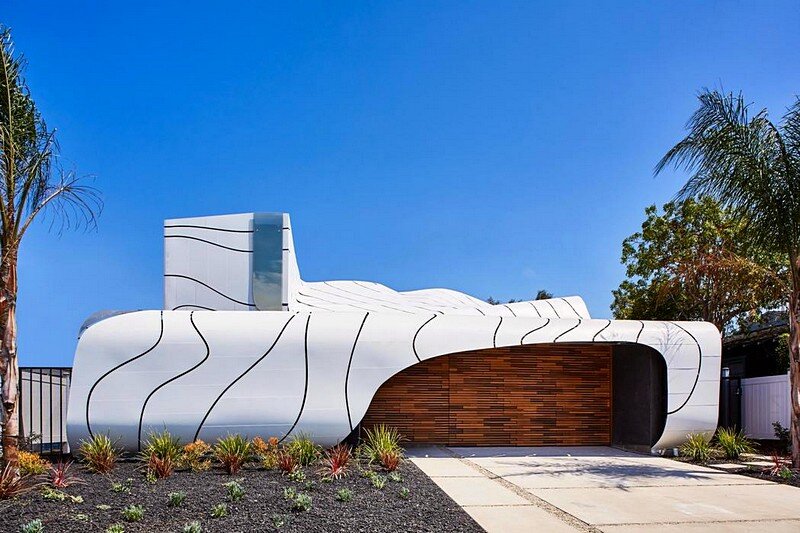 From the architect: Hundreds of unique pieces assembled into a self-organizing form. Similar to the way a tailor crafts a suit of clothing, the aluminum skin was digitally rolled and unrolled, then cut by a CNC machine and finally attached to a complex metal substructure made of straight lines, leaving a space between the white aluminum panels of exactly one and three/forth inches. The shadow lines flow continuously nearly 60 feet starting from the top of the parapet, down the roof, until finally cascading to the bottom of the front wall. 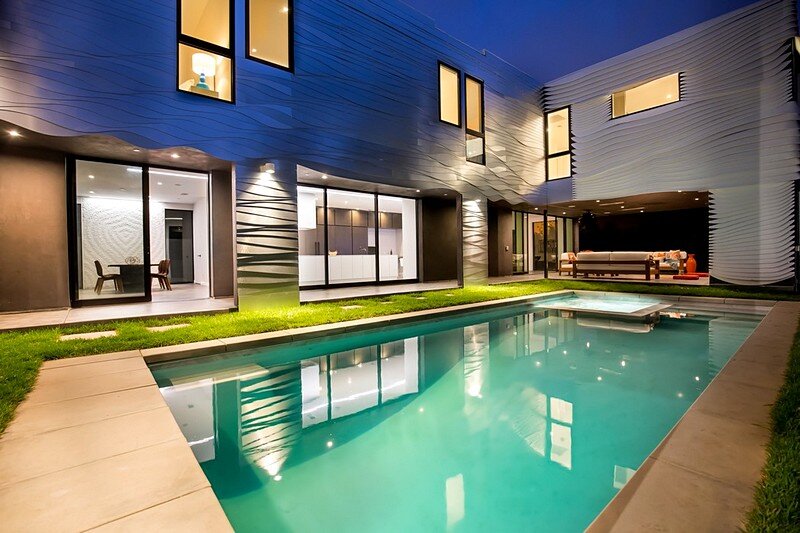 THE SKIN
A Self-Organizing Form Constructing the organically-shaped facades of The Wave House required trust in the power of calculus and the development of an entirely new architectural vernacular as Romano set forth to manifest his vision for the home. 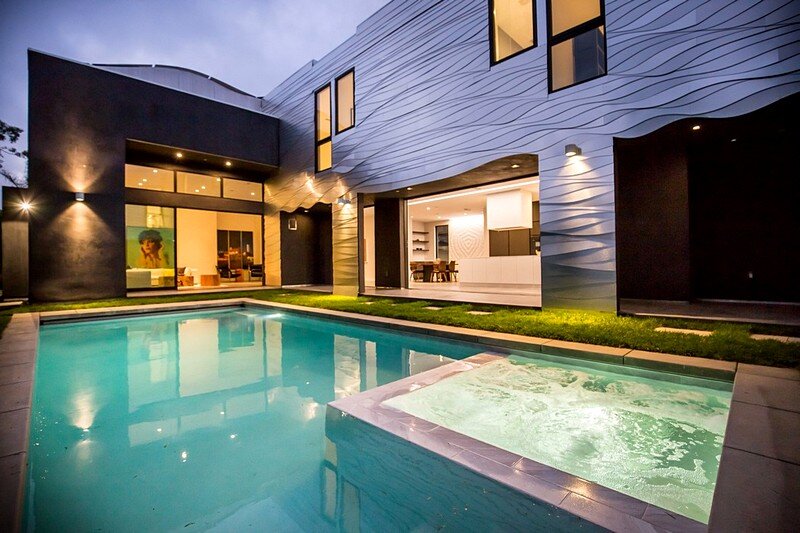 CASCADING ALUMINUM
The home’s aluminum skin is skillfully orchestrated, emulating the beauty of nature’s own eloquent geometry. Appearing as if one massive undulating facade, the painted aluminum flows from over two stories high until finally arriving to touch the ground in one single flow. 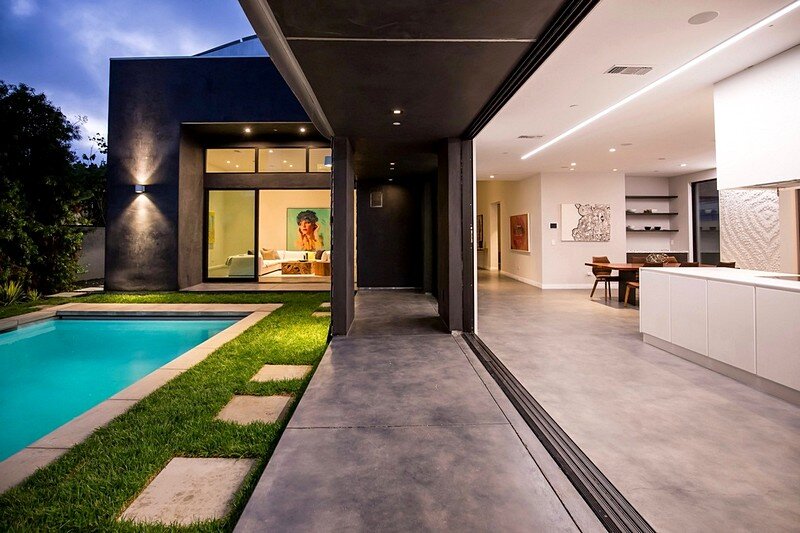 “I wanted to unite the sky and the earth in a single move, an architectural element that no one has ever achieved.” There are over 300 unique and custom cut aluminum pieces within this skin, organized to form one massive architectural movement. Unable to use traditional architectural jargon like roof, wall and eaves, Romano and his design team created new words to describe what they were creating, often embodying the forms one finds in nature — fins, icing, river lines and feathers. 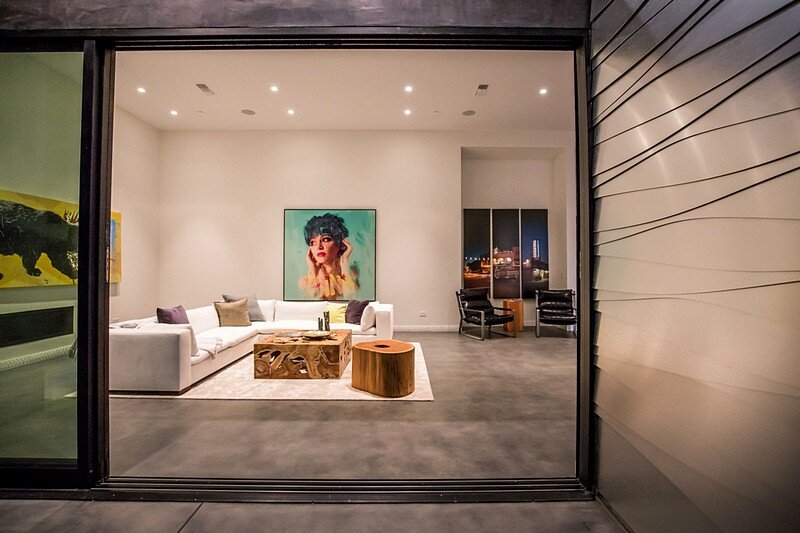 DIGITAL TECHNIQUE
In order to achieve the design-build of this rippling rainscreen, specialized computer software was used – the same used to design automobiles, aircrafts and boats.Using parametric tools like Rhino’s Grasshopper, Romano and his design team were able to digitally script the “rule set”, then freely adjust hundreds of individual pieces until the rippling affectation was met. 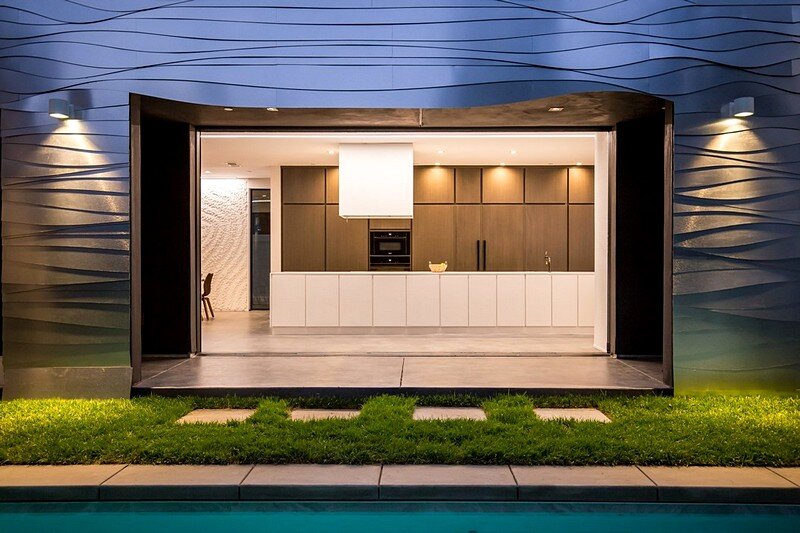 BIRD FEATHERS
Ornamenting the courtyard wall is an intricate overlapping of “feathers” rising two stories high, keeping the house drier and cooler by allowing more air to circulate. Pitched at 30 degrees, the shadows caste throughout the day are constantly iterating. 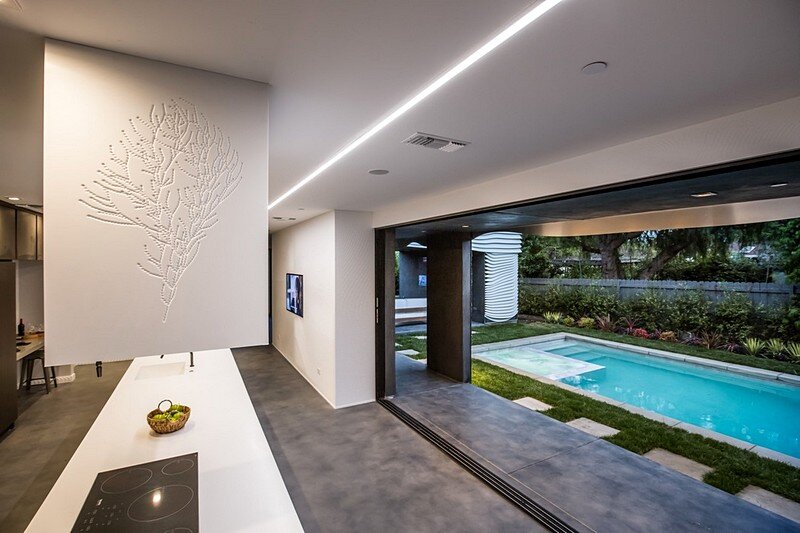 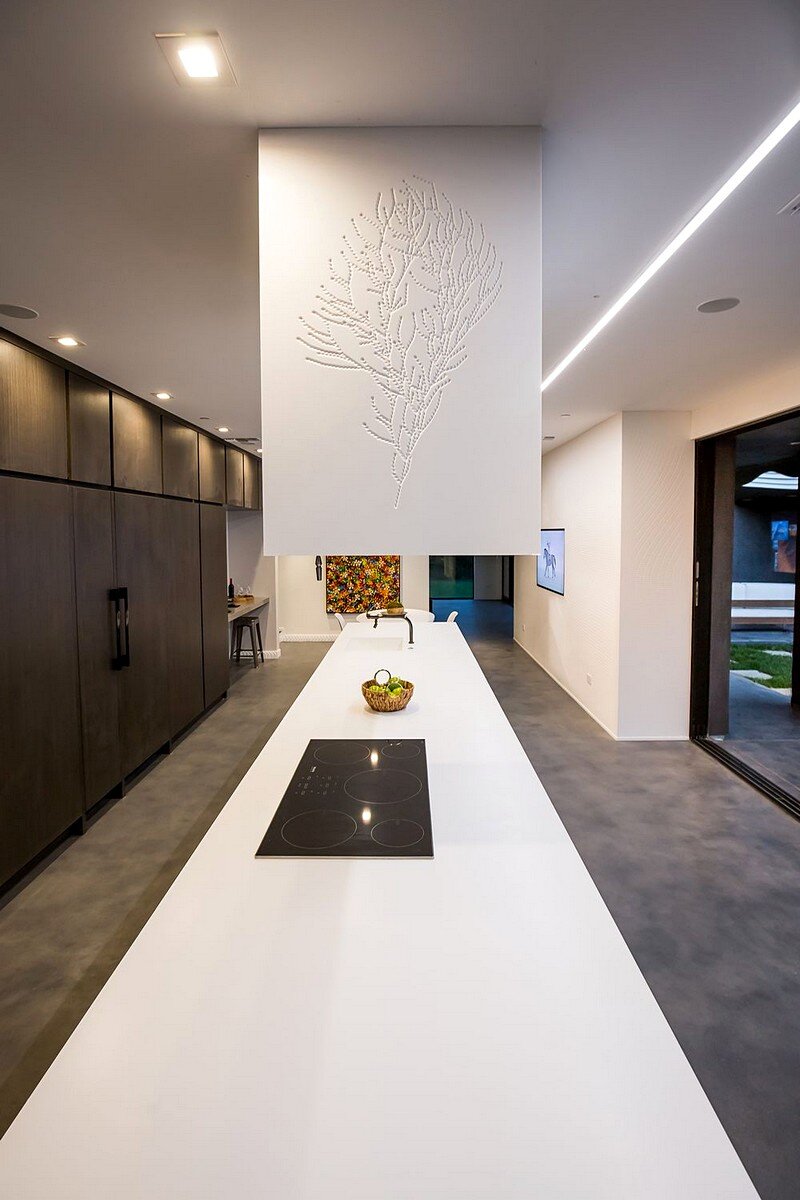 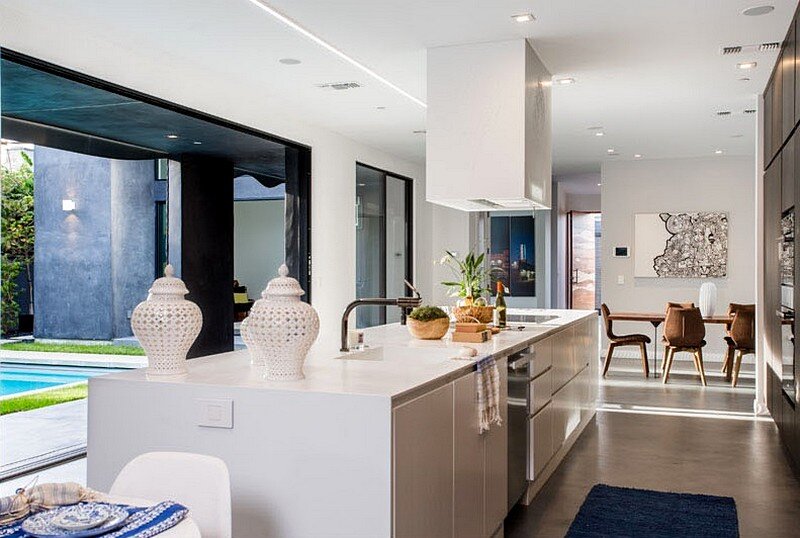 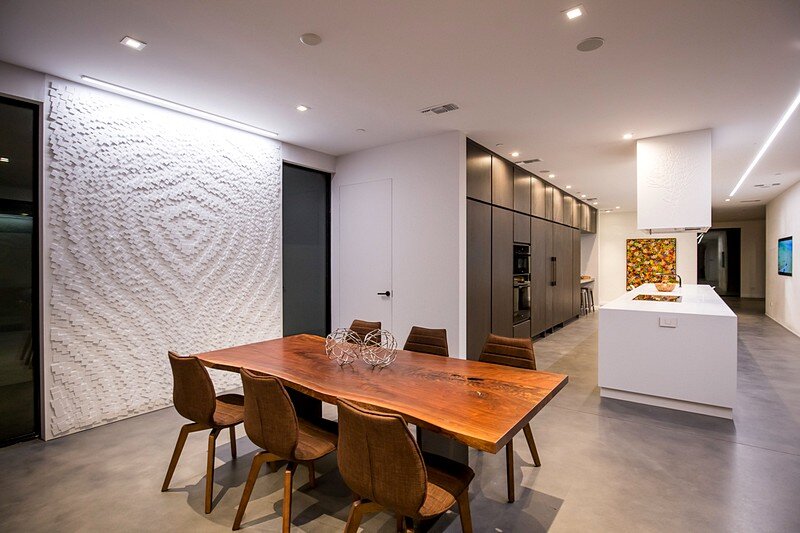 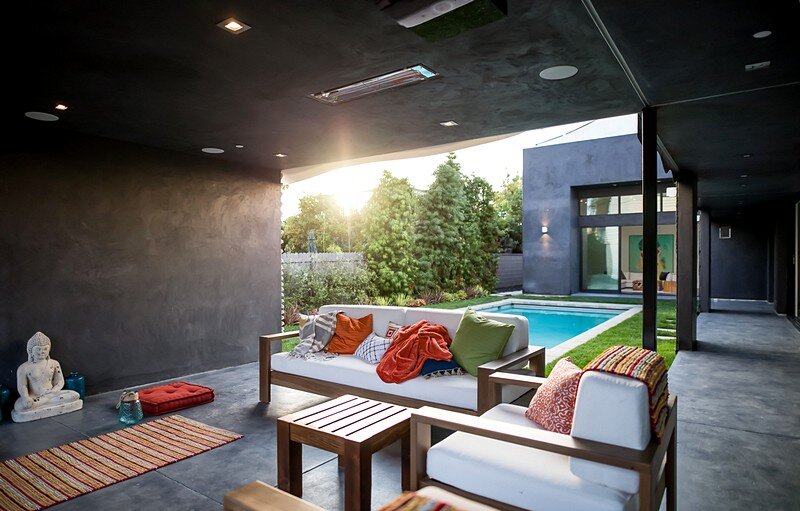 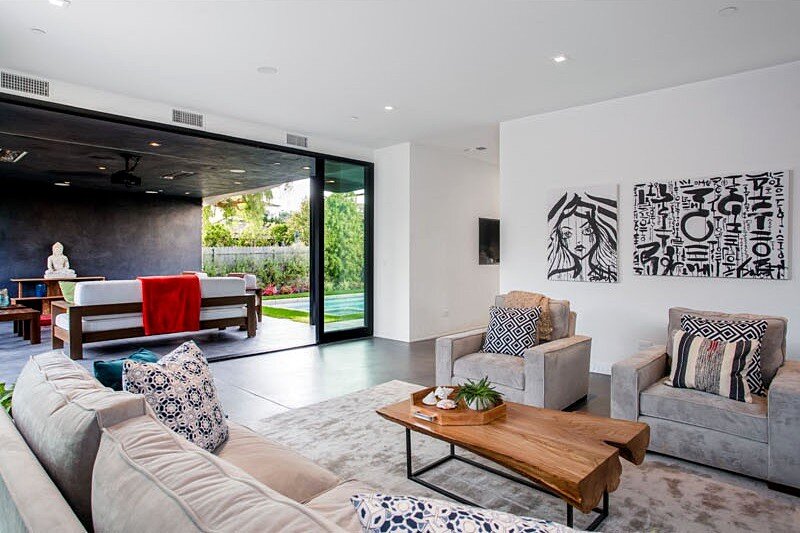 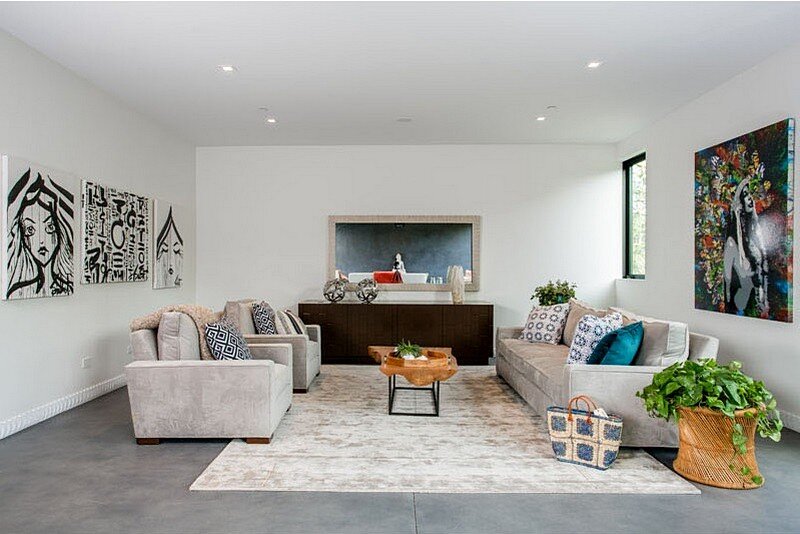 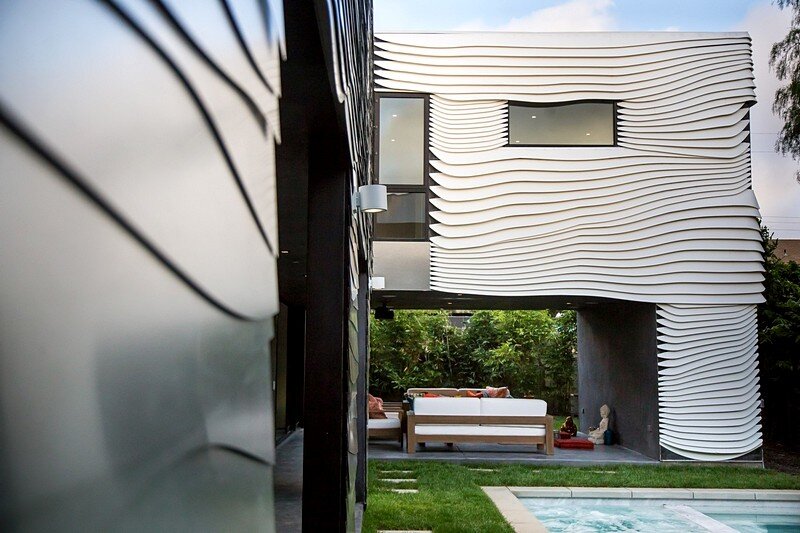 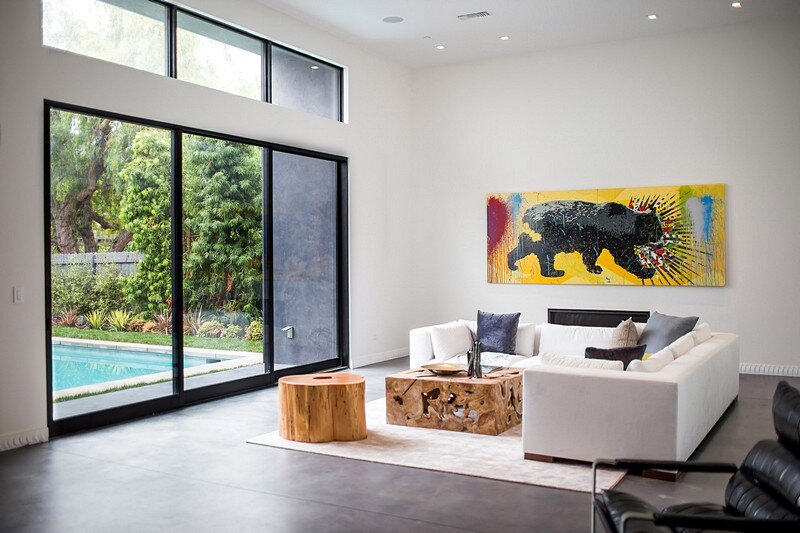 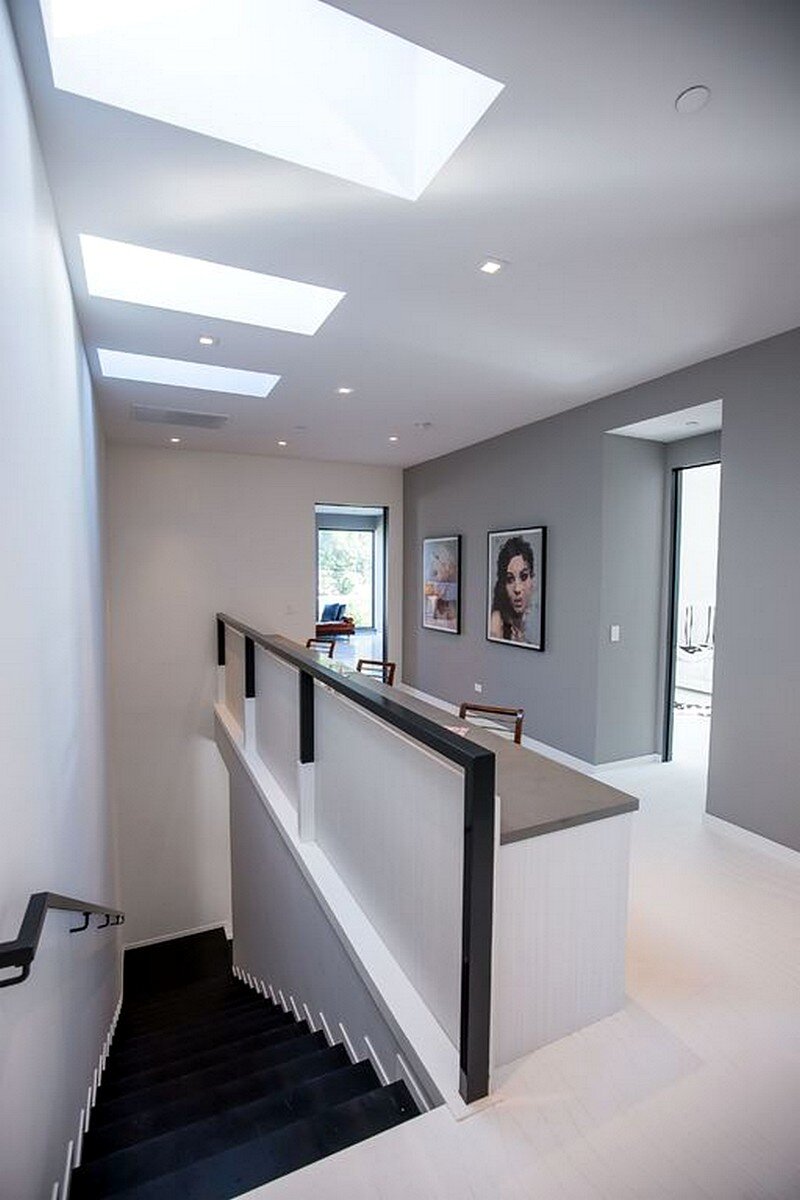 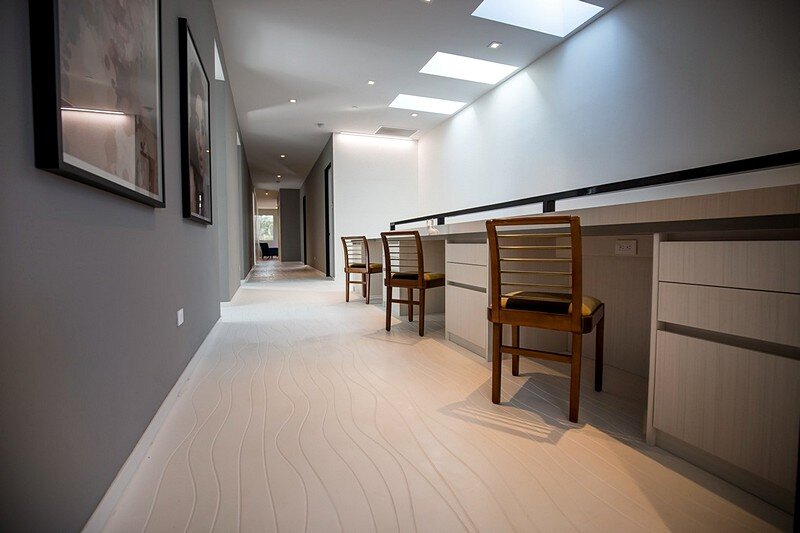 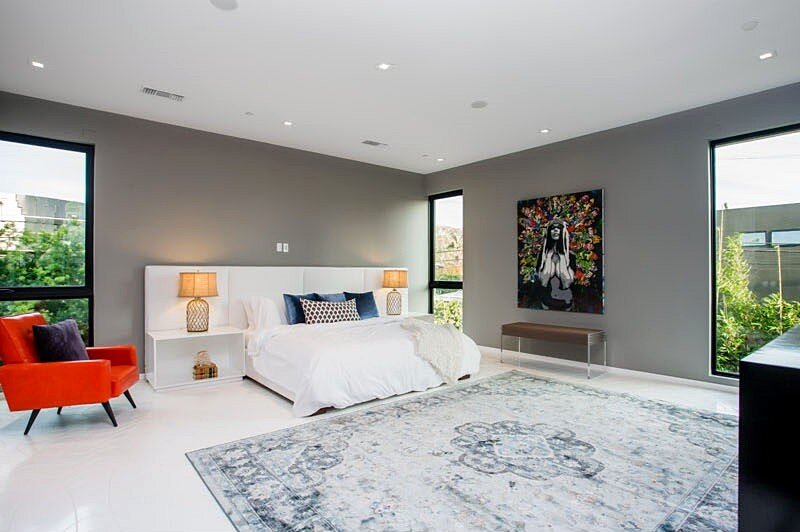 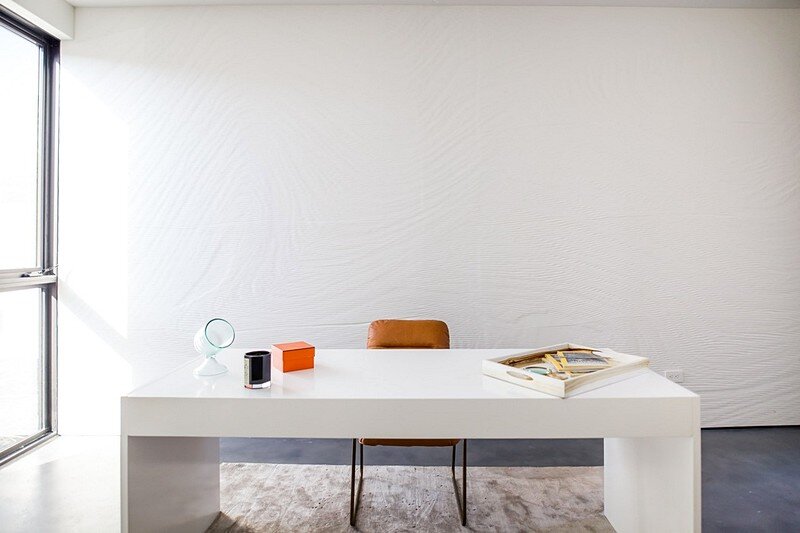 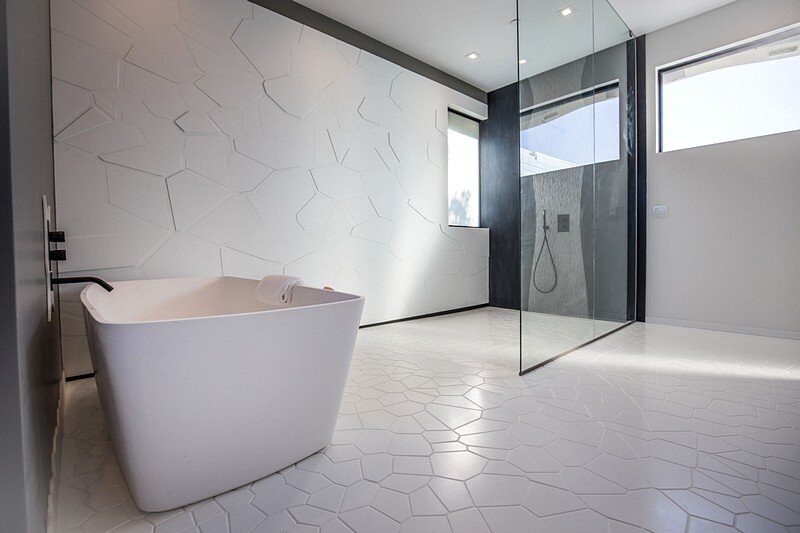 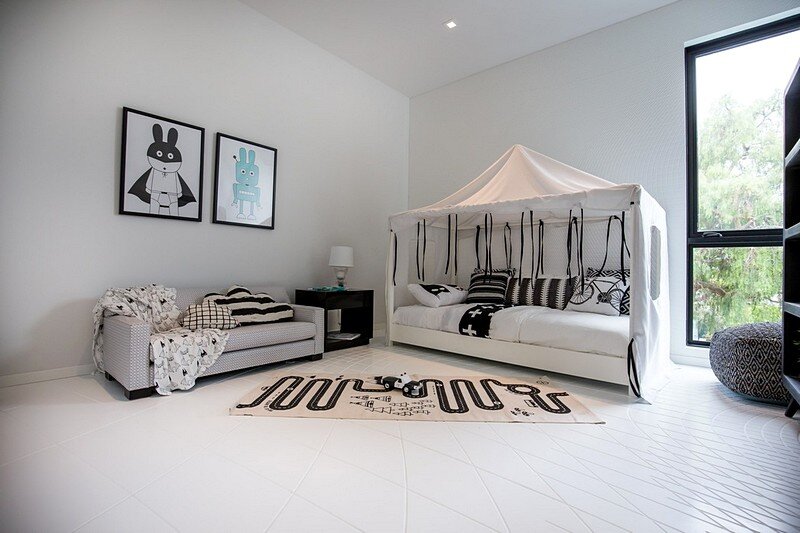 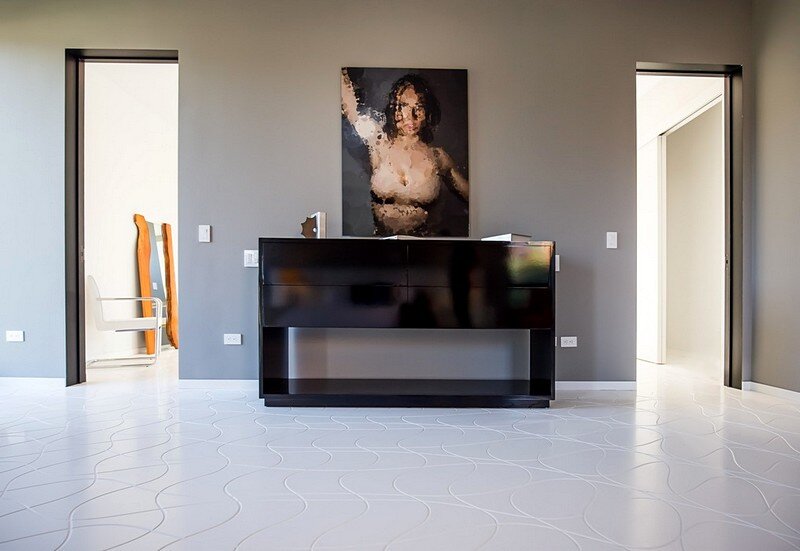 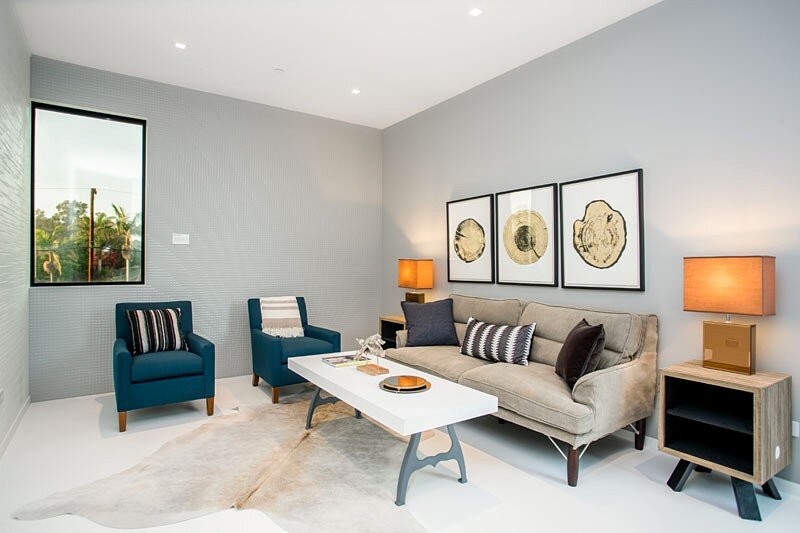 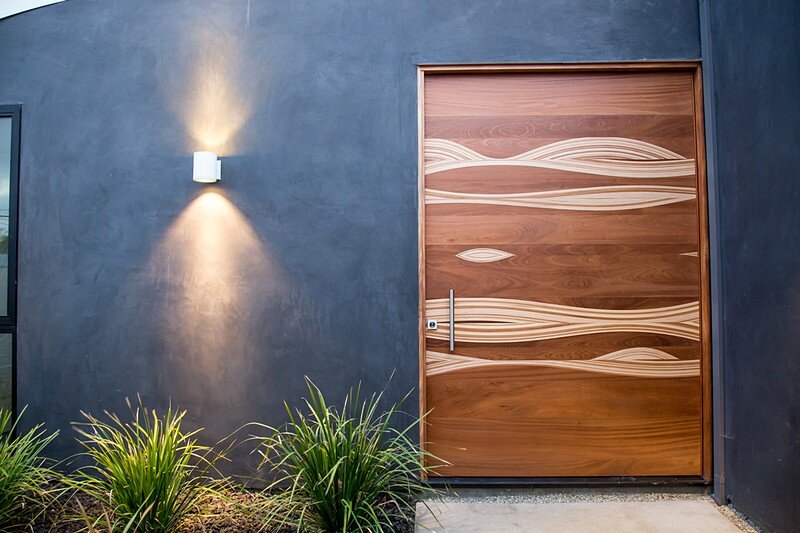 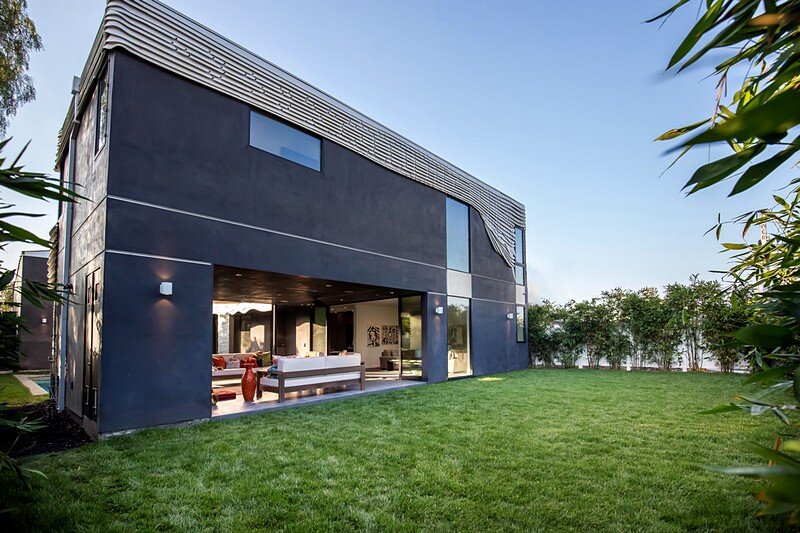 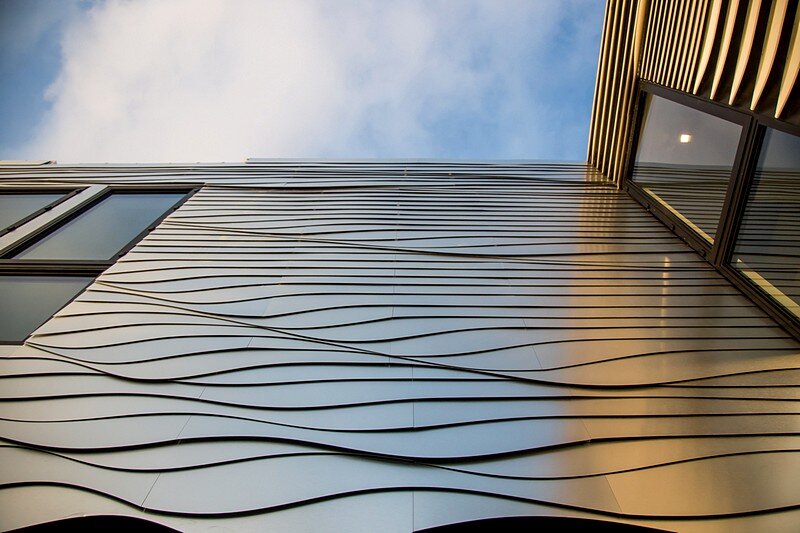 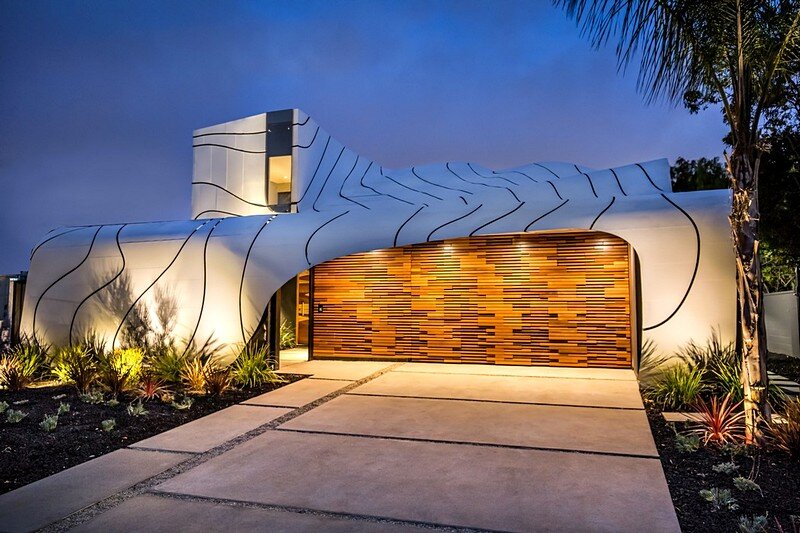