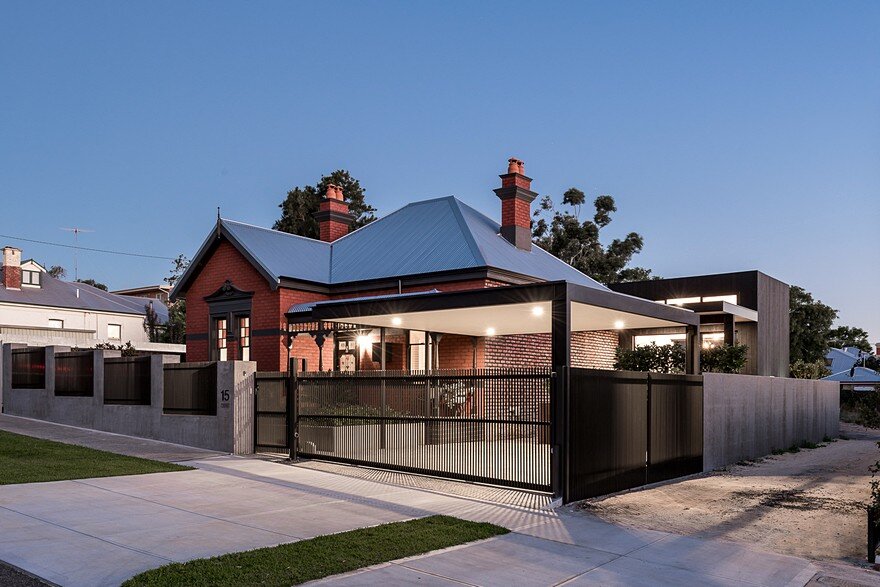 Text by Dalecki Design: Located on a 385m2 inner city block, the owner wanted to transform this tired, run down home into an entertainers dream, suitable for a young family. The existing heritage house with three bedrooms, one bathroom and no storage had a dark, impractical layout with no breeze paths or natural light. The alteration and addition was to be sympathetic to the existing 100 year old heritage listed home, whilst still creating a bold design statement. The brief was to create a livable home, centered on an entertainer’s open plan living area, which captured their city views and created a well-balanced indoor/outdoor connection. Whilst the home was to be child friendly, the owners also wanted to create a luxurious master retreat, where they could escape to the privacy of their own space. Due to the inner city location, where congested streets are commonplace, allowing space for two off street car bays was a priority in the design. Overall, the owner was looking for a fast and cost effective construction, so it was imperative that the design and materials selected supported this. 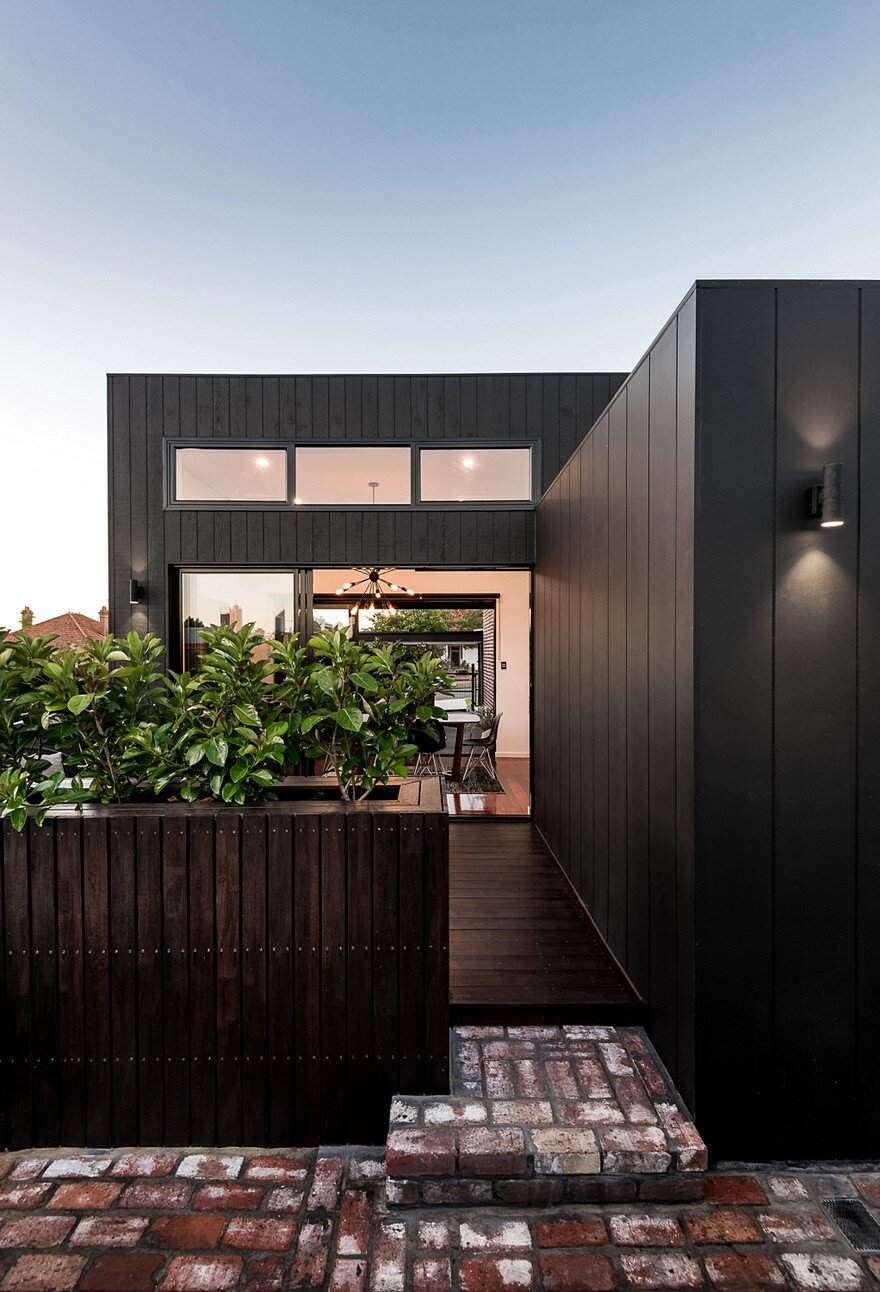 This charming heritage house has been transformed into a modern three bedroom, two bathroom home. North facing windows capture and disperse natural light throughout the living zones. Large sliding doors completely open the living area to the outdoors, creating a flowing indoor/outdoor connection and transforming the central living into one large entertaining zone. The large sliding doors also frame the home’s city views, allowing them to be seen from all entertaining zones, both indoors and outdoors. The sleeping areas have been divided into two distinct zones. The master bedroom has been positioned to the rear, providing a sense of privacy, whilst the two existing front bedrooms have been left, with the addition of their own bathroom, providing a much more practical layout. In order to let the intricate heritage details shine, the addition incorporates contrasting materials and sharp, minimalist lines, creating a strikingly modern form. Whilst this creates a clear definition between the old and the new, a neutral colour scheme and the use of existing floorboards throughout provide a seamless transition between the two eras. 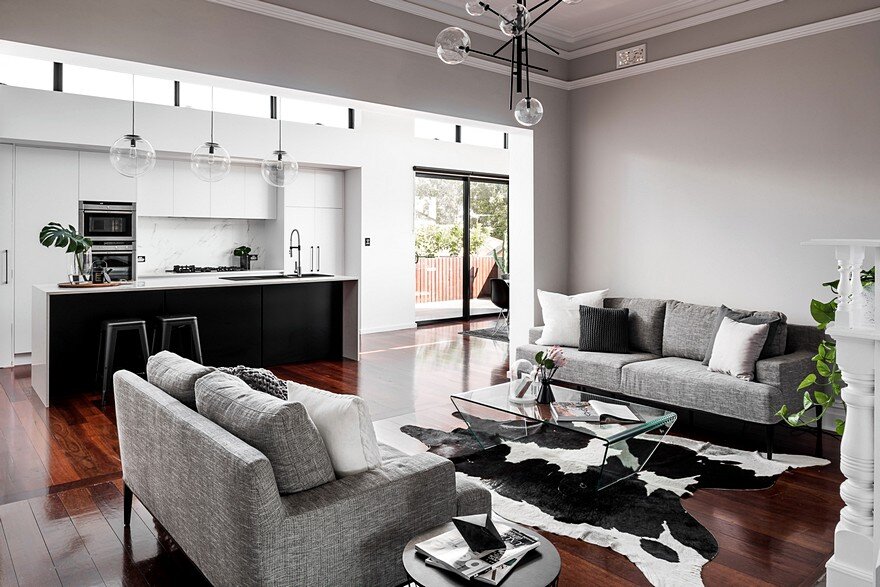 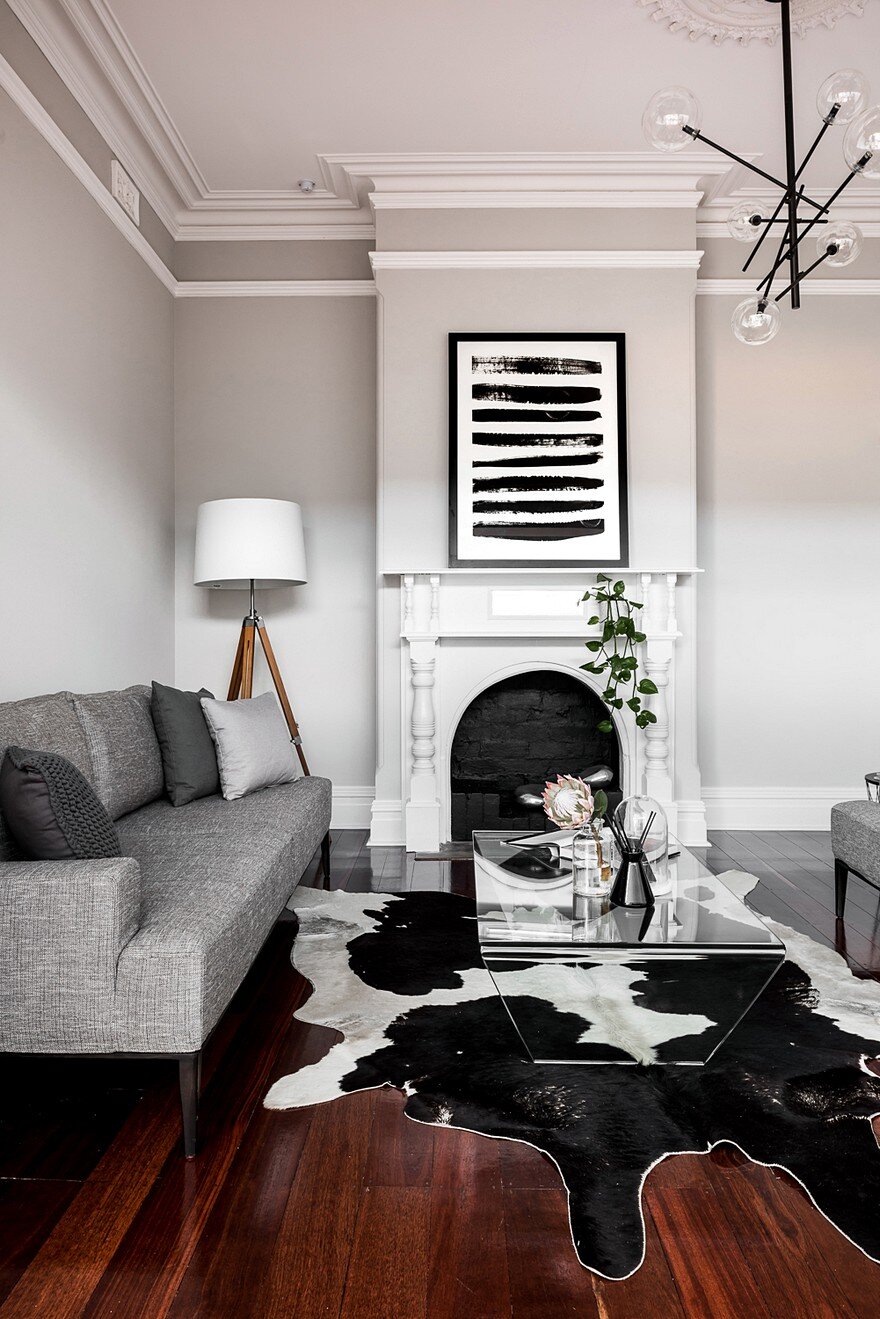 The entire new addition was clad in the Weathertex product range, a wood-based composite product. The main living addition form utilised the textured vertical board whereas the remainder of the additions were clad in the smooth finish wide board format. 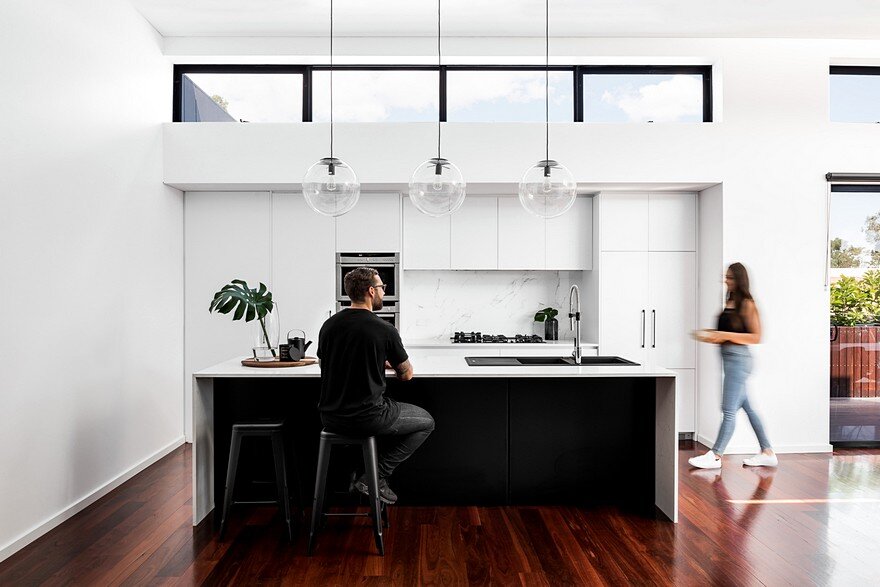 The overarching key challenge of this project was working with the existing 100-year-old home. Working with heritage listed structures, there are always certain restrictions and guidelines that the design must adhere to whilst also being sympathetic to the existing heritage with any new works. However, rather than restricting the project, this contributed to the striking finished design, with the character of the existing home complementing beautifully with the contrasting modern addition. 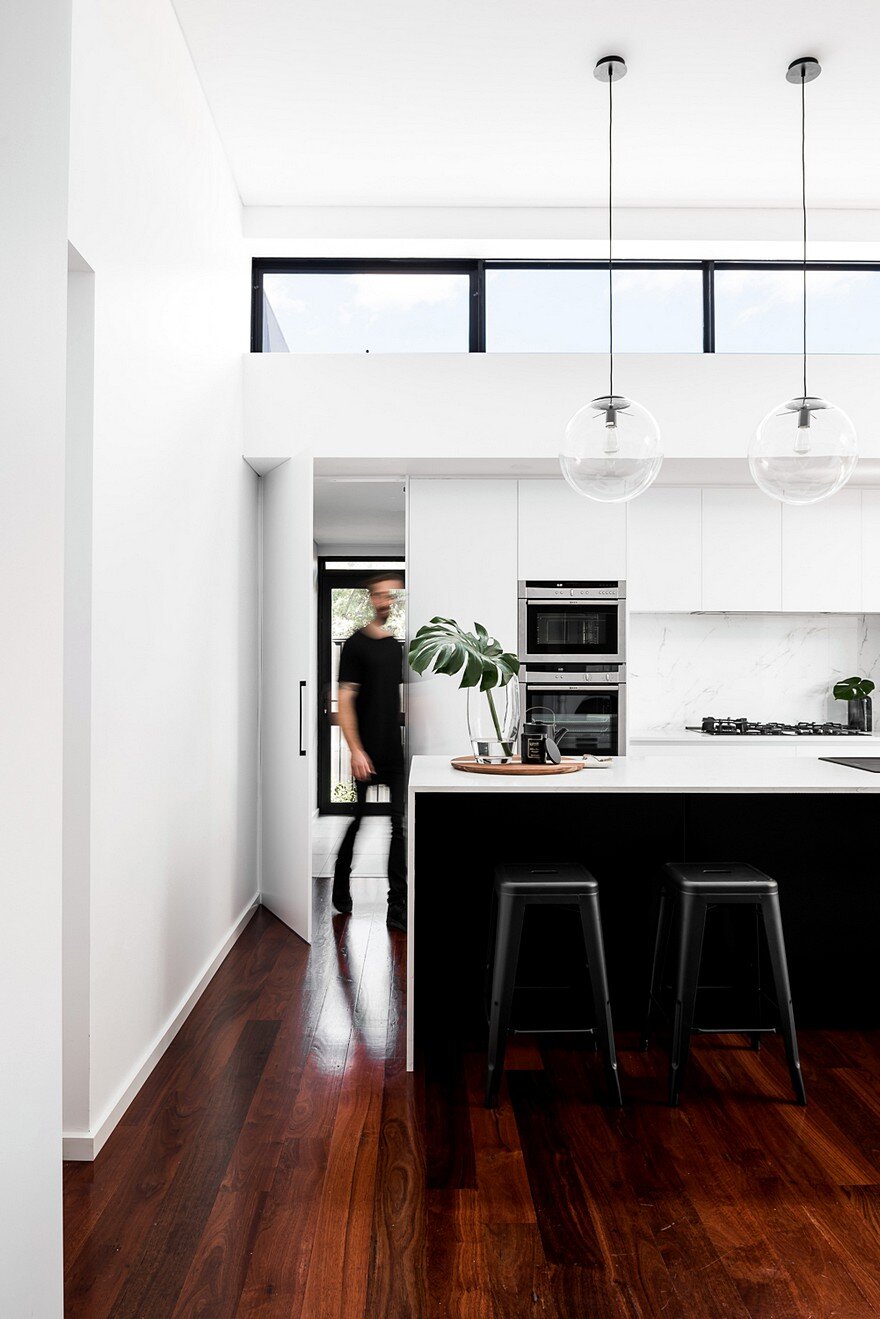 Working with the existing 100-year-old home and wanting to utilise the original structure to its full potential posed its own unique challenges. The final design was to be a modern design statement, whilst also being sympathetic to the original character features of the heritage home. Both the new bathroom and new walk-in-robe feature original fireplaces from the former existing rooms which now act as key design features of these new rooms. These were both present in the original home so, rather than destroying the character, they were worked into the new design, creating a beautiful statement without compromising the new functional, practical layout of the home. Original ceiling roses, leadlight windows and timber floorboards also serve as beautiful design features, beautifully complementing the new modern finishings whilst also hinting to the home’s past life. 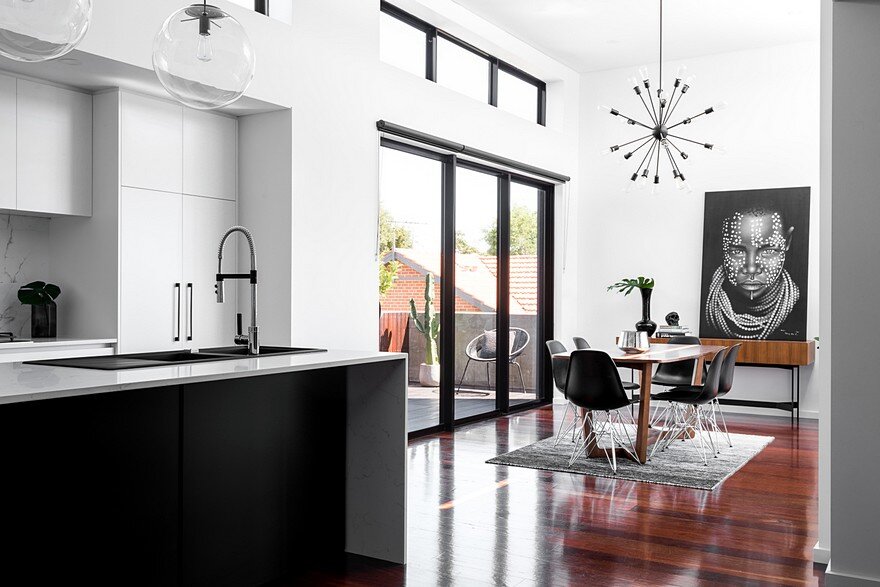 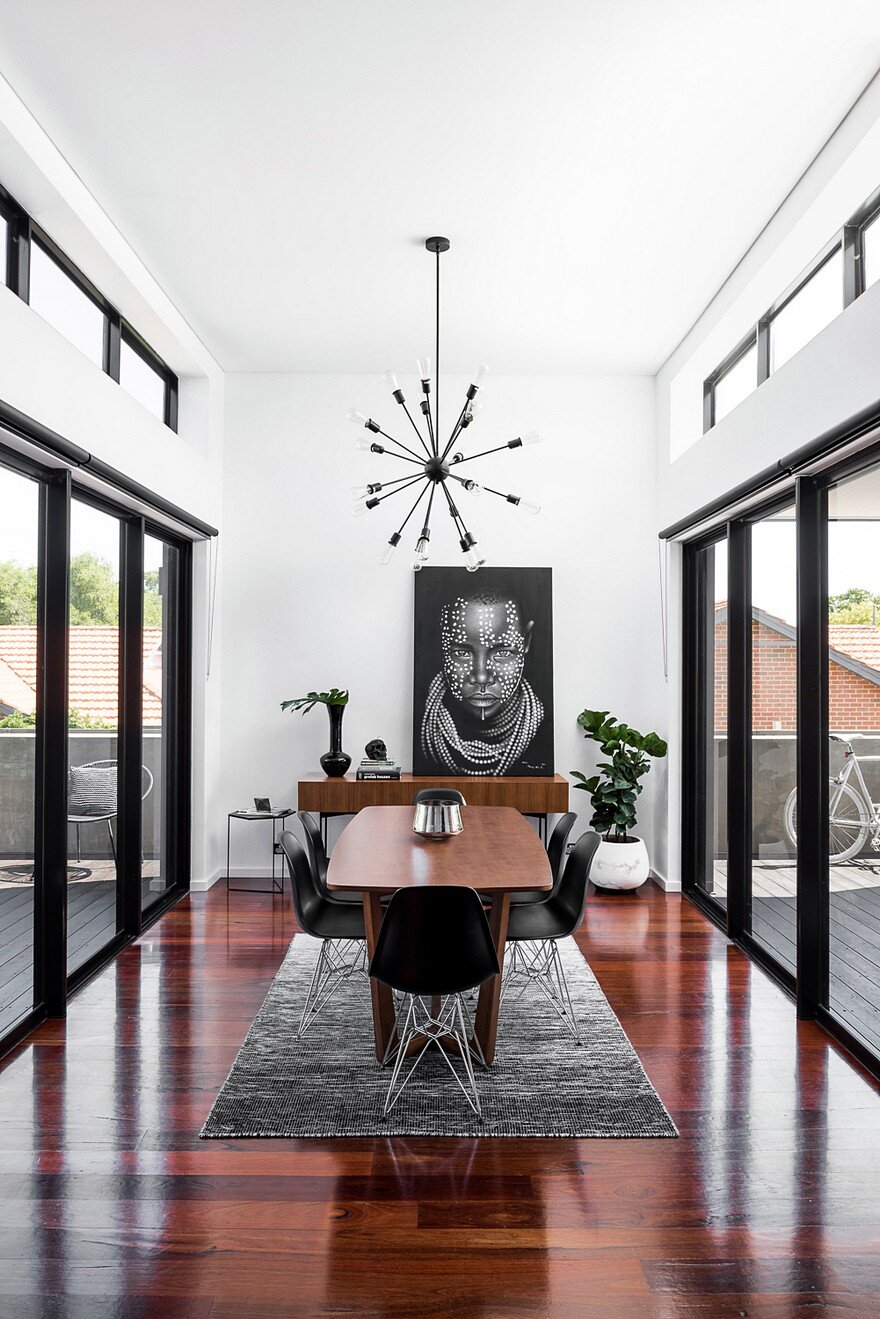 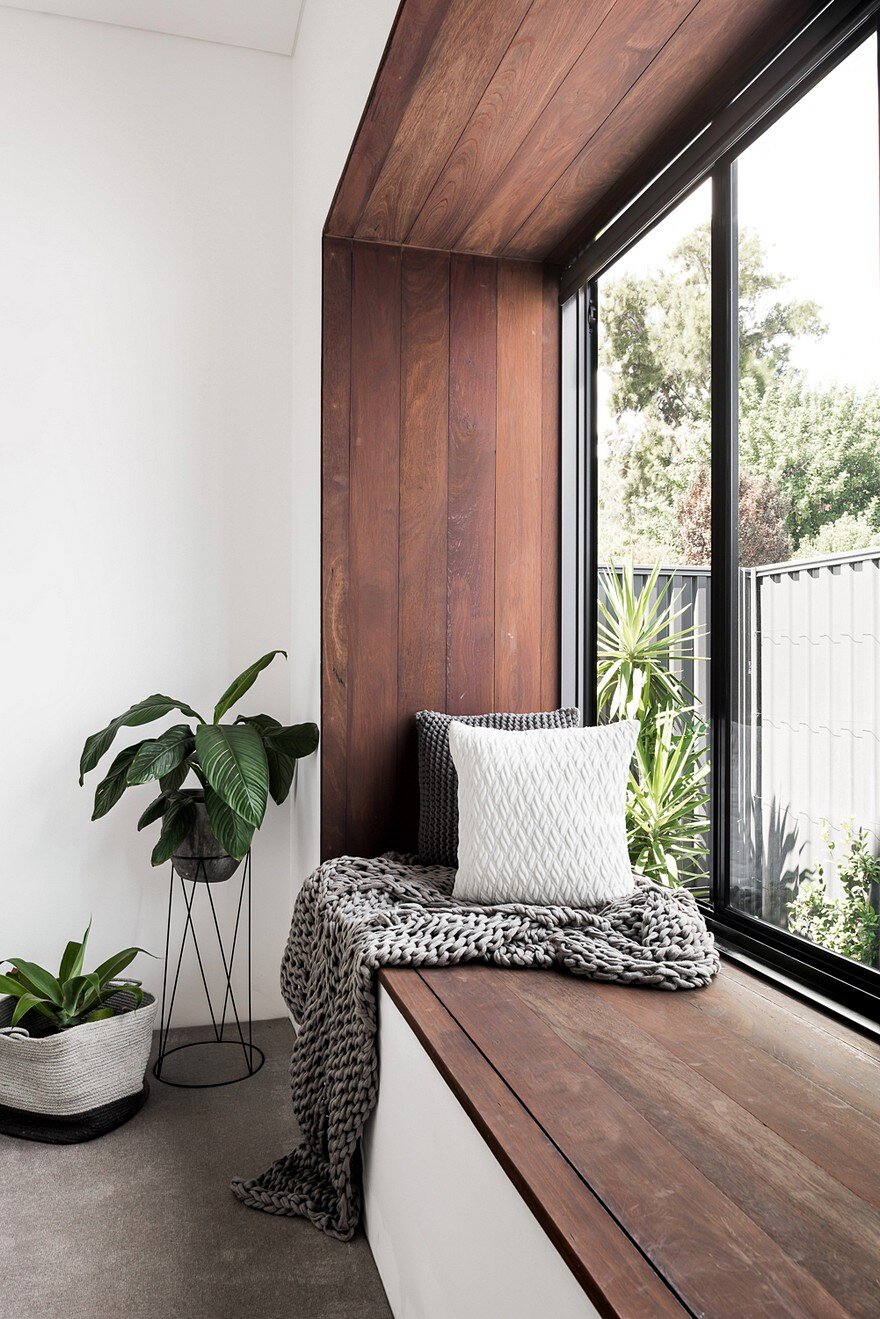 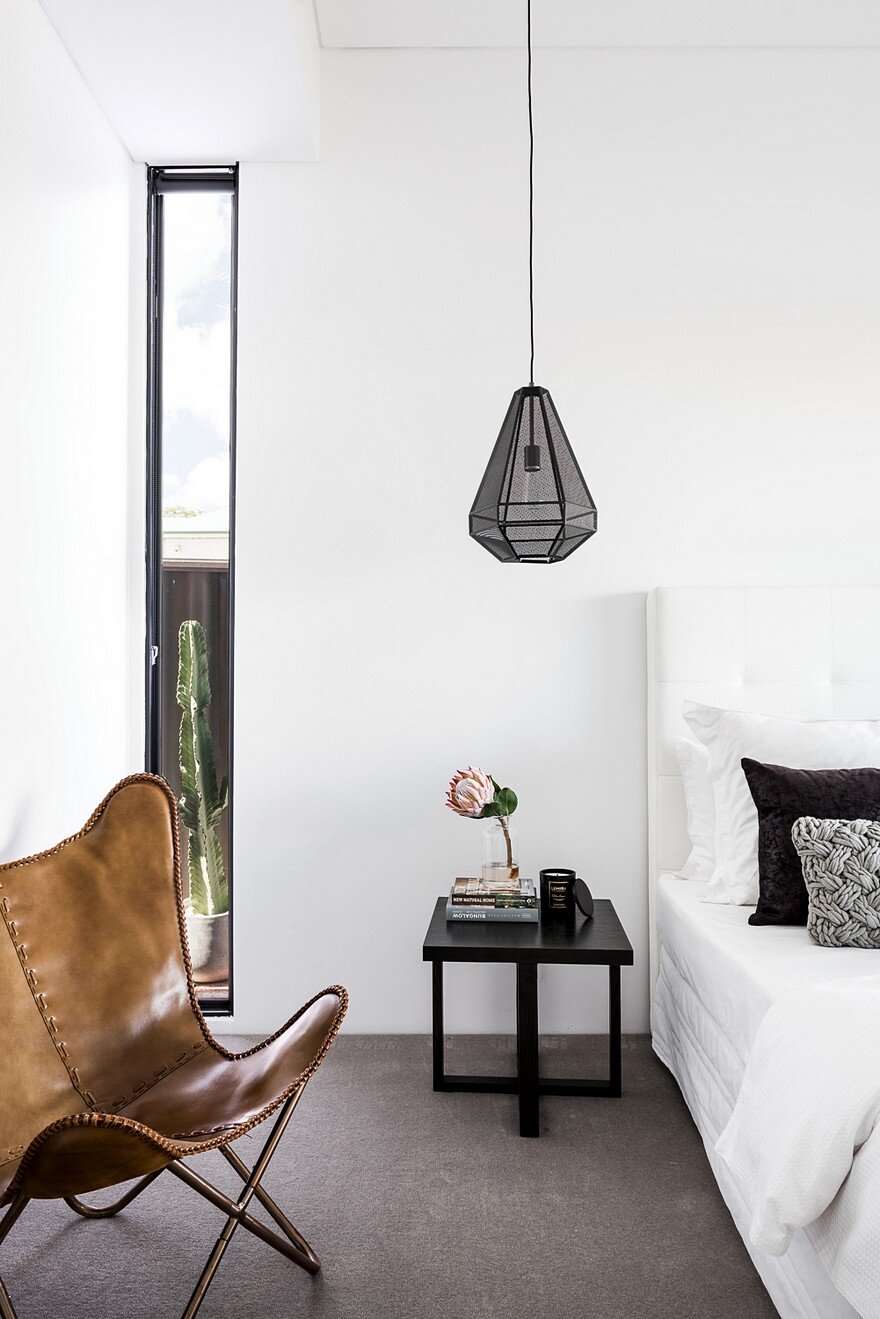 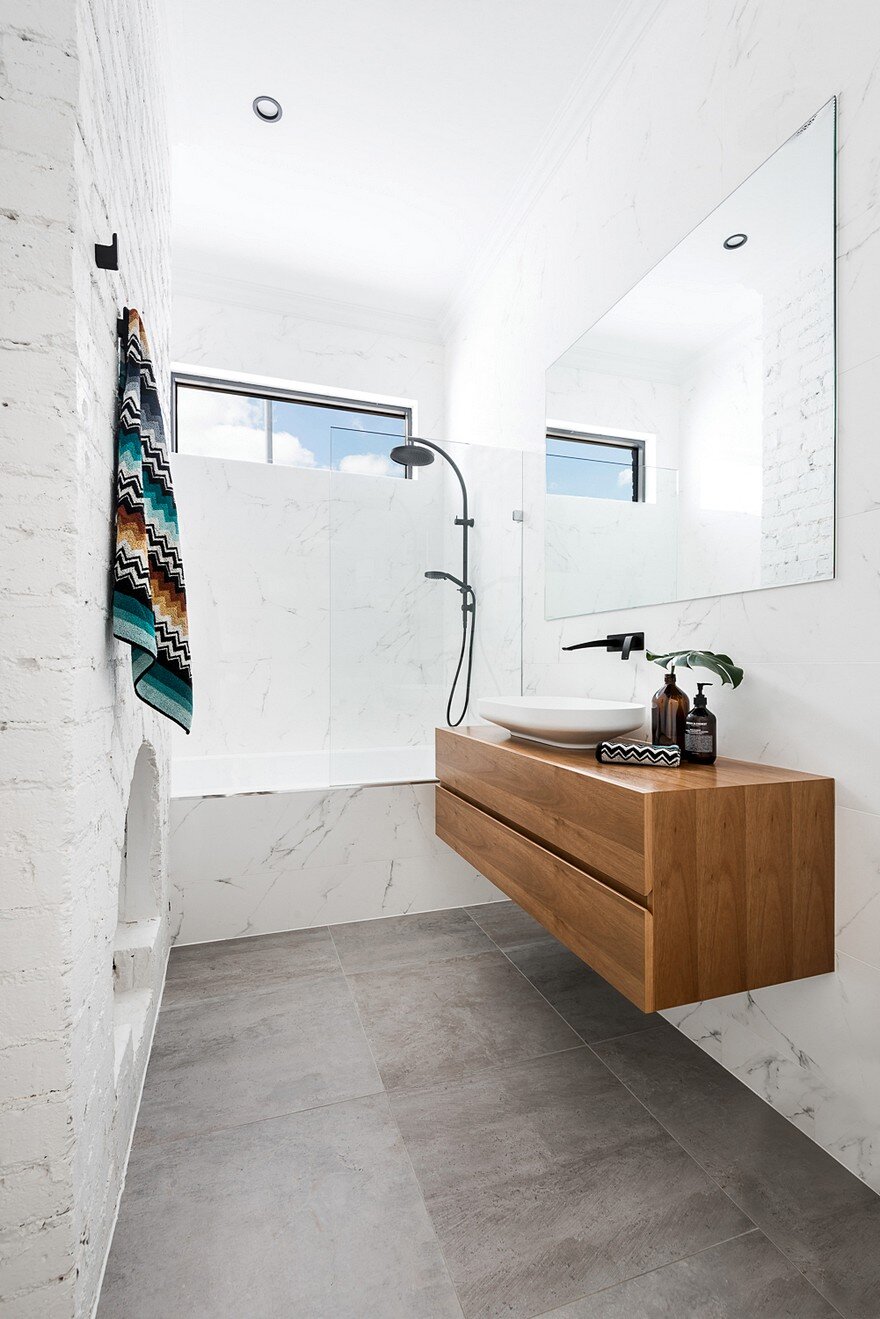 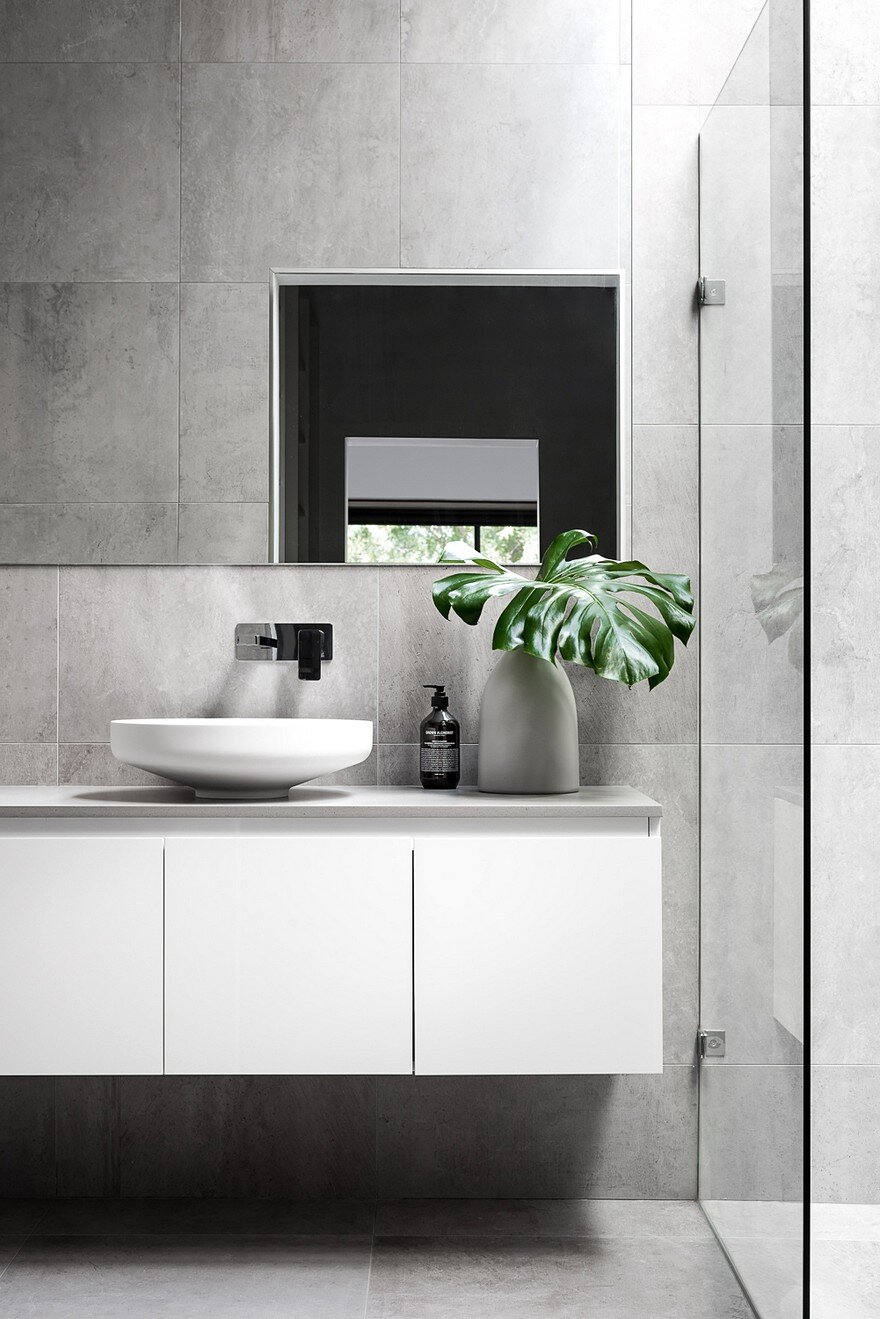 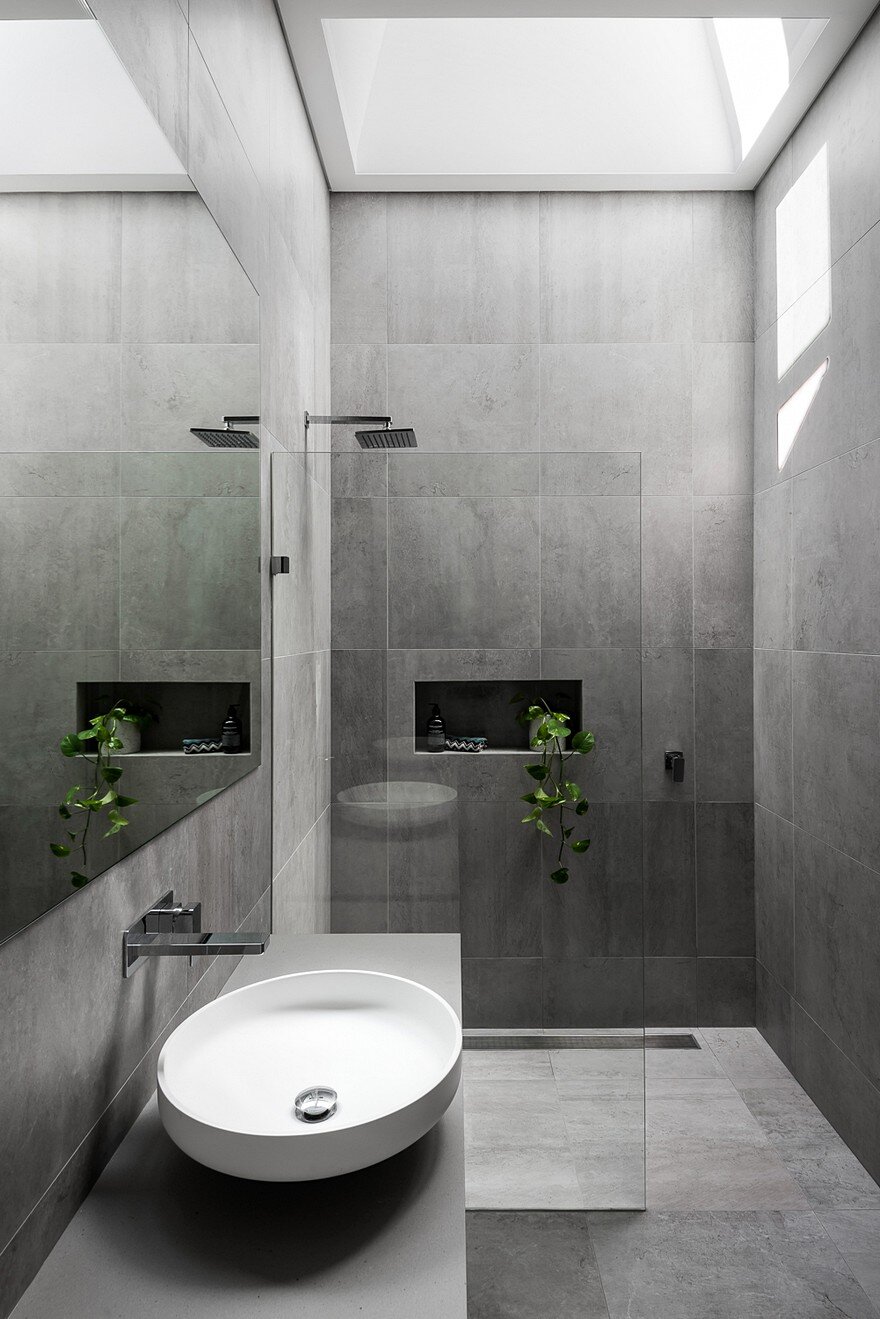 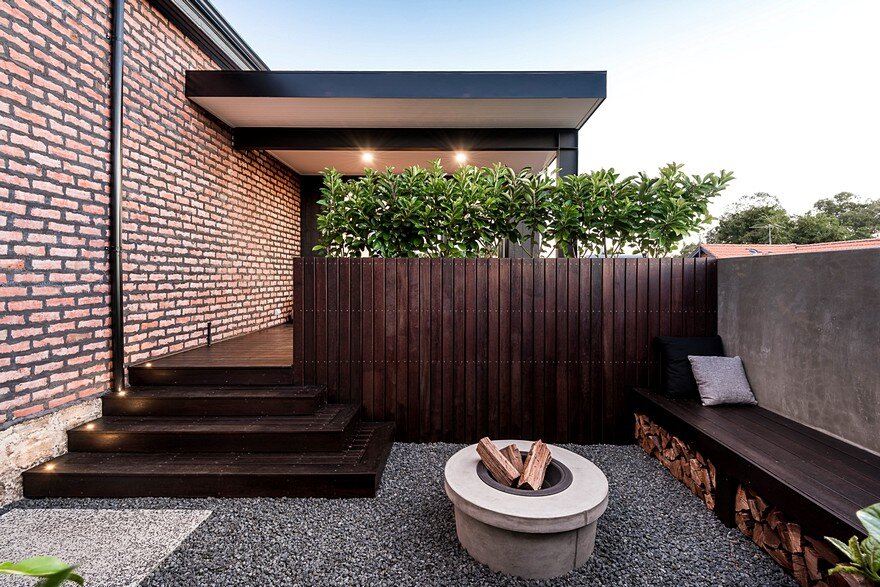 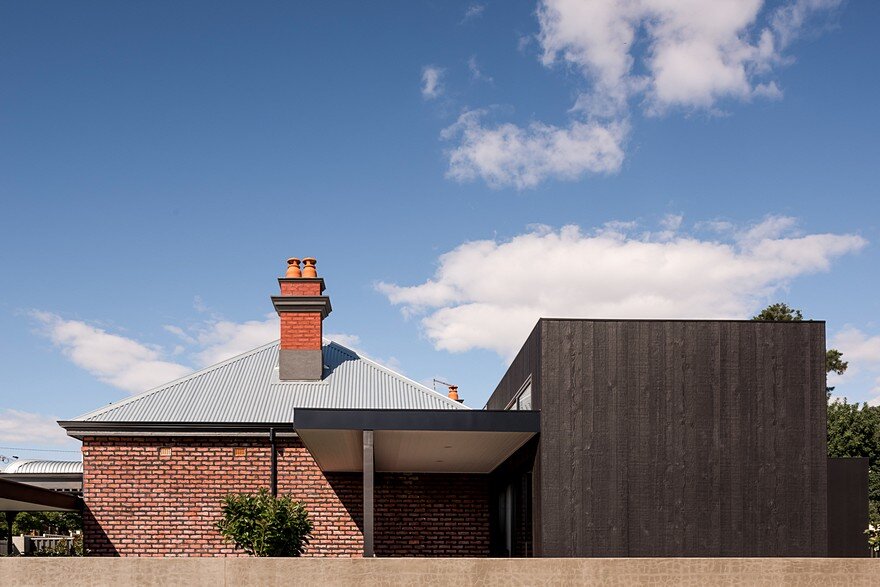 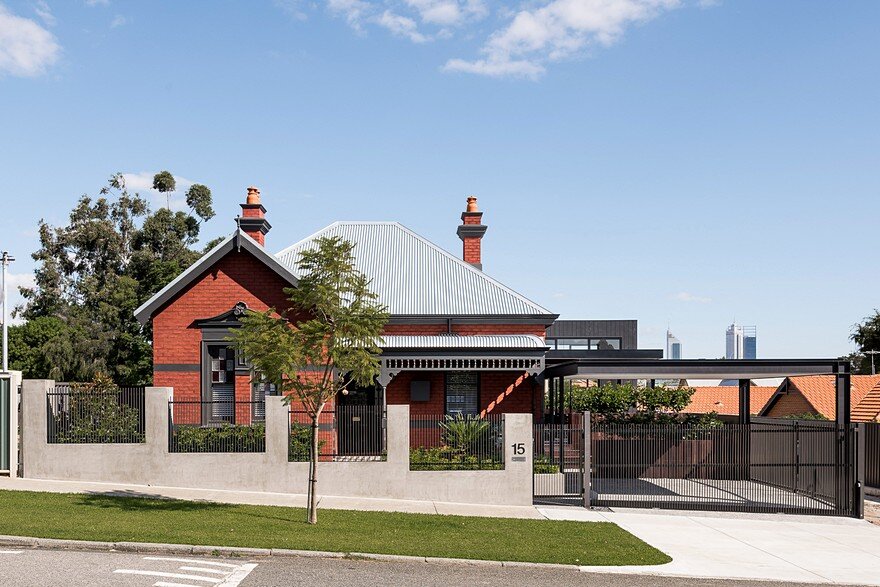 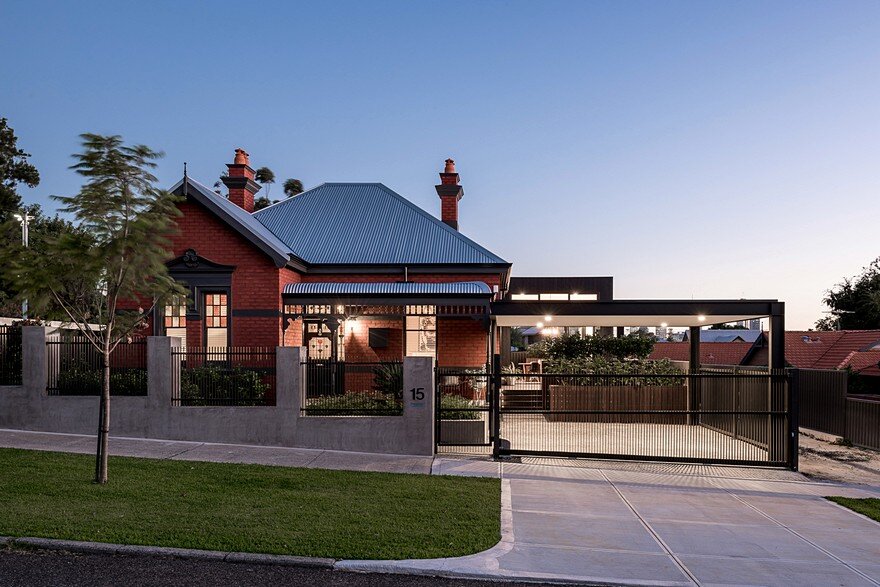 Completed by Mexican studio CampoTaller, Casa SEL is situated in the Coyoacán neighborhood of Mexico City. The project consists of the modification and intervention...
Read more

This project was commissioned by a couple living in Vancouver who fell in love with Salt Spring Island (as many do) and decided to build their dream home on a beautiful high-bank waterfront lot overlooking views of Sansum Narrows and Vancouver Island beyond.
Read more

This is the first predesigned neighborhood to be built on Powder Mountain. It consists of 30 cabins which range in size from 1,000 to 2,500 square feet, a communal structure called the ‘Pioneer Cabin’ for the use of the homeowners ...
Read more

The project Kukumuku, by Plazma Architecture Studio, is a restaurant - theater located in Vilnius, Lithuania, being dedicated to families with children. Seldom public...
Read more
© All rights reserved. HomeWorldDesign 2013-2020. All images are © each office/photographer mentioned.