Loft Bed is a Good Option for Rooms with High Ceilings 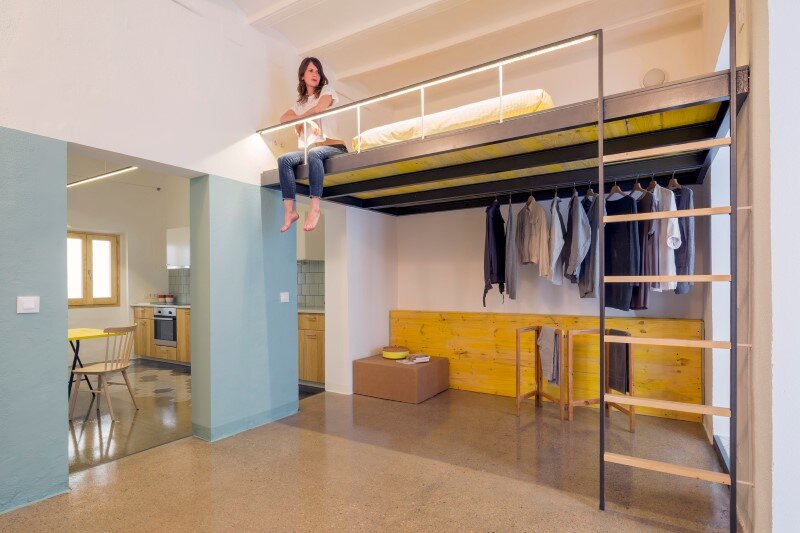 G-Roc is an apartment in Eixample Dret, Barcelona, designed by Nook Architects and Gustavo Cela. The apartment has an area of 55 square meters. High ceiling of the apartment allowed construction of a loft bed,  thus freeing up more space.

Description by Nook Architects: Just when we thought that we had closed a cycle which Casa Roc, Twin House, and Roc Cube, one of the old apartments on the same building became vacant ahead of what was expected, so G-ROC became our fourth intervention on the building. With three similar interventions finished, it was easy to identify a common denominator in terms of solutions, therefore defining and strengthening the distinguishing traits of this assignment. 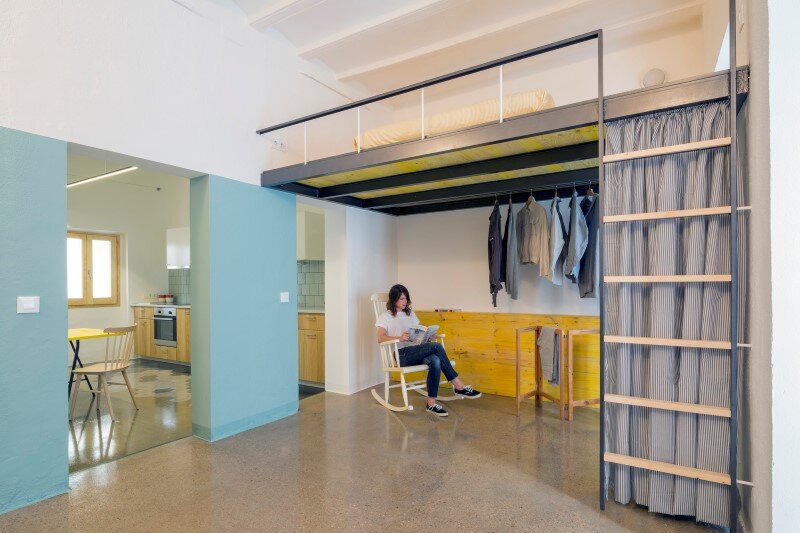 Conditions in common: Differentiating the night and day zones, bathroom installations and night zones located towards the interior facade, recovery of the original structure, and improvement of the envelope. We also took advantage of the surplus of building materials from other Works, such as tiling, hexagonal pavement tiles and kitchen cabinet doors. 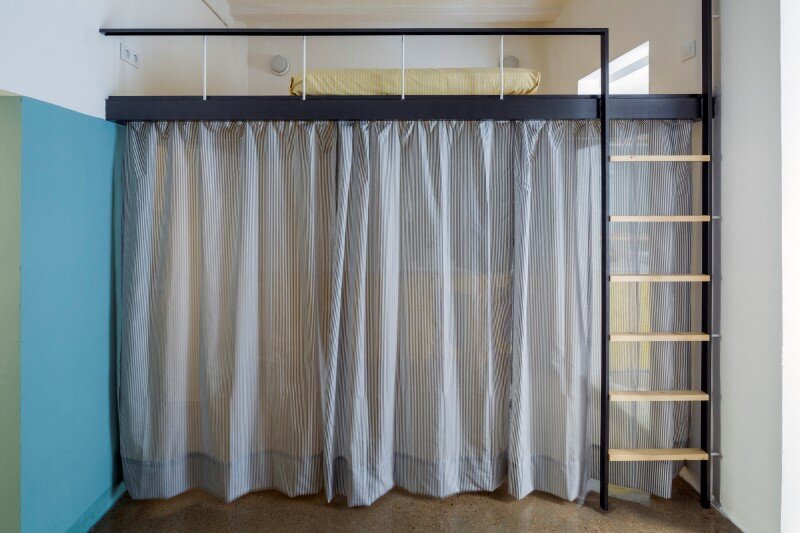 Conditions that are unique to this: Ceilings half a metre higher, a glazed gallery on the interior facade with an exit to a small terrace. The additional ceiling height was key to making the decision of constructing a loft, providing the option of placing a loft bed. This way the lower floor is liberated and two different zones are created, allowing several options of using these as a study, living room or a dressing room. This would even allow the creation of two different bedrooms with individual access to the shared, newly created gallery-bathroom. The result is a dwelling with very similar day zones as the rest of our interventions on the building, but with greater versatility on the interior zones. 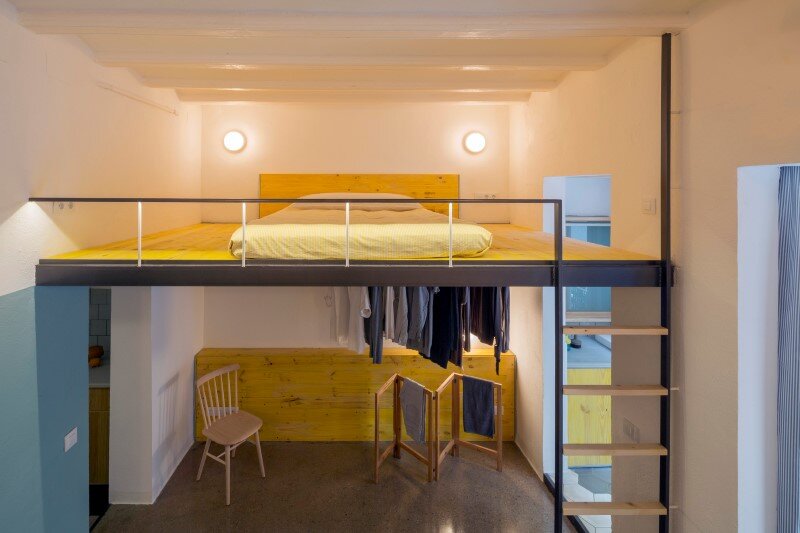 On previous projects we liberated the interior space by recovering patios and terraces to allow the dwelling to breath towards the back of the building. This time, however, we considered the interior gallery to be an indispensable element which should not be broken apart from the rest of the interior space. The old bathroom, was a miniscule enclosure, so we decided to extract the wash basin and placed it on the opposite side of the gallery, widening its use and making it more luminous. The more private areas of the bathroom became more ample, especially the shower. 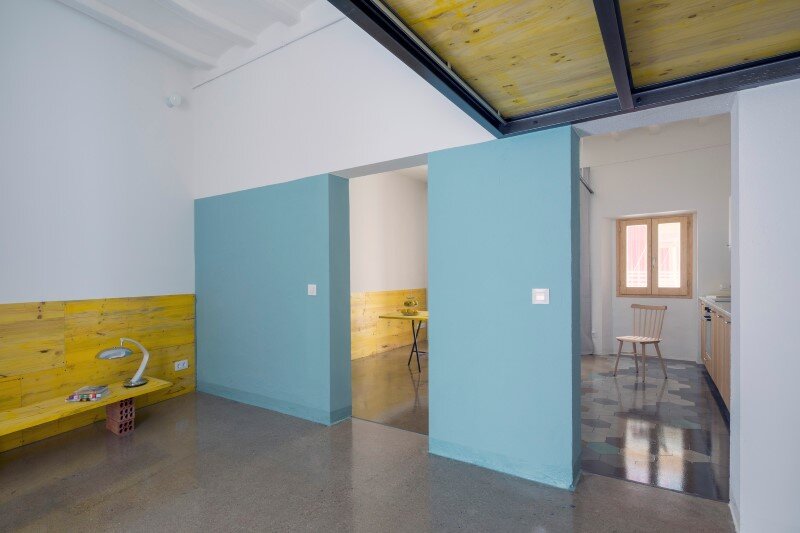 The constructive solution for the loft, a unique element to the project, is also used as a finishing texture. For this we used modular concrete timbering planks, which not only offer structural resistance but also color and texture. Its synthetic melamine resin based protection makes the timber’s natural yellow color to become livelier. We decided to use the same planks for the custom built bathroom cabinet and two protect the lower part of the walls. Given that the building is used for rental apartments, durability is a priority for the owners who wish to reduce maintenance. 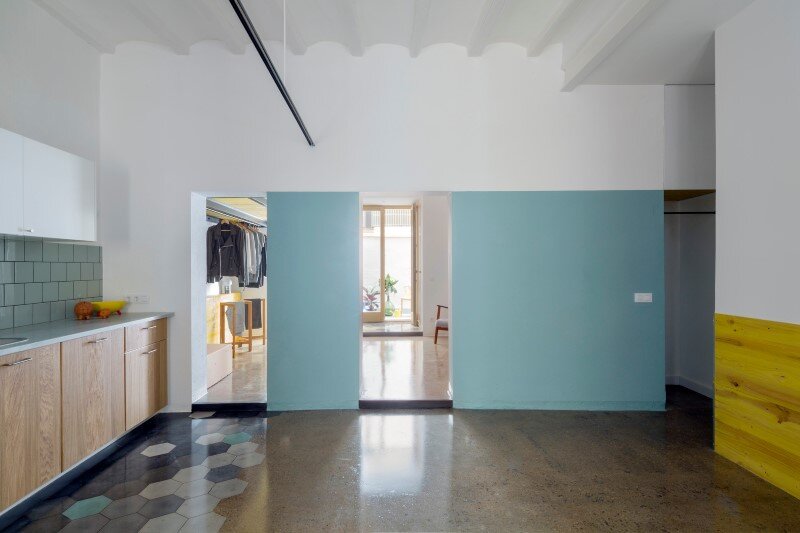 Our refurbishment on G-ROC respects the ones on Casa Roc, Twin House and Roc Cube: the recovery and consolidation of the building’s original spirit, a subtle intervention on the resulting space, and placing the kitchen on the more public side of the building. This time, however, we took advantage of the extra ceiling height to create an additional level, and of the existing gallery to place a more ample bathroom which can be given two simultaneous uses. Photography: Nieve | Productora Audiovisual. Visit Nook Architects 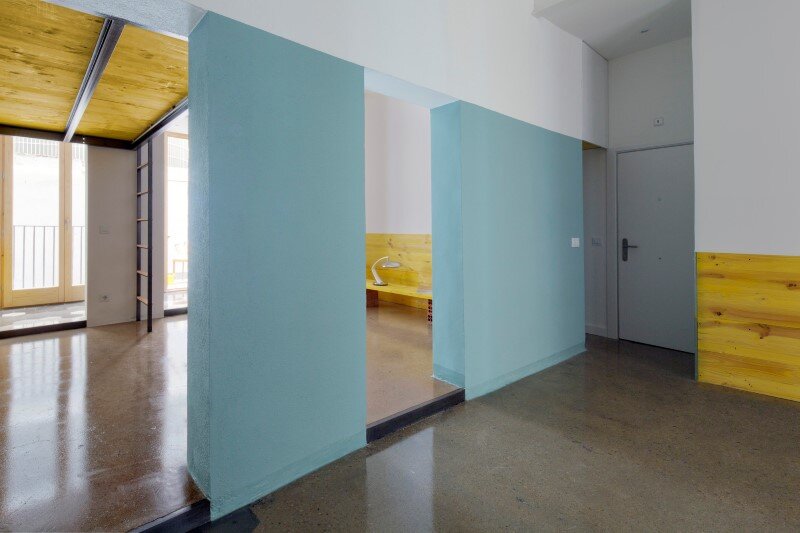 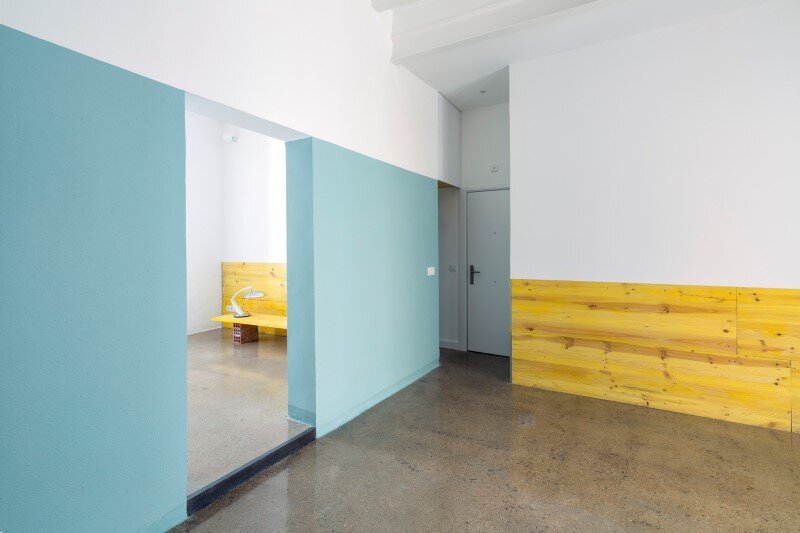 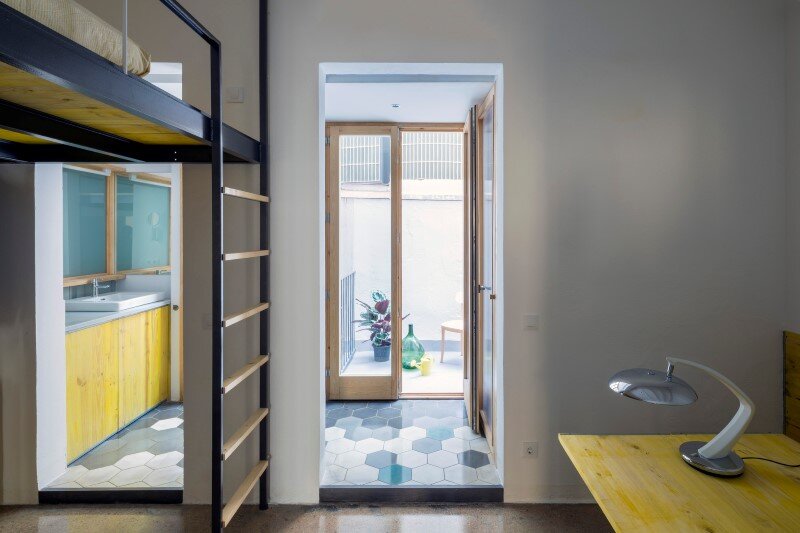 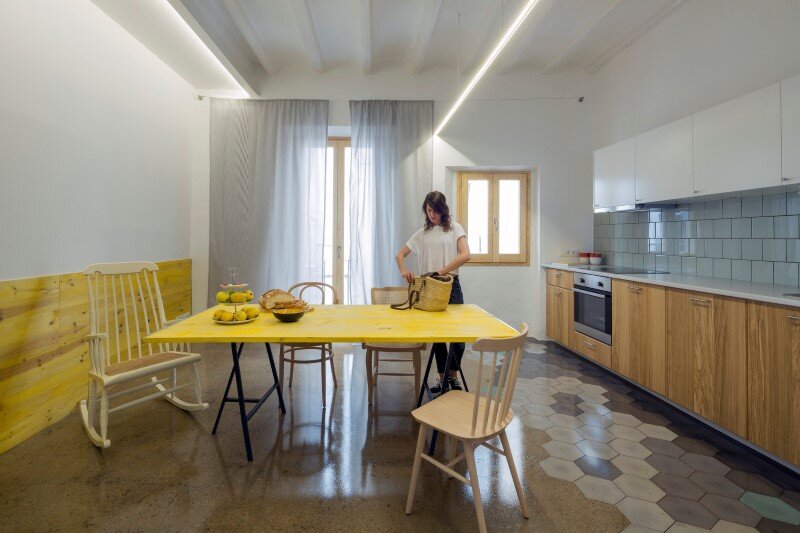 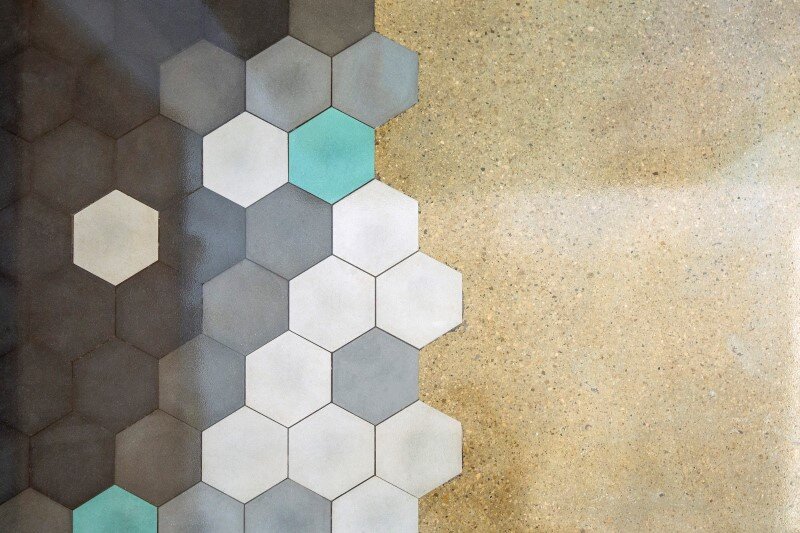 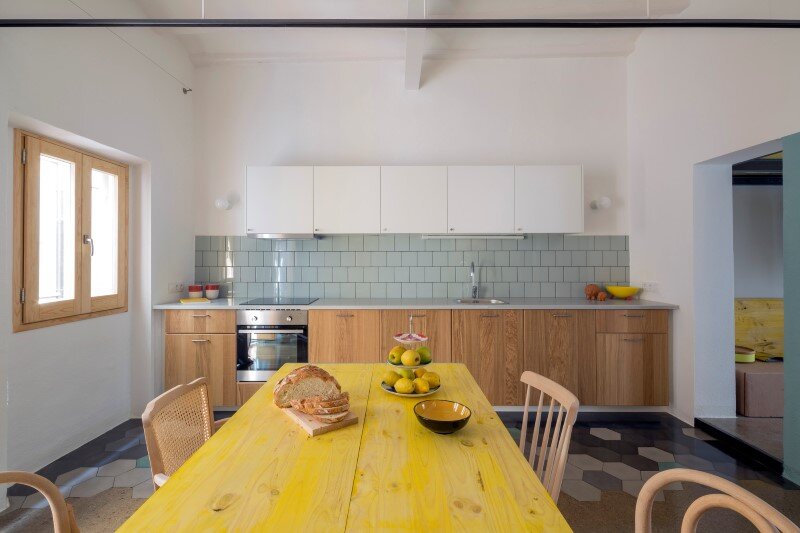 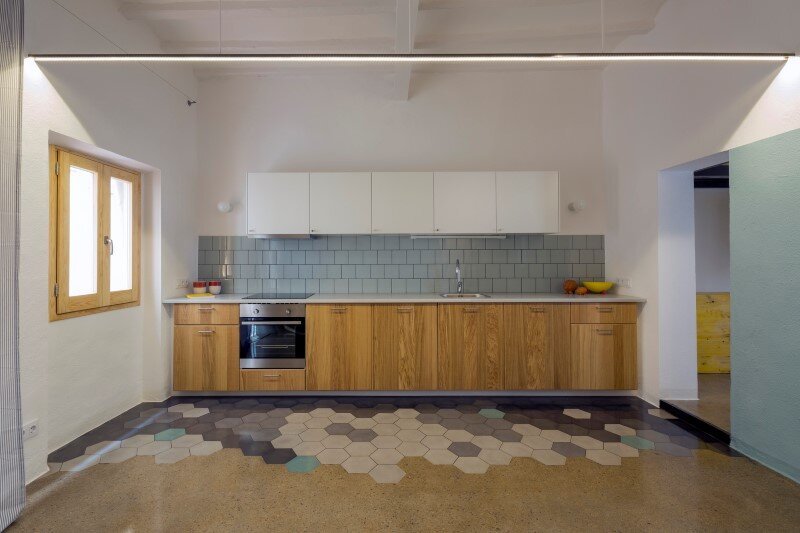 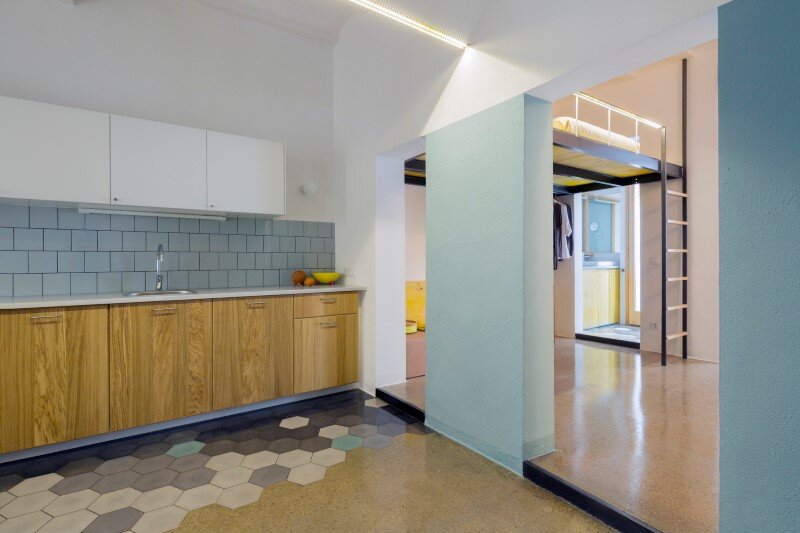 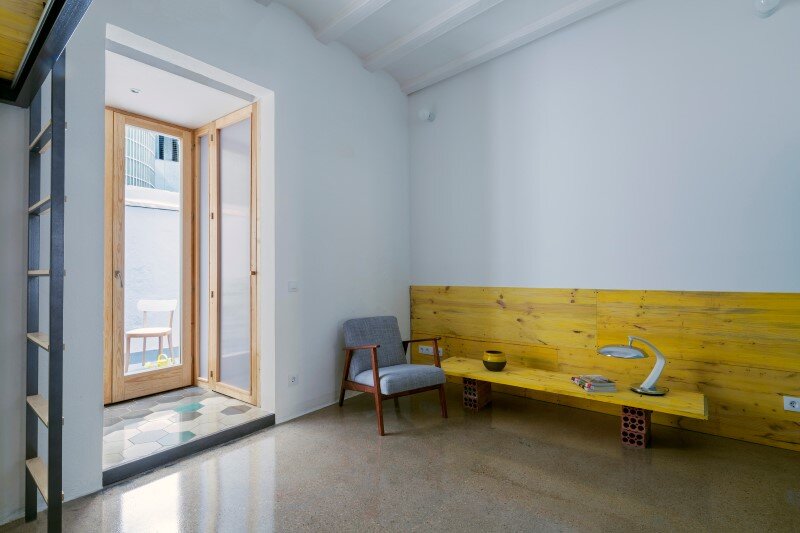 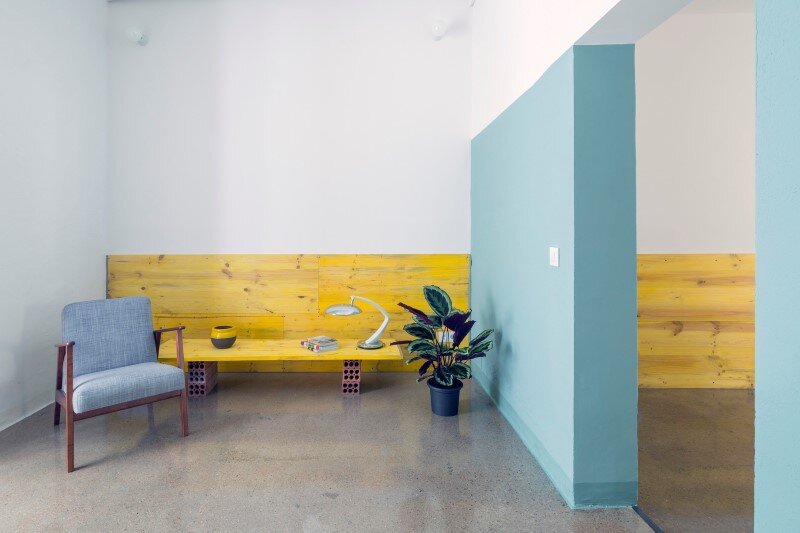 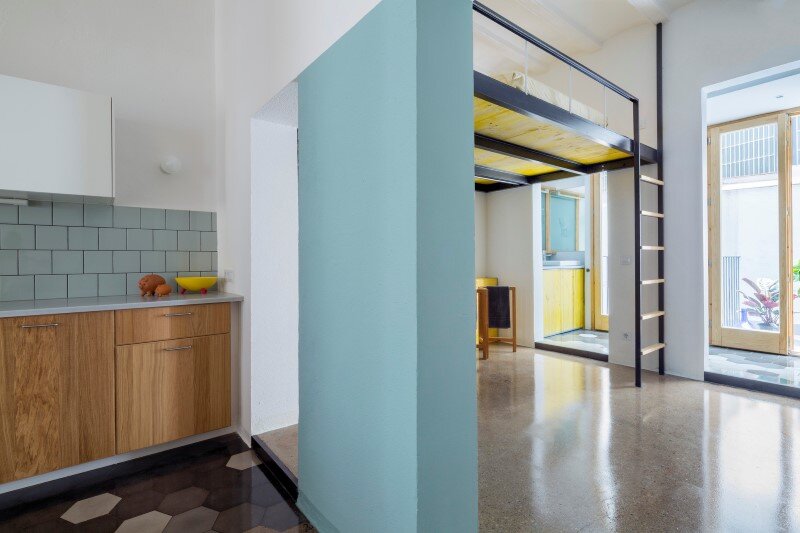 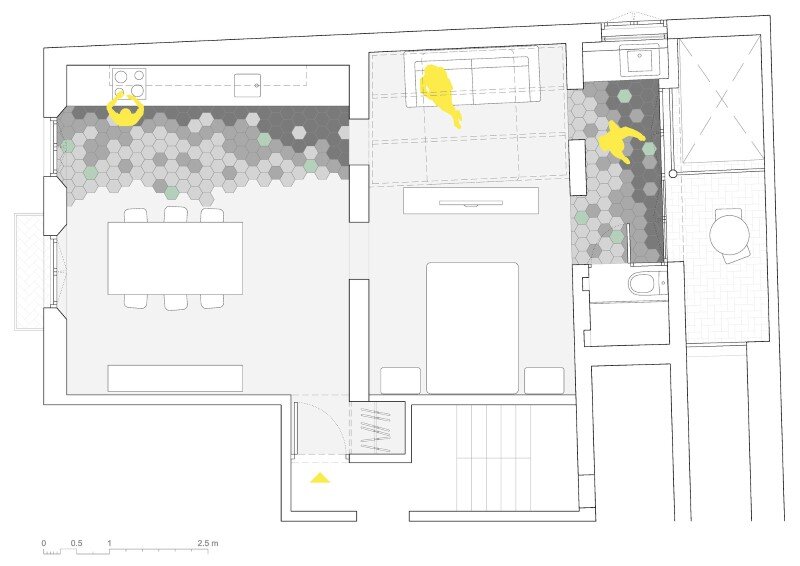 Flat Eleven in the Heart of Florence / Pierattelli Architetture

Live-Work in the Heart of Paris / Studio PAN