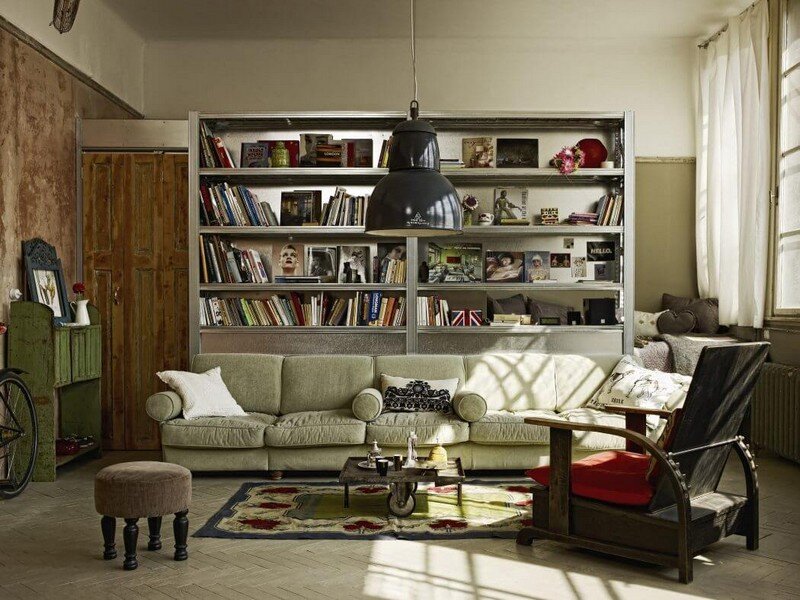 Located in Budapest, Hungary, this abandoned painting workshop has been transformed by A + Z Design Studio into a charming vintage style mini loft with warm atmosphere.

Project description: ‘This was an old painter’s studio, with easels and frames everywhere. It looked as if it hadn’t been touched since the Second World War, says Attila F Kovacs, one half of the Hungarian interior and product design duo a+z Design, of the mini loft he shares with his partner Zsuzsa Meygesi. ‘It’s in the heart of Budapest with wonderful views of the Gellért Mountain, our statue of Liberty and the attractive Parisian style rooftops, so we use it as a base, when we’re between meetings and have no time to go to our main office. Our daughter also stays here when she is home from studying abroad.’ The 50 square metre studio is in district V, an elegant part of the city, and just a stroll from the river Danube and Houses of Parliament. It was originally built as an architect’s practice at the turn of the last century. 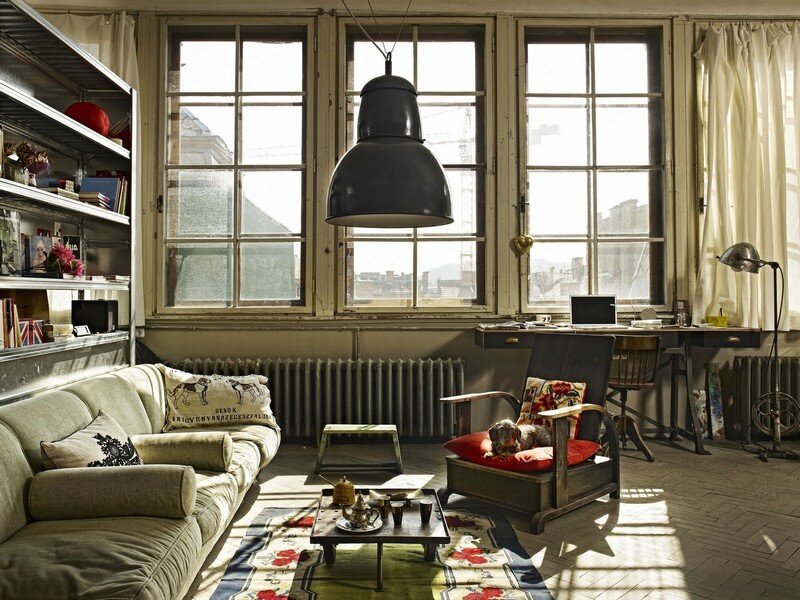 ‘Attila had put a note through the letterbox to say we were interested in it, but we didn’t hear back for two years. It looked abandoned but the owner eventually found our note under a pile of post,’ says Zsuzsa. ‘It was in pretty poor condition but we wanted to retain its vintage atmosphere.’ 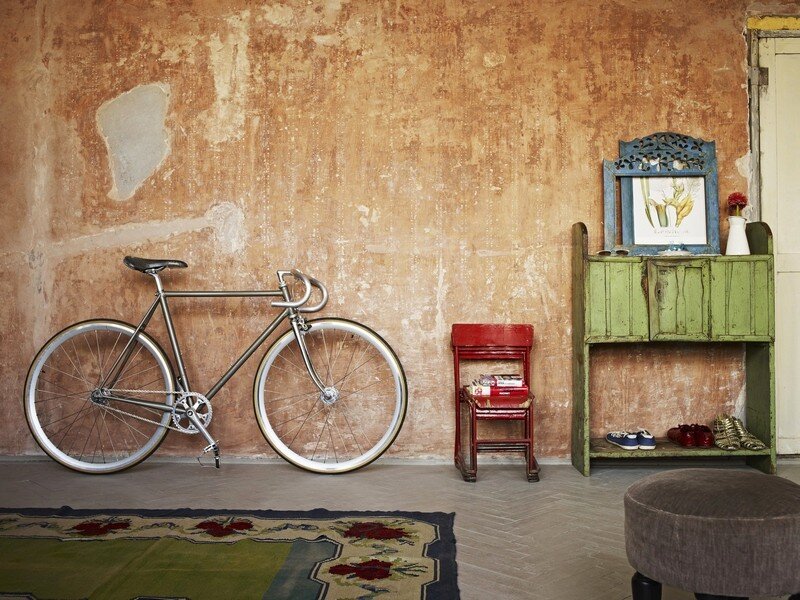 The huge stretch of windows are original, as are the cast iron radiators. The antique rug was bought from a friend of the couples, who collects traditional furniture from Transylvania, the Ukraine and other parts of the former Austro-Hungarian Empire. The grey light was from another friend, who specialises in industrial objects. The armchair is an original Bauhaus design in oak. 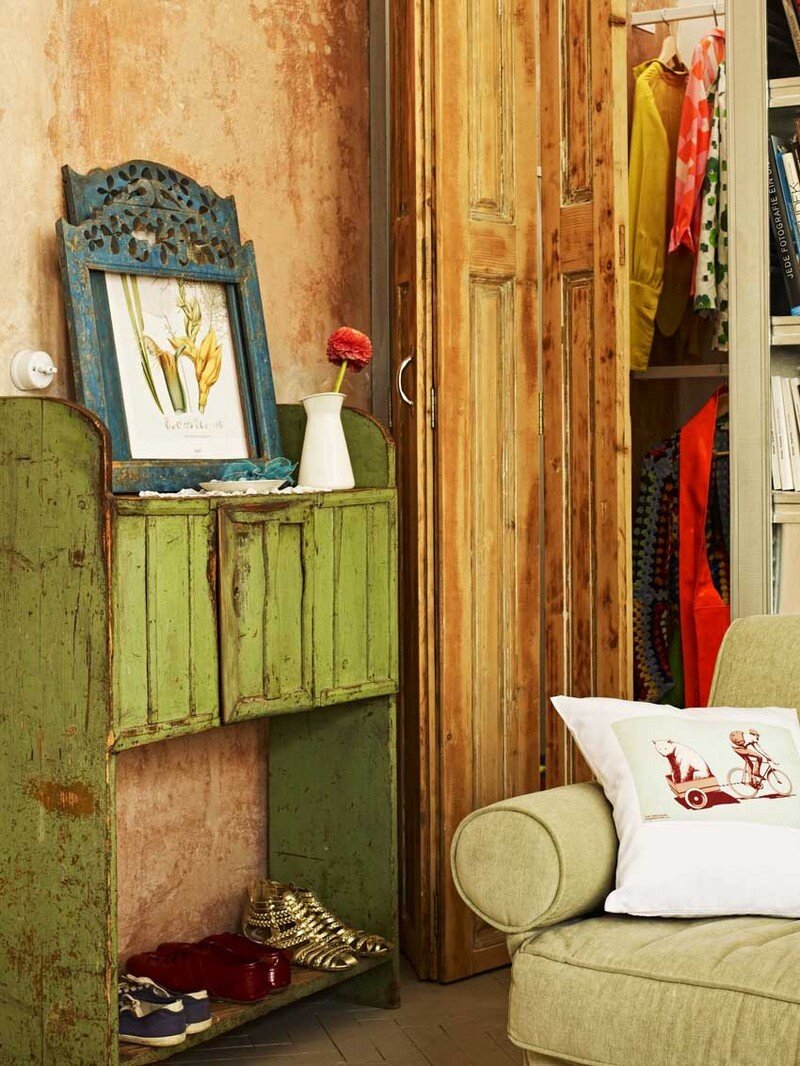 An Italian industrial storage system separates the sitting room from the sleeping area behind. ‘We wanted to keep the space untouched, so we left the walls their original height,’ says Attila. The vintage green wooden cabinet is from the ‘Hucul’ tribe from the Carpathian Mountains, a traditional Ukrainian culture known for its craftsmanship. 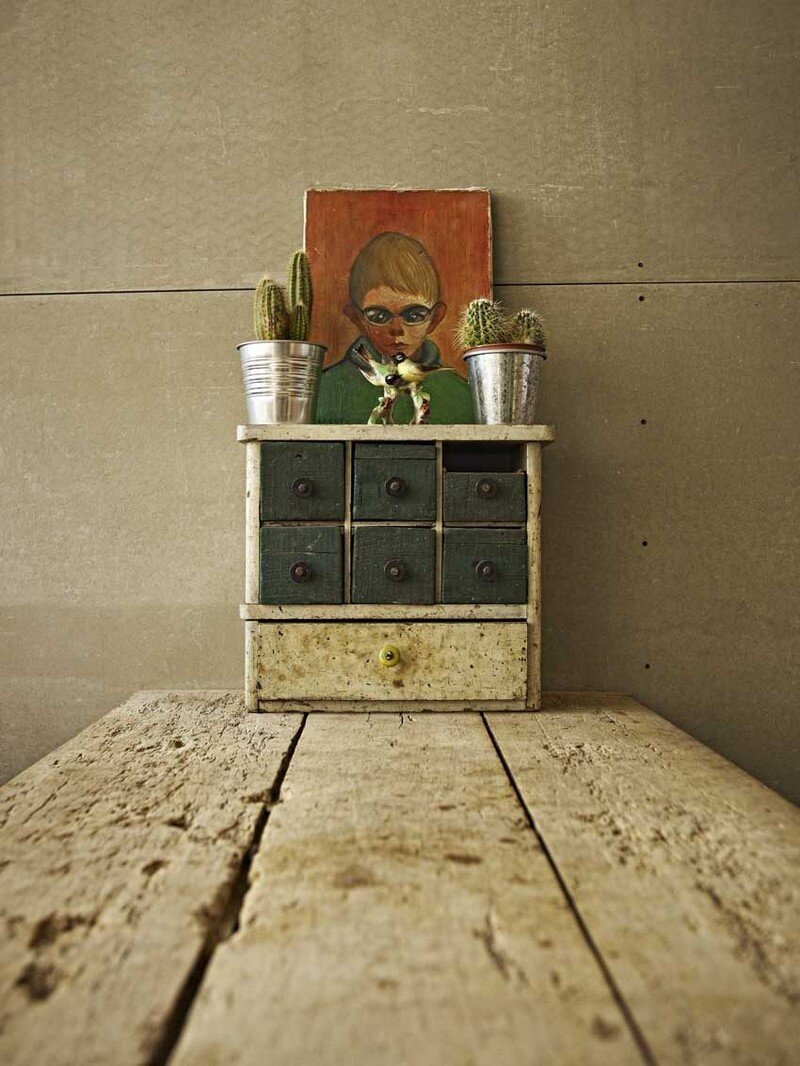 The kitchen wall is painted in blackboard paint to emphasise that it is a workspace: the couple use it to write notes and reminders. The basin, storage unit and wall clock are from IKEA. 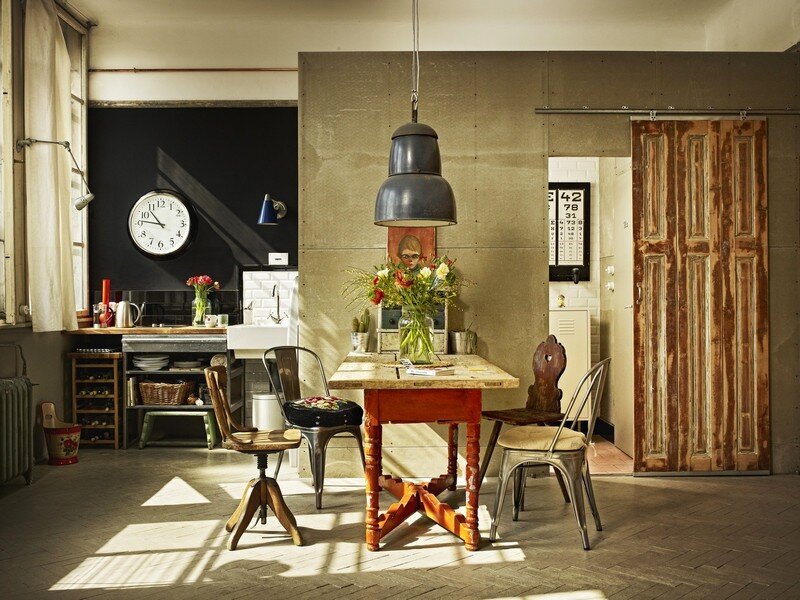 ‘We wanted a gallery effect, so we painted the dark oak floor in a pale warm grey,’ says Attila. The old wooden dining table is another ‘Hucul’ piece from the Carpathians. Classic Tolix dining chairs suit the industrial edge. 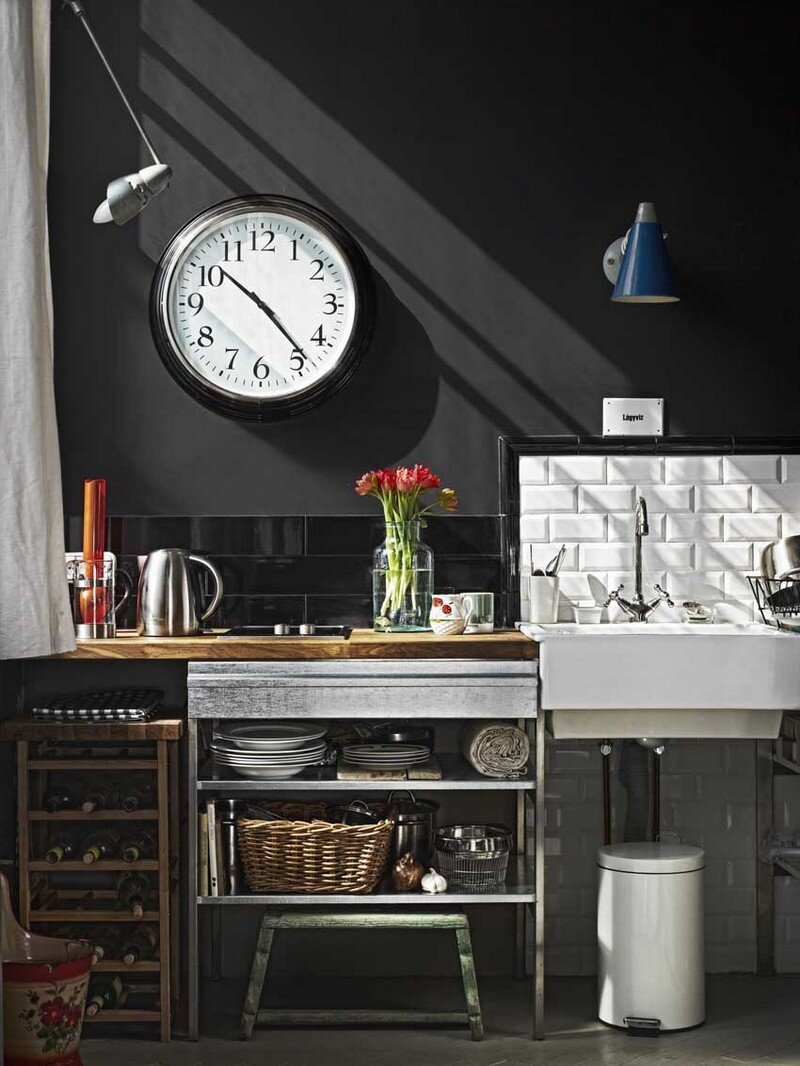 The couple found the metal letters in a junk shop and liked the quirkiness of them. The tiles were chosen for their retro industrial look. ‘We bought the basin in Romania, you can buy a lot of traditional pieces as new there,’ says Zsuzsa. The painted iron mirror was picked up in a local flea market. 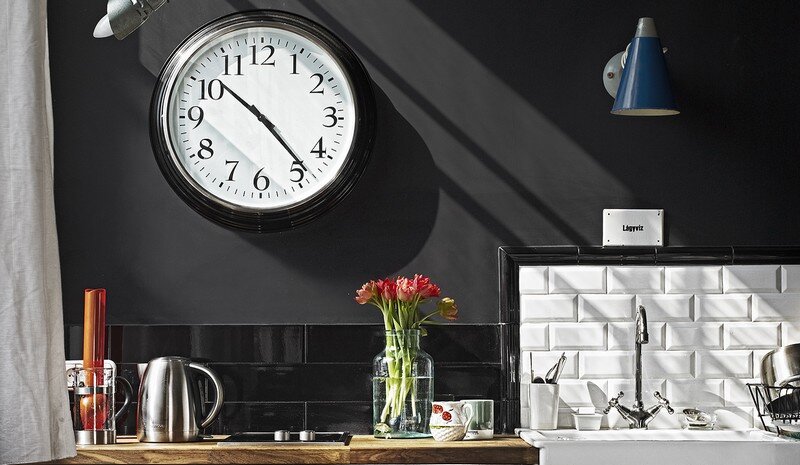 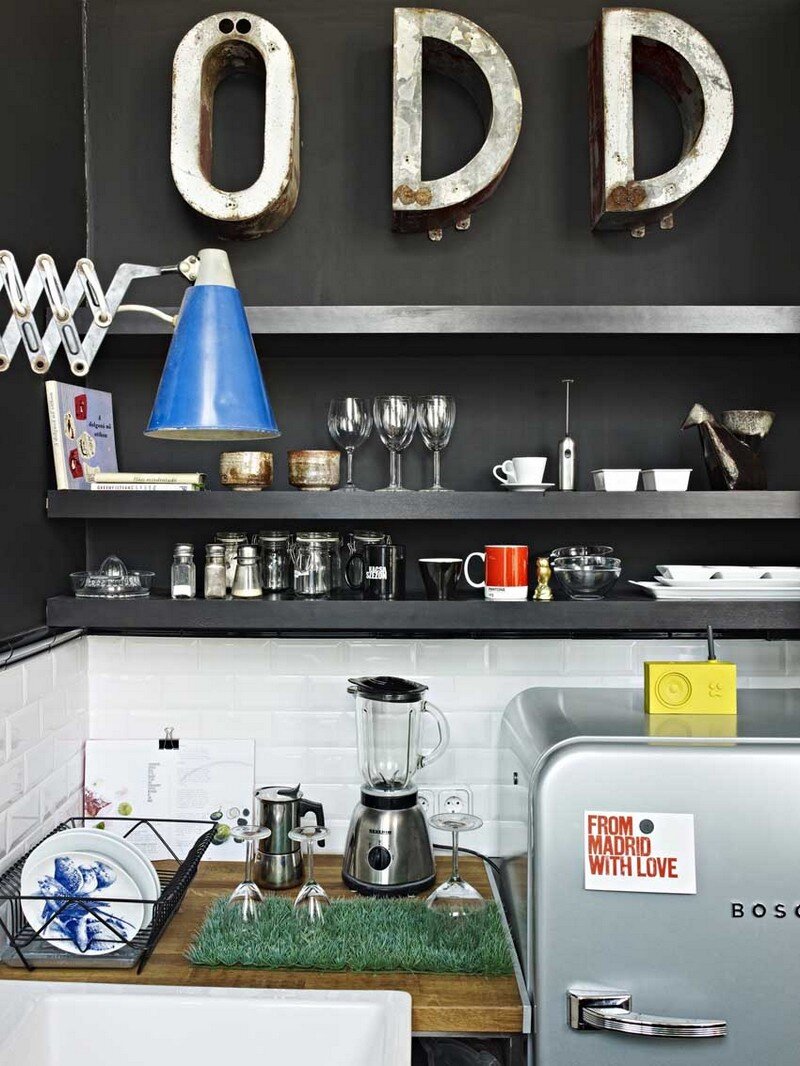 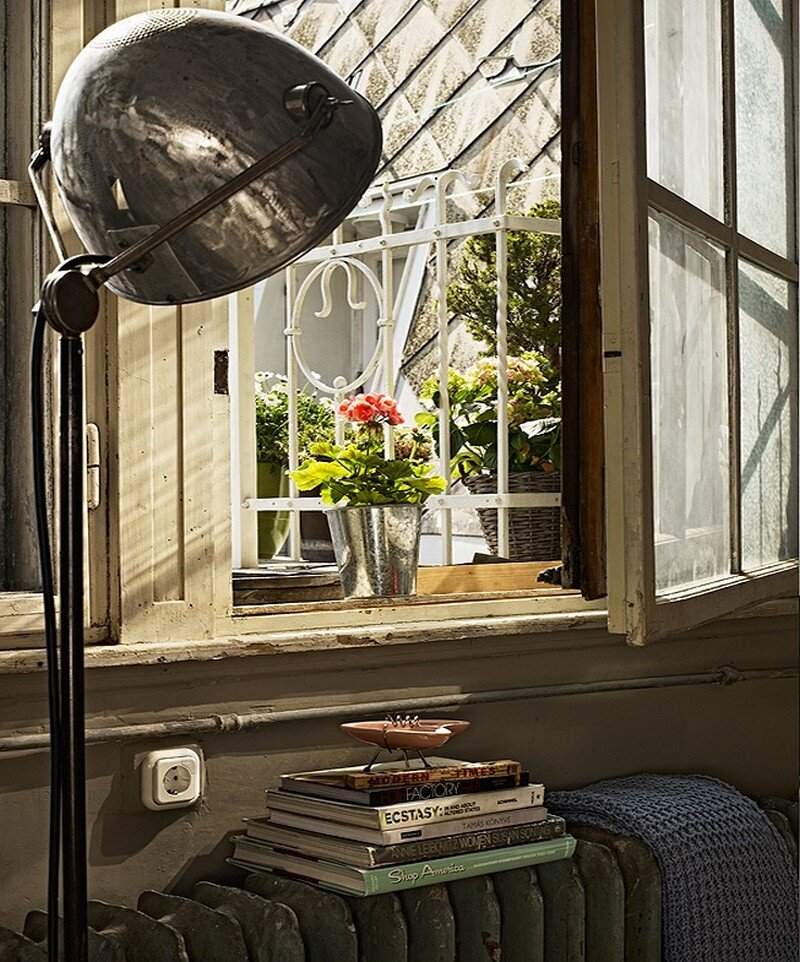 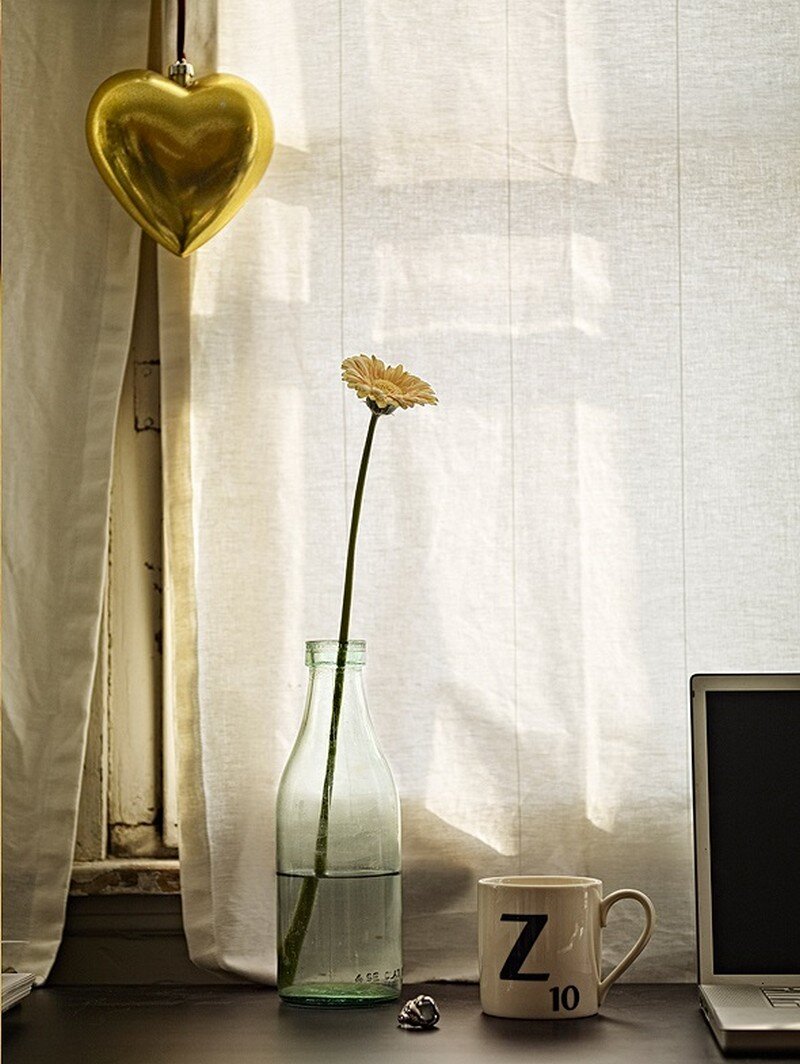 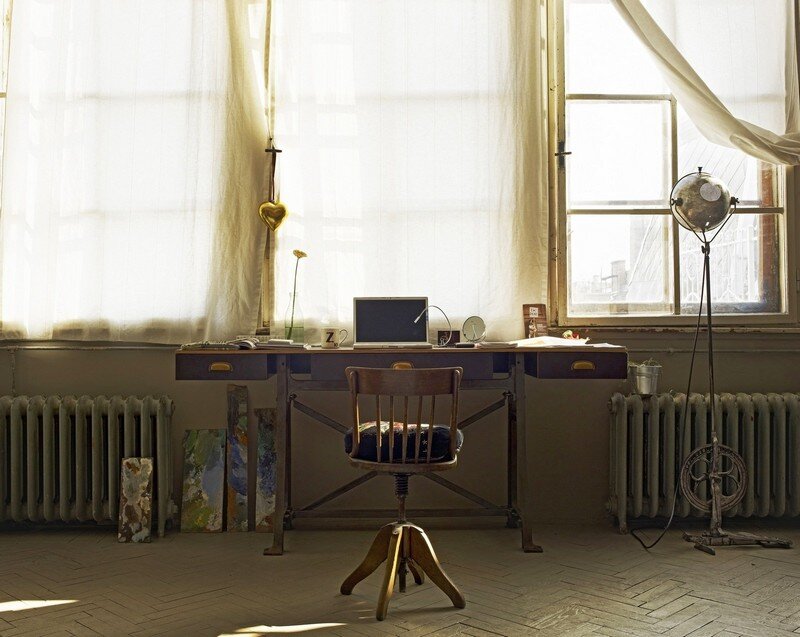 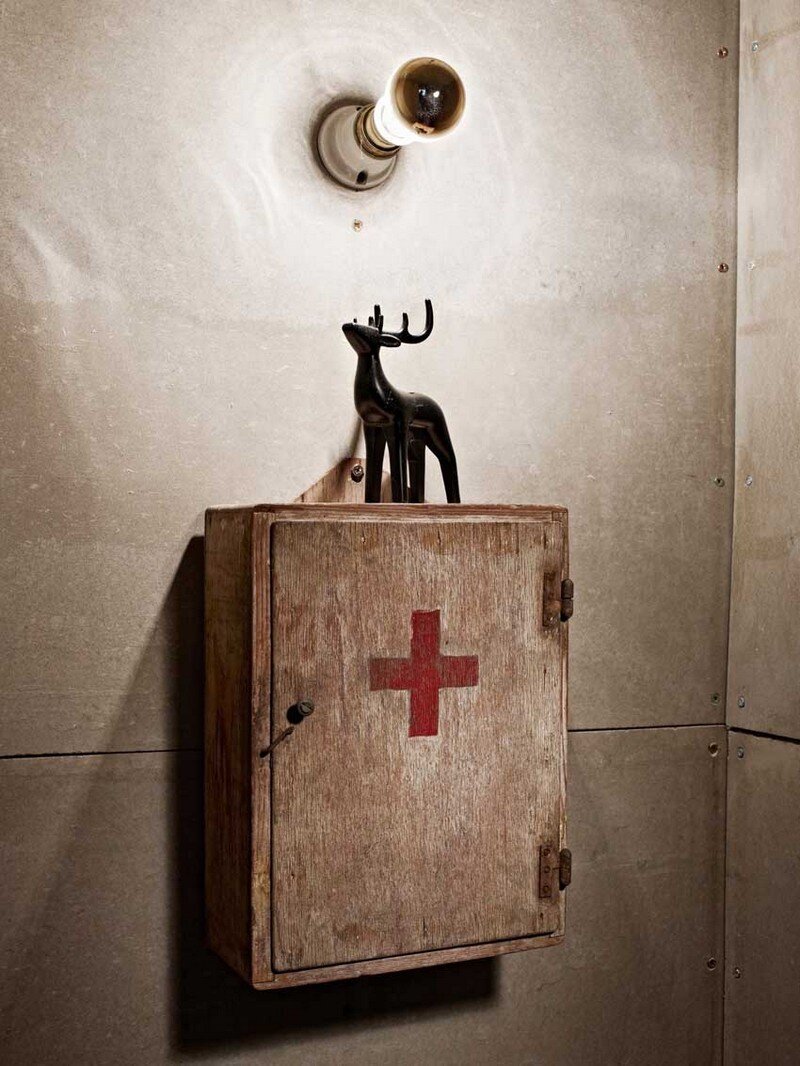 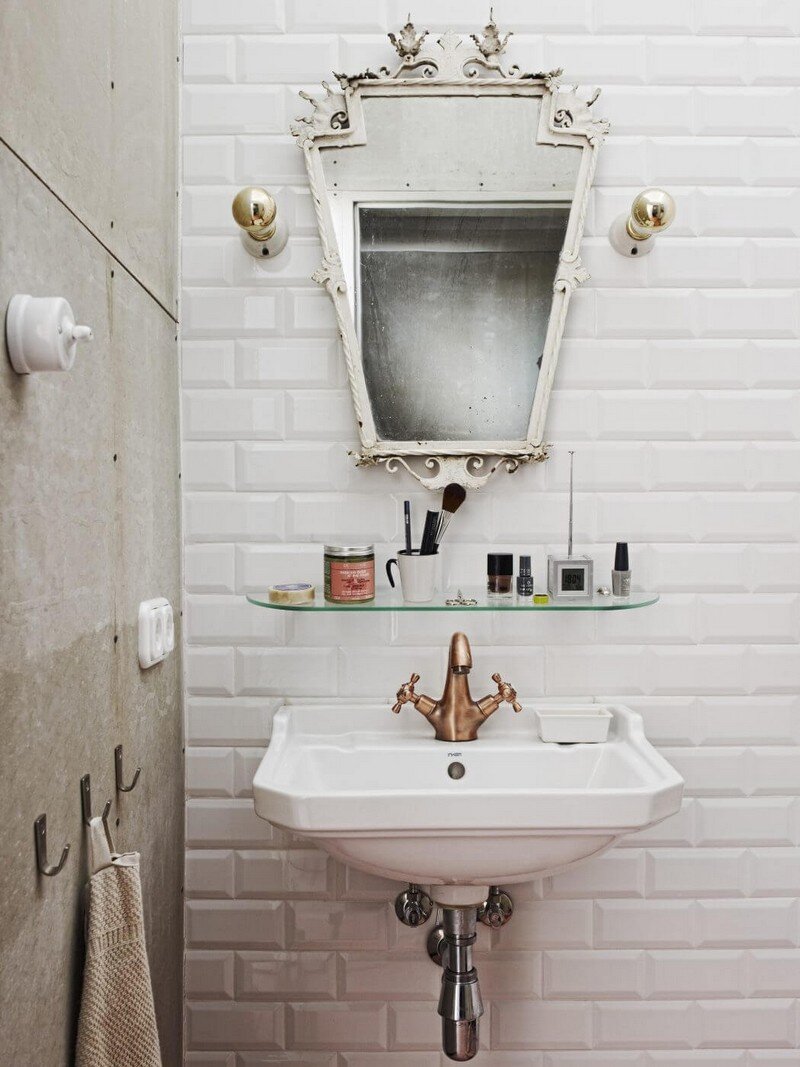 Loft in Chelsea for an Art Collecting Couple with Small Children

Madrid Loft – “House Within a House” Inspired by Japanese Architecture

Loft Apartments with an Industrial Factory Feel in Northbourne, London