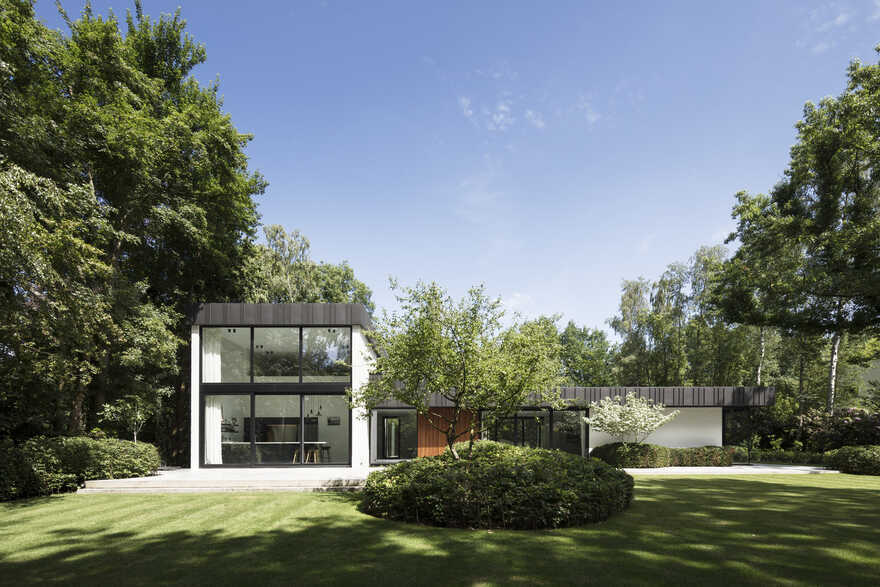 Although this bungalow on one of the stately driveways of Brasschaat had been on the market for a long time, JUMA immediately saw its enormous potential when the client came to them with the question whether a renovation was worth considering. 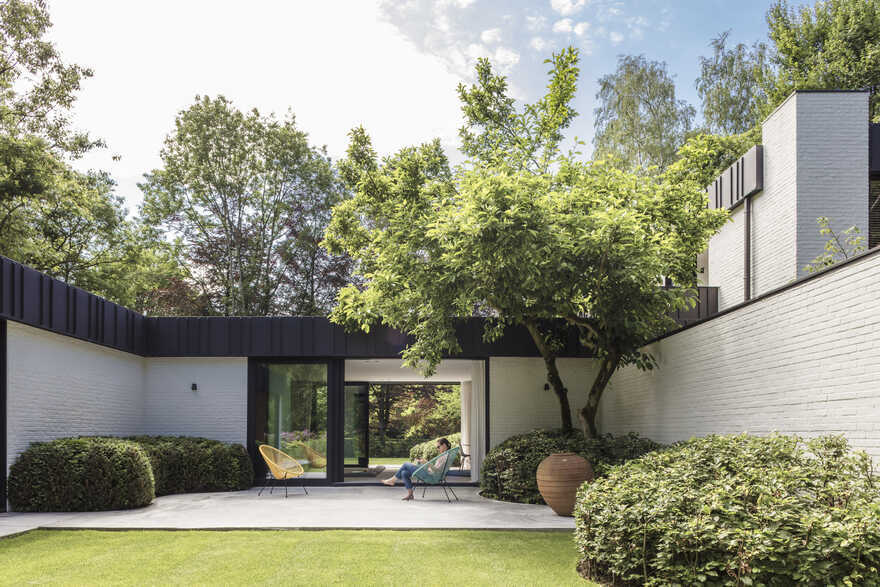 The existing volumes have largely been preserved, only the veranda and the gable roof were removed. The gable roof was replaced by a flat roof with corbeled canopies in black zinc. The staircase was moved to open a large space that accommodates the kitchen. 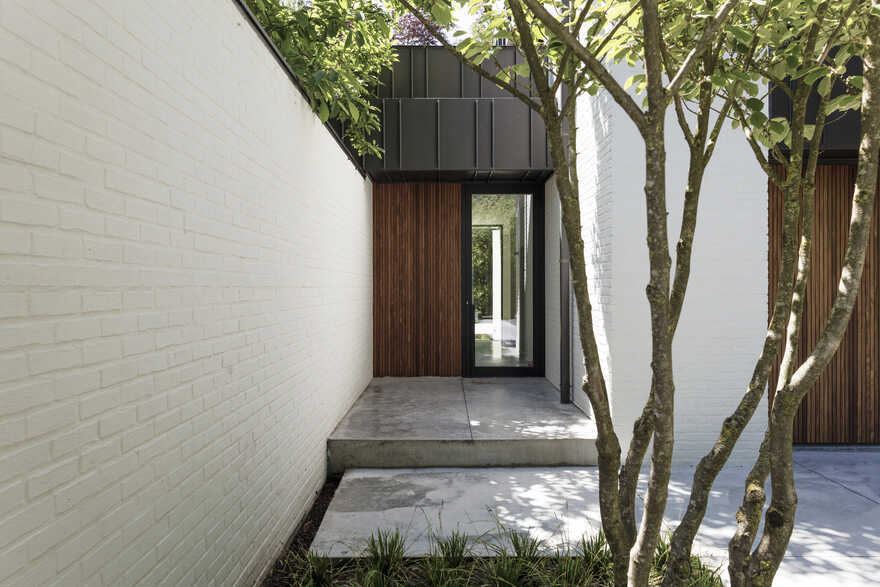 The presence of a basement crawl space made it possible to accommodate a recessed seating area in the living room, obviously replete with a wood-burning fireplace. 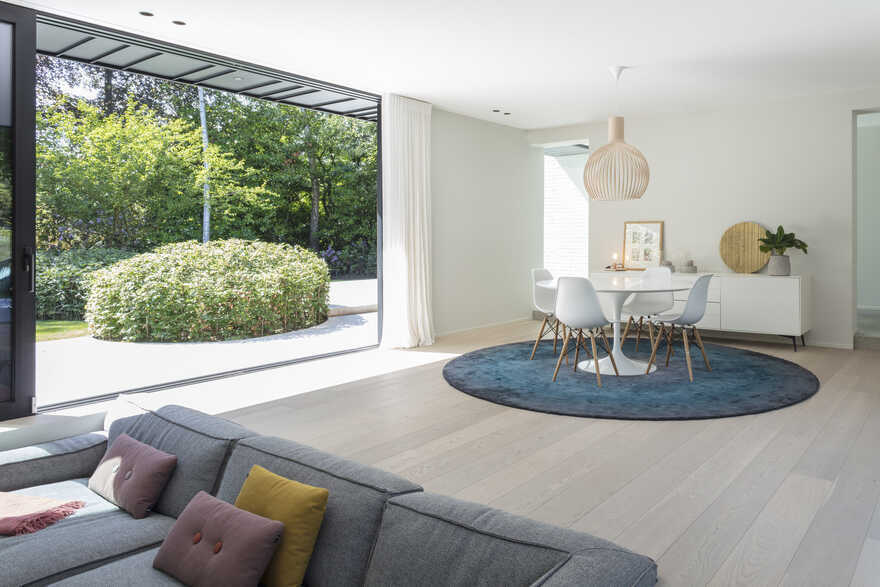 The plot has a large, beautiful front garden, in which JUMA Architects introduced a garden wall to create a separation from the driveway and the entrance zone. By placing an identical large window opening in both the front façade and the rear façade, a visual connection is created between the greenery in the front and the back of the house. This makes for a very open living space, in which one feels as it were enveloped by the exuberant surrounding greenery. Exterior becomes interior. 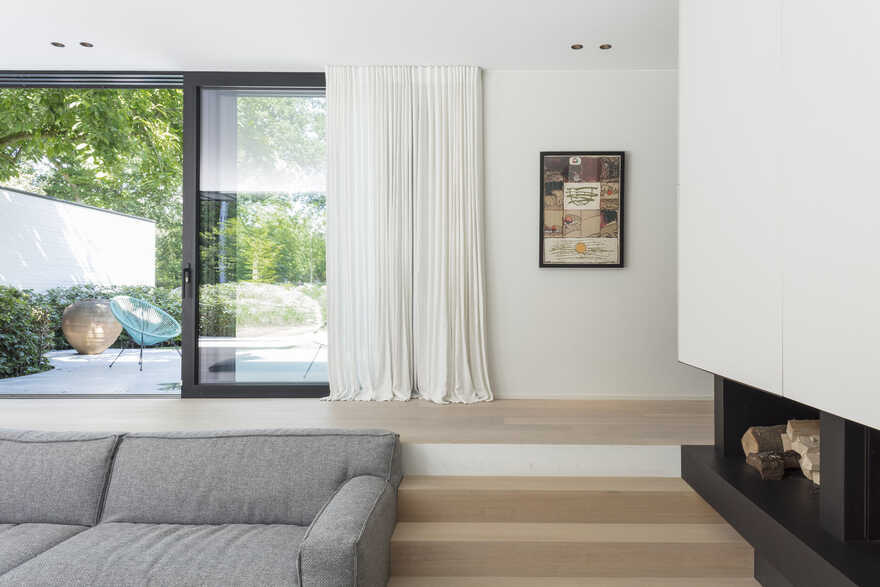 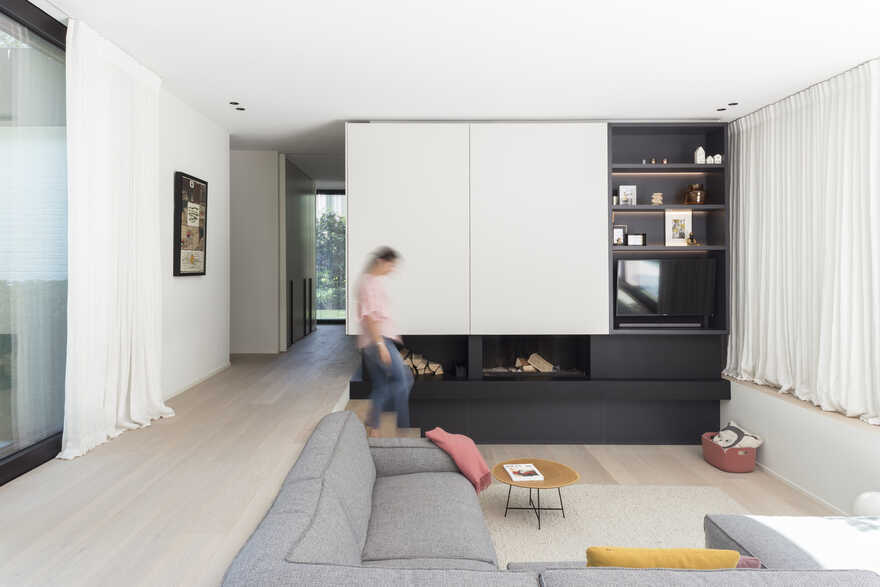 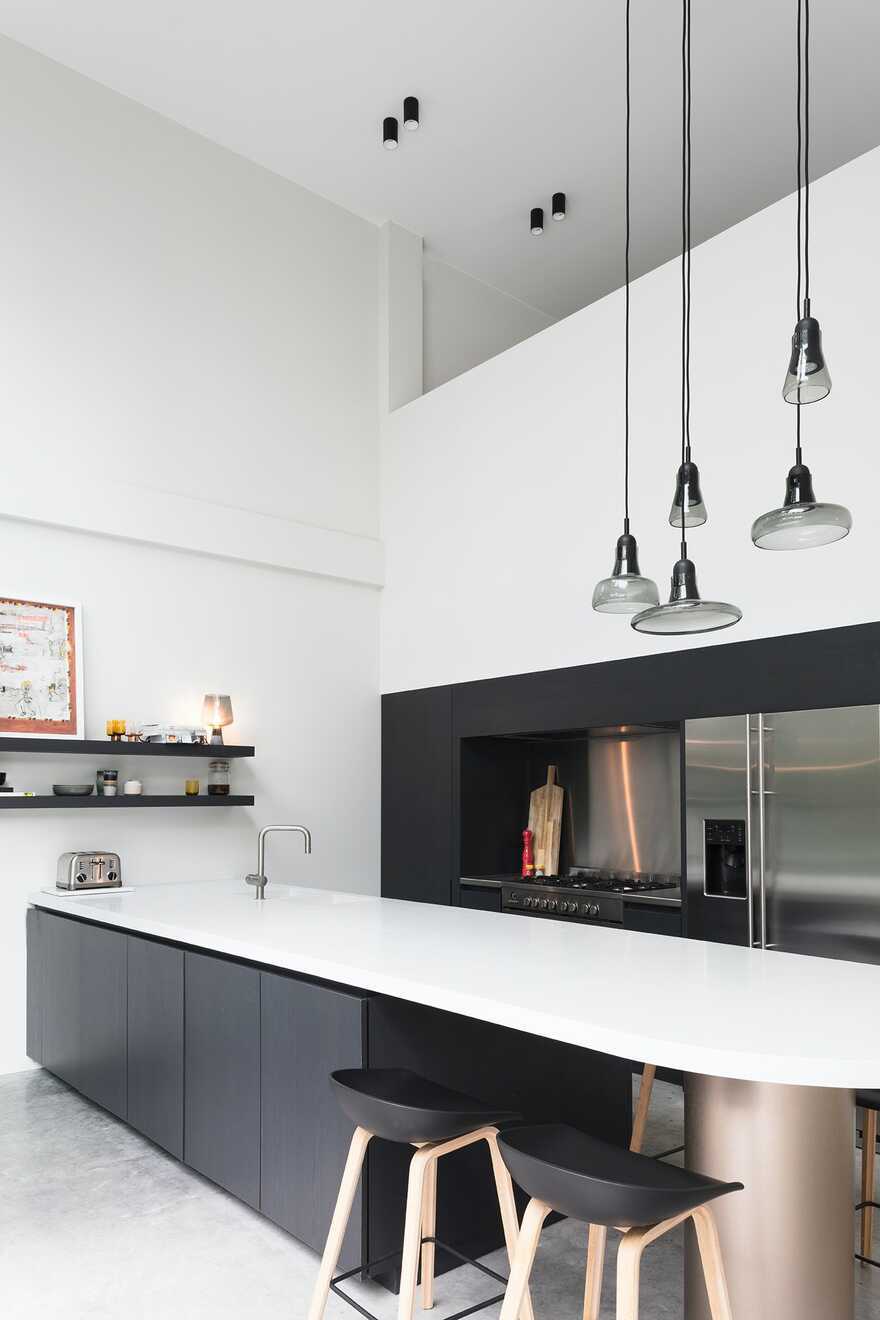 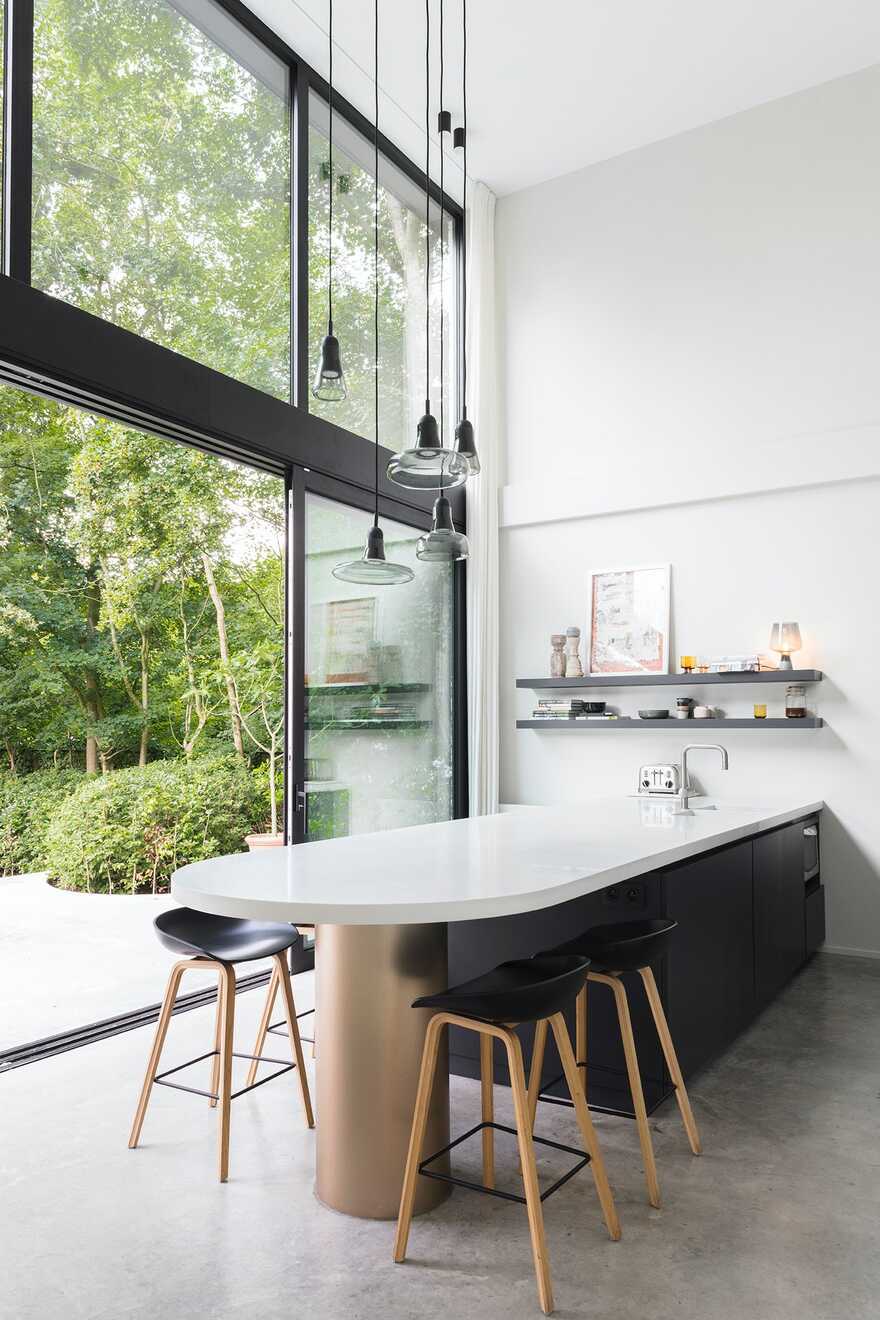 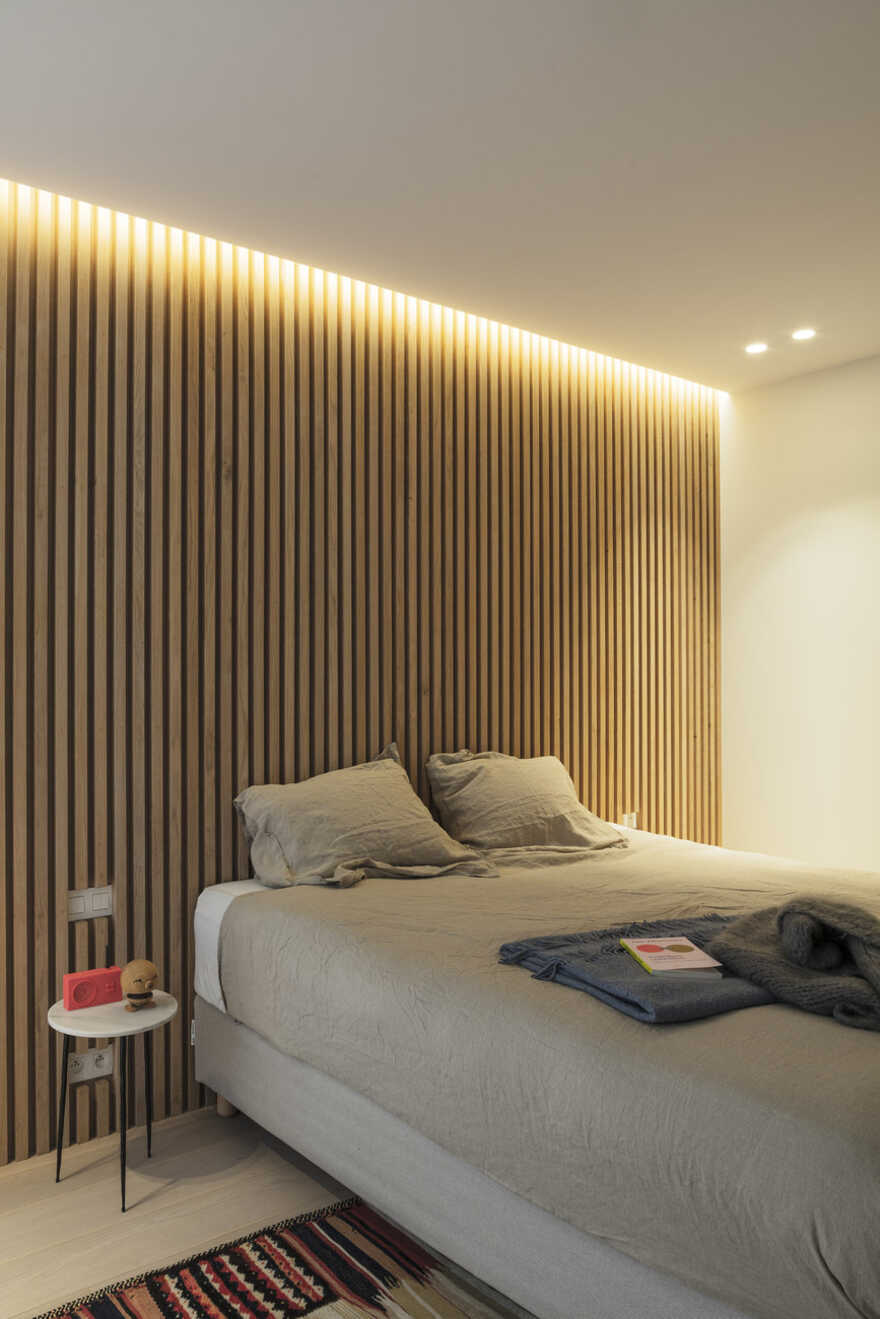 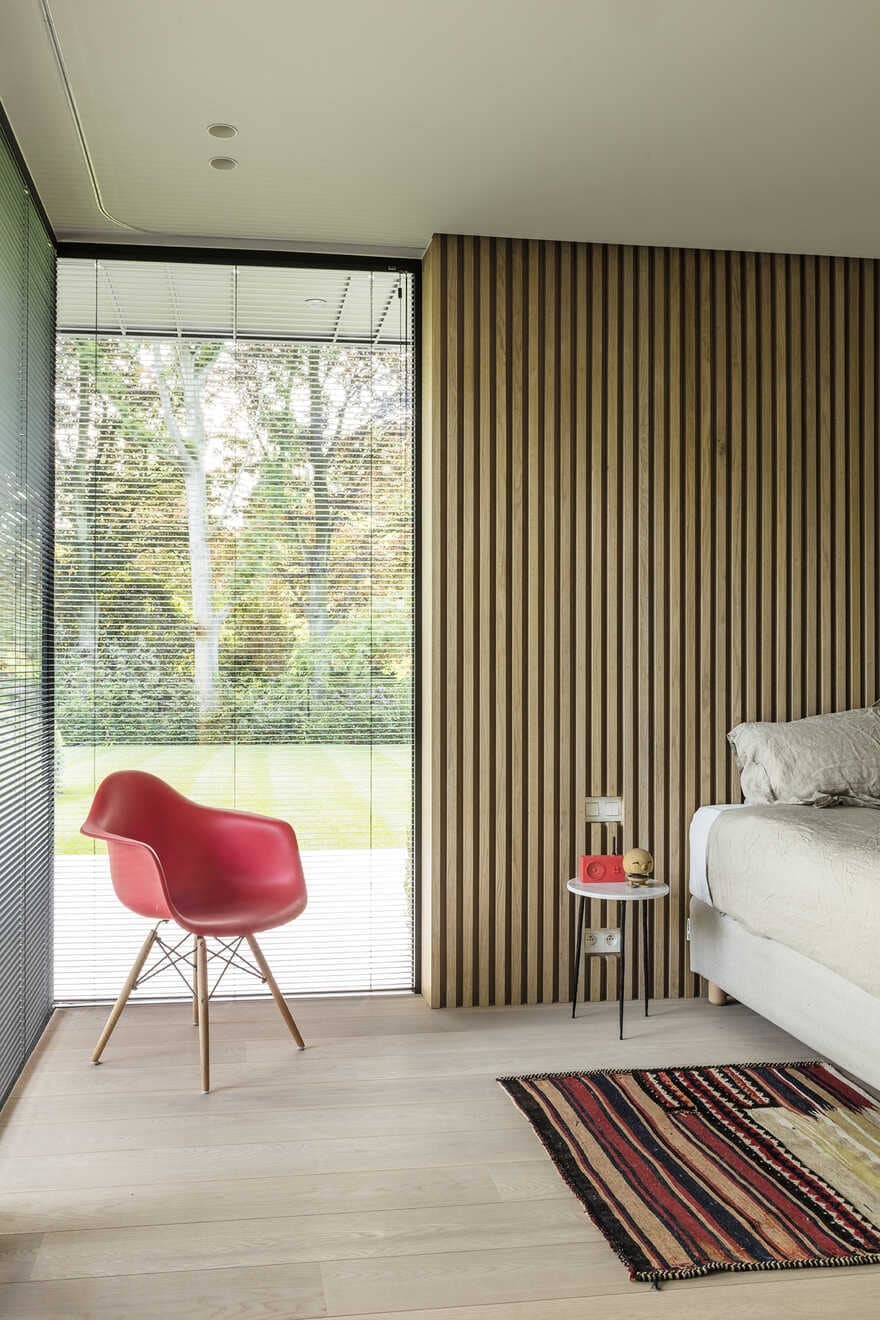 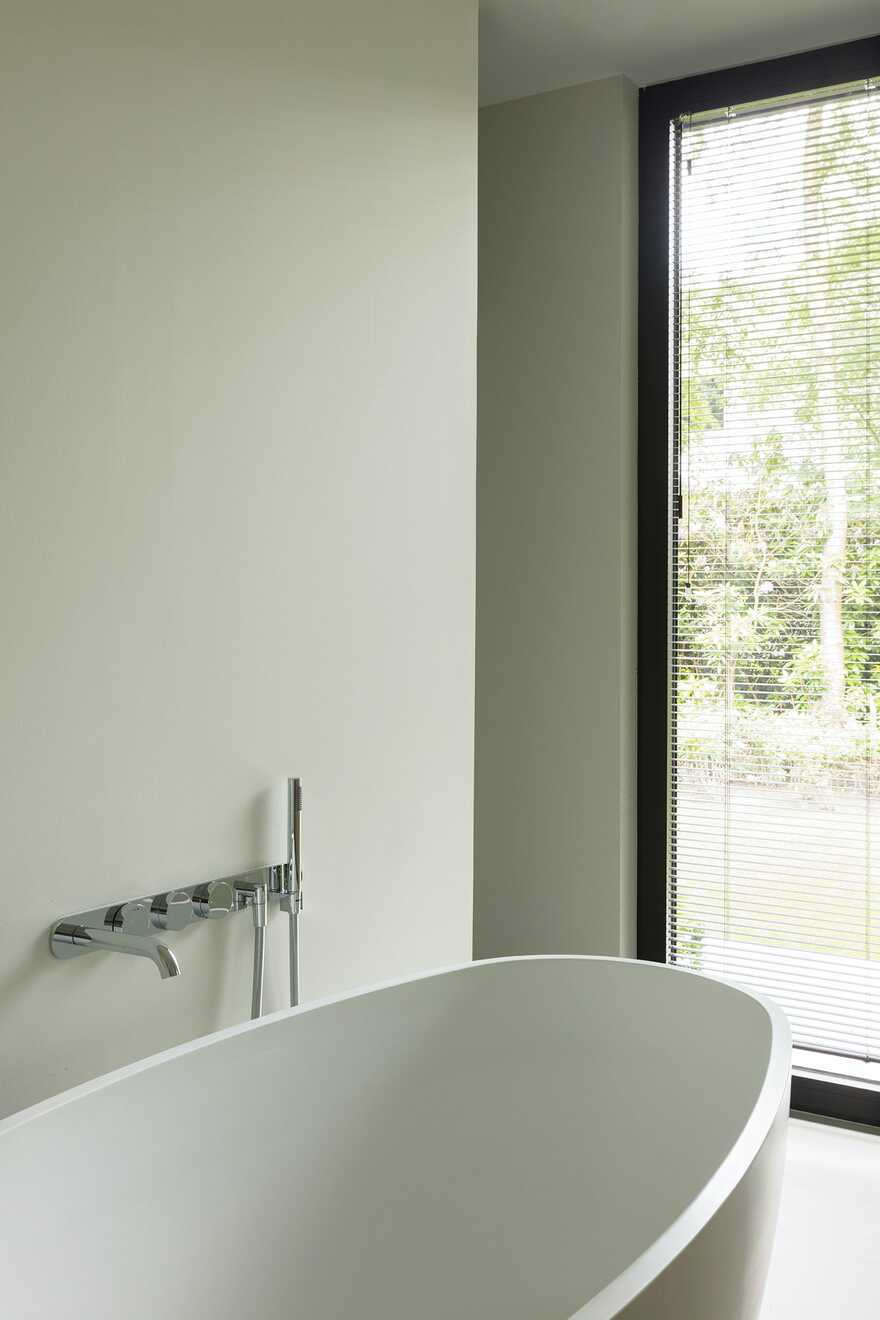 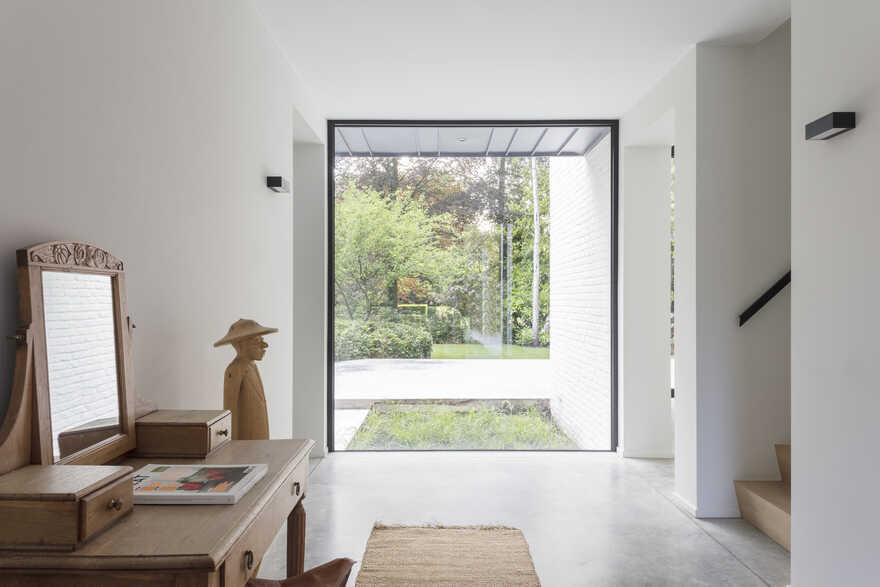 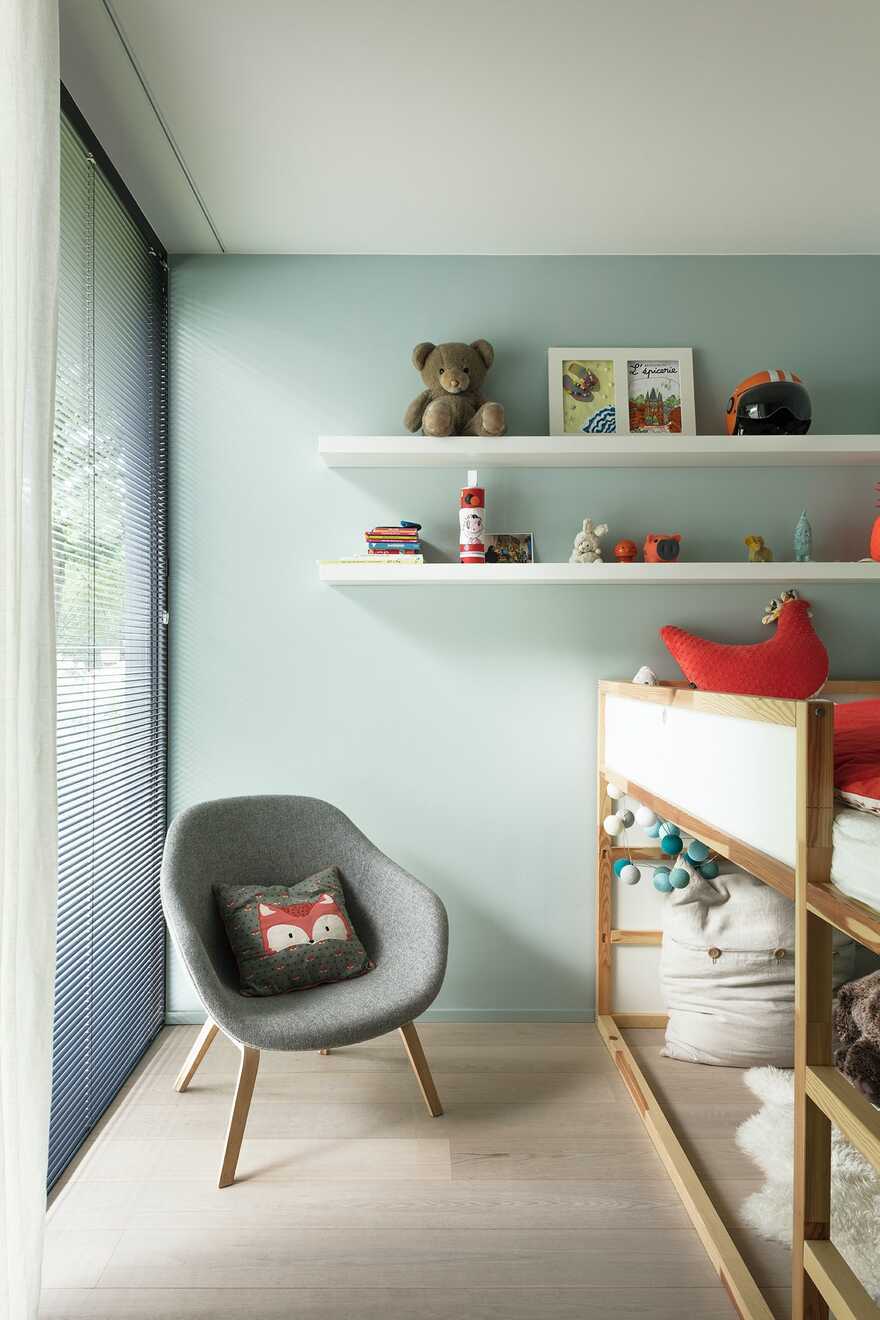 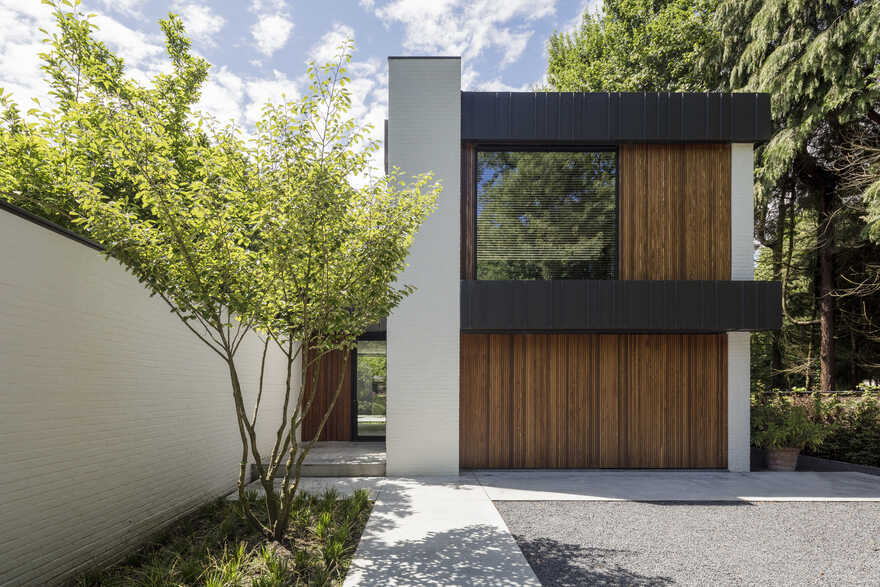