The genesis of this croatian country house might have a somewhat peculiar narrative. The possibly reversed but certainly not unwanted process of conceiving and designing the space where the foremost sensory role has the nature itself. Initially, before everything else, there was a walnut tree, providing perfect natural shade and representing the first outdoor residing space. Over time, a terrace was gradually shaped around the tree, and eventually the idea of building the house emerged.

The sloped terrain with its panoramic view overlooking the nearby forest and mountainscape together with the position of the existing terrace were the only determining elements in the process of designing this country house.

Without any need for flirting with or referring to existing and traditional in its surrounding, with no need for appropriation or approval, this was simply about to be a house on a hill, a terrace extension and enclosed belvedere. The pitched roof, the compact layout design and the usage of wood in facade cladding were the only distinctive functional elements of the region accepted and implemented into the design.

With the gross floor area of 100m2 the house consists of a small storage on basement level, a living room with an open kitchen and a bathroom unit on the ground floor, and a sleeping area on mezzanine level.

The intention to obtain a spatial flow between the exterior and interior, notably in terms of connecting the indoor kitchen area, the summer outdoor kitchen and the terrace, was equally sought to be achieved in the interior design itself in the form of an open space plan.

Accordingly, the entire house is perceived as a single volume, greatly reflecting the surrounding nature from its every single point, whereas the kitchen and the bathroom area form a small compact box-like core set within the larger house volume.

Apart from the concrete basement and foundations, the house was entirely made of aerated concrete blocks which significantly accelerated construction at the given location. The 30cm thick exterior walls, also made of aerated concrete blocks, met all building physics requirements with no additional thermal insulation needed. The thermal efficiency in terms of unwanted overheating during summer and heat loss in winter time was enhanced by a ventilated facade made of Siberian larch cladding. The facade is painted with two layers of black wood tar, a natural genuine product which penetrates deep into the wood giving it protection and lasting for a long period of time.

The appearance of daytime black compact and seemingly monolithic structure is altered in the evening by switching the lights on. The house becomes a delicate almost lantern like object, casting light on its surroundings through the shutter slots imitating the sun rays that illuminate the interior during the day. 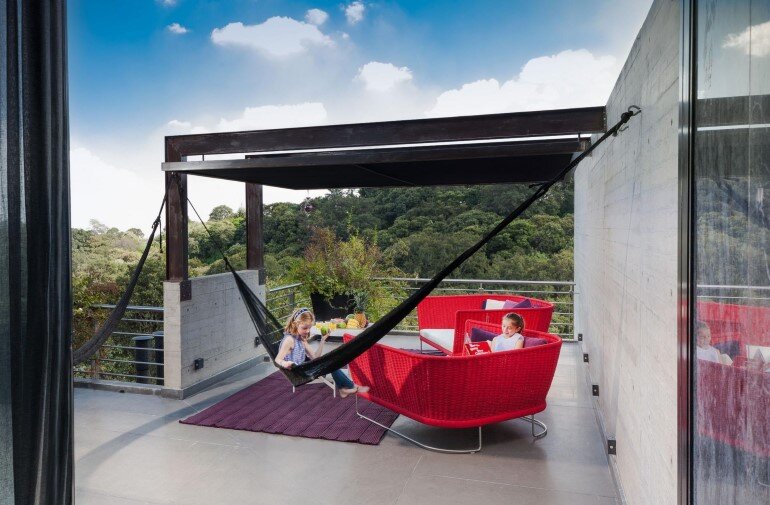 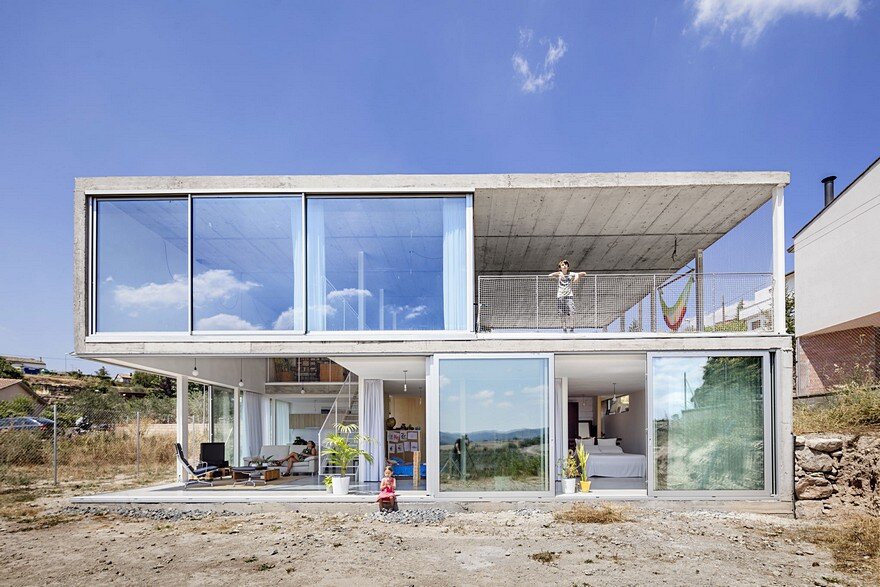 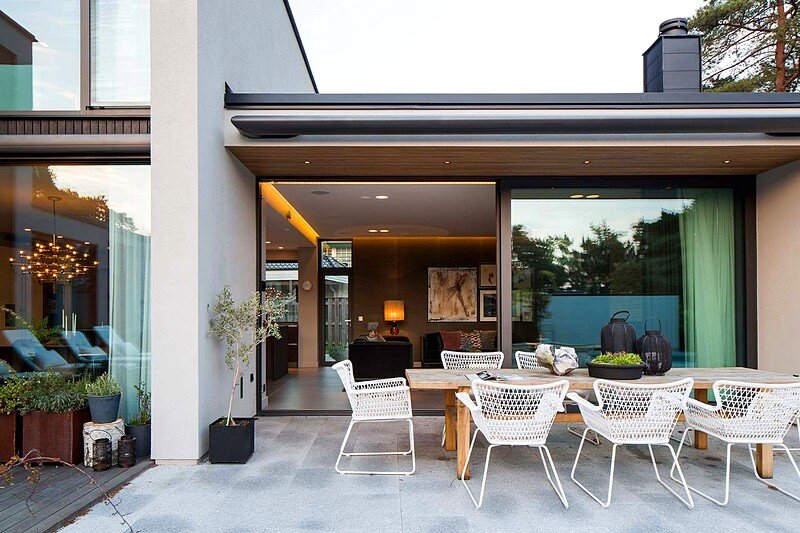 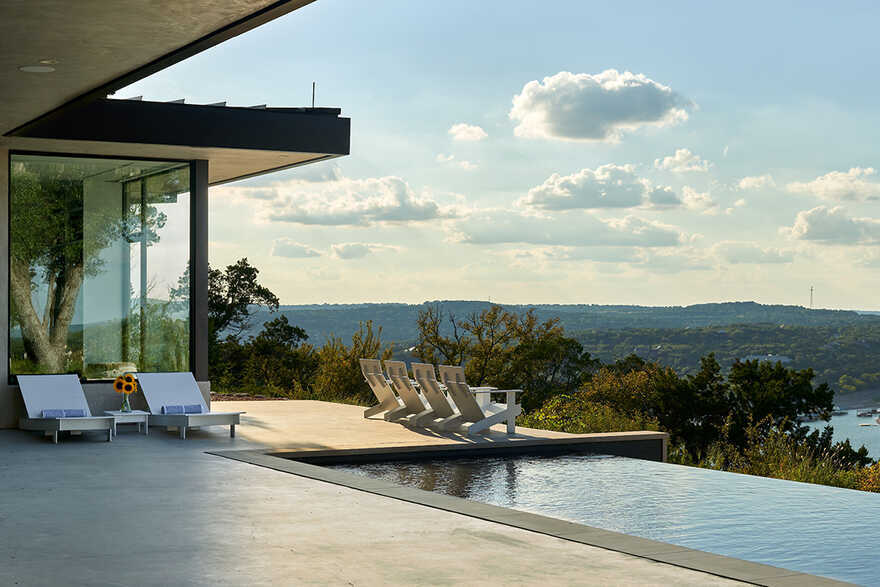 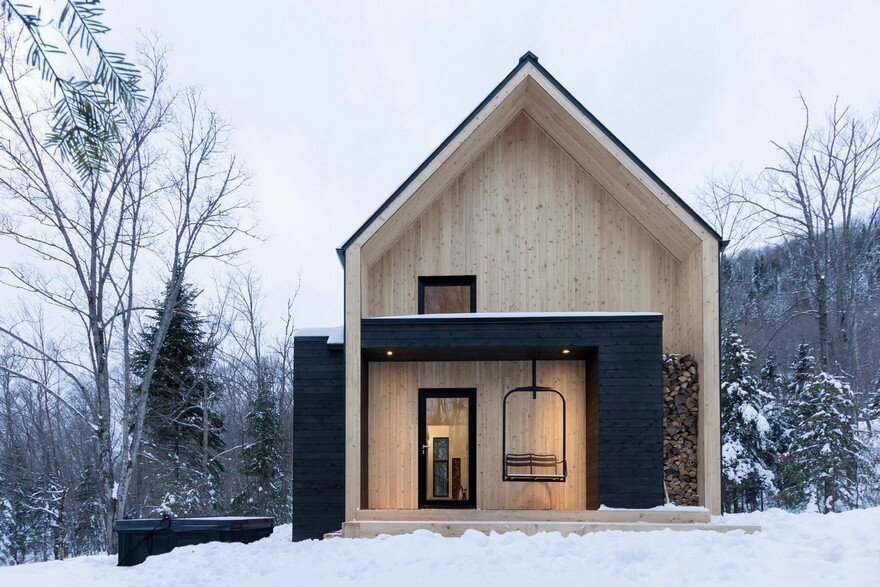 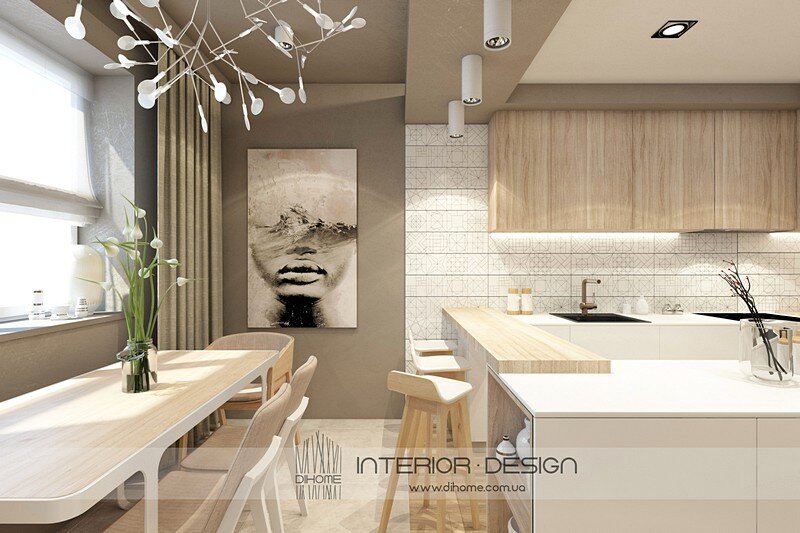 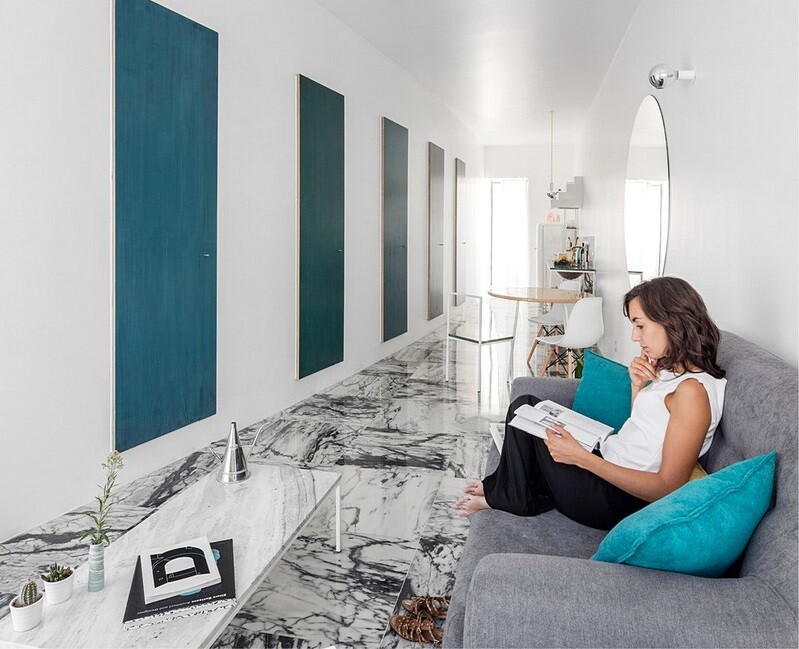 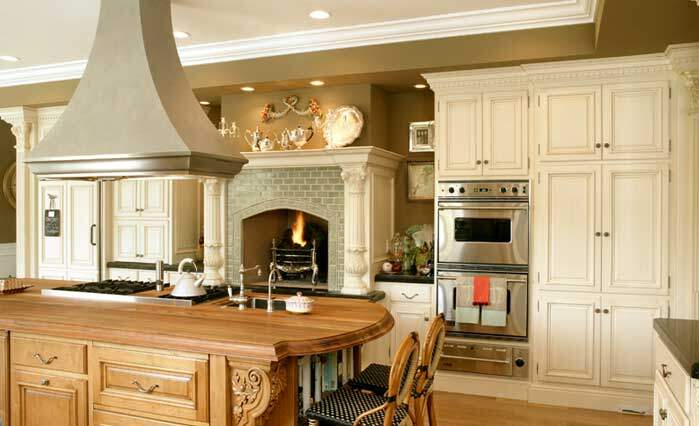