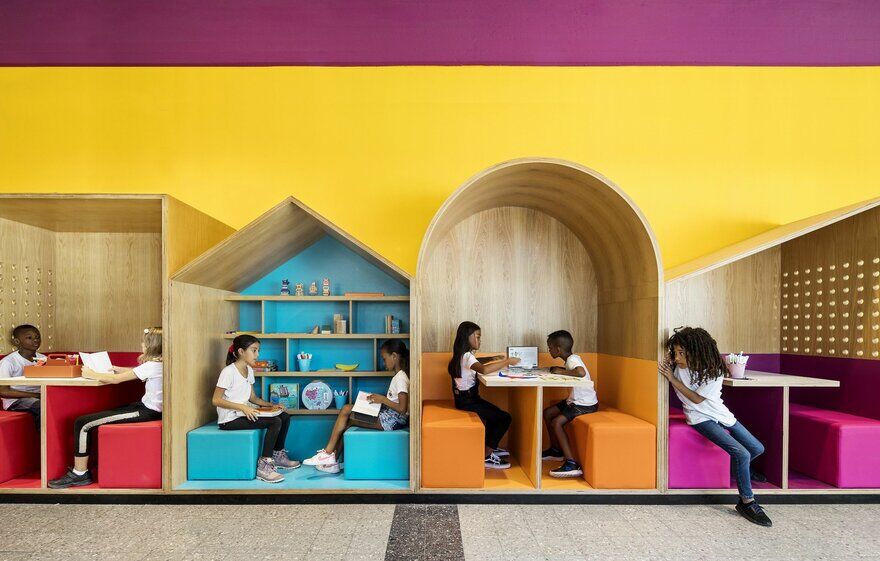 The Hayarden School, located in South Tel-Aviv, in Hatikvah quarter, educates 500 children of refugees and children of immigrants. The school was originally built in the 60’s. 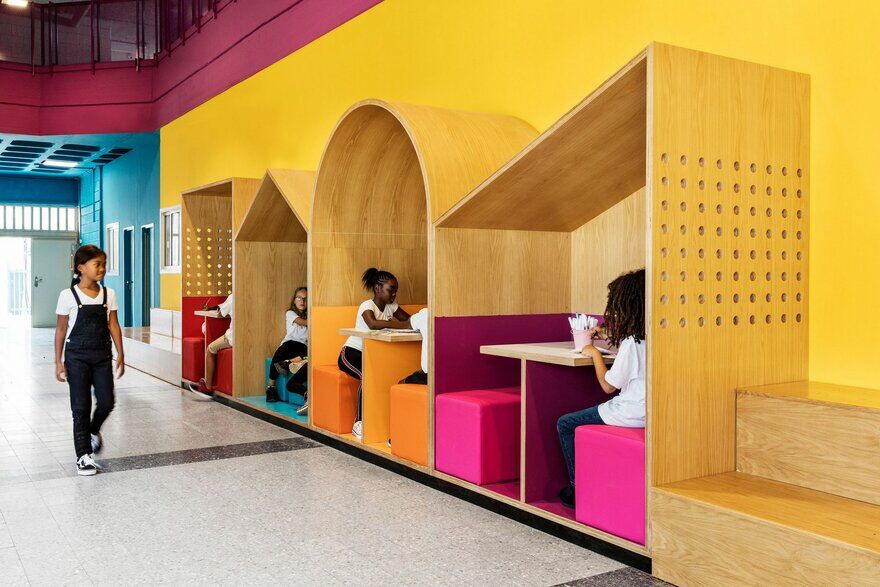 Designer Sarit Shani Hay, who specializes in design of pedagogical environments collaborated with architect Chen Steinberg Navon and Ayelet Fisher. The two- storey school was renovated on a limited budget as part of a pro-bono project for the community sponsored by a nonprofit, Zionut 2000. 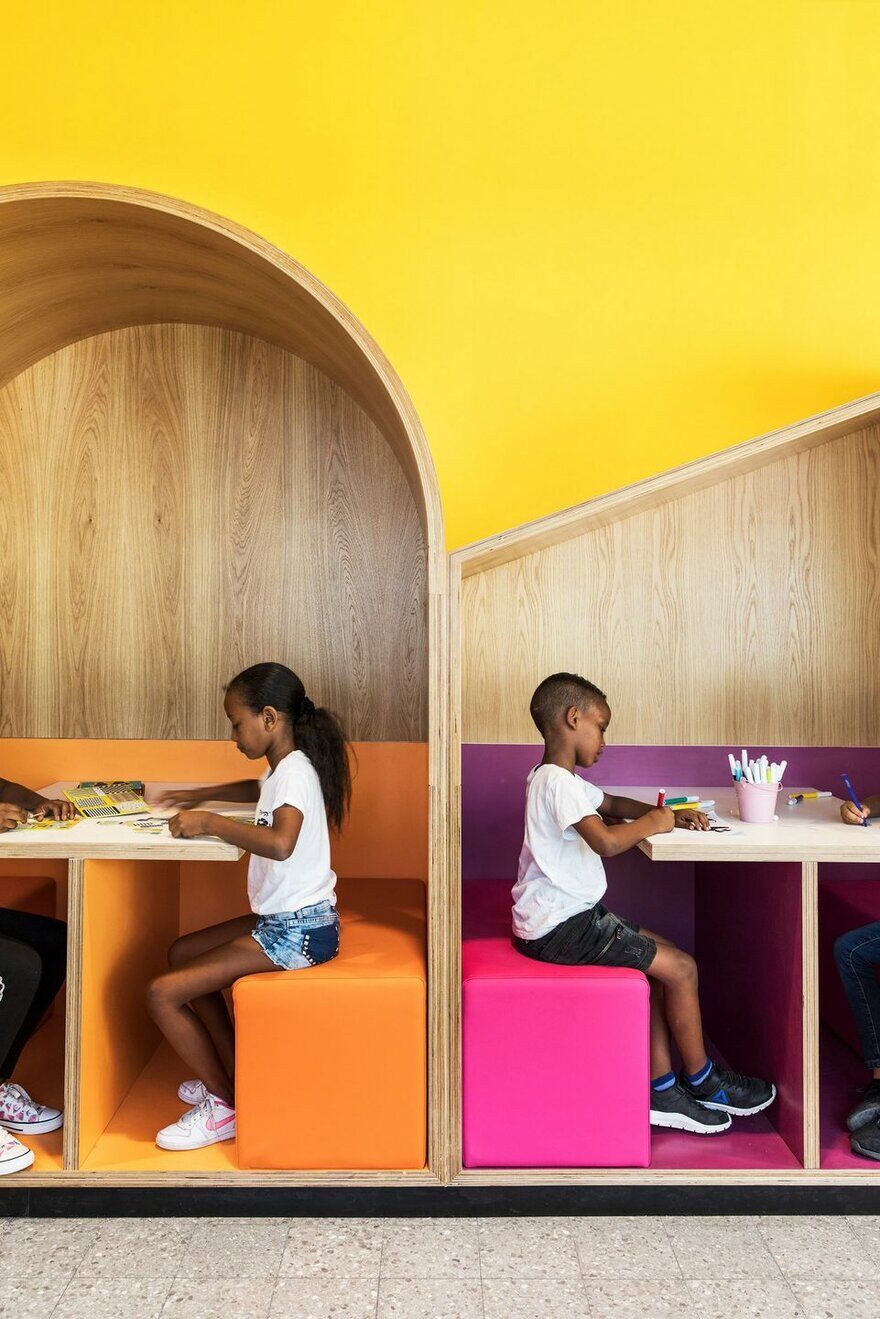 The team chose simple and cheap ways to add elements of fun into the communal spaces, lobby and corridors. An ecological garden and playground were also designed by Lavi Kushelevich. 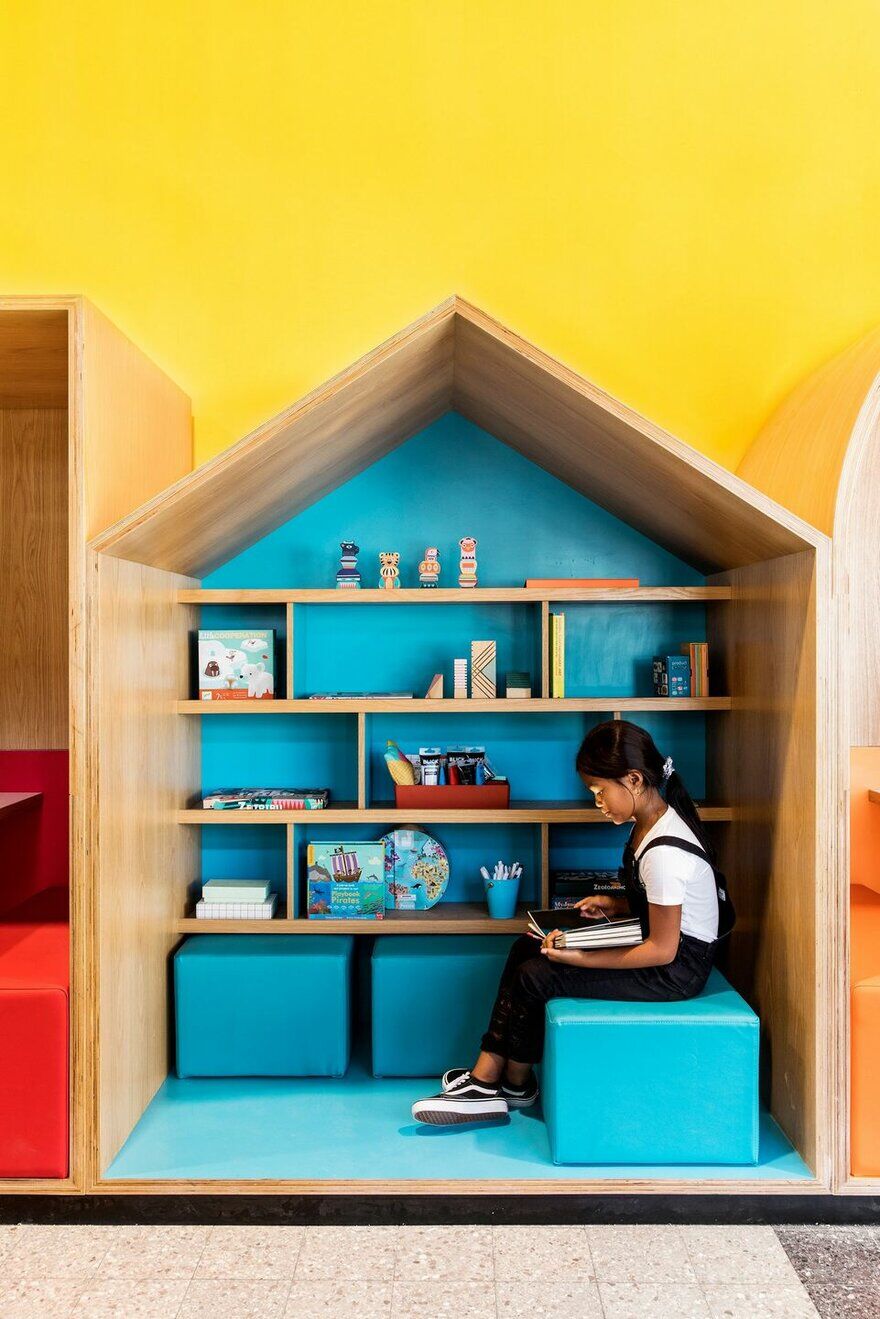 There is a lot of antagonism towards this population – many of whom are asylum-seekers – and the kids are the first to suffer. For years it was quite neglected and was just recently renovated on a very limited budget. The project’s brief was to create a fun learning environment with a contemporary feel, which would offer diverse ways of learning through play. With this in mind, the lobby was divided into different study areas. Four different wooden boots in different colorful geometric shapes allowing the kids to seat, study, read & play in groups or in privacy. The theme of the house was repeated in the space creating a sense of belonging. 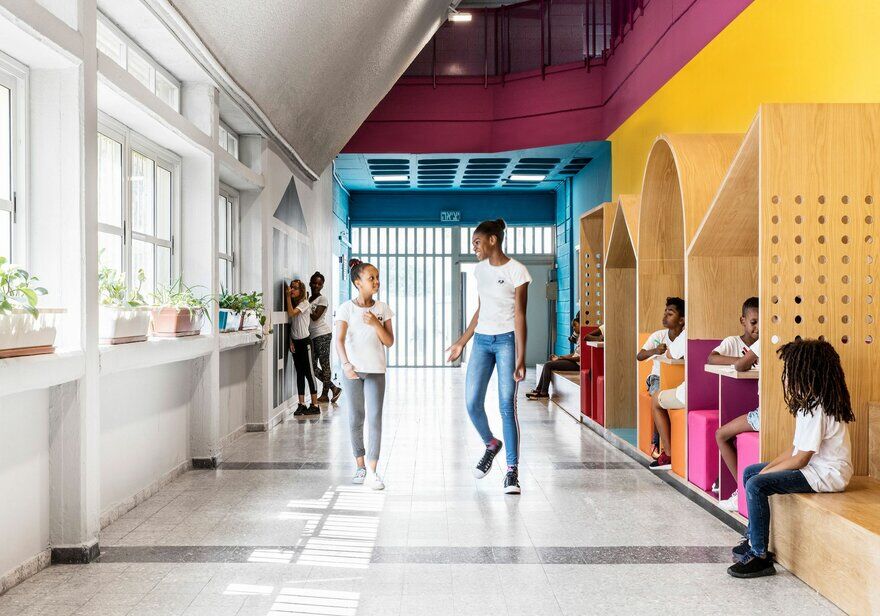 The use of color became a main them as a strong focus was put on the colorful scheme which was drawn from the different flags of the origin countries of the students. The use of strong colors is repeated in throughout the corridors: a fuschia staircase pops against a turquoise wall, with a small orange-floored sitting area underneath. Another area has concrete block walls painted yellow with a cork board design. 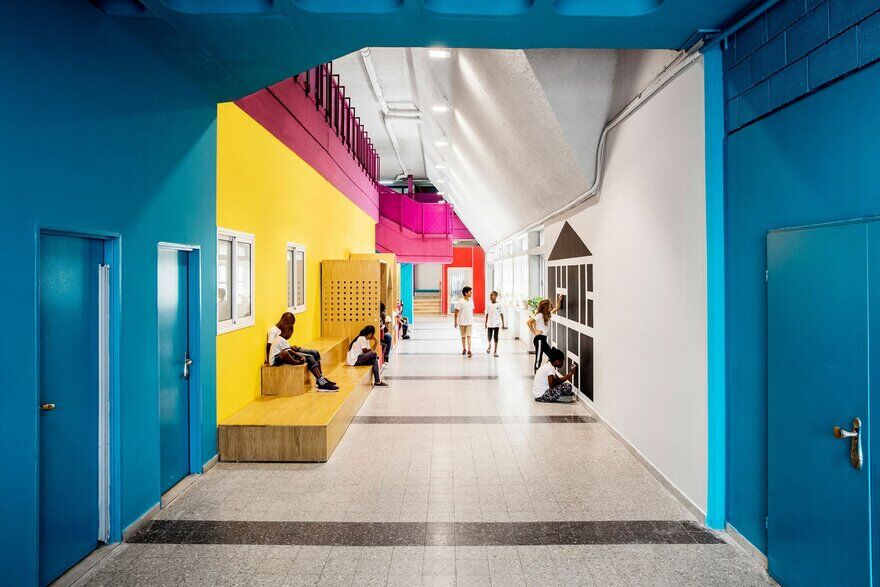 According to Shani Hay, the project was done in collaboration with visionary educators, who all strongly believe in the importance of aesthetic and designed learning environment for all children, especially in an economic disadvantage area, where school becomes second home for these children who mostly don’t have the safe & intimate corner in their own home.”It’s at these times that I feel that design becomes a tool for social change. The power of education that can change and influence and therefore create a better life for less-fortunate kids is immense” says Sarit Shani Hay. 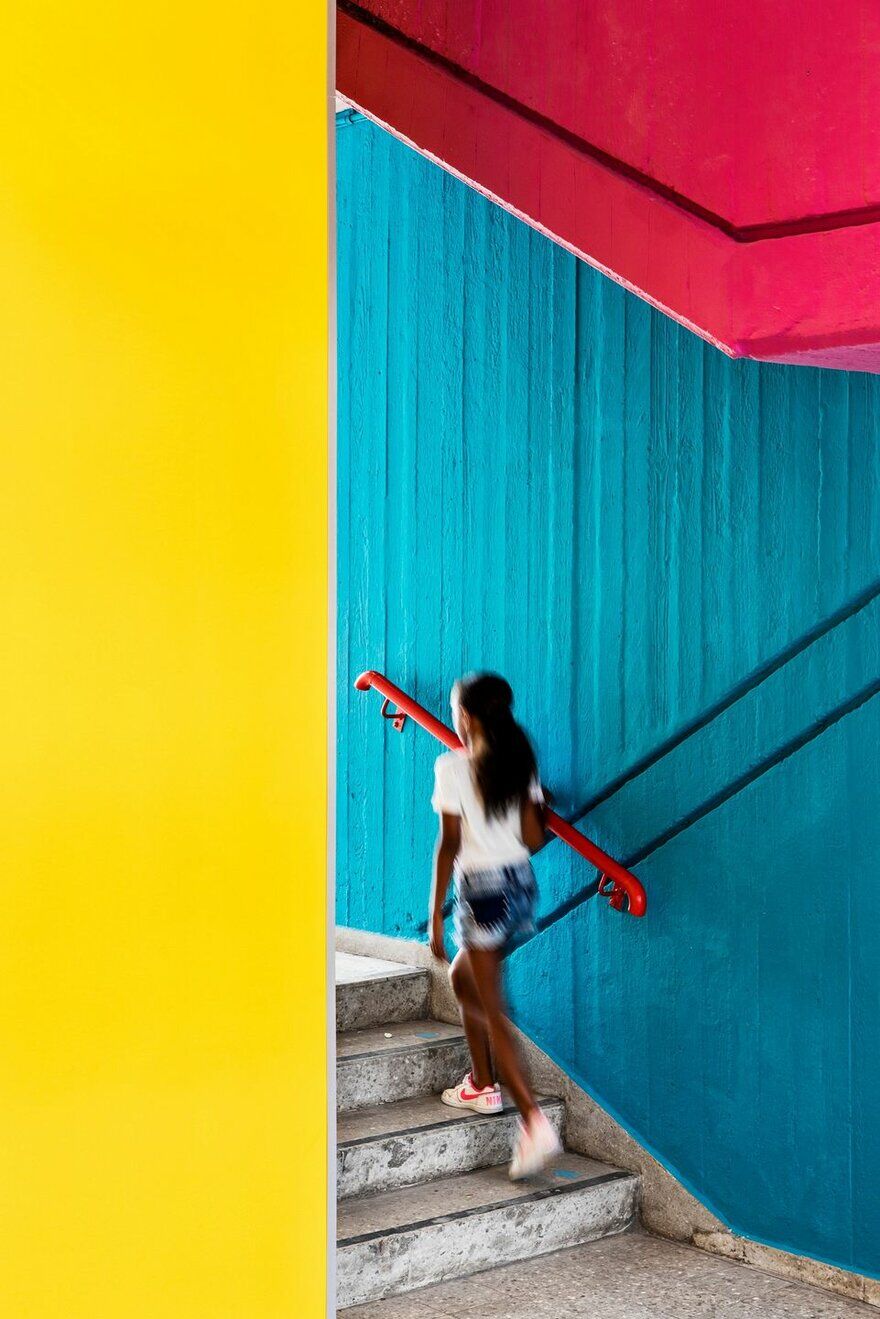 “Watching the kids on their first day of school was an amazing and emotional experience. They were thrilled with the space and showed a lot of respect for the school’s newly-renovated environment. But above all, they were deeply touched that someone had actually made an effort especially for them. The principle, Mr. Yehuda Friedman, told us that the atmosphere at the school has changed ever since: the kids have more self-esteem and there is less violence”. 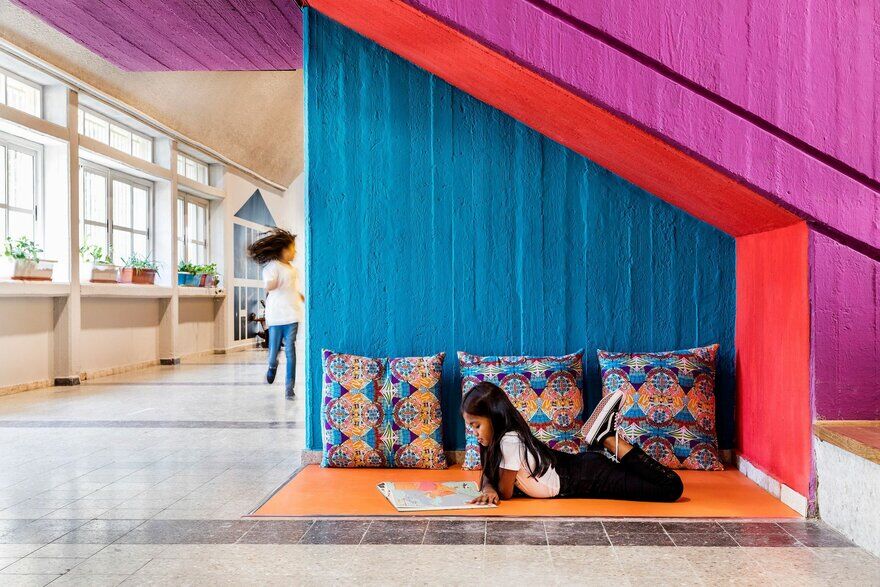 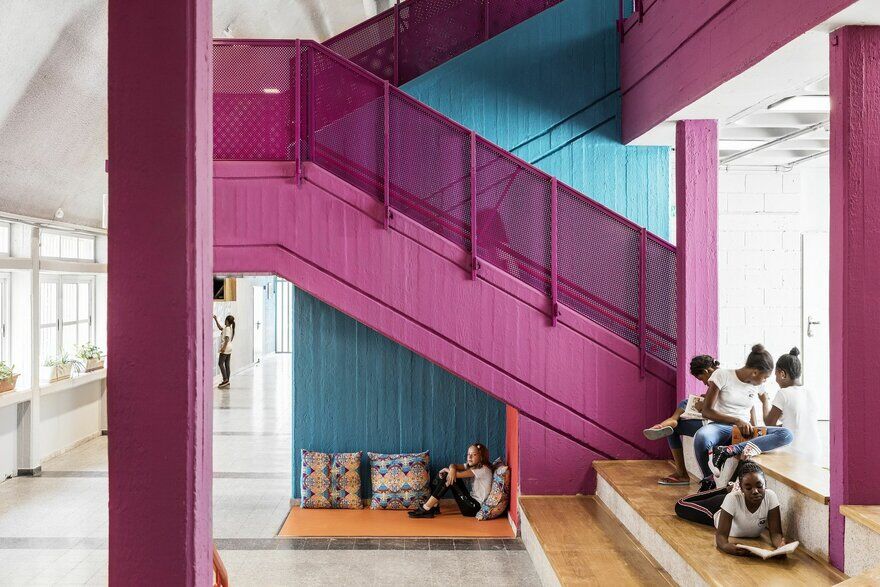 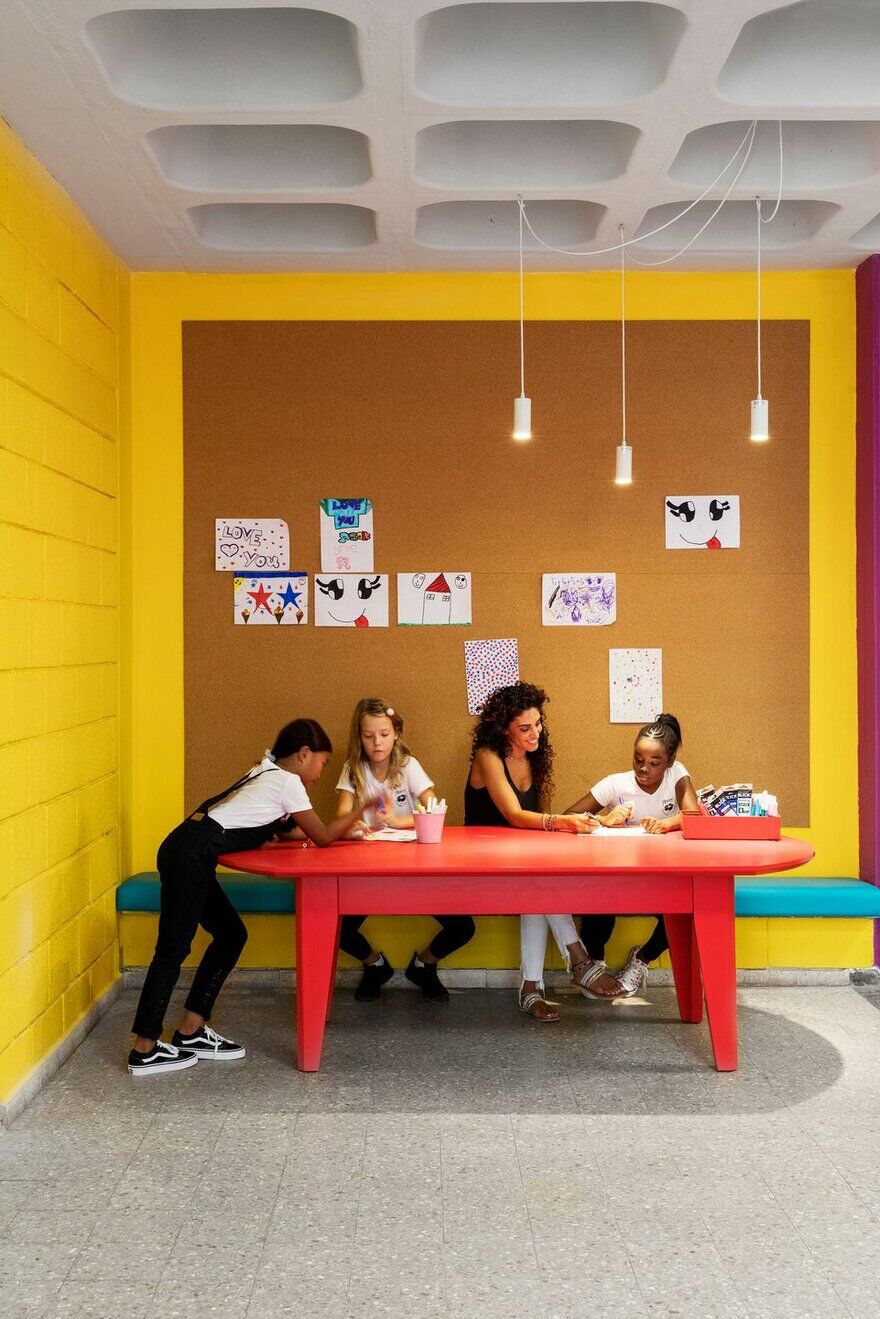 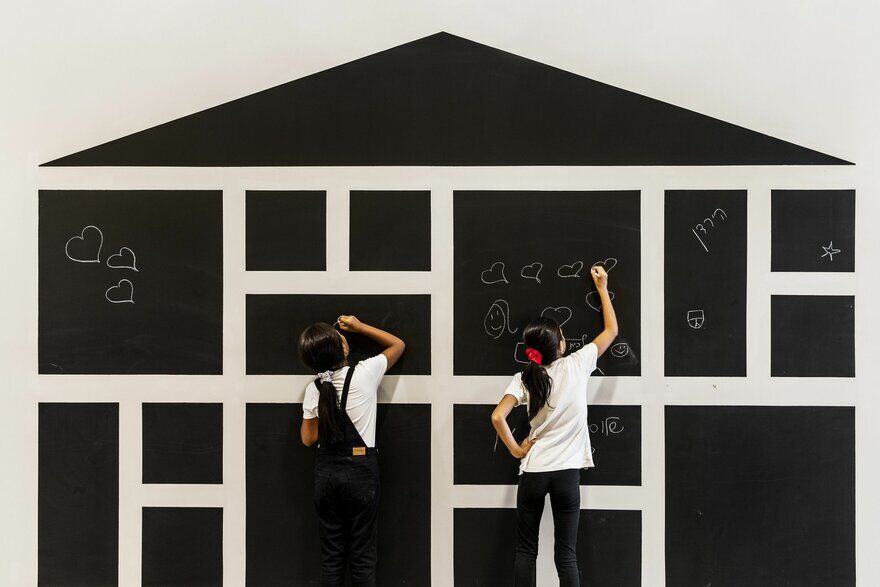 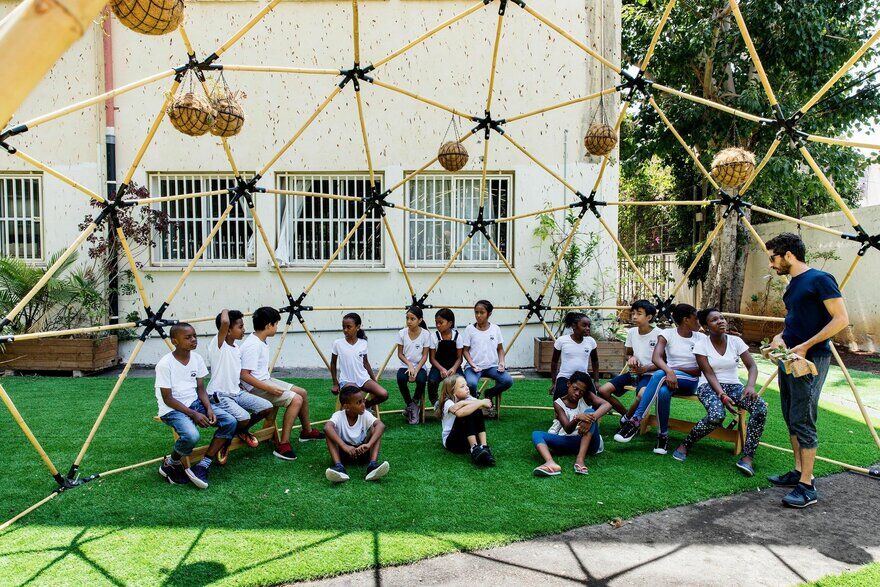 Nir Am House in Gaza Envelope Featuring an Industrial, Minimal and Modern Look

Always Better – The Second Time Around, A Project by Sara and Nirit Frenkel

Collège Sainte-Anne: Planning and Development at the Service of Pedagogy