From the architect: Daiko residence is three-story open house near the central Nagoya city. Requirements of client are 4 parking spaces (2 of them are with roof) and high ceiling living room on second floor with ample terrace. Parking roof is trussed from three stories building, consequently there can be used at terrace.

By the garage has been become the space does not exist any columns, there has been made possible, which is 2 parking spaces with roof and a broad approach to entrance, at site of 7 meters’ width.

There have been made 2 effects by truss becoming side wall at terrace. First has cut the view from neighbor and frontal road, another has cut out the cityscape and sky.

Interior has been divided the square in quarters by put the wall and it has been made anomalous split-level house, in consideration for a number of rooms and a requirement is felt family’s coming.

Along of the wall has been made huge openings, rooms have been got various relation to each other. traffic line as stairs and walls opening at each rooms has been planned to feel like exterior open space in usual life, because sunlight have been reached each rooms through big opening and double floor height at living.

By the wall with the shape of four square have been existed white color side and gray color side, the sunlight from big opening could have gradation more strongly and it could have been felt walking up spiral split-level house.

It has been existed variety spaces in the given site and has become wide open house which is reached the sunlight everywhere. 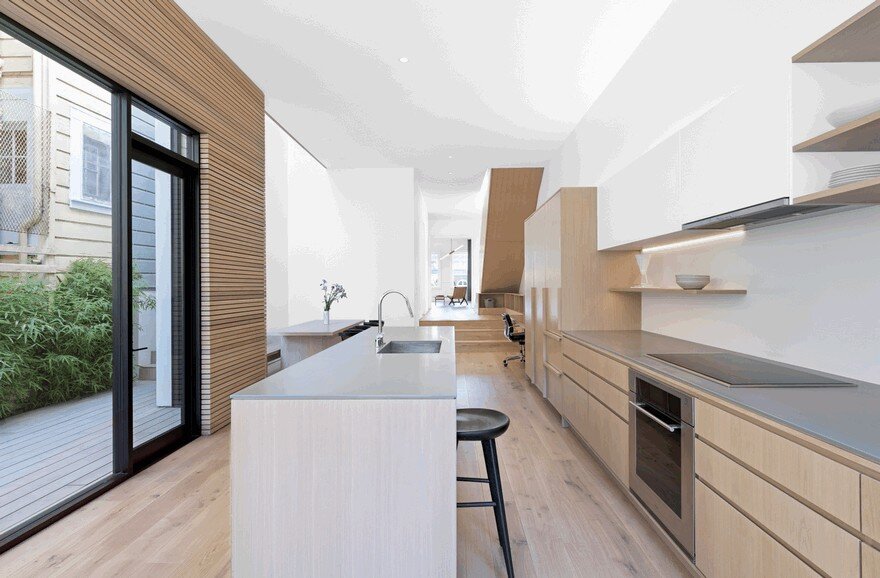 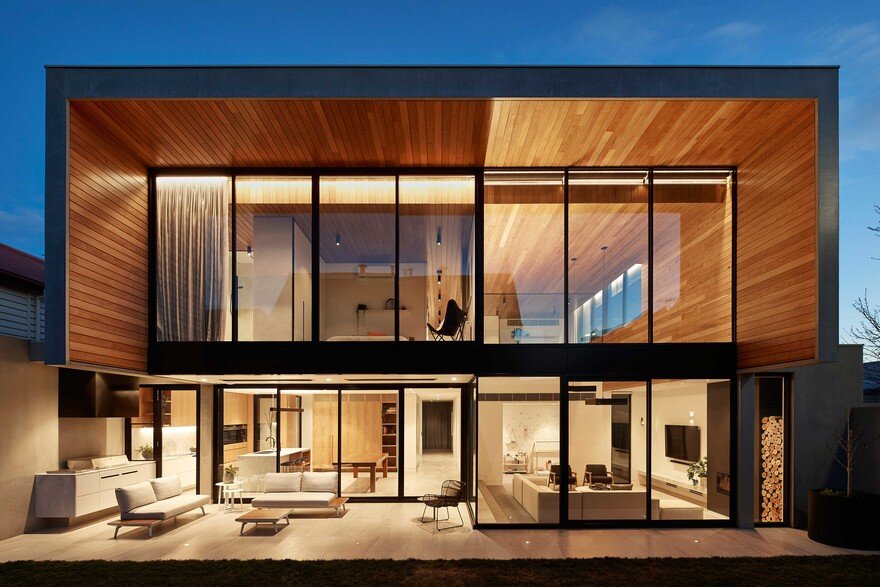 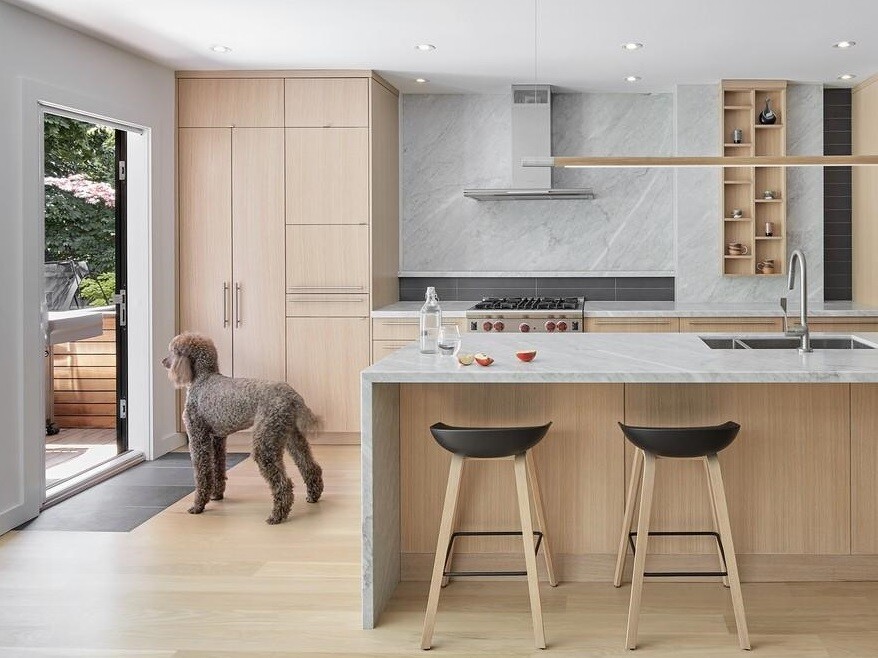 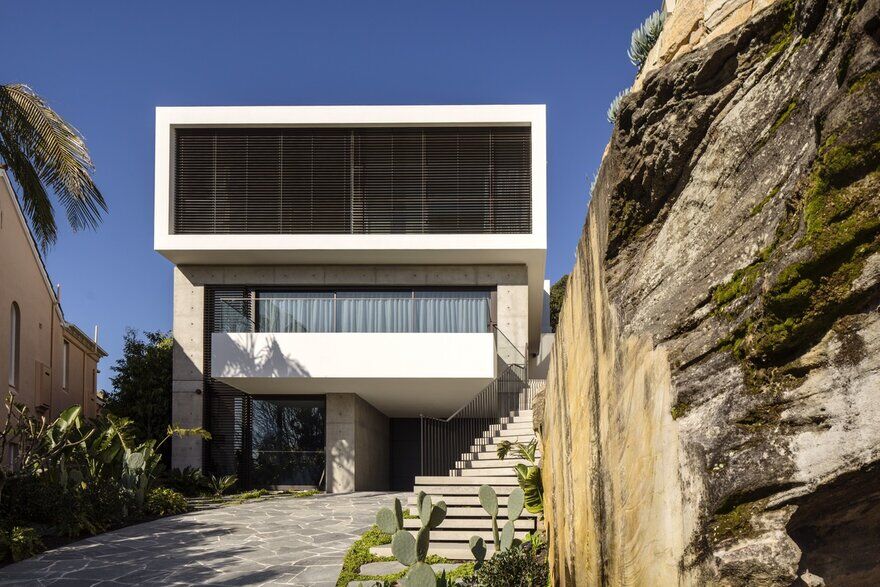 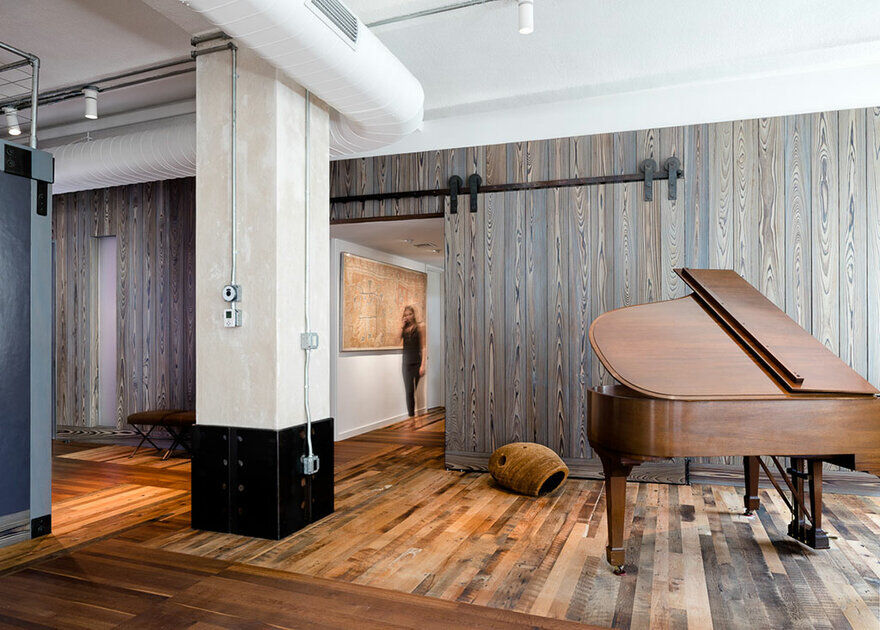 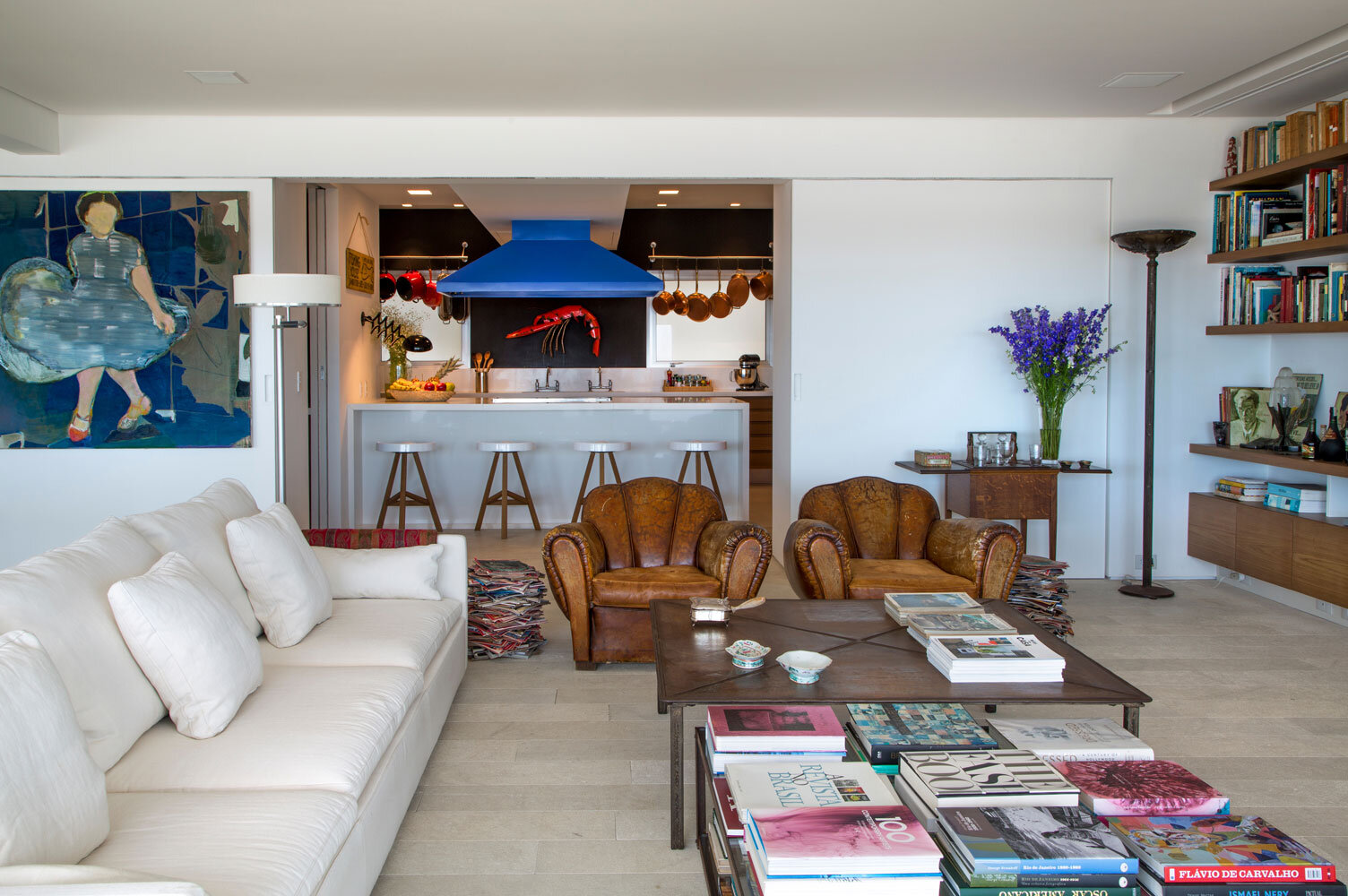 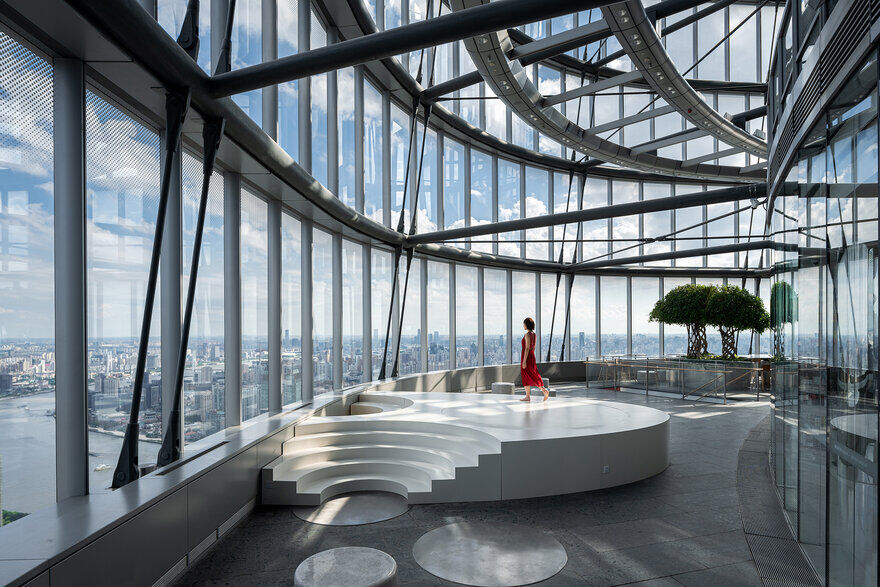