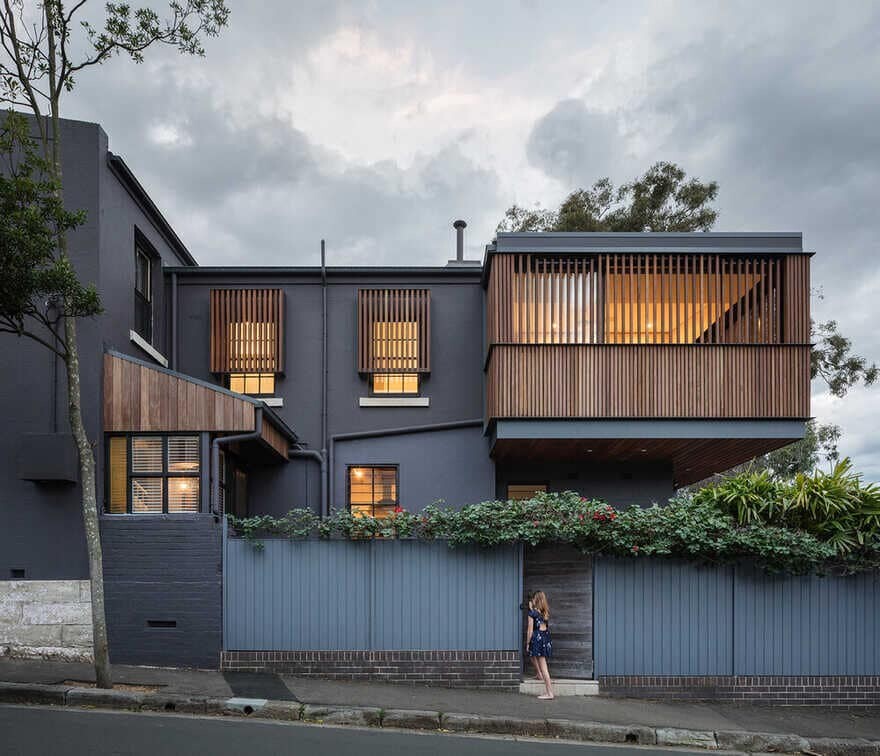 Decades ago, it was commonplace to use front porches and balconies as interstitial spaces, spaces which connected with and were at the intersection of public and private space. Balconies and verandas were used as places to contemplate and watch the world go by, or chat to the neighbours as they returned from work or shopping. These spaces afforded a means of interacting with neighbours and the neighbourhood in general, a practice which has all but disappeared in today’s society. Newtown terrace house is a response to this paradigm and looks to reinstate the balcony as a point of engagement, to reinstate the conversation between the residents and the neighbourhood. 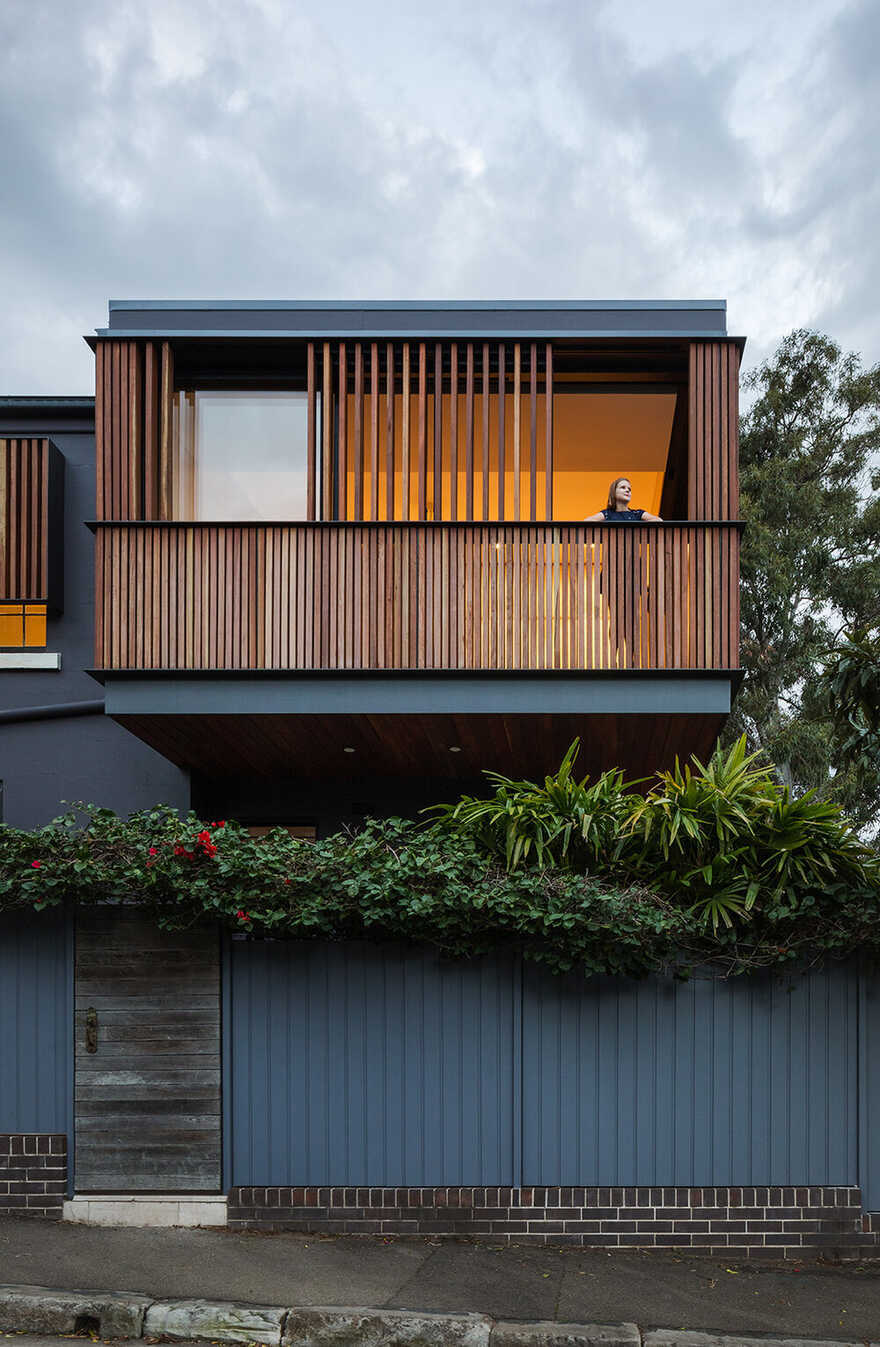 A new cantilevered form suspends itself over the street, reintroducing private living to the public realm. The visibility of the extension and engagement with the street revisits the era when people sat on balconies or porches and chatted to neighbours as they passed by on their way home from work. Internally the occupants have the ability to control their interaction by moving the spotted gum timber screens open or shut. Behind the timber screens are large glass sliding doors, which when fully open leave only the timber balustrade between bedroom and street, an act which transforms the room into one large bedroom balcony. 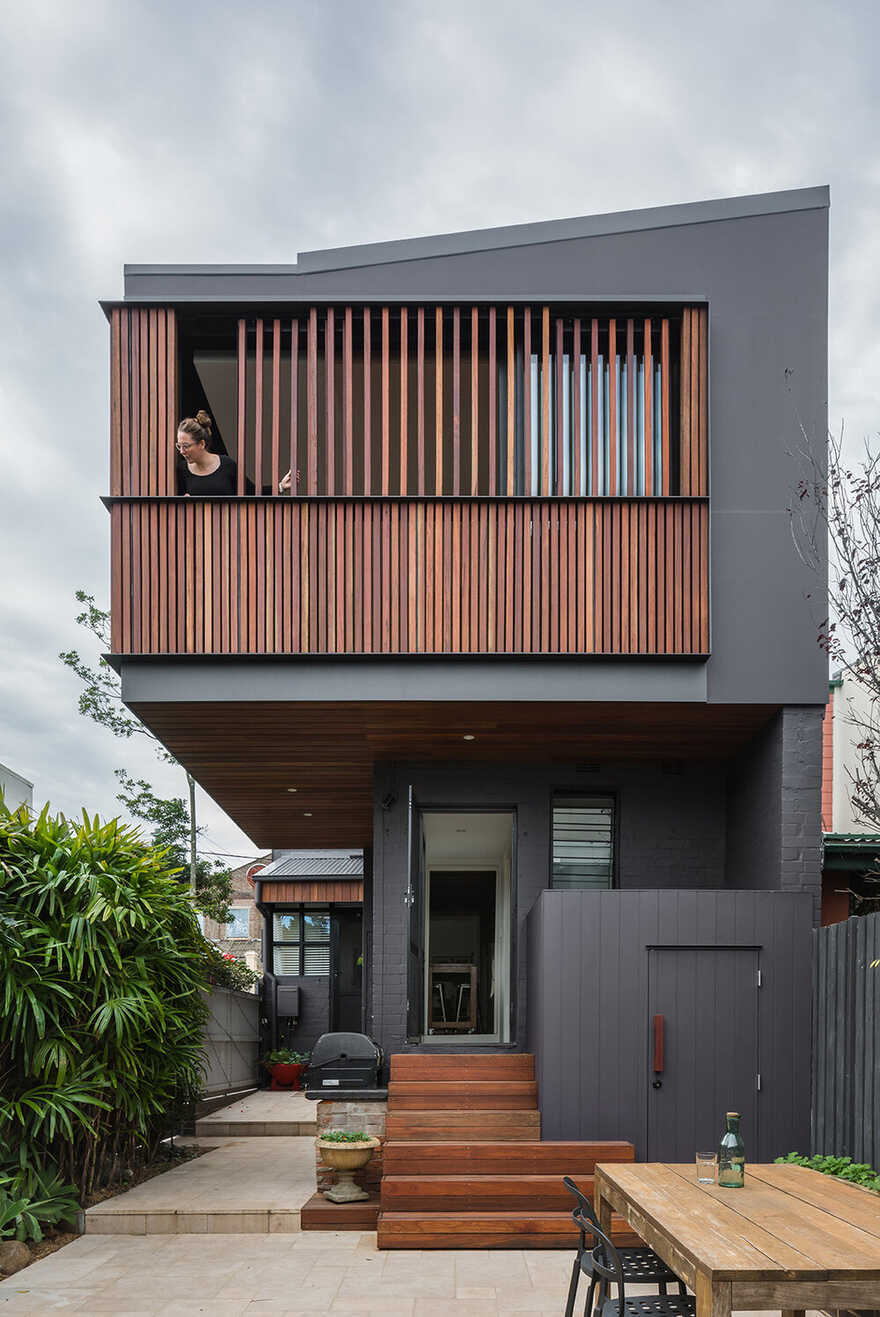 “New plumbing is fixed to the exterior of the terrace while timber and steel screens provide privacy and sun protection to the existing windows of the renovated bathroom and study.
As you move into the existing rooms there is an intentional blending of old and new materials. The original patched and painted brick wall is retained along the length of the building and new plywood skirting boards wrap around the base of the walls in the new study”, explains Jo Bastian. 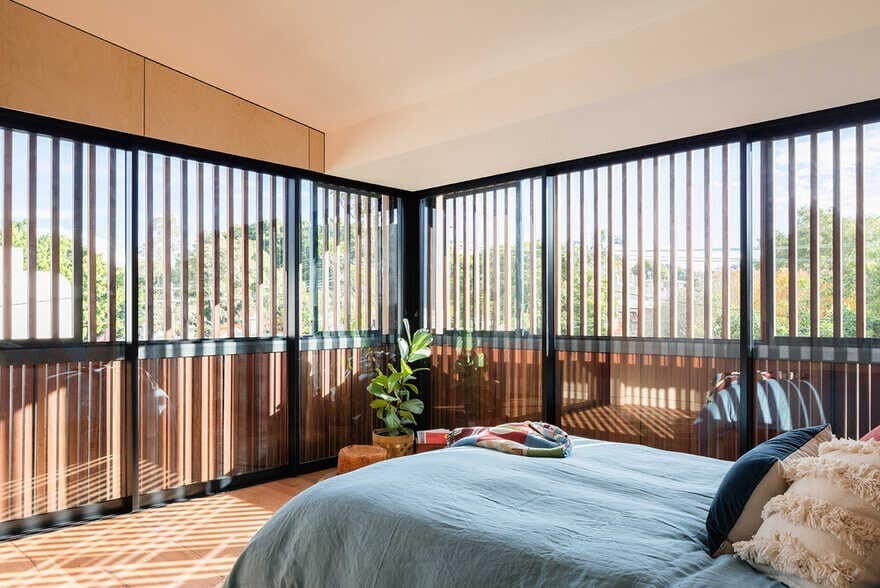 The completed renovation provides key additional spaces: a fourth bedroom, flexible study space and a renovated family bathroom, and a by-product of the cantilevered form is the shelter it provides for the new timber steps which connect the elevated living spaces of the ground floor to the rear courtyard.
However, the real achievement of the new form is the reinstating of the conversation between the neighbourhood and the occupants of the house. 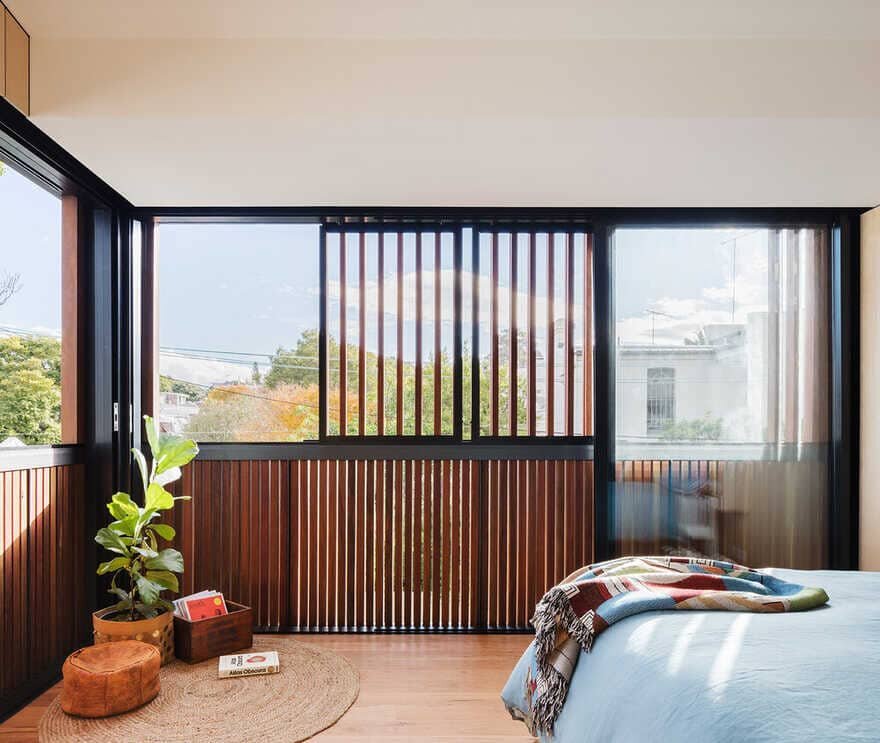 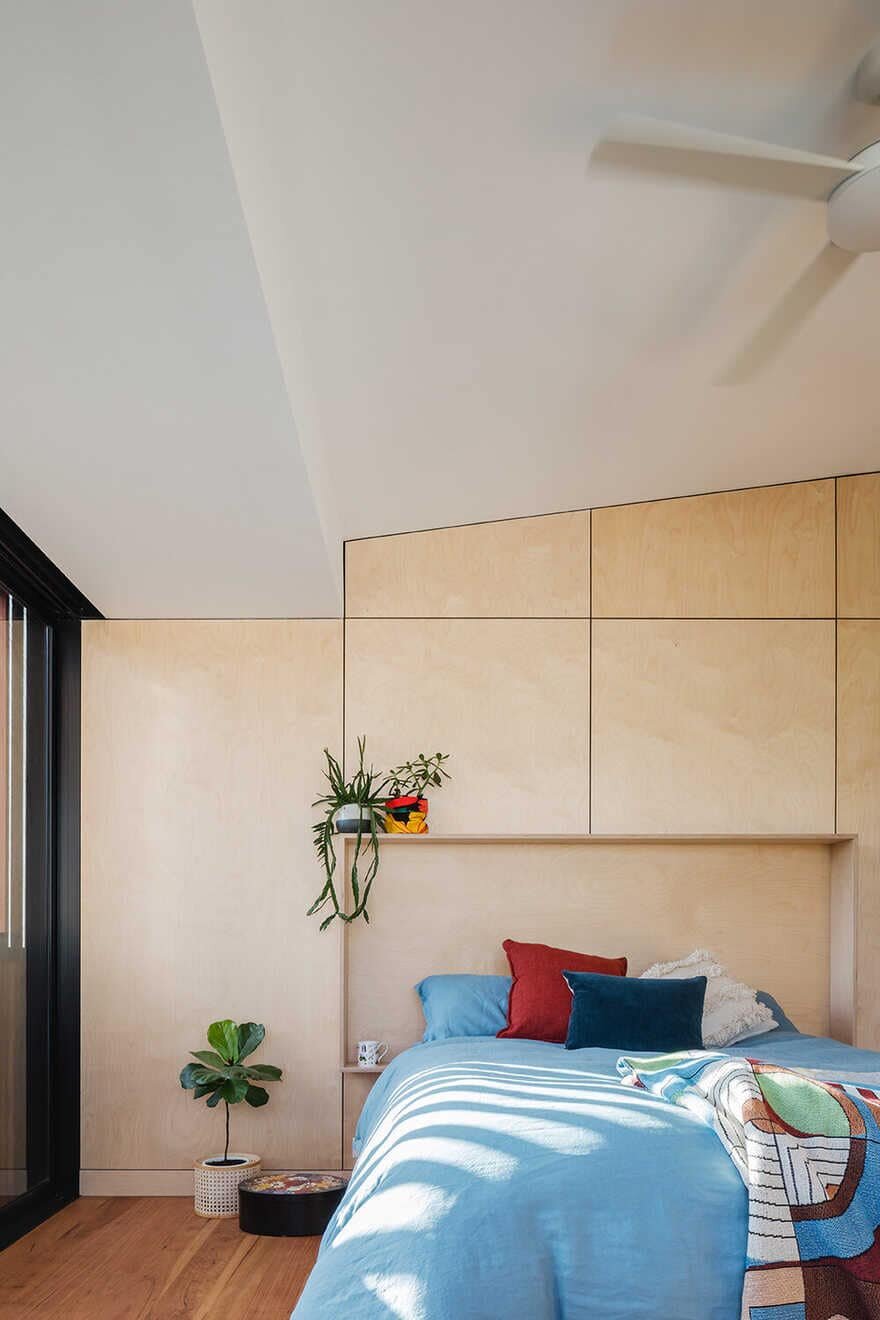 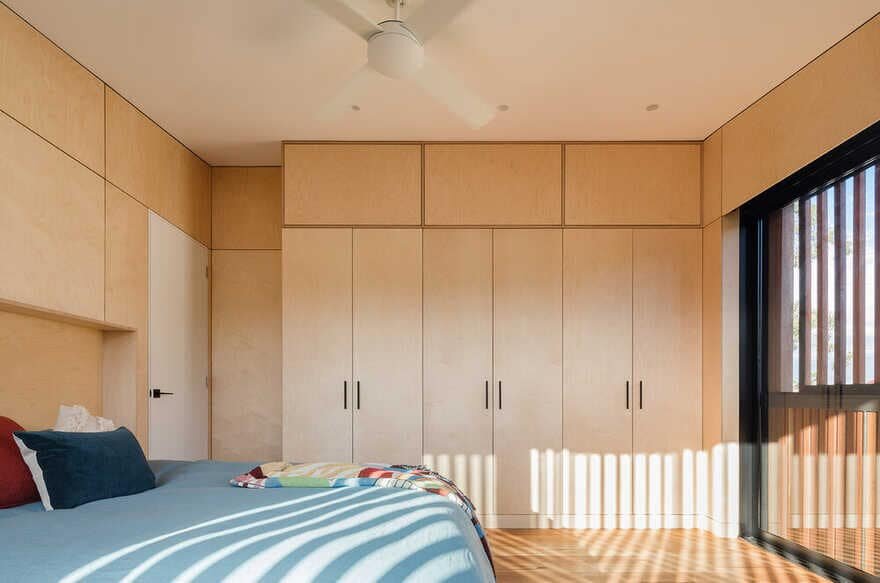 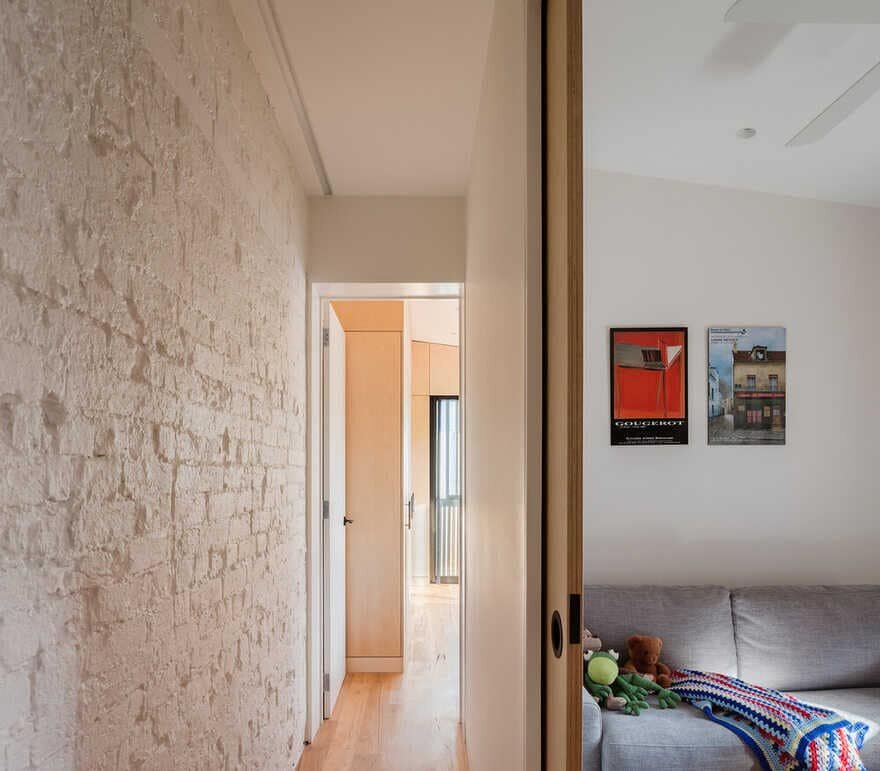 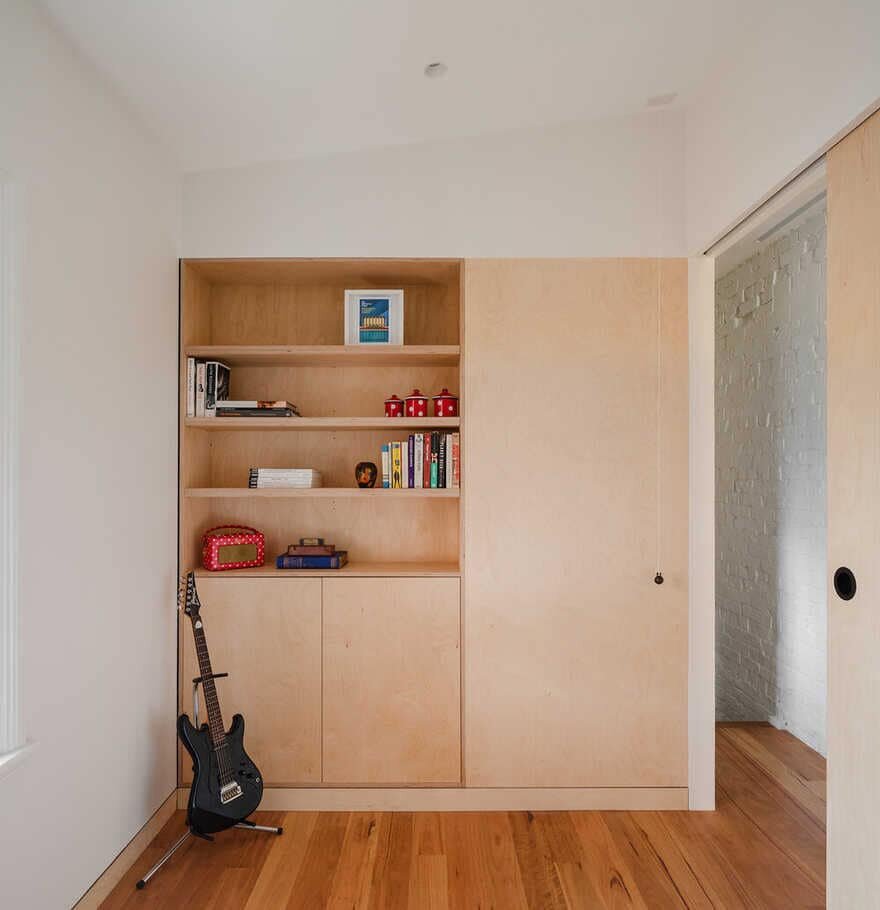 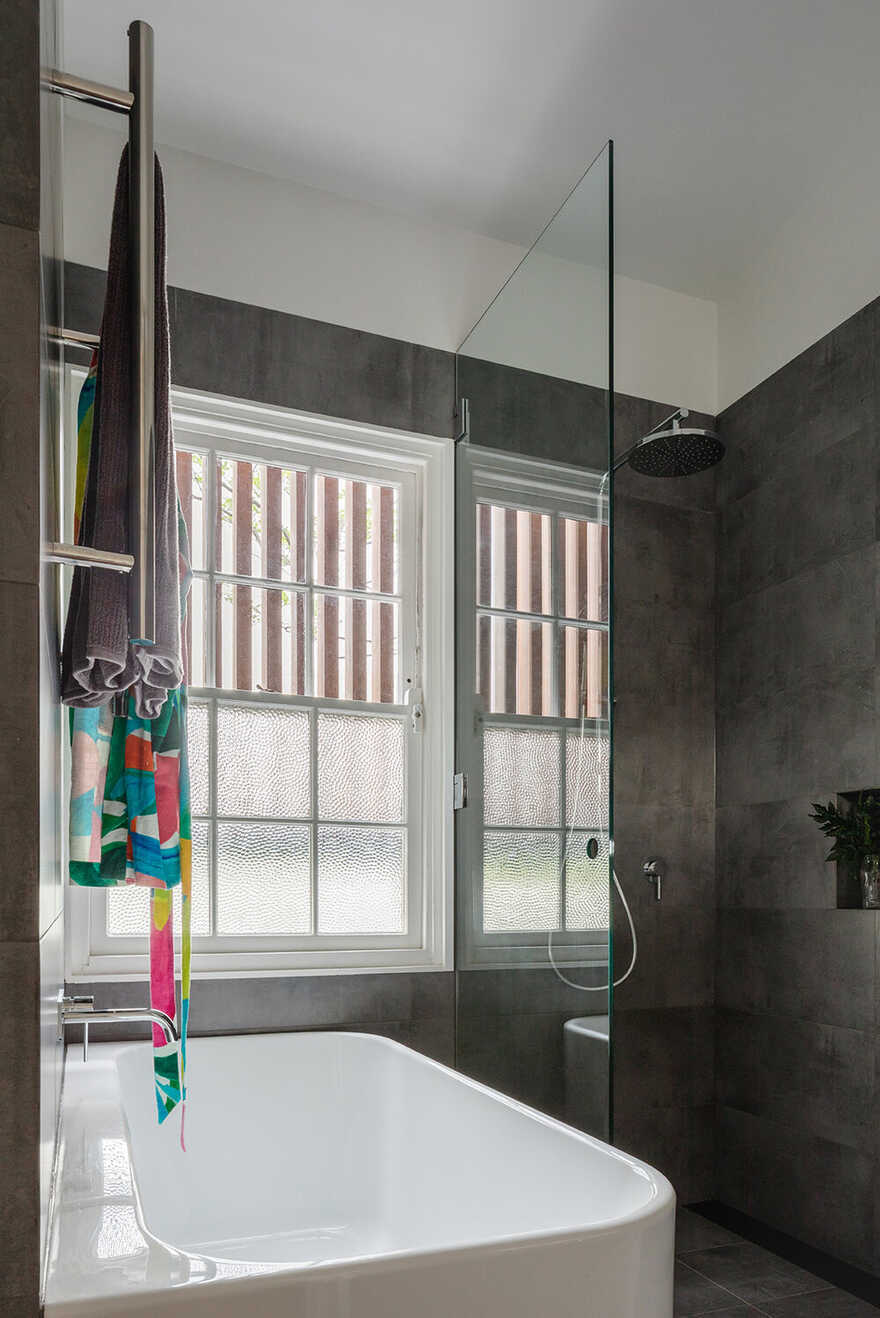 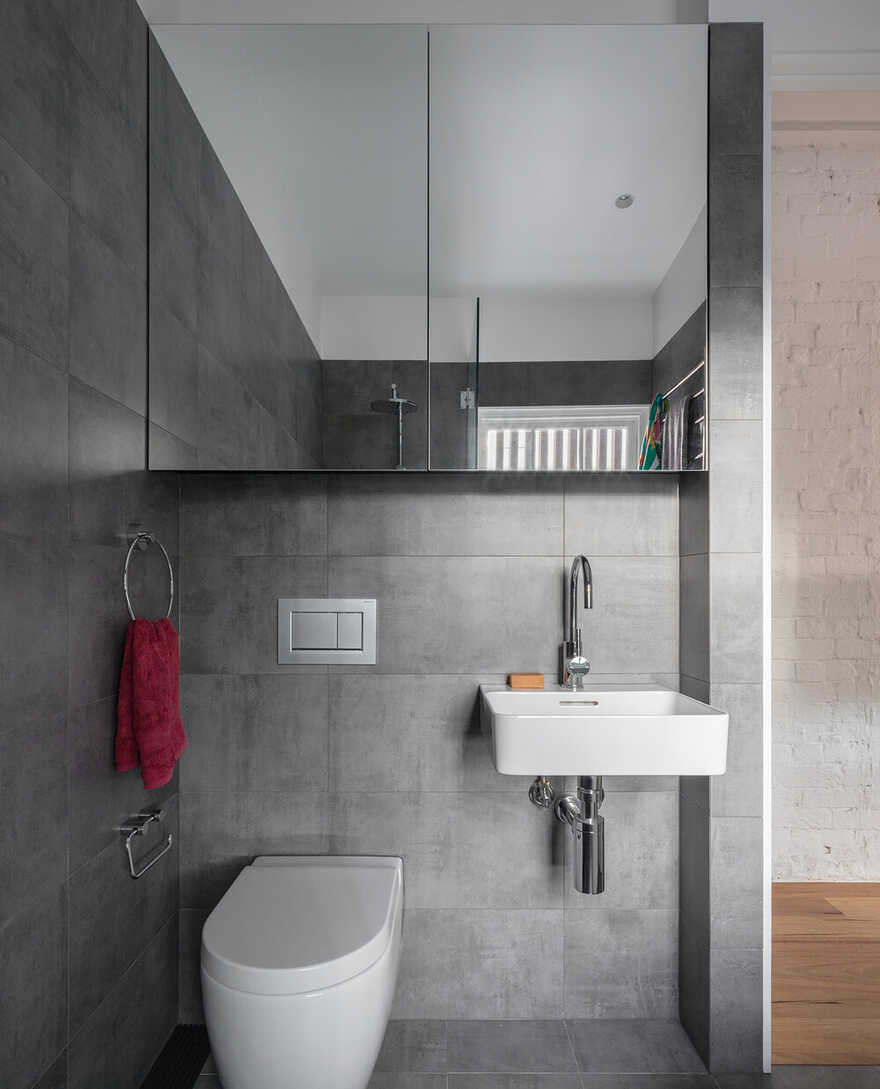 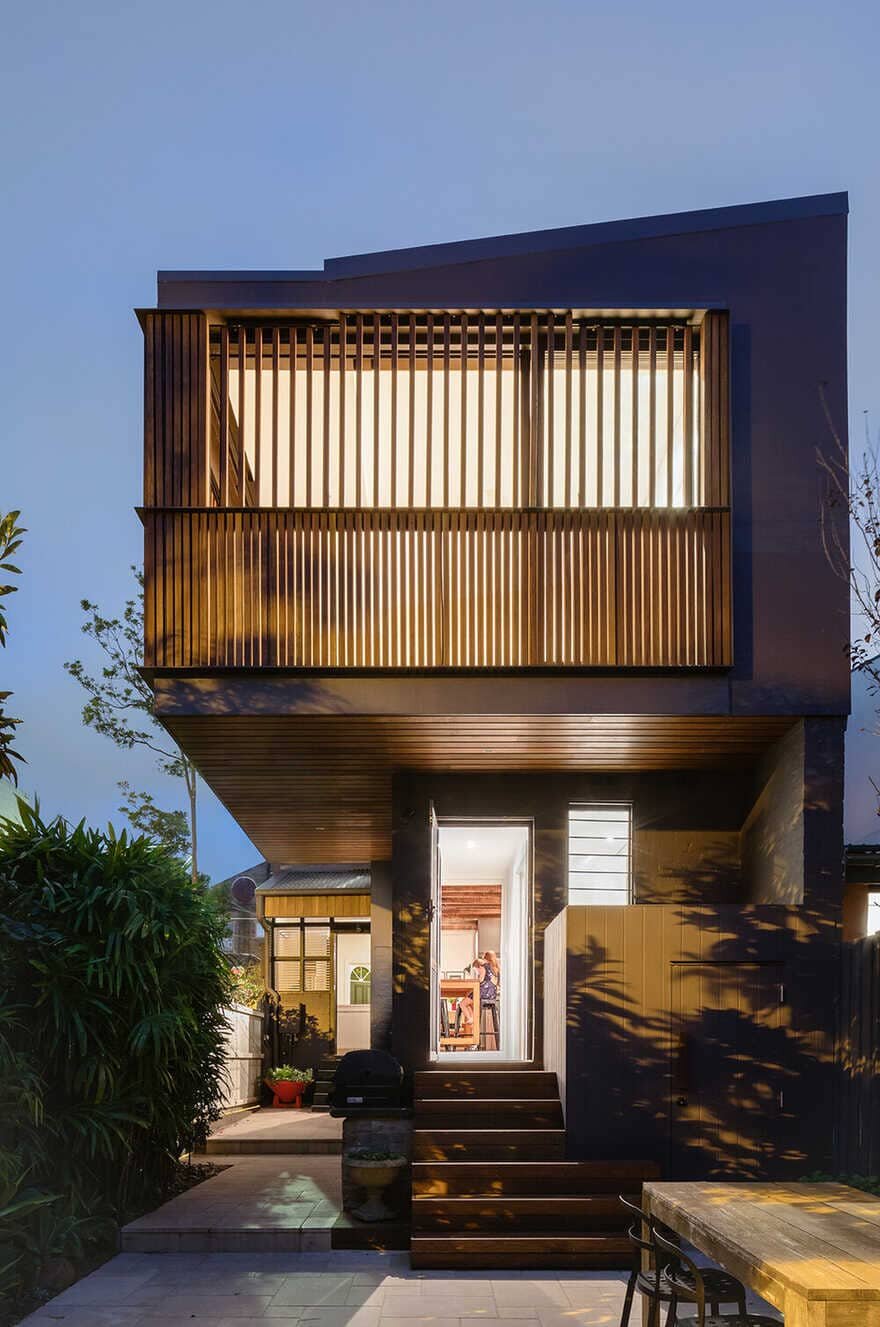