27In Greek mythology, a phoenix (Ancient Greek: φοῖνιξ phoinix; Latin: phoenix, phœnix, fenix) is a long-lived bird that is cyclically regenerated or reborn. Associated with the Sun, a phoenix obtains new life by arising from the ashes of its predecessor…

The Phoenix is the rebirth of an Architects’ family retreat destroyed by a forest fire. Located in central Wyoming on a south facing slope within an aspen and pine forest, the original building was a classic log cabin with a gable roof. The cabin was constructed in the late 70’s on a building pad scratched out of the slope within the floor of the forest.

In 2013, human-caused fire swept through the southern slopes of Casper Mountain destroying the forest and 36 structures. The architect’s family retreat was lost. In 2016, the Phoenix rose on the site of the former cabin…

In response to family patterns of use in the old building, the program for the Phoenix was re-considered.

On a site with challenging accessibility, no electricity, no water and no cellular service, the Phoenix retreat is conceived as a folly in the landscape; a viewing platform, a fire lookout, a shady spot for a picnic, a remote crash pad for limited stays, a place to become detached, a place to commune with the landscape, a place for contemplation.

The new building is perched at the edge of the old building pad, touching the slope very lightly and creating an edge for the court where the old building stood. The ruins of the old fireplace were retained for memory, to create a vertical marker for the site, and as a gathering point around an outdoor fire.

The new building is organized in open and closed zones: the open porch enjoys access to dramatic views of the landscape framed via simple rectangular openings in the galvanized building shell. The closed zone provides shelter, a wood stove for warmth and meal preparation and storage of necessities.

Standing dead charred timber was incorporated in the structural system to connect the new building with the forest and to create a lasting reminder of the story of this place…The Phoenix has risen. 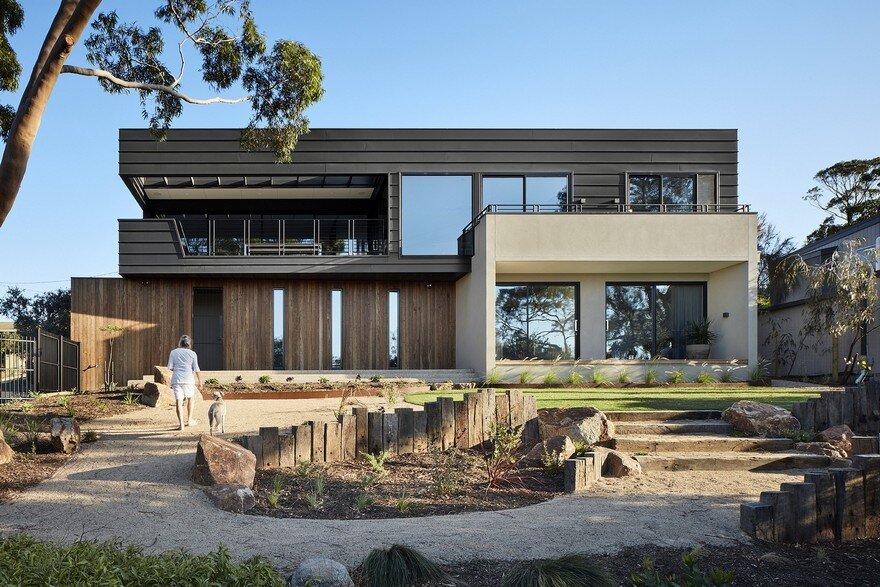 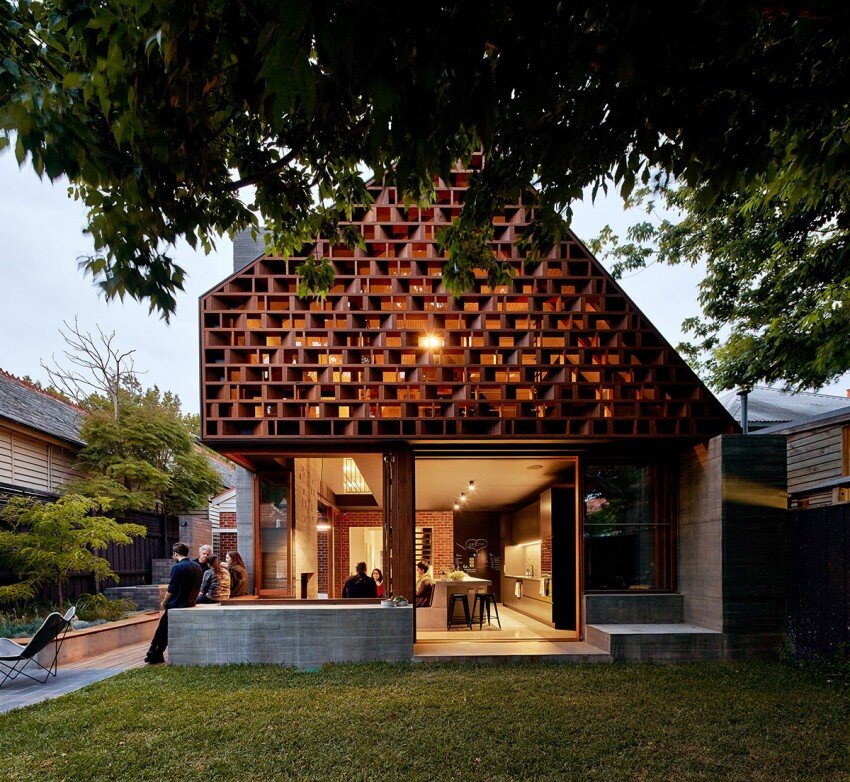 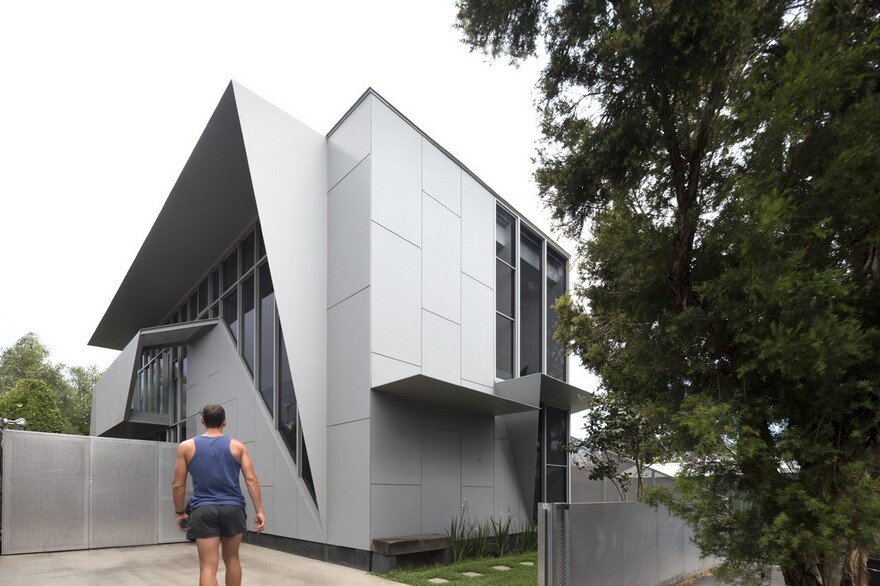 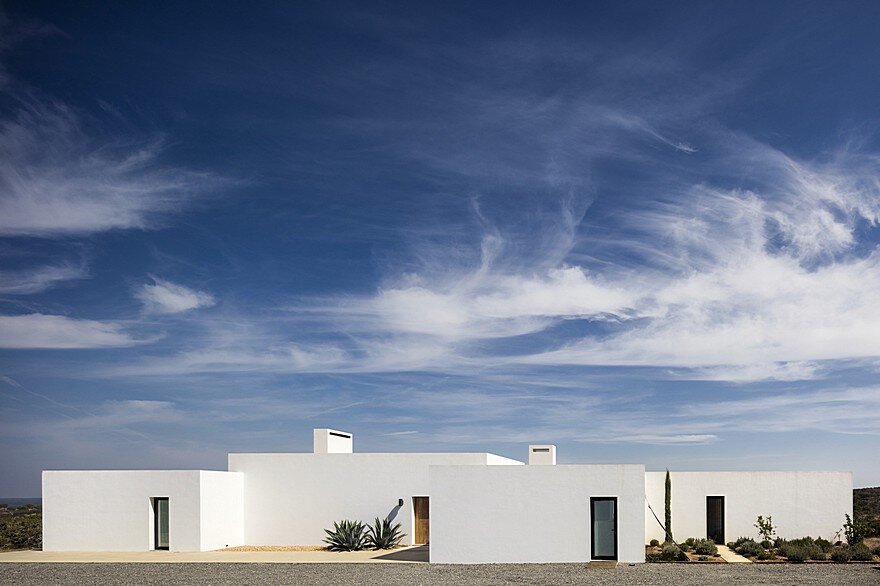 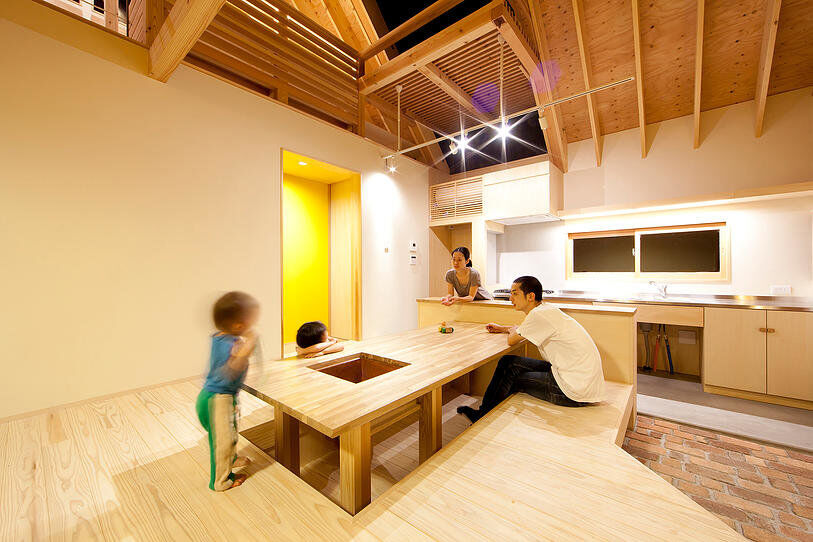 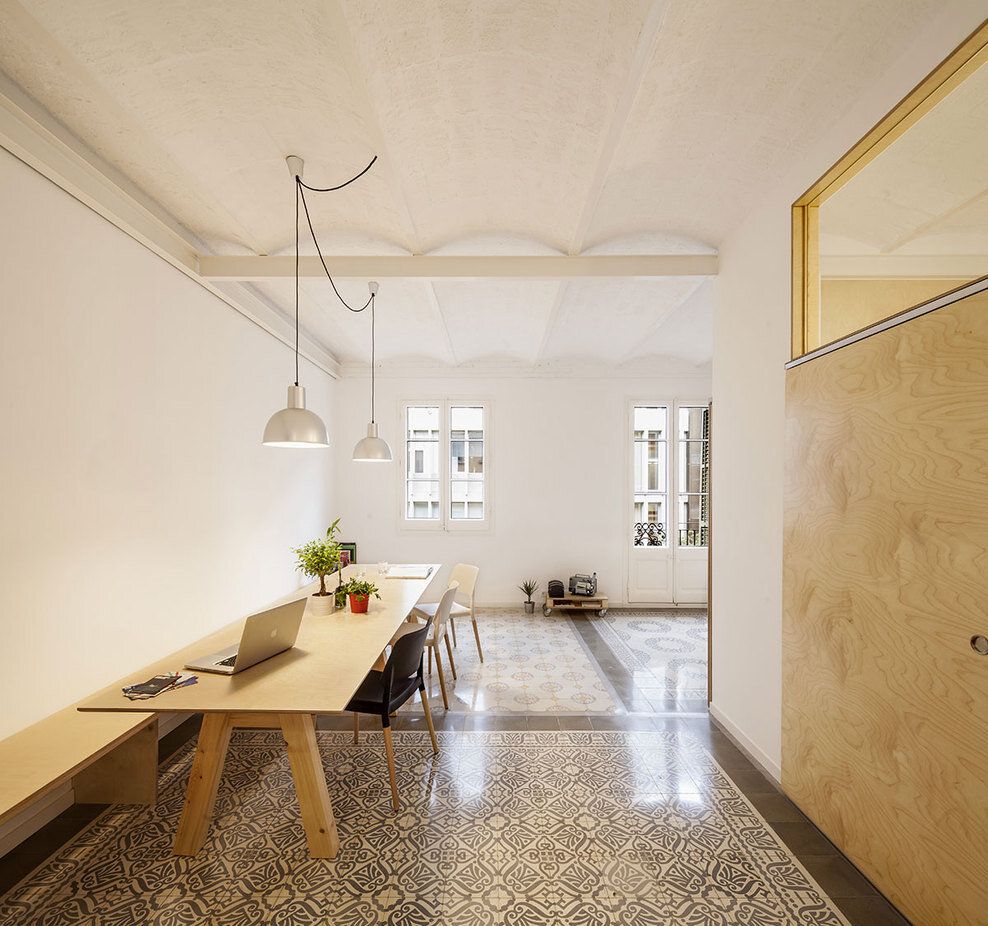 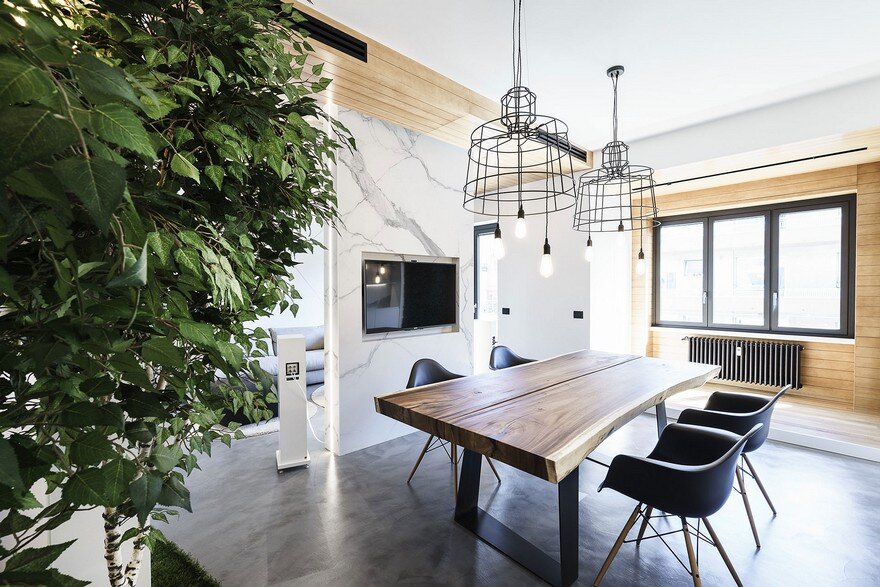