When the architects started to build this project, they had no idea how it was going to end up looking. This has been a project designed day after day onsite, solving problems, creating an intense teamwork together with the client and the builders.

The initial goal was to avoid the collapse of a group of former modest agricultural constructions which were once used as a hayloft, tool rooms, barn for mules, dog pounds, water well, kitchen for the workers and a cave used as a fridge to keep the food fresh when there was no electricity or home appliances.

Some areas are hundreds of years old and some others from the beginning of the 20th century, but all of them had in common that they were cheap, functional constructions used as countryside work spaces. After more than 50 years of disuse and no maintenance, the buildings were about to collapse.

The first works were purely structural reinforcements of roofs and falling adobe and brick walls. The architects followed the ancient techniques and respected the way those elements were built originally, understanding the way the builders worked those materials their time.

Once safe work conditions were reached, the OOIIO team started to get into details, taking the following design decisions:

1. To merge all the different—originally divided—spaces creating a large unitary space set. All the non-structural partitions have been demolished to get a huge and spectacular open space. (Before you need to get out to the patio to enter in every space, not now anymore)

2. To complete the façades of the large new unitary space. On the former façades, there was an existing brick wall made from beautiful large ancient bricks. It was collapsing due to the roof cover thrusts. The architects encouraged the client not to demolish it and finally decided to use brick as the only added material for all the new-built walls. Playing with the existing recovered brick wall, they provided a great richness in textures and finishes.
In the region there is a long tradition of brick constructions. Furthermore it is a material that works well with the local climate and which demands very low maintenance. There are several brick factories just some kilometres away from the site. Hence, it was the perfect material choice for this particular project.

3. To build a new “spatial connector” that unifies with the only existing staircase going down to the cave. Although there are three levels—one underground (cave), ground floor and first floor—there were no stairs up to the haystack’s first floor. Workers used to reach the first floor by climbing up the wall. Therefore OOIIO architects decided to add new stairs linking all the vertical circulation in its newly built connector. Its cylindrical shape, hugging a spiral staircase, reminds of an agricultural tank made of bricks.

4. To recover as much ancient architectural elements as possible. This implied to repair all the ancient wood doors, clean and polish the beautiful historical clay tiles, repair and reinforce the damaged structural beams and columns and to strip the ancient walls showing the original materials. The architects realized that the key was to apply a methodical work of archaeology and architectural surgery reinterpreting the old with a combination of the modern elements to get a new and special mestizo building.

5. Play with colour and natural light to enhance the combination of new and old materials.
After many years of disuse, painting the walls with white lime paint gave a blow of fresh air to the building. Furthermore, the team decided to paint the original structural elements in traditional and local indigo blue and the new elements in black. This chromatic code shows the way the structure is actually working and became the definitive final touch of personality of the interior.

The combination of new and old structures creates a mestizo building, rich in nuances and singularities, rethinking the old by mixing it with the new. A refurbishment planned onsite by OOIIO architecture to recover these ancient buildings that now shine with a new life. 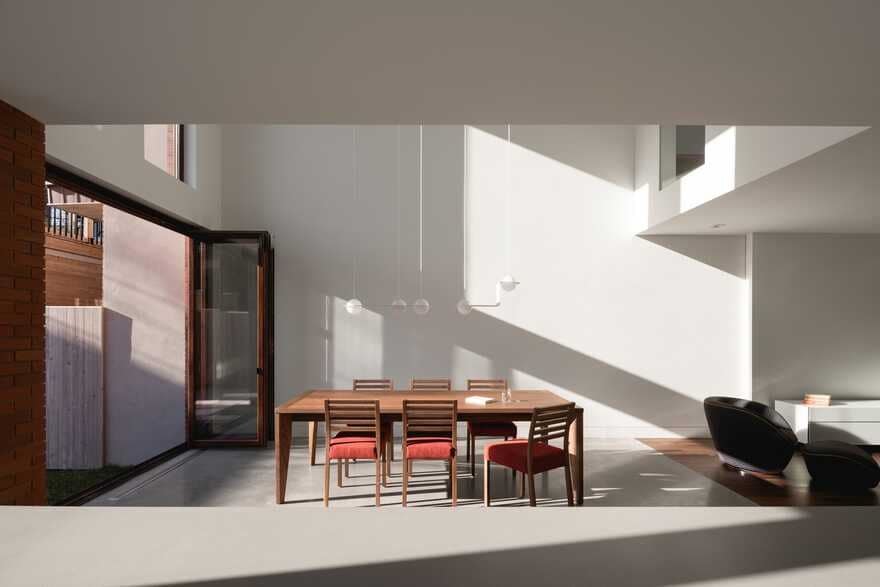 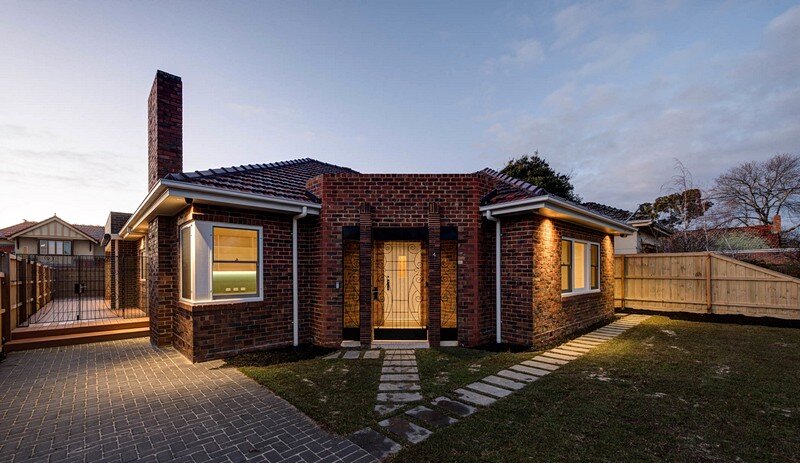 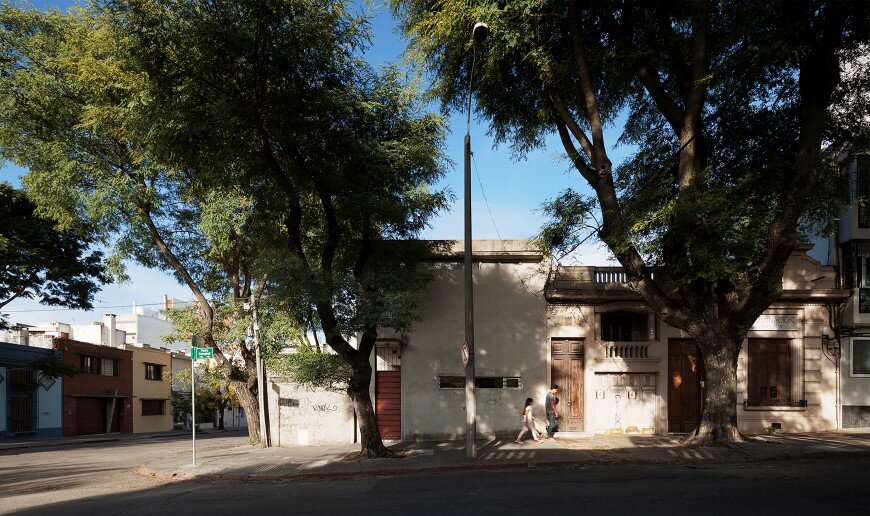 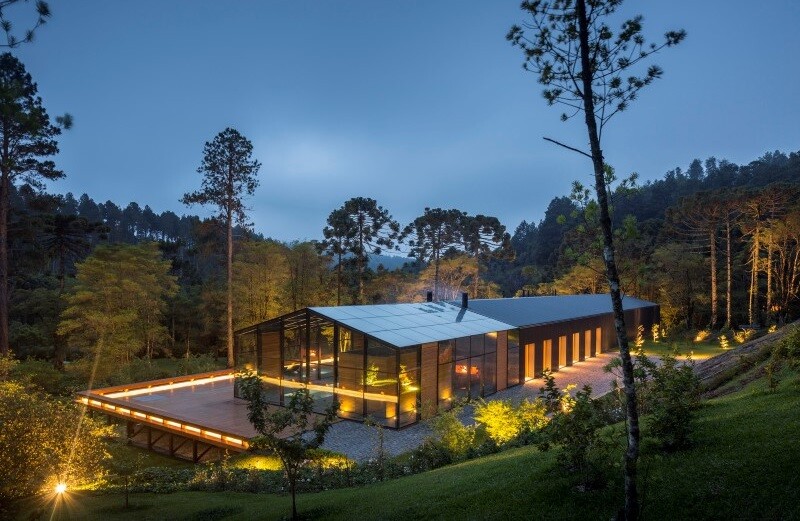 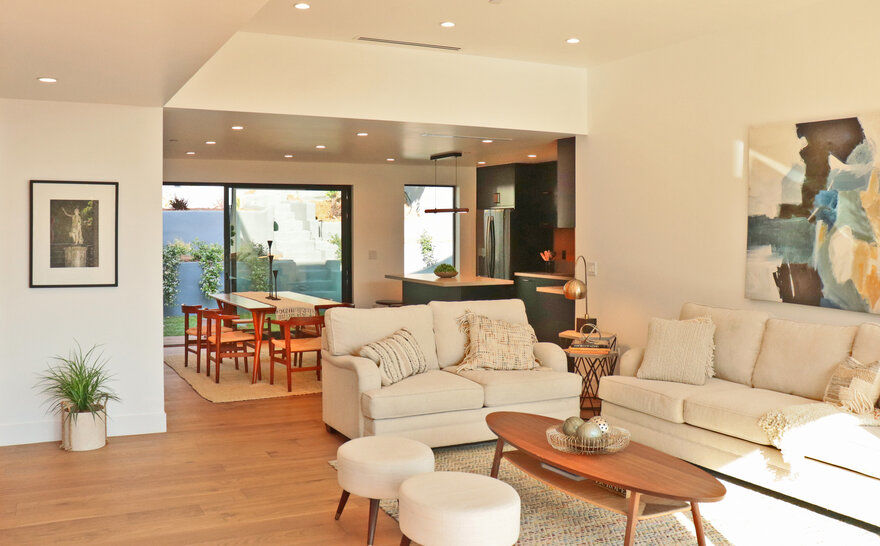 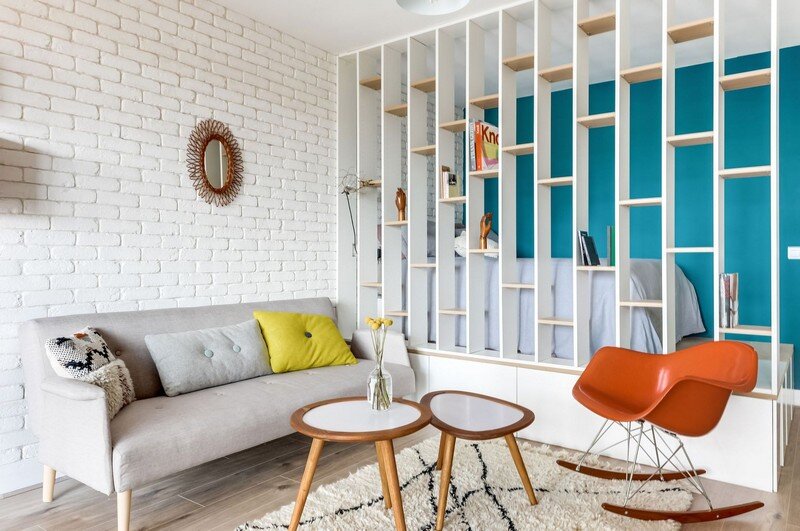 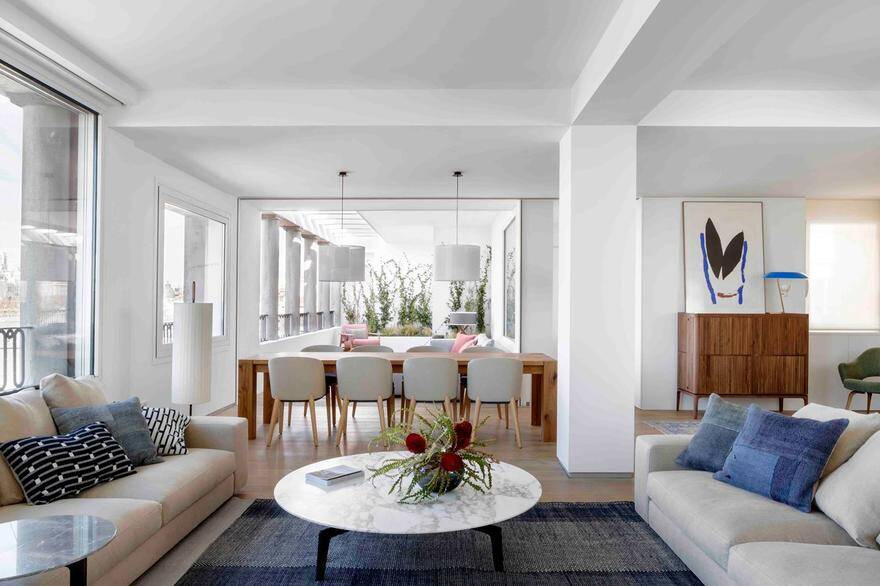 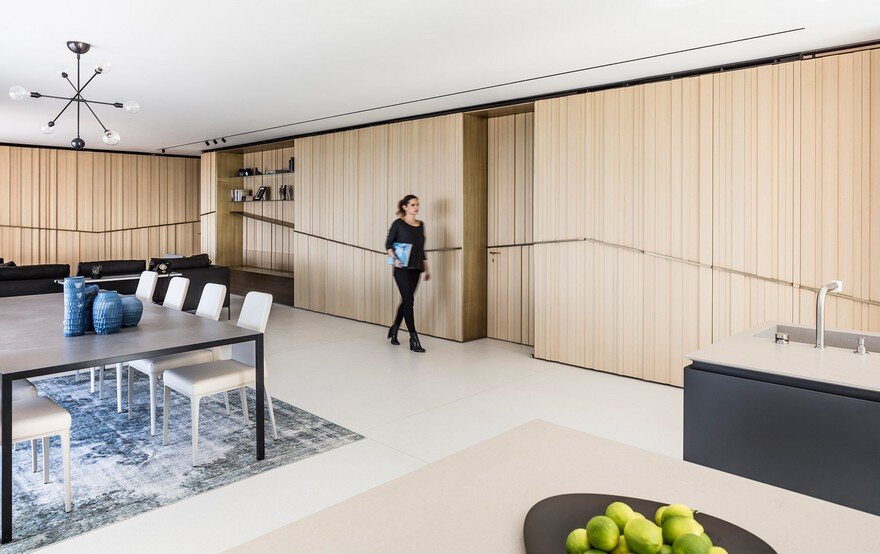