In the city center of Thessaloniki in the sixth floor of an old building, there is an apartment of 90 square meters. The place exudes the atmosphere of ‘70s. The materials and the equipment confirm the age of the structure and they impose a total redesign. This Thessaloniki retro apartment was completed by Greek studio Minas Kosmidis.

The owner’s requirements along with the existing situation had a main role in the interior design. The main principle was to maintain the urban atmosphere and the retro style of the ‘70s and to add modern elements where it was necessary. 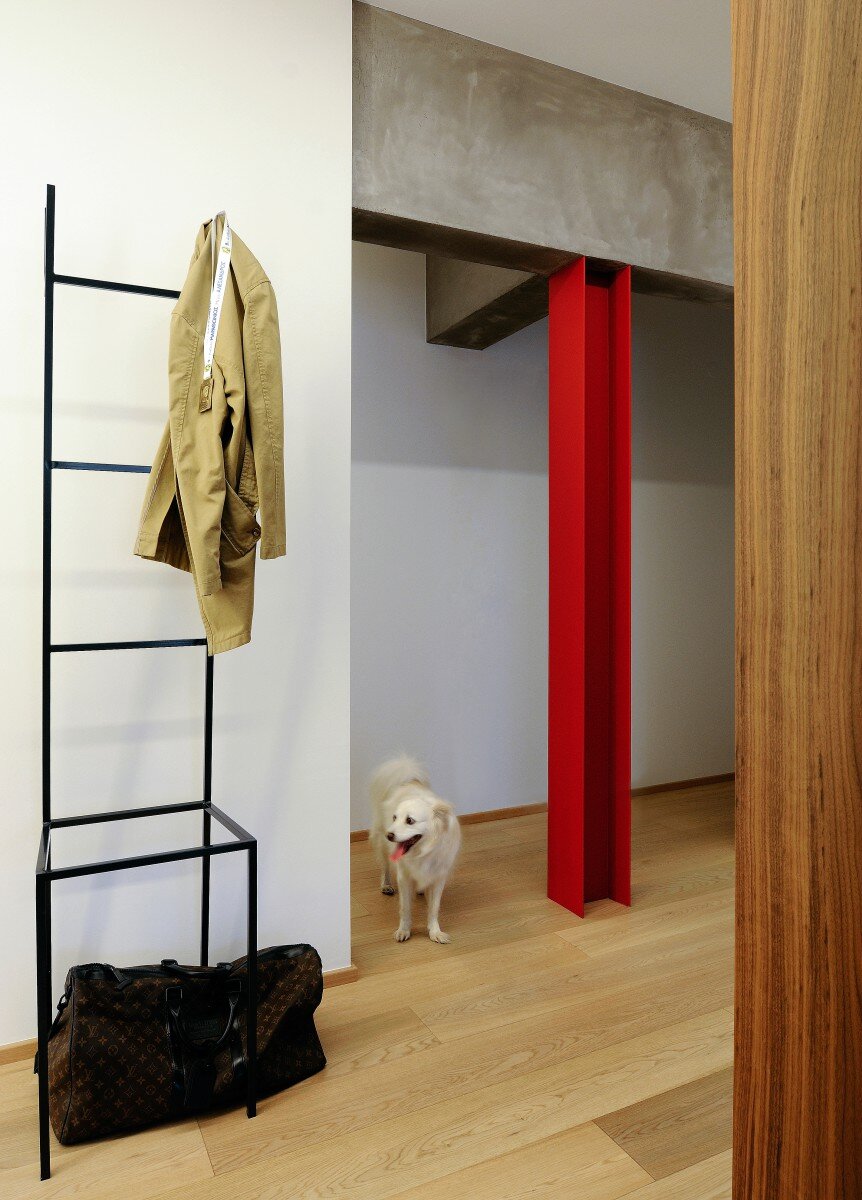 Emphasis was given to the functionality. Some interior walls were removed in order to create new spaces so that they could cover the needs of the owner. The workspace-office, the guest room along with the kitchen, the living room and the bathrooms compose an environment with intense urban characteristics.

The most important of these is the flexibility of the interior. Wooden partitions which they either rotate or slide give to the space a multiplicity. The moving elements enable the owner-user to customize the space whenever he wants to depending on his needs which are never the same. As a result, the office can be isolated and in the same time can be part of a larger area. The same happens for the guest room. Whenever it is not used, it is the second living room and the third part of the house that is a part of this versatile daily space.