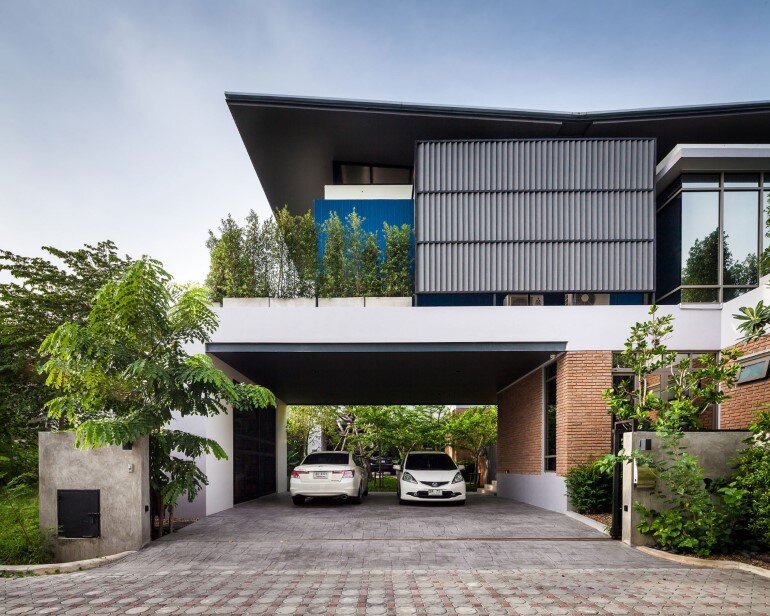 Bangkok-based Alchemist Architects have designed two houses, side by side, for two brothers with different lifestyles.

The site of two houses at Nichada Village is located in a suburban gated community in Bangkok, Thailand, where the land plot is very tight for two houses. The houses belong to two brothers, who are very close, yet, have a different lifestyle. They wish to live close to each other and spend some time together. However, they also wish to establish a private distance when they need. 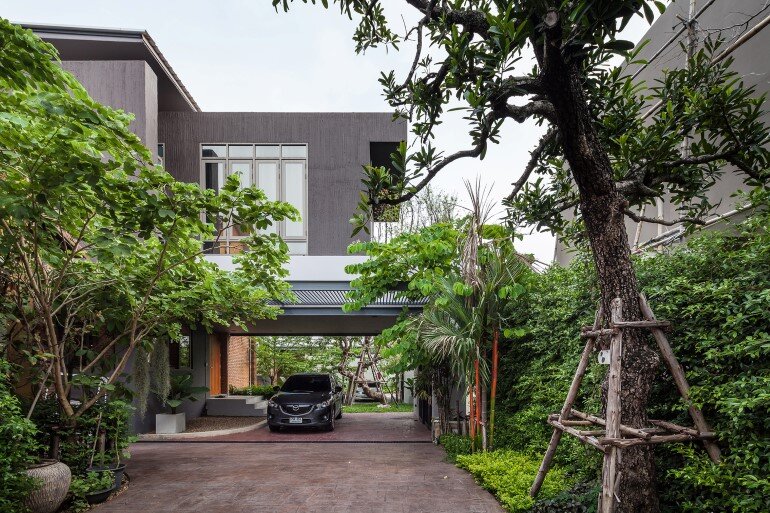 The architect initially began the design process by using one simple building typology and repeat it on both houses. However, once this design development get into the detail level the logic of repetition has evolved to response to a difference need of two different individual. As a result, these two houses at Nichada do look appropriately similar on the first glance, yet they can contain their own specific atmosphere once we dwell within them. 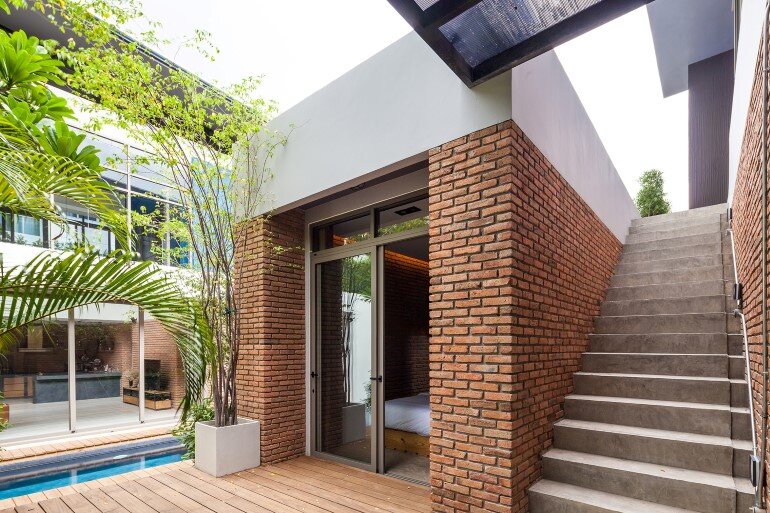 The typology of these two houses is organized in a long rectangular format. The automobile garages are located on the west at the entrance of the houses, and the main double volume living area is on the east at the end of the houses. Then, programs such as foyers, dining area, kitchens, toilets, and guess bedrooms are place in between the garages and the living area to perform as a transition from the outside as we move further inward to house. 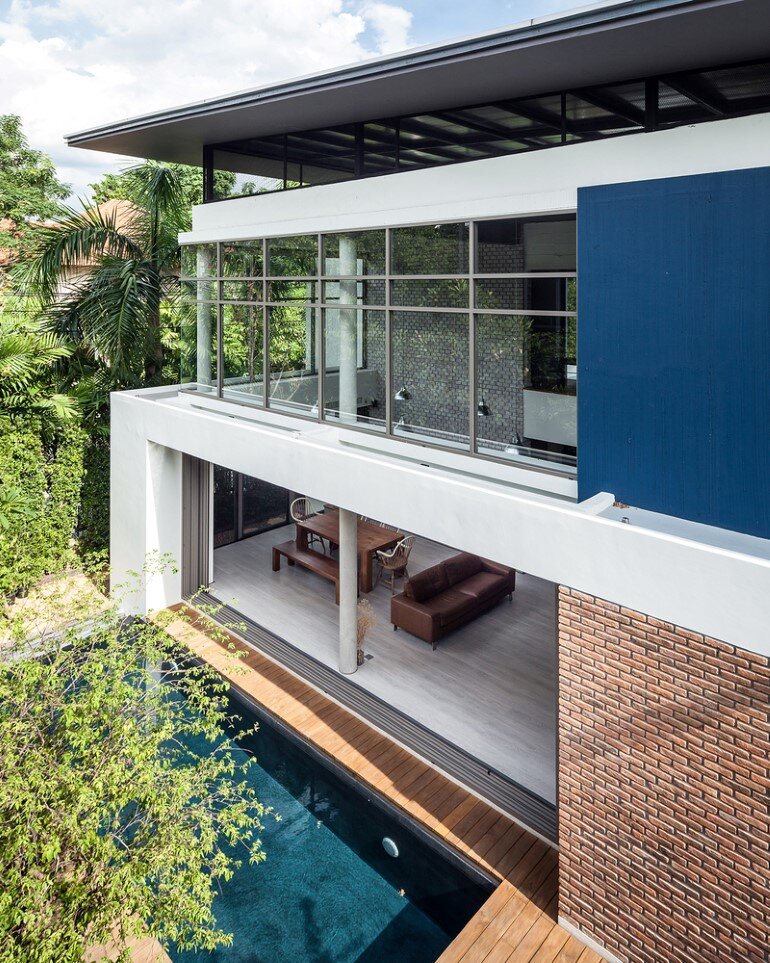 The main master bedrooms are placed on top of these transitional area allowing a direct visual dialogue to the main living area. Both of houses are visually connected as one big living room through the large sliding doors on both house, and they are marked the edge of the house by single flight stairs. Basically, these two house share this repetitive logical organization. 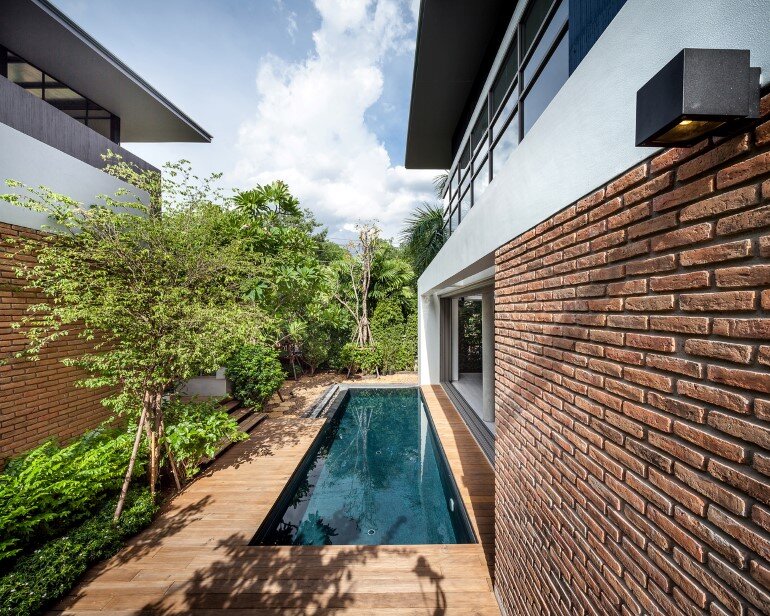 However, in sense of dwelling, these two houses contain a different atmosphere which reflect the character of the owner. The white and blue house is belong to the elder brother, a professional golfer who enjoys outdoor lifestyle but also love to be in a solitude atmosphere. He wishes to spend most of his time working, dining, and relaxing around the living area, and only wish to retreat to a bedroom at late night. To achieve the wish of the client, the architect decided to make a large opening on both the north and the east of the living area in order to let the light to cast through the large double volume white brick wall, the main core element of this house. The other elements both brick and blue color wall, are chosen to work as a subtle contrast effect between calm and vibrant atmosphere. 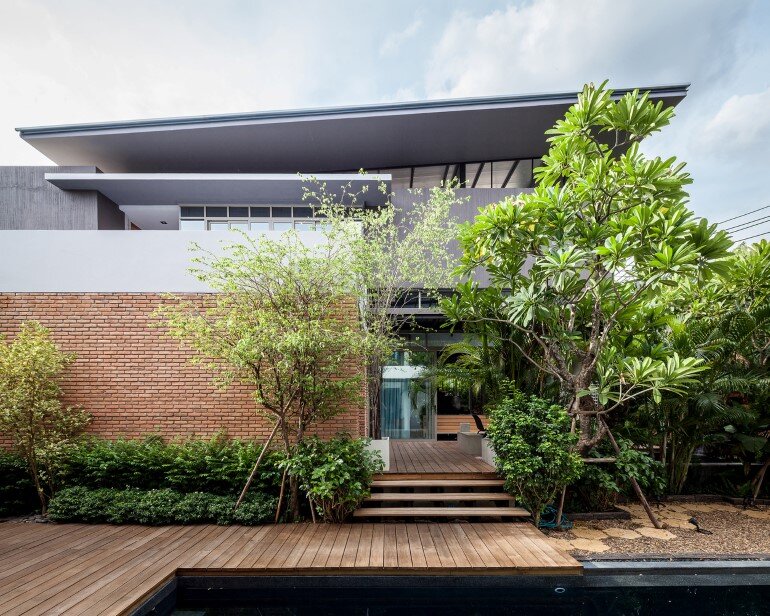 The dark brown house, on the contrary, reflects a different character of the younger brother, a night club entrepreneur who love to party. From the beginning, he expressed his desire to dwell in a dark raw industrial like atmosphere, but the house should also be cozy as well. Again, to achieve his wish, the architect repeatedly uses light as a tool to define the atmosphere of this house, but at this time, he intend to cast the light in order to create a subtle dramatic affect for this house. First due to its position where the living area has to face the south side in order to visually connect with the elder brother’s house, it is not proper to exactly repeat the double volume glazing similar to elder’s brother sliding door. 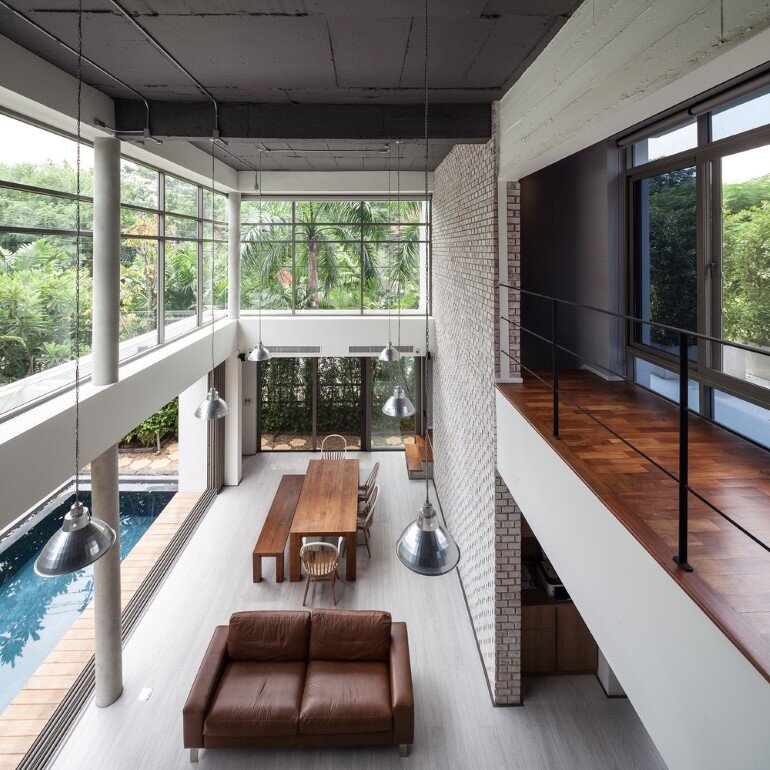 A large corner opening sliding door at the lower level and the solid blank wall with few opening at the top level of the living room was used to maintain the concept of connection between the two houses. On the other sides of the top part of the living area, rather than a large opening window similar to the elder’s brother house, few narrow opening were used to control amount of sunlight to create a lantern effect to this room. In return, rather than providing a grand monumental effect like the white and blue house, the details of this dark brown house have shape the house to be more in a subtle dynamic mood. 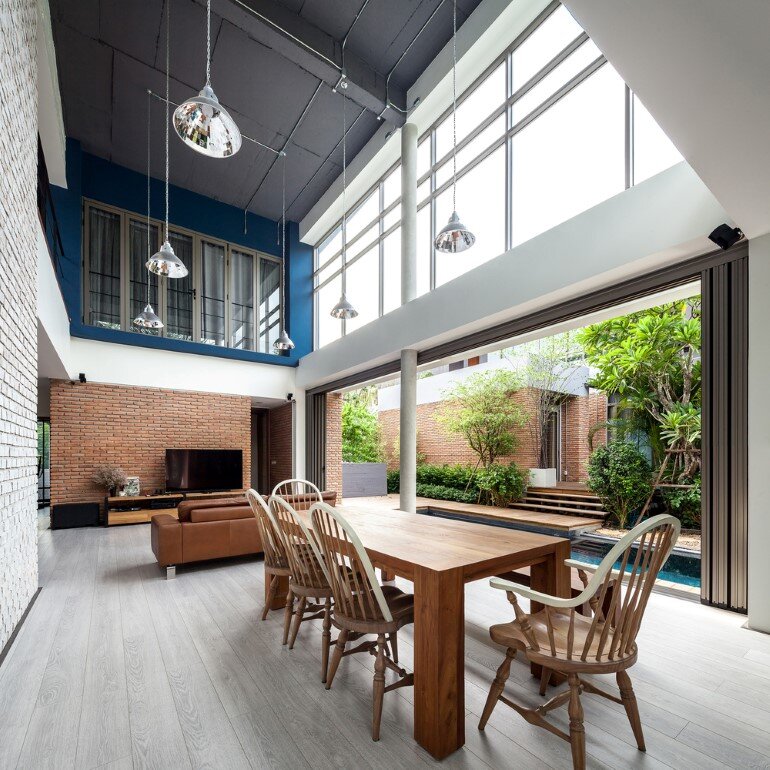 Though these two house initially begin its design process by adapting the same building typology, however with a careful concern to the individual personality of the dwellers, the site’s climate and contextual, this one building typology will gradually transform to response the specific needs of the requirement. The architect strongly believe that this design approach can allow the architect to establish the coexisting relationship between being unique and being uniform all together. 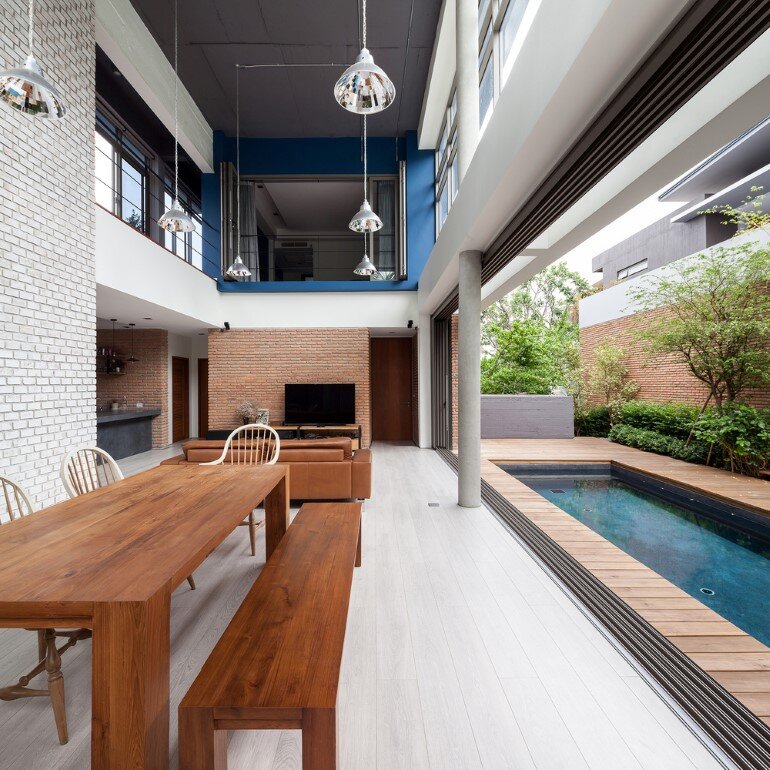 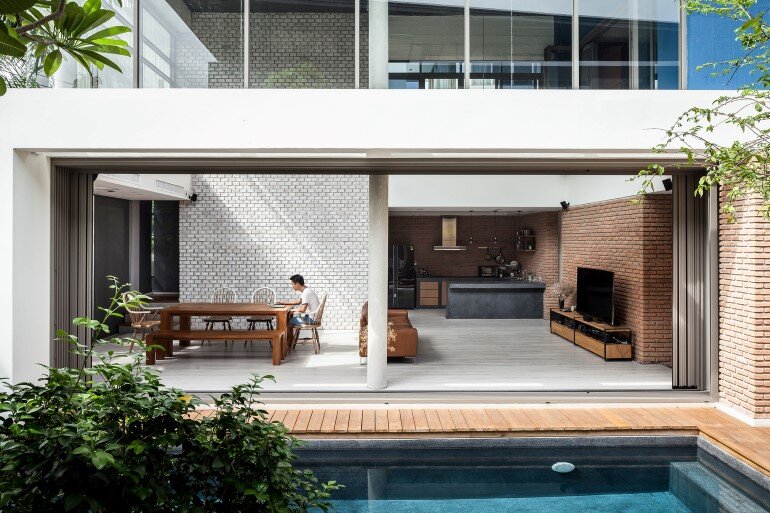 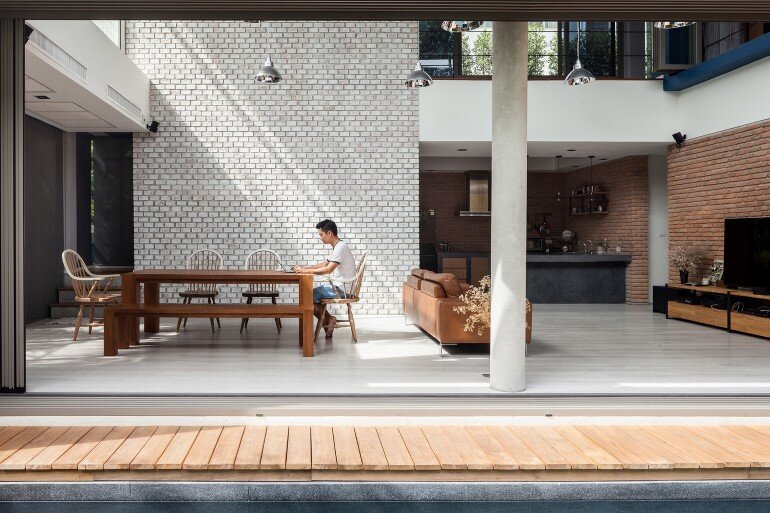 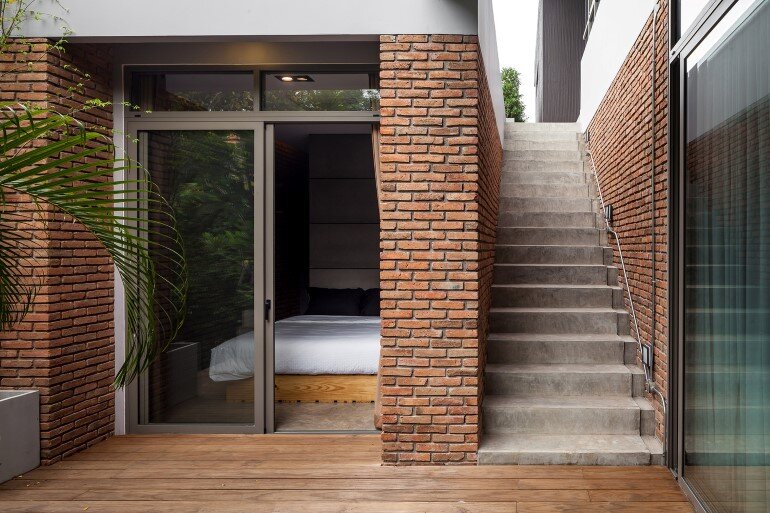 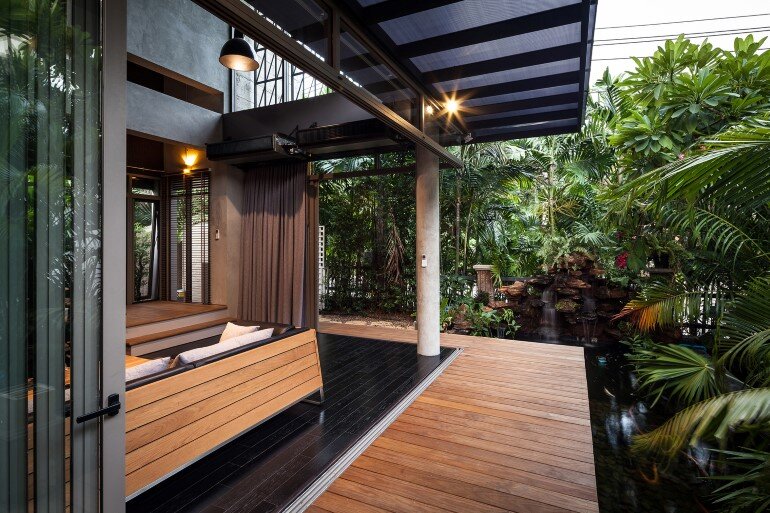 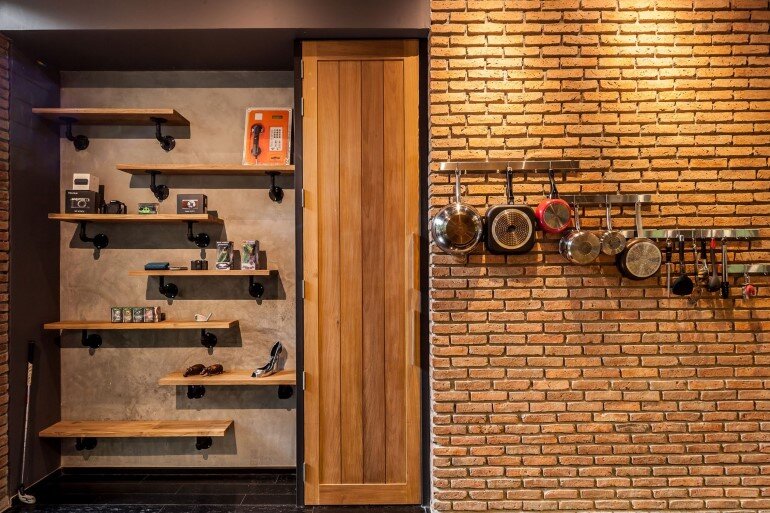 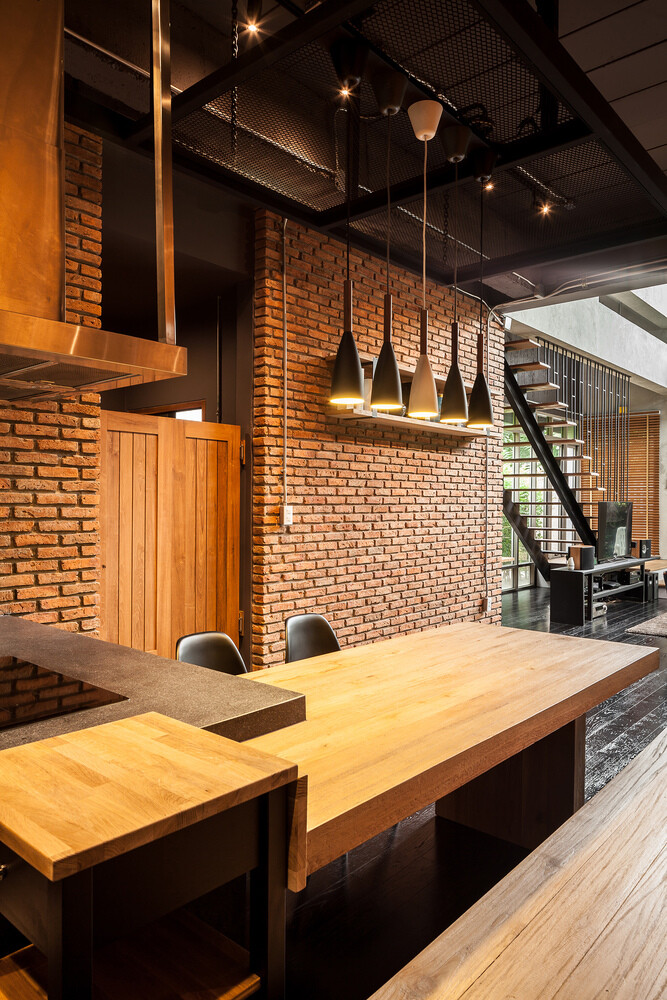 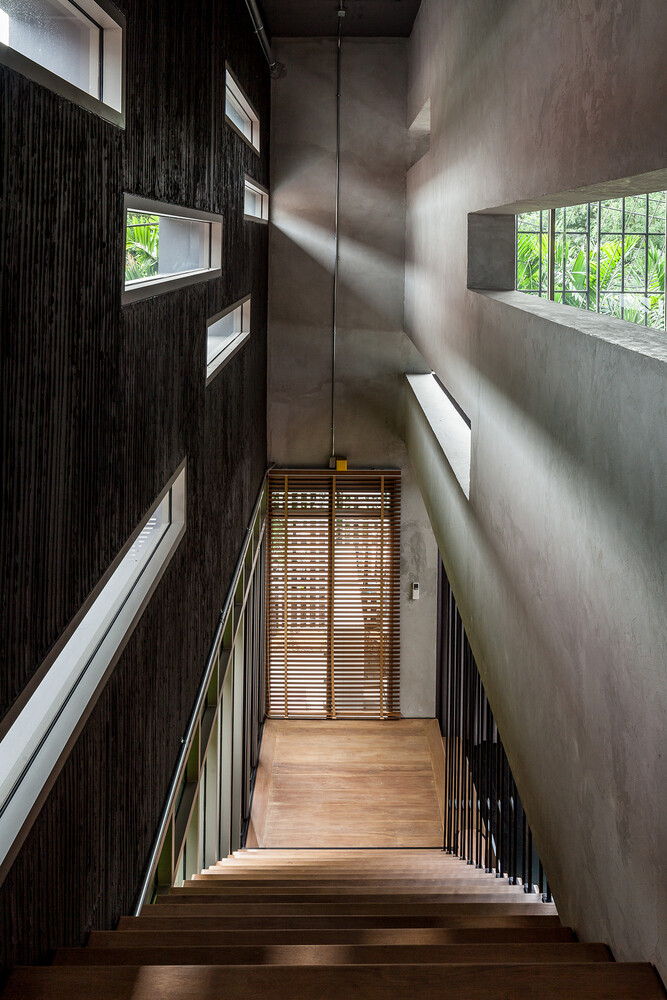 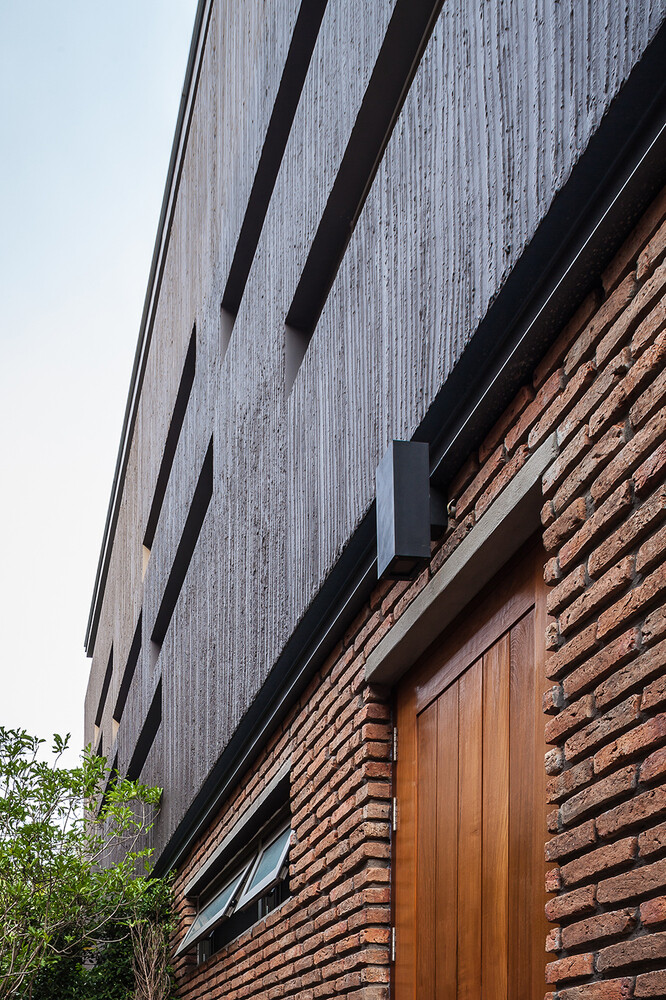 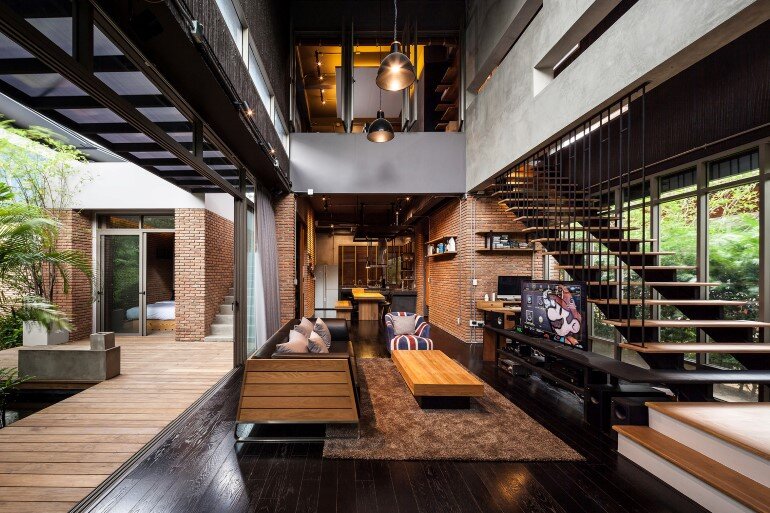 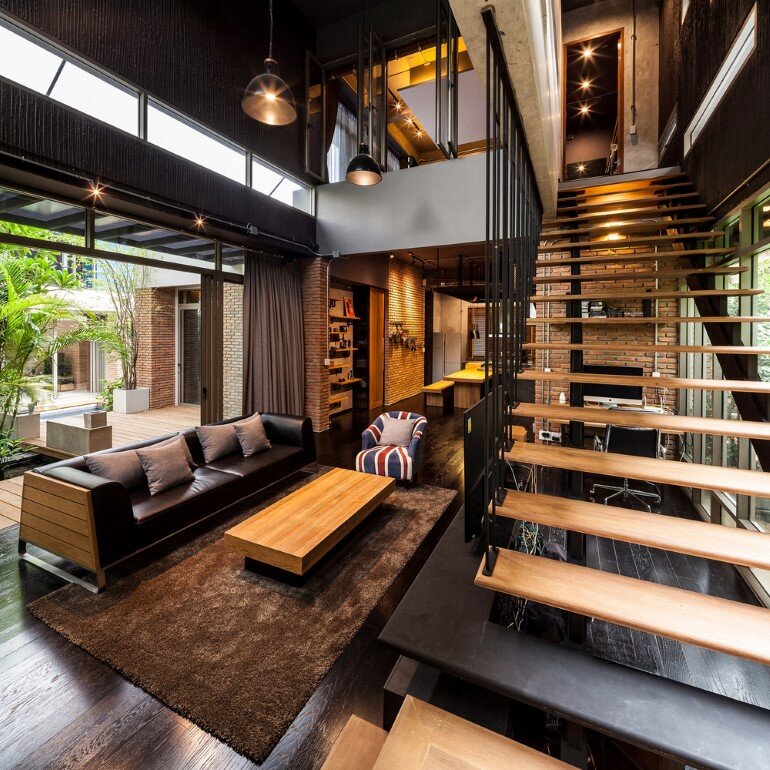 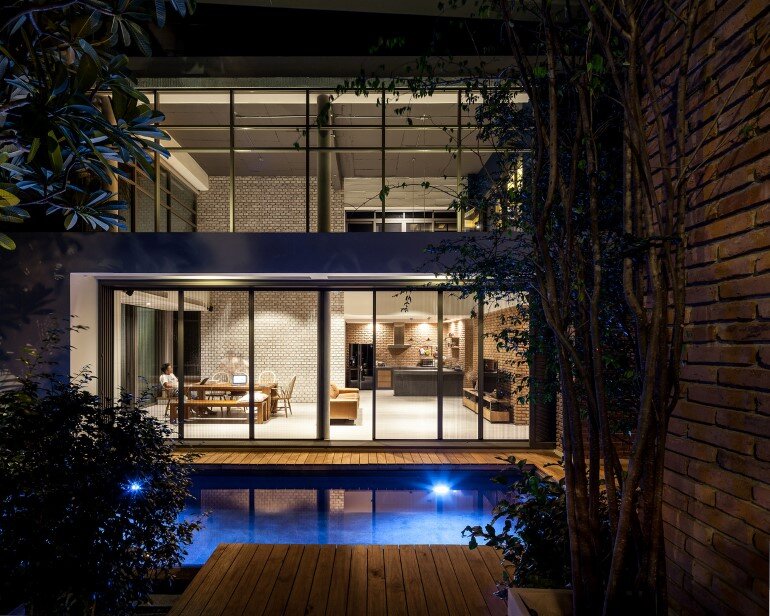 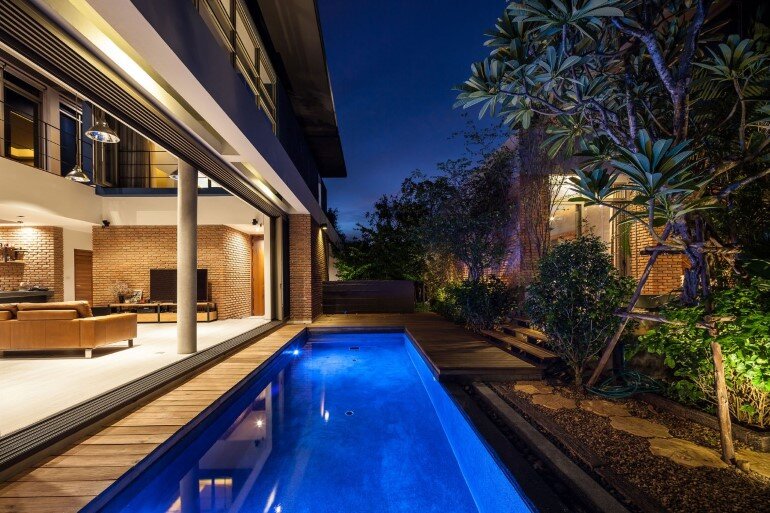 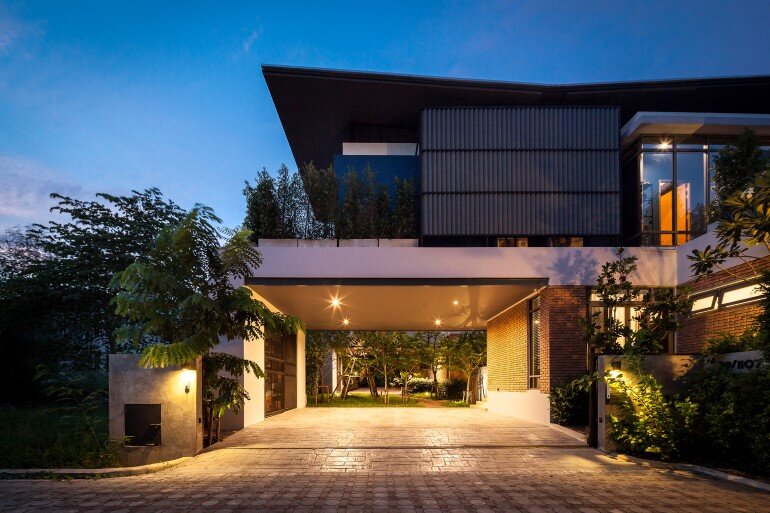 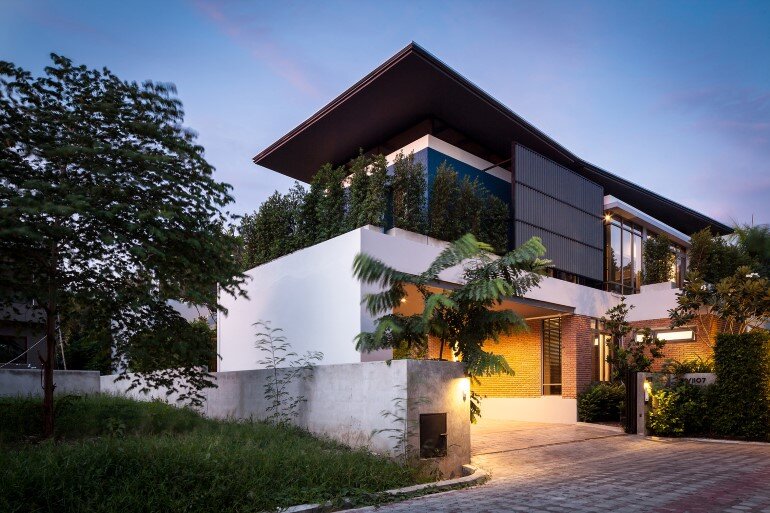