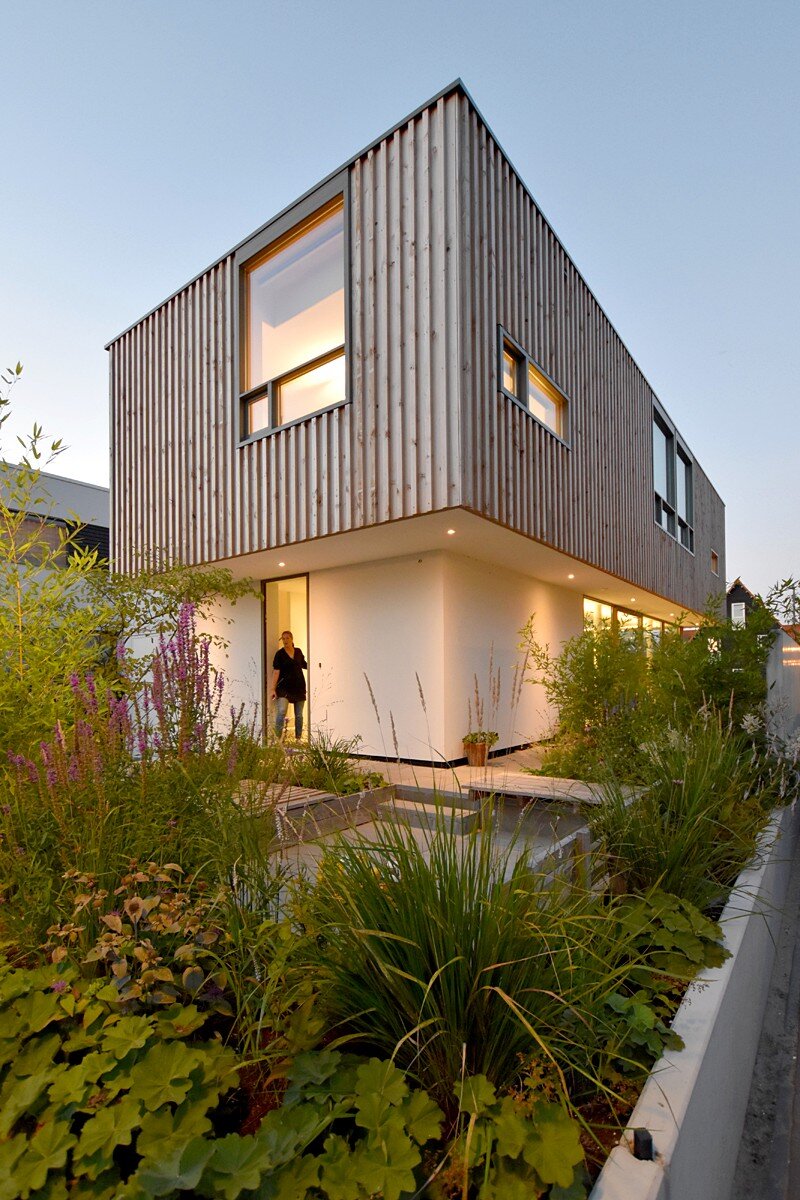 Love at first sight
The clients asked several architects to come up with a vision for the design of their house. We made a small draft model which they fell in love with right away. In the leafy neighbourhood of Ypenburg, an outer suburb of The Hague, most plots on Gele Lis street had already been built on. There was one long, narrow plot still available. While it was located on the water, it also had buildings at a distance of only five metres on both sides – so sun, unobstructed views and privacy were hardly a given. The future residents asked various architects to come up with a vision for the plot. They fell in love at first sight – their words, not ours – with the small draft model we produced. 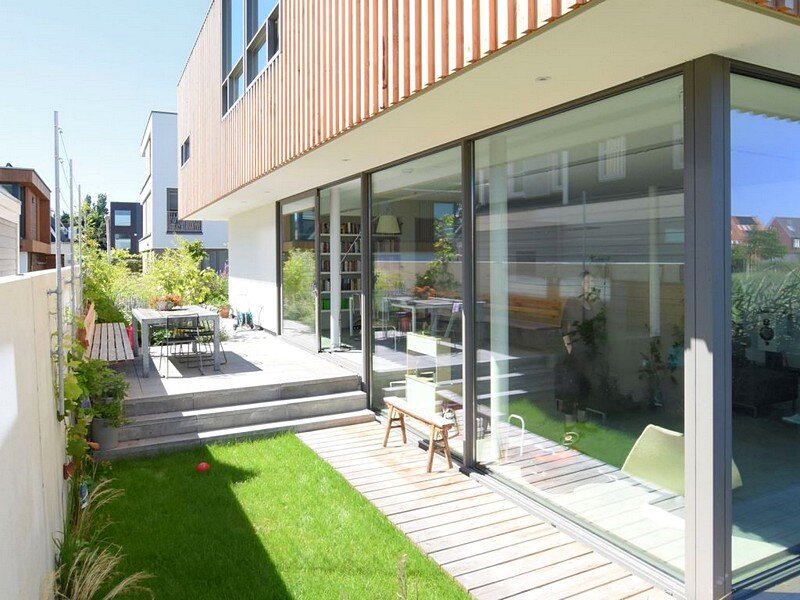 Plot passport
The municipality steered urban development by issuing so-called ‘plot passports’ and it looks like the residents here have tested the limits of what’s allowed. Most lots have been built on as much as possible, giving the neighbourhood an almost urban feel. One of the municipality’s requirements was related to the façade: this had to be constructed of at least 50% wood. In addition, the ecological zone on the water side of the plot could be used, but not built on. 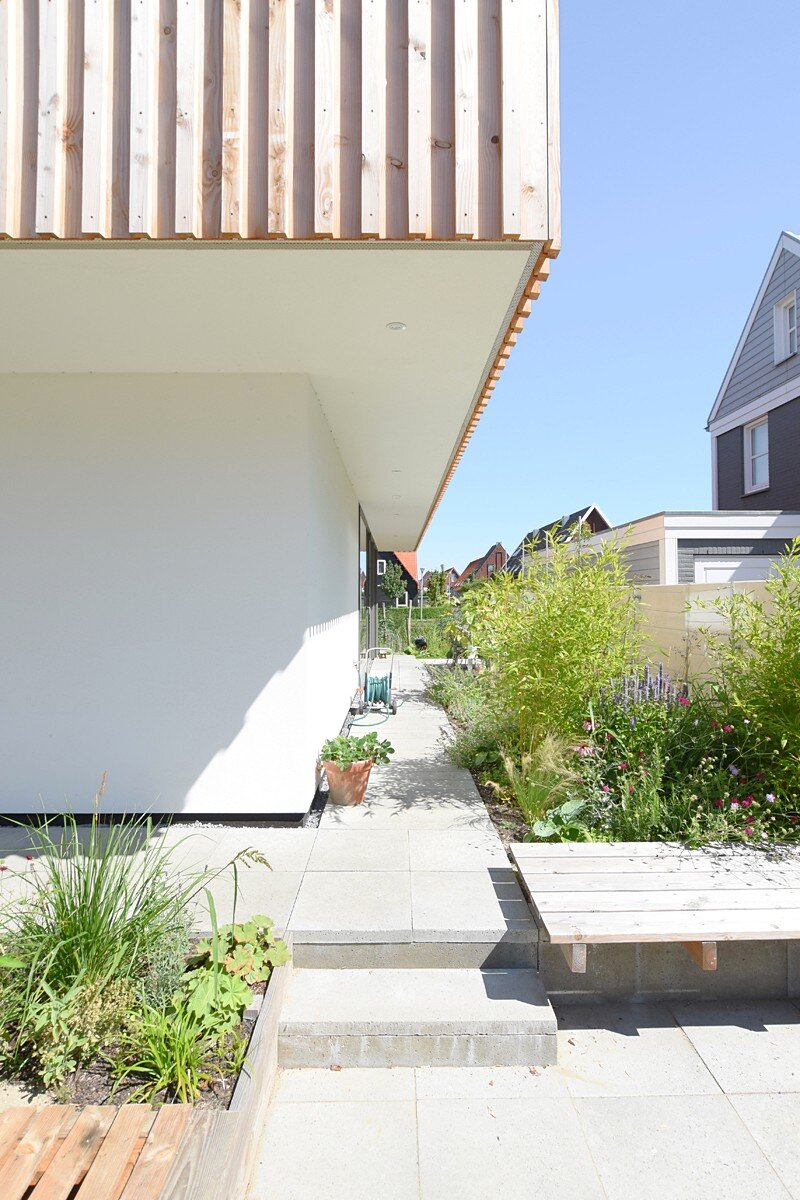 We located the outdoor space on the sunny longitudinal side of the plot. By partly walling in the garden and raising it slightly, we created a sunny, private garden room as an extension of the interior space. The outdoor space extends to the ecological zone behind the house, forming a comfortable green oasis. 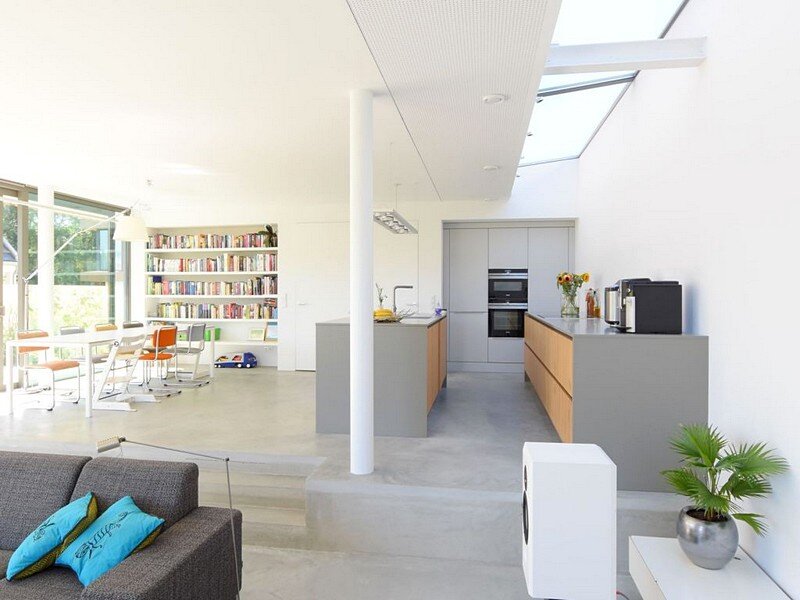 Ingenious blocks
The house is actually formed from two blocks, one on top of the other. The upper block is slightly larger than the lower, and has been shifted slightly to one side. The overhang this creates serves to further enhance the feeling of a private garden room while serving as an attractive awning for the living room. 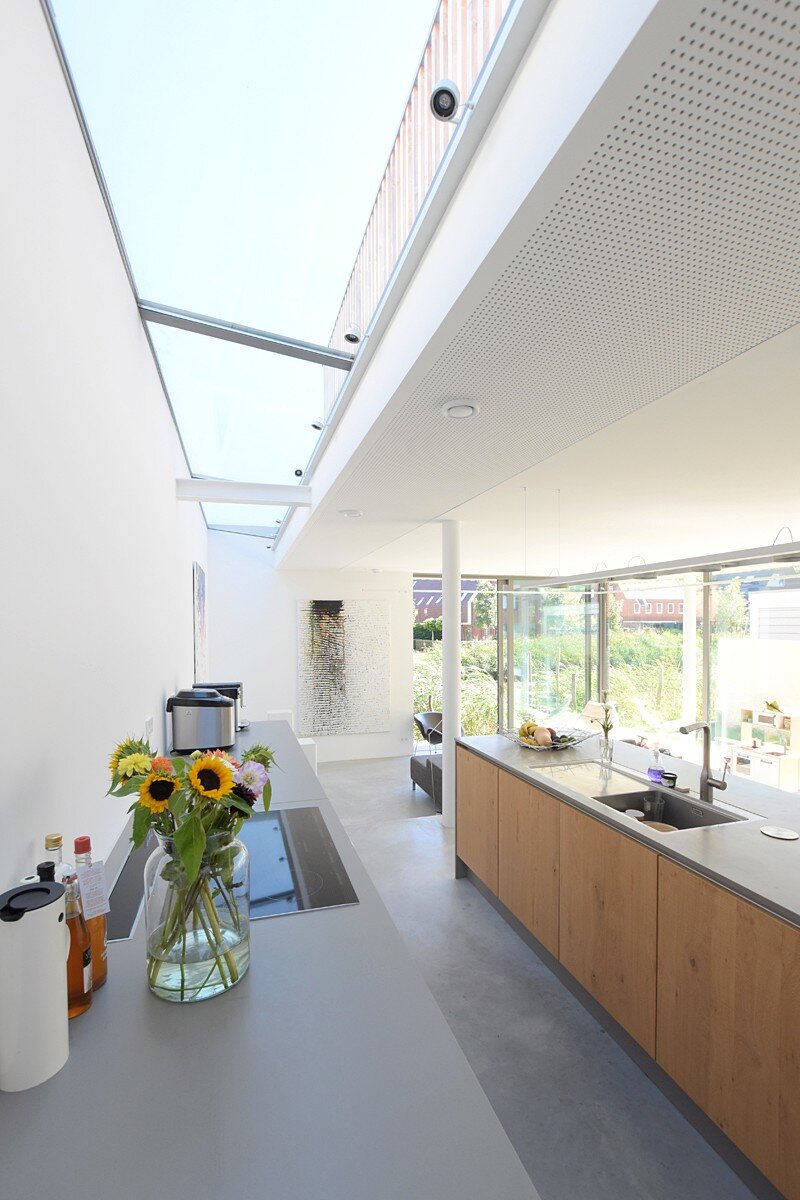 In addition, the placement of the upper block created the possibility of adding a long skylight to the ground-floor ceiling on the other side. Not only does this have an exceptional effect on the light in the room, but it also made openings in the façade unnecessary on that side of the structure – which is an added bonus for privacy. 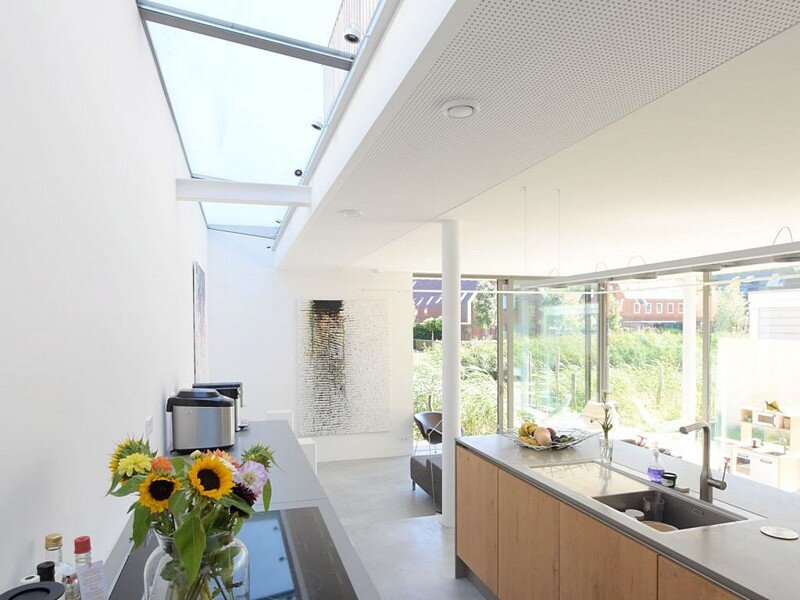 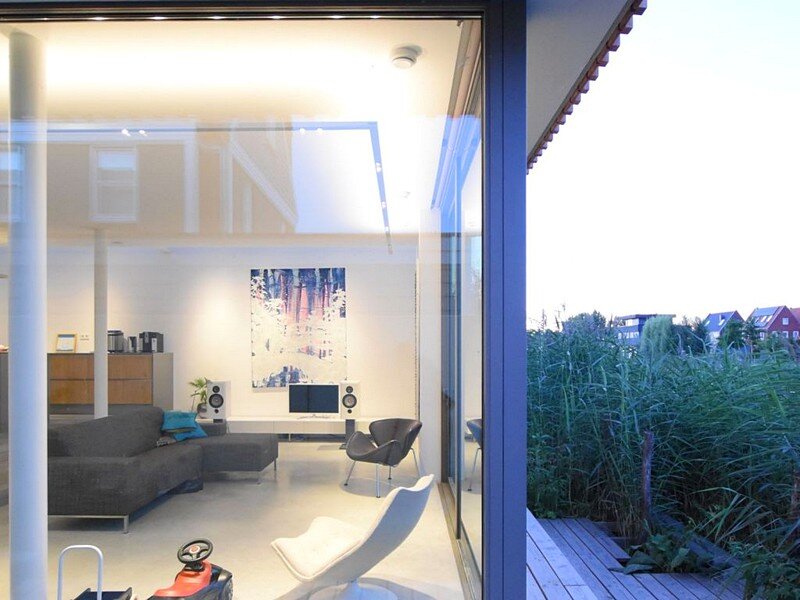 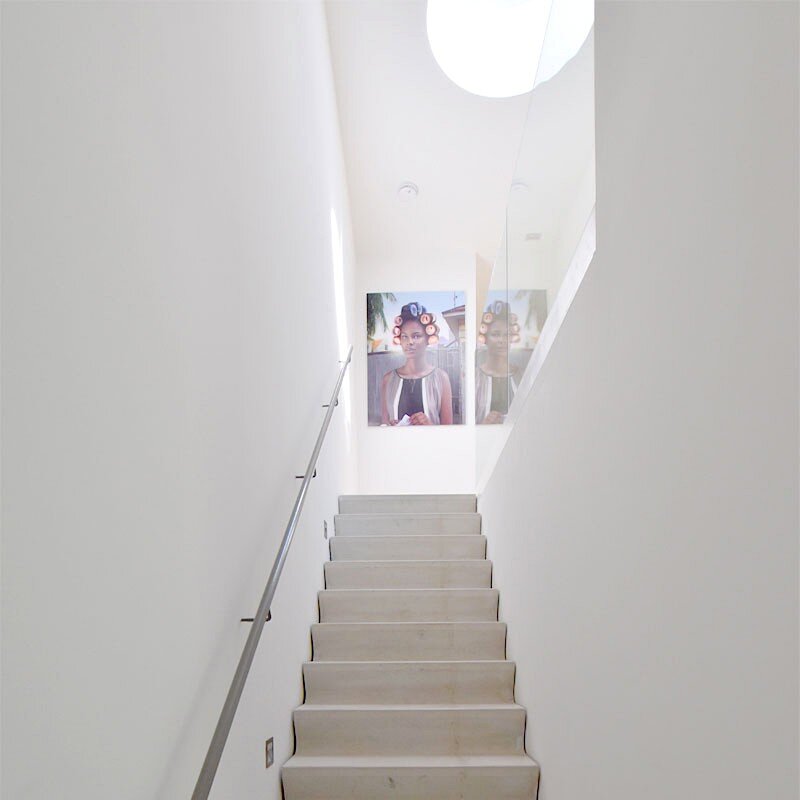 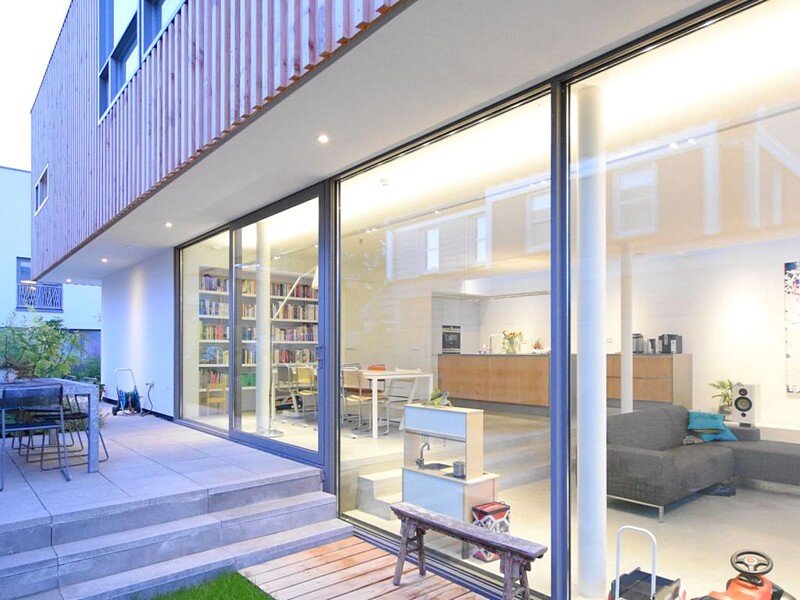 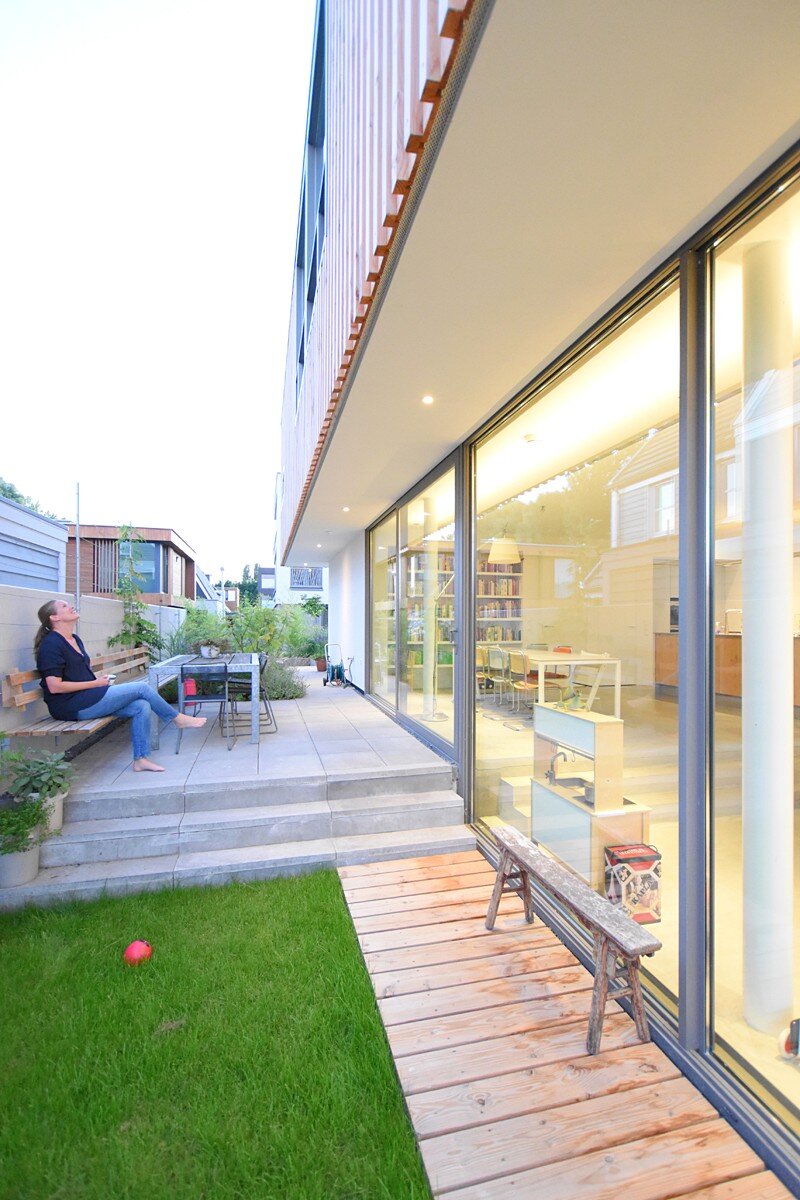 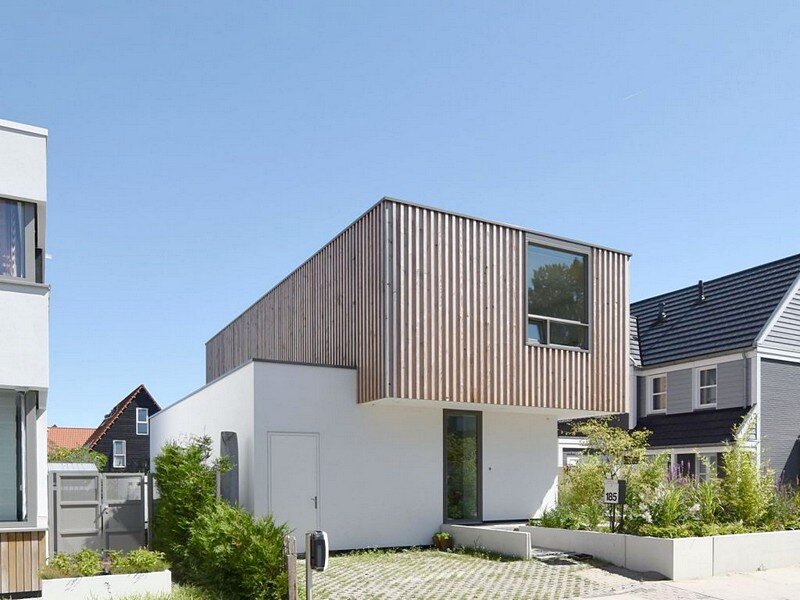