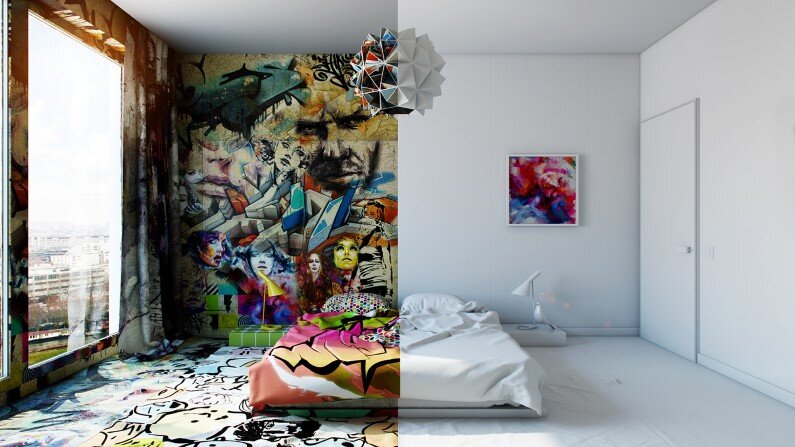 The Ukrainian designer Pavel Vetrov created this avant-garde room – called SUNDAY – inspired by the Panic Room Project. In this project, a clear line divides the room: half a room is completely white, while the other half is fully decorated with graffiti. The Panic Room (by French graffiti artist Tilt) is one of six suites at the Au Vieux Panier hotel, where rooms are regularly redecorated by different artists. Walking into this room must be a surreal encounter. Everything, down to the bedding and geometric chandelier, is perfectly halved. It produces two different experiences. The graffitied side is a sensory overload, and every inch is covered in a dizzying amount of texture and imagery. A more tranquil space, however, is just a step away and allows you to relax and reflect. 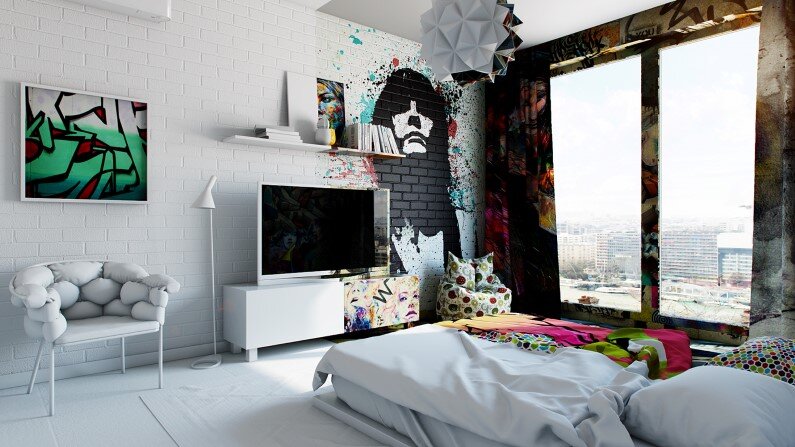 About Pavel Vetrov – designer Avant-Garde Sunday Room
Pavel Vetrov was born in 1987 in Ukraine. He is a graduate designer specialized in furniture and interior design with almost a decade of professional experience, including commissioned projects from famous brands such as Bolia, Missana, Temahome, Zegen and other. Among the 70 plus awards in design he has amassed throughout his career is the Red Dot Award, German Design Award. His works has been shown, mentioned and analyzed in the most important magazines around the world, including Forbes, Elle, Vogue, Le Figaro, among others, and he is an assiduous participant of all European design shows, namely Imm Cologne, Salone del Mobile Milano, London Design Fair, Paris Design Week and Maison & Objet. 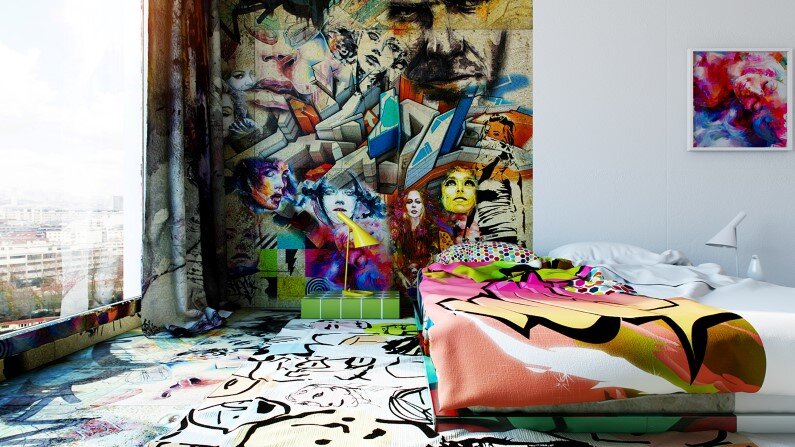 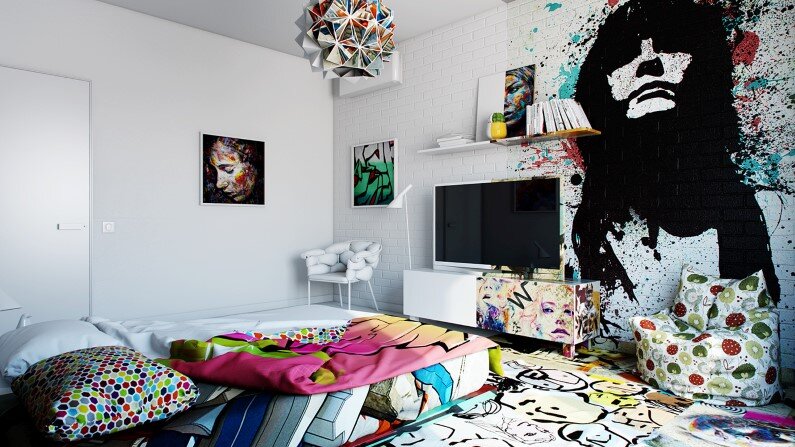 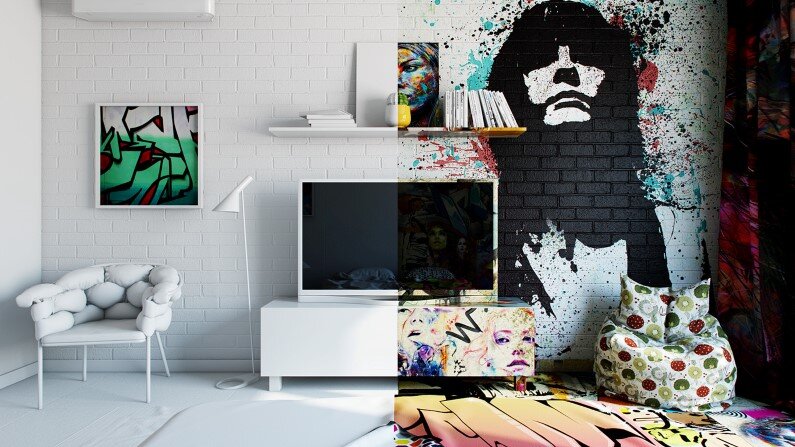 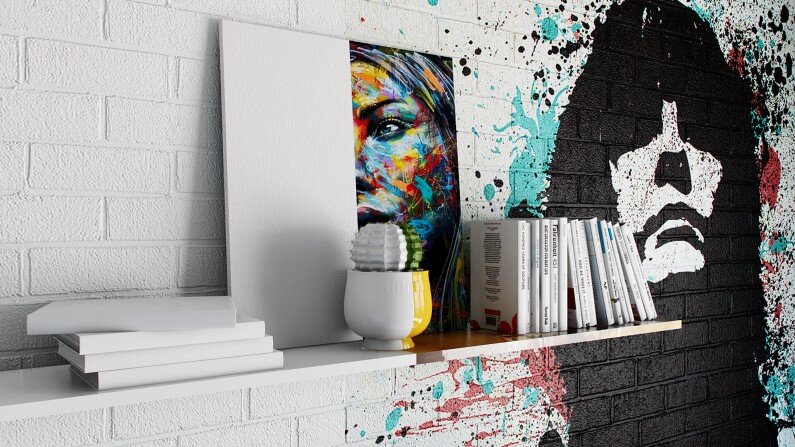 Imagine a café, a reading room, a bookstore and a coffee roasting company all located in a refurbished former milk bar. The idea to create a place that would meet various needs of book lovers and coffee enthusiasts was a consequence
Read more

“Opening” is the first thing we did for this Modern Tea Ceremony House. We opened the façade and left 1/3 of the space completely connected with the outdoor. We hope that the guests can feel the story of the interior and see our tea gardens and products at first sight.
Read more

LiDAR (Light Detection and Ranging) is the latest in tracking technology, used in self-driving cars for companies like Uber, Mercedes, Tesla and Google. New...
Read more

French bed: rafinament, elegance and romance in your bedroom

Excited by the fragile and delicate beauty of the luxurious French style of the royal epoch, sometimes we can get carried with the eyes...
Read more

Relocating to the East Coast from Santa Monica, it was important to the family to bring the spirit of the Modern homes they left behind into the design of their new residence in a conservative, suburban neighborhood outside of New York City.
Read more

This new concrete and cedar family home works hard to maximise the clients programme needs within the tight constraints of this small urban beachside site. This minimalist beachside house had to have a minimal and hardwearing material palette to respond to the harsh coastal environment.
Read more
© All rights reserved. HomeWorldDesign 2013-2020. All images are © each office/photographer mentioned.