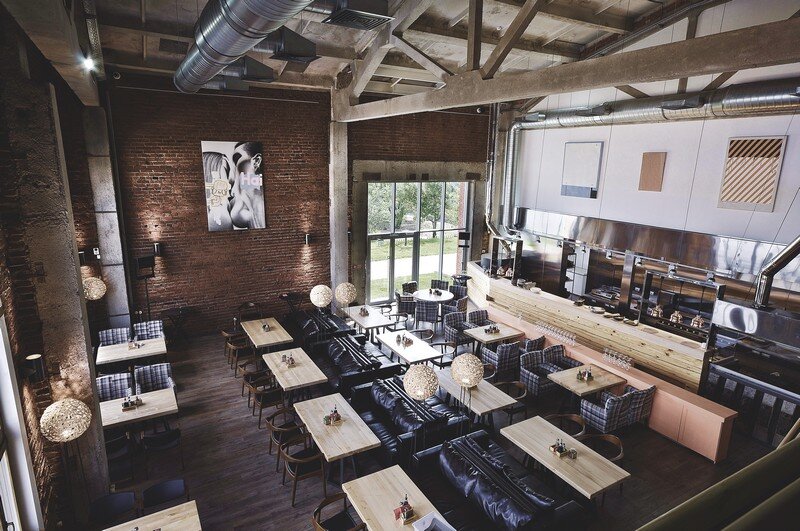 The restaurant is located on the bank of the Kama river in Perm, Russian Federation. Restaurant has panoramic windows and a perfect time – it is spending the evening sunset with excellent cuisine Nikki combines the features of Japanese and Peruvian gastronomy. 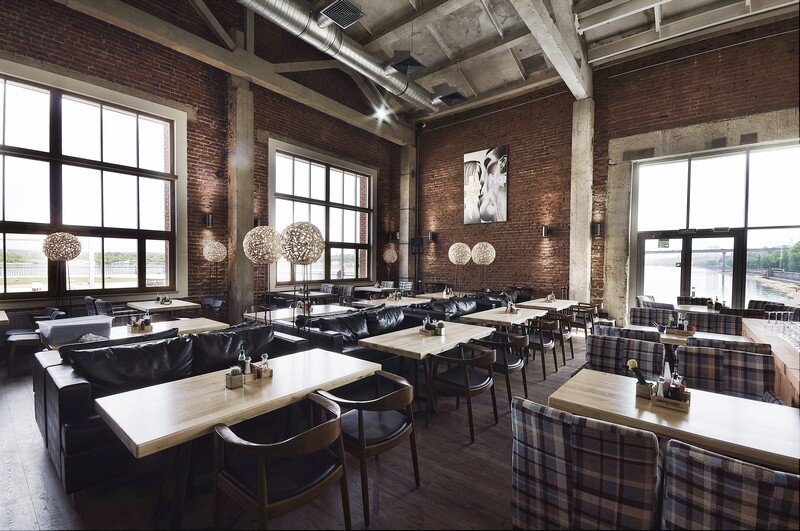 The institution makes to look at the newly renovated shop Perm river port. Based on the three relationships – wood, cement and brick designer and restaurateur created a completely new space in the city of Perm. The interior has a significant industrial footprint, underline the identification of architectural designs. 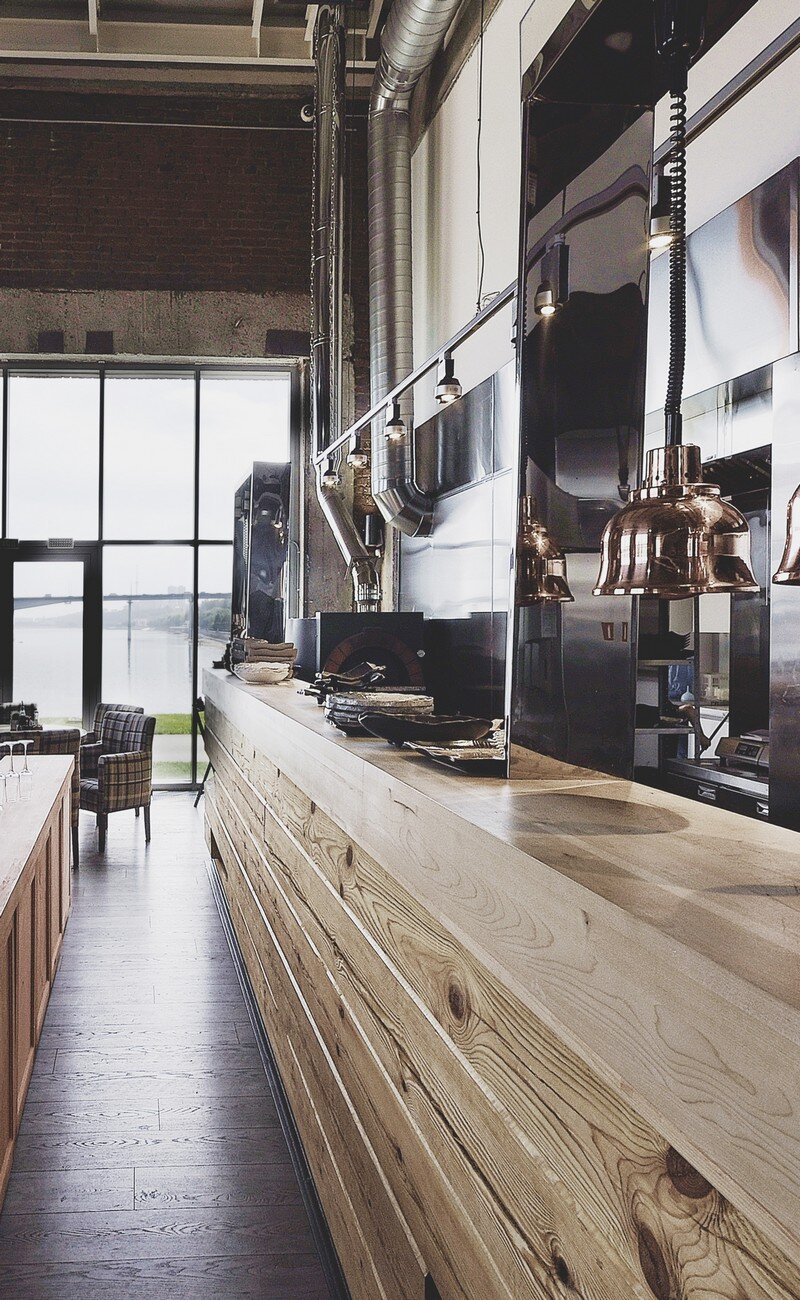 The entire restaurant is divided into multiple active zones – room, open kitchen, a bar and a mezzanine. The room has a high ceiling, in contrast to our other projects, and in this case, we have built a mezzanine – and which leads the central staircase hall. 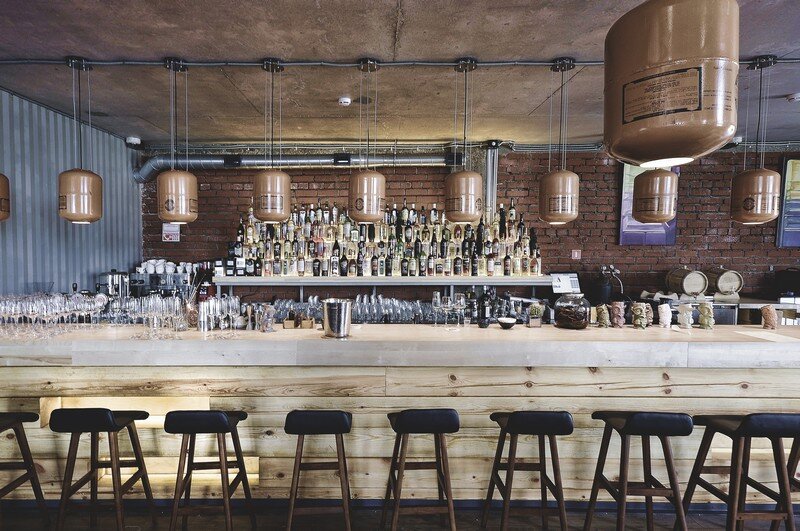 The bathroom is separated fashionable strip and the island area. Door handles for cabins we made from whole northern birch. On the wall we used toilet patchwork ship, part of the ship, we cut down to the same plate and used in the interior. 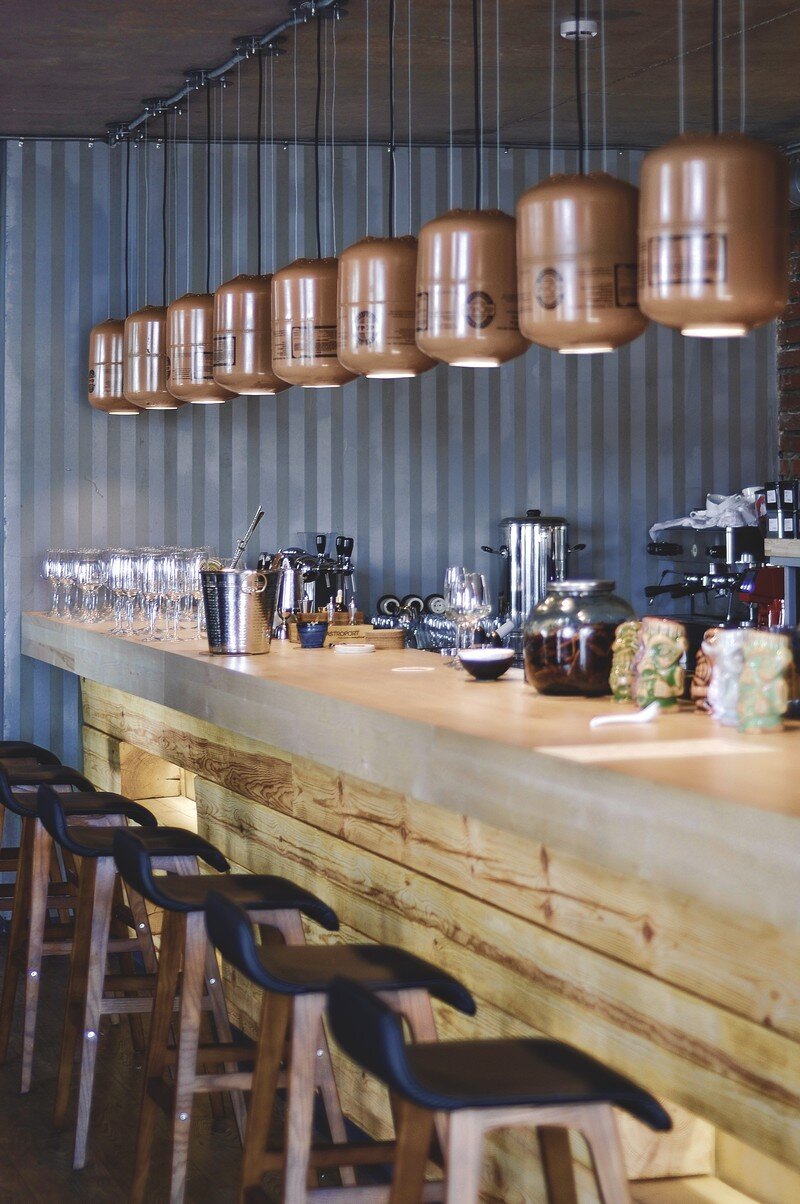 In addition, input – the color of salmon, it reveals the beginning of Japanese cuisine in Peru. The bar and kitchen are made from solid birch, brought back from the north edge. The room itself remains mobile. It was the wish of the customer. 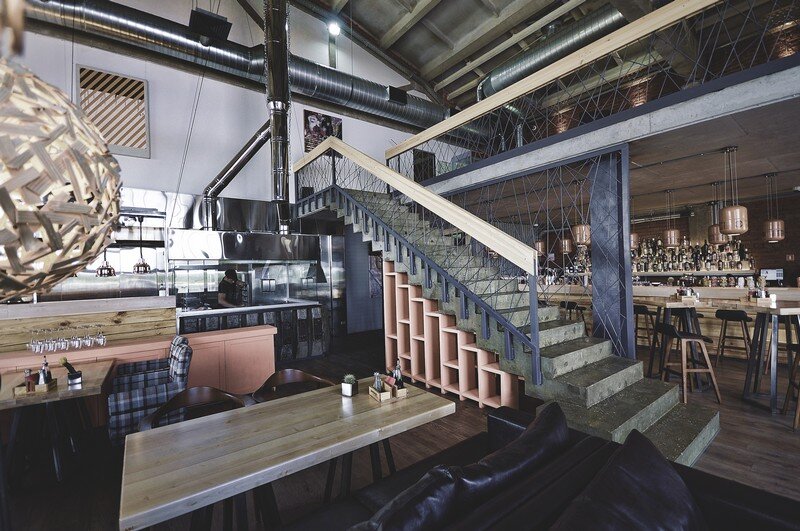 Compilation of Peruvian and Japanese cuisine, the result of a mix of culinary traditions of Japan in Peru. Japanese immigrants began to settle in the South American country in the late XIX century, and today they do not have a small number. The Japanese themselves have a strong influence on the local cuisine. While the two nations prepare fresh fish. Today in Peru all – from gourmet cooks to housewives – fresh fish with corn, sweet potato, lime and pepper aji – traditional Peruvian food. Nikkei came up and revealed to the world the Japanese chef Nobuyuki Matsuhisa, most famous for the whole world. 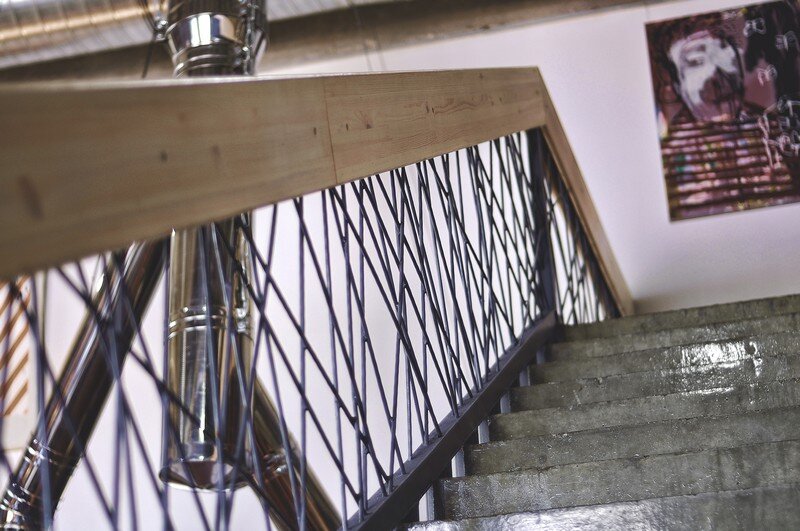 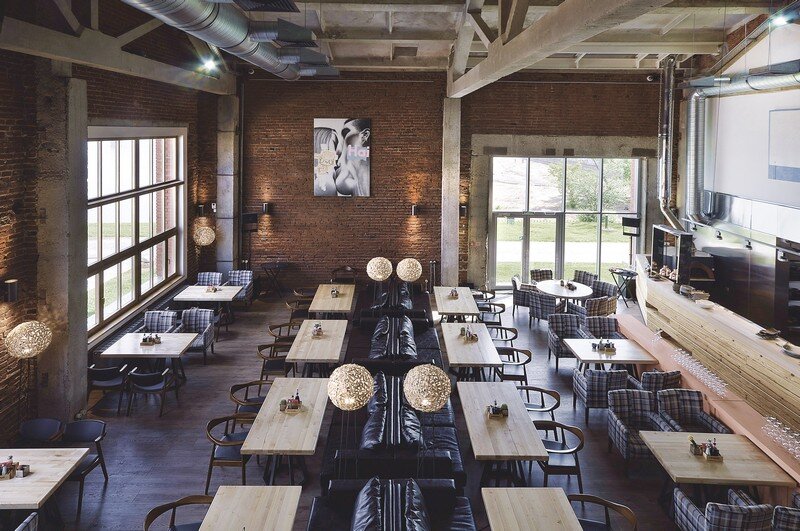 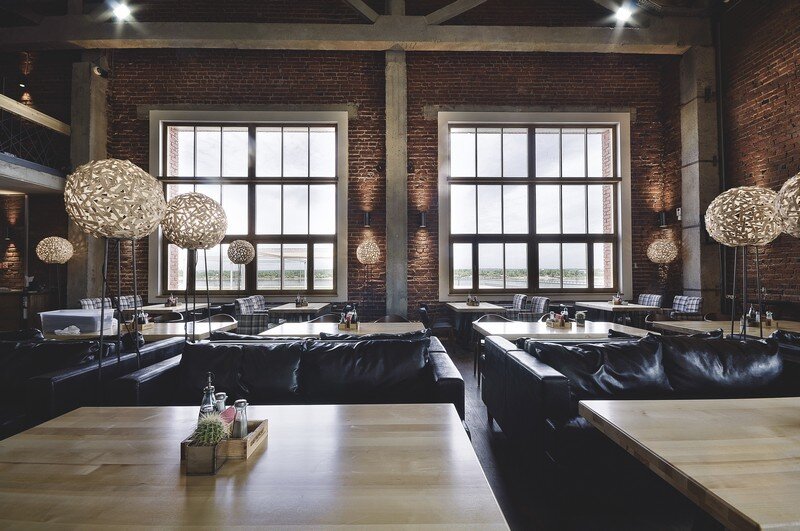 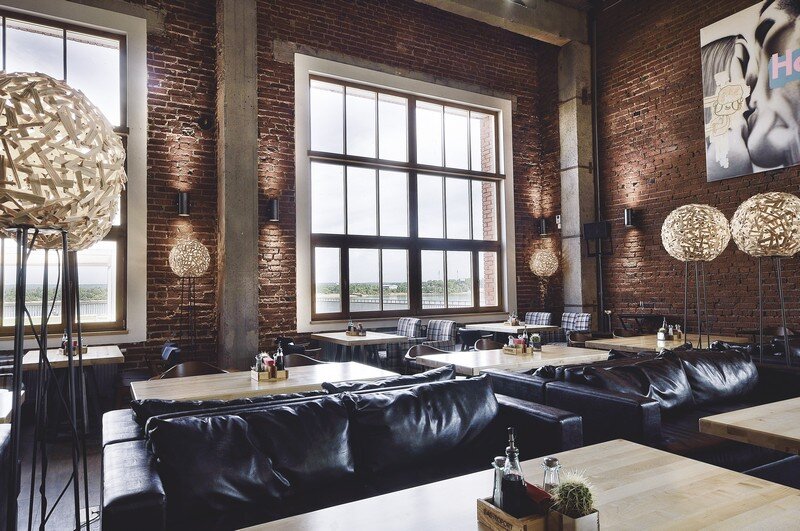 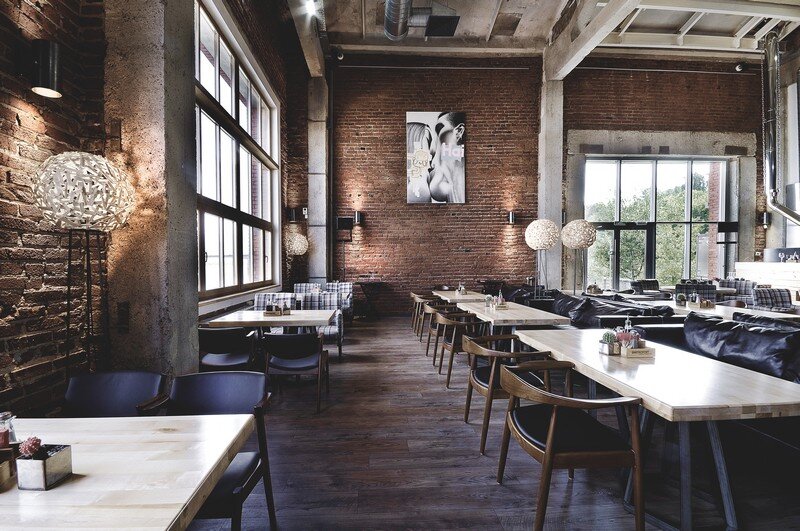 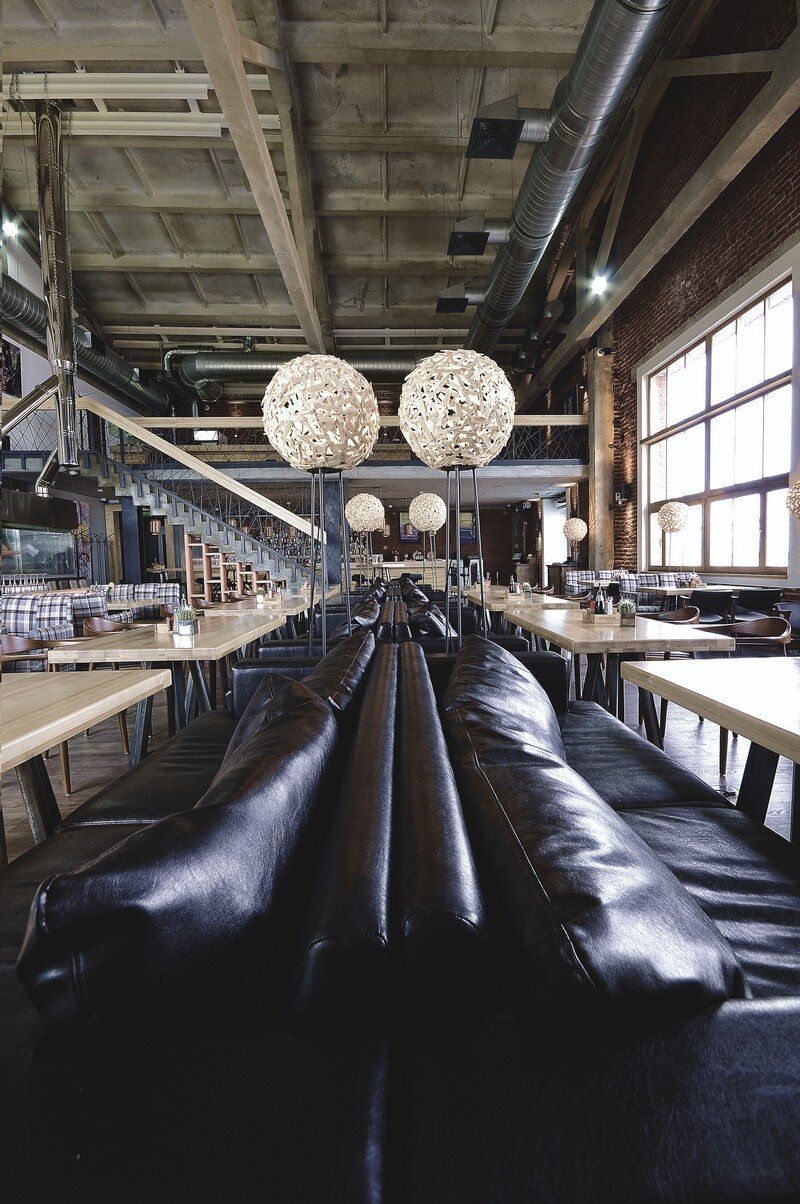 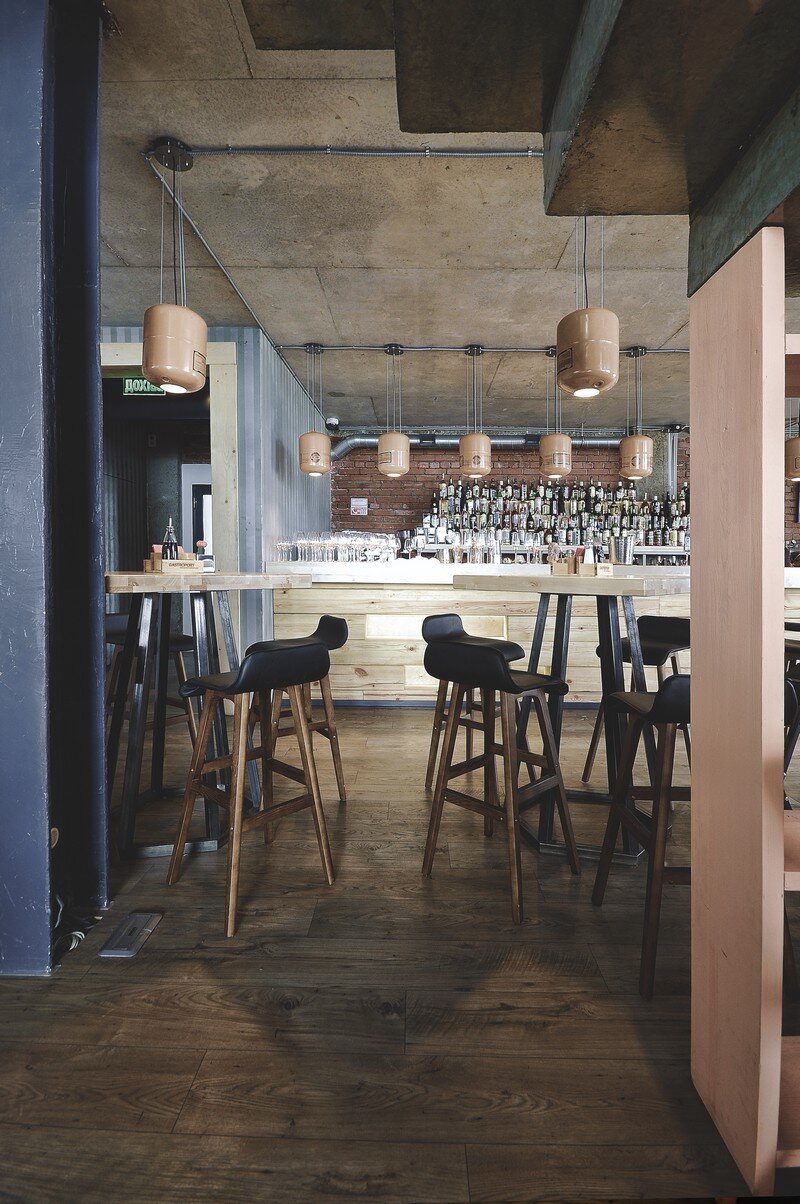 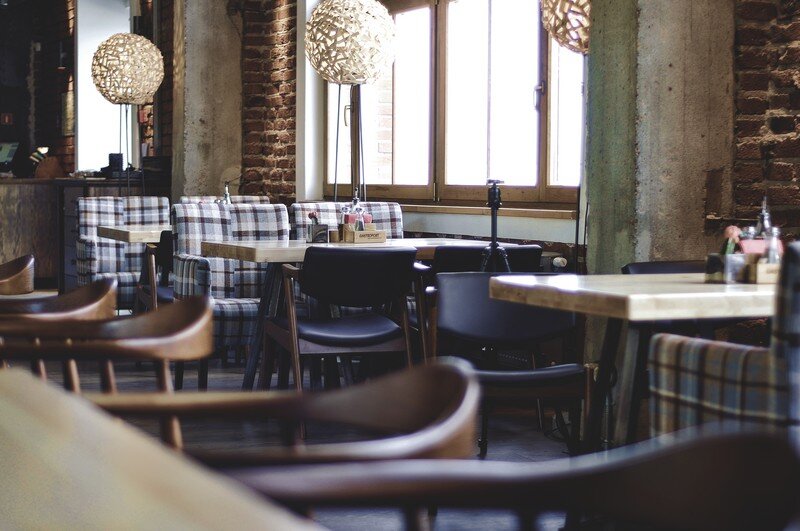 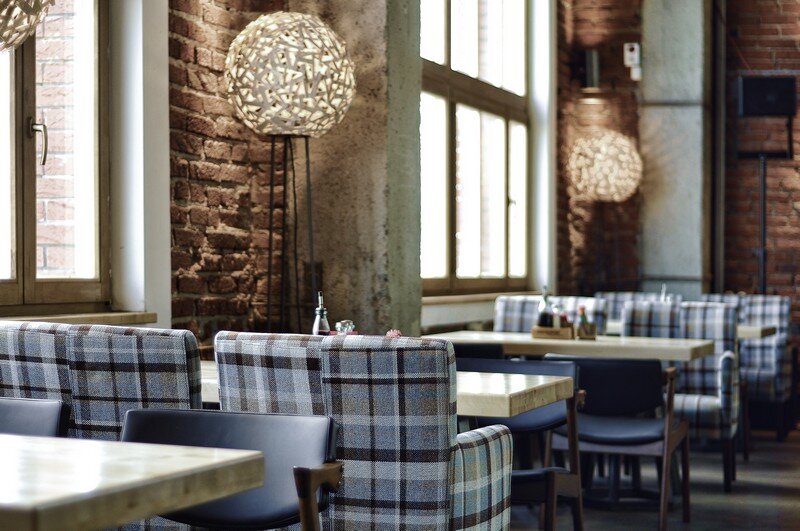 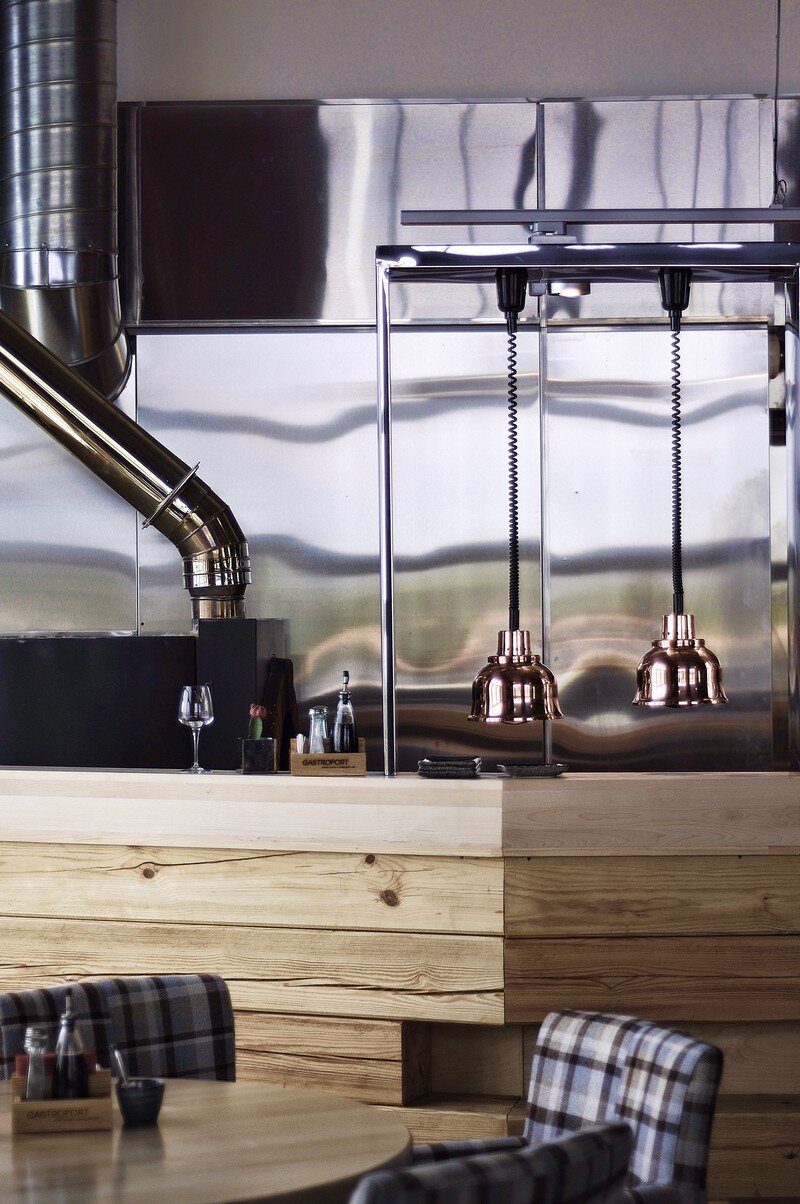 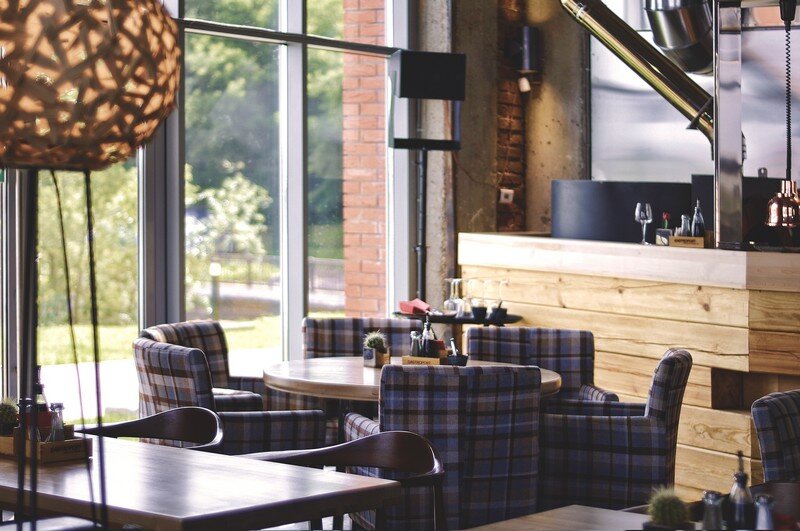 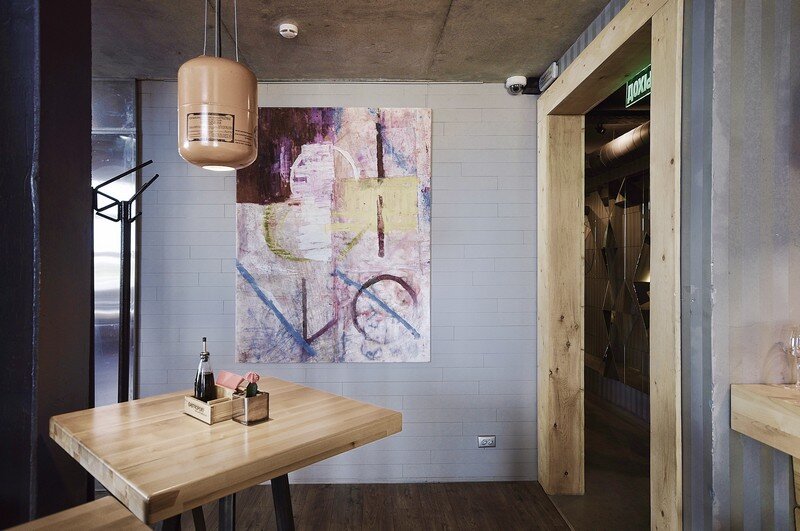 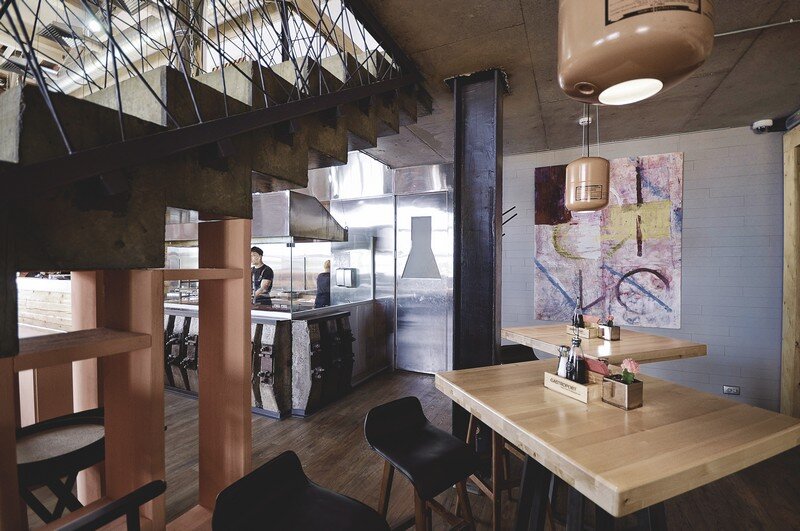 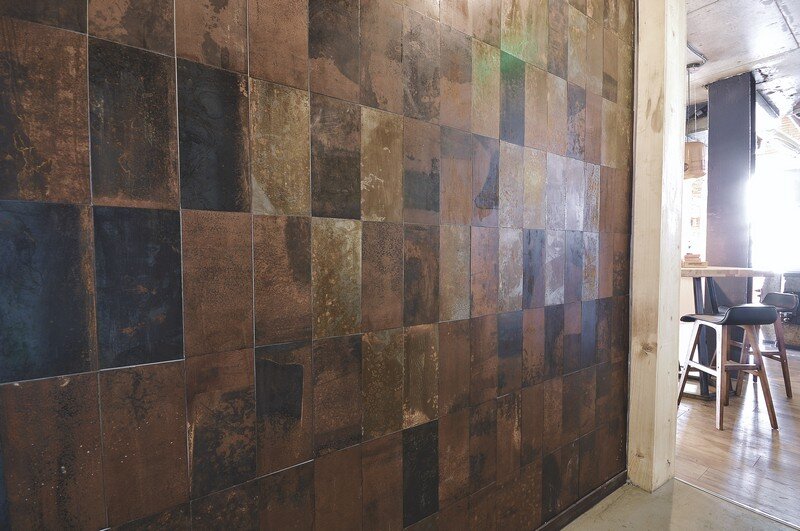 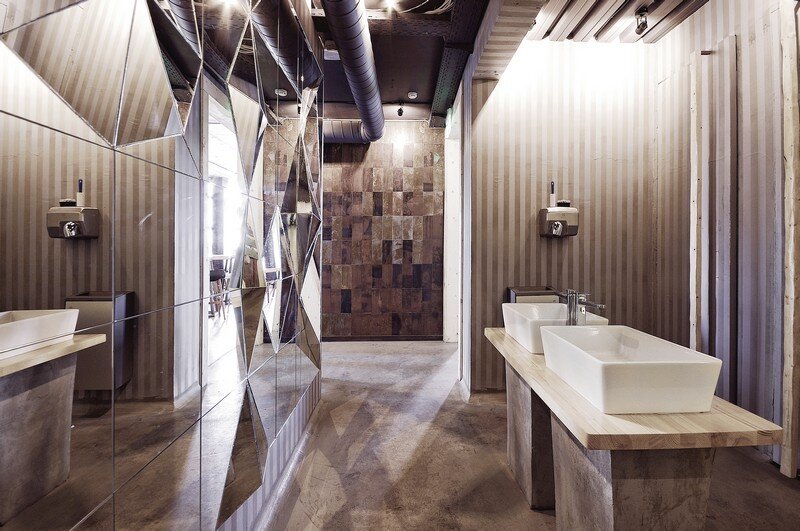 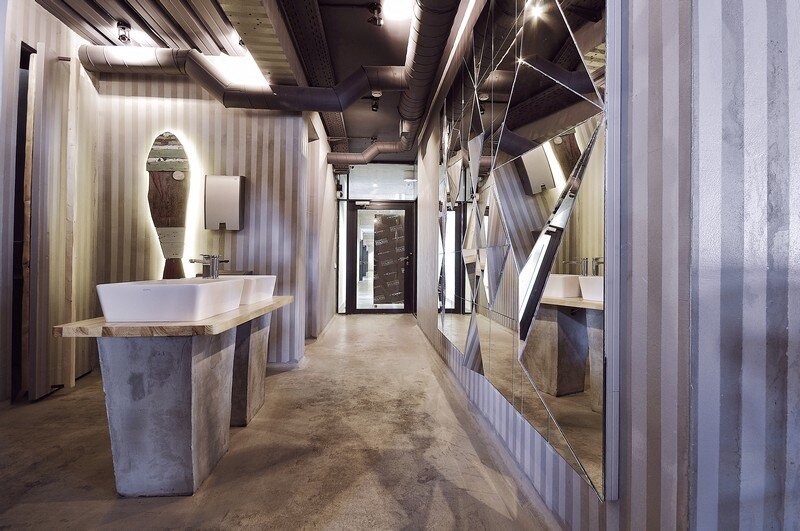 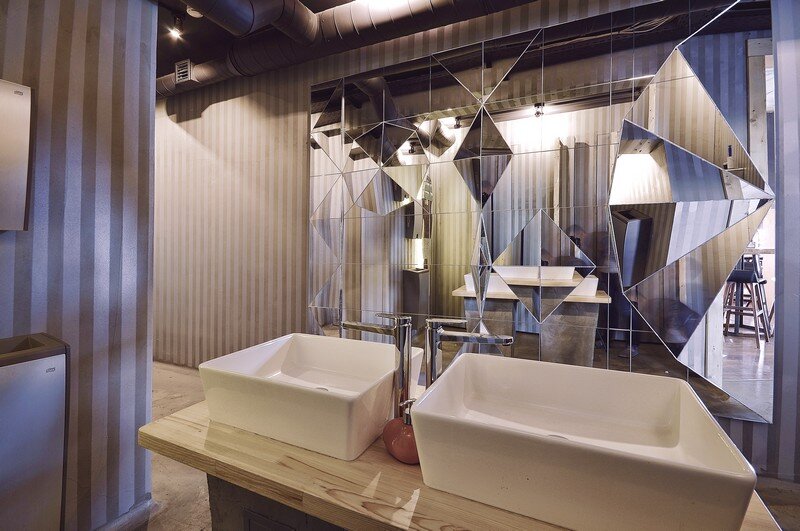 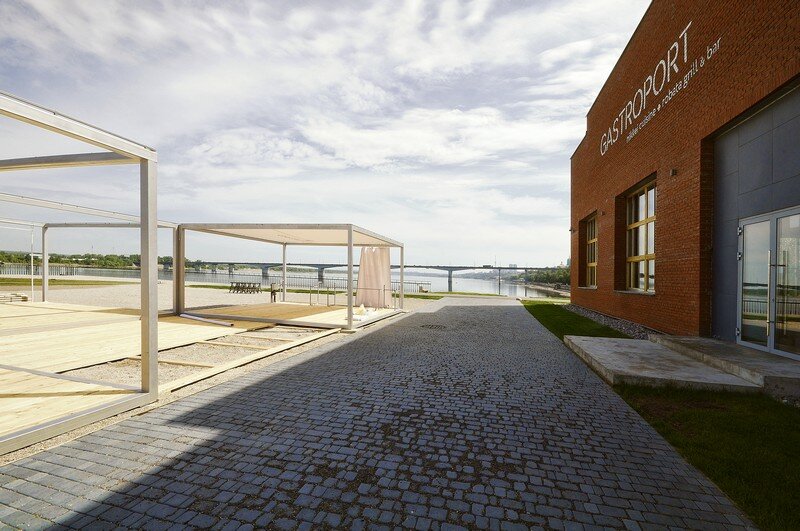 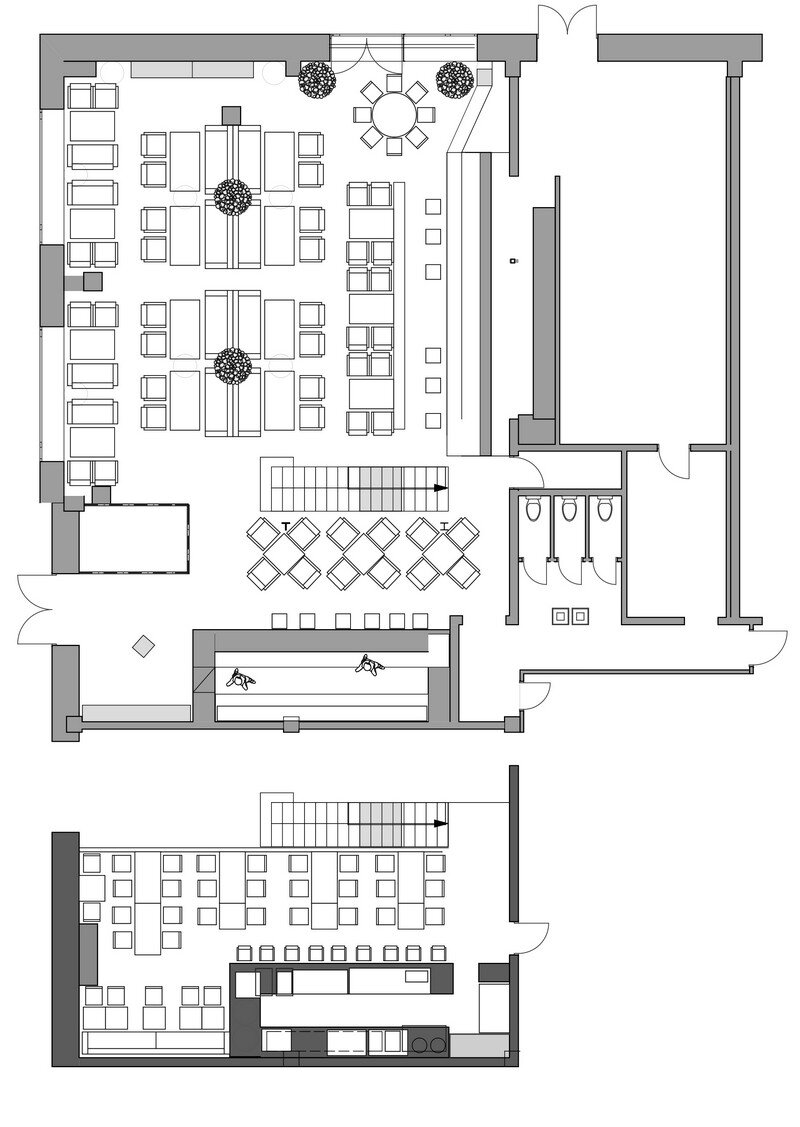