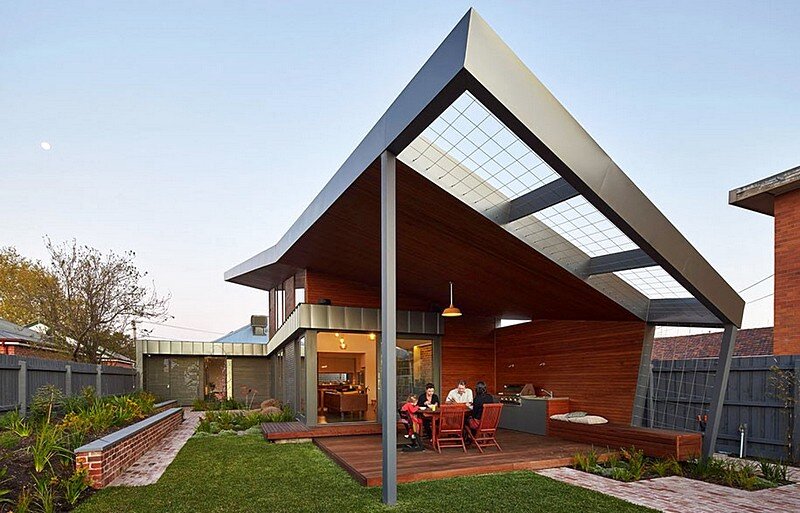 Guild Architects have recently completed Yarraville Garden House, located in Yarraville, Melbourne. The client had a high degree of environmental consciousness with energy and water consumption, responsible materials use and landscape being key components of their brief. Yarraville Garden House celebrates the sun and seasons through a family home that opens up to the north and a garden that permeates the house and the lives of the family. 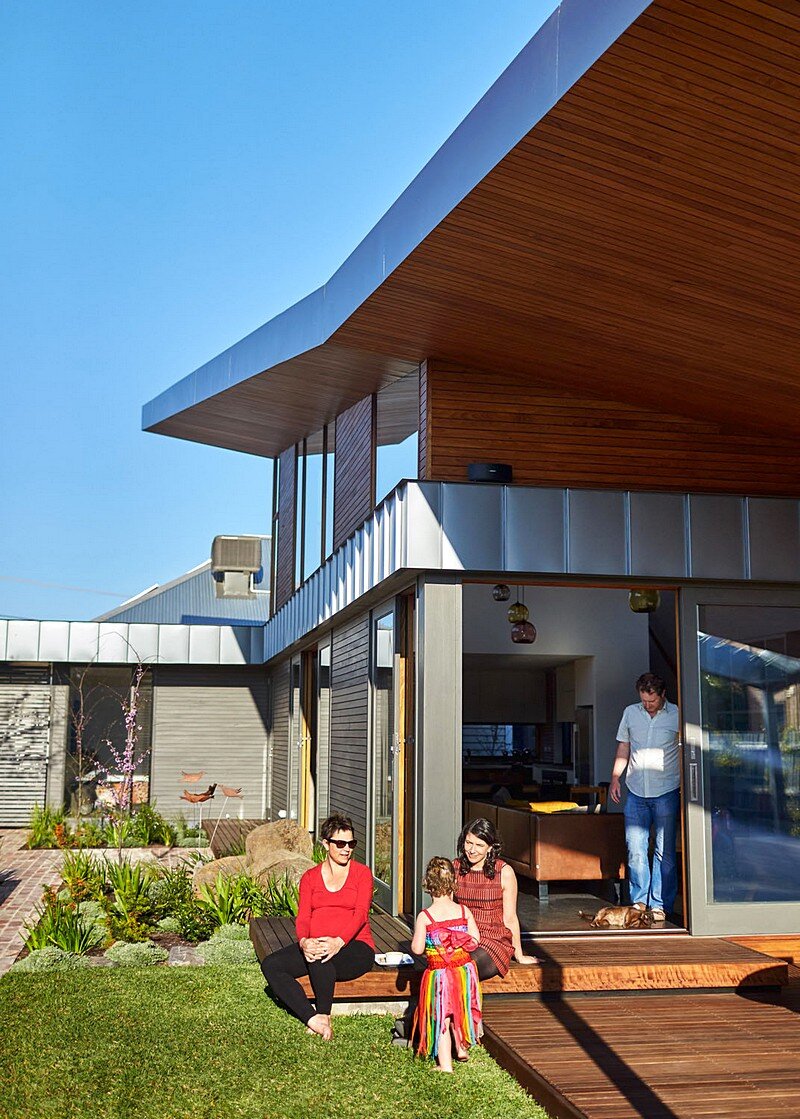 The existing Edwardian house was not ideally configured for passive solar design. However, heritage controls, a previous renovation and good condition overall precluded a dramatic reconfiguration. It was decided to keep the front part of the house as a bedroom wing with a new and optimally oriented living wing to be added. 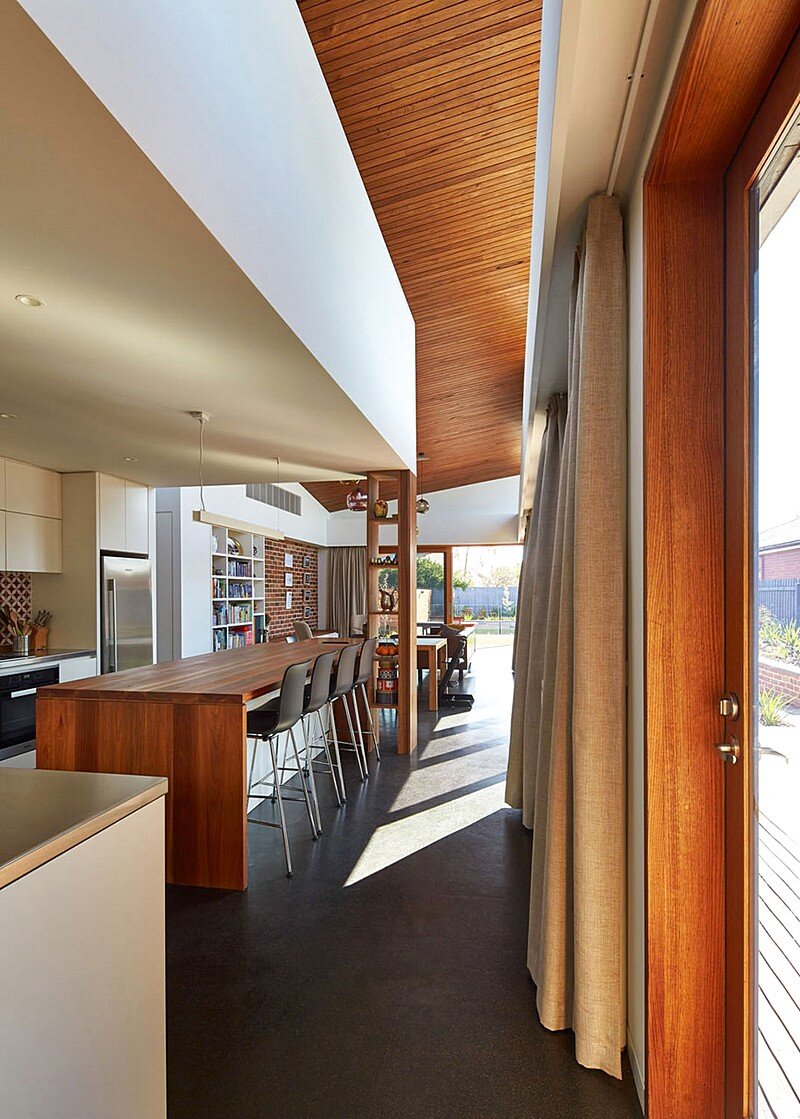 A new low roof links the old and new parts of the house while an adjacent courtyard separates it. This addressed heritage requirements, which dictated a clear distinction between old and new, and provides a transition between the private bedroom wing and the public living areas. The lounge area, sunken to compensate for the low roof and to enhance connection to the garden, was envisaged as a semi-private reflective space. The glass doors on either end of the hallway acoustically separate the room whilst visually connecting it to the kitchen for passive observation. The roof continues to the northern boundary creating a bike shed (the space not being quite wide enough for a carport) and enclosing the rear yard. 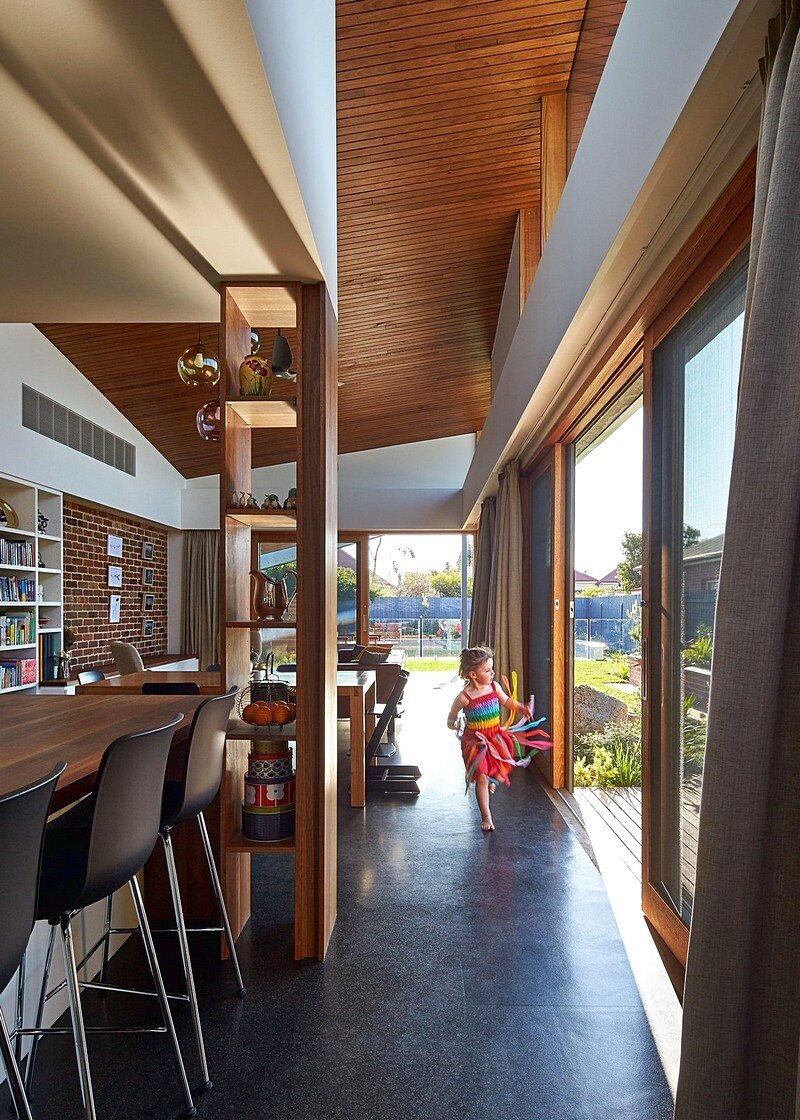 The new living areas are massed to the southern boundary maximizing solar access from the north. A dramatic roof envelopes the internal and external living spaces and tells a story of the site, sun and brief. It reaches up to the northeast allowing a mezzanine to nestle within the volume and large northern windows then slopes back down to the northwest where glazing is less desirable. It then reaches back up to the northwest garden and pool over the outdoor living areas. The eave tapers with the depth corresponding to the height of the clerestory windows below. The roof also slopes southward, wrapping down the southern wall and turning its back on the dilapidated concrete carpark and flats of the southern neighbour which was a key part of the brief. The clerestory louvers that capture southerly breezes are the only windows to puncture this wall, preventing views both to and from the neighbour. 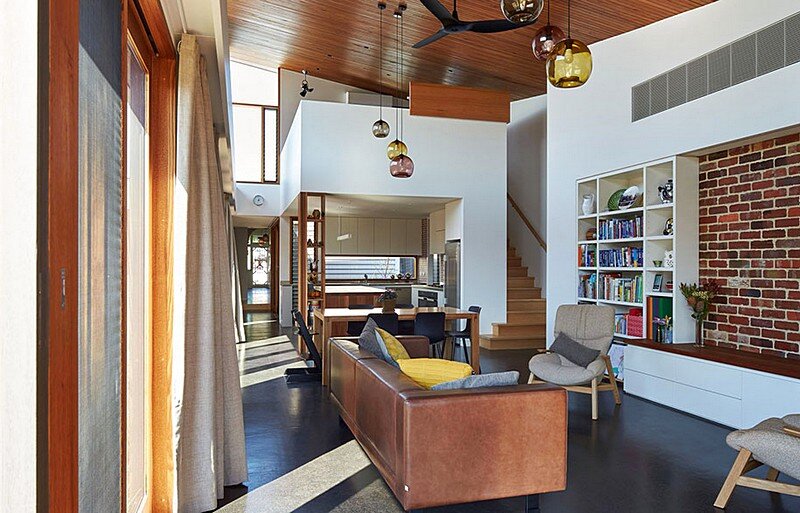 The timber ceiling extends seamlessly from inside to the outside eave and the sky beyond. External materials are brought inside through the recycled brick wall and the black cork flooring with subtle flecks, reminiscent of earth. The timber deck wraps around the north and west overlapping garden beds and lawn and in parts being disrupted by them. 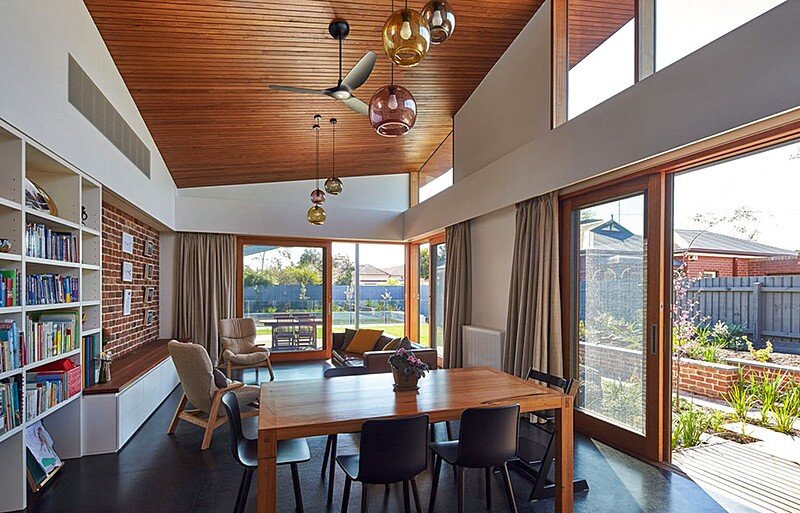 A house that was integrated into the garden was the cornerstone of the brief. It’s a house that encourages you to live outdoors. The first floor eastern balcony will one day be a tree house sanctuary nestled within the branches of the courtyard tree. The summer meals area, surrounded by its “forest”, will be a shady oasis in the summer months, and the large covered deck area will provide the backdrop for birthday parties and family Christmases while children do bombs in the pool. 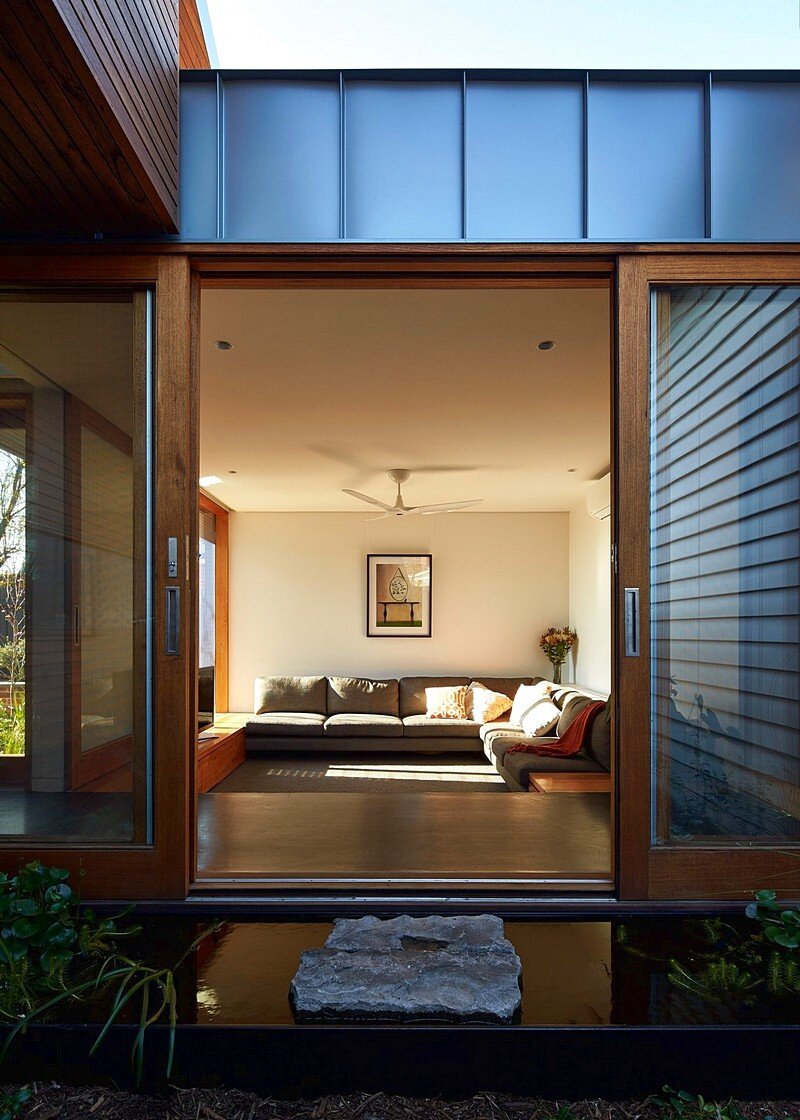 Most importantly, it’s a house designed to enjoy the outdoors while indoors through natural light, ventilation and connections to garden and sky. As you walk through the house, the deciduous trees and vines used for summer shading also provide anticipation of the seasons as their colour and foliage change. Reclining in the living room watching the light through the red leaves of the ornamental grape vine on the wire trellis in autumn, sitting at the dining table appreciating the colour in the native bushes in winter when the leaves on the exotic trees have long gone, washing the dishes looking out at the courtyard tree as it blooms in spring and flopping on the wrap-around couches in the sunken lounge on a hot summers day whilst enjoying the cool breeze coming from the pond and shady microclimate of the courtyard are just some of the moments that will delight the family for many years to come. 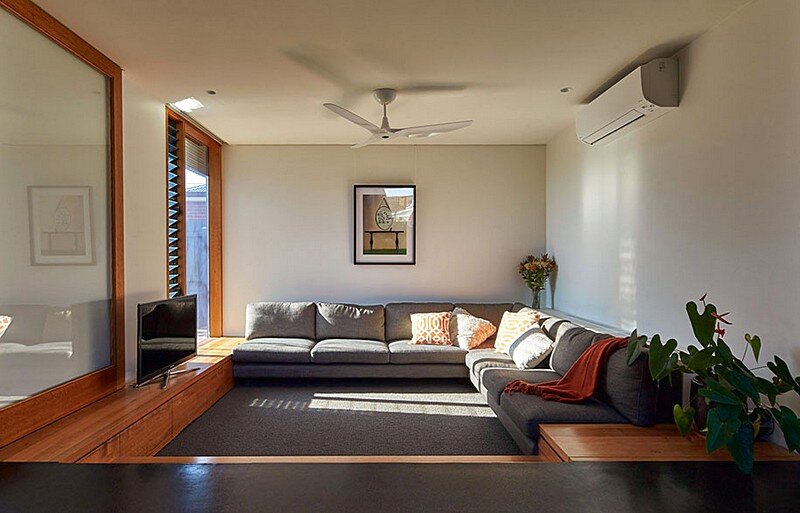 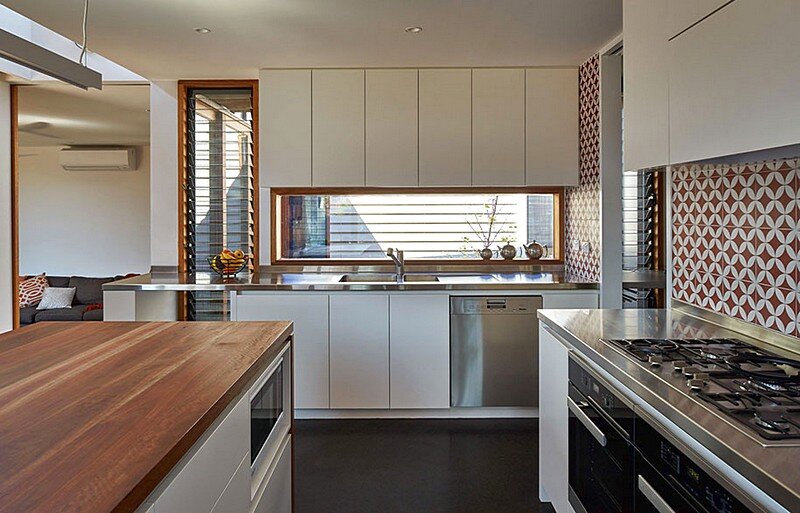 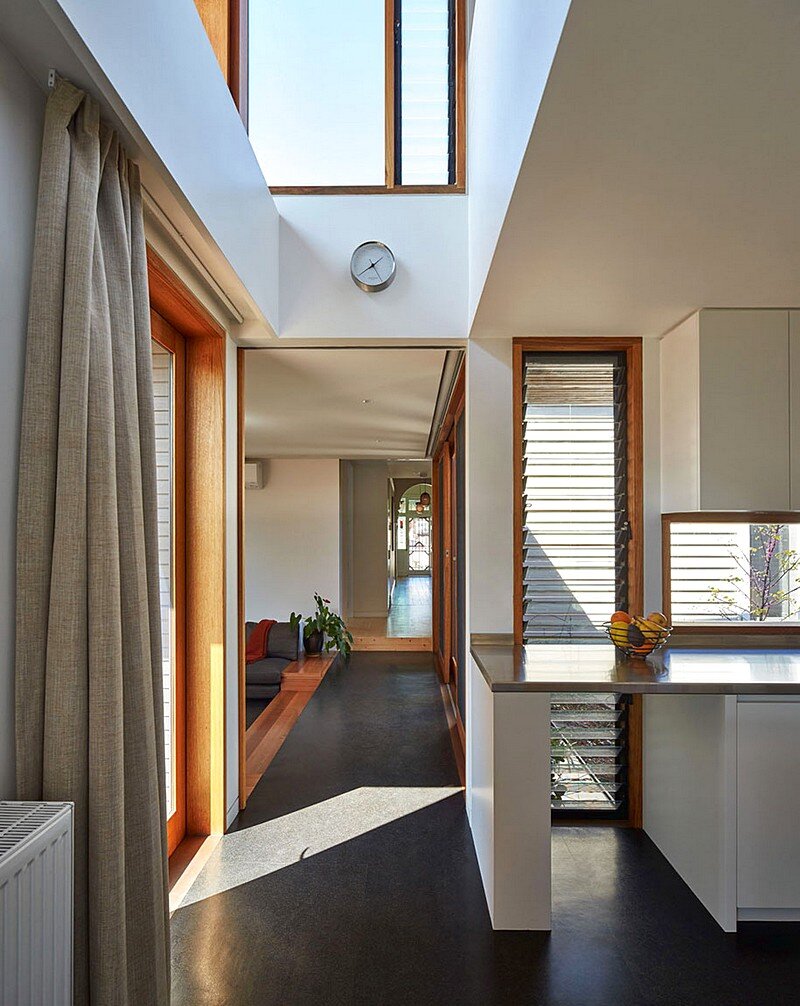 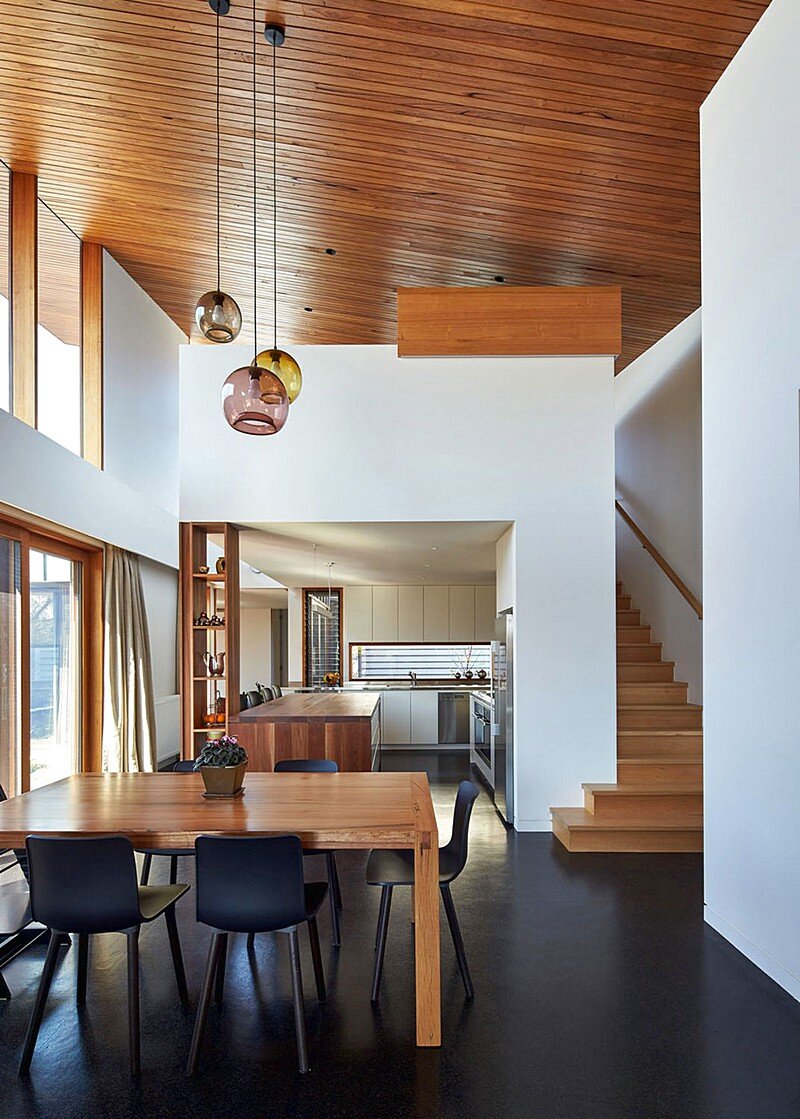 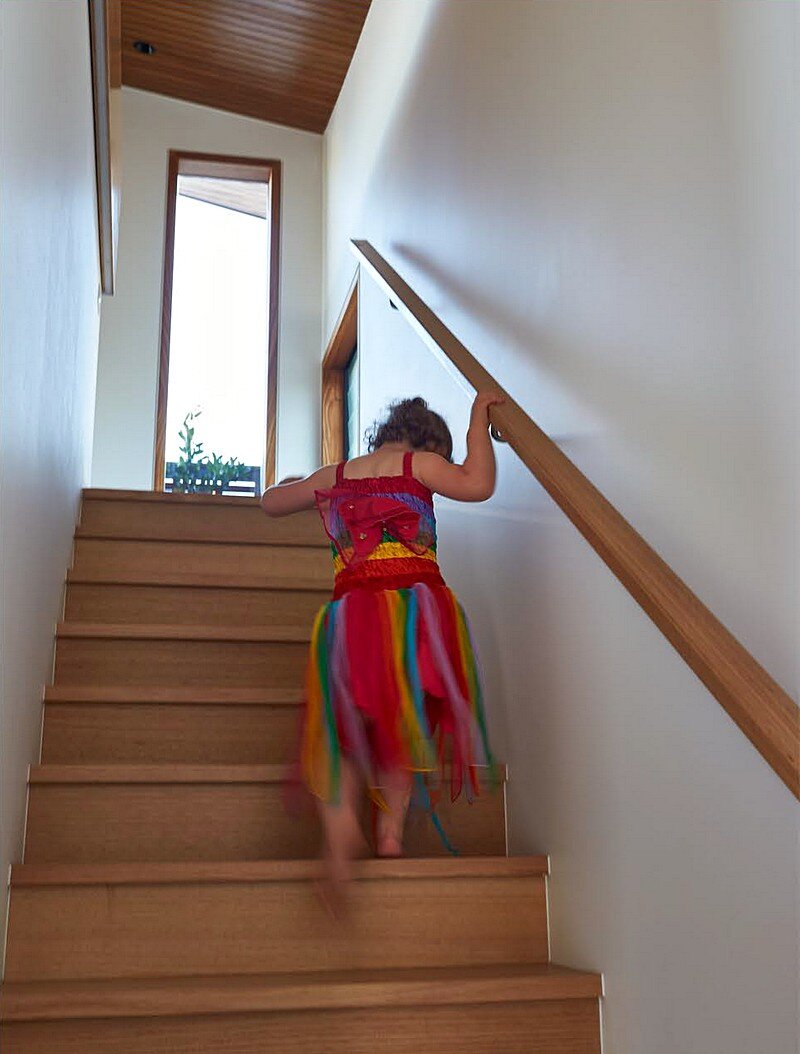 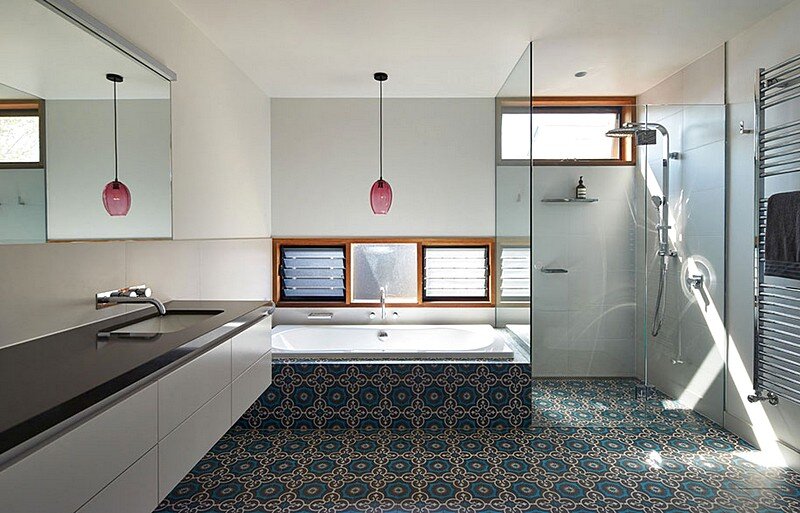 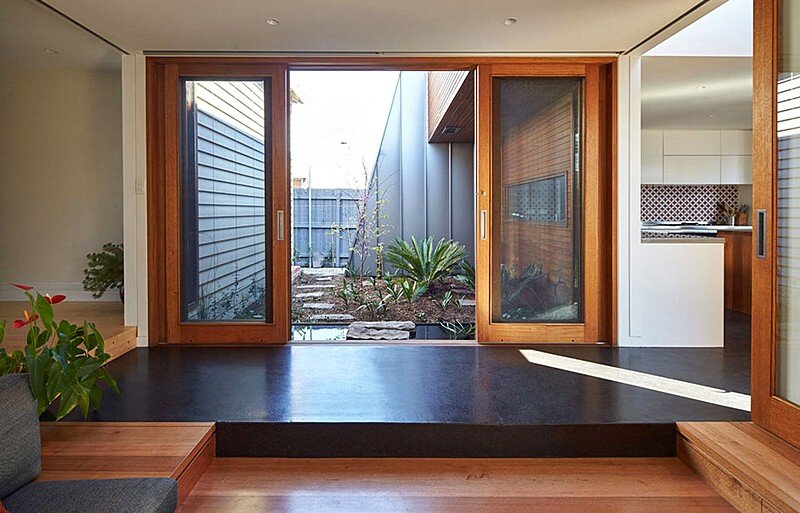 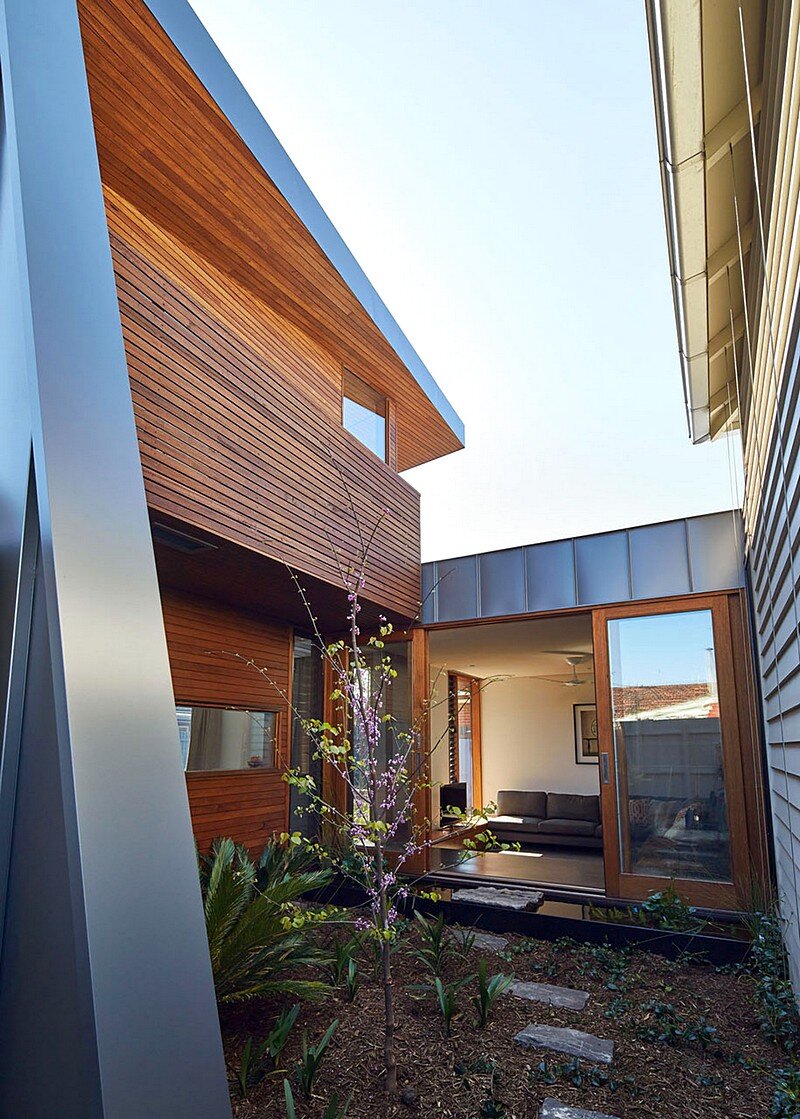 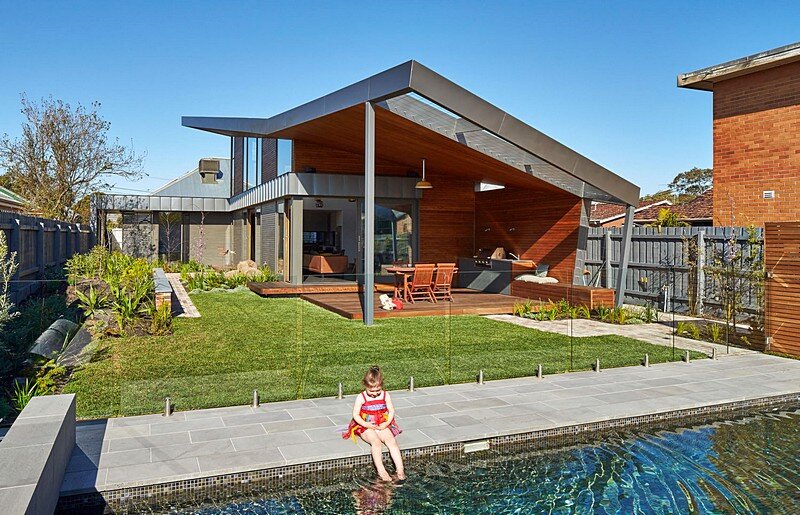 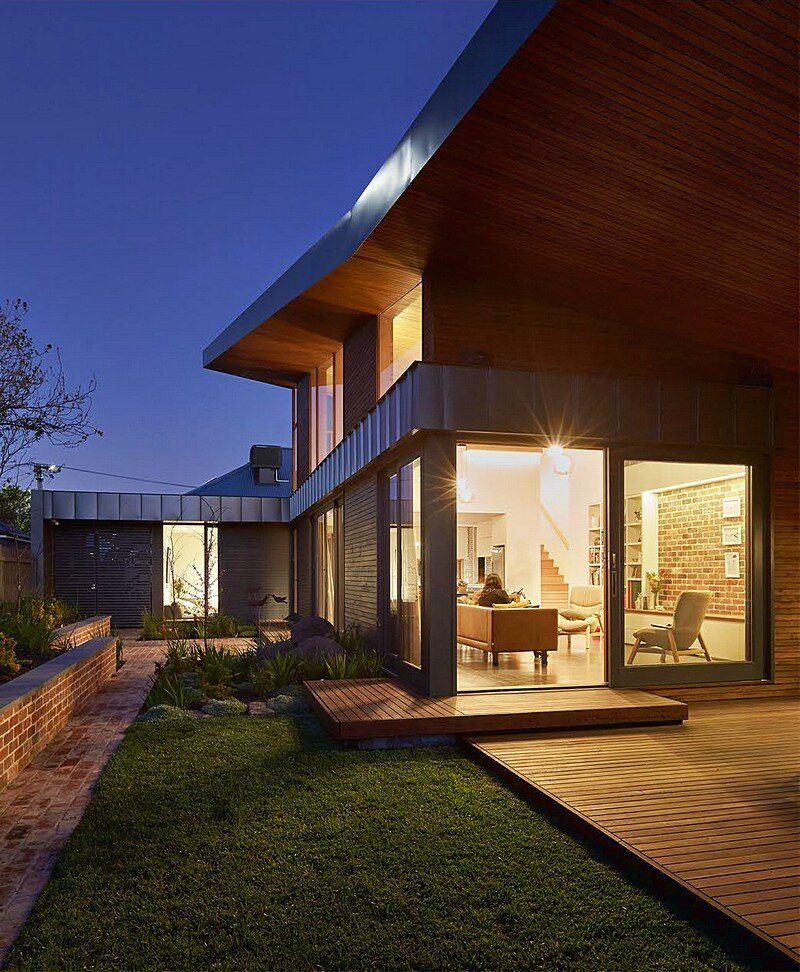 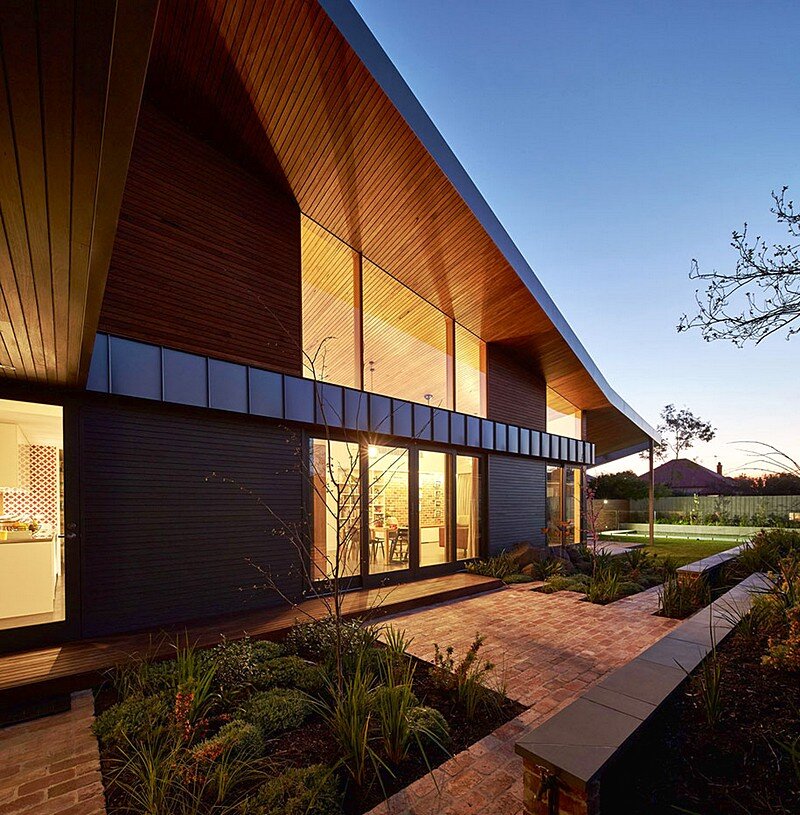 Pleats House in the Foothills of the Phoenix Mountain Preserve

Pleats House is a new 1850 SF, 3 sided courtyard home in the foothills of the Phoenix Mountain Preserve. The foundation of the original house was reused and the space was redesigned to fit the bedrooms ...
Read more

Kingswood Loft was designed by New Zealand studio Max Capocaccia Architecture for a young family with children. The original building on the site was...
Read more

The Pure Spa is an Oasis of Tranquility and Relaxation

Located on the edge of Shevlin Park in Central Oregon, this 2,700 square foot residence was built as a modern weekend house from the urban bustle of Seattle and an eventual forever home for the owners.
Read more

One Restaurant Bar and Lounge by Audax Architecture

Audax completed the refresh of celebrity chef Mark McEwan's ONE Restaurant Bar and Lounge located inside Yorkville's Hazelton Hotel, and features new custom furniture pieces designed by Audax. "Audax has created the new mood at ONE that will endure over the next 10 years. The lounge’s new chic and sophisticated style makes our guests feel at home.
Read more

Located in one of Seattle’s most established residential areas, City Cabin’s design answers the client’s desire for a private urban retreat that would connect her to nature. Siting the 2,400-square-foot house on the northwest corner of the lot maximizes garden areas on the south and east sides.
Read more
© All rights reserved. HomeWorldDesign 2013-2020. All images are © each office/photographer mentioned.