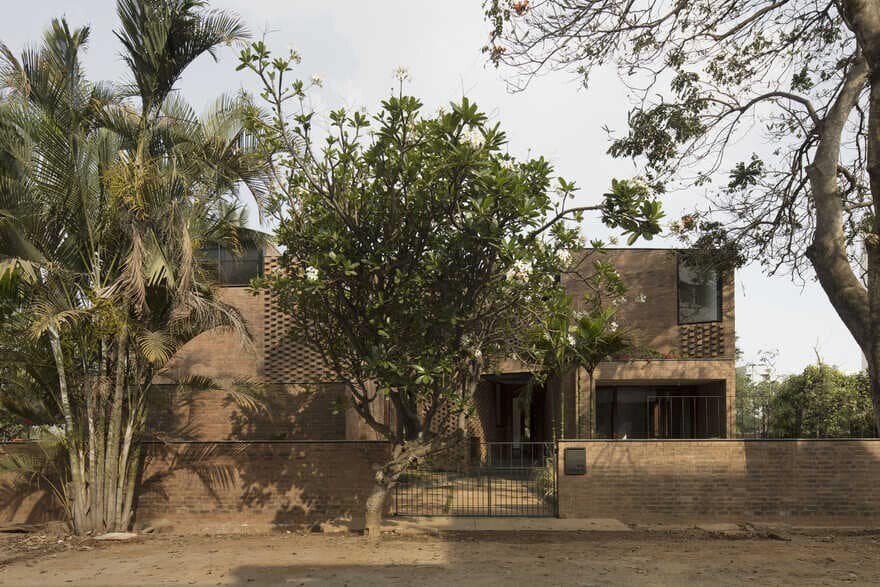 Located in a major tech suburb of Bangalore, that until 15 years ago was open farmland, this project strives to create a quiet retreat for a young family of five in an otherwise densely populated and unplanned community. 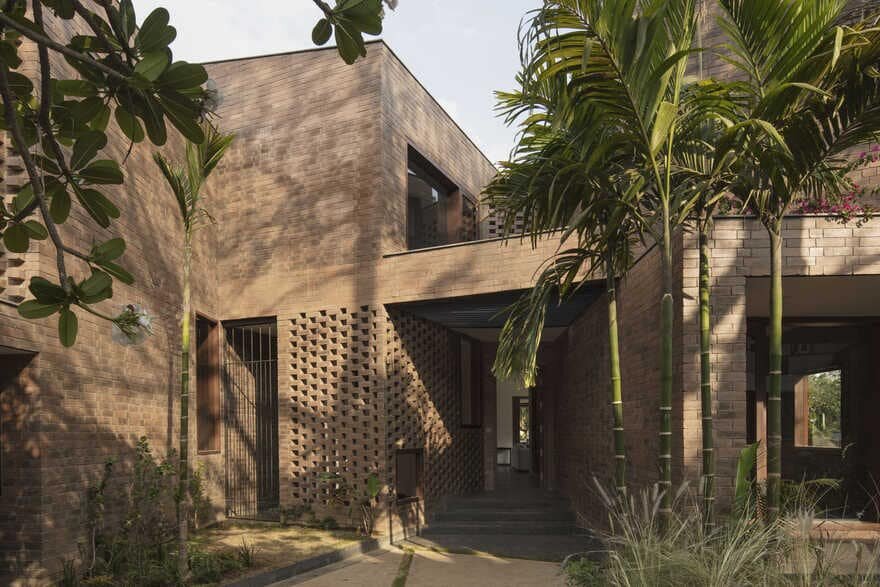 Constructed on the foundation of a small brick house that the family had outgrown, the new design builds off of the existing palette and angled plinth to create a personal narrative of open and interconnected spaces that challenge the standard assumptions of load-bearing brick construction. 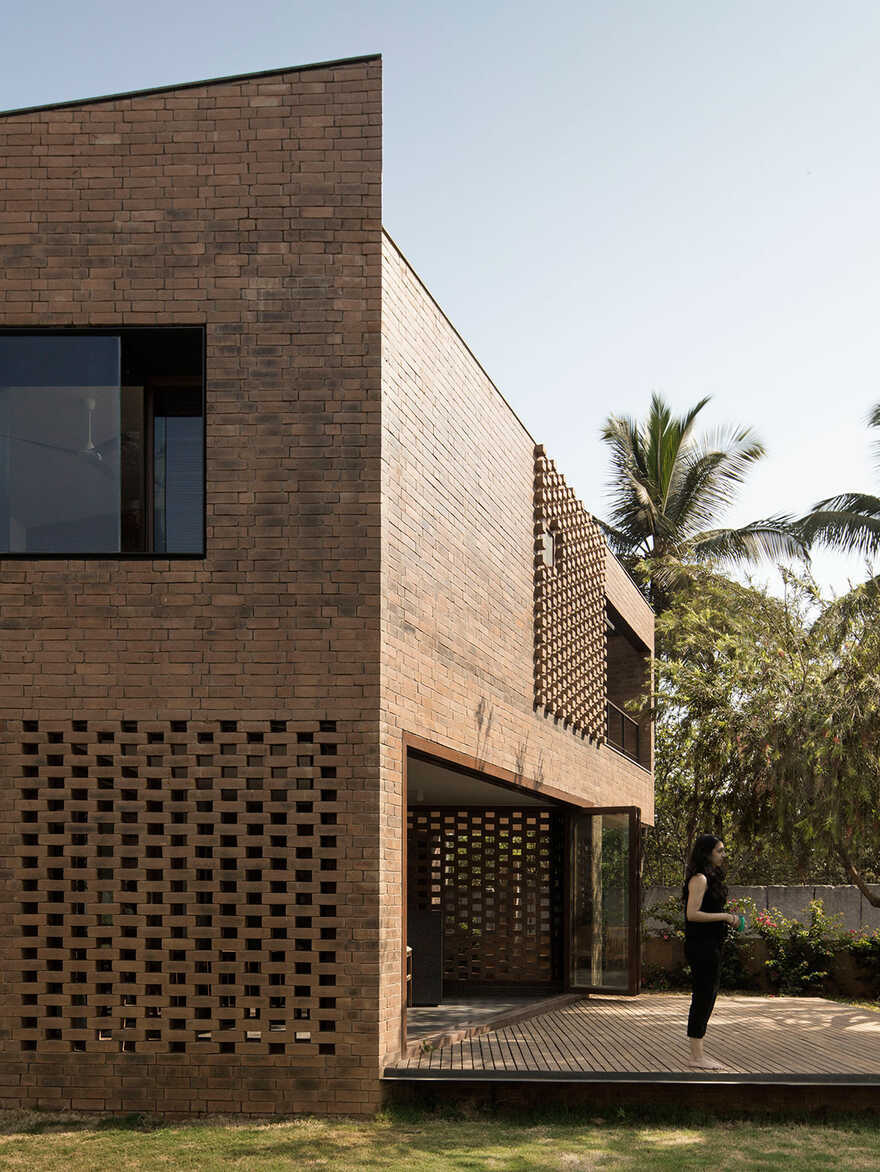 Using hand-moulded table bricks with natural variations, this Bangalore Brick House celebrates the imperfection of the material and the manner in which it is laid. The tension between traditional building methods and contemporary geometries is softened by the introduction of porous jaali screens and the contrasting shadow patterns of partial brick projections. 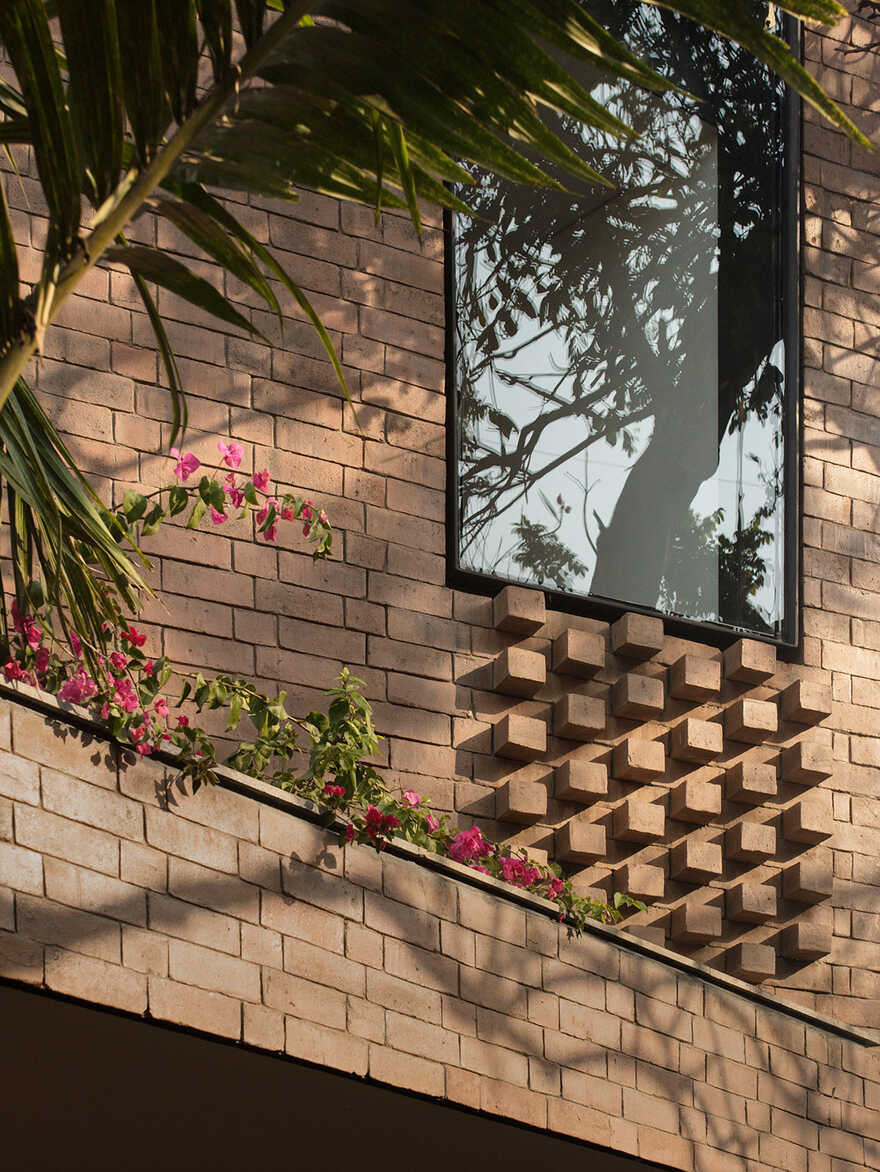 A small triangular courtyard at the centre of the home is formed as a reminder of the original foundation and history of the site, creating complete porosity between inside and out and a visual connection between public and private spaces. 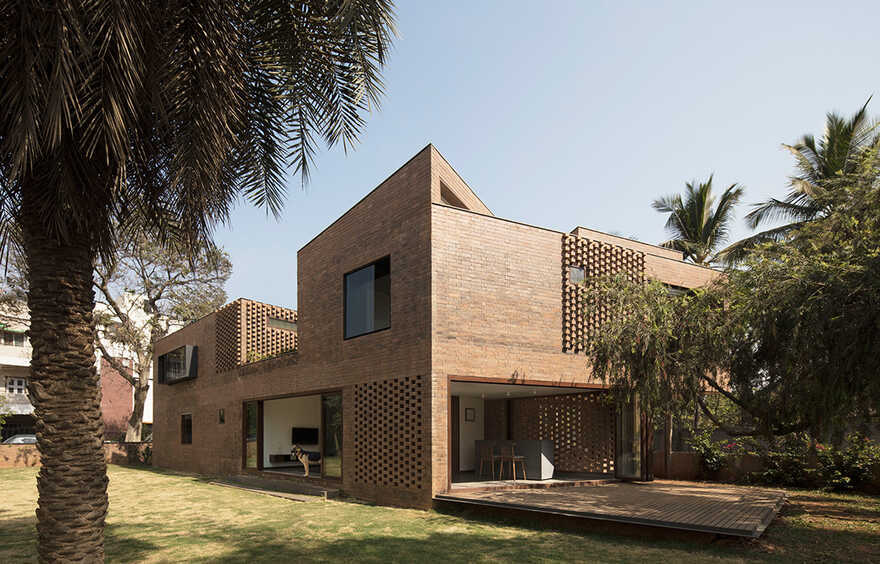 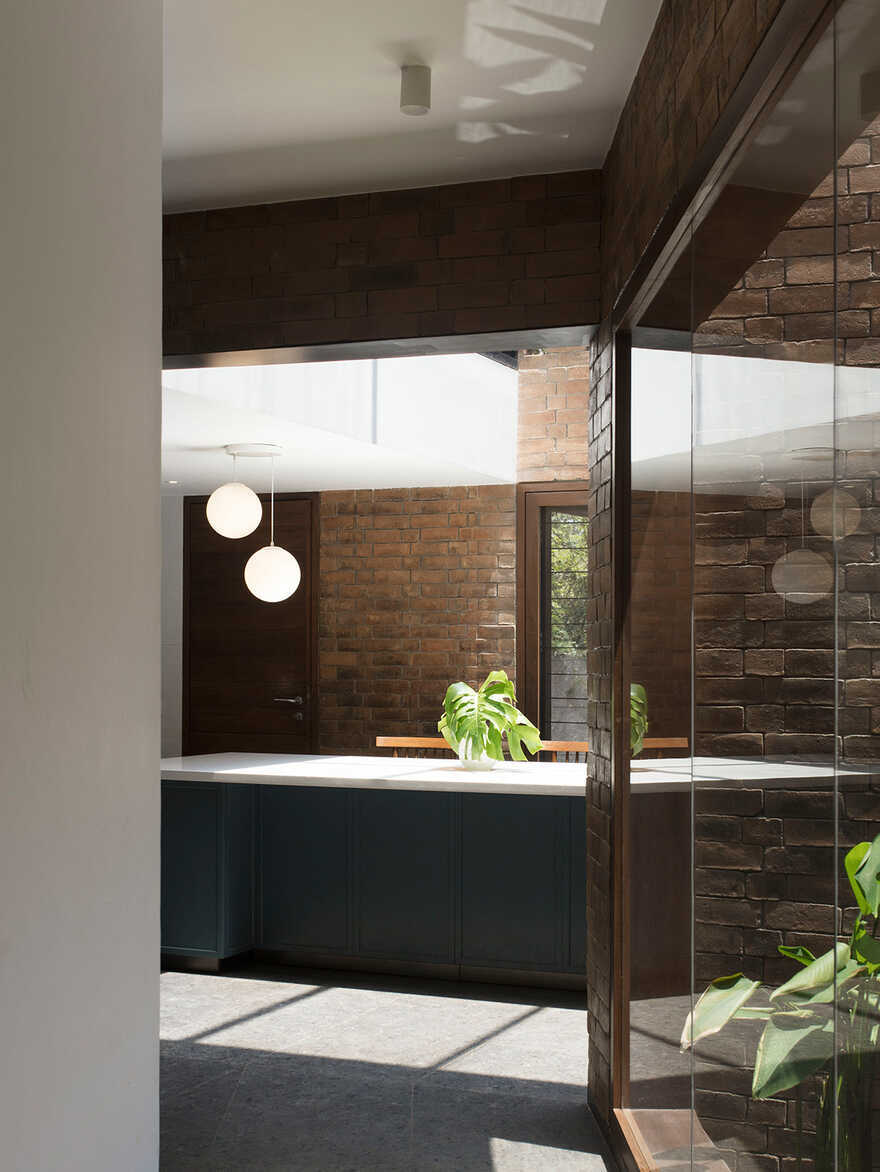 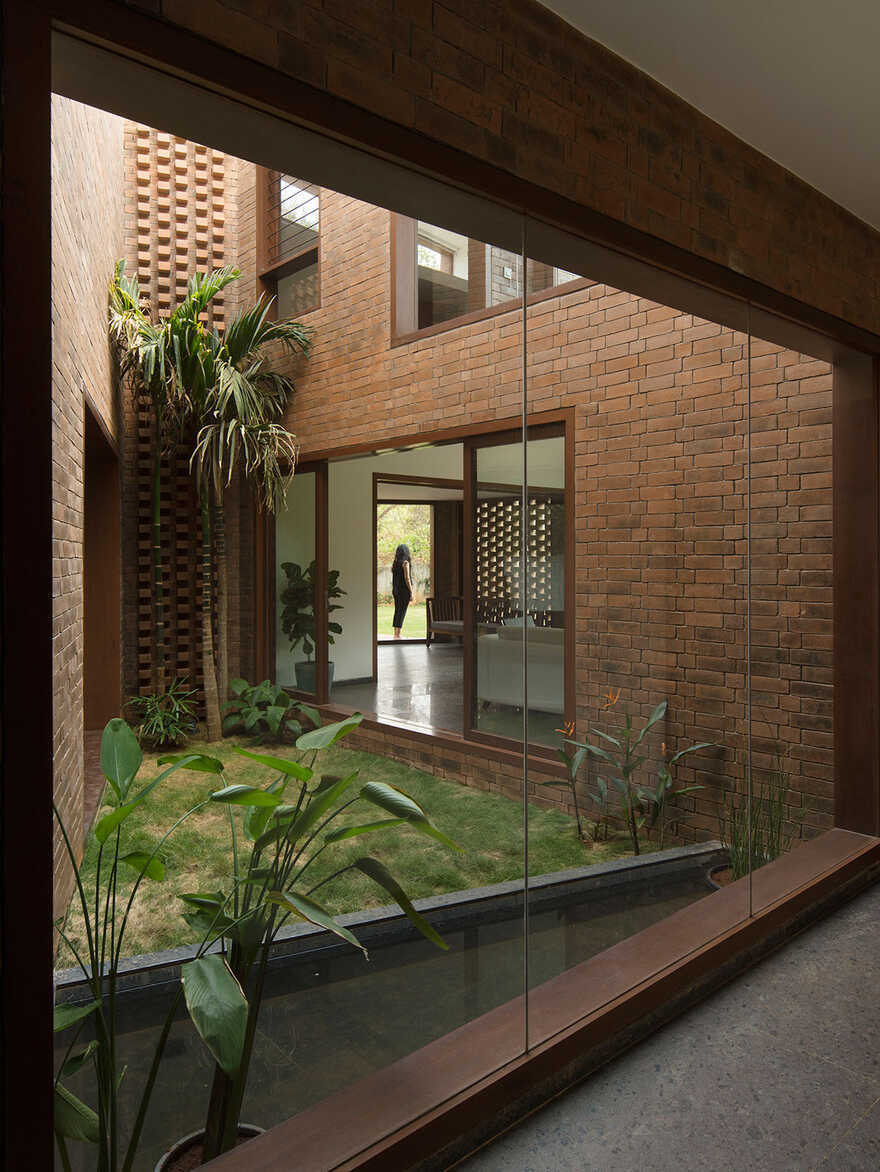 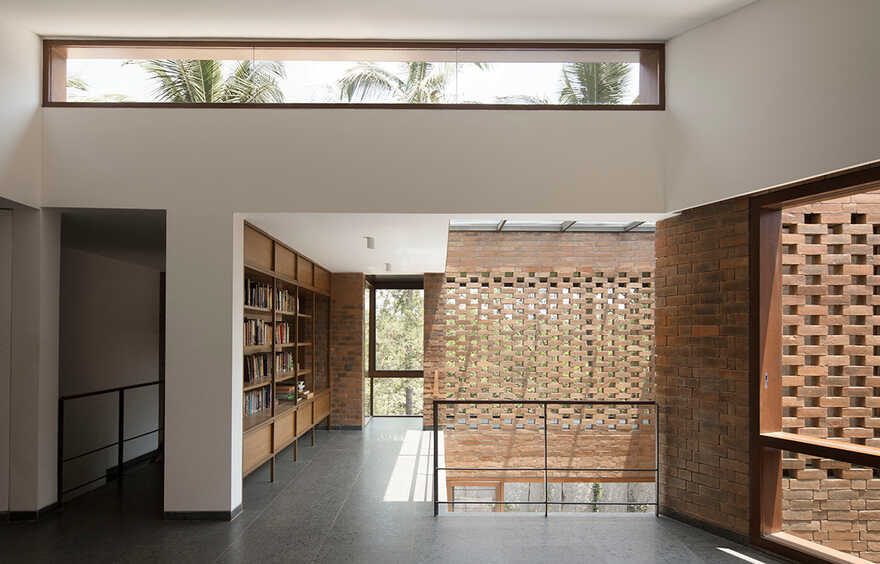 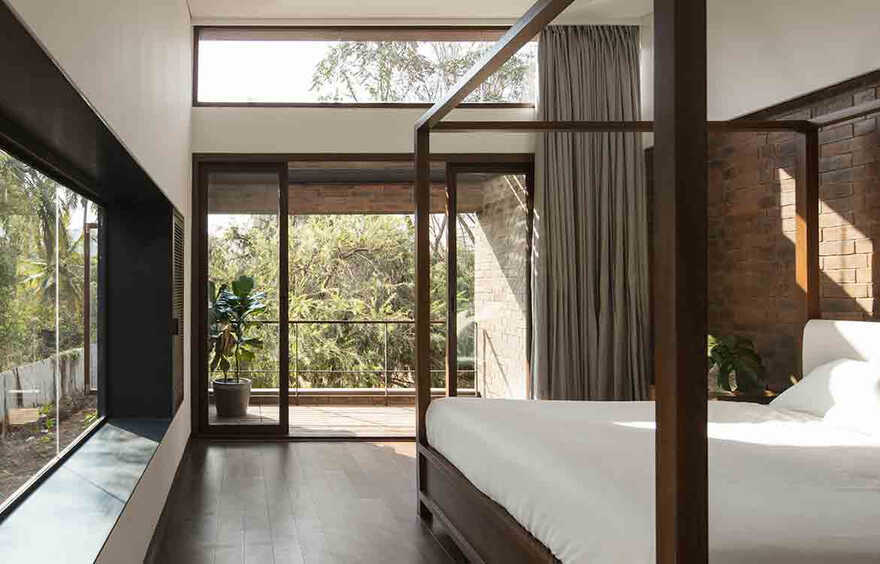 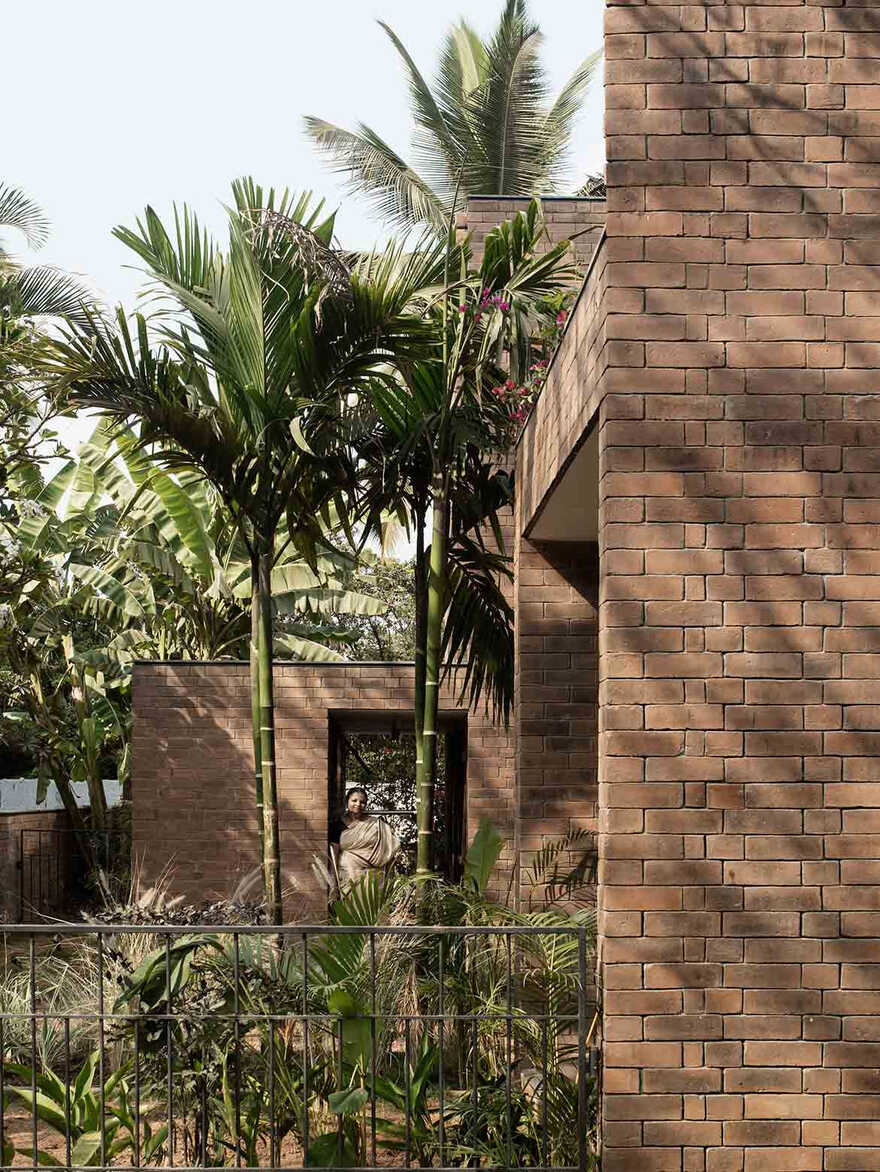 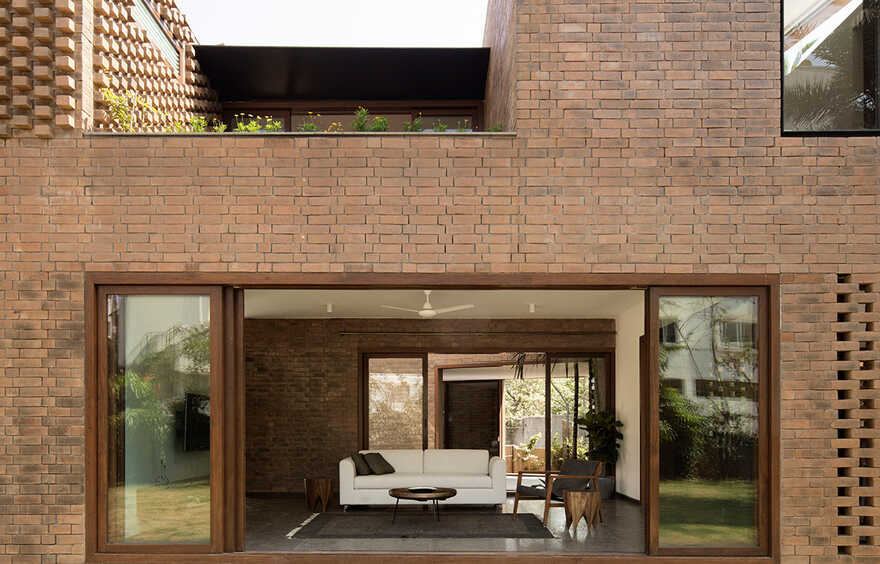 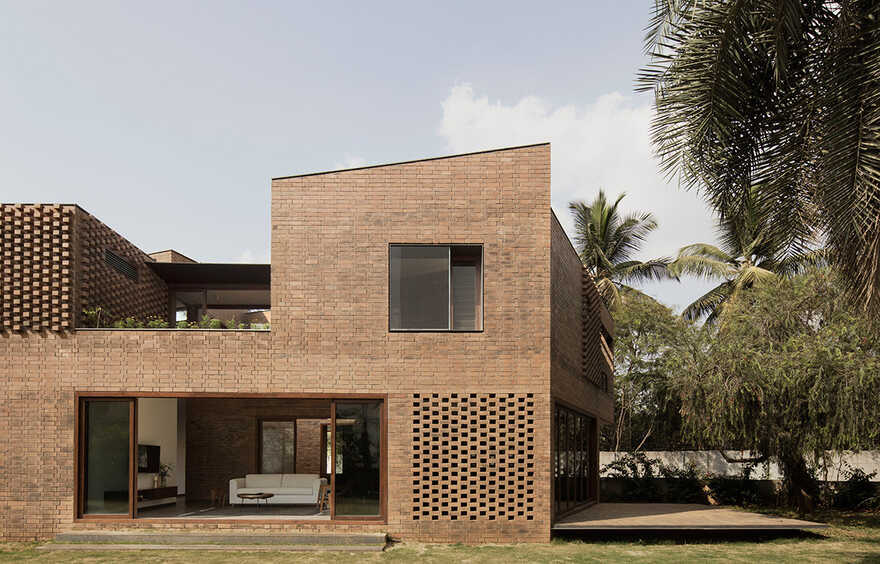