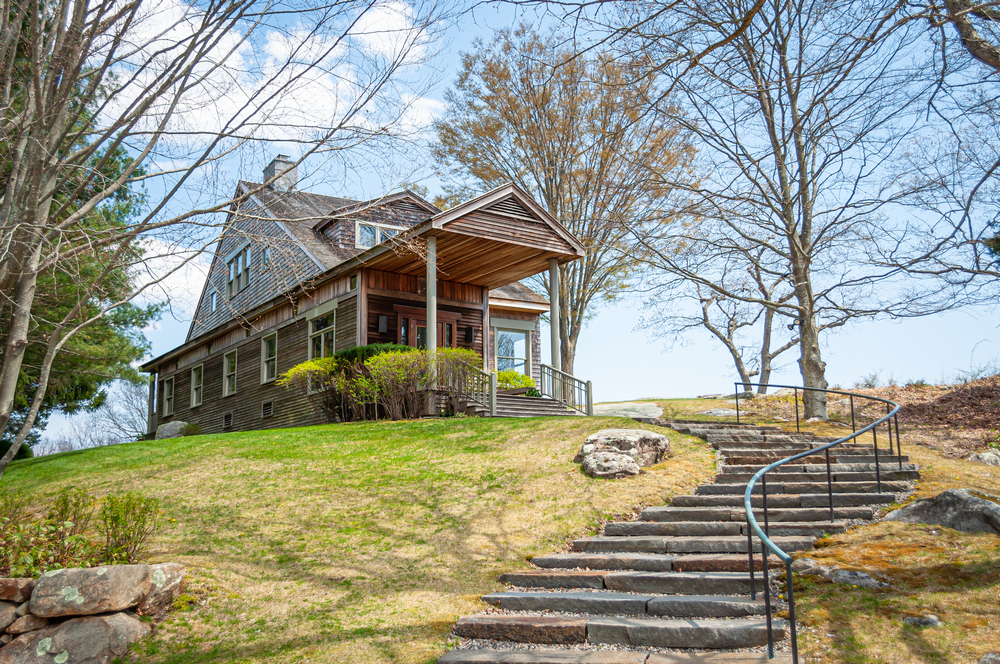 Hilltop Cottage was built on a bluff above the Connecticut River, in Lyme, Connecticut, as a weekend retreat for a large, hospitable, cultured family. Architectural refinement and aesthetic integrity were paramount to the clients, and design meetings were lengthy and all-encompassing. The architect’s job was even more challenging than usual: to accommodate the space needs of an extended group of detail oriented and design savvy clients; synthesize their highly refined spatial acumen; and deliver a comfortable yet polished house of uncompromising style. 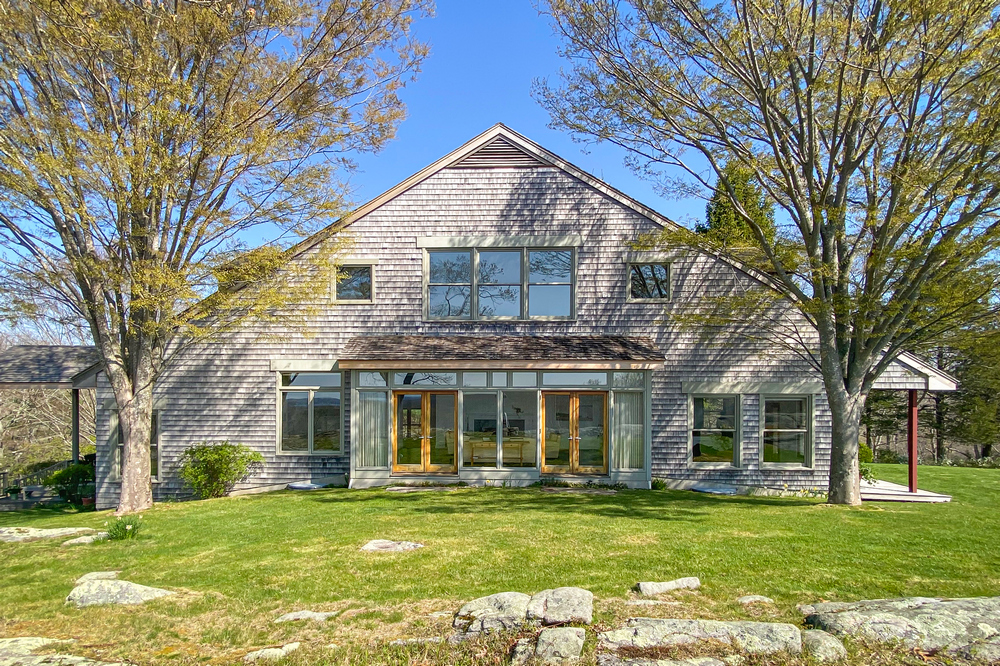 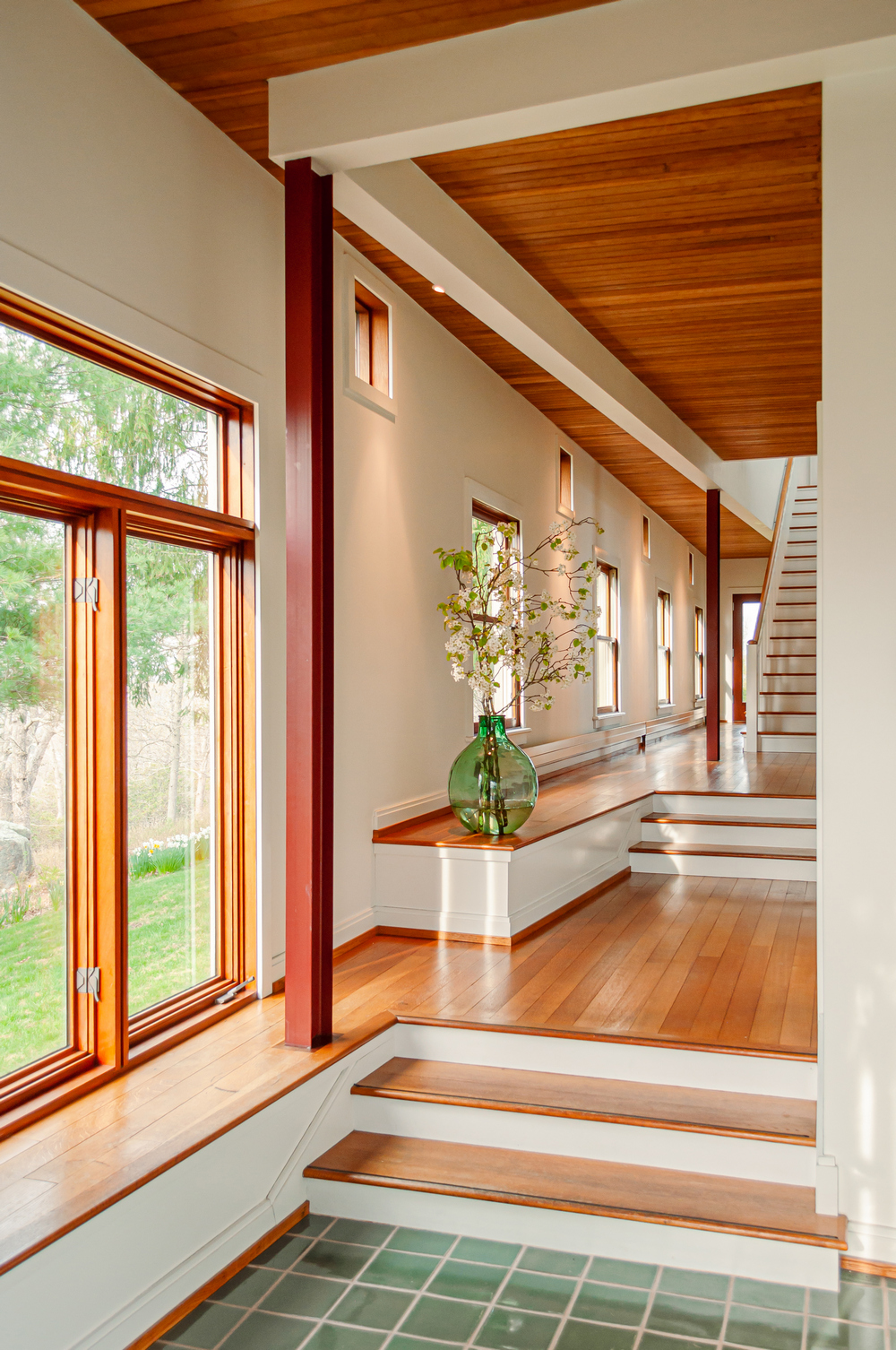 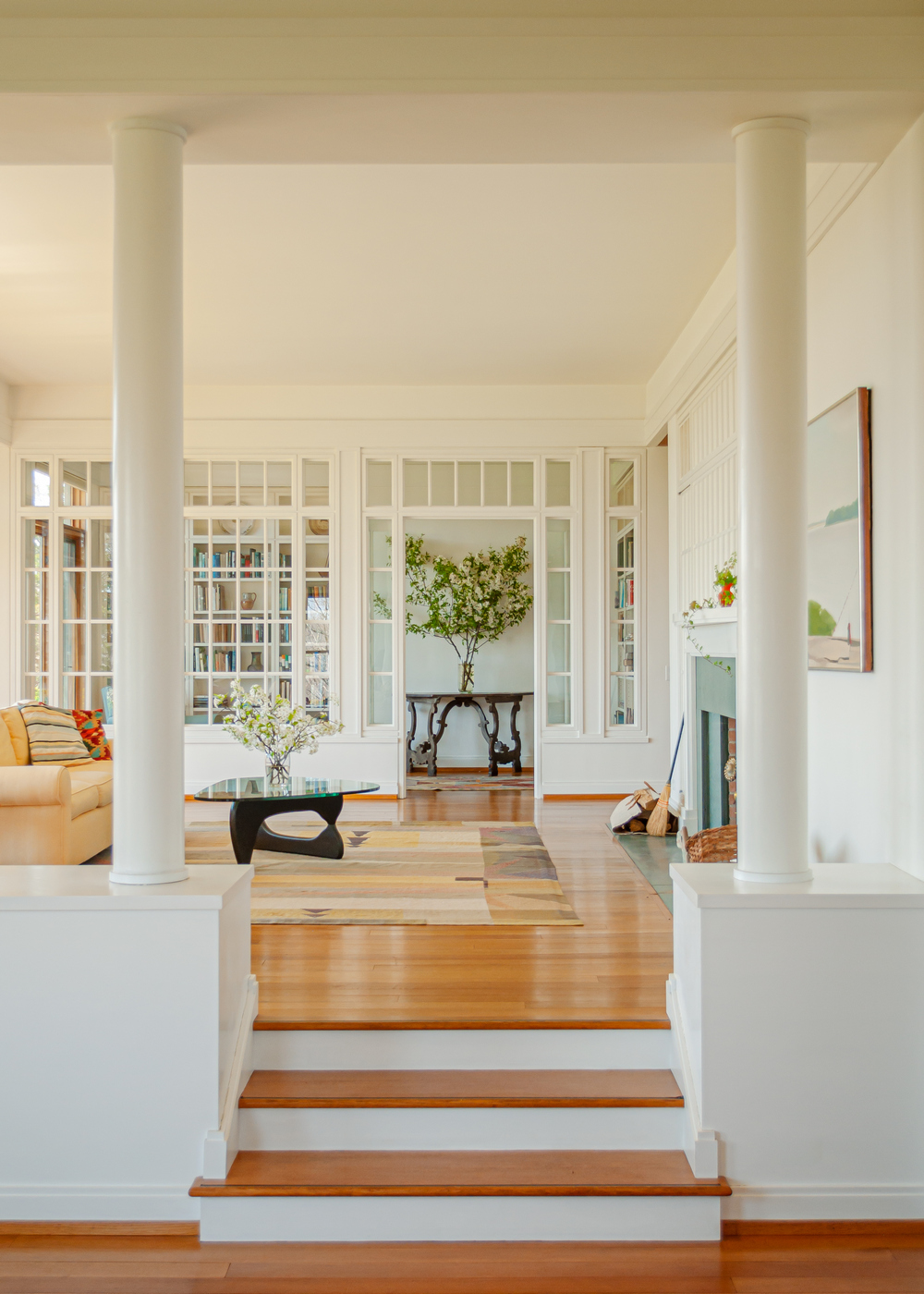 In terms of siting, the house follows the axis of the ridge that runs alongside it. Because views were important to the clients, the main floor was set 30 inches below the peak of the granite ridge, affording the house some protection while maximizing its expansive views of the river and Long Island Sound to the south. The Hilltop Cottage is approached by a gracefully curving stone stair of Connecticut granite, which leads to the front door and angled entry hall beyond. The contemporary layout of the main corridor, a central organizing feature for the lower floor, runs almost the length of the house—following the line of a deer path that existed on the property. “The shifting geometry of the north hall creates an interplay of light and dimensionality,” notes Buttrick, “giving the house a distinctive contemporary appearance. It also separates the house from its historic references.” 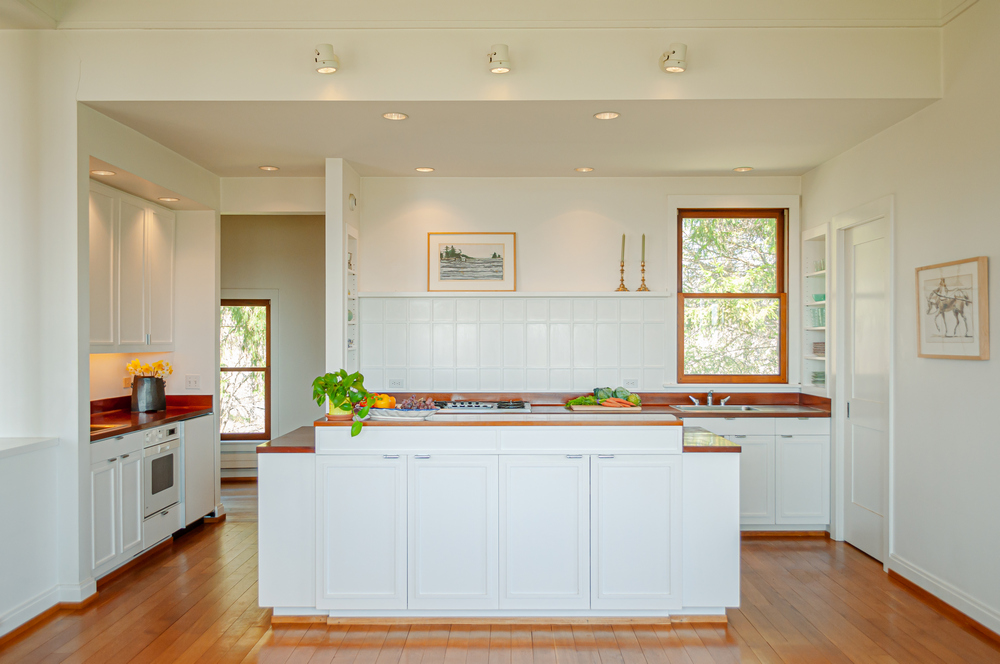 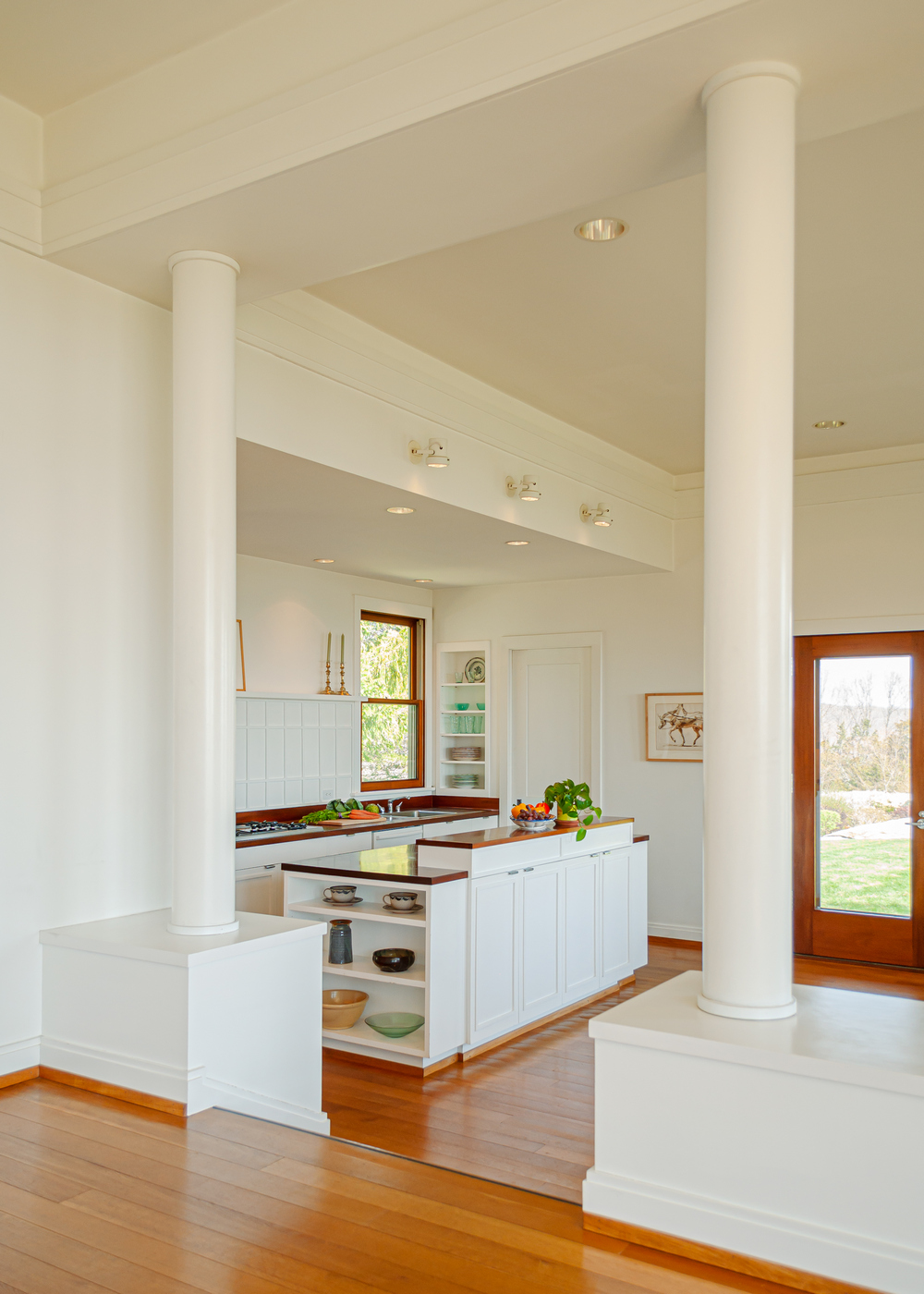 The 3,120-square-foot main house, which is based on three 24-foot-square modules, elegantly accommodates two upstairs bedrooms and a guest room on the main floor, as well as an expansive living/dining area with French doors opening to the lawn along the south-facing facade. The open kitchen is at one end of the space; a glass-walled study at the other. Daylight fills the open living area from end to end, maximizing the sight lines and underpinning the flow between the unified spaces. Wood is used strategically throughout, with the kitchen set off by mahogany countertops and local red oak used for the ceiling of the entry hall as well as for the floors. The 600-square-foot guest cottage, sited just down the hill, has two bedrooms upstairs and an open living/dining room on the ground floor, with a neatly appointed kitchen tucked under the stair. 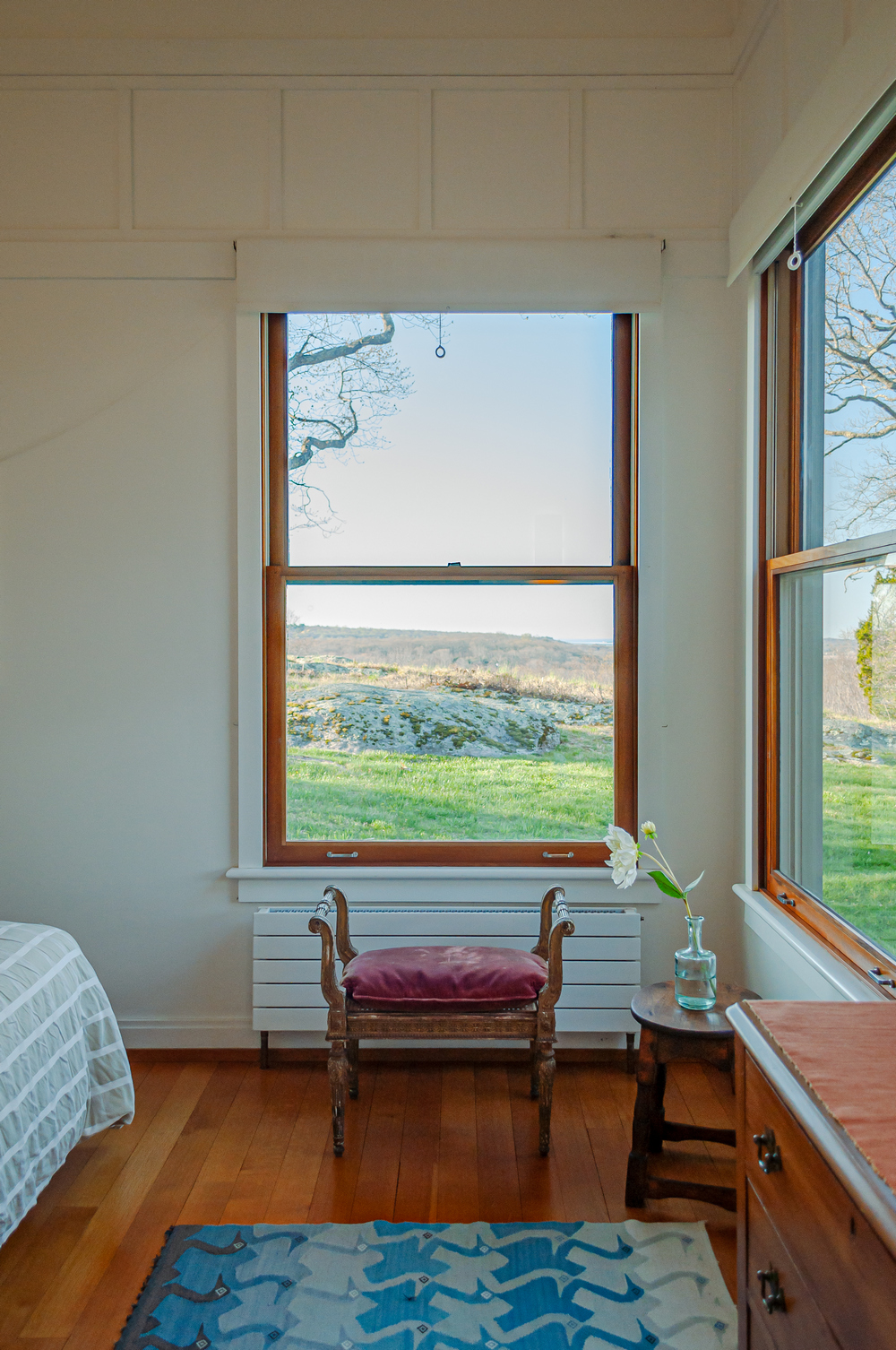 Set in a forest of New England cedars, oaks, and maples on twelve elevated acres, the Hilltop Cottage has a gracious and generous aspect, and the project succeeds in uniting the property and the structures to form a handsome, cohesive whole. With its meticulously considered and detailed design, the house and guest house combine geography with historic and contemporary architectural influences to achieve a cohesive and deeply welcoming family home—satisfying the domestic, social, and stylistic needs of even the most demanding clients. 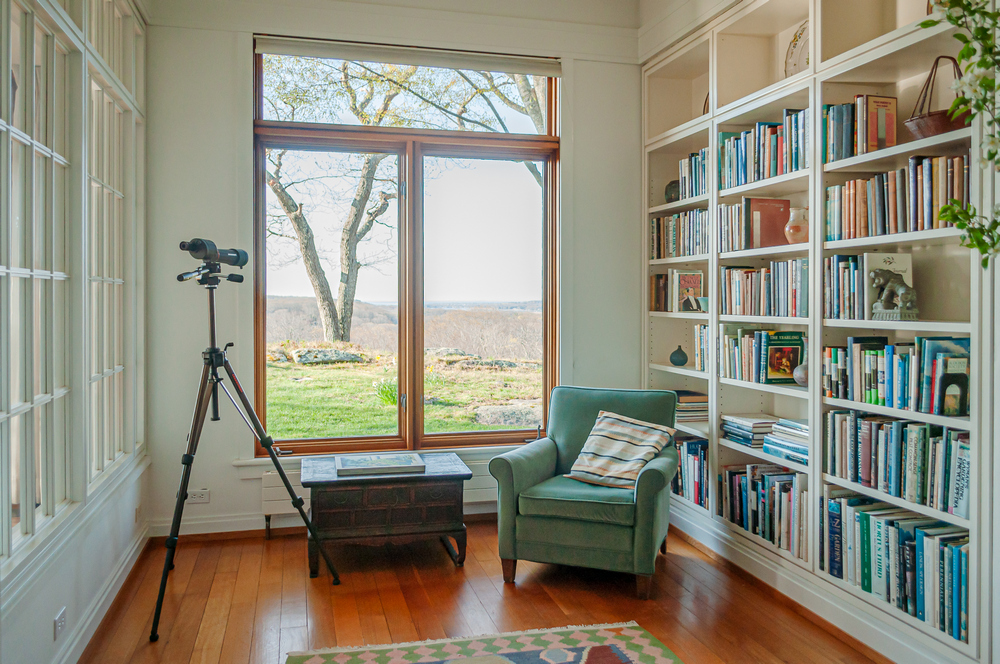 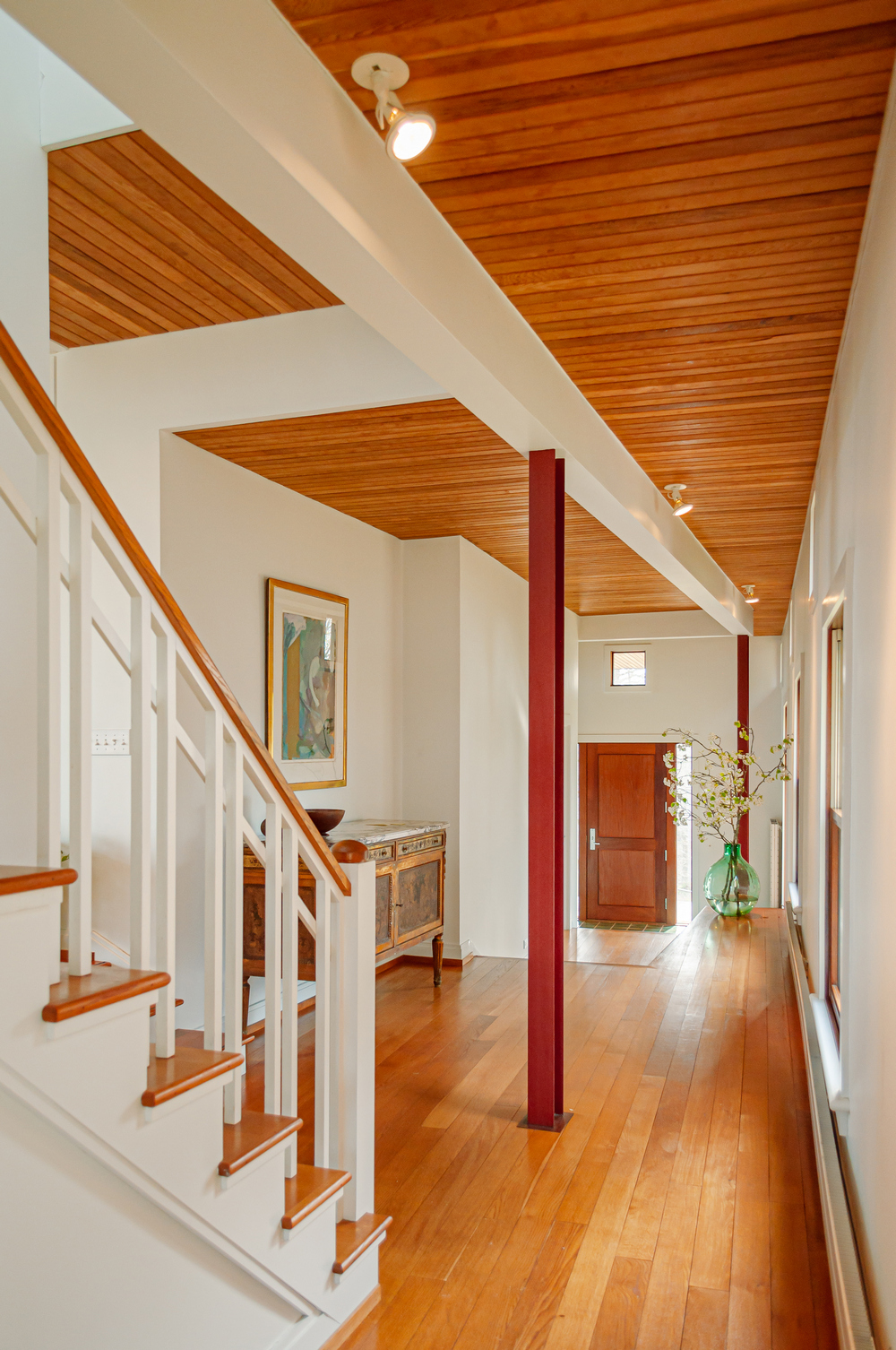 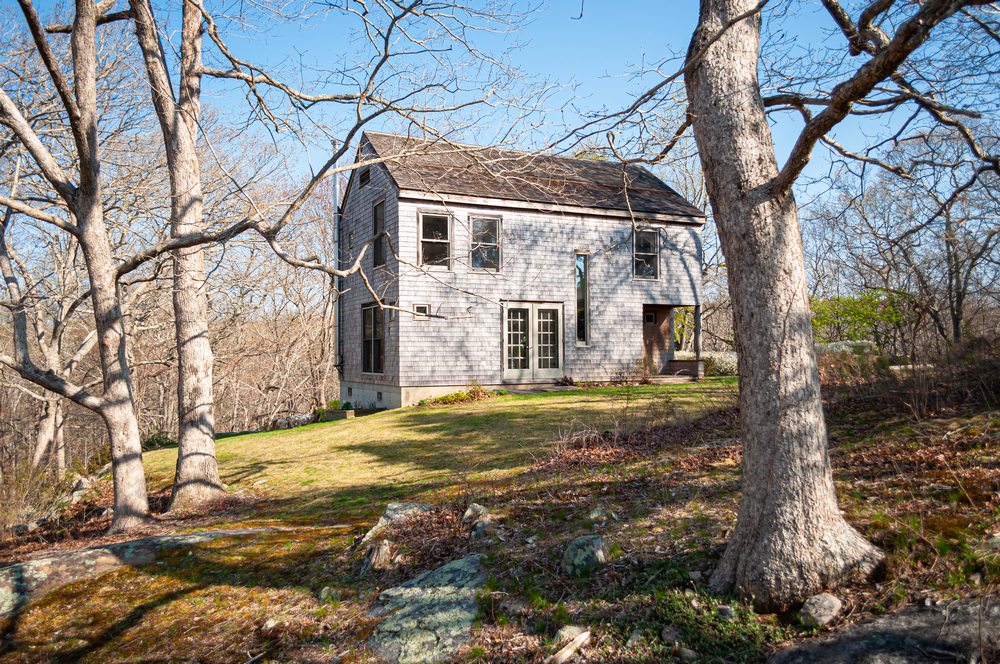 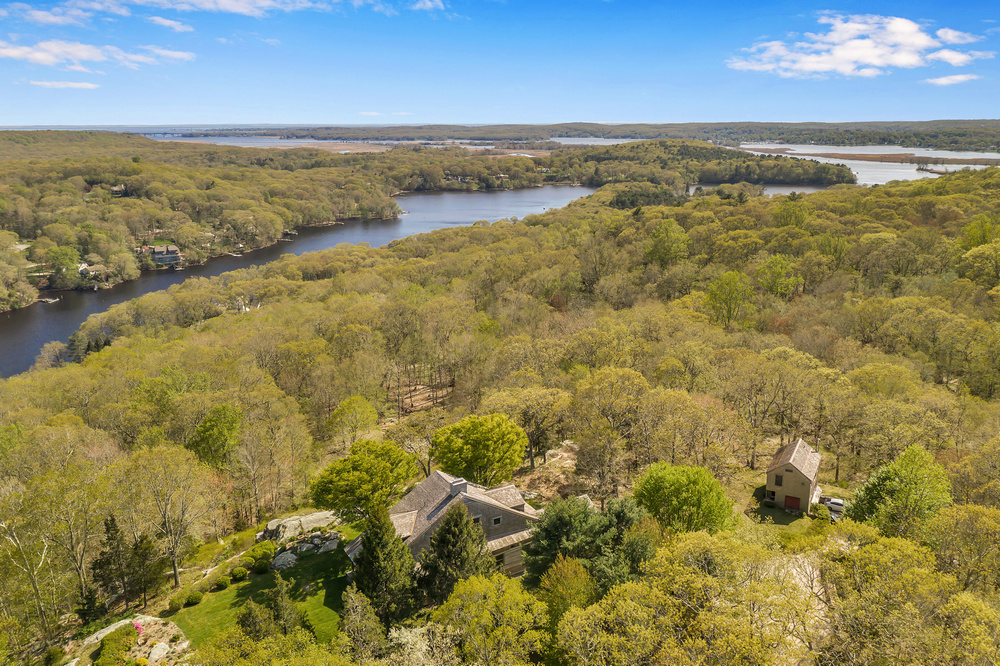 offSET Shed House: Small Beach House with a Large Opening to the Sea