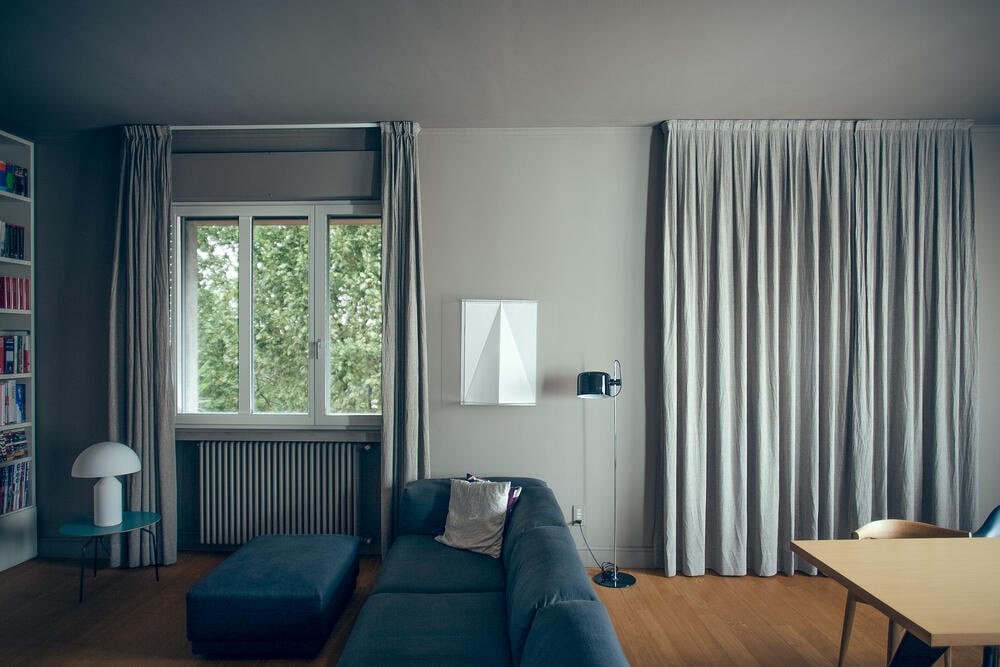 House #01 is my first interior design project, the restructuring of an apartment of around 90 sq.m. inside a building from the 1950s in Vigevano and just a short distance from the Ducal Square. With this project apart from being the projectionist, with my wife, we are also the clients. 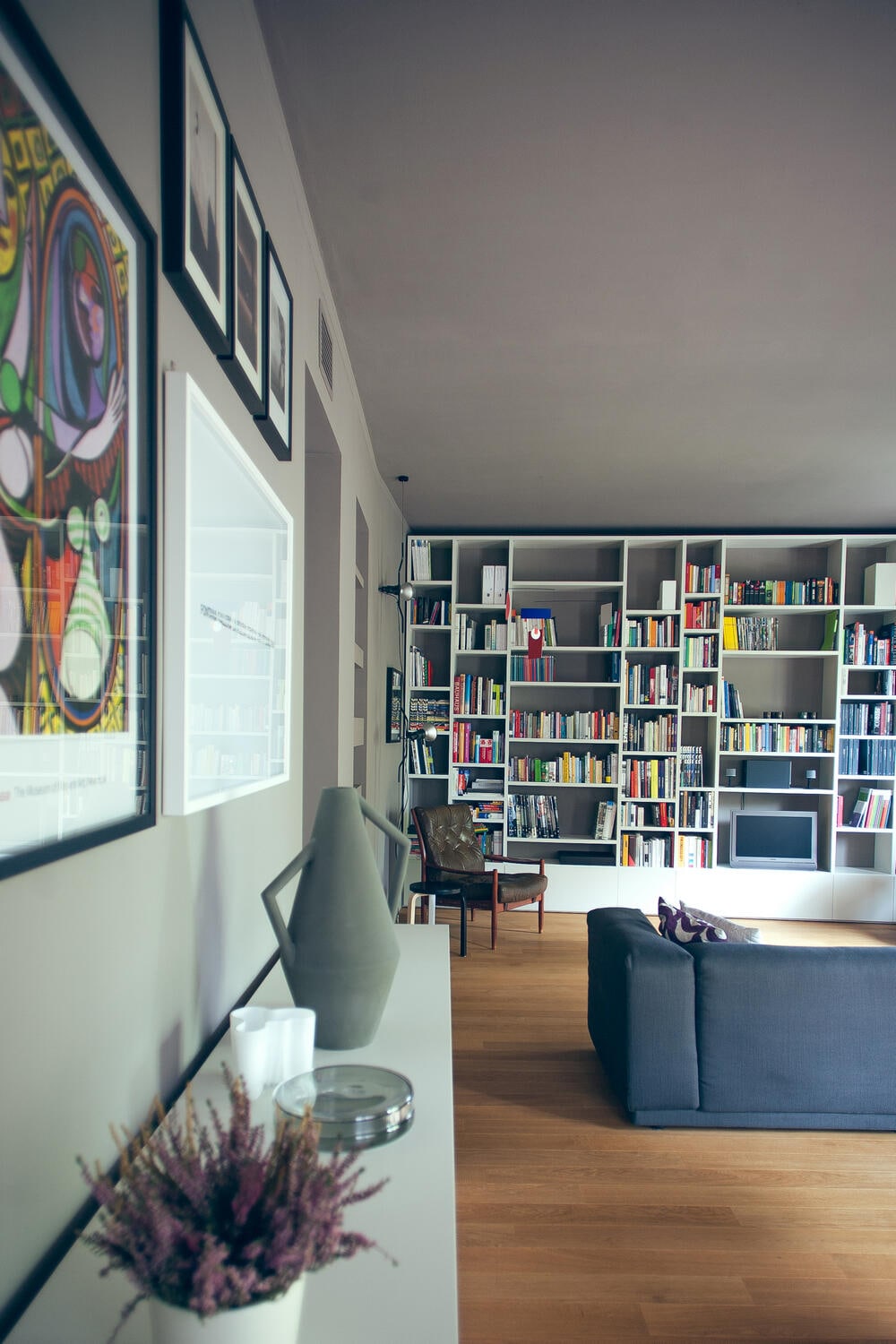 Beginning almost as a small joke, the project took on a life of its own moving forward 90 sq.m. where I have tried to bring together different cultures, love for the design by Fronzoni and Prouvè on one side and on the other side the Finnish culture of my wife, a lover of Nordic design. 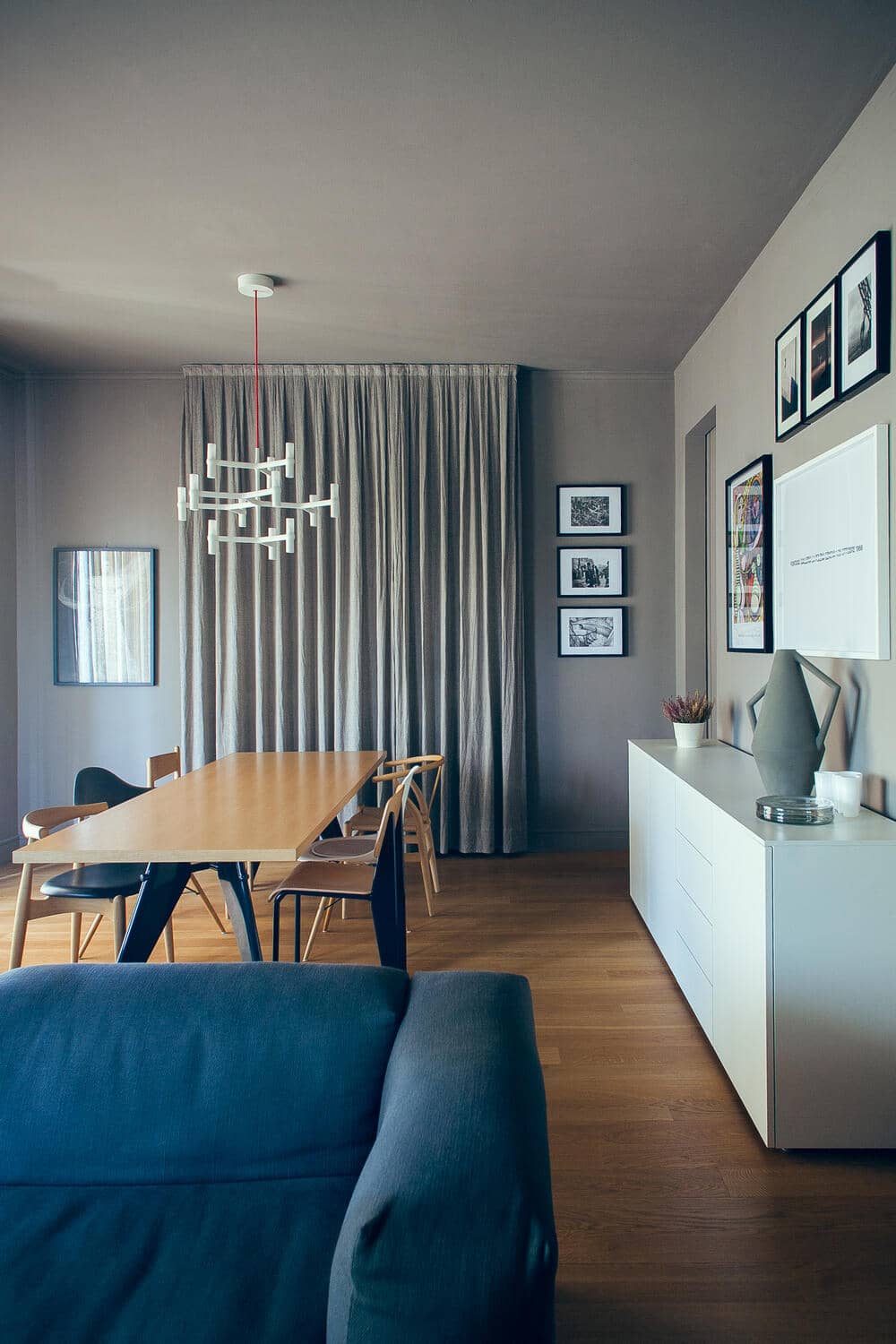 The result is a contemporary mix linked to our specific age group which add to the elements inherent in the 1950s and 1960s which belong to the era of the building in which we live.

Our needs are clearly right from the outset: A large living studio unifying two rooms and a small kitchen with separate lunch area. The living room opens up in summer to the foliage of the trees in a private park, whilst in winter, when the trees are bare, it opens up to the Bramente towers of Ducal Square. 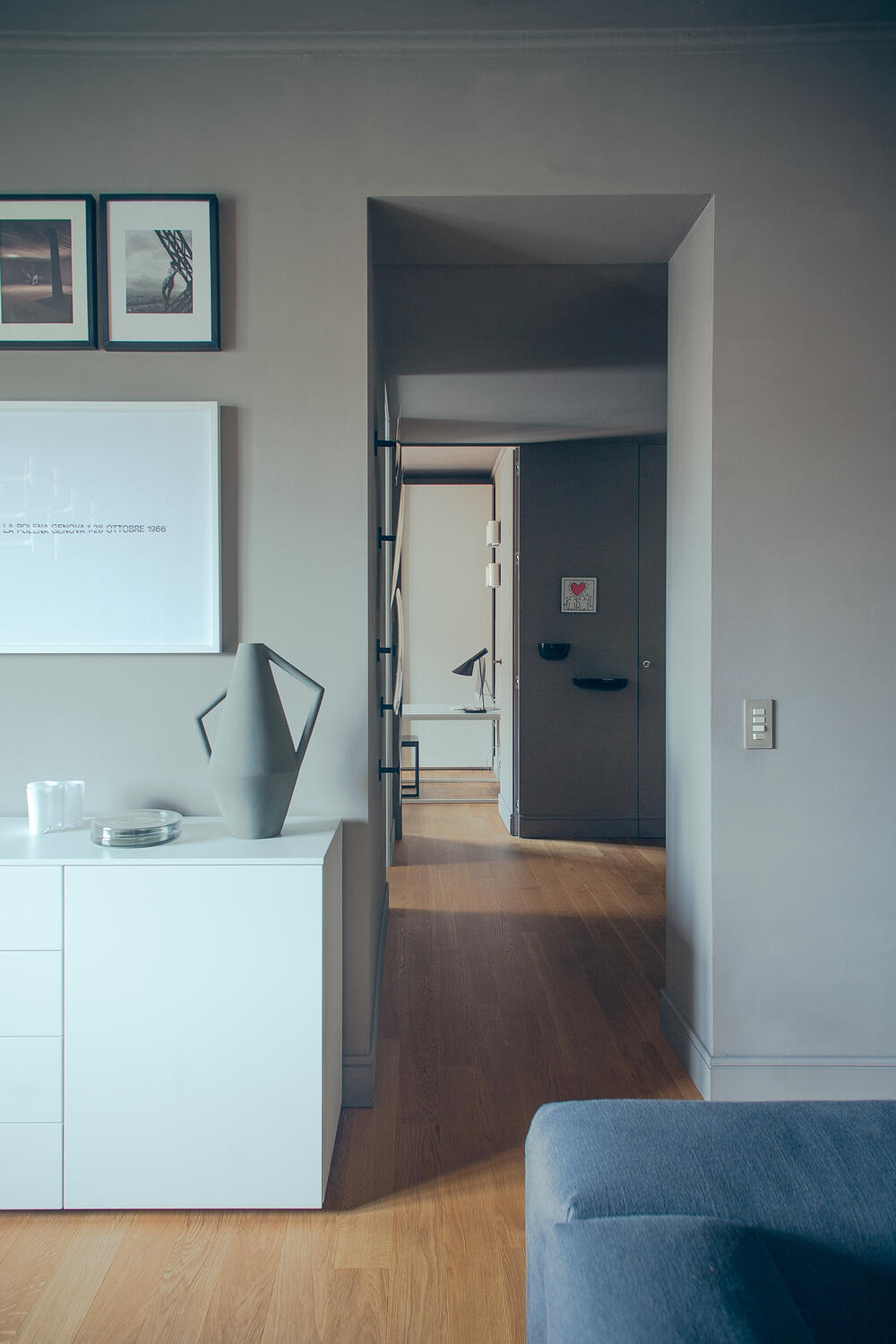 The idea of the project is simple. A parquet made up of pavement and durmast and the use of dark grey tint on the walls has permitted the resetting of the local, with the task of making the various aspects of the design key components. The bathroom and the kitchen instead are characterized by the contrast between the black and white surfaces. The new window frames take on an aspect characteristic of the tripartite design of the 1950s meanwhile the inside doors flushed with the wall with the same colour as the walls and with applied skirting gradually camouflage themselves before disappearing. 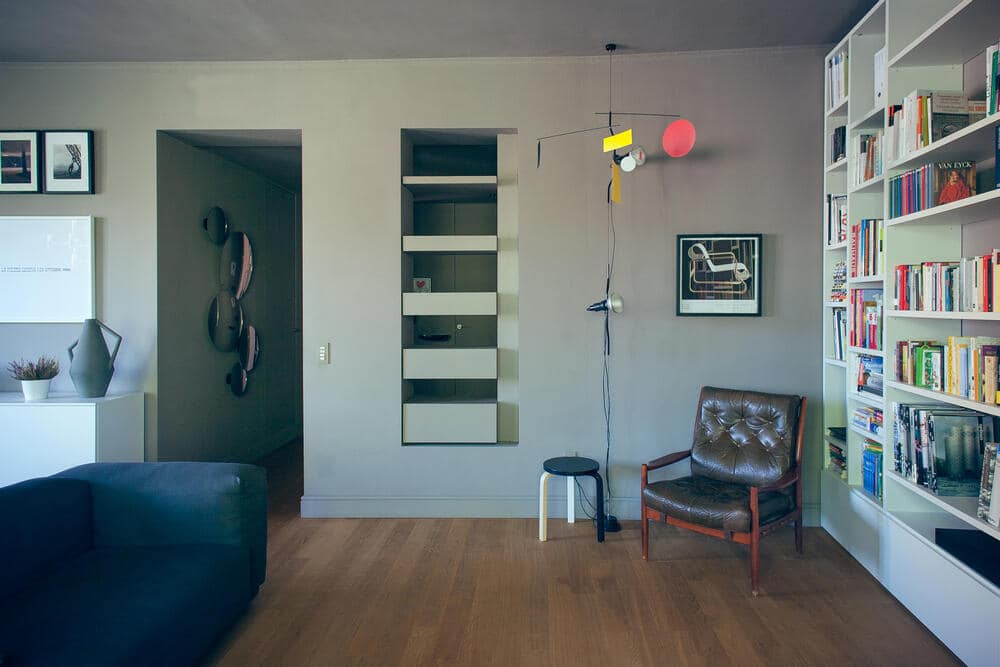 The love for design represents the most important element which is to be found inside the apartment, various furnishings and graphic designs by Fronzoni, the table by Prouvè represent the age of the building of iconic sessions of Nordic design. Divan, bed bookcase and furniture are elements beholden to the contemporary language. The whole union represents the historical counter point which inspires the prime idea of the project. 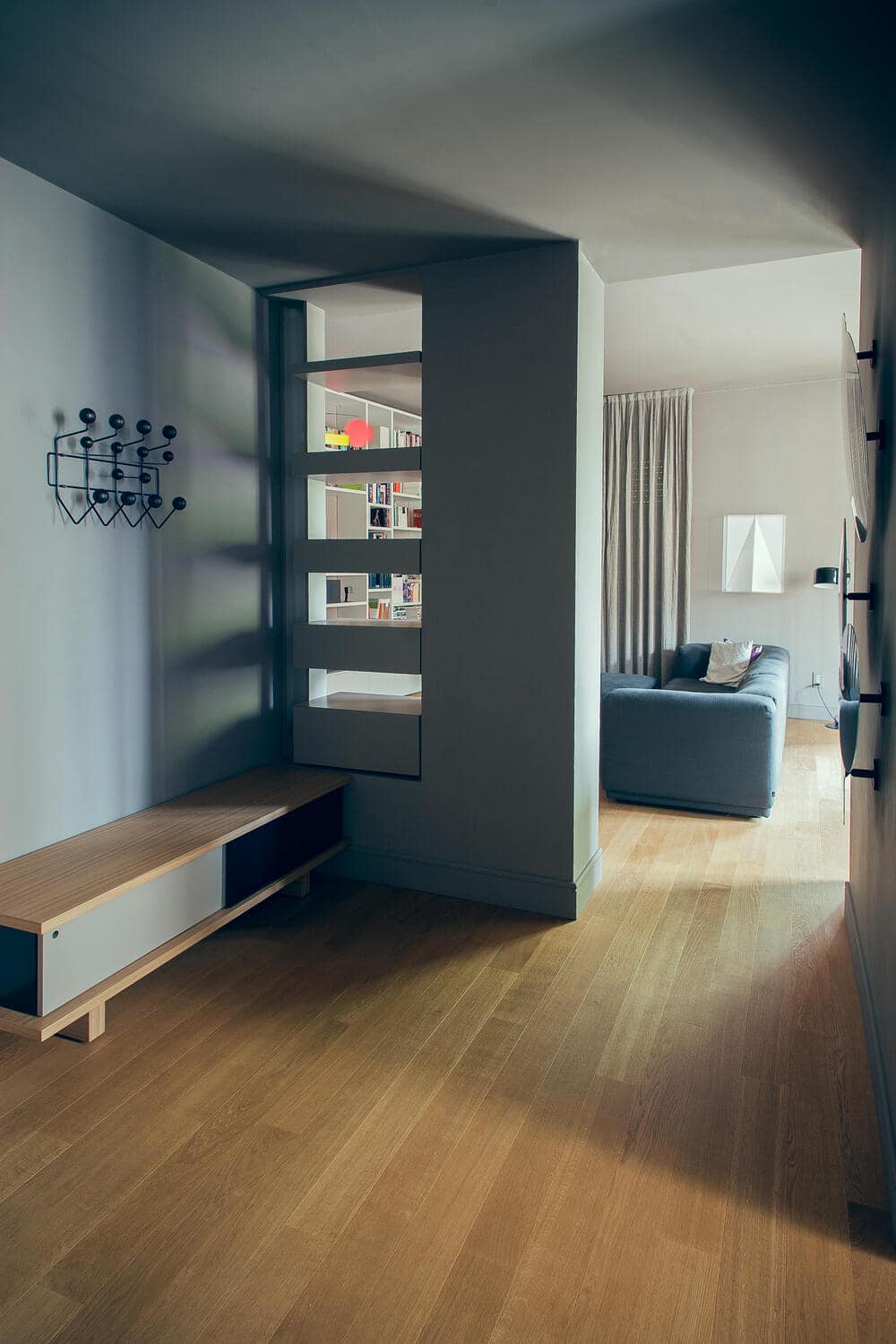 The wooden durmast, the black and white surfaces are elements which characterize the project making up a global image apparently so simple but which reflect the many different charms of the small staircase, a project made up of various little details which spring up whilst being observed. 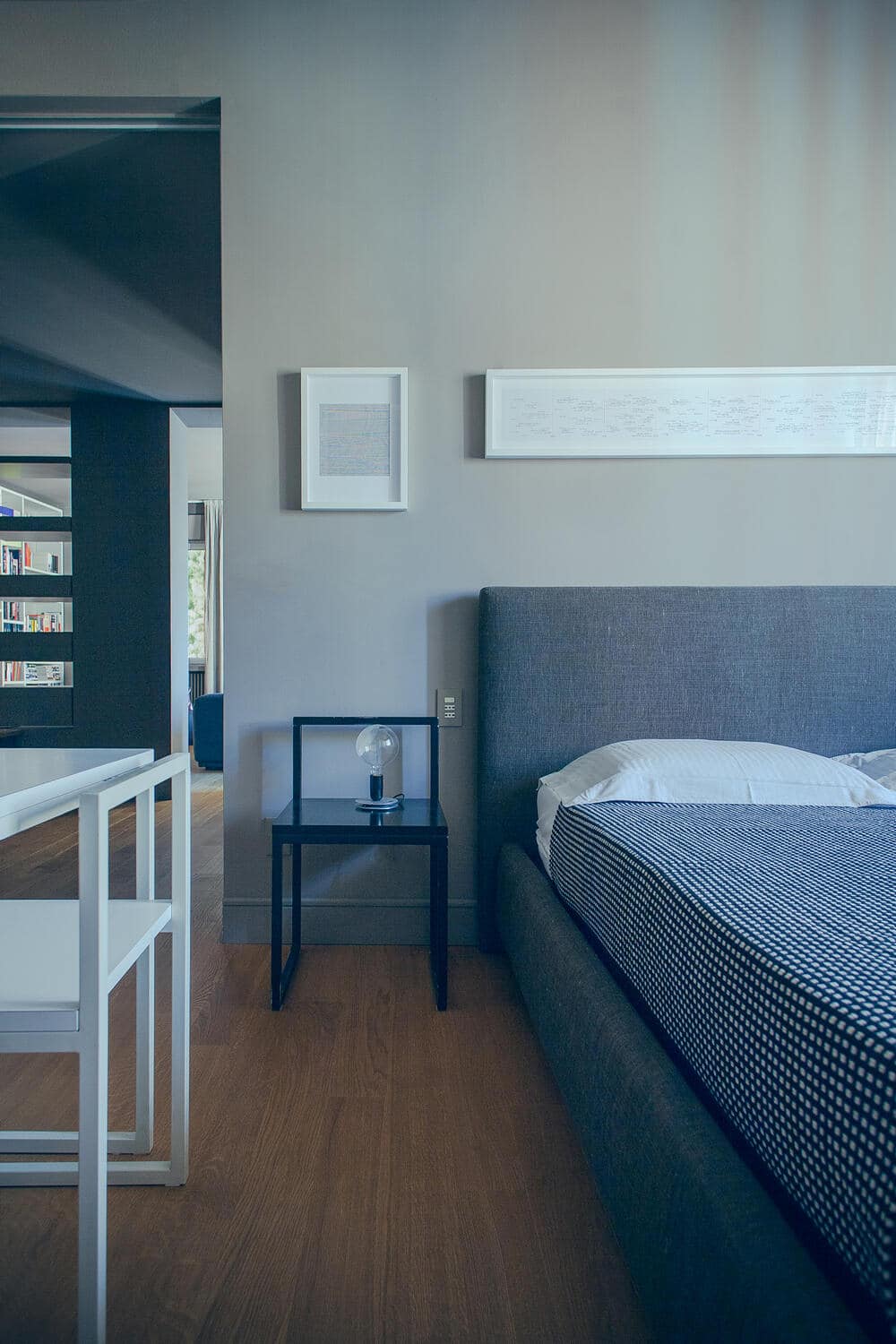 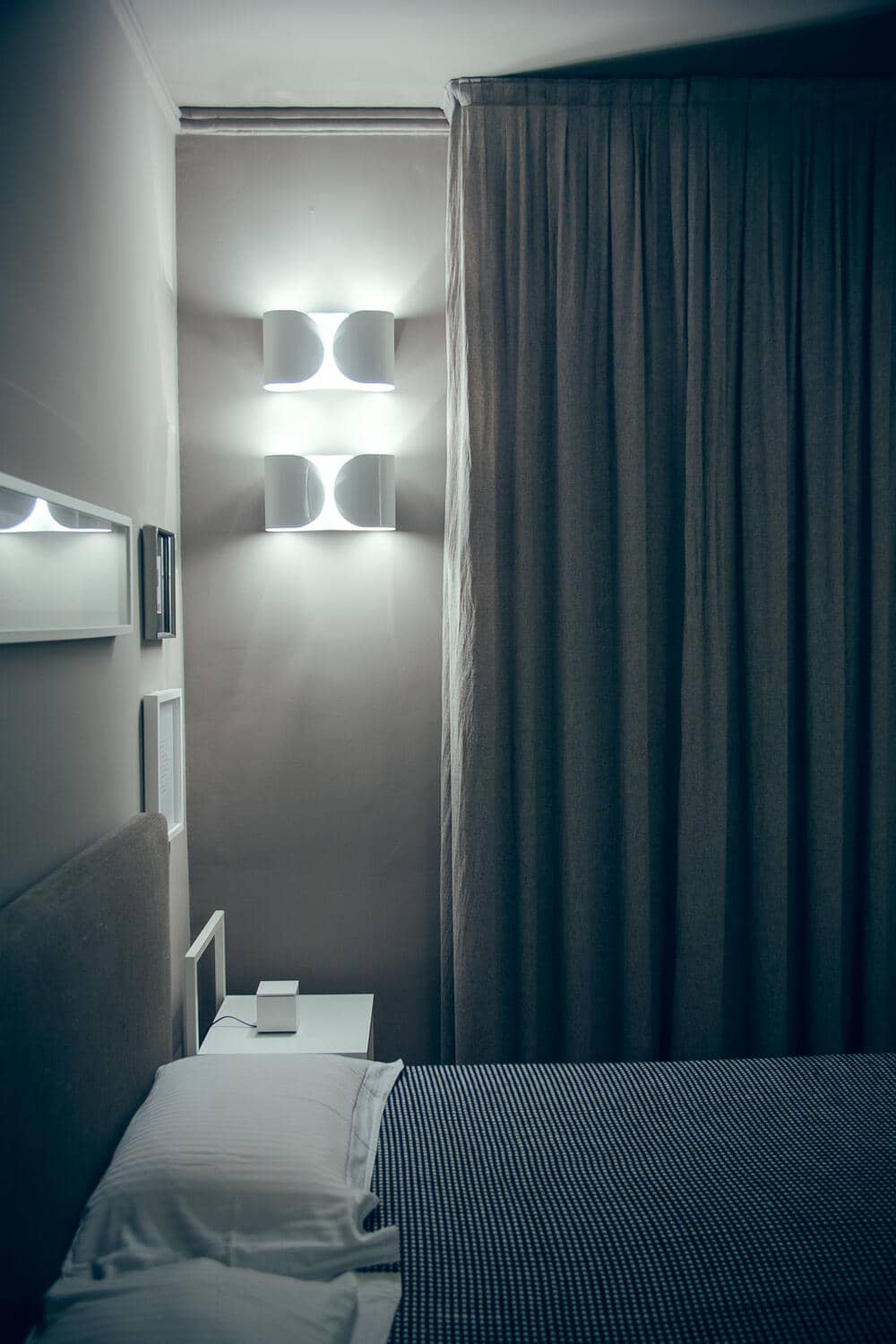 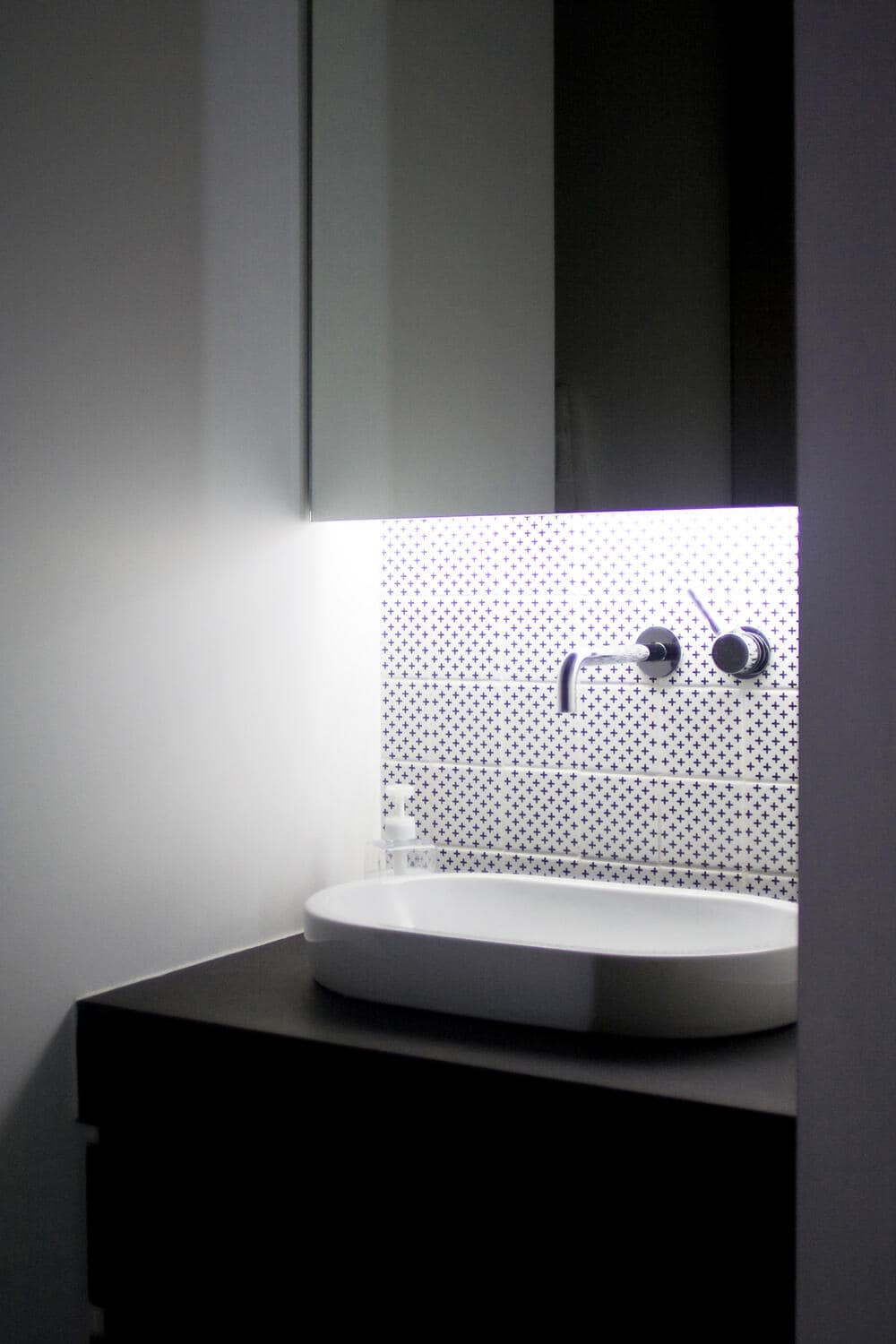 A Bachelor’s Pad Designed with Black, White and Gold

Interior of an Apartment in Residential Complex ‘Nasledie’, Moscow

Tokyo Apartment Renovation by I IN Studio

Style and vibrant tones in Madrid, by Marengo